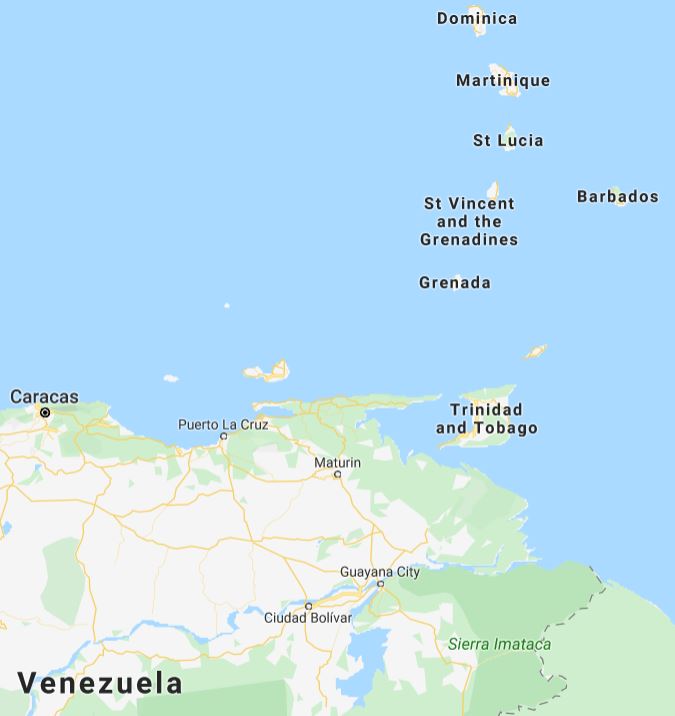 Note: This is a parallel of the Compact of Free Association that the U.S. has with three other countries OTL.

Yesterday, I finished re-reading In at the Death. While there were some characters I found to be somewhat boring, I was surprised that I totally forgot about Boris Lavochkin.

Besides that, I'm glad that I found the book to still be enjoyable to read. 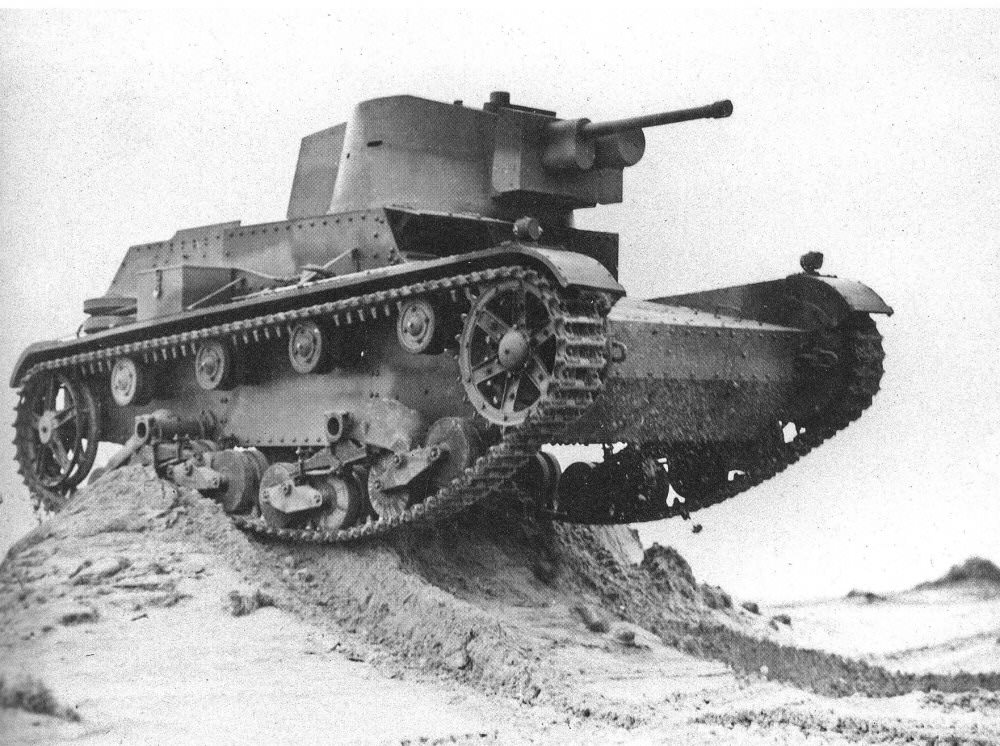 A 7TP Barrel of the Polish Army in maneuvers, circa 1937. 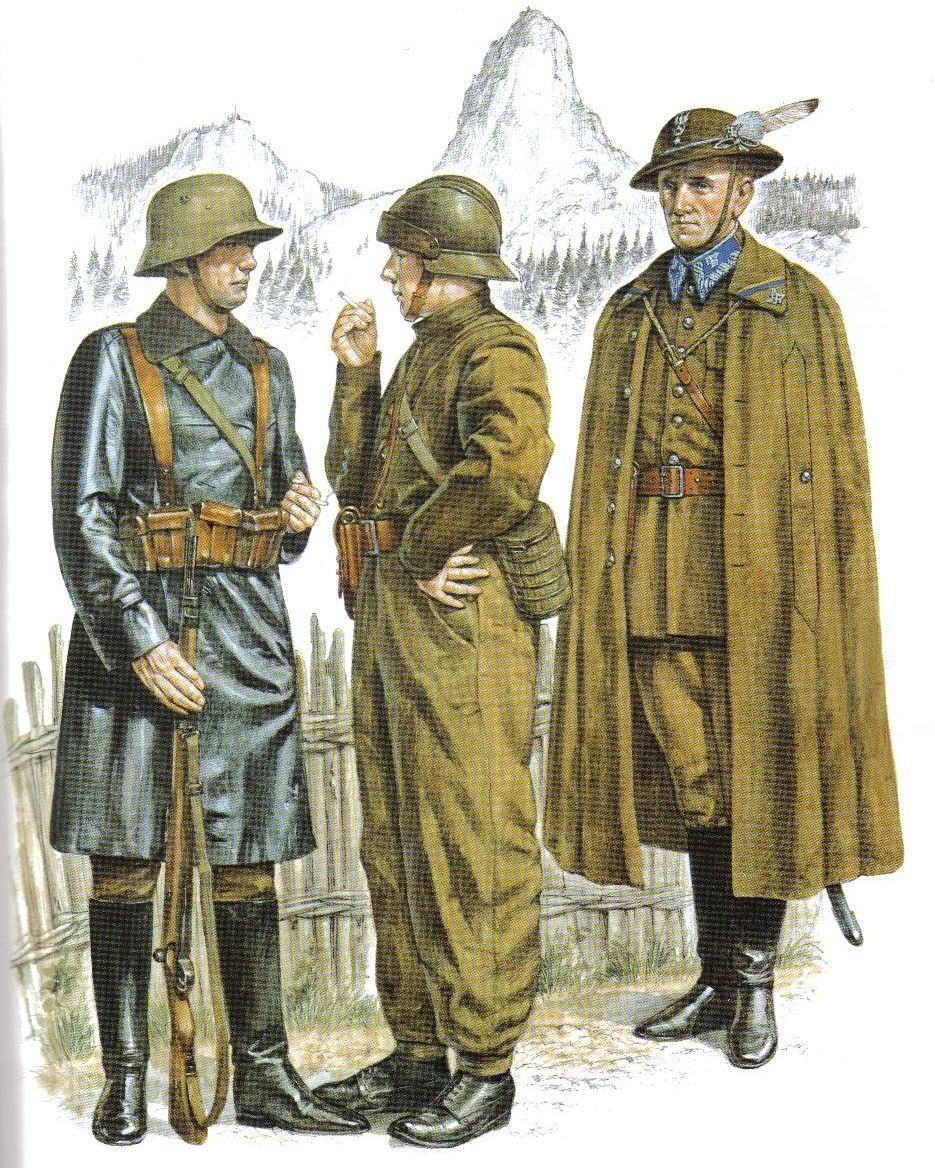 From left to right, the uniforms of the Polish Army, a Private from the 10th Mechanized Cavalry Regiment, a crewman of a Barrel, and a Mountain Trooper Lieutenant. 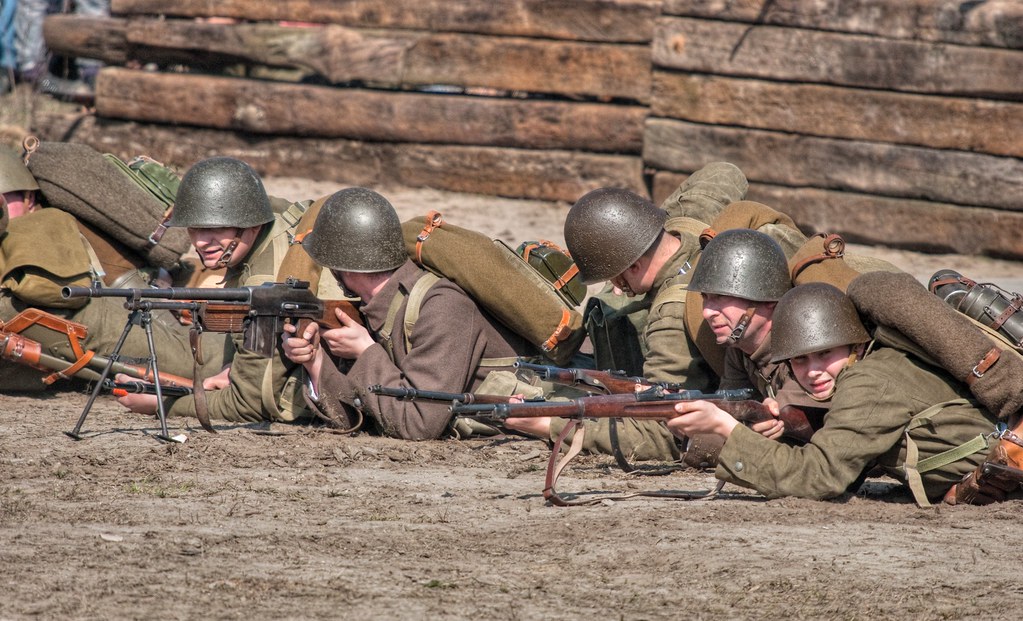 A Polish army squad engaging Russian Troops in Belorussia, circa 1942.

Polish Cavalrymen conversing with their allied German soldiers in Eastern Poland, circa 1942.

A dubbed scene from the German SGW documentary "England's War in Color", 2004

The one key person missing from the trials is the British Empire's ruler, now the English King, Edward VIII.

When there are widespread calls throughout Europe and North America to prosecute the British Emperor himself, there is a flood of letters to head of the victorious powers.

Letter #1: "To the Honorable General Guderian, we have nothing else remaining from the United Kingdom, except our King. If something were to happen to His Majesty, we would lose that which defined us as a united people."

Letter #2: "The King made an alliance with Featherston, the French King, and the Tsar to go to war against the world. If this man is allowed to escape punishment, there will be no justice!"

Letter #3: "If it ever happens that His Majesty is brought to trial, many English would hold a tremendous hatred to all Germans. I beg you with this petition written in my blood."


*cheers of GOD SAVE THE KING from the crowd*
​
With a new great game looming, the Americans are able to convince the Germans to not bring the English King to trial. Instead, he is sent on a series of carefully-orchestrated tours of his destroyed nation. On the 4th of June, 1946, he arrives in London. It is hoped that Edward VIII will remain a powerful symbol of continuity with the past.

*cheers of GOD SAVE THE KING from the crowd*

Oxford student, John Kearsley: "We cannot deny that we had high hopes for old Britain. But the fact is that the government of Mosley and Churchill totally ignored reality. Our nation foolishly believed that we could regain and keep our Imperial Prestige. We must create a new nation from the ashes of the old."

*cheers of GOD SAVE THE KING from the crowd*

After four years of fighting, during which the former British Empire had lost 2 1/2 million dead, and killed up to 15 million overseas, the legacy of the Kingdom of England will be long... and painful. 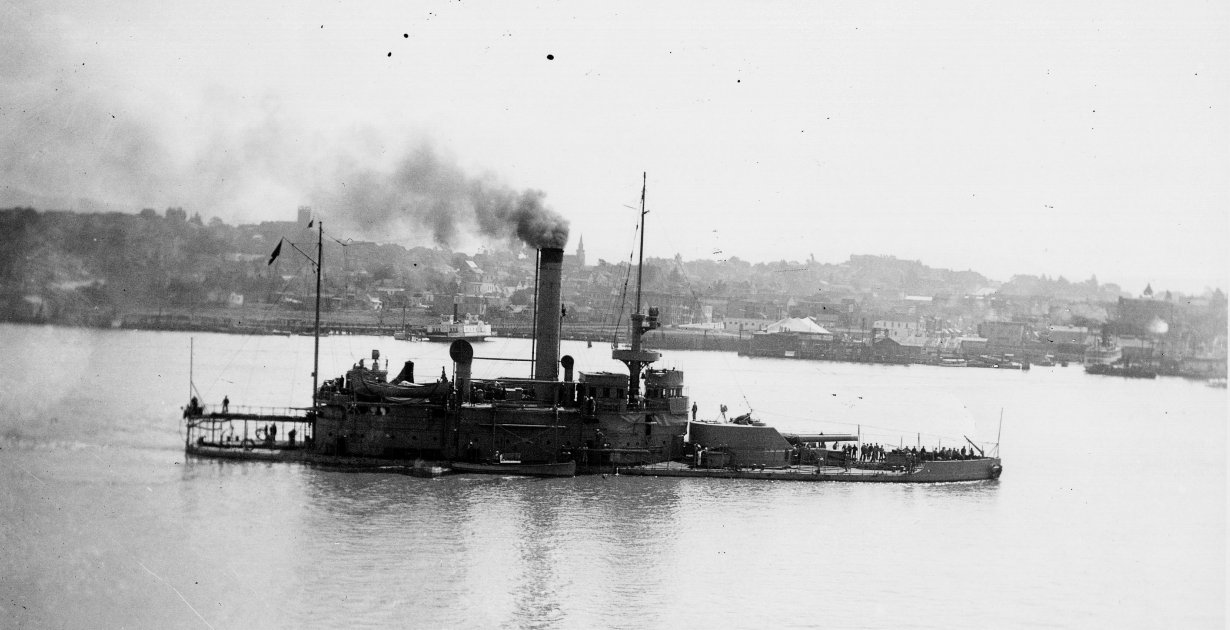 ^^^ --- Retribution-class monitor, USS Punishment (BM-14) sailing south on the Mississippi River, 1915. This picture was taken just before her chance duel with CSS Catawba. Although most operations along the rivers involved shore bombardment, guarding river convoys, and mine clearing, US monitors engaged in several noteworthy actions with their Confederate counterparts. 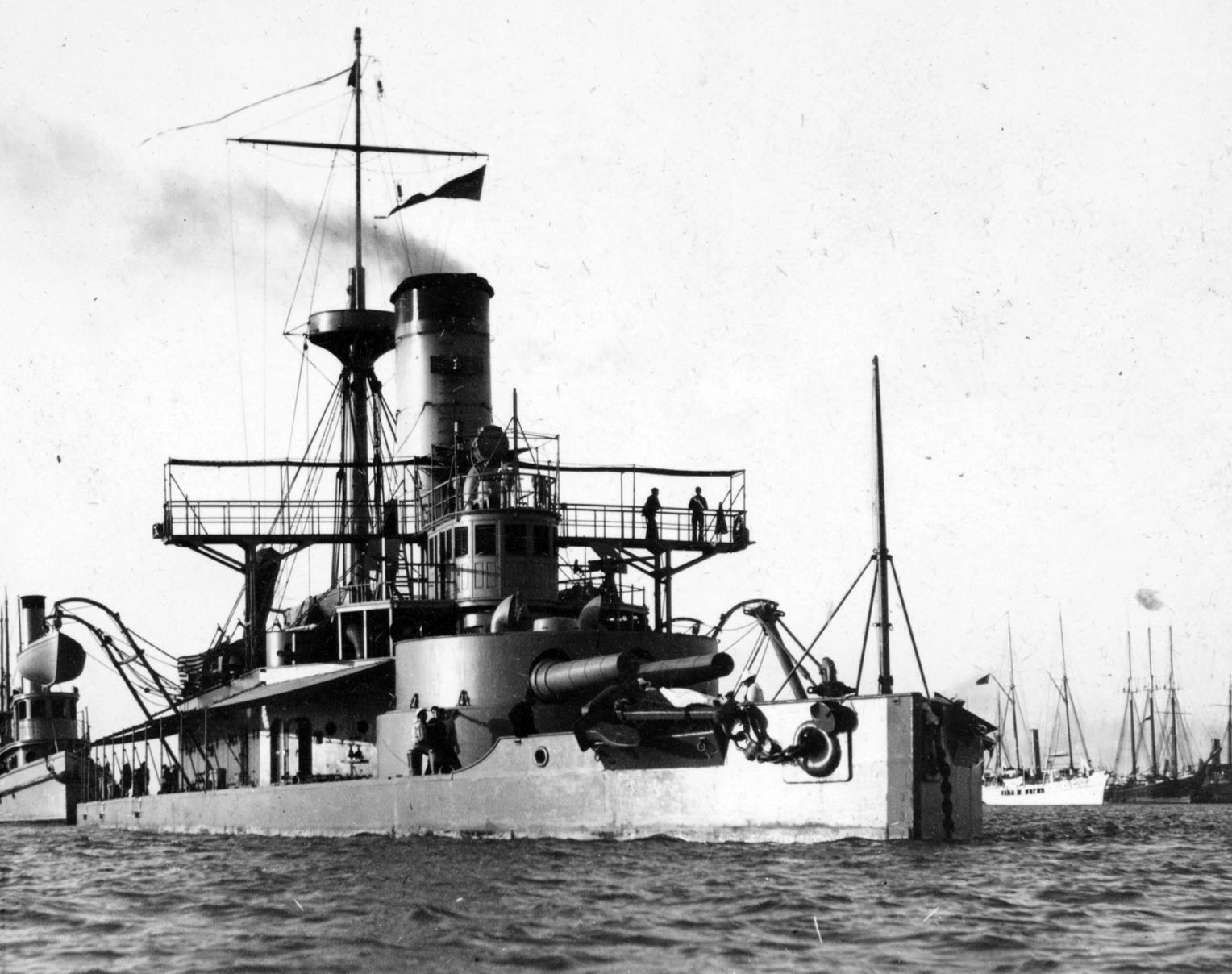 ^^^ --- Pontiac-class monitor, USS Metacomet (BM-5), underway on the Ohio River, 1914. She, like much of her class before modifications, suffered from poor ventilation, making conditions in the engineering compartments abysmal. As an older monitor, most of her career was spent assisting the US Army in offensive operations by bombarding Confederate positions, as well as guarding river convoys. 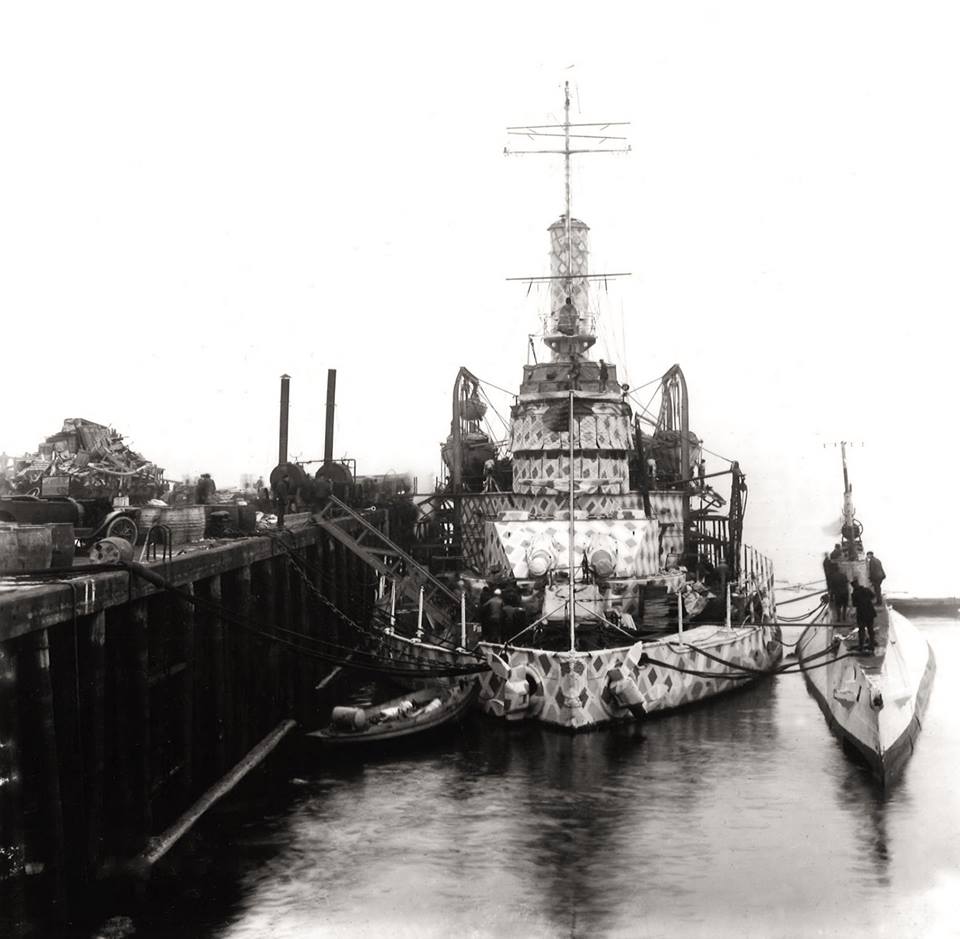 ^^^ --- Inquisitor-class monitor, USS Adjudicator (BM-19), taking on supplies for her role as a submarine-tender in Boston Harbor, 1916. Although rare, with such assignments usually going to other USN auxiliary ships, some monitors saw service in the Atlantic in submarine-tending roles. Here, Adjudicator is painted in a rare geometric camouflage scheme for her ocean-going operation. USS Archerfish is moored along side her.
Last edited: Oct 19, 2019

View attachment 492964
Confederate soldiers in Grove City, Ohio after capturing it in August, 1941

Historyman 14 said:
A Confederate solider greeting a family on his way to the front, 1943. Scenes like this would be very common I feel, especially as the war starts to go into the Confederacy. You'd see soldiers being able to greet their families just before they head to the front only miles away. 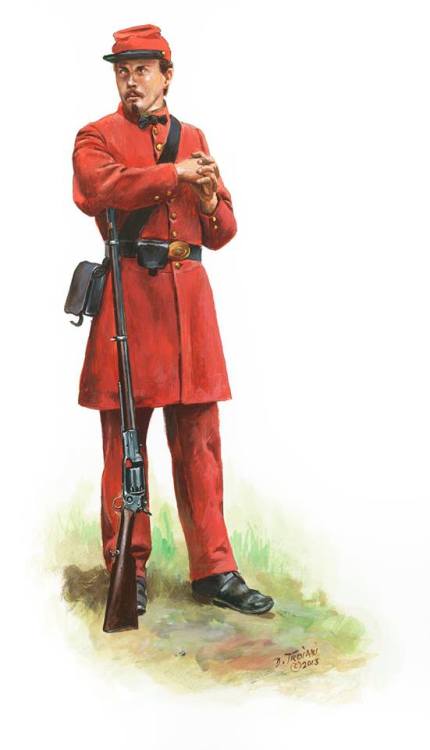 A Private of Company I, 11th Mississippi ,“ The Van Dorn Reserve”. They wore red jean cloth uniforms and were armed with Colt revolving rifles.


(OTL, but again, its fun exploring uniforms, more so with the CSA.)
Click to expand...

And apparently they wore bow-ties into battle. Remember kids, just because you're going to war doesn't mean you can't look fabulously snappy. 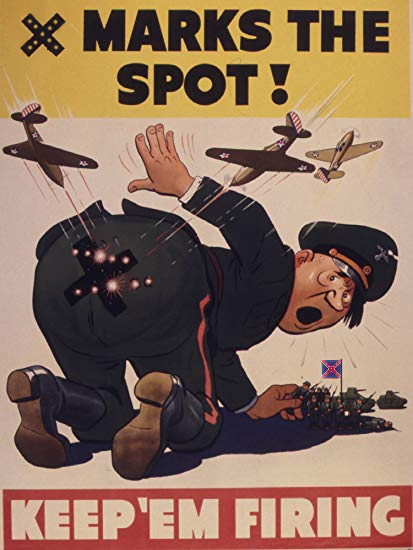 Behold! This little unique bit of history that would be very fun to play with.

There is something about these snapping turtles that makes them look less like war machines and more like toys...

Blenheim Palace, photographed in 2014. Following the Second Great War, Winston Churchill spent the rest of his life here under house arrest, spending his days writing, painting and receiving visitors (who had to be vetted by British and German intelligence beforehand). Churchill died a broken man in 1963, from liver cirrhosis.

It is believed that one of Oliver Bulleid's "light pacifics" would have been named after Churchill had Britain won the SGW; the fleet ended up being named after holiday destinations served by the former Southern Railway.


Allochronian said:
Yesterday, I finished re-reading In at the Death. While there were some characters I found to be somewhat boring, I was surprised that I totally forgot about Boris Lavochkin.

Besides that, I'm glad that I found the book to still be enjoyable to read.
Click to expand...

I did something on him some time ago using a picture of William Calley. 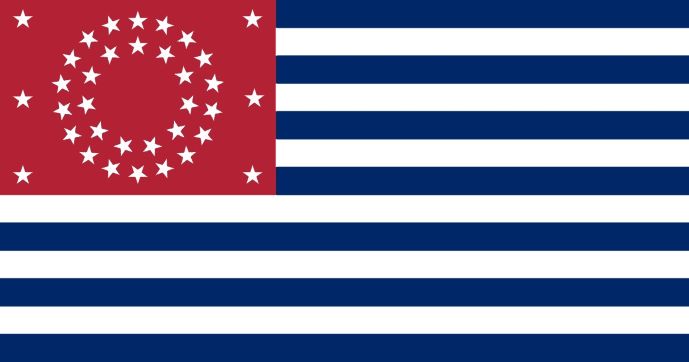 After the end of the First Great War, people in the USA and CSA wanted to move on with their lives. No one wanted there to be a war again and the USA would eventually rescind the CSA's war debts during the beginning of the Sinclair Administration. From 1921 to 1933, both nations attempted to reconcile with each other through a sharing of U.S. and Confederate culture. In the states of Houston and Kentucky, a new political party was developed to help former Confederates integrate to American society. The American Freedom Party was founded some time after the creation of the Freedom Party (Dresser) in the Confederate States. Despite the name, the party was a pro-US and pro-CS organization. The name "American" referred to citizens of both countries, since they both considered themselves to be Americans. Before U.S. victory in the First Great War, terms such as "the Union" and "Unionite" were still used to refer to the United States and U.S. citizens, respectively.

During the rise of Featherston, the party became more influential in Houston (state) and Kentucky by gaining seats in Congress. The party was influential in helping Houston and Kentucky to vote returning to the CSA. Sequoyah also had strong support for the party among the Native Sequoyahns, but it was mostly underground due to American immigration into the U.S. territory. The party adopted nearly every exact platform that the Confederate Freedom Party had, such as Anti-Black sentiment, plebiscite demands, Pro-Capitalism, and Anti-Socialism. Where they differed was their commitment to peace. The party campaigned strongly against any war between the American nations. It's flag was that of a reverse-color 35 star U.S. flag.

However, once war between the USA and CSA started and when evidence emerged of the mass killings of Black Confederates, the party was disbanded due to overwhelming unpopularity. The party mostly remains a large footnote in USA history and its symbolic flag has never been made illegal to show in the United States, although the more educated person would probably frown and shake their head upon viewing such a sight.

Confederate soldiers of the 1st Virginia Regiment, Army of Northern Virginia are seen here taking up in Fredericksburg; circa December, 1941. 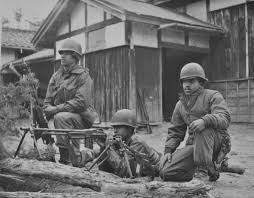 Map of the United States of America ONLY, ca. 1997 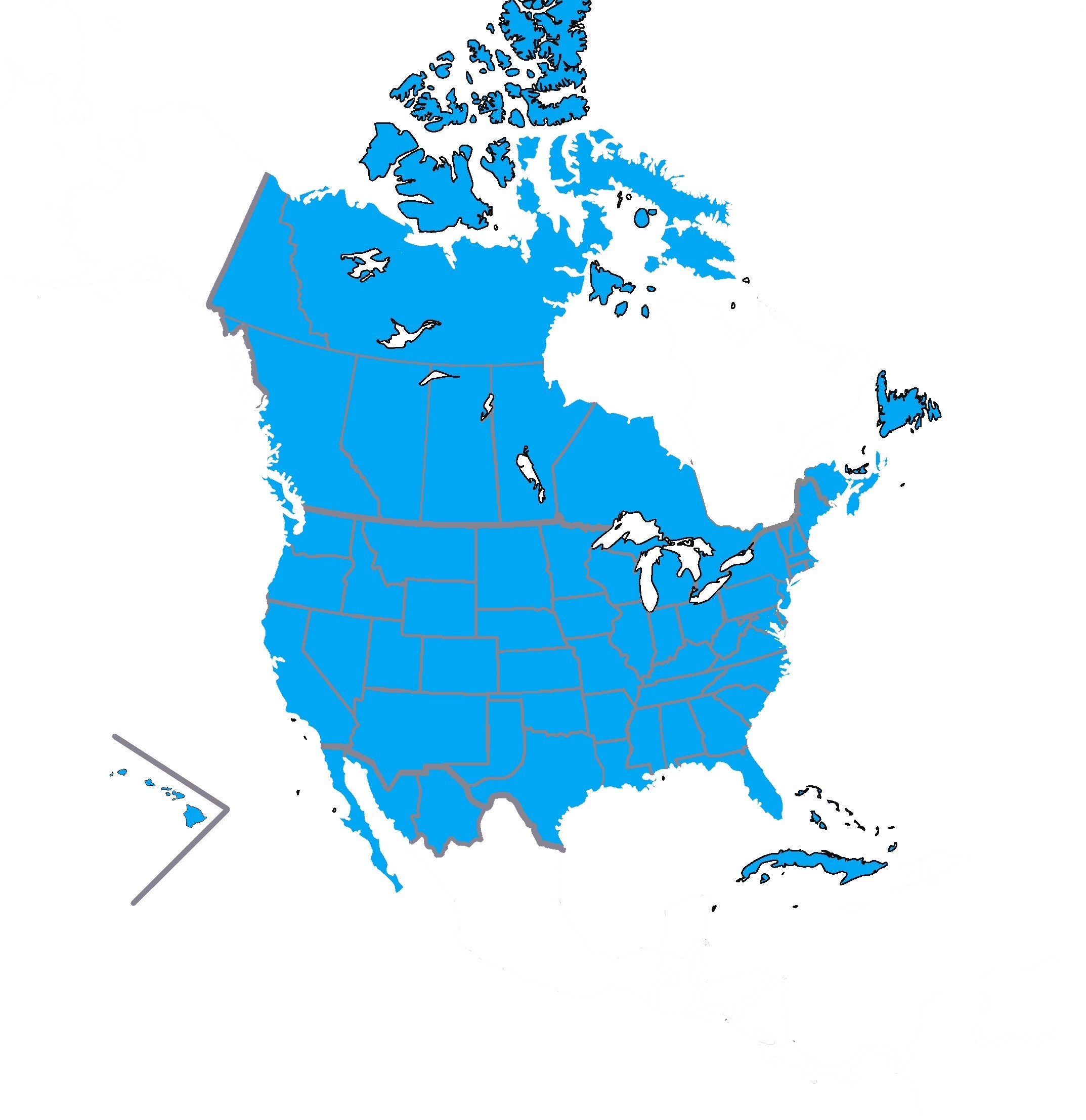 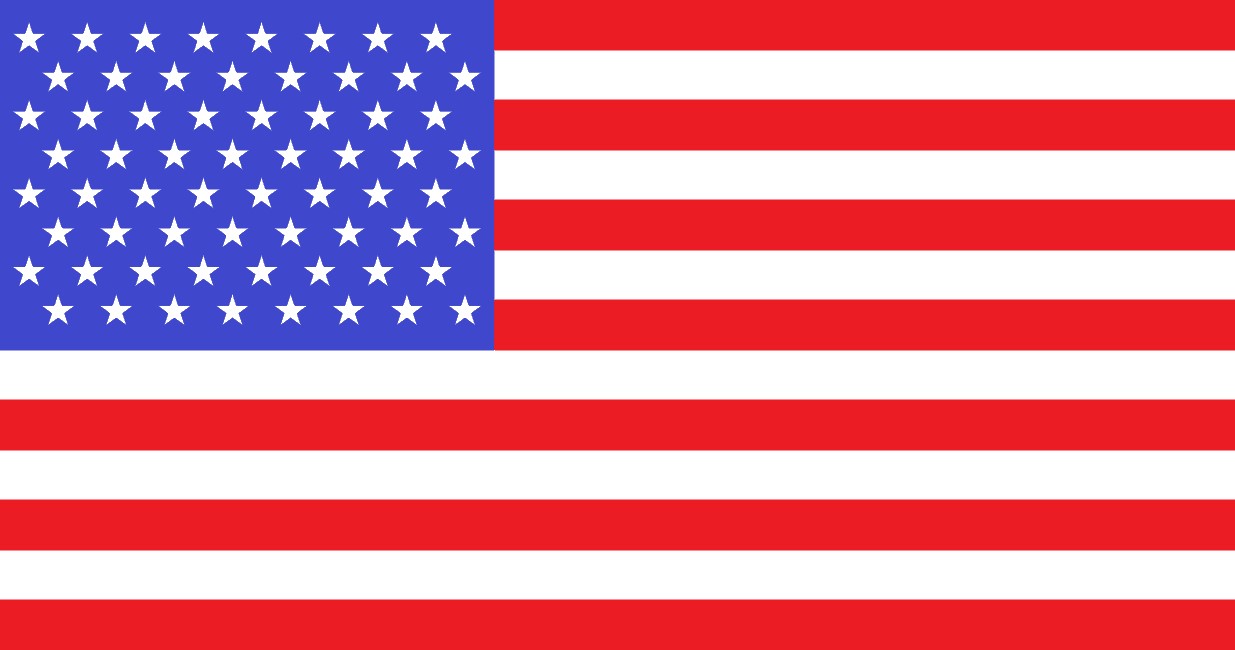 MYSTERIOUS PAINTINGS SHOW ANOTHER WORLD?​
On the 100th anniversary of the US defeat in the War of Secession in 1962, mysterious paintings began making the rounds which depicted a 'alternate reality' where the War of Secession (called the American Civil War In the paintings) ended in 1865 and in a US victory, no less. No one has come forward to claim ownership of the paintings. Rumours soon spread that they were done by a Second Great War veteran who made the paintings to deal with his PTSD, others suggested that the paintings were done by a refugee from the former Confederacy, wishing for a better world. The most insane theories suggest that the paintings were from a alternate reality. The only thing that can be agreed upon is the painter's alias: John Brown.

A battle which within the painter's fantasy, took place near Sharpsburg, Maryland. It apparently took place in place of the Battle of Camp Hill and ended in a Union victory. 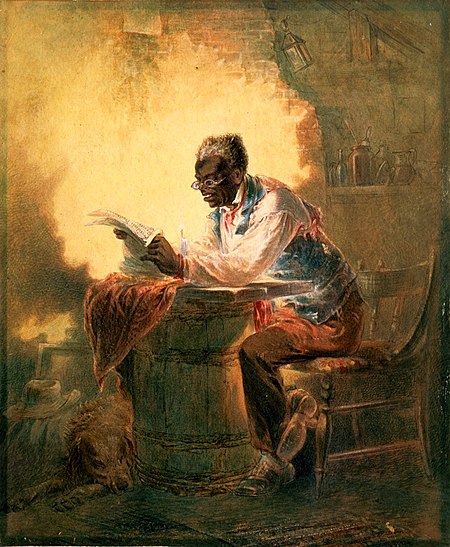 A black man reads the Emancipation Proclamation, which, according to the description of the painting, was released five days after the battle near Sharpsburg. 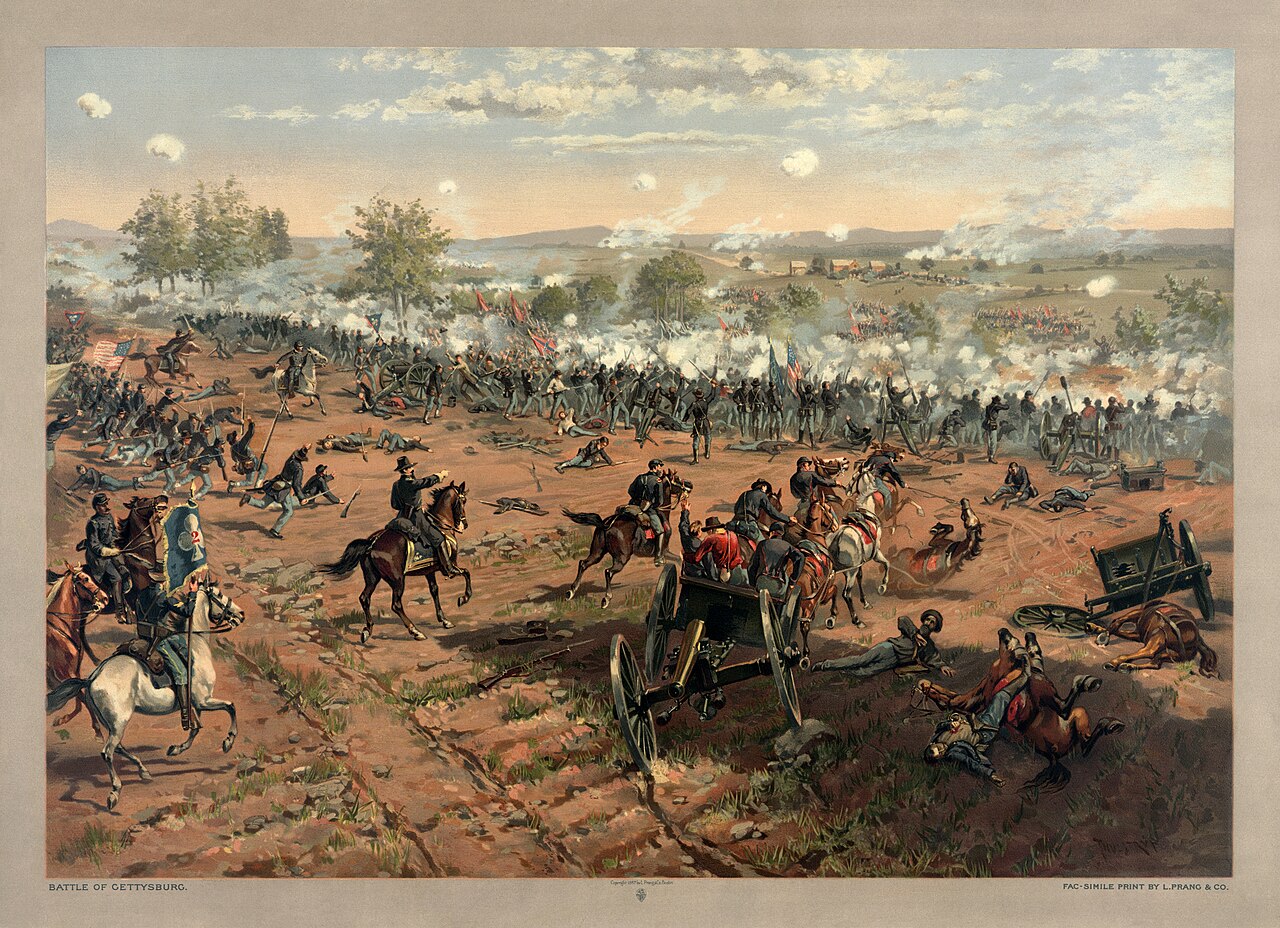 A battle near Gettysburg, Pennsylvania in July 1863

A siege taking place in Warren County, Mississippi. According to the description, this siege, taking place from May to July 1863, cut the Confederacy in half by allowing the Union to seize control of the Mississippi. 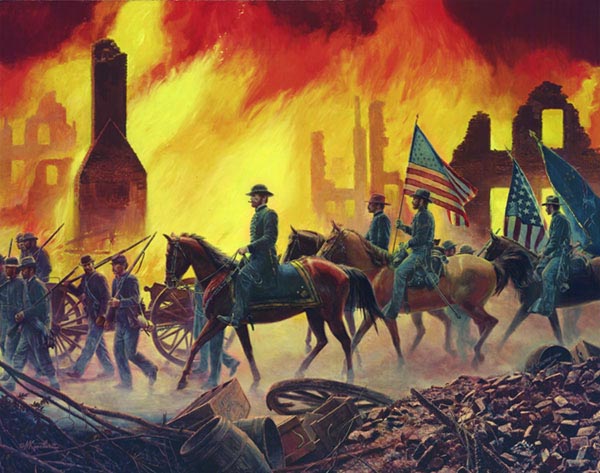 Georgia burns at the hands of William Tecumseh Sherman in November 1864. 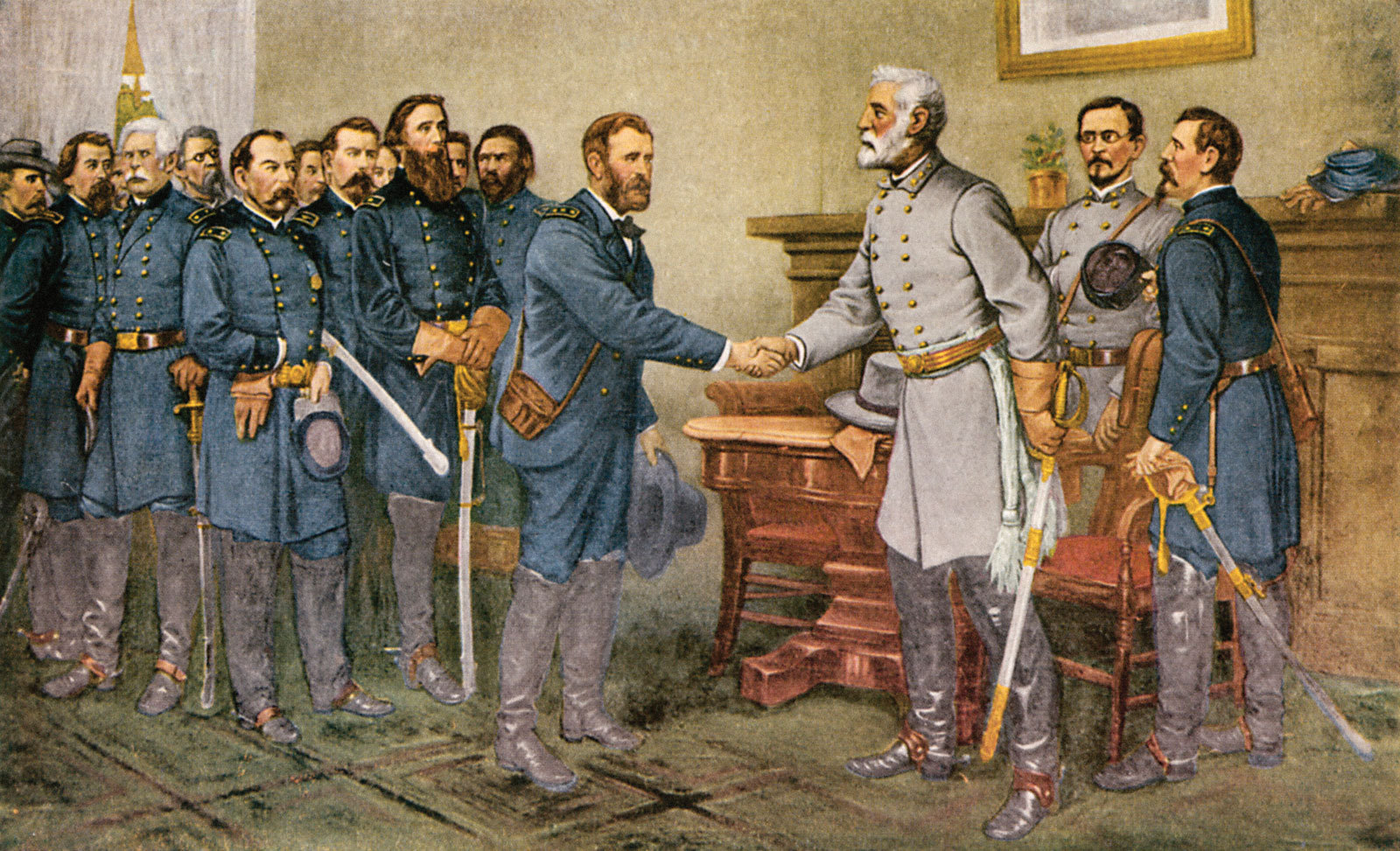 These paintings, while a curiosity during the '60s, soon faded into obscurity, only discussed by conspiracy theorists or those who speculated in historical fiction. However, recently, these photos have been brought back into the spotlight, not by another painting, but by a photograph, released on a War of Secession historical forum by someone using the same alias as the mysterious painter. 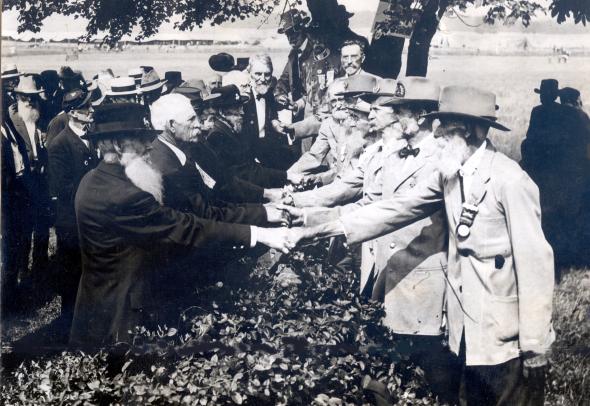 This photo was allegedly taken at what the poster called 'The 50th anniversary of the Battle of Gettysburg'. It supposedly depicts Union and COnfederate veterans shaking hands in a sign of mutual respect and brotherhood. 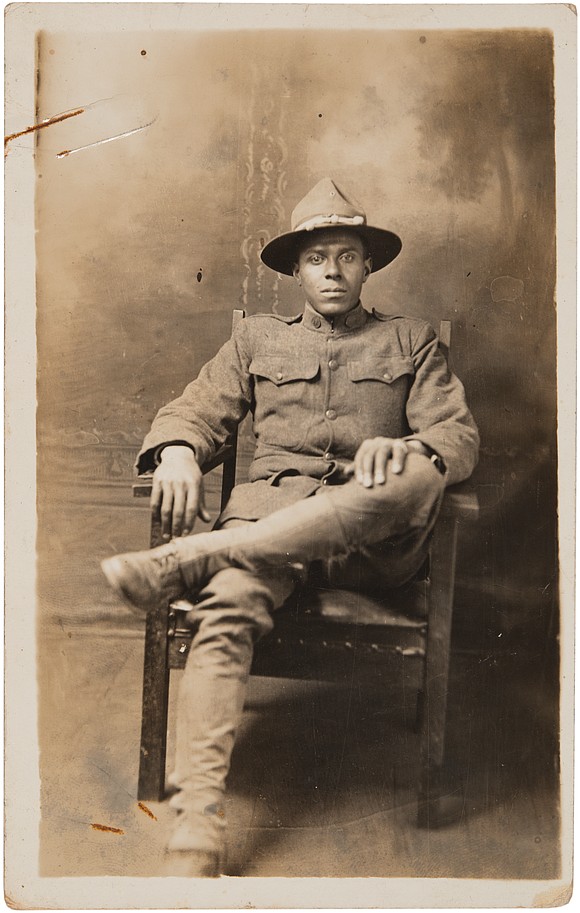 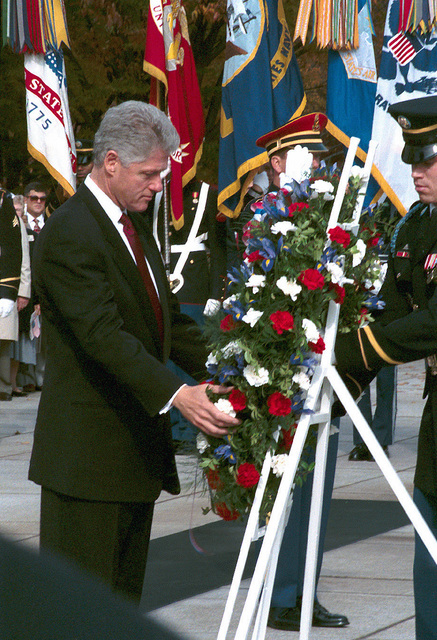 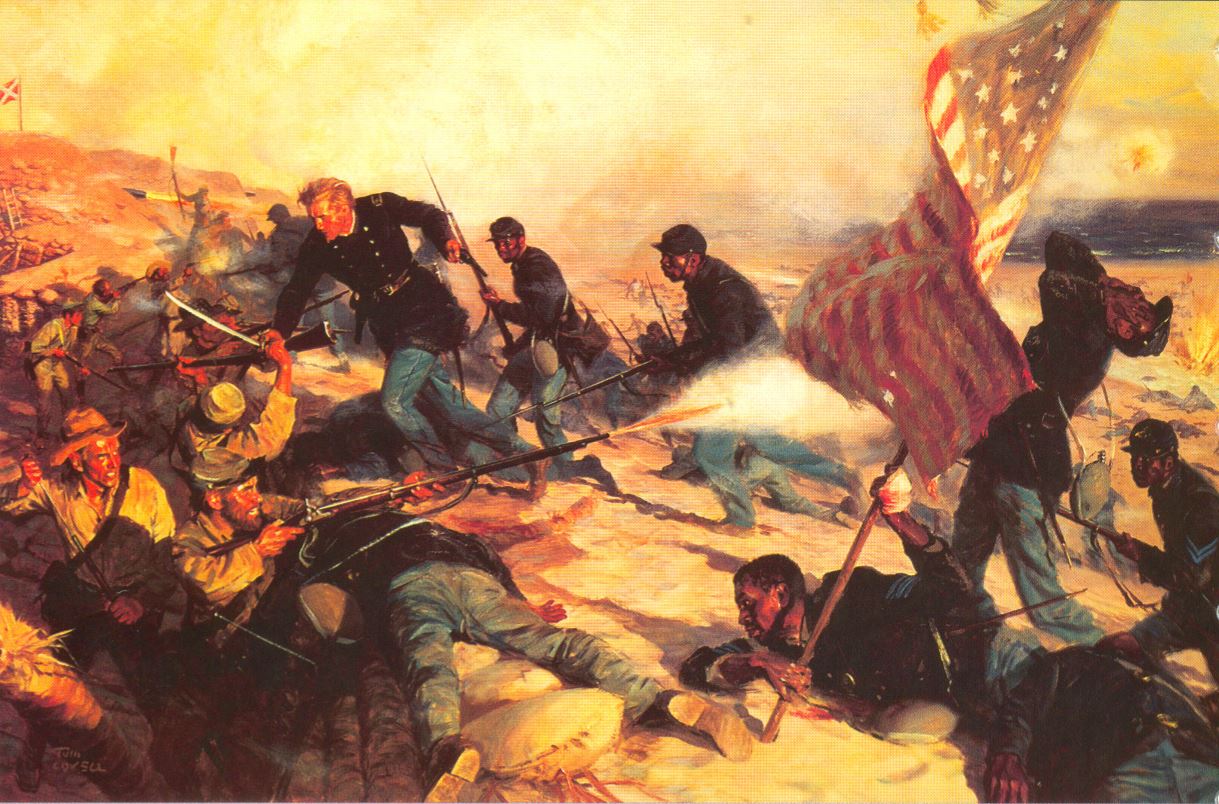 A fan-painting from Tom Lovell based on a scene from the Northern Victory/Antietam Timeline series written by Larry Frenchen. The scene, influenced by the Battle of Island Mound, depicts Black Union soldiers fighting against Confederate soldiers somewhere near South Carolina from the first book of the series, titled A House Divided Cannot Stand.

Allochronian said:
Map of the United States of America ONLY, ca. 1997
View attachment 496561