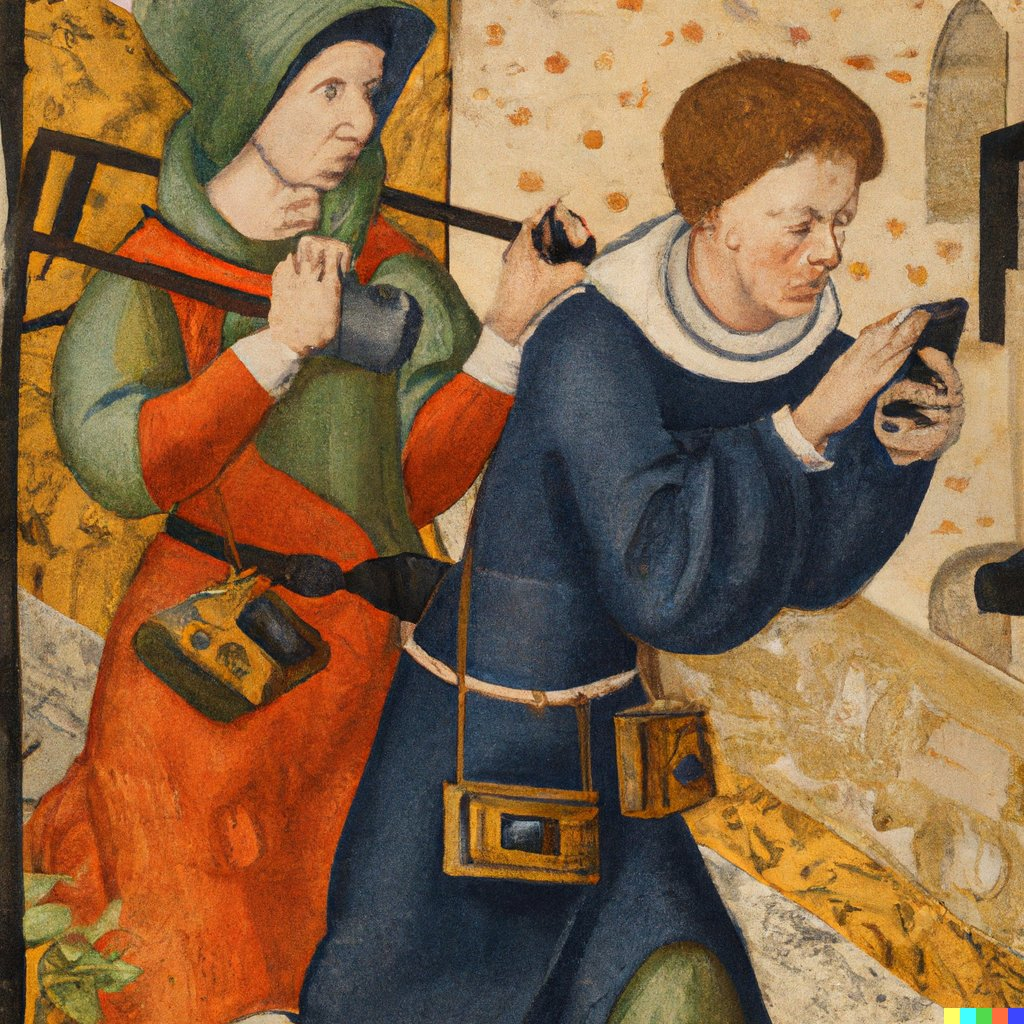 The source can be found over on r/dalle2. 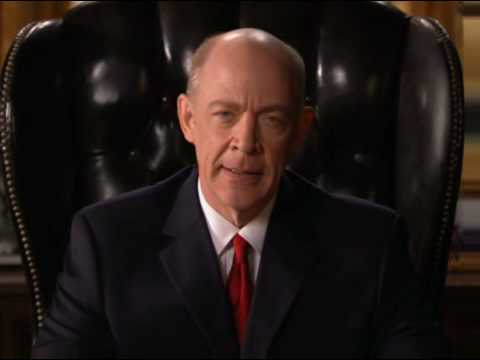 Hell's Eden: A History of the Lost World

​
Forged from the violent clash of volcanic island chains, coral reefs and continental break off, along the intersections of the Indian, Australian and African Tectonic Plates. The Devil's Islands commonly called the green hell have captivated and terrified the known world. First documented by Portuguese explorers during the Age of Sail who reported the Isles to be home to great feathered dragons. Yet it wouldn't be until the Morrison Expedition of the 19th century the Devil's Islands would be truly explored and archived. Discovering the last remnants of a prehistoric world that long predated man, these Isles were home to the last of the dinosaurs.

The Devil's Islands unique history and environment have given rise to some of the most breathtaking & terrifying creatures in the past 60 million years. Above is an albino Diablo Oculto an abnormally vicious and clever specimen, who's species is infamous for their camouflage abilities reminiscent of octopi. Has now found itself caught in a life or death struggle with an adult Kong. Distant cousins of the now extinct Gigantopithecus that were theorized to have arrived on the Isles via drifting. Living in similar social structures to African Gorilla's the above elder, a veteran of the Isles ecosystem managed to successfully fend off the Diablo long enough for his herd to escape and mortally his opponent. 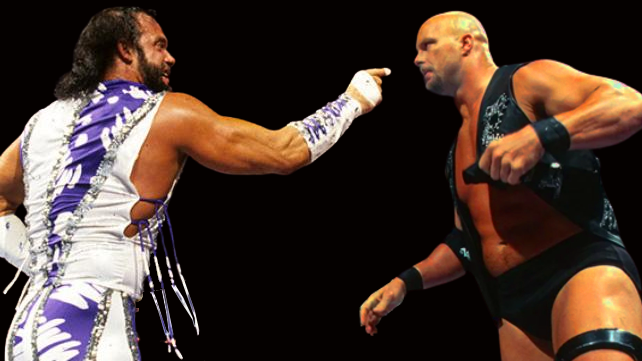 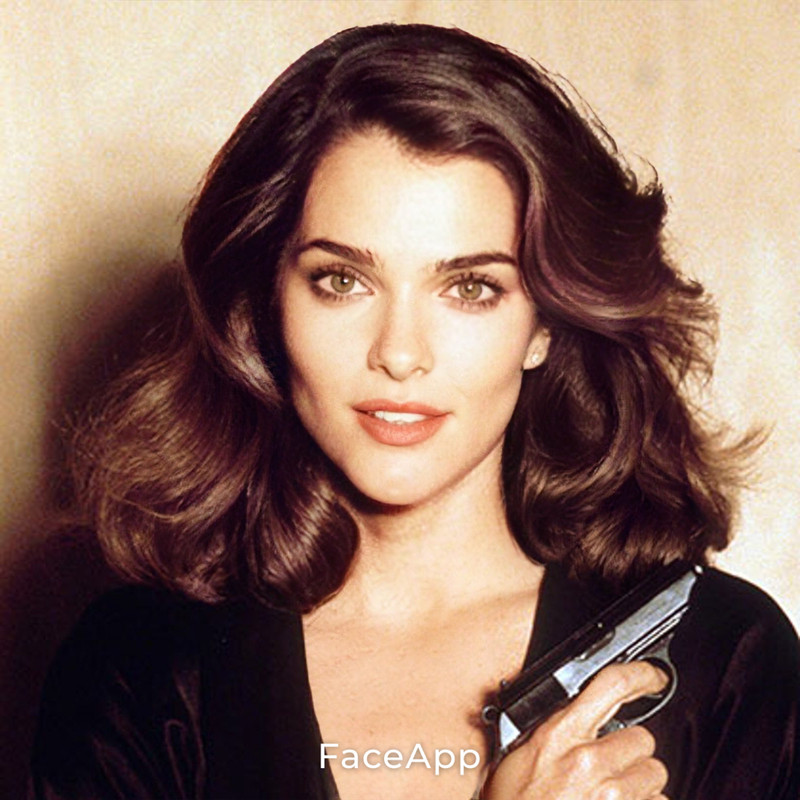 Rachel Weisz as Gala Brand in VENGEANCE NEVER SLEEPS (1997), an adaptation of the Ian Fleming novel Moonraker.
Last edited: May 2, 2022 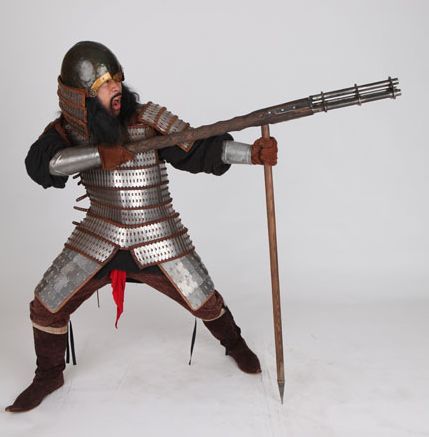 Sina Empire Missile Infantry - The expansion of trade links between the (Eastern) Roman Empire and China led to the proliferation of small arms. In the future, it was often used in punitive campaigns against northern nomads.

Hell's Eden: A History of the Lost World
II

​
While modern media has generally painted the ecology of the Devil's Islands has a uniform, singular ecosystem that has endured since the Cretaceous-Paleogene extinction. The truth of the matter is far more complicated, while it has been commonly monikered as a Lost World. It would be much more accurate to describe it as a series of "Lost World's" that violently clashed over the course of millions of years as volcanic activity and continental drift slowly shifted their position over millions of years. The volcanic refuge of the last of the non Avian dinosaurs finding itself intermingling with bizarre offshoots of Paleocene India and those mysterious strains of life from Coral Islands. In a 65 million year symphony of collision, expansion, recession and fracturing producing an ecosystem unlike any other in the globe. Home to predatory eagles that rival, possibly even surpass the lost Haast Eagle of New Zealand in size, mega constrictors capable of eating entire modern water bison whole and the last of the tyrannosauridae being just some of the most noticeable. With modern genetic analysis having discovered that some of the Archipelago's flora & fauna can trace its lineage back to the triassic period at least. The saga of islands rising only to recede thanks to periods of geographic instability and rising sea levels saw Hell's Islands ecosystem experience periods of vicious competition as it's wildlife were restrained to less and less land. Producing what is perhaps one of the deadliest and hostile ecosystems in the history of the Earth. 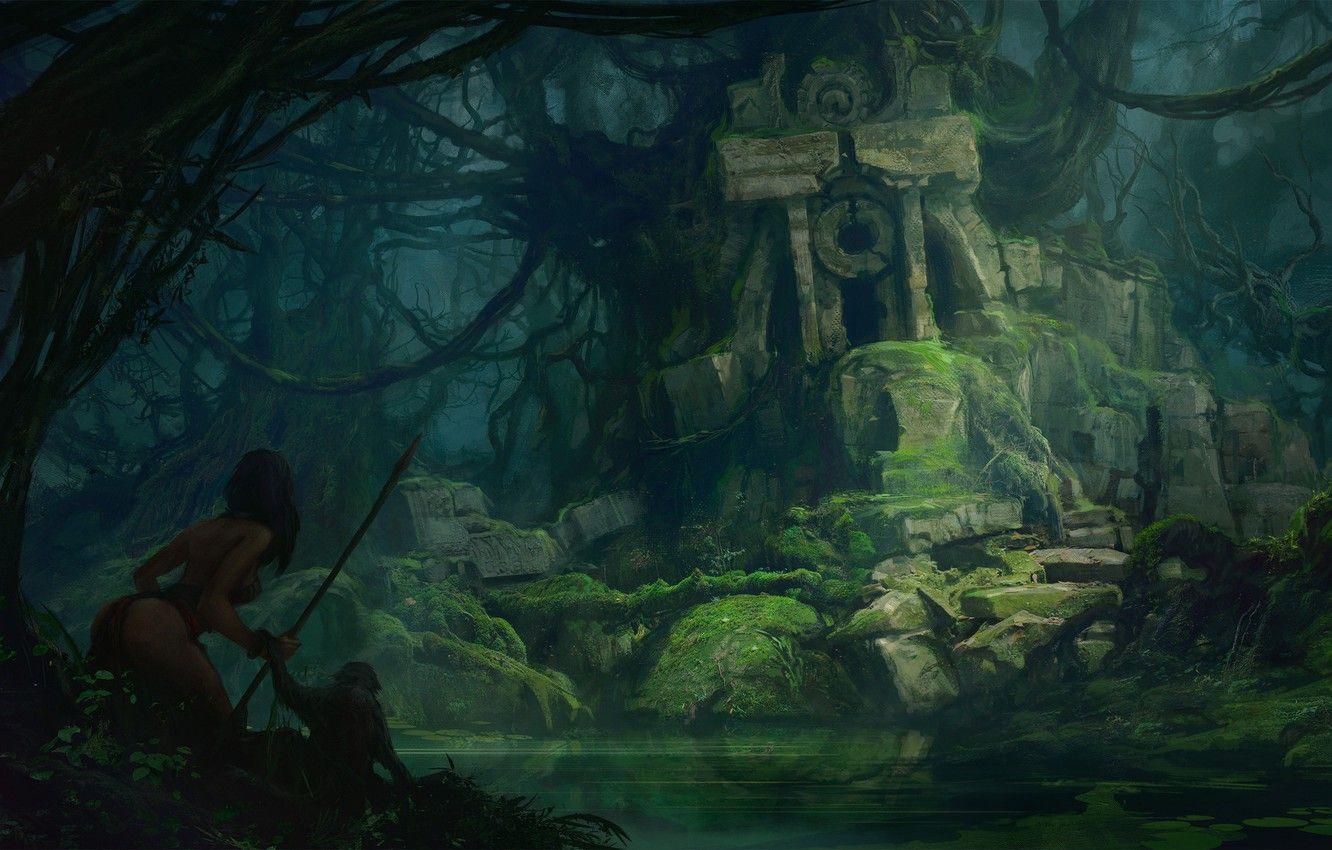 ​
Yet one must remember for all the dangers of Hell's Eden human habitation had long preceded the Morrison Expedition to the fabled Archipelago. Descended from the waves of Austronesian migrations the first modern humans arrived on the Green Hell roughly 4,000 years ago. With sporadic additions from shipwrecks up until the 19th century mixed with rare contact with the wider world over the millennia, primarily with India and Indonesia. The evidence being found in the form of Hindu and Buddhist temples scattered across the Archipelago, many sadly having become abandoned over the centuries. By the time of the British Morrison expedition whatever civilization that had called these islands home had long since fallen, it's cities, walls and steppe pyramids having all been swallowed by the jungle. With the survivors having long since regressed back to small warring tribes, primarily hunting and foraging amongst the titans of the islands. The only survivor records of what this civilization was like before its collapse coming from the records of the Ming Treasure Fleet, who stopped at the Archipelago on route to the Arabic world, taking with them one of the islands feathered raptors. Yet despite all the odds it would eventually be discovered that one city managed to endure perched amongst a dead volcano but that is a story for another time.

Interestingly enough recent DNA analysis has discovered the locals to share heritage with a previously unknown species of early hominid. 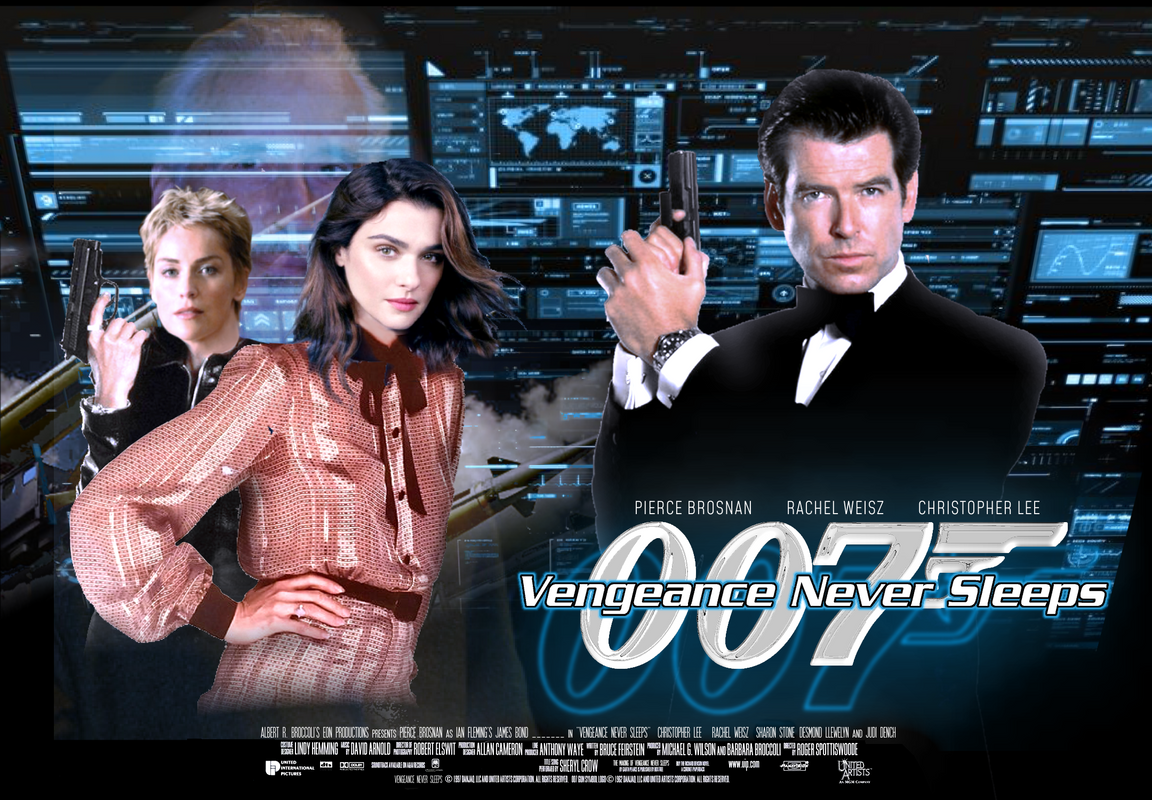 A poster for Vengeance Never Sleeps (1997), the 20th film in the James Bond franchise.

For 15 years, the United Kingdom has greatly benefitted from the innovative Moonraker program, a satellite-based defense system proposed by billionaire Hugo Drax (Christopher Lee) during the height of the Cold War to deter Soviet forces from attacking NATO. However, with the Cold War having ended, the reasons for Moonraker's continuous presence have come under question in recent years.

M (Judi Dench) asks agent 007, James Bond (Pierce Brosnan), to join her at her club, having just invited Drax and his wife Chelsea (Sharon Stone) over to play bridge. They hope to discuss the continued reasons for Moonraker's existence, with Hugo publicly claiming that it will help in case of another superpower threatening Western dominance. In the midst of the game, Bond notices that Hugo is winning an odd amount of money, and suspects that he is cheating. However, he's confused; why would Hugo, a national hero, be cheating?

Drax has a mysterious background: as a British soldier in World War II, he was working in France when the British facility he was employed at was blown up by a bomb planted within. He would suffer amnesia, but after recovering, he would make investments that helped to grow him into the industrialist he is today. His ideas for the Moonraker program have stretched as far back as the 1960s, but they would only come through in the 1980s, when the British government accepted his request and began the project.

A Ministry of Supply officer is mysteriously killed at one of Drax's buildings dotted throughout the United Kingdom, and Bond is sent to investigate, while also replacing the officer. Suspiciously, much of the people working on the project are German. While at the building, Bond meets Gala Brand (Rachel Weisz), a Special Branch officer undercover as Drax's personal assistant. Bond investigates further and surmises that the officer was killed for seeing a submarine off the coast.

Drax's henchman Krebs (Michael Lonsdale) is caught snooping through Bond's room, and Bond and Brand are nearly killed by an avalanche while at the White Cliffs of Dover. This heightens their suspicion, and Chelsea's suspicion; for a while, she has been mistrustful of Hugo's plans with the Moonraker system. Brand goes with Drax to London, where she watches as the Moonraker satellites have their orbits shifted, and compares the new trajectory to a notebook Drax had laid on a table earlier. Krebs captures her, and places her in a remote building in London: the guidance control for the Moonraker satellites. Bond chases her, but he is also captured by Drax.

Drax, who reveals his real name as Hugo von der Drache, isn't actually British — he's German, and has all this time secretly been allegiant to the destroyed Nazi government. During WW2, he was part of the Werwolf guerrilla force, and had planted a bomb to destroy the British facility, but had been caught in the explosion himself. Angered at his homeland's loss to the Allied governments, he plans to use the Moonraker system to destroy cities in Europe and North America, while he temporarily goes into orbit to ride out the ensuing chaos.

Brand and Bond are placed in a spot where Drax's rocket will incinerate them, but they manage to escape, convincing Chelsea to join their side. They collaborate together to alter as much of the Moonraker satellites as possible so that they fire at each other, destroying themselves in the process. Drax's space capsule, mistaken as a fellow satellite, is targeted by the other satellites and destroyed. The film ends with Bond and Brand sharing a romantic moment in Paris, before Brand reveals that she's engaged to a fellow Special Branch officer.
Last edited: May 3, 2022 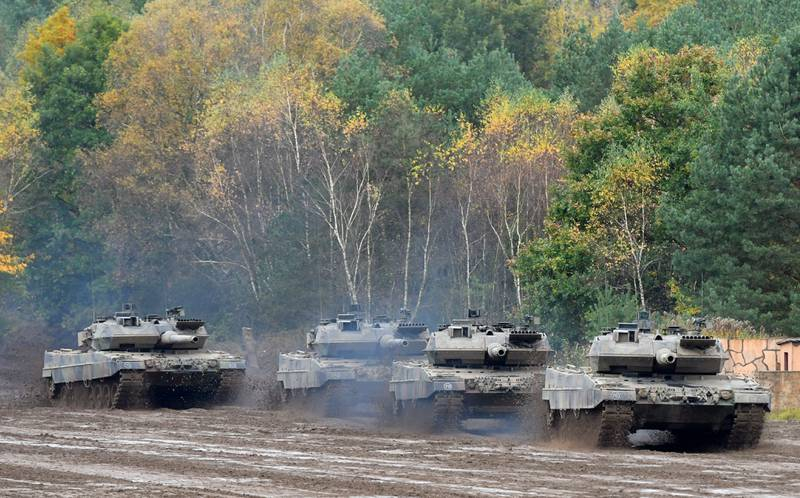 “Croc attack!” During the Marches Conflict of 2022, the Crocodeil Ifanc, supported by helicopters, led the Cymry counterattack. The Llu Mathrafal Landcruisers photographed were amongst the Byddin’s most advanced spearheads, ending the war on the left bank of the Derwent.

The Crocodeil Ifanc is a third generation Cymry Battle Landcruiser designed by the Rassau Vehicle and Armour Works (later the Cymry Armaments Cooperative) and named after the Crocodeil Landcruiser that was the backbone of the Byddin armoured corps between 1947 and 1971. Conceived for modern armoured ground warfare across the Cymru and English border, it entered squadron service in 1994.

Introducing several innovative features including a multi fuel engine, a ‘kneeling’ hydro pneumatic suspension, auto loader and an advanced fire control system, Crocodeil Ifanc is armed with a licensed version of the Rheinmetall 150mm cannon built at the Llandeilo Armoury.

The Crocodeil Ifanc was built to replace the obsolete Crwban Patrol Landcruiser. There is one main operational version, the Cyffredinol C.1, which serves in Llu Mathrafal and Llu Aberffraw, the Byddin’s two cavalry formations. It is expected to remain in front line service until at least 2040. The export version is used by the armed forces of Miedzymorze and Gran Columbia.
Last edited: May 5, 2022 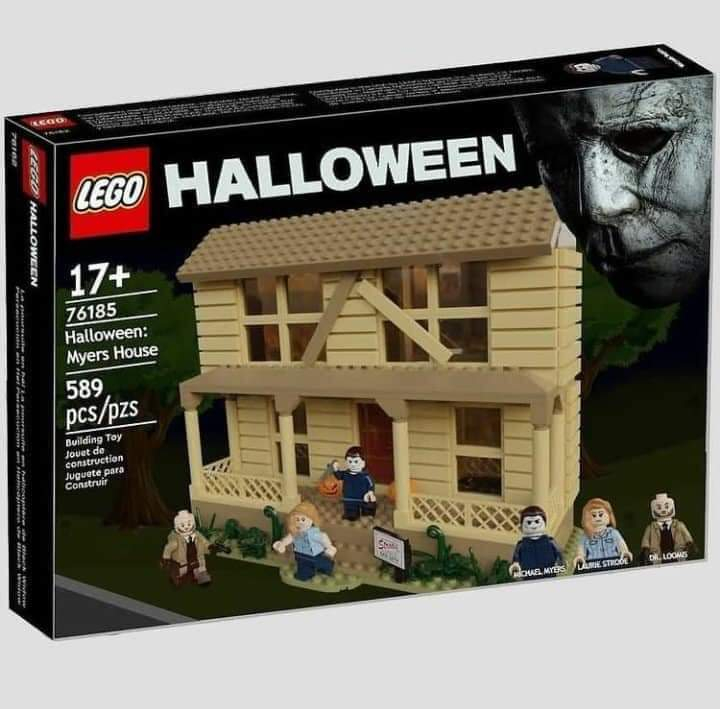 The 2018 Lego Halloween set released to coincide with the release of the 2018 movie.

If only this was a real set.

HOW IS THIS NOT A REAL THING?!

farmerted555 said:
HOW IS THIS NOT A REAL THING?!
Click to expand...

I can think one reason. 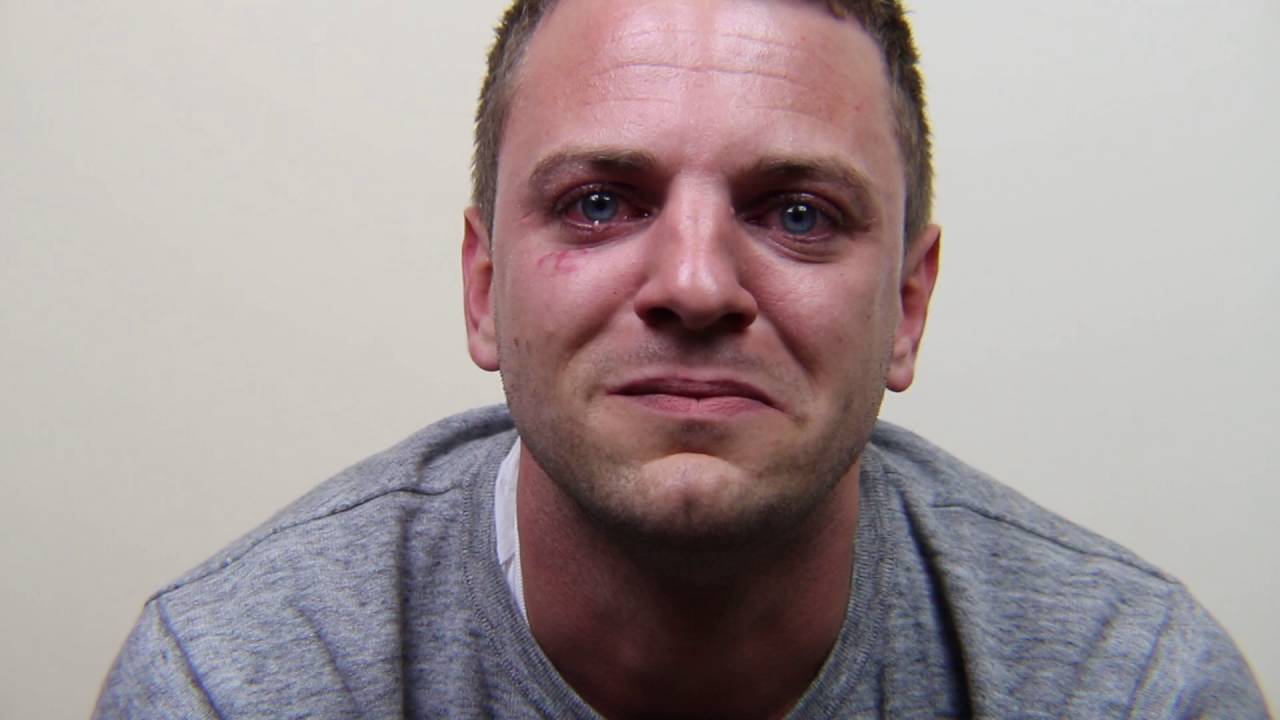 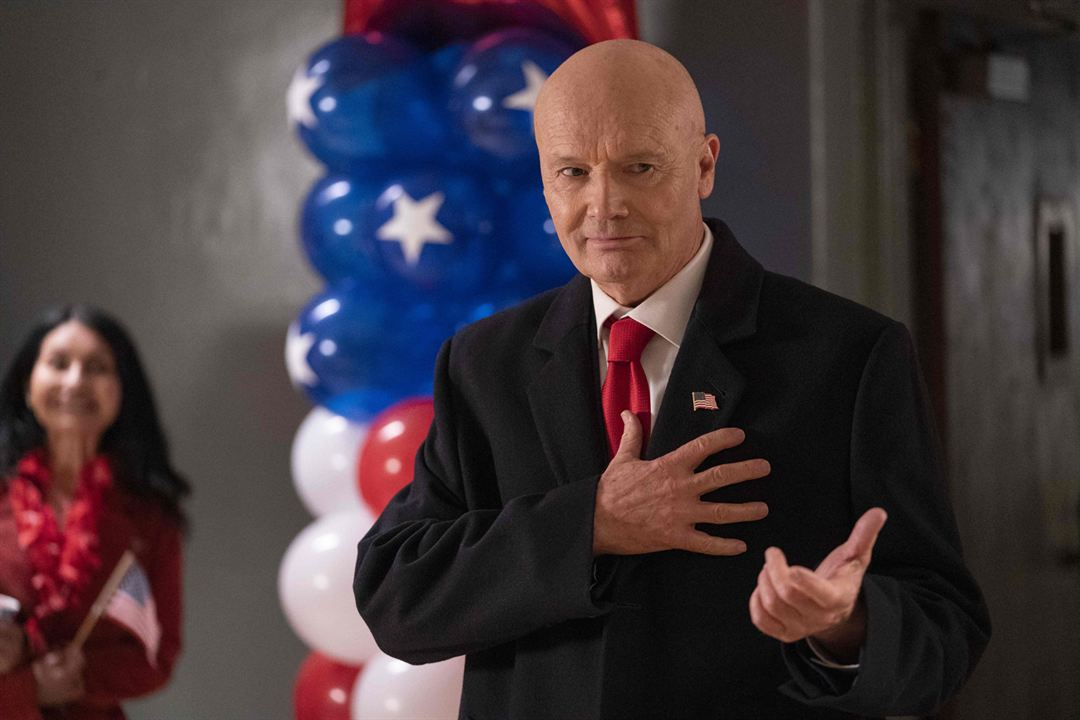 Pennsylvania Governor William Charles Schneider moments before he announced his bid for president in 2012. 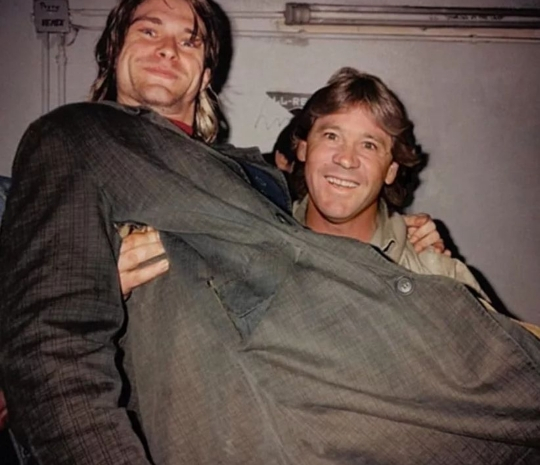 Kurt Cobain and Steve Irwin hanging out, circa 2007 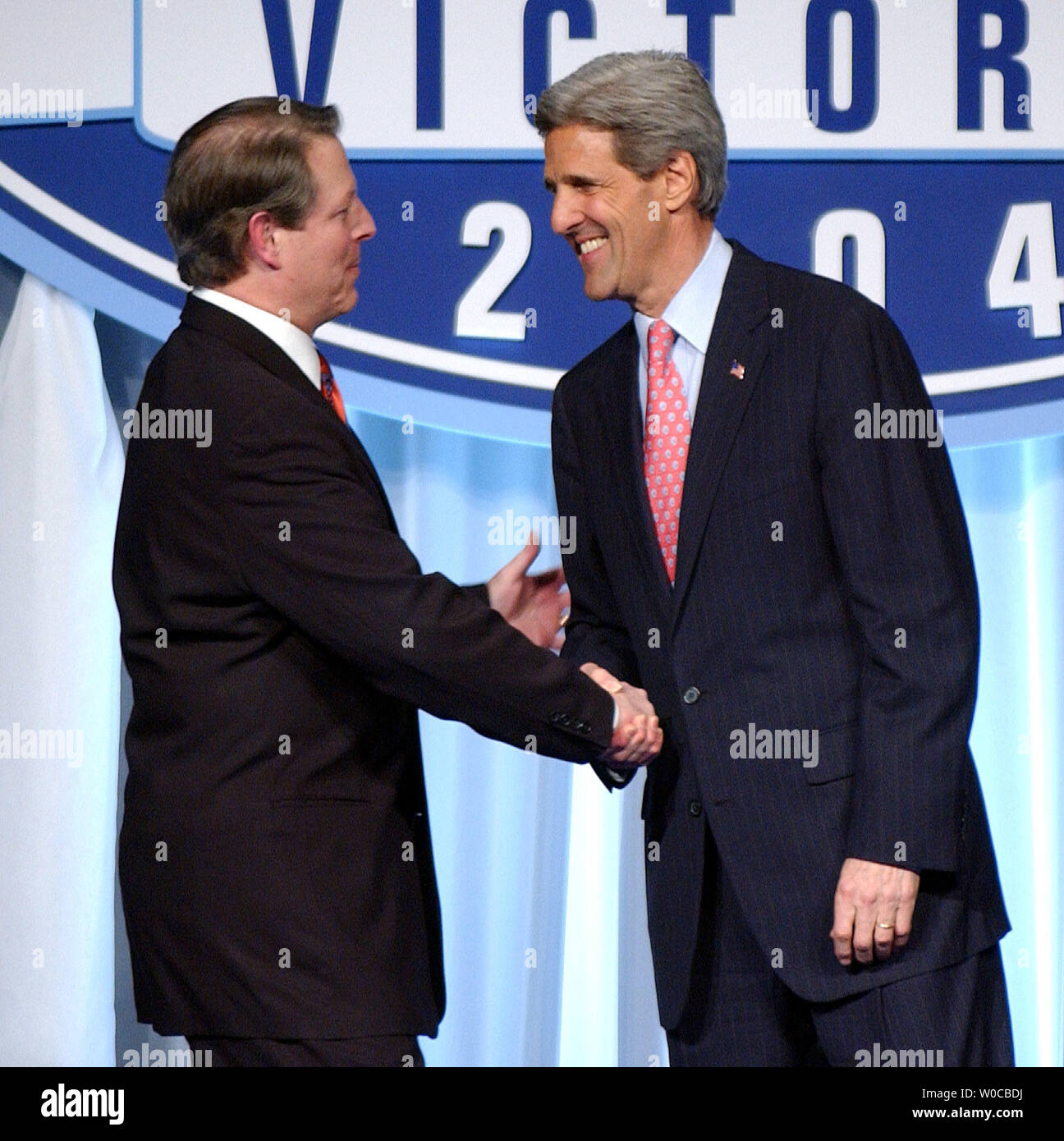 Incumbent 43rd President of the United States of America John F. Kerry (2001-) meeting with former President Al Gore (1993-2001) after the formers victory in being renominated for the Democrat’s choice for president, beating Vermont govenor Howard Dean in the primaries.
Threadmarks
Reader mode
You must log in or register to reply here.
Top
Share:
Share
Top