Mr.Gatsby said:
I’m guessing from a TL where England colonized Japan and not one where Japan and England cultures are reversed.
Click to expand...

Mr.Gatsby said:
I’m guessing from a TL where England colonized Japan and not one where Japan and England cultures are reversed.
Click to expand...

ultra-early Code Geass it is, then!

Banned
Ya'll should check out the script that leaked for this, it's good shit. 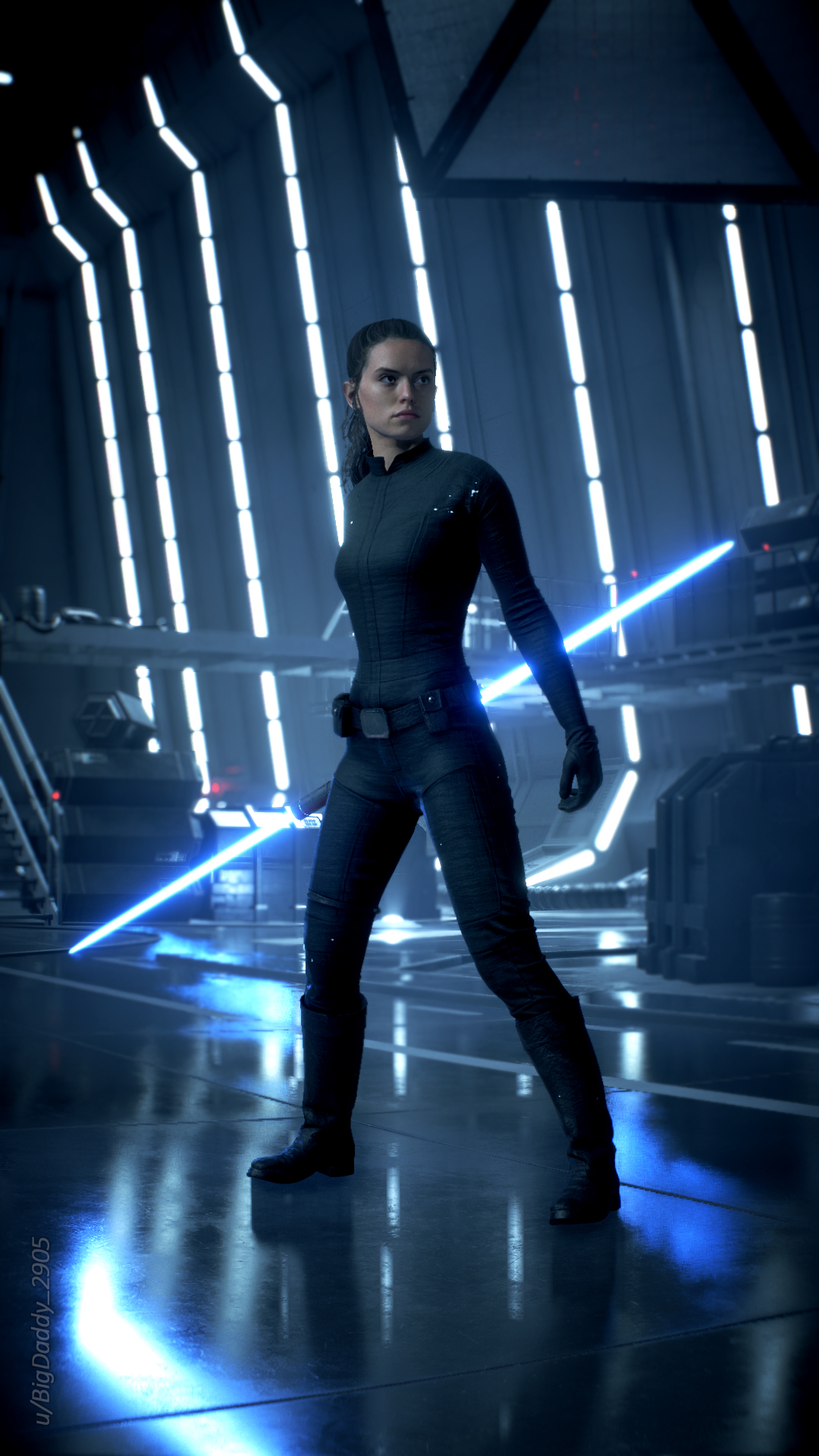 Daisy Ridley as she appeared in as Rey in "Star Wars Episode IX: Duel of the Fates", the decidedly final trilogy film for the revived Star Wars franchise. Directed by Colin Trevorrow, the film was a remarkably darker and experimental take on what came before it, seeking to once and for all end the duality between the Light and Dark sides of the force, as director Rian Johnson had attempted to hint at in his film previous. While Rey rejects her presumptive destiny to become a Jedi by busying herself with bringing down the First Order once and for all, Kylo Ren has all but abandoned his position as Supreme Leader, instead voyaging to find the pillars of the Force and destroy them in order to bring and end to the concepts that he views as constantly tearing his life apart.

The film is also the last motion picture credit of actress Carrie Fisher, reprising her role as General Leia Organa, de facto figurehead of the depleted Resistance Movement. Having shot her required scenes before her untimely death, Trevorrow chose to incorporate Fisher's passing into the final product; tho she is slain during the Battle of Coruscant, her posthumous recorded holographic call to arms is broadcasted through the entire star-system, successfully rallying the majority of planets to rise up against the First Order. 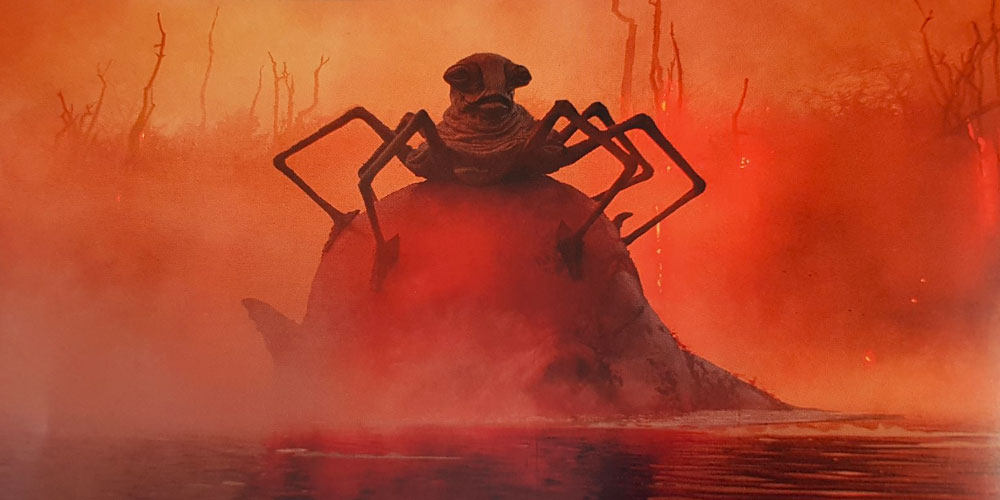 The film is lauded by critics for its unique use of no clear single antagonist, truely blurring the lines between light and dark with complicated characters. Led to the long-thought abandoned Sith home-world of Korriban, Kylo Ren seeks the tutelage of Dark Lord Tor Valum, progenitor to Supreme Leader Snoke and analogue to Jedi Master Yoda. Tho not portrayed inherently evil, Tor Valum hinted at the intention of the Sith as a step towards bringing absolute order to the universe, even if that was under a tyrannical boot.

After Kylo slays Tor Valum in a rage by draining his life energy (a newfound Force he unlocked during his brief tutelage), it is quickly revealed that the latter used his colossal mental powers to control the planet's hostile wildlife. With this mental control broken, Kylo is surrounded by a pack of nightmarish Loth-wolves, the fight against which almost costs him his life. Of course, he dies later on in the film, following his ultimate redemption, but that is neither here nor there.

Have not got around to watching IX yet. Have some how managed to avoid most spoilers too. But from the critical responses I have heard this version sounds quite better. Looking forward to seeing more. 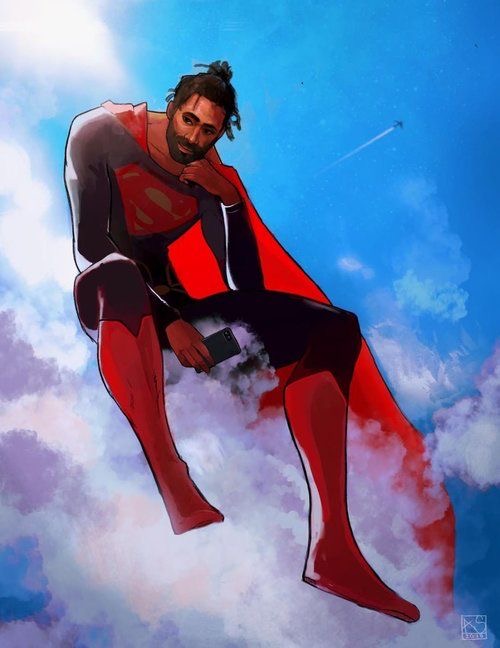 One of the first real photos taken of “the man of iron” (1941) shorty before stoping the Japanese attacks on Pearl Harbor. The photo taken by Jackie A. Freedmen has become one of the most famous photo of the war. 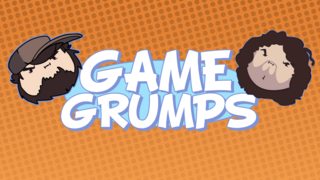 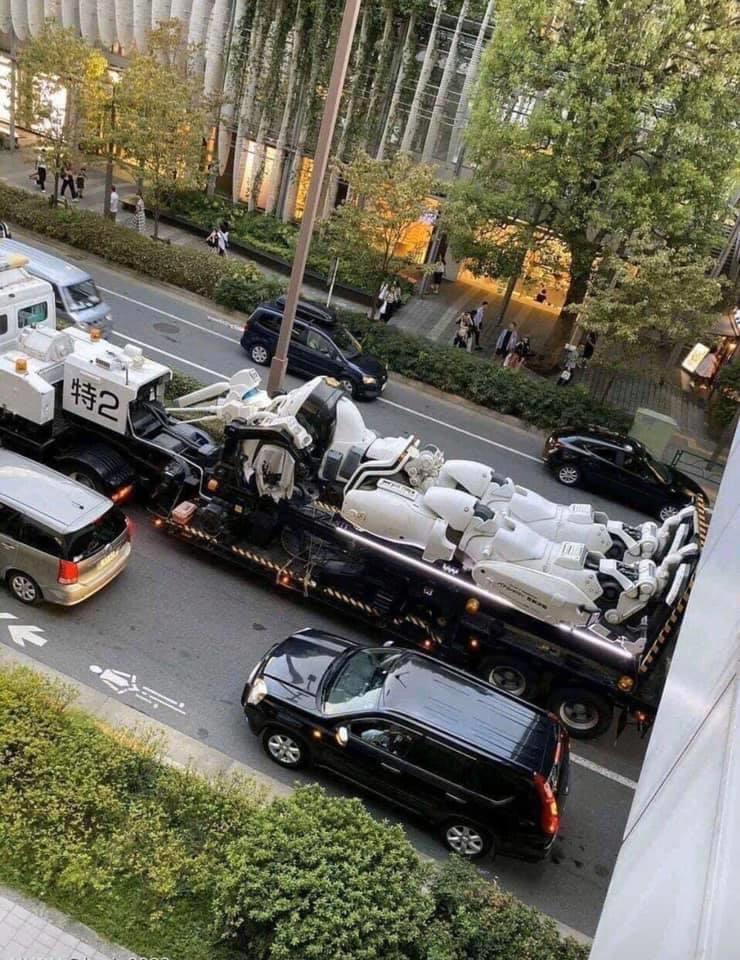 We managed to capture this photo of a Consortium ‘mech’ being transported on Earth 2234-Gamma. The Imperial Japanese here are deep in the Consortium’s pocket and their definitely reaping the rewards of this partnership. We’ve identified an number of other pieces of Consort tech on this parallel, though luckily they don’t have wormhole scanners up yet. I recommend we pull out soon, the Kenpeitai are on the lookout for interdimensional agents.
-[Redacted]
Last edited: May 14, 2020

Mr.Gatsby said:
View attachment 547950
A 2012 drawing done by a Air Force pilot of the “Superman” who has been actively fighting crime since the late 1930’s
Click to expand... 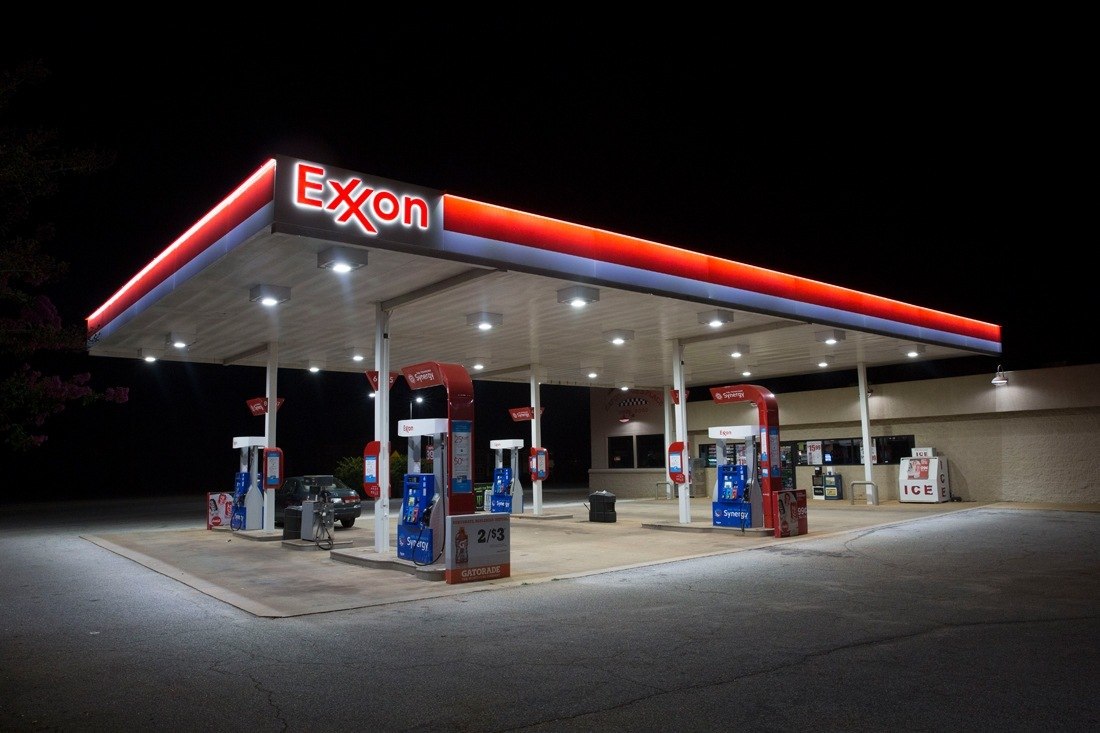 One of the odder parallels we’ve come across. The natives of Earth 886-Kappa apparently constructed this replica of a gas station after scanning the brain of Captain McKenna. Apparently they thought it would help put the recon team at ease, though most visitors find it unnerving. Despite their strange behavior the natives have generally been amicable and willing to answer our requests.
-Ambassador Dubois, Non-Human Diplomatic Team
Last edited: May 23, 2020 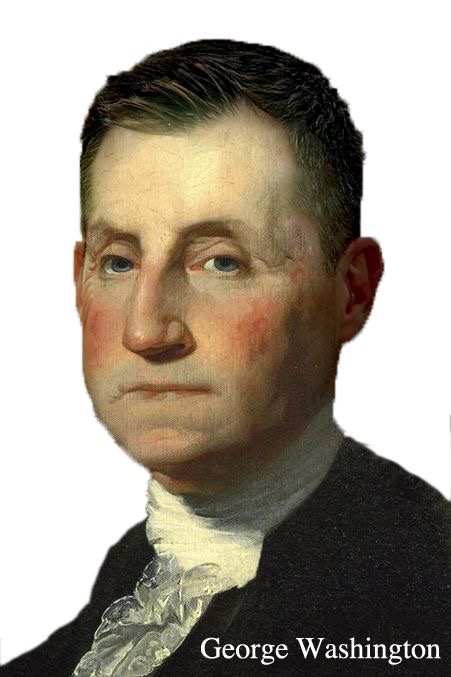 George Washington shorty after become general in the Continental Army. Up until then ever meeting he had worn he had worn his old army uniform from his days in the Indian bush wars. 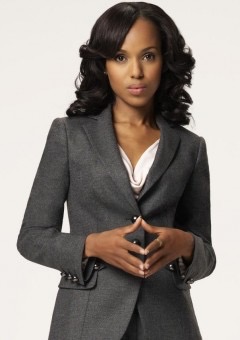 Venus Washington the first First Lady of the United State who laid and all women urban militia during the conflict. Ruthless and cunning it’s said that she perfected psychological guerrilla warfare. One of her more famous tactics called “Gum” were randomly one lone insurgent would take a pot shot at a convo or a base with sniper or home made mortal round before disappearing, which would lead to the soldiers become more and more uncomfortable and constantly on edge making performing their duties harder. 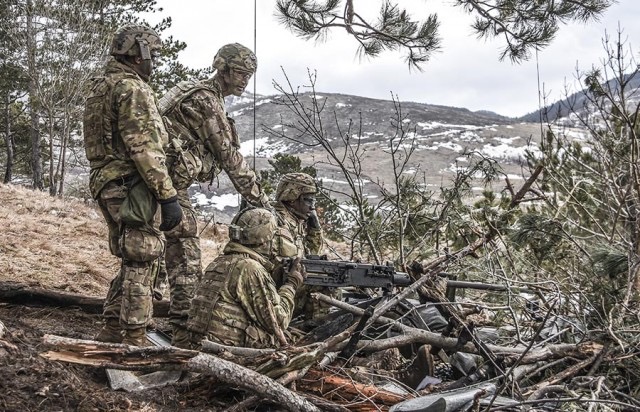 Militia men about to ambush and convoy of “ Lobster Backs”. 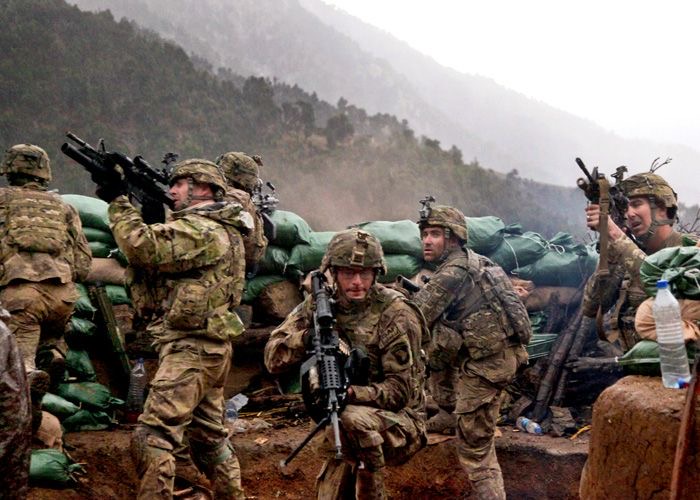 British soldiers taking fire by militia in the hills.​

Trailer for the first season of Saban's Bioman, which premiered in 1985 and would go on to be a surprising smash hit that would establish the long-running Power Rangers franchise

Mark Dacascos as an older Victor Lee in the 35th anniversary Power Rangers movie Power Rangers: Forever Red, which is set to premiere on Netflix in Fall 2020​
Last edited: May 17, 2020 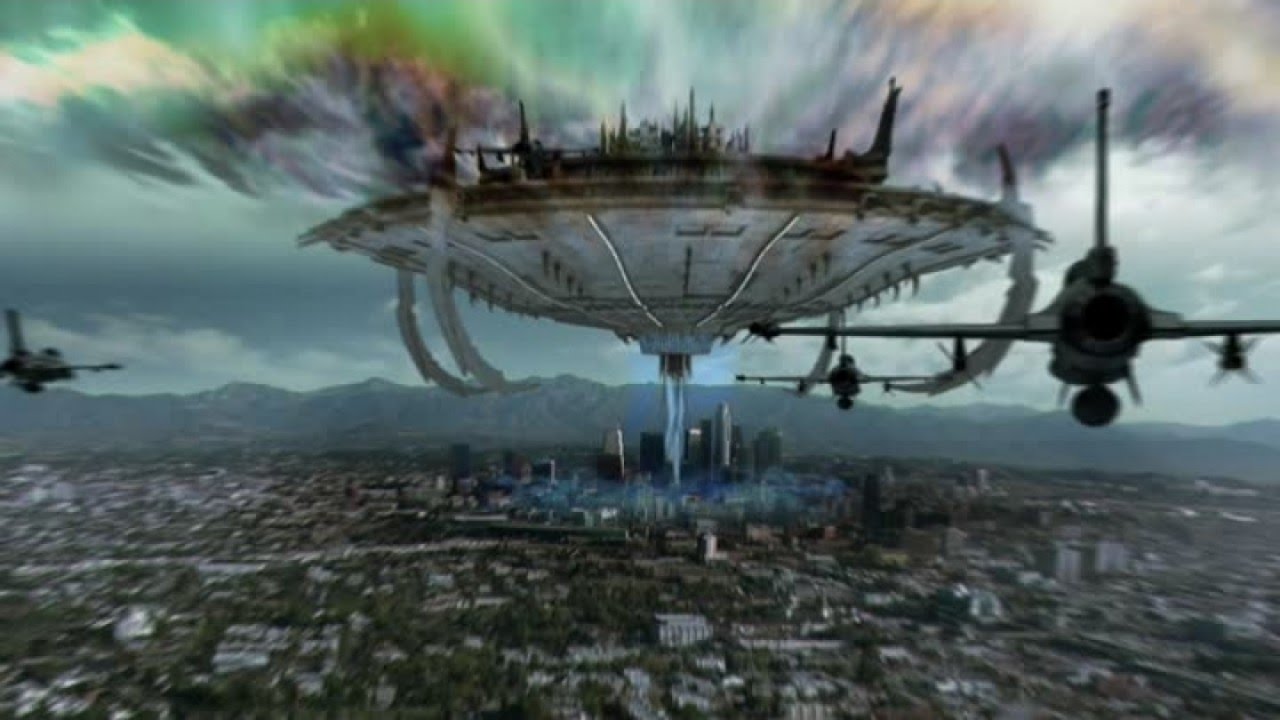 M 2 E45 1962 Japanese air plane battle against a Peaceful invasion ship shorty after the worm hole event. The Peaceful would take much of Japanese State as well as parts of the American and New Afrikan Reich before being stop in a stale mate. 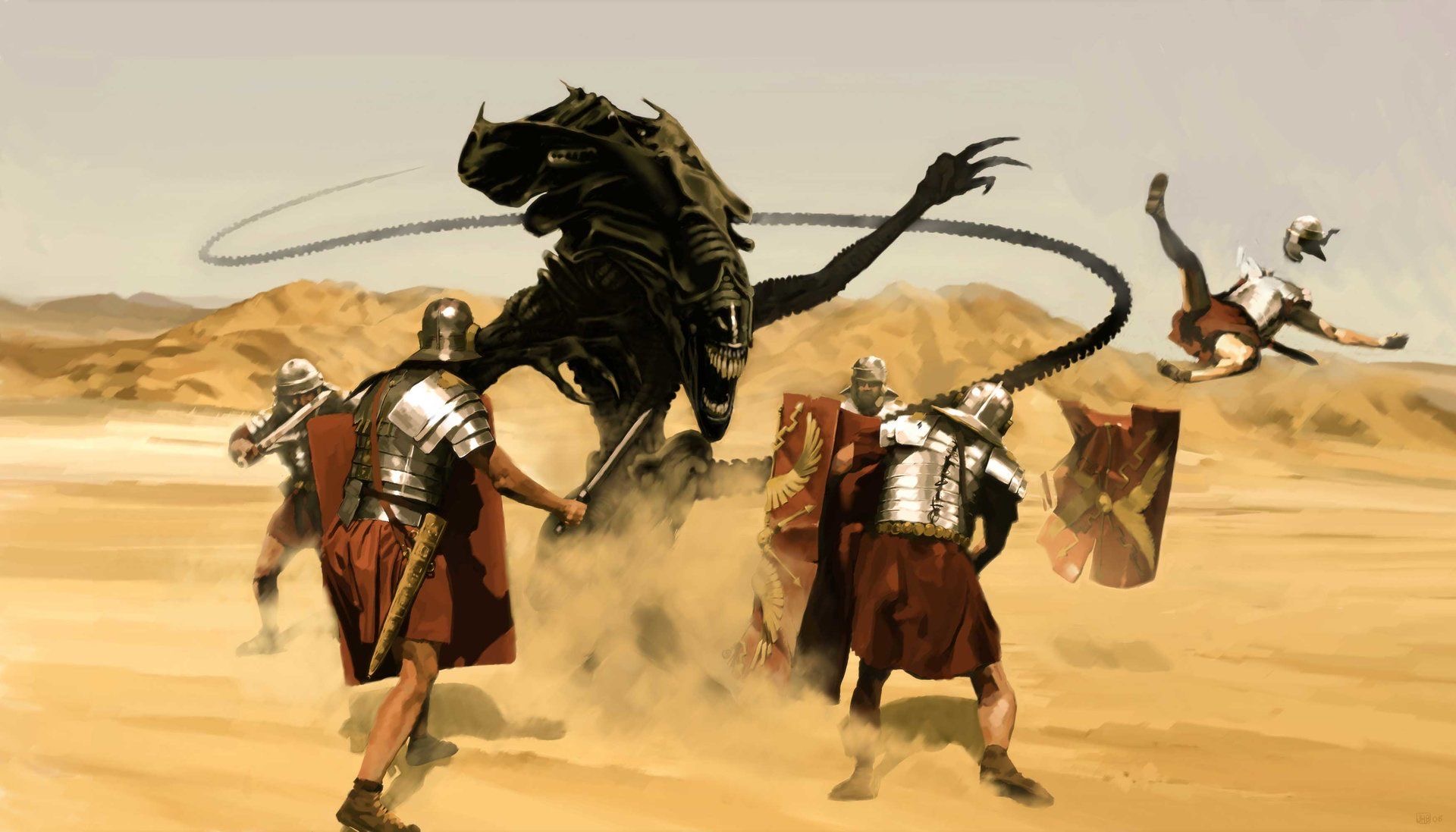 M7 E016: Empire of Humanity soldiers after loosing their automatic weapons do battle with a Peaceful Bio Attack drone with hand weapons some where near the border with Ingota. 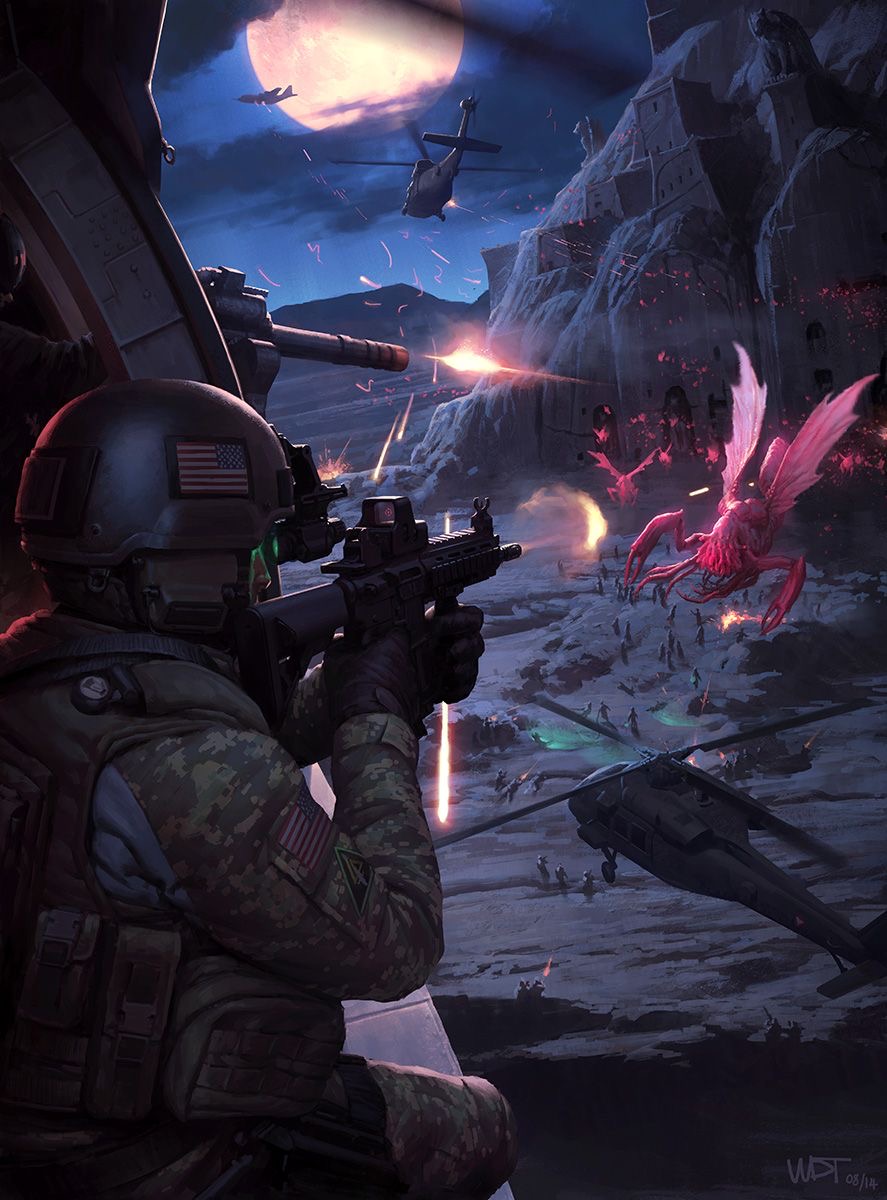 M12 E1: The Agency under the order of the American Union does battle with Peaceful lead void creatures conjured up by Nyarlathotep while New Reno would fall as well as many tribes it would be held back M12 Maybus but costing the life of both M12 RA and Lucifer in the battle.

The Fall of the last of the M23 System one of the countless many multiverses that would fall to the Peaceful under their commander Death Walker. 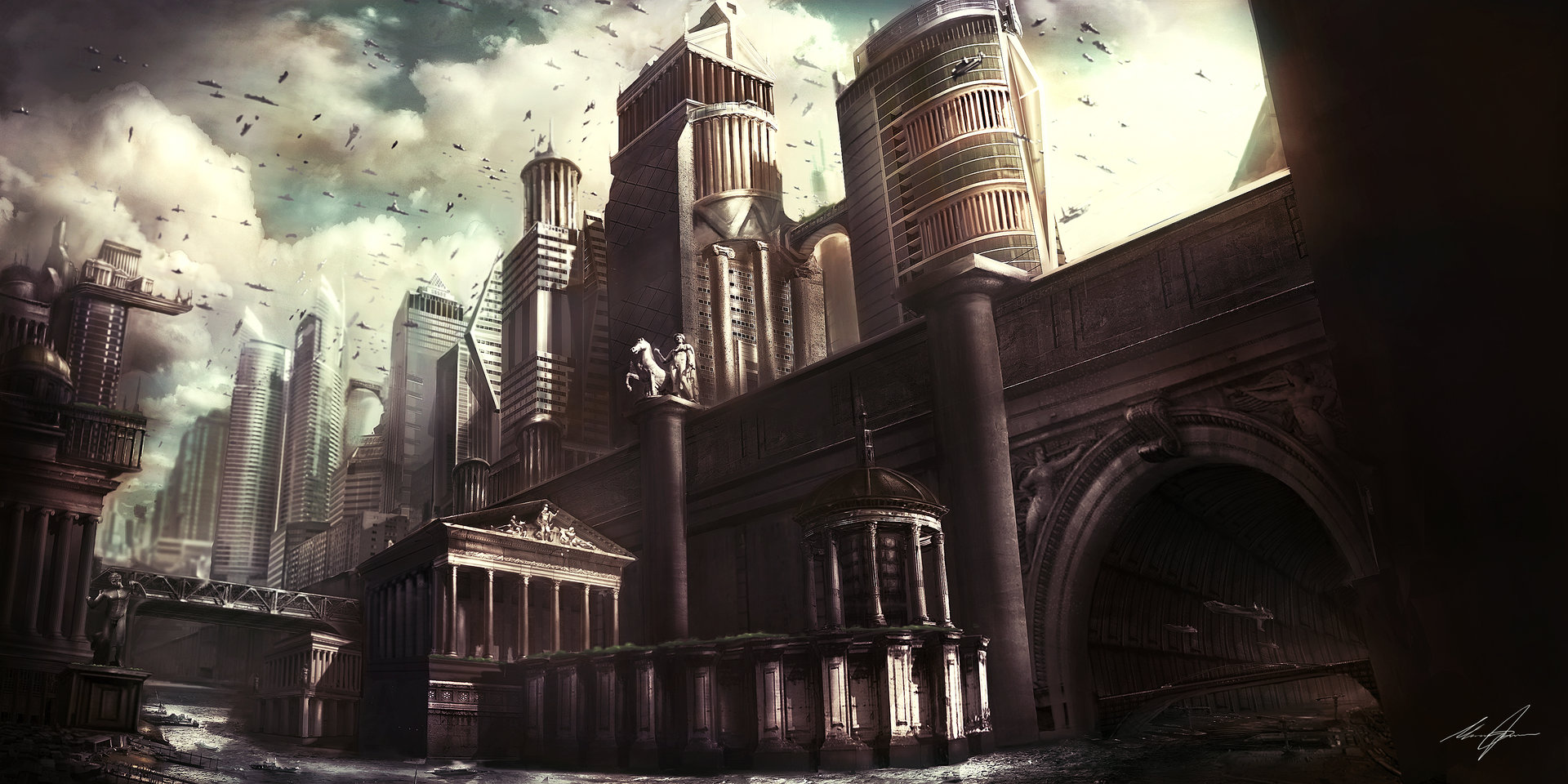 M 305: E278 “Terra Sol” shorty after the union of the allies for inter multiverseal peace was signed in the wake of the Peaceful blitzkrieg of the Omniverse. Many alternates met along with gods, old ones, and even some of the last of the Alien Space Bats met to discuss and alliance to combat the “Death Walker”.
​
(As have mentioned before all my TL or really any story or idea I have thought take place in the same Omniverse. Well this is a hypothetical scenario of what could happen if they met each other.)

One of the odder parallels we’ve come across. The natives of Earth 886-Kappa apparently constructed this replica of a gas station after scanning the brain of Captain McKenna. Apparently they thought it would help put the recon team at ease, though most visitors find it unnerving. Despite their strange behavior the natives have generally been amicable and willing to answer our requests.
-Ambassador Dubois, Non-Human Diplomatic Team
Click to expand...

Another Trans dimensional series I’m getting SCP foundation vibes from the quote and the pictures.

Mr.Gatsby said:
Another Trans dimensional series I’m getting SCP foundation vibes from the quote and the pictures.
Click to expand...

Yeah. Rereading the SCP-507 entry recently probably helped. I admit this particular setting is still pretty formless at the moment, I don’t even have a name for the organization that produces these documents for example. There’s definitely worlds that can come across as creepypasta-ish but there’s also plenty of more straightforward AH/Sci Fi stuff depending on what inspiration I get from a particular picture. 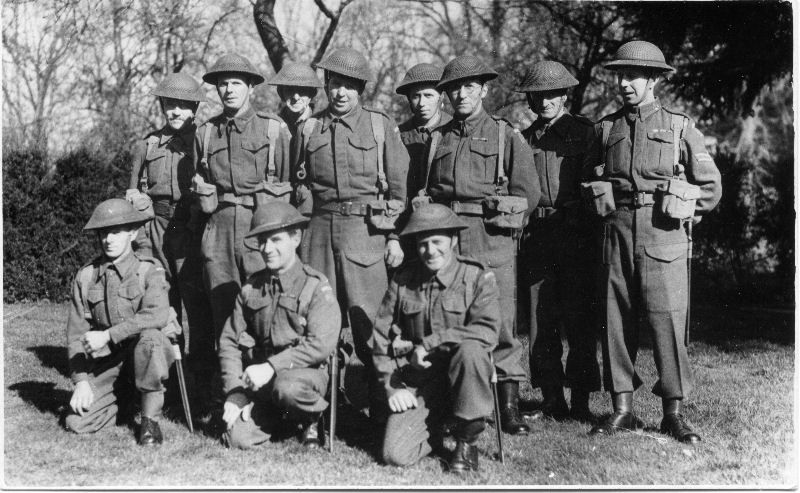 Following Operation Sea Lion in 1940, the Home Guard would fight a guerrilla war against the German forces and British Union of Fascist 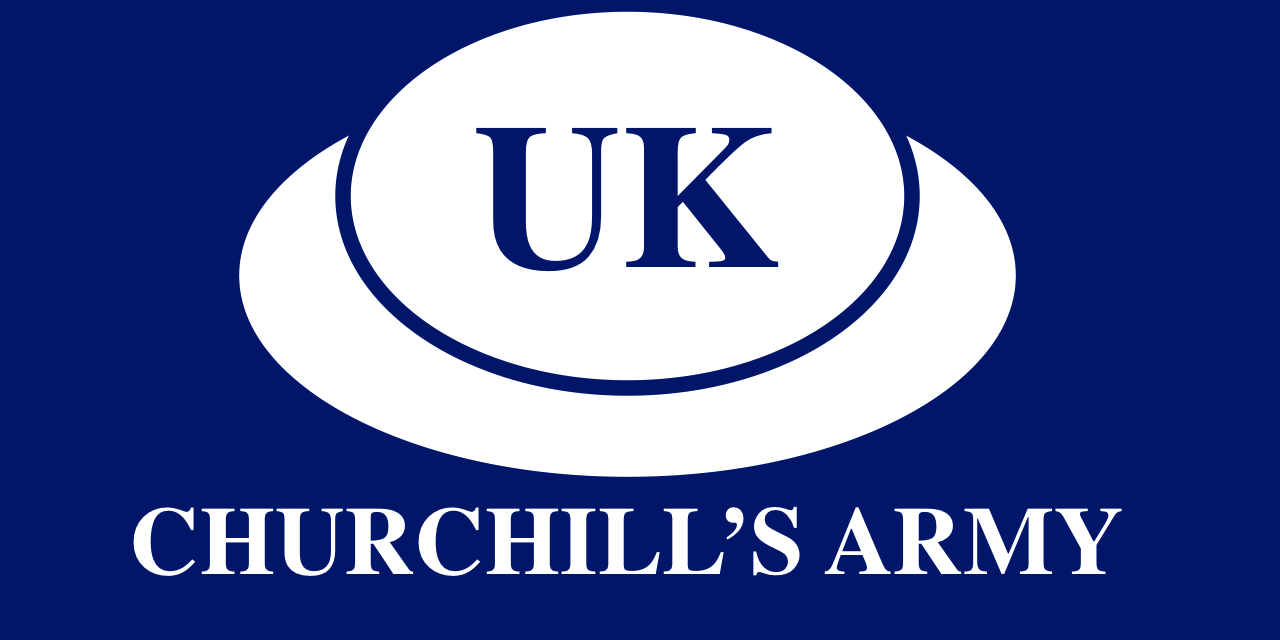 The flag of Churchill's Army.​ 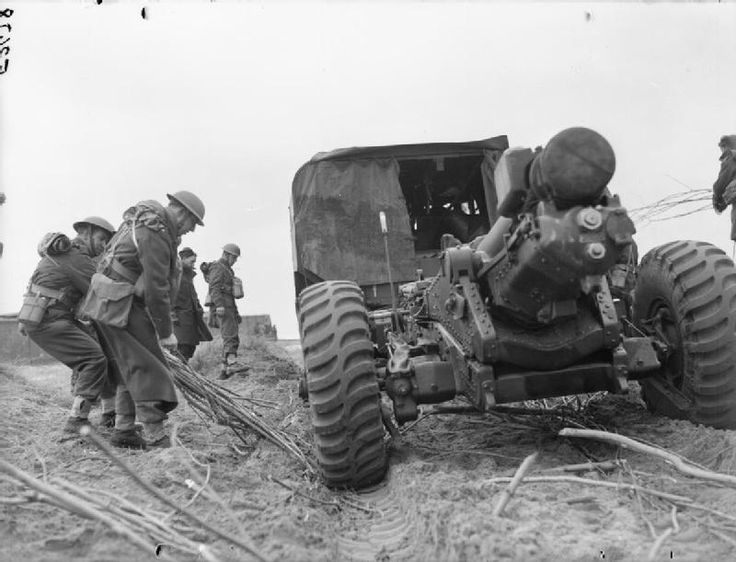 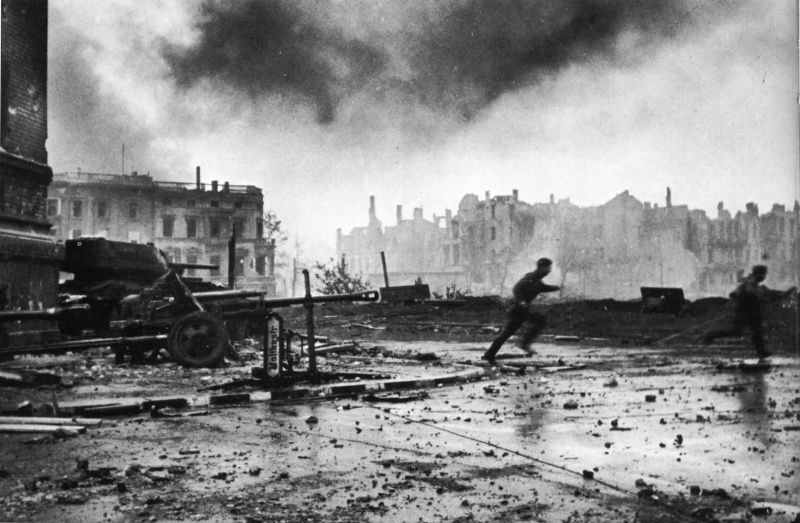 Soviet troops dash to cover during the Battle of Linz 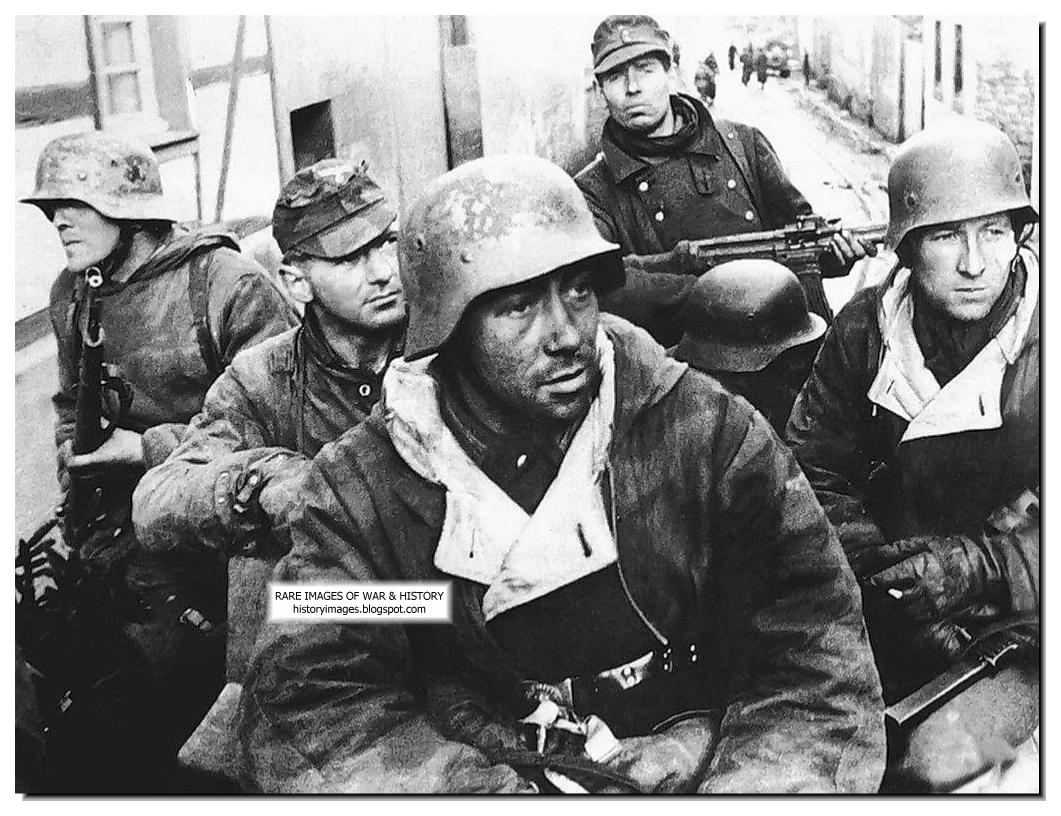 The mushroom cloud of Gadget VI, dropped over Soviet positions outside Aachen, 1948
​ 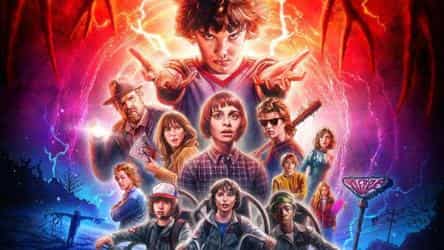 photo of long running Netflix show “Darker Night” a cosmic horror based on the book series by the same name written by HP Lovecraft between 1980-1989 taking place in Harking Kansas and following the battles between young children of the town and other worldly cosmic horrors. The series when it was written in the 80’s was a far departure for Lovecraft earlier works that usual left on the note that humanity was helpless before such horrors instead the story is a celebration of the triumph of the human will over all odds.

Serval groups of vampires soldiers being interviewed in the Soviet mockumentary “Vacation to Baghdad.”about the war on terror. 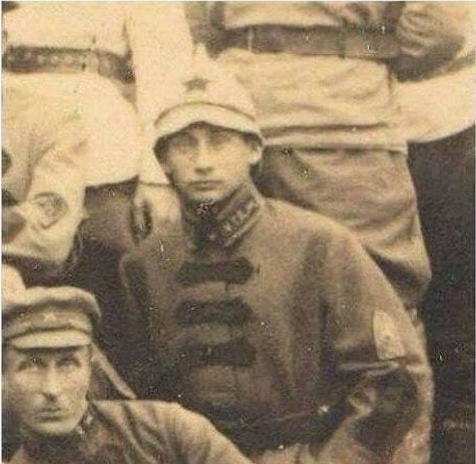 Early photo of Vladimir Putin (1920) when he was a Soviet soldier. 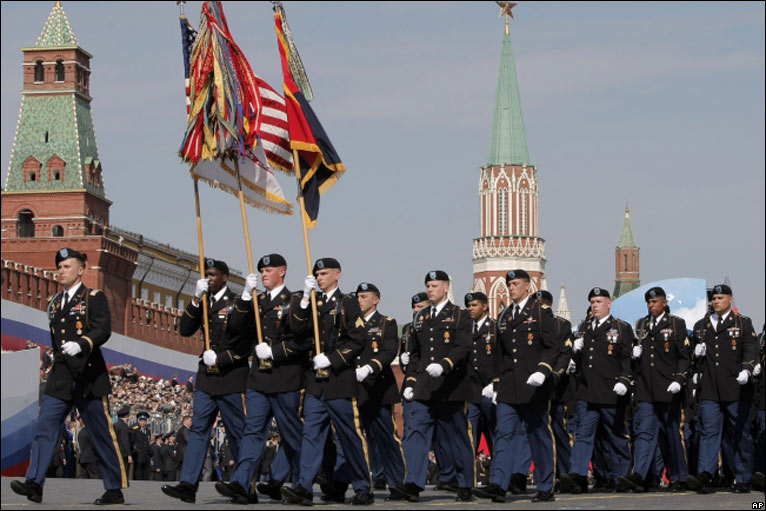 Photo of from the Soviet tv show Red Fall about a fictional occupation of the Soviet Union by NATO and America. 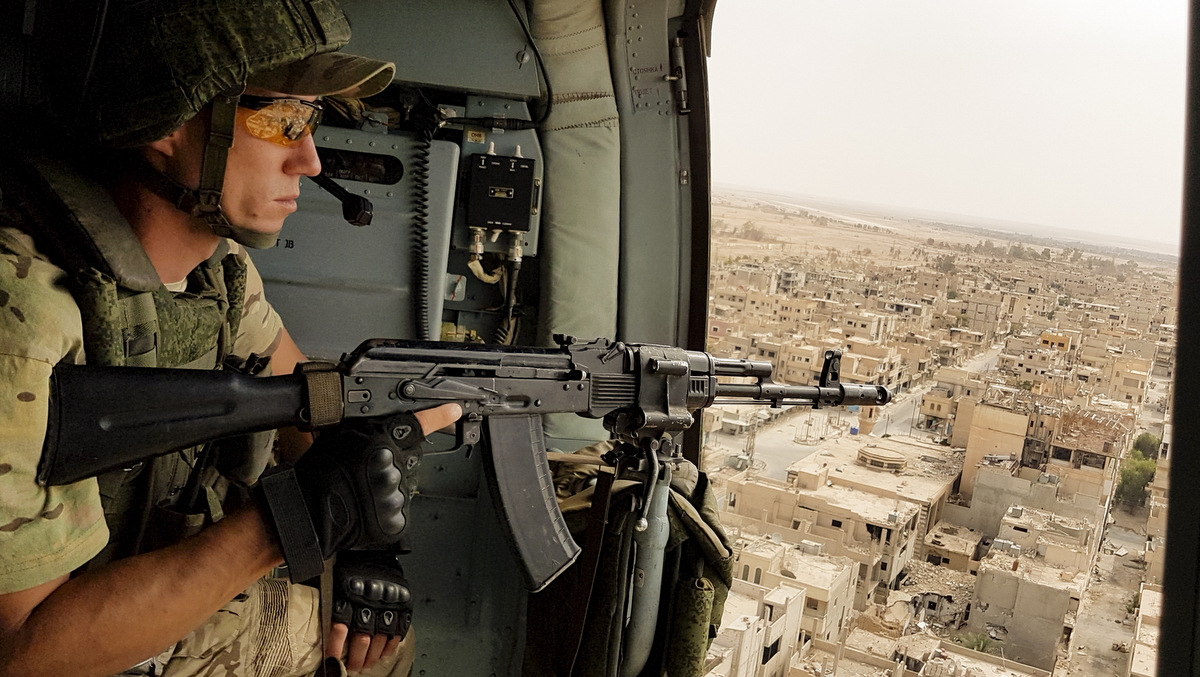 Soviet troops over the Soviet portion of Occupied Iraq before it‘s partition (2007). 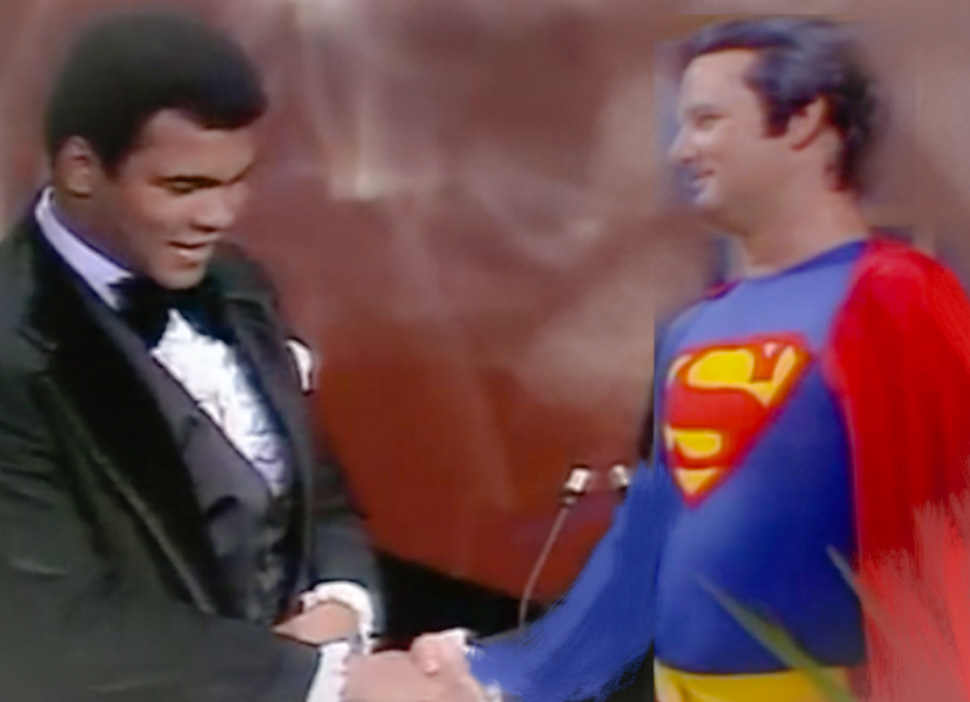 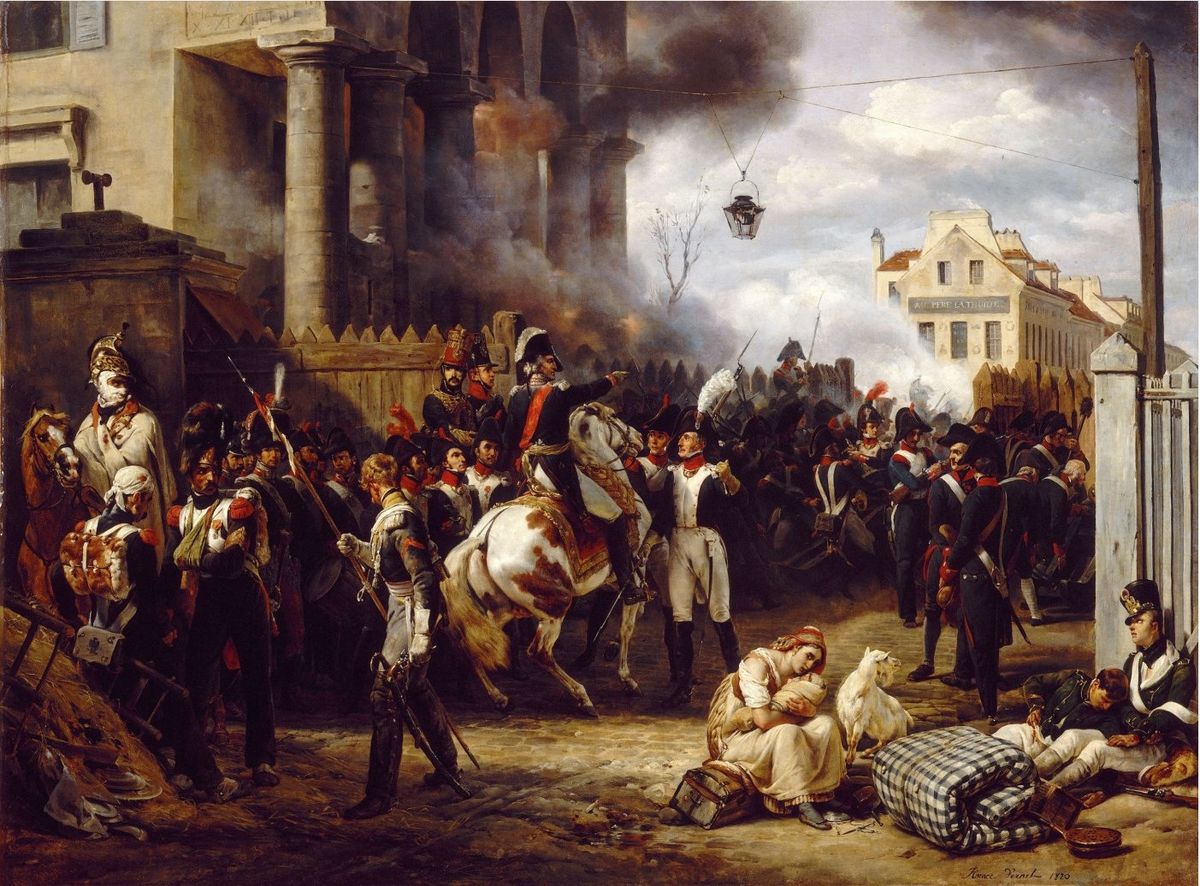 We Burn by an unknown painter depicting the Razing of Paris by General Beresford
​
Threadmarks
Reader mode
You must log in or register to reply here.
Top
Share:
Share
Top