The following is a excerpt from the 1997, October 1st Edition of The Times

Much Dead! 210 murdered in the Town of Cheddar! 210 innocent men, women, children cut to pieces and eaten! Canabalism!

Devil's Equal to Goldstein! Thinkpol will find! Thinkpol bring justice! Hundreds of goodest Thinkpol across Airstrip One hunt for the Devil and Death!

The Little Devil is a symptom of bigproblems in Oceania. Prole problems. Lazy proles undermine goodvalues of our doubleplusgood nation. Proles plagued every nation throughout history. Like the little devil, proles cannibalize good people and their good efforts. Bad nations let proles be equal instead of less equal then others. Oceania is more then plus good because the prole is separated from party. But sneaky proles still unsupply with their black market. Proles commit ungood thoughtcrimes and badsex with uncare. This prolenature is ungood. Proles are big problem that requires a good big solution! 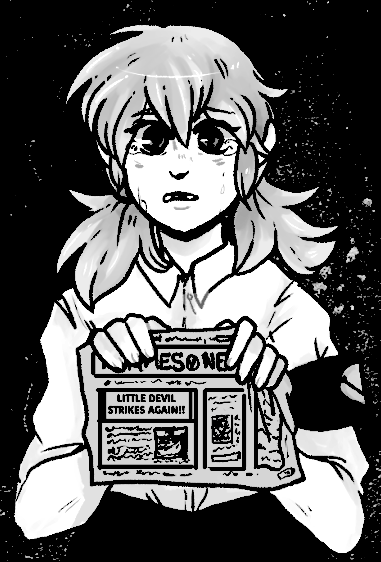 -11 year old Seras Victoria captured in an unknown location by a thinkpol agents shortly before her first massacre.

While little is known about young prole's early life, Sera's would become a national sensation and propaganda focus for The Party, rivaling if not surpassing Emmanual Goldstein, and for good reason. This photo was delivered to Minilov and Minitruth by the only survivor of the first attempt to apprehend her. She and her accomplice - dubbed White Death - became a symbol of unspeakable evil for the Party, and spelled the grusome demise of many Thinkpol Agents...
Last edited: Jan 7, 2020 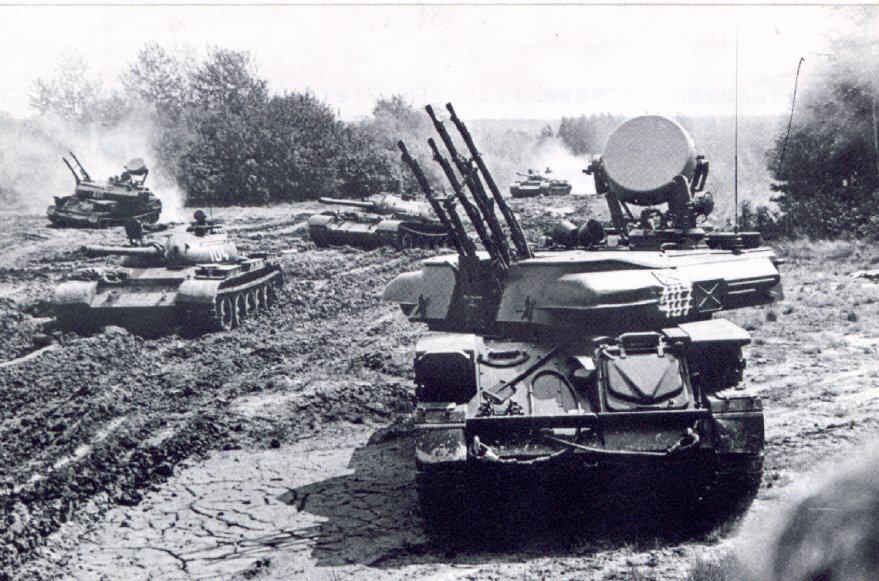 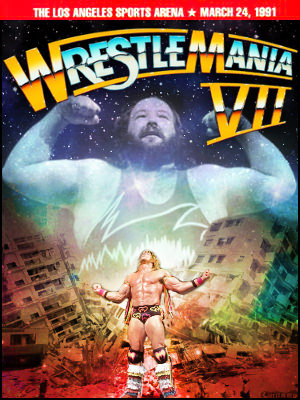 Preview for an upcoming project I'll give you three guesses as to what it's about... 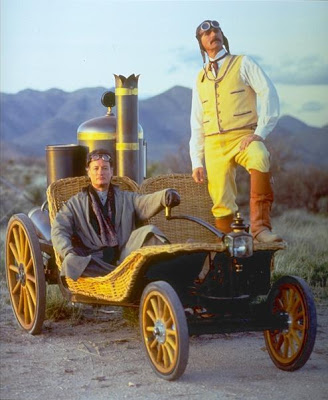 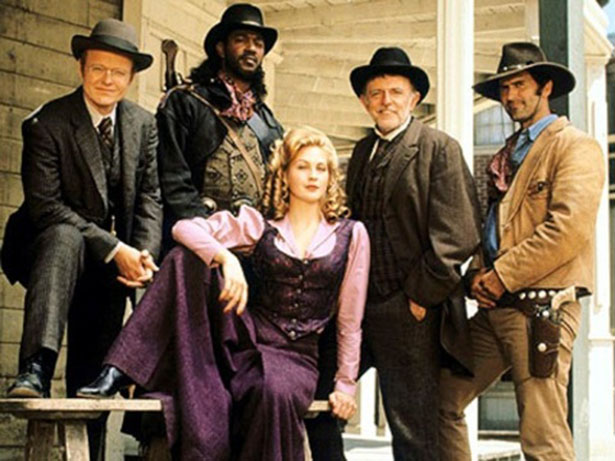 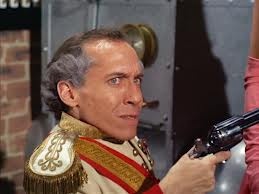 pattontank12 said:
Preview for an upcoming project I'll give you three guesses as to what it's about...

1. "Wicker" the new wonder material!
2. People who are too old to be into cosplay.
3. What really happened at Roswell.

Another work of mine from Featherston’s Confederacy:

Members of the Atlanta Ghetto Police pose for a photograph circa 1941.​
Ghetto Police (officially known as the Ghetto Auxiliary Policing Service), called 'the Negro Police' by Black Confederates, were police auxiliaries organized by the local ghetto councils called 'Negro Councils or NegCouns for short*' within the myriad of Black Confederate ghettos found throughout the many major cities of the Freedomite Confederate States of America.

Members of the Negro Police wore black or dark blue police uniforms, an identifying armband (not worn in the picture above), a custodian helmet and a badge (though chiefs wore a kepi), they weren’t allowed to carry guns but did carry batons and large knotted sticks. Also a notable feature of the Negro Police was their lack of footwear (including socks), this was done on purpose by the Freedom Party to humiliate them and in the words of Freedom Party Attorney General Ferdinand Koenig:

“To drive home the point that they (the Negro Police) are deemed as sheep dogs looking over the flock of black sheep, readying them for the slaughter.”

In ghettos where the NegroCoun was resistant to Freedomite orders, the Negro police were often used to control or just outright replace the council. One of the largest Negro police units was in the Montgomery Ghetto, where the police numbered about 2,500. The Atlanta Ghetto had about 1,200 with others having similar or smaller numbers to Atlanta’s. 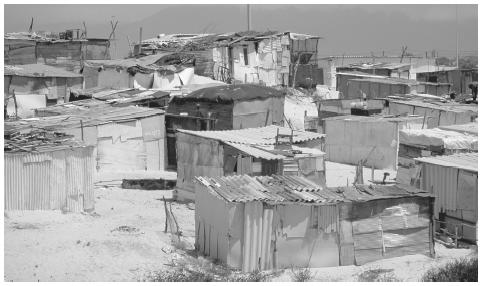 A picture of the Atlanta Ghetto in 1940 (top). Harvey X. Duncan, chief of the Atlanta Ghetto Police circa 1943 (bottom).​
The Negro Police was also heavily violent and severely corrupt with Harvey Xavier Duncan, the chief of the Atlanta Ghetto Auxiliary Policing Service, detailing in his memoirs the day-to-day work of the police i.e. protecting food depots, controlling employees at ghetto bakeries or other places of business, and violently putting down riots, as well as patrolling the area and confiscating food from the ghetto residents. He recounts the involvement of Negro Policemen in swindling food rations and in forcing women to provide sexual services in exchange for bread.

The Americo-Jamaican historian and Ghetto archivist Elliot Hill has described the cruelty of the ghetto negro police as "at times greater than that of the Freedom Party Guards or the regular army." The ghetto police ultimately shared the same fate with all their fellow ghetto inmates. During a ghetto’s liquidation they were either killed on–site or sent to extermination camps (usually after rounding up the ghetto residents and putting them on transports to the camps). 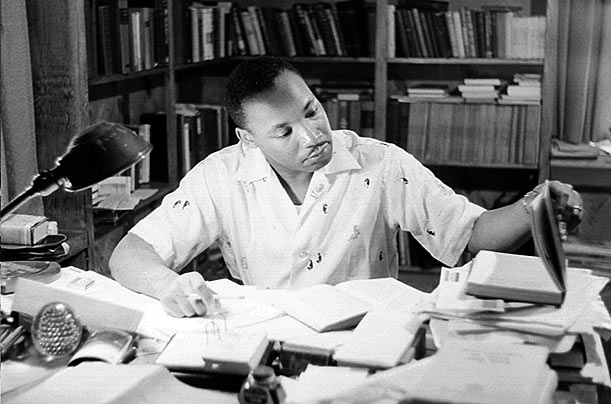 * = Though they were organised by the NegCouns, they received their orders from local Confederate military commanders, Freedom Guards leaders, or from local Freedom Party officials. 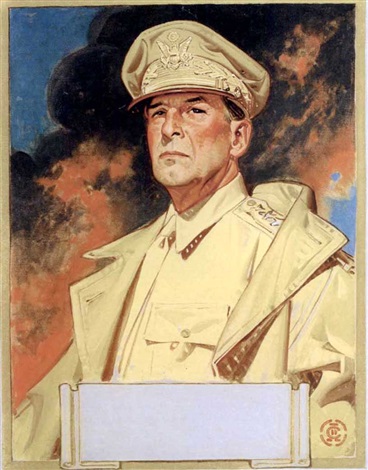 First President of the Republic of South Japan Douglas MacArthur. Although serving his term he would be killed by a radical Japanese witch soon after living office. 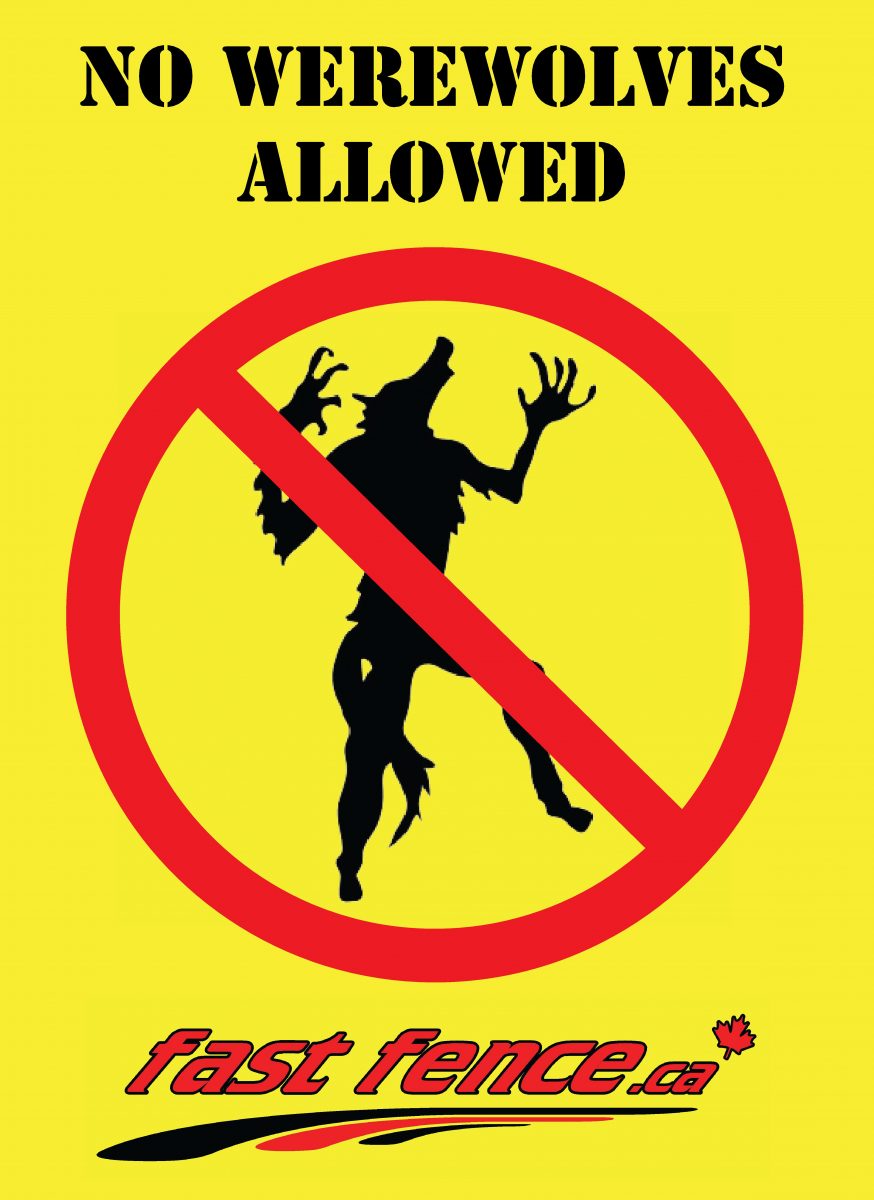 and Add for the anti werewolf home security system fast fence. The company is anti both werewolves and vampires rights and had been sued multi times by both the VRA and the AWL over their adds. 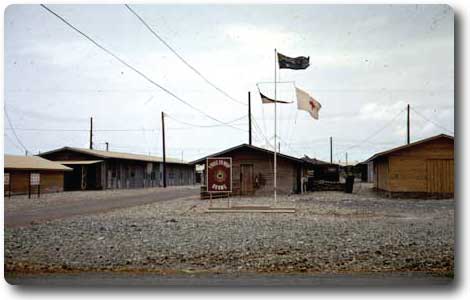 USA building found complete abandon during the Vietnam war mostly due to a communist vampire attack. 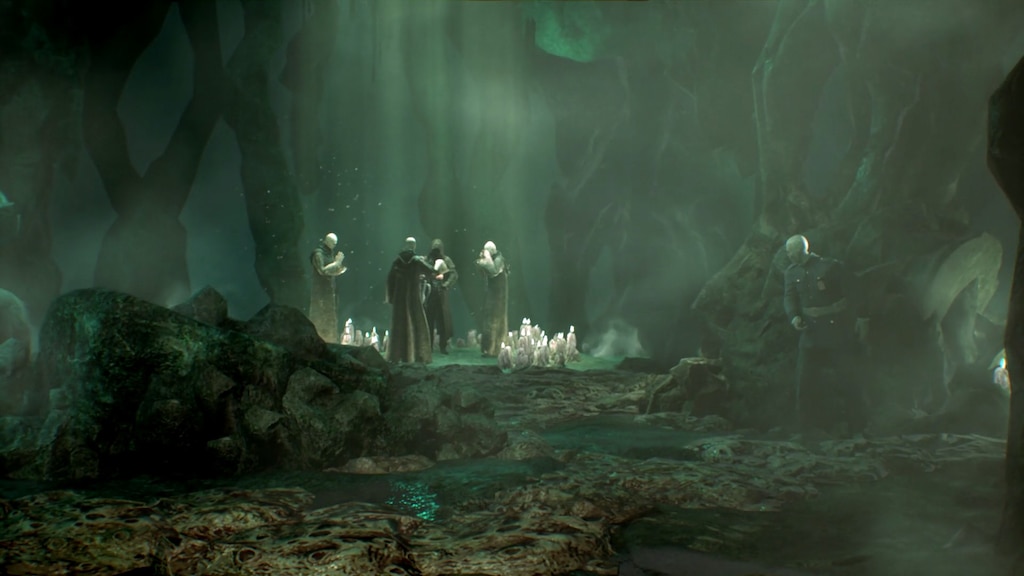 A group of vampire cultist worshiping a dark vampiric sea god in New England the group would be killed by police along with some vampiric counts as well. These cults while and outliers among vampires they are still highly dangerous. 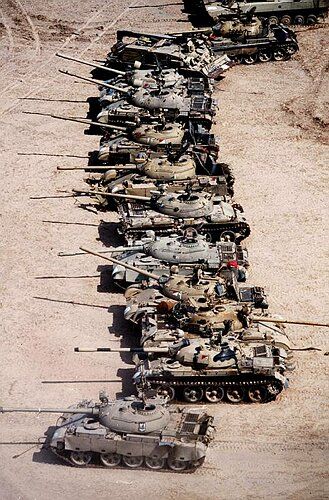 cortz#9 said:
1. "Wicker" the new wonder material!
2. People who are too old to be into cosplay.
3. What really happened at Roswell.
Click to expand...

it a world where all westerns are real.

245 said:
it a world where all westerns are real.
Click to expand...

Bingo! (Well not quite but still)

pattontank12 said:
Bingo! (Well not quite but still)
Click to expand...

The idea of the Wild West continues well into the 20th Century.

ANARCHY_4_ALL said:
The idea of the Wild West continues well into the 20th Century.
Click to expand...

Enough so that it survives in the space age... 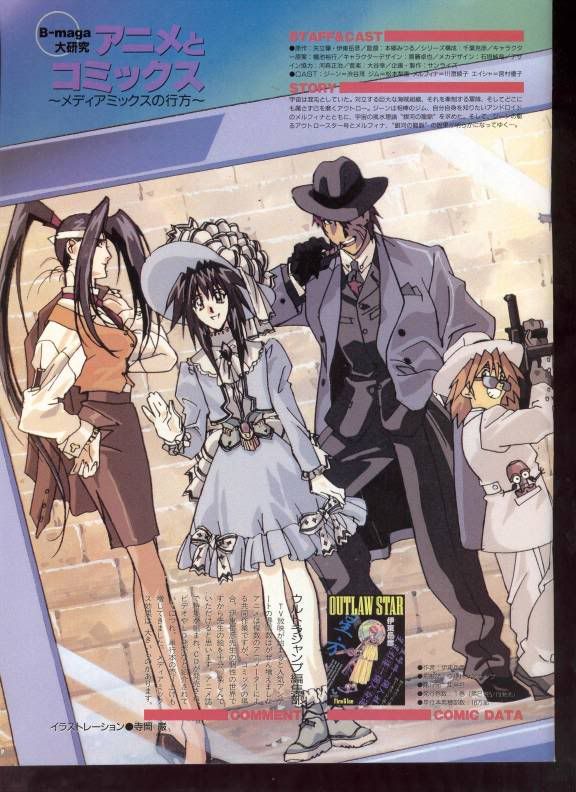 Bummer. I'd really like to read a TL about wicker, I don't know why.

cortz#9 said:
Bummer. I'd really like to read a TL about wicker, I don't know why.
Click to expand...

Wicker Punk? Well I think I might be able to help with that old sport. 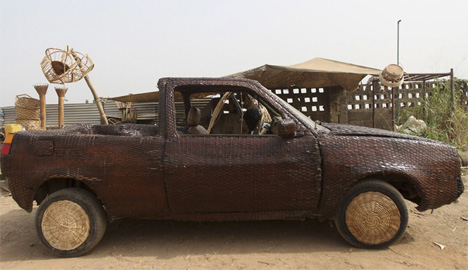 photo of of a Ford 235 the first car to be made with a mixture metal and wicker. While the car is still mostly wicker it’s still highly advance and excepted to be a top seller in 2021 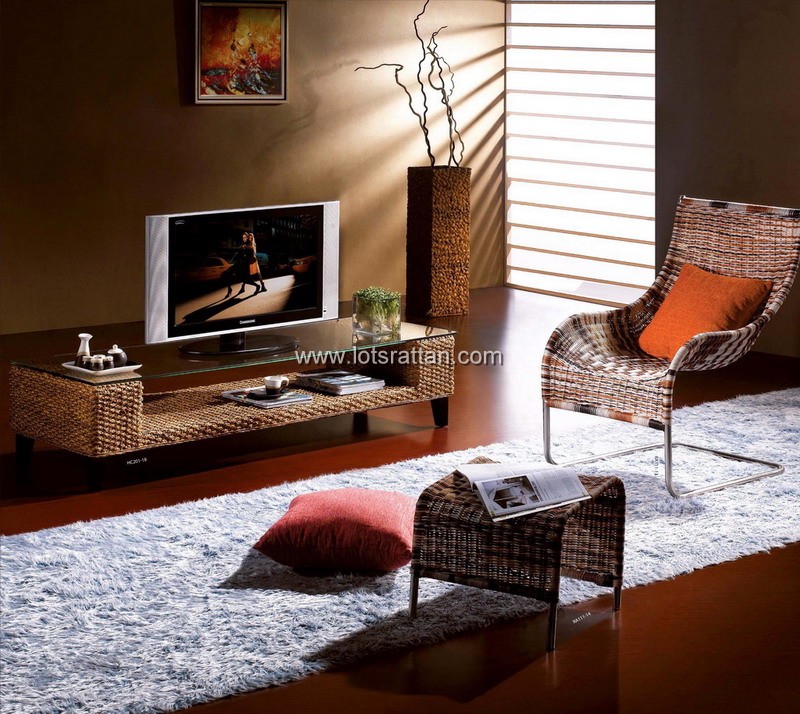 photo of an average UR household the United Republic has one of the highest standards of living in the known world. 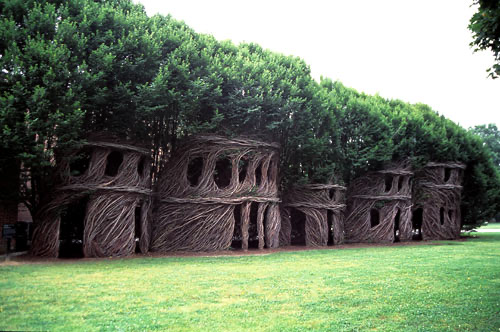 A a upper class L/A subdivision just outside Beverly Hills. 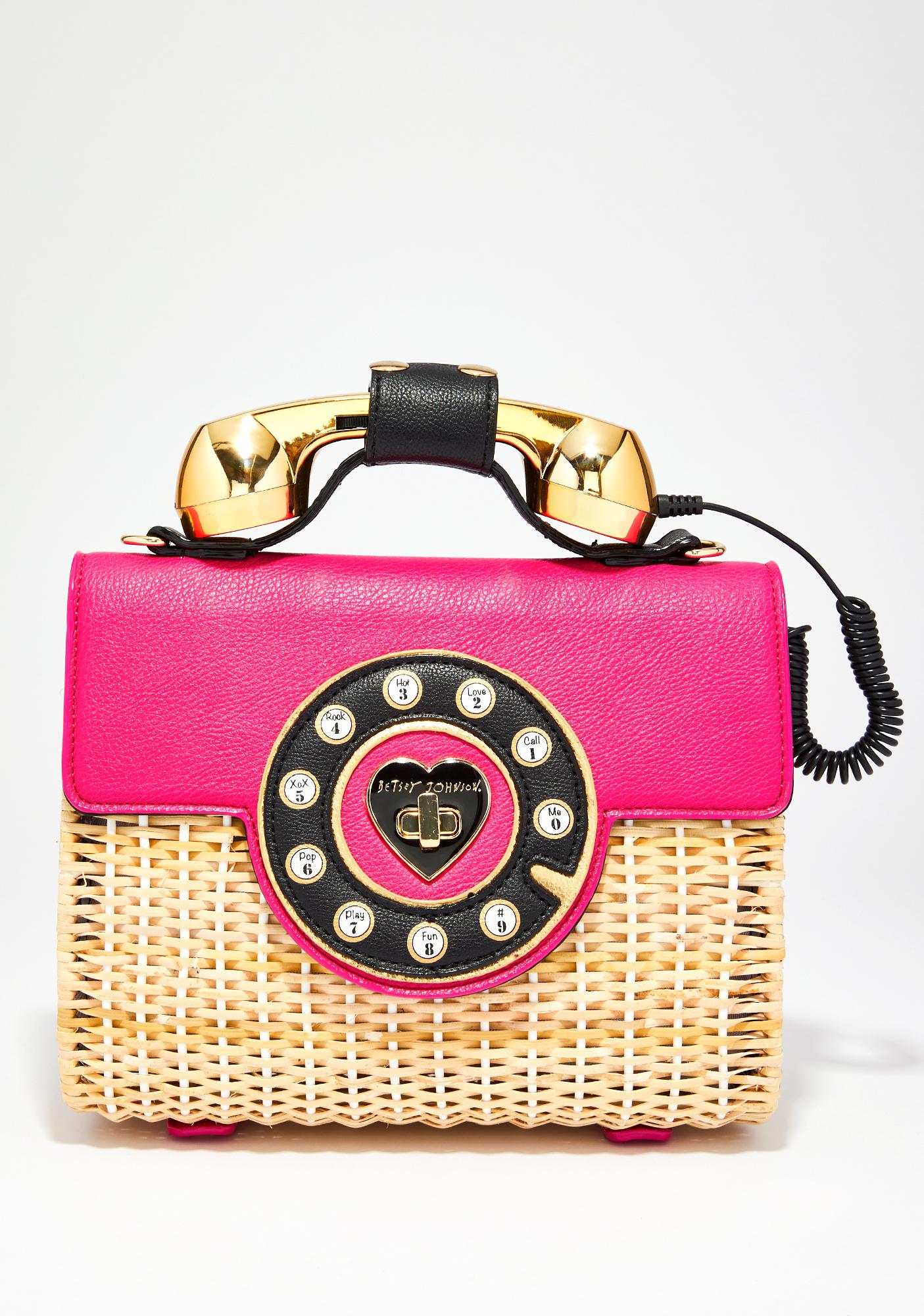 Mr.Gatsby said:
Wicker Punk? Well I think I might be able to help with that old sport.

Into The Gatsby Verse 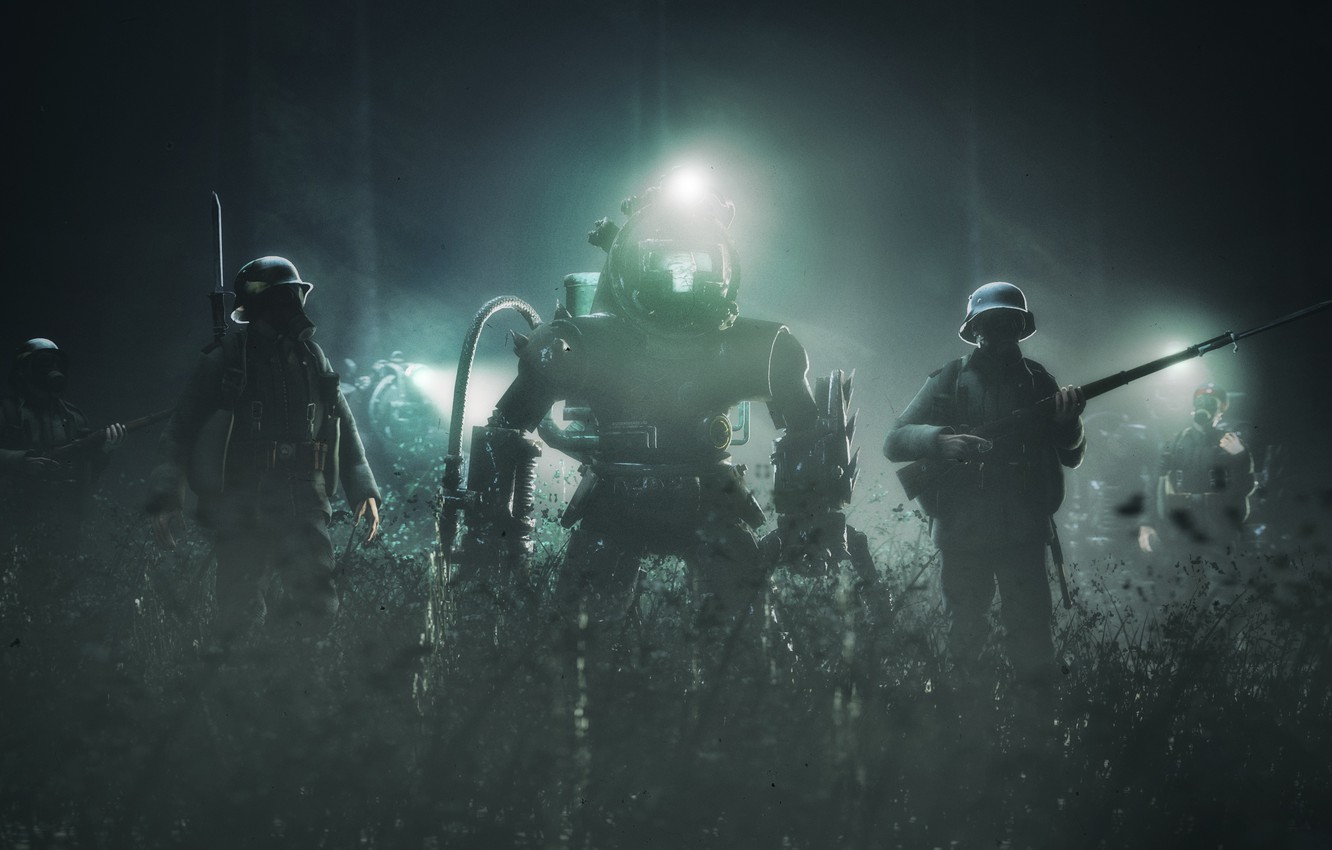 Photo of the Race only known as the peaceful during the invasion of earth -3 on multiverse -3. The Peaceful would rapidly advance across this universe before moving over almost the entire negative onmivrse. Taking strategic areas within it to launch an invasion of the positive words starting with E45 M45 universe of the Afro Reich.

United Inter Verse Command better known as the United Command or V Com a federation of different trans multiverses peacekeeping force united in a single goal, to defend the Omniverse from all threats and maintain relative peace between universes and multiverses with Forces numbering forces a hundred times past infinity there forces are the only one powerful enough to do the job. It is truly unknown who or what founded the organization but legends states that it was figure only known by a few names The Big Man, Al the great, Mr.Jay, The Southern Man, the man in white or more commonly known as Mr.Gatsby. As of now V Com are involved in ops against the Peaceful and their leaders near the negative breach. 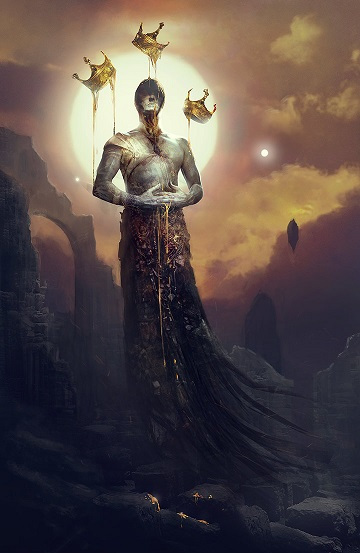 Master Slog one of the Last Ancient Ones. A wise old thing and said to have given birth to many of the outer gods who gave birth to elder gods which would give brith to the old ones who in turn gave birth to gods who gave life to mortals. Slog is believed to be one of the founders of V Com as well as the creator of the race realty changers known as Space Bats. 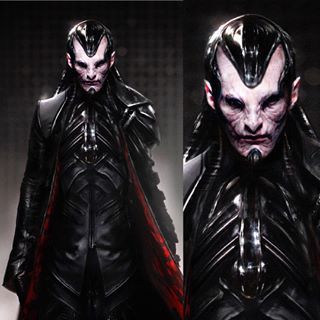 Photo of a space bat a accidental creation by Slog and others like him these mysterious things have the power to change space time as well as create ISOT events. One Of Space projects that failed as the great vampires who would create the vampires during the war between them and mortals before being killed off. 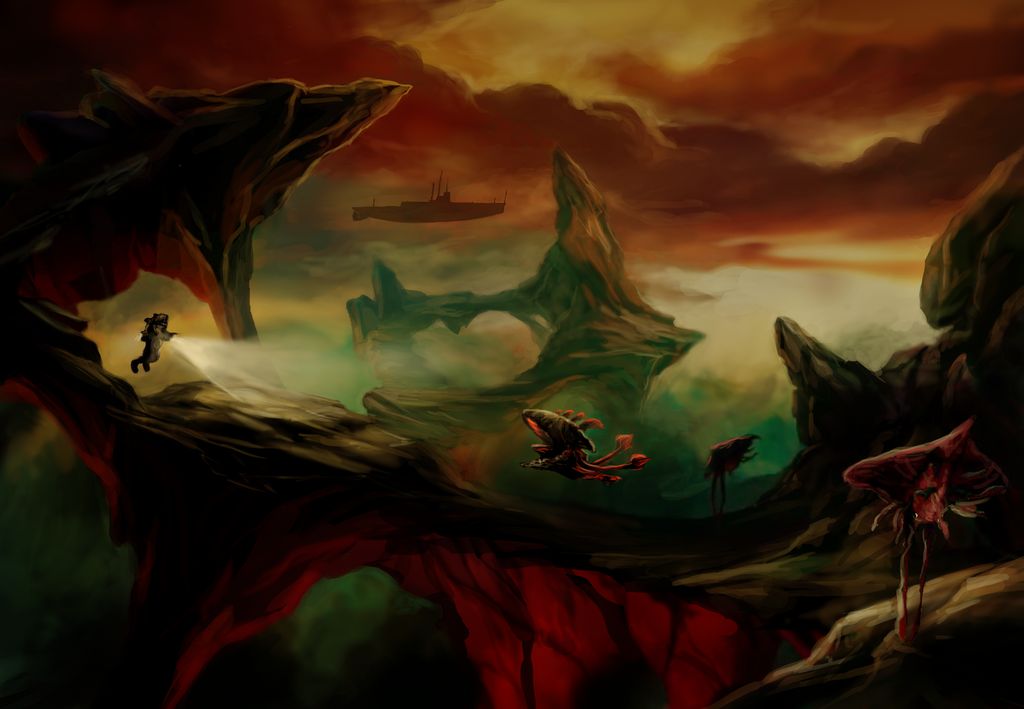 Photo of the void a timeless place between places which is rumored to be one of the oldest places everywhere. Void has given birth to both greatest heroes and villains. Including the great evil known only as Death Walker.

I still have no idea how you got wicker, cosplay and area 51 out of that.

pattontank12 said:
I still have no idea how you got wicker, cosplay and area 51 out of that.
Click to expand...

The seats on the vintage automobile in the first pic look like they're made of wicker.
The people in the second pic reminded me of people who are into cosplay and steampunk, I know its actually just a still from an old western.
The spaceships in the third pic over the desert reminded me of Roswell and the "Futurama" episode where Fry, the professor and the rest of the crew went back into the past and crashed at Roswell and caused all kinds of havoc.
And finally, I'm just kind of weird. 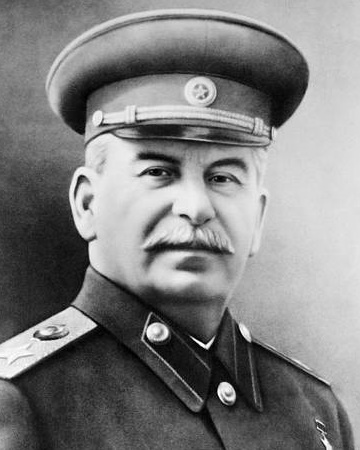 Joesph Stalin the General Secretary of The Soviet Union who ruled the USSR during the “great reveal” (Soviet and Warsaw Pact name for the day vampires came out into the public). High ranking Soviet Leadership had always known about vampires existence and had been equally divided on the topic many of them seeing the undead as part of the old ruling class holding and their governments were almost always feudal this erupted which resulted in the great purge of the late twenties and thirties killing off any one who opposed the idea of having vampire in the USSR due to their usefulness and Stalin’s relation and friendship with vampires. 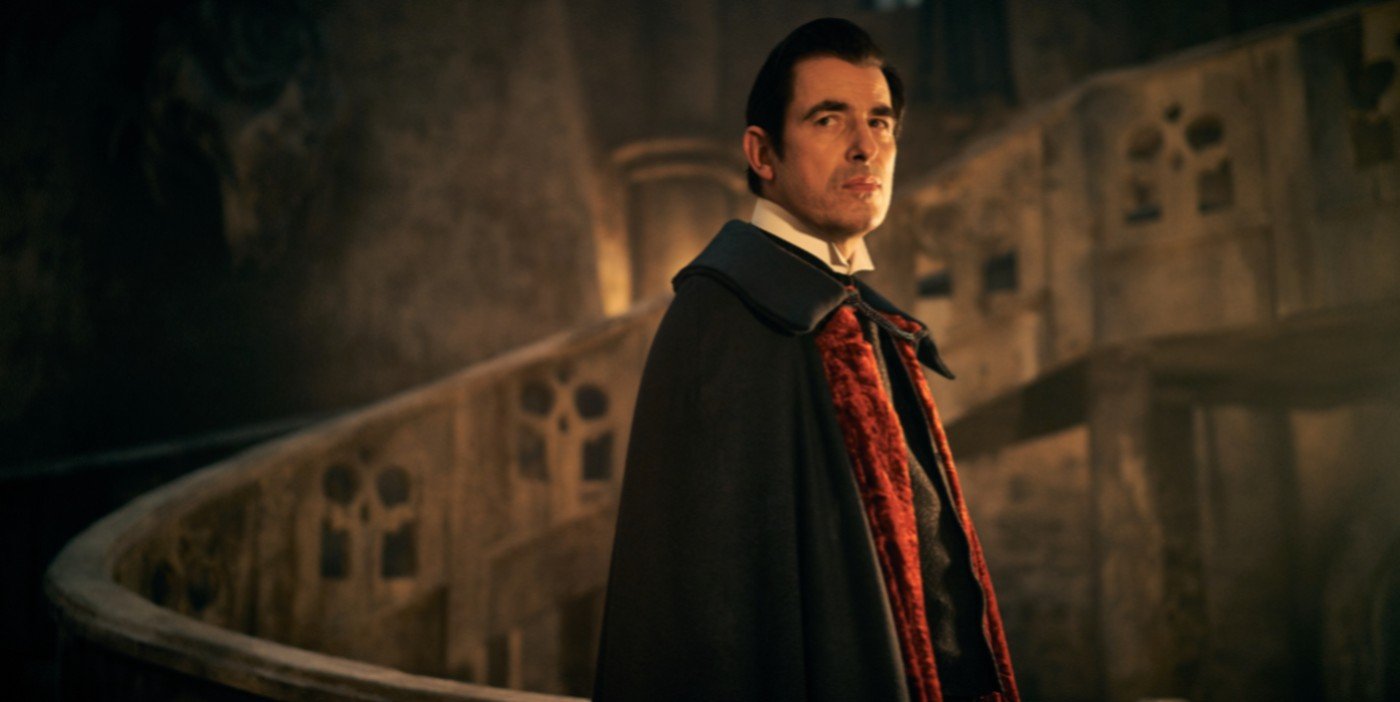 Count Vald Tepes otherwise known as Dracula, while highly opposed to communism in beginning after the Second World War and the start of the Cold War he would slowly rise his way up the food chain of the communist Romania. Rather he is true believer in the hammer and sickle or not is unknown, but under his reign Romanian has become more independent from the other Warsaw Pact nations and country has flirted with joining the non aligned pact throughout the years must notably the Yugoslav civil war. 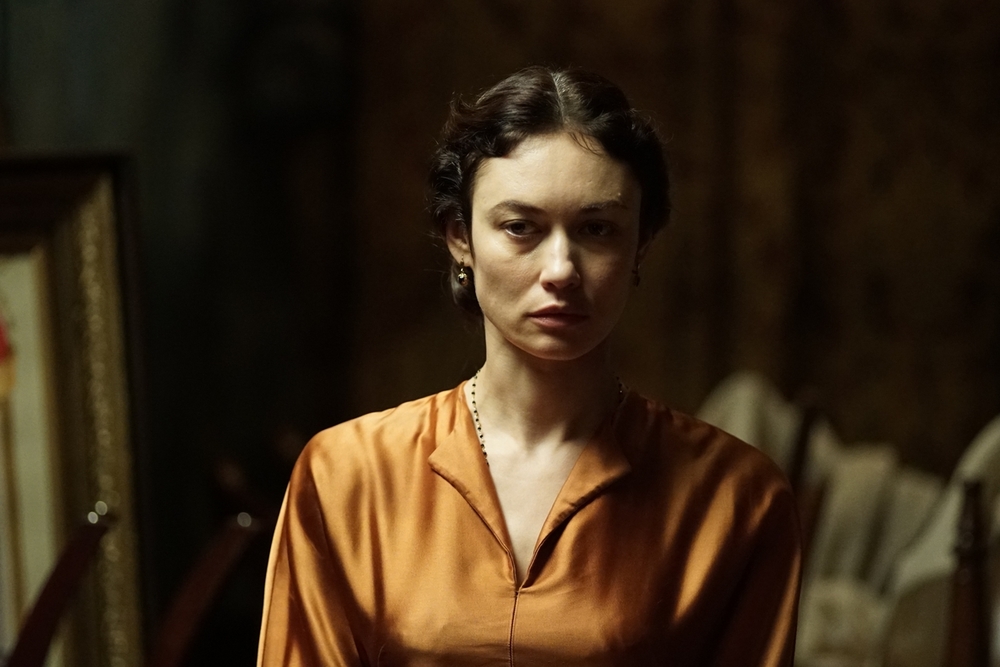 General Secretary Svetlana Alliluyeva (1965) she would be born a half vampire and wildly believed to be a daughter between Stalin and a female vampire KGB agent. She would take over from Nikita Khrushchev after his death in 1964.

A pro vampire propaganda poster for the vampire known as Lady Red a comic hero from within the USSR similar to BatMan. 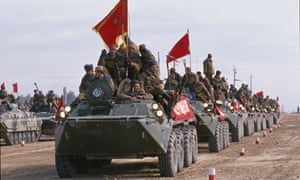 Soviet Soldiers move into Afghanistan shortly after the 1976 metro attack. Due to the “safe village program” and “resettlement programs” along the massive use of vampires and ghouls to target rebel groups many believe that if just bitten and not even turn by a vampire or ghoul their souls would still be damn. By 1985 the numbers of armed fighter numbered in the hundreds who were killed off after a few “nuclear tests” on hidden rebels bases in mountains. 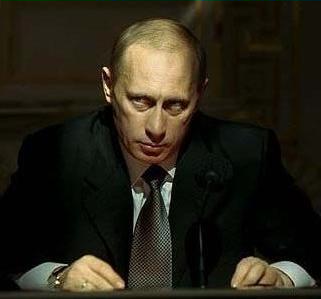 The first vampire General Secretary Vladimir Putin who help get the Union and Warsaw Pact back on track after their near collapse of the late eighties early nineties.
Last edited: Jan 12, 2020

cortz#9 said:
The people in the second pic reminded me of people who are into cosplay and steampunk, I know its actually just a still from an old western.
Click to expand...

That is the cast from The Adventures of Brisco County, Jr.
Which is in fact a steampunk western.
Threadmarks
You must log in or register to reply here.
Top
Top