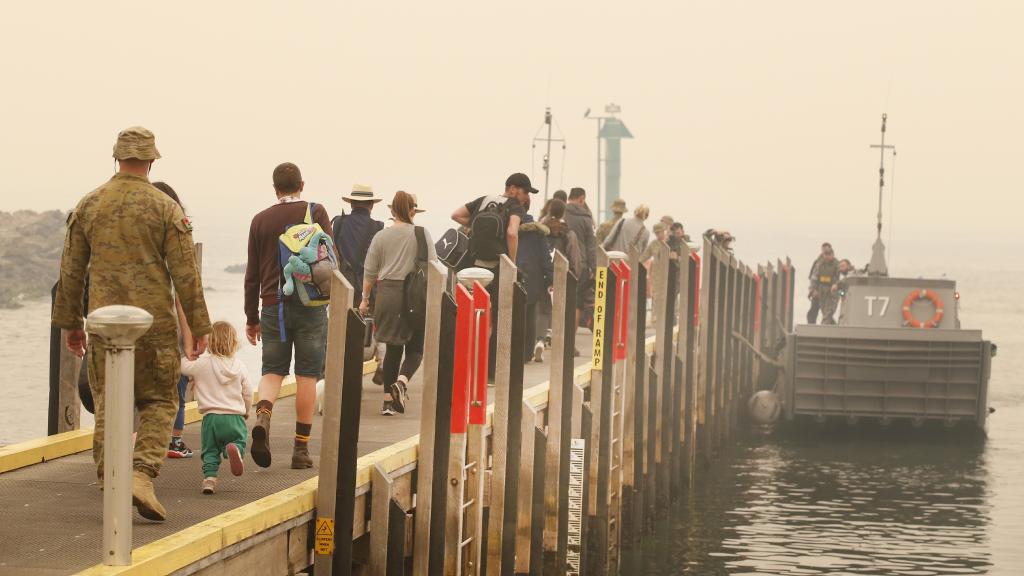 ADF personel evacuating Sydney residents to Newcastle in the days following DD. Newcastle becomes the main refuge centre for what was once Sydney.

Ukron said:
View attachment 514528
Canadian soldiers climb on the wreckage of a plane, roughly a thousand miles south of the North Pole, to scout the area during an Arctic survival course on Cornwallis Island.
Click to expand...

Various photos of American expatriates in the CANZ

Mexican-American family in Gold Coast. (The Brothers Garcia by Nickelodeon) 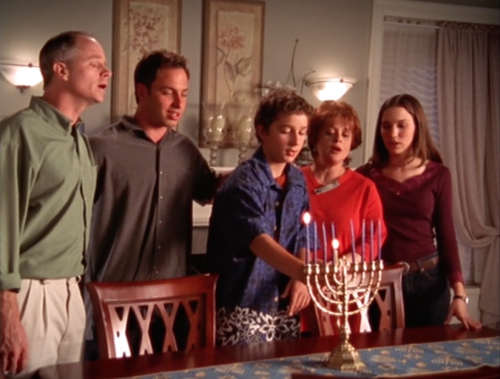 A Jewish-American family celebrating Hanukah in Wellington, NZ on December 25, 2003. (Even Stevens)

American family with a newborn in the suburbs of Jervis Bay, NSW. Photograph dated July 20, 2008 and donated to the Committee to Restore the United States of America. (Jurassic Park III)

Originally ceded to the United States following Japan's surrender in World War II, a LORAN-C transmitter was established in 1964 where it was manned by a crew of 20 USCG personnel. During the Doomsday, the island was spared from Soviet nuclear missiles due to its insignificance and size. With contact with the U.S. mainland, Japan, and the Marianas severed, the coasties stayed there until December 1983 when they left for Hawaii. Marcus Island was then administered by the APA until 1995 where it was transferred as an external territory to the Commonwealth of Australia and New Zealand.
Last edited: Jan 11, 2020

Egyptian Army M-60 Patton during the riots in Cairo, Egypt on October 22, 1983. Part of the riots was caused by American and European tourists angrily attacking Soviet and Warsaw Pact embassies in what is known as the "Tourist Wars". 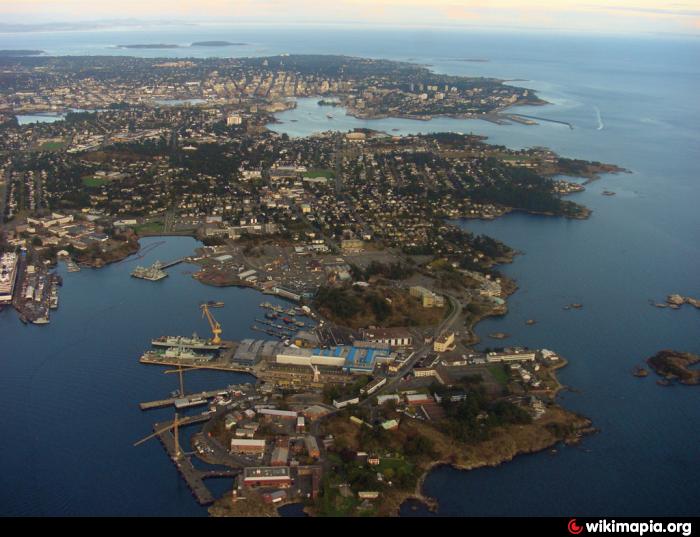 Overview of CFB Esquimalt, a former Royal Canadian Navy base now under the Victorian Navy. CFB Esquimalt and the former RCAF base CFB Comox luckily survived Doomsday intact as the Soviet bombers targeting it were shot down by Canadian fighter jets. 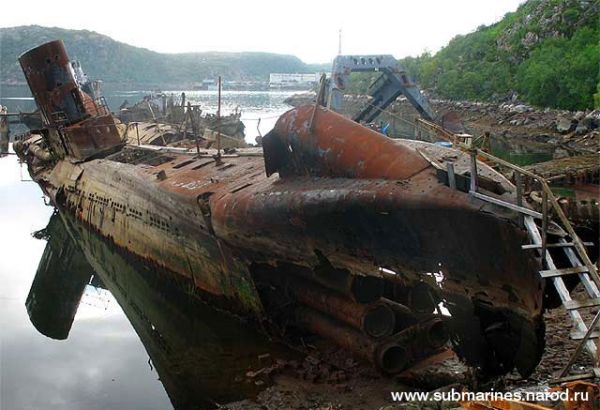 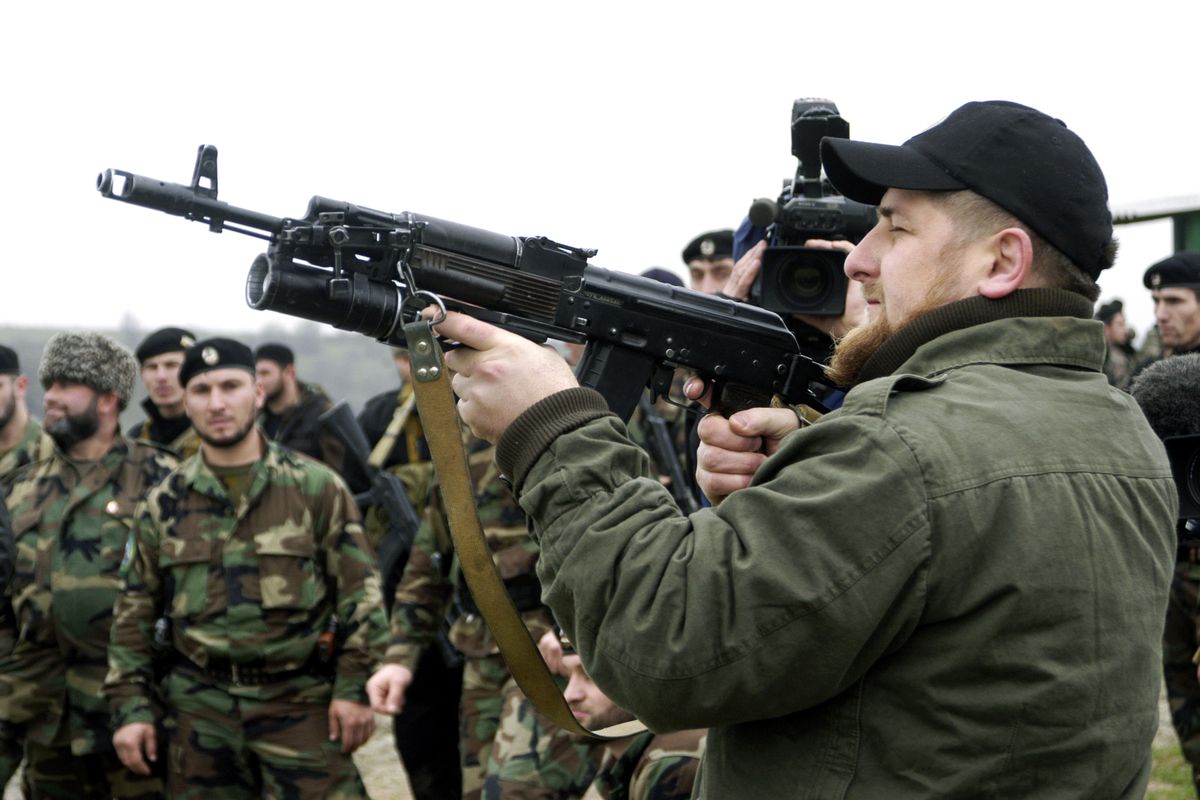 The Muslim Liberation Army is an army organization loosely associated with Iran. The MLA wants a complete break from the perceived foreign influences in Muslim countries, and the creation of a new Islamic caliphate.

Reported beliefs include that a Christian-Jewish alliance is conspiring to destroy Islam, which is largely embodied in the USSR and its allies, as well as the GSU, which the organization perceives as a corrupt entity which has lost touch with "true Islam“, and Israel. 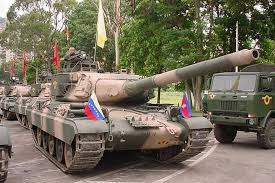 Venezuela AMX-30, received from France in 1970s, they were obsolete but still maintains active for reserve duties.

Music video for Eurythmics - Sweet Dreams (Are Made of This), released shortly after the track was released in January 1983. The band is assumed to have been killed during Doomsday however the track still remains popular to this day.
Last edited: Jan 20, 2020 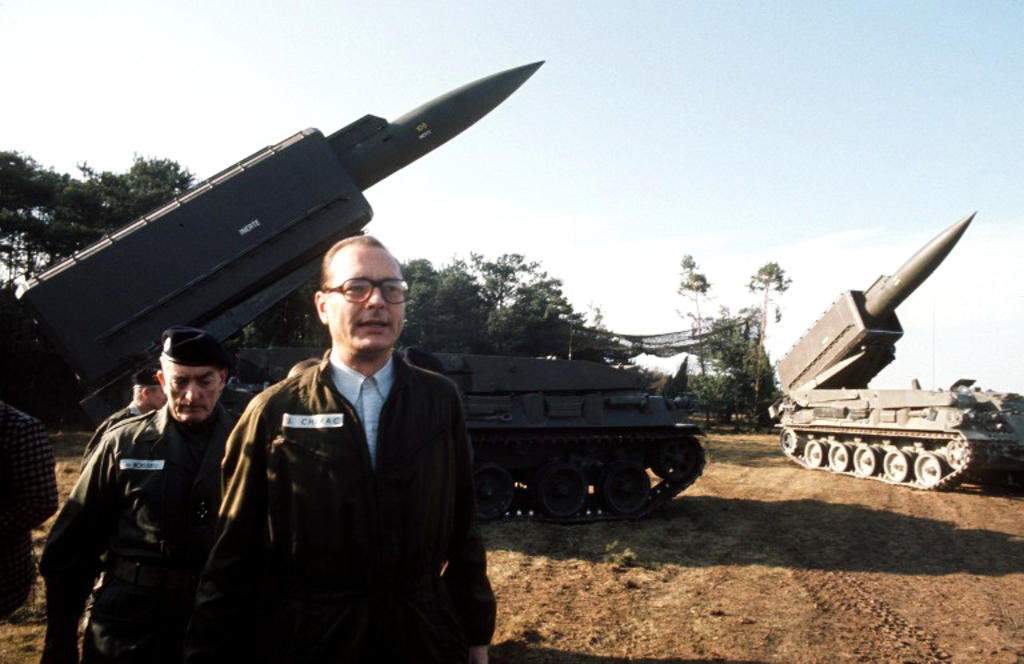 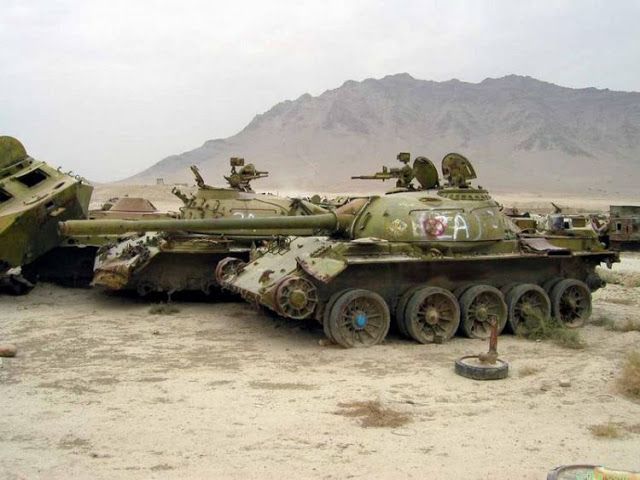 A graveyard of Chinese Type 59 tanks and armored vehicles in Inner Mongolia, 2020. 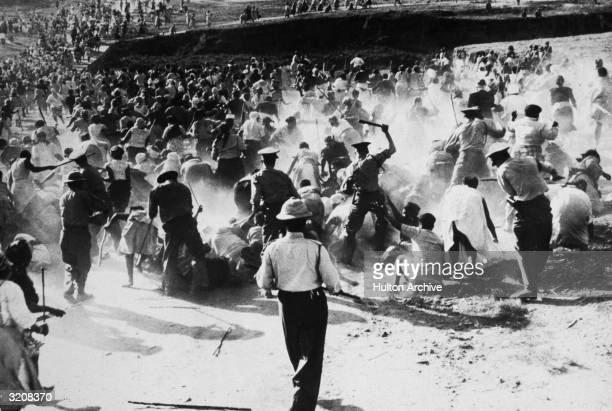 Riots in South Africa after Doomsday. 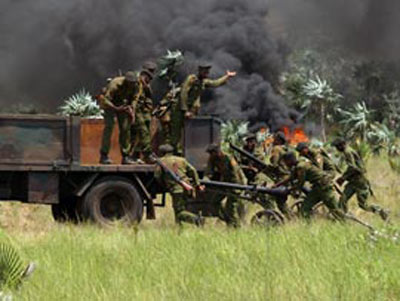 Republic of Angola troops skirmish with Kongolese forces, 2006
From https://althistory.fandom.com/wiki/Media_Archive_(1983:_Doomsday)

Tasmania, Australia (Jan. 23, 2020): A soldier of the Commonwealth Army tests out a prototype "M4 Carbine", an improvement of the Colt M16. The prototype here is seen with a new quad rail system that allows the attachment of several accessories designed to aid the user in combat, a brand new optical system for improved accuracy, and a new polymer stock. The M4 is expected to be in service with the Commonwealth Armed Forces by 2024. 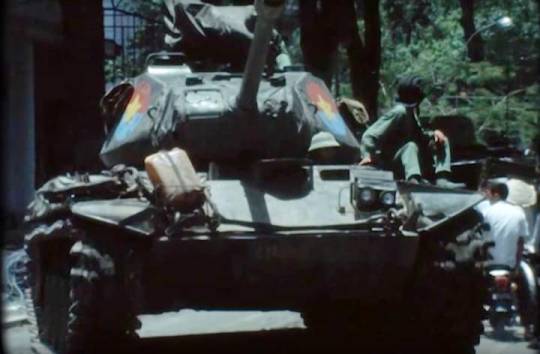 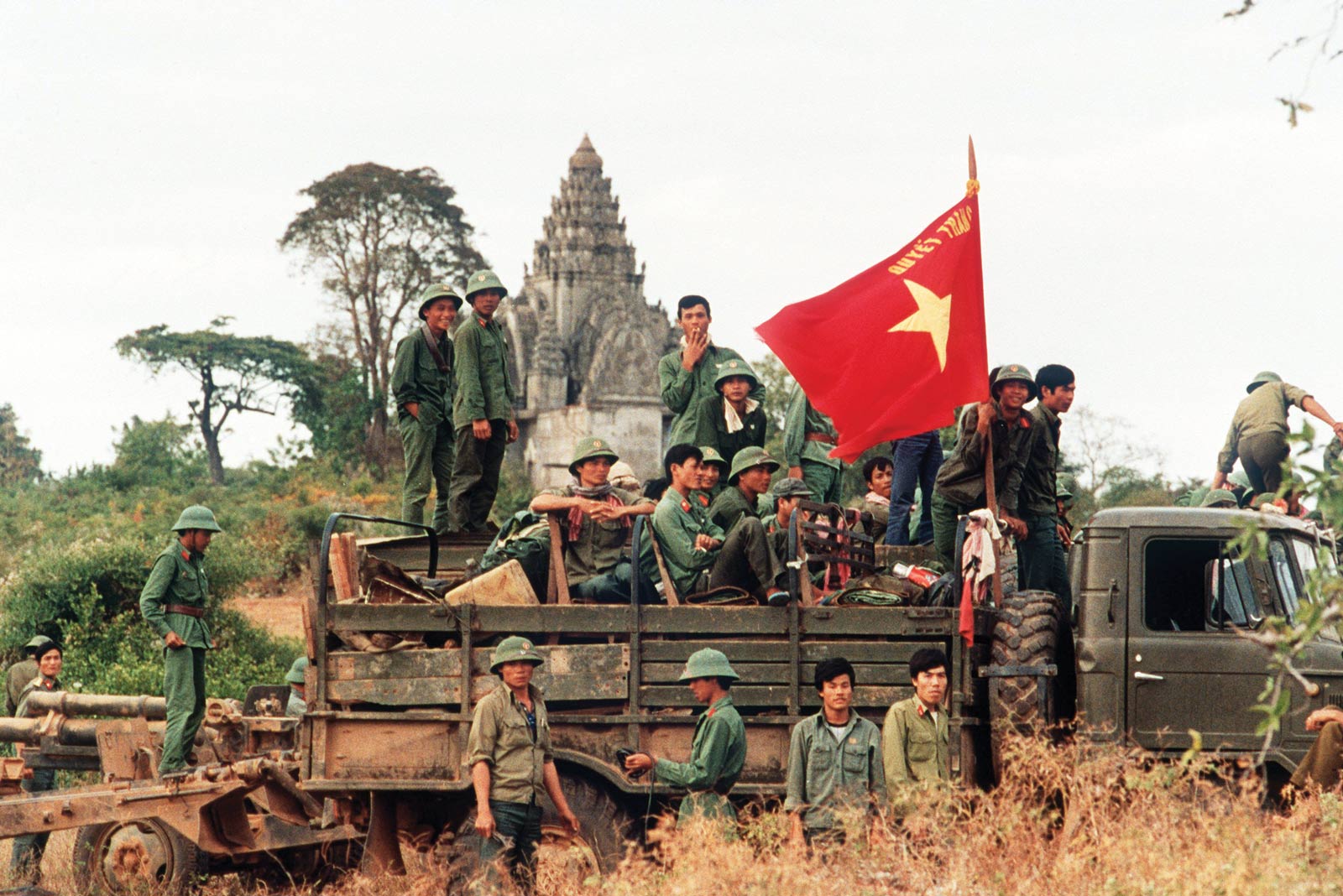 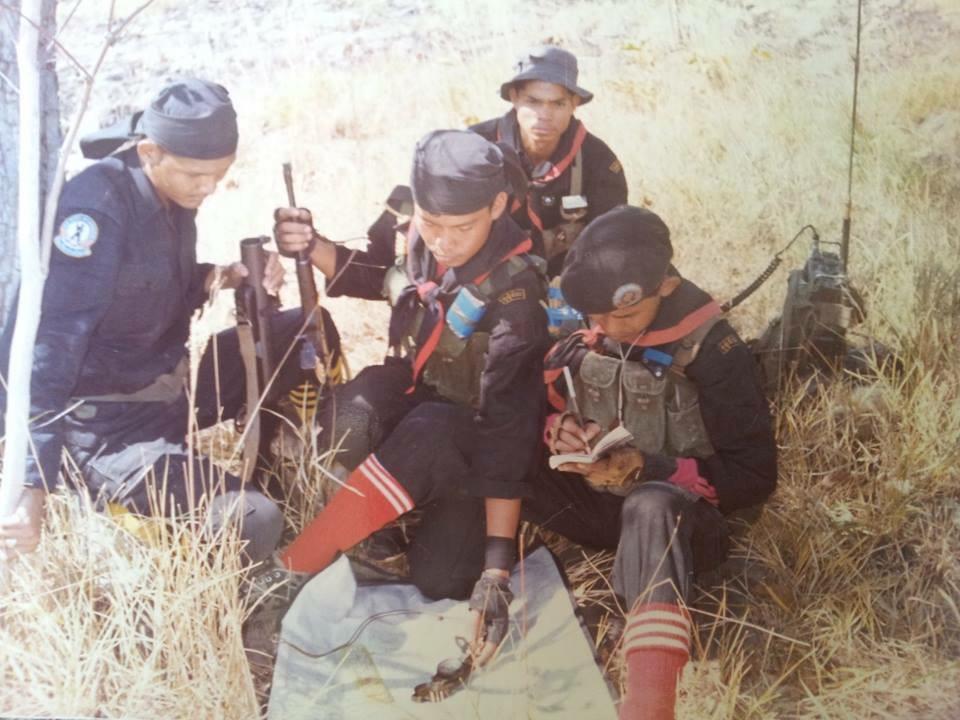 Thai paramilitary forces posted in the Thai-Cambodian border where they engaged Vietnamese troops that chased KPNLF fighters retreating back to Thailand. Most border raids have died down after Doomsday. 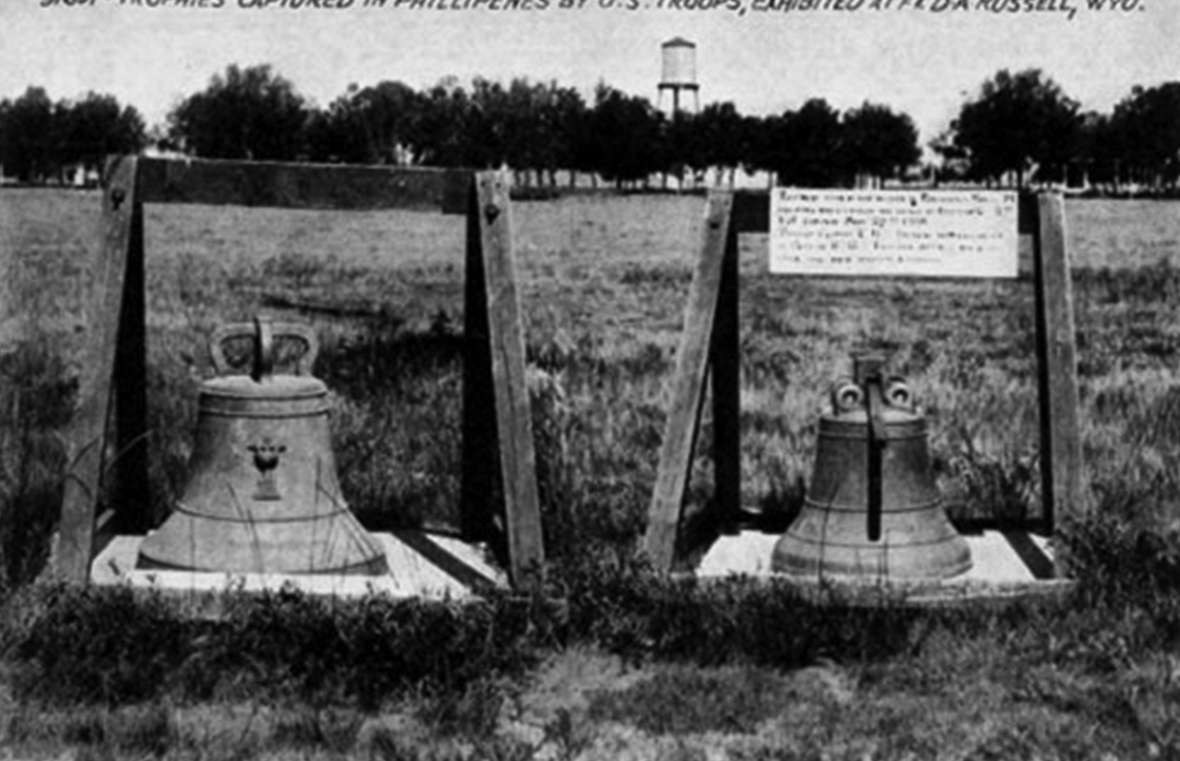 1901 photo of the Balangiga Bells seized by American forces during the Filipino-American War.

From 80 years leading up to Doomsday, there were movements within the Philippine government to have the bells returned back to the Philippines but these were barely met. One of the bells was placed in F.E. Warrens AFB near Cheyenne, Wyoming and was unfortunately destroyed during Doomsday. The other is in the former U.S. Army installation of Camp Red Cloud in former ROK (now Union of Korean Peoples) where its return is still being facilitated by the Republic of the Philippines, the UKP, and the Provisional United States.

(NOTE: In our timeline, both of bells were returned to the original location in Leyte on December 15, 2018) 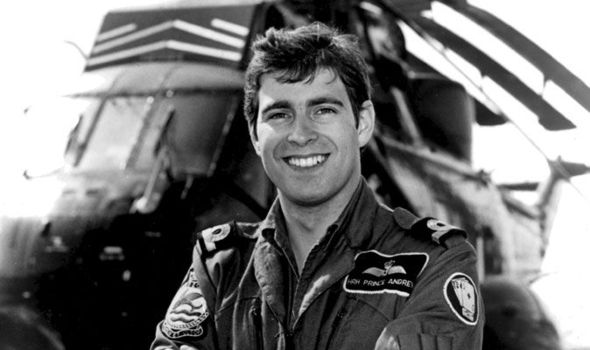 A photograph of Prince Andrew, Duke of York, aboard the HMS Invincible (R05) during the Falklands War, 1982.
You must log in or register to reply here.
Top
Top