Plans had been drawn at the conference for 1898 and 1899 for the next stage in the rebuilding of Canada. Continued work would be undertaken to push rail improvements to the east. Meanwhile, the Hawaiians would do a more detailed survey of Newfoundland and Prince Edward Island. Rail construction would be started from Halifax toward the provincial border with New Bruinswick.

Hawaii rejected moving its base in Eastern Canada from Fort Louisbourg to Halifax. The Canadian Government had moved some offices from the fort to the city. By 1898 the city of Halifax 's population had risen to nearly 13,000 people.

With improving weather more progress was being made in restoring Canada. It was hped that in another 12 years the capital might be moved back to the east. There had been a number of former Canadians that had decided to return to Canada now that things were better. Some had never really adopted to Australia or New Zealand. There were a few that had lived in the Kingdom of Hawaii that wanted to try their luck back in the land of their parents birth

Construction in Ottawa was going on during the Spring and Summer. It rapped up with the arrival of Fall because there was always a chance of an early snow fall. Still the Capital's restoration was continuing. The year round population was small but the place was no longer a ghost town. An airfield had been built with giant hangers for airships. The Military maintained a security detachment there. There were some Government offices in the city and the power plant now ran the year round. A hospital had seen a lot of renovation and it was partly open. Since it was the only medical facility for hundreds of miles it did draw traffic from much of Central and Eastern Canada that was not near Fort Louisbourg or Halifax.

The United States of America had really been hard hit by the fall but there had been a series of troubles that had made things worse. As mention elsewhere the US had seen divisions and corruption. A man had become President and was because of his greed for power was used as a tool by Mexico's Corrupt dictator. The nation had battled through another Civil War and had beaten back an invasion by Mexico. Other problems had left the nation in the back burner of the world. America's recovery was very slow. Some felt that every-time there was progress a set back moved things backwards.. Still as the 19th Century was drawing to a close things were looking up. The weather was turning and once again the land of so much hope and progress began to stir.
Hawaii was a trading partner and had assisted in the defense of California. The Hawaiian Prime Minister was hoping to meet with the American President.

Word was that war hero Theodore Roosevelt would be running for President in the election of 1900. His actions had lead to helping the collapse of the corrupt President and the rise of the Nationalist.

For the first time ever the Prime Minister of Hawaii would be traveling to the United States. He would visit California where he would meet General Theodore Roosevelt the most likely candidate of the Nationalist party for President in next years election. He had recently been back in the Empire State and had been appointed Governor of that state, It was a post which he had been kept busy rebuilding the state. New York City had been heavily damaged in The Fall and the Recovery had been delayed both by the Weather and by conflicts in the country.

The reconstruction of America's East coast had actually begun only in 1890. It was slow work. The cleaning out of NY's Harbor was taking forever but with improving weather tiny steps forward were made, The Population of the region which had been New York City had finally risen to over 6,000 people and it was growing every year. Lots of projects were underway clearing out mount of devastation . New roads were built as were water lines and sewers. Still the dream of a New New York City was alive.

The Hawaiian Prime Minister arrived in May6th aboard a Naval Airship in California He met with the American Vice President and Governor Teddy Roosevelt. The discussion was on what help Hawaii might be able to offer to help speed the recovery of the US. Prime Minister Kamehameha presented the Americans with Photos of the US taken by the Royal Hawaiian Naval Air Service. He also showed them pictures of what had been done in the restoration of Lisbon by Hawaii, Brazil and Portugal. The Prime Minister also pointed to the restoration of Florida. Several of the islands had been joined together after a massive effort creating larger land masses.

May 6th Prime Minister Kamehameha received a warm welcome from the people of California. The Governor thanked Hawaii for its past help during the troubled years and for the economic investment that Hawaiian companies had made in the state. It was estimated that nearly 500 million dollars had been invested in the United States with the greatest amount being in the State of California.

The Prime Minister had a series of meeting with Mr Roosevelt and they managed to get along quite well. The Prime Minister was convinced that TR would be elected in 1900 as the next President of the United States of America. 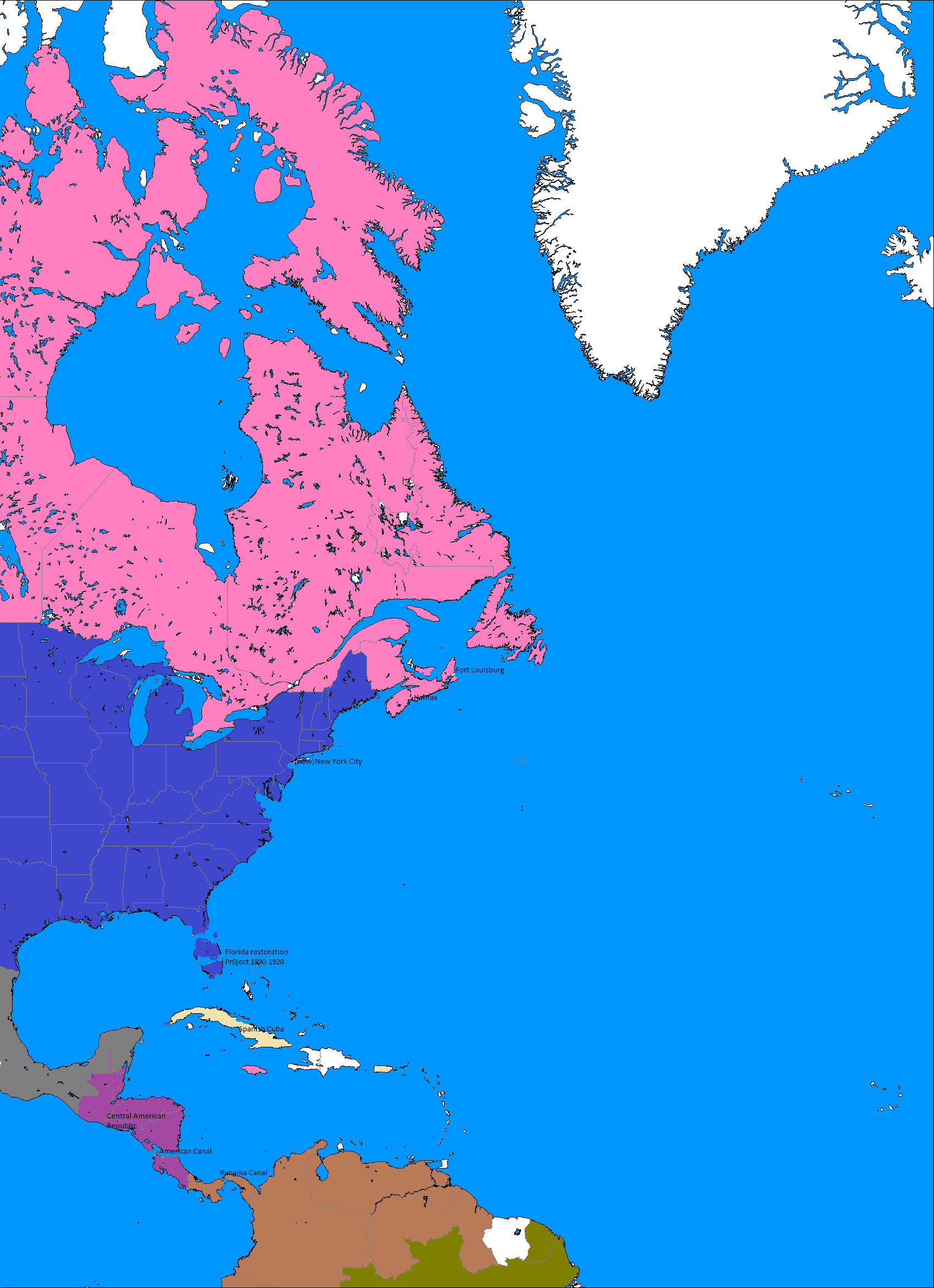 The Florida Project had seen a lot of progress. The restoration effort had seen a lot of territory recovered. It was hoped that in the 1900-1910 stage more could be done to bring the northern Florida mainland and the Central Florida landmass closer together There was now Ferry service which allowed people to travel to the central section of the State. Governor Roosevelt of NY visited the state to see what was possible. He formally announced that he would seek the Nomination of the Party for President in the 1900 election.
You must log in or register to reply here.
Top
Share:
Share
Top