The F-4E that Major Christopher W McNamara flew in California 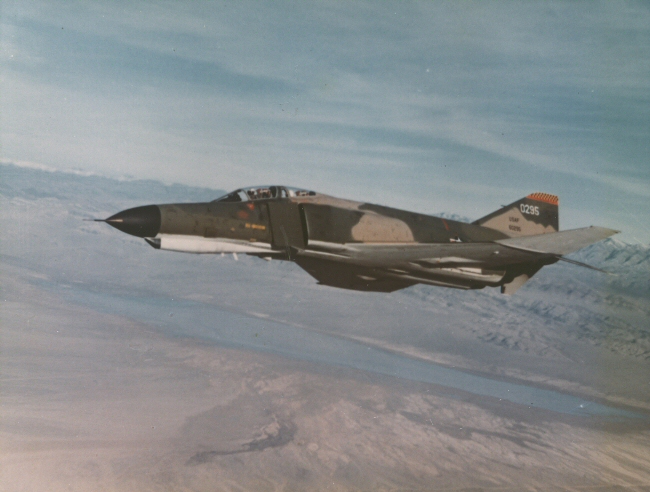 Rep>CW McNamara introduced a bill to purchase the Phantom II for the Hawaii Air Force and Navy. He had 24 cosponsors for his bill and it was referred to the armed Armed Services Committee where he intended to press his case. He had the support of the leader of the National Conservatives and the King had expressed an interest in the aircraft.

Admiral William Kamehameha IIi entire family was there was present when Prime Minister Thacher was present and the entire extended family was at the estate. The Admiral's cousin asked a lot of political questions of their guest. William had just been promoted to Vice Admiral. He had flown his flag aboard the carrier King Kamehameha III and was now waiting to leave on the carrier Charles Bishop.The carrier would journey through the canal and visit the North American East coast visiting Virginia New York and Halifax before sailing across the Atlantic and making port calls in Ireland, Great Britain, France, Portugal and then into the Med where he would visit Italy, Austrian Empire, Israel and the Kurdish port city.

CW McNamara got a bill passed in the Armed services Committee to buy the F-4 for the Royal Hawaiian Air Force and the Royal Hawaiian Navy. The Bill passed the entire House with 480 votes in favor and 40 opposed. 140 Phantom II were bought for the Navy and 180 for the air force.. In addition 8 trainors were purchased and 12 RF-4E

The Royal Hawaiian Air Force had purchased 90 Boeing B-47 jet bombers and bought an additional 40 aircraft which it converted into EB-47 and RB-47 with 2 aircraft used as training aircraft.

Charles B Kamehameha III chose to apply to the Naval academy upon graduation from High School. His grandfather had wanted him to go into the family business The Royal Bank of Hawaii but his father understood and made some calls. He was accepted and arrived in 1972 to join the incoming class. He fully embarrassed everything and graduated in the top ten percent of his class. He went to sea but was soon reassigned to the Navy's accounting office. In 1980 he was promoted to Lt Cmdr and 4 years latter made Commander.
He was assigned to oversee the spending on the final King Kamehameha III class carrier and was pleased to report that the ship came in under cost estimates. He returned to the Naval Administration as a captain and was the aide to the CNO. In 1987 he was promoted to Rear Admiral and took charge to the accounting office.

The Royal Couple returned to Hawaii after their Honeymoon to a warm greeting from the Hawaiian people . The streets were packed with hawaiians who wanted to get a look at the new Queen. Thr King had the Car stopped several times so that he and his new wife could speak with some of the people. The Police and secret service were concern but here were no problems. He arrived at the Palace and security was tight as the Royal guards manned all of the post.

Prime Minister Tamm announced that she would not be running for re-election. She had gotten married and her husband was working for the company founded by his grandfather. Thus the Liberal Democrats were scrambling to find a candidate that could unite the party. Mr Davis the leader of the National Conservatives had decided not to seek the post and thus Christopher W McNamara gained support within the party to run for Prime Minister.

Without Tamm at the helm of the Liberal Democrats the National Conservatives made an outstanding campaign resulting in taking 295 seats. The Liberal democrats held 205 seats and the Hawaiian Progressive Party20. As the leader of the National Conservatives Christopher W McNamara went to the palace to present his credentials to the King and to get permission to form a government. The King approved and the new Prime Minister began the task of assembling a cabinet.

Prime Minister Christopher W McNamara was sworn into office with his mother and father present. He had appoint Charles R Nufro as the new Secretary of stat. Both his grandfather and his father had served in the position before him. Charles had a degree in International Relations and a Masters Degree in Government service

The Prime Minister ordered a defense review to come up with a realistic bases for the modernization of the Royal Hawaiian Armed Forces.

The Defense review was a careful look at what the Hawaiian Military really needed to assure the security of the Kingdom. The navy had already purchased 6 of the Thompson class of destroyers [ this was the equivalent of the American Arleigh Burke}. The destroyer was very expensive due to the fact that unlike the Americans the Hawaiian Navy insisted that it be surivable ie capable of taking damage but remaining operational. Still the builder of the ship was reducing the cost and it asured the Secretary of the Navy that if it got a contract for another five ships it would see a lot of savings. The Royal Hawaiian Navy would like twenty-five of the destroyers but the Prime Minister had to balance the needs of the Air Force,Army and other parts of the Navy.
Threadmarks
You must log in or register to reply here.
Top
Top