Our Fair Country: The Commonwealth of New England 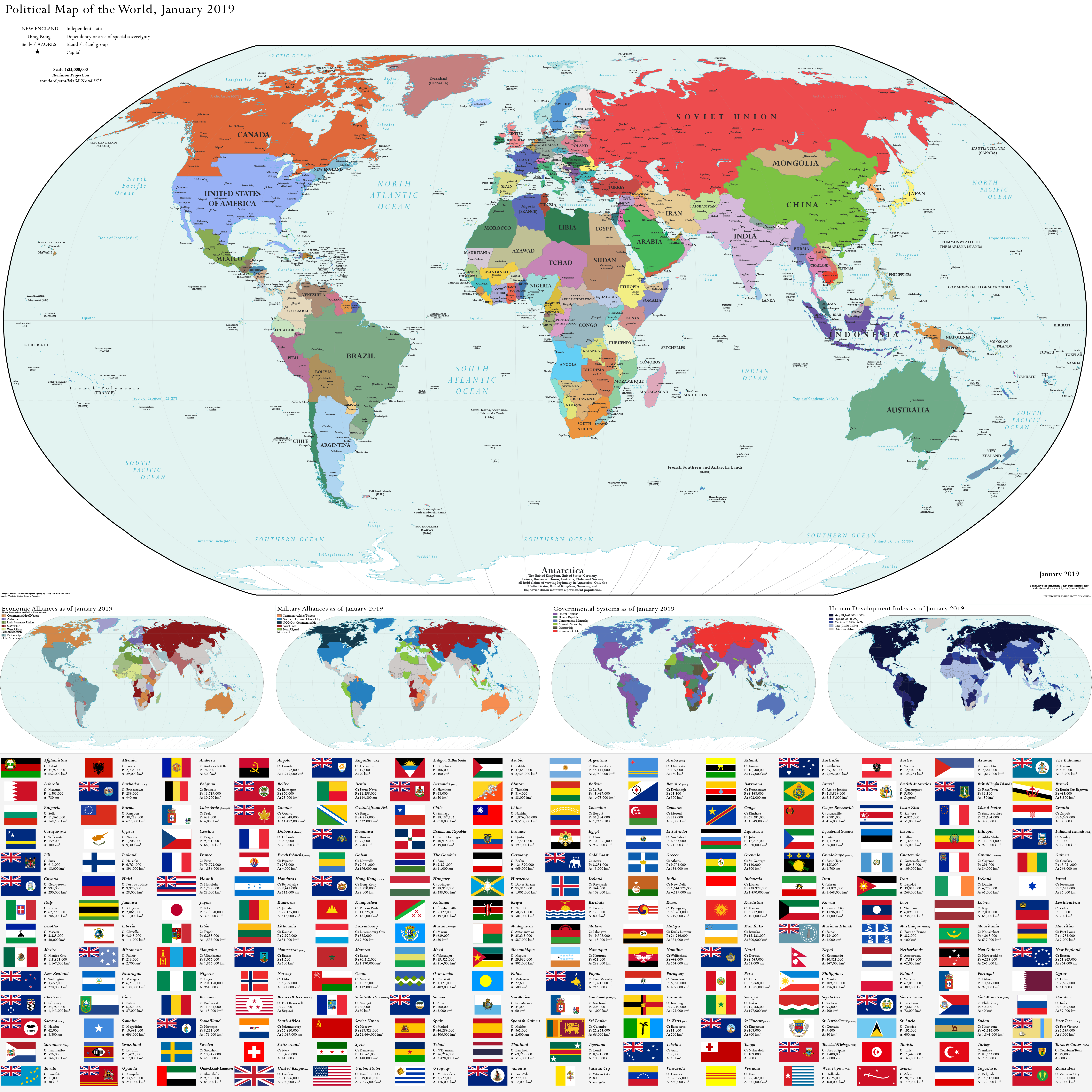 ​
After some careful thought and consideration, I've decided to formally open a thread here in the Graphics forum dedicated to Our Fair Country, which I had started over in the pre-1900 forum.

The premise behind this is pretty simple; I'm going to use this as a place to post the various maps, wikipages, wikiboxes (maybe a few), and graphics that I have for the Our Fair Country universe instead of spreading them out among the numerous threads already here.

Much like the excellent Hail, Britannia series by @LeinadB93, I am using this as a place to both store and bring together all of the content I have for this series. I also truly hope that this can be a place where people can both ask questions about the universe itself and contribute. I figured this would not be a "Shared Worlds" because I would like to retain complete control over the direction of the universe. I have a basic idea of the rest of the world, but am always open to having someone who has an interest in it (e.g. European, South America, Asian, African affairs) pitch in to help me build this universe.

The basic premise behind Our Fair Country is that New England developed slightly differently during the colonial period, and a slightly different British response (and American actions) during the American Revolution swung a small fraction of the "Undecided" colonists towards the side of the Loyalists, giving them the upper hand in the debate and ultimately keeping New England within the British Empire. All else flows from these slightly divergences and the world, as we know it, is a far different place.

I've already created quite a few installments in this series, which are linked below. All future installments will take place here and marked with a theadmark. Most of the new updates for the series will go here, and only very large things (a large wikipedia article for a general election, or a large map) will I post in the appropriate thread.

Anything not linked below or in a threadmark is not canon. There are a few things floated around that I've previously done that I either cannot find or am axing for this series moving forward.

This is pretty amazing Wonderful work on all fronts

Looks like I've got some serious competition as the New England TL-maker.

First up, the largest ethnic groups in the Commonwealth of New England: 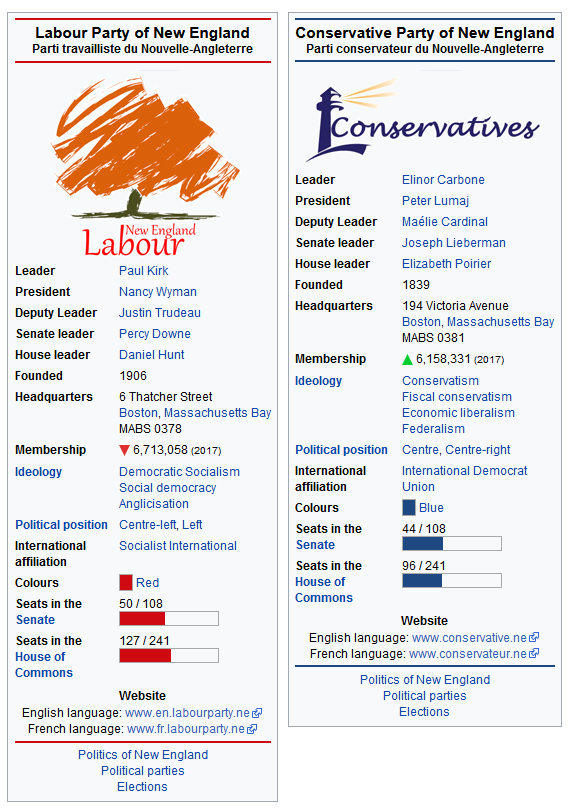 Wanted to get the two major parties up. I plan on doing the two other parliamentary parties, as well as several of the larger provincial parties at some point as well.
Last edited: Jan 11, 2018

@ADS94 I'm actually confused on why there's no Liberal Party.

Joe Lieberman as Labour? Why?

And Justin Trudeau is Yankee? How?

Joe Lieberman as Labour? Why?

And Justin Trudeau is Yankee? How?
Click to expand...

The Liberal Party, while dominate during much of New England's history, effectively disbanded during the 1930s-1950s due to an ever-decreasing vote share as Labour rose across southern New England and their French-speaking voters began to vote for Parti Francophone's predecessor, Parti Acadien, in northern New England. Their MPs and voters eventually split between the Conservatives and Labour.

Joe Lieberman is actually an error, he is supposed to be the Conservatives Senate leader. Let me fix that.

Charles-Émile Trudeau joined many of his fellow Quebecois during Quebec's deep depression in the 1910s/1920s and moved south to New England in search of a better job. The Trudeau family found a home and employment in Brookyln, Long Island.
New Haven Railroad 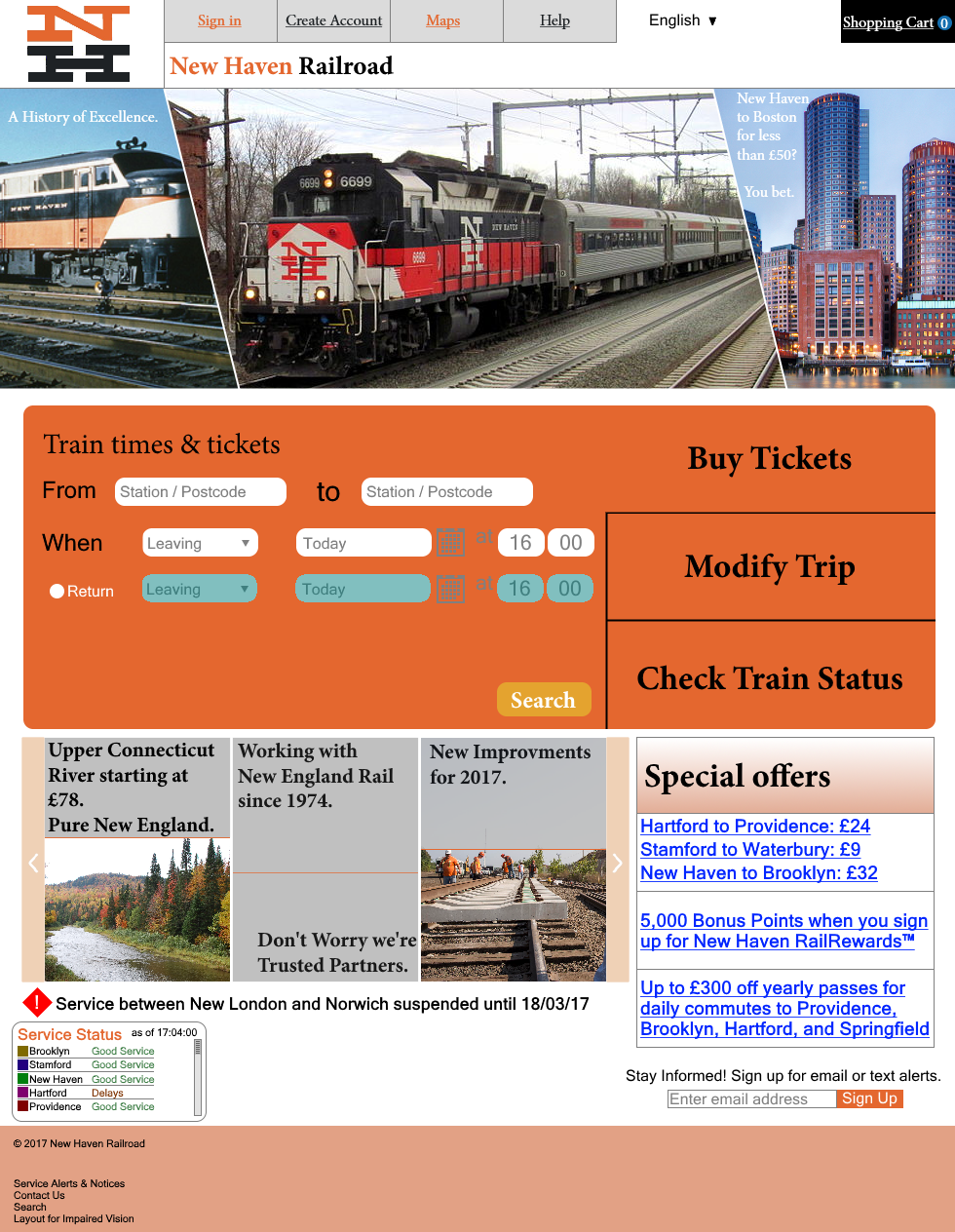 I interpreted it as being the only non-nationalized rail left. Historically New Haven did hold out longer than many others before Amtrak rolled them in.

Not quite. The New Haven Railroad was so powerful (and profitable) during the rail decline of the 1940s (mostly due to competition from automobiles and extensive tram systems built by the cities) that they were able to challenge the rail nationalisation programme of Prime Minister Chester Bowles successfully. They are, however, heavily regulated and contracted to run specific routes, and not prioritise their freight trains over New England Rail passenger trains on specific corridors.


Lyly said:
I interpreted it as being the only non-nationalized rail left. Historically New Haven did hold out longer than many others before Amtrak rolled them in.
Click to expand...

This is correct. New Haven was able to maintain its profitable position in southern New England while selling off its rolling stock and tracks elsewhere to New England Rail (they were all sold for £1).

I'm just wondering is Groton, Massachussetts as large as it was IOTL?
If you need a reference: 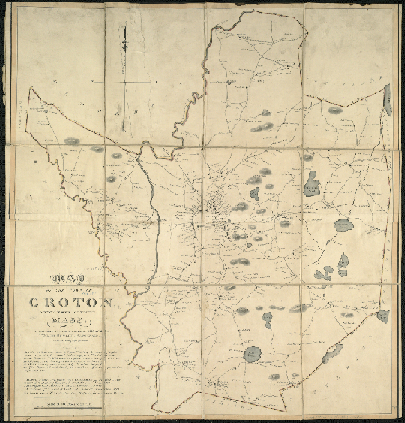 ST15RM said:
I'm just wondering is Groton, Massachussetts as large as it was IOTL?
If you need a reference:
View attachment 365189
(had to resize)
Click to expand... 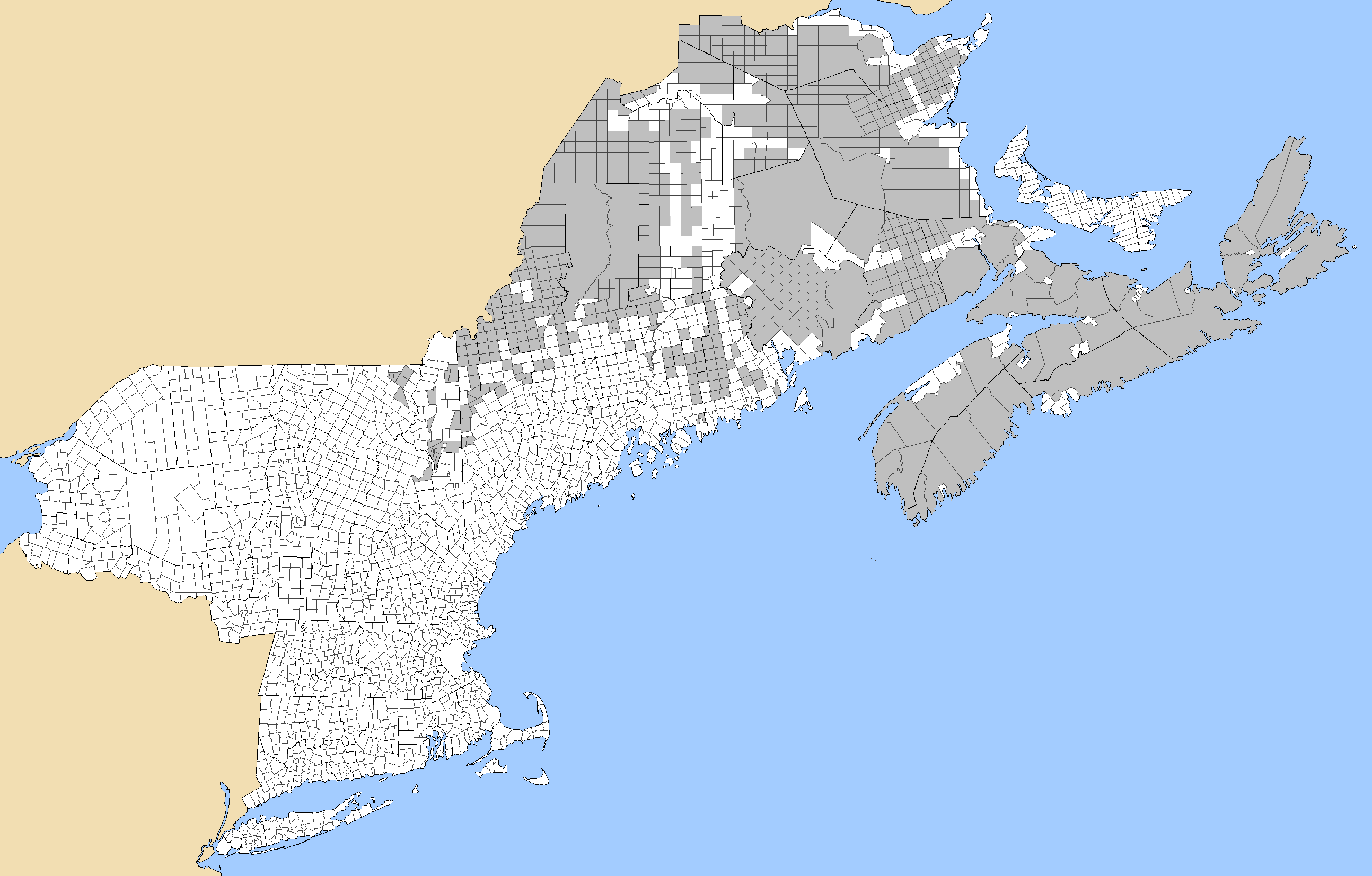 Conveniently, I was just finishing up a Town & City map of New England. Areas in white are incorporated municipal areas, while areas in grey are unincorporated regions, having limited self government and relying on the county for most basic services.
Last edited: Mar 19, 2018

@ADS94 are you going to make a wikipedia page about the highway signs? And can you post any signs that you have done?

ADS94 said:
First up, the largest ethnic groups in the Commonwealth of New England:

What precisely is the difference between Acadians and French New Englanders? 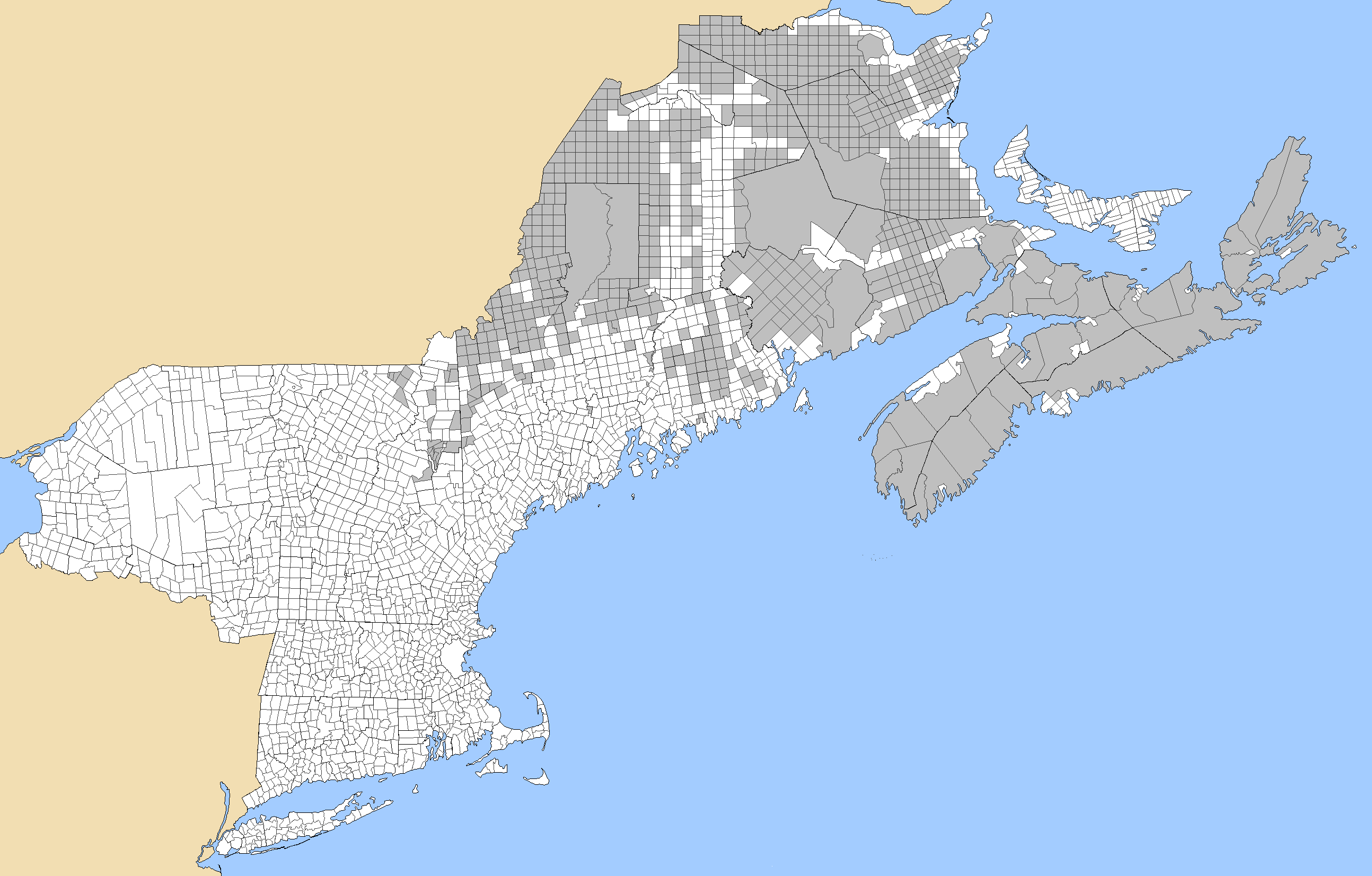 Conveniently, I was just finishing up a Town & City map of New England. Areas in white are incorporated municipal areas, while areas in grey are unincorporated regions, having limited self government and relying on the county for most basic services.
Click to expand...

Which neighboring towns were merged with Boston?

ST15RM said:
@ADS94 are you going to make a wikipedia page about the highway signs? And can you post any signs that you have done?
Click to expand...

I am probably going to do an article about the highway signs. They are actually fairly complex and I will loop in the provincial highway signs as well.

In terms of signs I've done, really they are all in the municipal and transportation map of Long Island that I did above. That's not covering any of the provincial signs. Soon, I'll have them done.


Bulldoggus said:
What precisely is the difference between Acadians and French New Englanders?


Which neighboring towns were merged with Boston?
Click to expand...

Acadians can trace their heritage all the way back to New France and the first settlers of the region. They are concentrated in rural northern New England, and hold on to their language (Acadian) which is slightly different than the current version of French, which is spoken by French New Englanders. 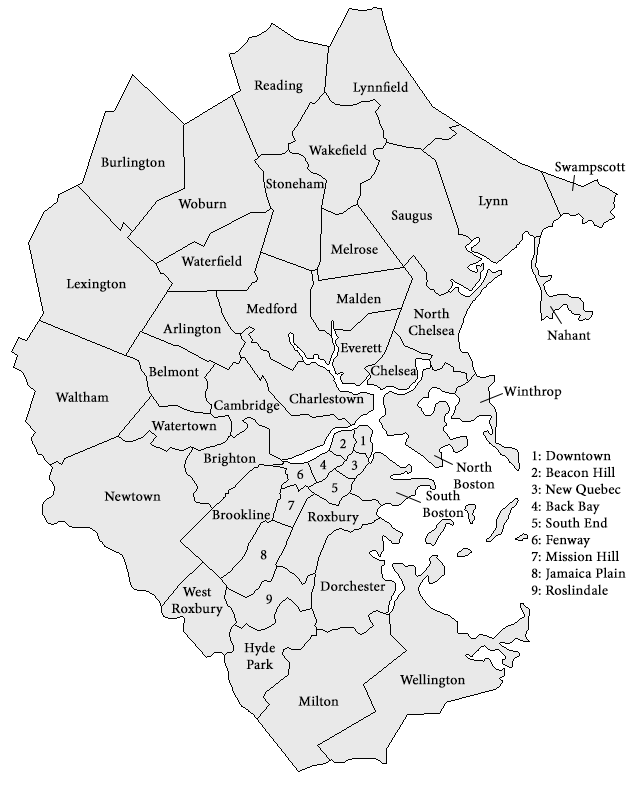 Here's a map of Boston with each neighbourhood. For the most part, many of the old towns retained their names as a neighbourhood, but this should show the intricacies of the city.

ADS94 said:
For the most part, French New Englanders have arrived in the post 1890 era and have assimilated to use the English language more than their Acadian counterparts. It's more a case of "old" vs "new" French immigration between the two, and French New Englanders are concentrated in the industrial southern New England
Click to expand...

Coolio. Is there still a big Portuguese presence in that belt from Fall River to Providence?

Very, very nice. One note though- it's Newton, not Newtown (that's in Connecticut).

Bulldoggus said:
Coolio. Is there still a big Portuguese presence in that belt from Fall River to Providence?
Click to expand...

While not nearly as much as in OTL, there are still some Portuguese immigrants in New England, mostly concentrated in both Connecticut and Rhode Island.


Bulldoggus said:
Very, very nice. One note though- it's Newton, not Newtown (that's in Connecticut).
Click to expand...

Thanks. I thought the actual town name had changed from Newtown to Newton after the American Revolution, but it turns out I was incorrect, it happened in 1766. I'll revise that for a future version.
Map of the United States of America 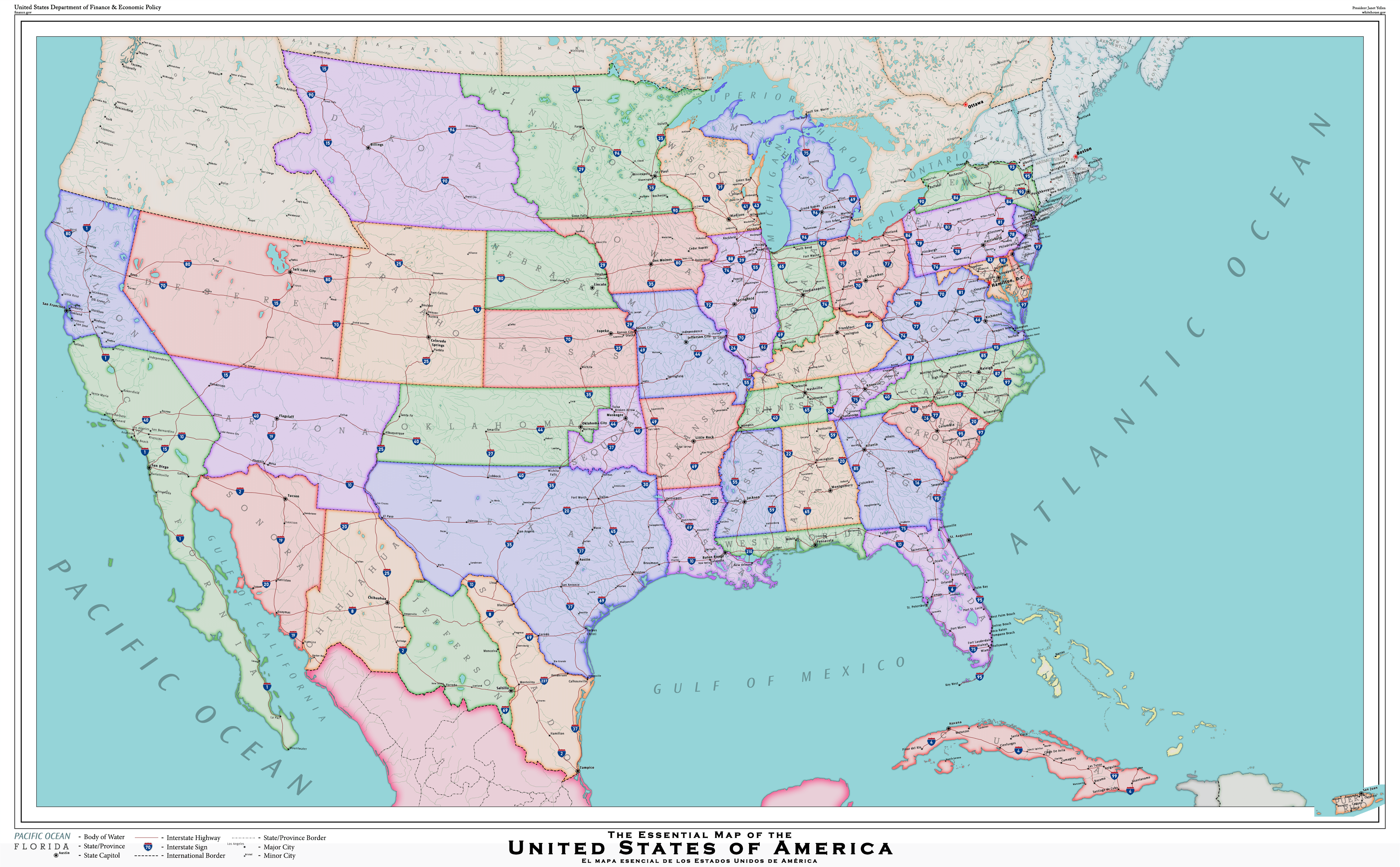 While I posted this in the Map Thread, it also should be posted here. This is a map of the United States of America, New England's western neighbour. The United States is a union of 43 states, and shares a colonial history with New England. Her current North American borders have remained unchanged since the end of the Spanish-American War in 1898, where the territories of Cuba and Puerto Rico were captured. Puerto Rico was the last territory to become a state, ascending to the union as the 43rd state on the 1st of August, 1955.
Last edited: Oct 23, 2018

Bless my heart and soul, we finally have a thread. Now I just have to figure out which deity to thank for a gift this valuable. I can't wait for more.
Threadmarks
You must log in or register to reply here.
Top
Top