The Progressives are surging in Maine, so Collins chooses to run as a Progressive rather than as a Republican. Especially as the State Republican party is anti "CaseyCare", and she is pro-"CaseyCare". 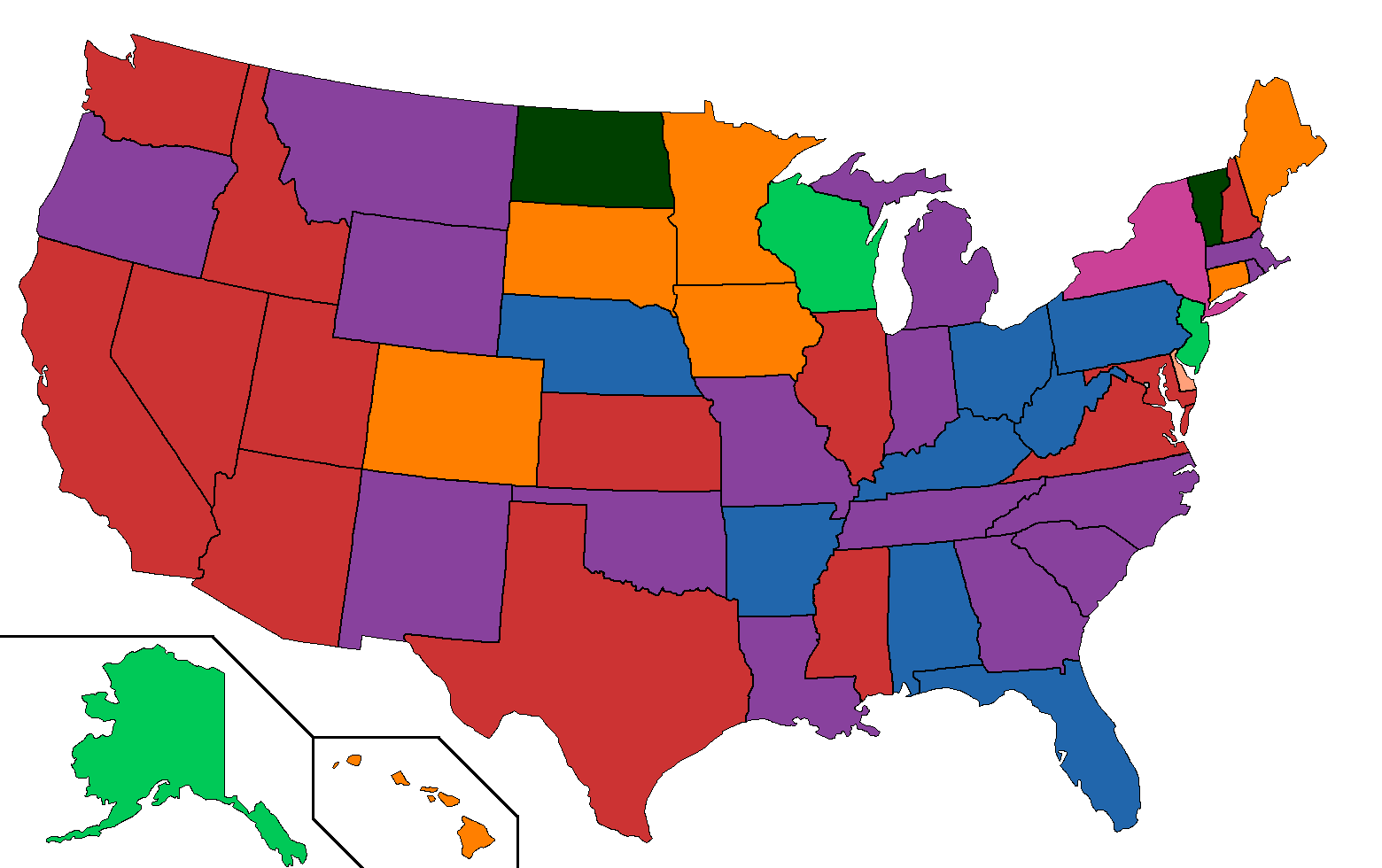 Great update! Love all the new picks
All that need be done is Supreme Court!

The Congressman said:
Great update! Love all the new picks
All that need be done is Supreme Court!
Click to expand...

Take me out to the Ball Game: The 90’s Sports Wars


Basketball had been a growing sport during the 1980’s, however, the league would suffer because of the war. In an act of patriotism, commissioner David Stern, agreed to let NBA players be drafted (other leagues arranged for draft exemptions in return for propaganda work). However, numerous potential superstars, including Michael Jordan, Hakeem Olajuwan, Isiah Thomas would die on the front lines.

Six stars who did survive the Third World War, would come to dominate the league, to its detriment. One other’s scandals would hurt the sport’s reputation, in an America seeking universiality. Patrick Ewing and Gary Payton for the Seattle Supersonics, Dennis Rodman and Clyde Drexler for the Portland Trailblazers, Chris Mullin and Len Bias of the Phoenix suns. The "Super Six" were simply too talented for the rest of the league to handle. To make it worse, they all were held in smaller TV Markets, thanks to fabulously wealthy owners.

At a grassroots level, basketball always had a natural space in the Pacific Northwest and Inland Southwest. In the PNW, Basketball’s indoor nature made it a natural fit as it allowed exercise in the rain. Meanwhile, in the SouthWest, Air Conditioned gyms allowed for exercise and entertainment to escape the heat. However, outside of these areas, youth were increasingly attracted to other sports.

Scandal would be what really hurt the league, however. In 1994, Len Bias and Chris Mullin were arrested by the FBI for cocaine use as part of a “celebrity roundup”. Mullin would be acquitted of being punished for using cocaine, unlike Bias, but was found to have laundered money. David Stern initially tried to cover up the arrest, and as a result was arrested for bribery. Worst of all, this occured right in the middle of negotiations with the player’s union. During the trial of David Stern, it was found that he had tried to rig the last couple lotteries in favor of New York and Los Angelese. This lead to the cancellation of the 1994 season (thanks to an extended player’ strike), the shrinking of the league to 12 teams, and a PR Nightmare. The fact that millionaires were striking, was ridiculed across America on Late Night TV. Meanwhile, many questioned the integrity of the league. The NFL and NCAAF in particular attacked the “skulduggery, drugs, and criminal nature” of the NBA. What was unusual was when the MLB and PTC set out in a joint venture to attack the sport. This would set the stage for future cooperation...


While new league manager, Jeffery Skilling, would right the ship, the NBA, and basketball, would be severely limited to the PNW, SouthWest,Kentucky and Indiana (where Tradition remained strong, even if the sport is weaker than in the past), Nationally, it would only be relevant for a couple weeks during the year: the NBA Finals and the NCAA Tournament. The Big Four of Football, Soccer, Baseball, and Tennis had captured the national spirit, and looked to hold unto it for the foreseeable future. 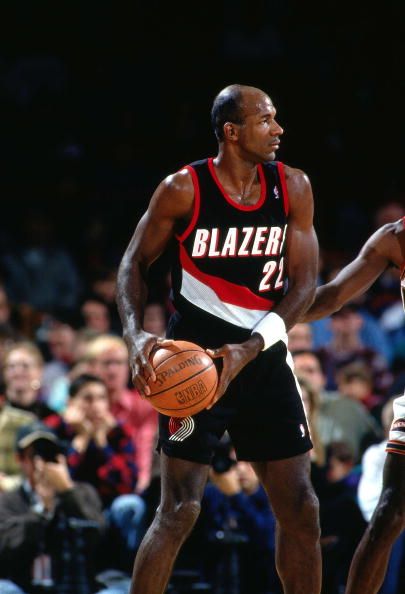 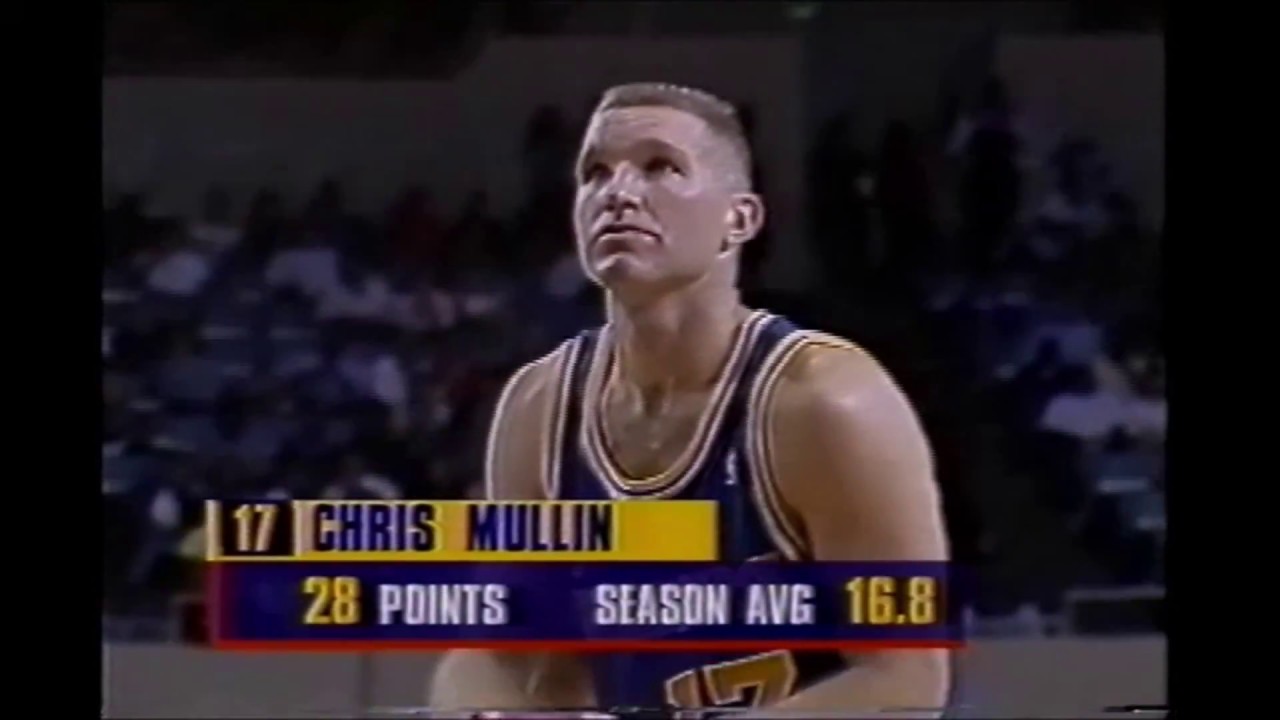 Chris Mullin with the Phoenix Suns

At the College Level, the NCAA, made a huge mistake. Believing that the GI Bill would lead to an increase in Division I School Participation, the NCAA expanded the field to 96. However, Division I did not grow past 169 teams (during WWIII it had shrunk to 111). Most GI’s preferred to attend larger universities, and many smaller colleges preferred to expand academic programs instead of athletic deparments. Meanwhile, College Basketball suffered from the same issue that the NBA did: dominance by smaller markets. Programs like Kansas, Indiana, BYU and Washington State simply didn’t attract big enough TV Markets. One NCAA executive was ridiculed when it was reported he threw a desk when Wyoming made the NCAA Final Four in 1992 on the back of the Four Corners Offense*. Combined with a now worthless regular season, the NCAA would enter a dark period in popularity that while it would have to claw out of.

*No Shot Clock in College yet ITL. More conservative America and bad NCAA leadership. Soon though.. 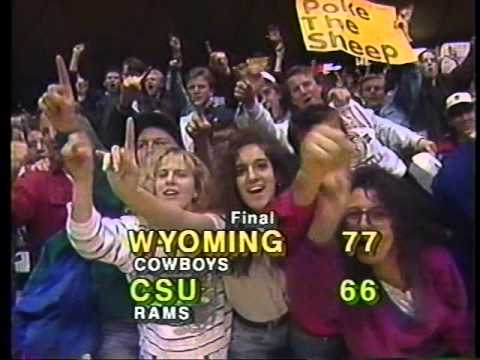 
In all, Basketball was arguably “the great what if” of the 90’s. While the exciting and popular sport could have easily taken the country by storm, especially if stars like Michael Jordan had survived WWIII. In addition, the desire for consensus eliminated little chance of this sport growing much on a "rebel image". As such, it would be squeezed out of the national picture for the time being.

I had written this a while ago, and forgot to post. Woops.

I’m a pretty big basketball fan, so this chapter really hurts to write, but it makes sense in the grand scheme of things. However, look for basketball to have a comeback in a changing culture later on...

Also, OTL Len Bias was a prospect with the potential to be a Hall of Fame Player who died because of a Cocaine Overdose. Chris Mullin never had drug problems as far as I know.

Banned
YOU KILLED SPACE JAM!!! Also where the hell is Kentucky in the NCAA tournament during this time?

Banned
Also Market size isn't really a thing with the NCAA. Sure I know the NCAA would love to have UK, Duke, Kansas and UCLA be the final four every year but the thing is Cinderellas drive viewership and make the tournament interesting. I bet once the actual ratings came back the NCAA Ex that threw the table was pretty happy.

Didn’t a bunch of people die from a disease in South America?

Admiral Halsey said:
Also Market size isn't really a thing with the NCAA. Sure I know the NCAA would love to have UK, Duke, Kansas and UCLA be the final four every year but the thing is Cinderellas drive viewership and make the tournament interesting. I bet once the actual ratings came back the NCAA Ex that threw the table was pretty happy.
Click to expand...

I should have made it clear in the update. Wyoming isn't a Cinderella, and that's precisely the problem. Dominant, predictable teams from universities in smaller cities are bad TV Ratings. Too good for Cindarella, to small for Goliath.

Also, one thing that hasn't happened ITL as much as OTL is the key relationship between ESPN and the Big East. While the Big East has formed (such a conference was inevitable), it has failed to be successful post-war due to the destruction of many major East Coast cities (thus destroying fanbases, campuses, and talent alike). Also, Tennis and Soccer took over Cable TV like College Hoops did at its infancy OTL.

In addition, with such a big tournament, NCAA Basketball Regular Season is more irrelevant than OTL. While it has reached that point today, back in the heyday of college hoops, conference games and championships mattered A LOT, and helped the sport grow. ITL, the NCAA gets greedy, thus creating An Event not a Sport.

However, given time, better leadership, better luck, cultural change, it is inevitable that the Big East, and NCAA, will have some part to play in the national sports discussion and culture, even if it won't be a Big Four Sport as per OTL.

Note, the reason I put in the sports updates in a political timeline is that "politics is downstream from culture".

We already butterflied Star Wars, so I thought I'd kill another childhood memory.

Gentleman Biaggi said:
Didn’t a bunch of people die from a disease in South America?
Click to expand...

Yah, maybe even removing my existance from ever happening ITTL altogether, but no space jam is clearly what defines this as a dystopia.

Laxault2020 said:
I should have made it clear in the update. Wyoming isn't a Cinderella, and that's precisely the problem. Dominant, predictable teams from universities in smaller cities are bad TV Ratings.
Click to expand...

Memphis and CUSA's success was built on the success of the Big East and ACC on cable. People at first were attracted to that level, and then "work their way down". If you take away, or lessen that, then problems emerge.

In all, Basketball isn't dead ala Hockey OTL. A good example for its popularity ITL would be tennis RN, maybe a smidge weaker. It has its moment in the US, but is generally rather low. Its also limited seriously geographically, especially at higher levels. For those who don't know, OTL the only places where one can be upper DI or Pro in Tennis without going to a full time Academy are So-Cal, Florida, or Texas. In the past, this was due to weather. Now its primarily because the USTA puts all their resources there, creating a repeating cycle. Really frustrates me as a tennis player and fan of the sport.

Thanks for the criticism though, makes me have to think more!

IDEA: Space Jam but for another sport...

Banned
If Wyoming is running the four corners does that mean the NCAA never adopted the shot clock?

Admiral Halsey said:
If Wyoming is running the four corners does that mean the NCAA never adopted the shot clock?
Click to expand...

Not saying they were. sorry whoops. I used that as an example of a boring offensive style.
Threadmarks
You must log in or register to reply here.
Top
Top