Could Napoleon attempt to subvert its most hated rival by inciting remote not just in Ireland, but Scotland as well? Also at this point are there any radical movements in England that may be fed guns as well?

You have to give "Henry IX" a very different life for him to have any motivation for taking the crown like his brother and father, cuz from what i remember he had no ambition to do it.

By 1800, the Jacobite movement was dead as a doornail.

The surviving Jacobite heir, Henry Cardinal Stuart, was a 75 year old priest, who was (oddly) a British patriot of sorts. It's said he cheered the news of Trafalgar, and when he died, he left the crown jewels that his grandfather James II had taken to George III - tacitly designating George as the "true prince". So even if he had not been too old, he was not going to lead a rebellion in Britain.
The next in line was Henry's second cousin twice removed, Charles Emmanuel IV of Savoy. His dominions in mainland Italy had all been seized by France. Charles Emmanuel IV lived in exile, waiting for the defeat of France and of Napoleon. He was about the last person to serve Napoleon by leading a rebellion in Britain.

What if Bonnie Prince Charlie had had a legitimate child with Louise of Stolberg-Gedern?

You still have Napoleon trying to install a monarchy at a time when Revolutionary zeal had not yet subsided. If you wait until Napoleon is Emperor then Trafalgar gets in the way.

Strategos' Risk said:
What if Bonnie Prince Charlie had had a legitimate child with Louise of Stolberg-Gedern?
Click to expand...

I think it would, after 45 take an extraordinary potential monarch to do the job. Charismatic, smart, and perhaps quite aware that their father is an idiot. Paradoxically, a girl might actually be better.

Too bad there’s no hypothetical Jacobite claimant with the liberal sympathies of an Orleanist and the revolutionary outlook of a Bonapartist that the French could use as their figurehead to subvert the British.

Were there any radical movements in the UK that they could back?

It’s going to be difficult, the last Jacobite Pretender, Henry, is cardinal. Napoleon would have to force him out of that position. Another problem, is that Henry was old, and was too old to have any children. So, Napoleon would have to find another Candidate for this revived Jacobite plan, and there are a few candidates, like the House of FitzJames-, which came from an illegitimate branch of Jame VI and I, and current holder at that time was Carlos Miguel Fitz-James Stuart, 14th Duke of Alba, but key word, illegitamate, and also Spanish and Catholic.

I can't say all the candidates, but here @UsefulCharts video on the Jacobite Sucesseion

Sounds like most of the pro-Napoleon Britons were Whigs: 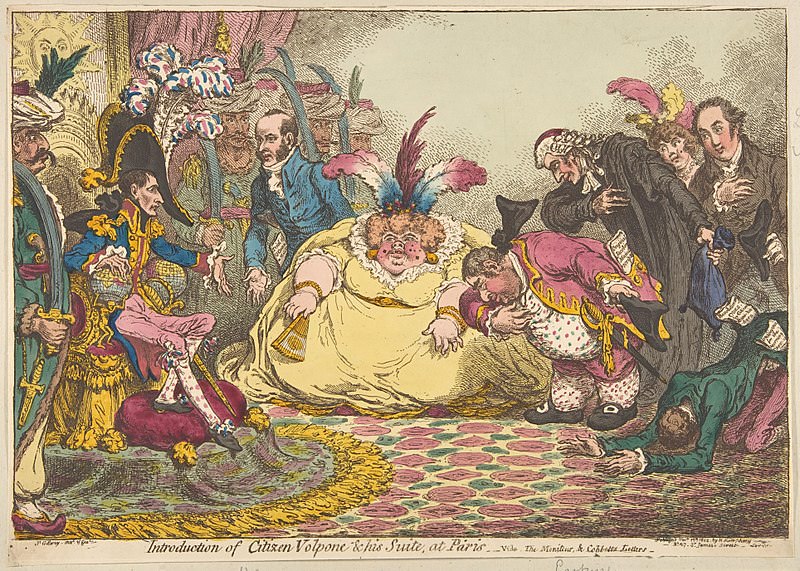 Despite portrayals of him as the number one enemy of England, Napoleon had some prominent British supporters during the Napoleonic Wars.

You would need a viable heir to do so. By 1800 there was only the Cardinal-Duke of York, who had no interest in the throne, was childless and opposed to Napoléon due to his treatment of the Pope, the Papal States and the Church. I can think of a couple of scenarios, but not sure how they would work in practice:

1. Charles III Stuart has a son with Louise of Stolberg-Gedern circa 1774. This gives a bit of new life to the Jacobite Movement. This hypothetical Charles IV/James IV/ whatever name would be thirty by the time of Napoléon's coronation, so he'd be in a position to lead a Jacobite invasion/uprising agewise and possibly prestige-wise if he fought in the Revolutionary wars. However, the Stuarts were allies to the Bourbons and sheltered by the Church, so they have no real inclination to side with Napoléon or help in any way.

2. Charlotte, Duchess of Albany marries legitimately and has legitimate children. Charlotte was Charles III's only living child, but was illegitimate. She also had issue, but they were also illegitimate and kept secret for decades. Now, in his last years, Charles III had a plan to marry her to Prince Frederick Adolf, Duke of Östergötland; their children would presumably inherit the position as Jacobite heirs after the Cardinal-Duke (which seemed to be what Charles III wanted when he legitimized Charlotte and hinted at giving her succession rights after uncle). Now nothing came of it, but if the marriage had happened we could see a Protestant Jacobite line, which might be useful for Napoléon. But again, Sweden was one of the nations most opposed to Napoléon, so might not work for him.

3. Make an alliance with the House of Savoy, the legitimate successors to the Stuarts. This could work well if Napoléon uses the Jacobites as a smokescreen to invade Ireland (play up Nationalism and Catholicism against the British, like the 1797 attempt?). While Carlo Emanuele IV and Vittorio Emanuele I might not work well, the latter's eldest daughter Maria Beatrice (OTL Duchess of Modena) was young enough to be married to a Bonaparte or Bonapartist ally and propped up on a theoretical Irish throne. But, like the others, the House of Savoy was no friend of Napoléon (having lost their continental Holdings to the Corsican usurper) and would be unlikely to participate in a plan that would see the Royal Navy turn against them and cease protecting their Island Kingdom of Sardinia.

Ultimately, while a Jacobite candidate could be useful against the British government if played correctly, in either Ireland or an invasion of Britain backed/aided by the Whigs (oh irony there!), all the likely or potential candidates would be avowed enemies of Napoléon and unlikely to go along with any of his gambles.

Emperor Constantine said:
3. Make an alliance with the House of Savoy, the legitimate successors to the Stuarts. This could work well if Napoléon uses the Jacobites as a smokescreen to invade Ireland (play up Nationalism and Catholicism against the British, like the 1797 attempt?).
Click to expand...

I was hoping to pair a Napoleonic backed invasion with an Irish uprising, yes. One that was better supported than the one in our history.
You must log in or register to reply here.
Top
Top