The Challenge
Making the Best of It: Make a map of a place or project which has been abandoned by the group which started it.

The Rules
The project could either be in continued use for a different purpose (e.g. ancient buildings being reused as city walls) or abandoned entirely. It could either be unfinished or finished when abandoned.

Entries will end for this round when the voting thread is posted on Monday, September 12.
Yes, you read that right - four weeks. However, the next challenge will be posted on Monday, August 29 , so there will still be a new challenge every fortnight.

Discussion must take place in the main thread. If you post anything other than a map entry (or a description accompanying a map entry) in this thread, you will be asked to delete the post and be abandoned by your builders.

Please continue to submit your suggestions for future contests here, submit to 261 (open until August 29), vote on the winner for 260, and vote for the next theme here.​
Last edited: Aug 26, 2022 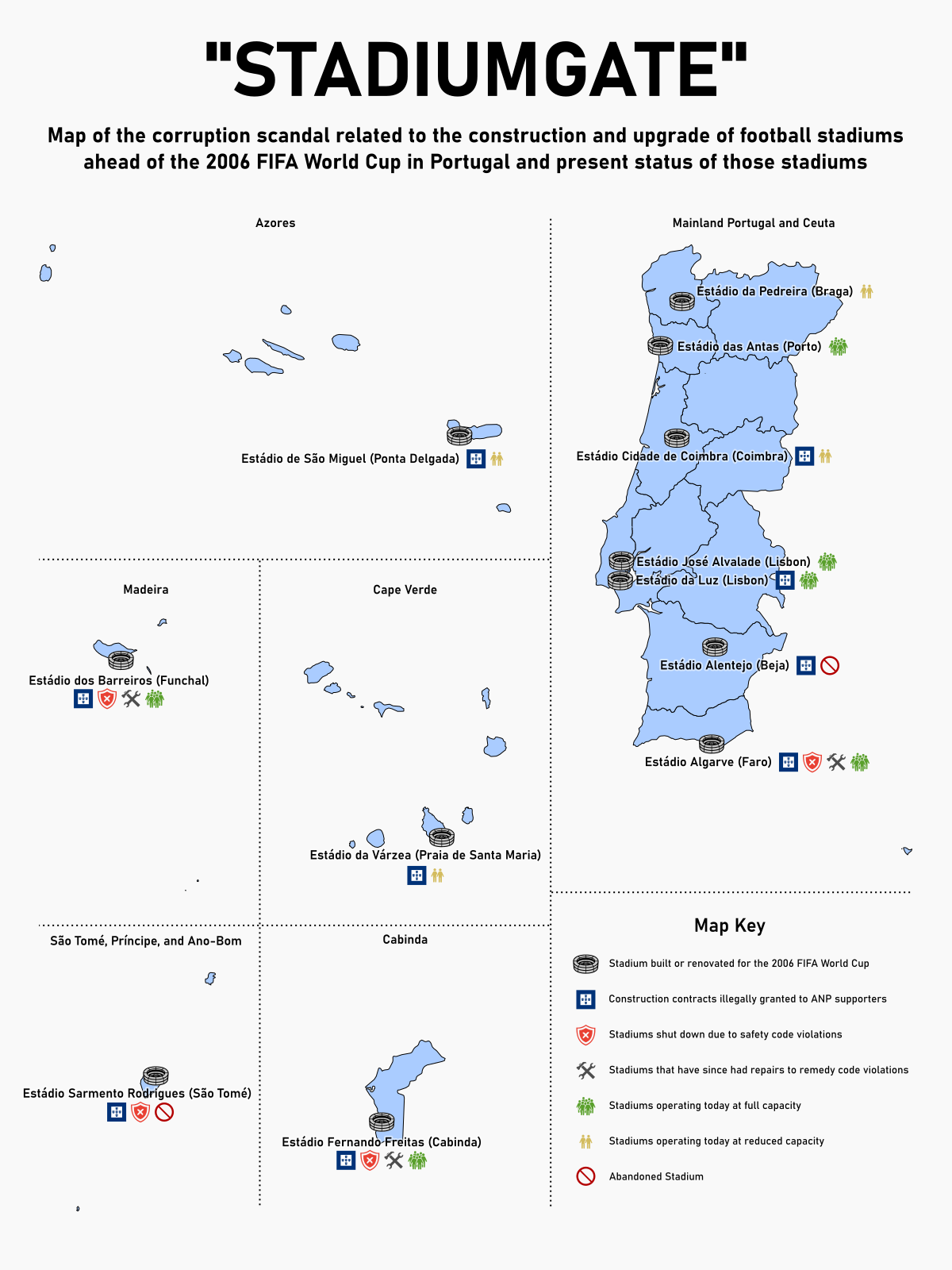 Backstory is that Germany opts for more of a "Mediterranean Strategy" in WWII, coercing Spain into joining the war on the side of the Axis, which in turn ensnares Portugal on the side of the Allies - but the war still ends in a decisive Axis defeat.

Portugal is devastated by the war, though receives increased Marshall Plan aid and some territorial gains. The Olivença dispute is resolved in Portugal's favor. Portugal regains Ceuta, as the victorious allies want the strategically located city to be in the possession of a "trusted" nation (disliking the defeated Spanish and unsure where Morocco's loyalties will firmly lie). Furthermore the island of Annobon in Spanish Equatorial Guinea, whose inhabitants speak a Portuguese creole, is added to Portuguese São Tomé and Príncipe.

The Estado Novo regime in Portugal is in a weaker position than real life - especially with a democratic Spain as a neighbor. Portugal is forced to give up most of its colonies in the 1960s, but manages to hold integrate its insular colonial possessions in the Atlantic (as well as the oil rich Angolan province of Cabinda) with grants of autonomy and generous financial transfers. The regime staves off a revolution by undertaking earlier reforms and eventually transitions to a sort of illiberal democracy where the "People's National Action Party" (Acção Nacional Popular) a rebrand of the National Union, is the dominant party - but not unassailably so.

Cabinda's oil wealth helps develop Portugal, but the ANP begins to misuse the funds as time goes on, leading to a corruption scandal surrounding the building of stadiums for Portugal's 2006 FIFA World Cup bid known as "Stadium gate"

While many foreign commentators had their suspicions that FIFA only accepted Portugal's bid to host the 2006 FIFA World Cup due to kickbacks from influential oil tycoons and most Portuguese on some level knew that some of the newly built stadiums were built in certain locations for political reasons (the ANP had recently been making a rhetorical point of "standing up for peripheral Portugal")- few expected the rampant corruption that underpinned Portugal's preparations to host the 2006 FIFA world cup. Just weeks ahead of the games (which ultimately saw Portugal be defeated by Germany in the final round), Lisbon newspaper Diário de Notícias published a story indicating how renovation contact for the Estádio da Luz had improperly been assigned to Carlos Frederico Jardim, a businessman with deep ties to the the ANP government. Eventually, popular pressure compelled the government to appoint a special investigator to investigate corruption in construction contracts. The special investigator's report would upend Portuguese political scene.

While exonerating the Prime Minister of any direct involvement, the special investigator's report found that mid-level and local ANP officials had illicitly steered construction contracts to ANP-aligned businessmen in nine of the twelve stadiums built or renovated for the 2006 FIFA World Cup. Furthermore, in four instances, the special investigator's team found that ANP politicians had bribed or otherwise coerced local inspectors to turn a blind eye to health and safety standards for the stadiums - allowing the recipients of ill-gotten contracts to cut corners when building the stadiums to save money and pocket the difference. In total, almost one hundred officials and accomplices would be jailed or fined in response to the "Stadiumgate" scandal. The improperly constructed stadiums were shut down until repairs could be provided - though not every Portuguese locality made an effort to repair or maintain their stadiums. Many credit the ANP's narrow defeat in the 2008 general election (to an ad hoc opposition coalition of liberals and socialists) to the Stadiumgate scandal.

Today, the Estadio Alentejo and Estadio Sarmento Rodrigues sit abandoned, while many other stadiums built or expanded for the 2006 cup are only sparingly used at anything approaching full capacity. While the ANP would return to power after the early 2010s global financial crisis hit Portugal, the "Stadiumgate" scandal has left a lasting scar on the party's reputation, from which it still hasn't recovered.
You must log in or register to reply here.
Top
Share:
Share
Top