The Challenge
Make a map depicting international response to a genocide, war crime, or other mass violation of human rights.

The Rules
Please avoid doing anything in egregiously bad taste.

Entries will end for this round when the voting thread is posted on Monday, June 20.

Discussion must take place in the main thread. If you post anything other than a map entry (or a description accompanying a map entry) in this thread, you will be asked to delete the post and sent to the Hague for trial.

Please continue to submit your suggestions for future contests here, vote on the winner for 255 here, and vote for the theme for 258 here.​

"Beginning today, we act to protect thousands of innocent people from a mounting military offensive which seeks no less than to murder them in their homes for who they are. We act to prevent a wider war, to put an end to this brutal conflict before an aggressive, nuclear-armed state can impose its will on more of its neighbors. And we act united with our allies and the people of the whole world to demonstrate our abhorrence and our unwillingness to tolerate the pernicious system of apartheid, which has led to injustice not seen since the time of slavery and intentional and barbaric cruelty not seen since the time of Hitler. It ends today." 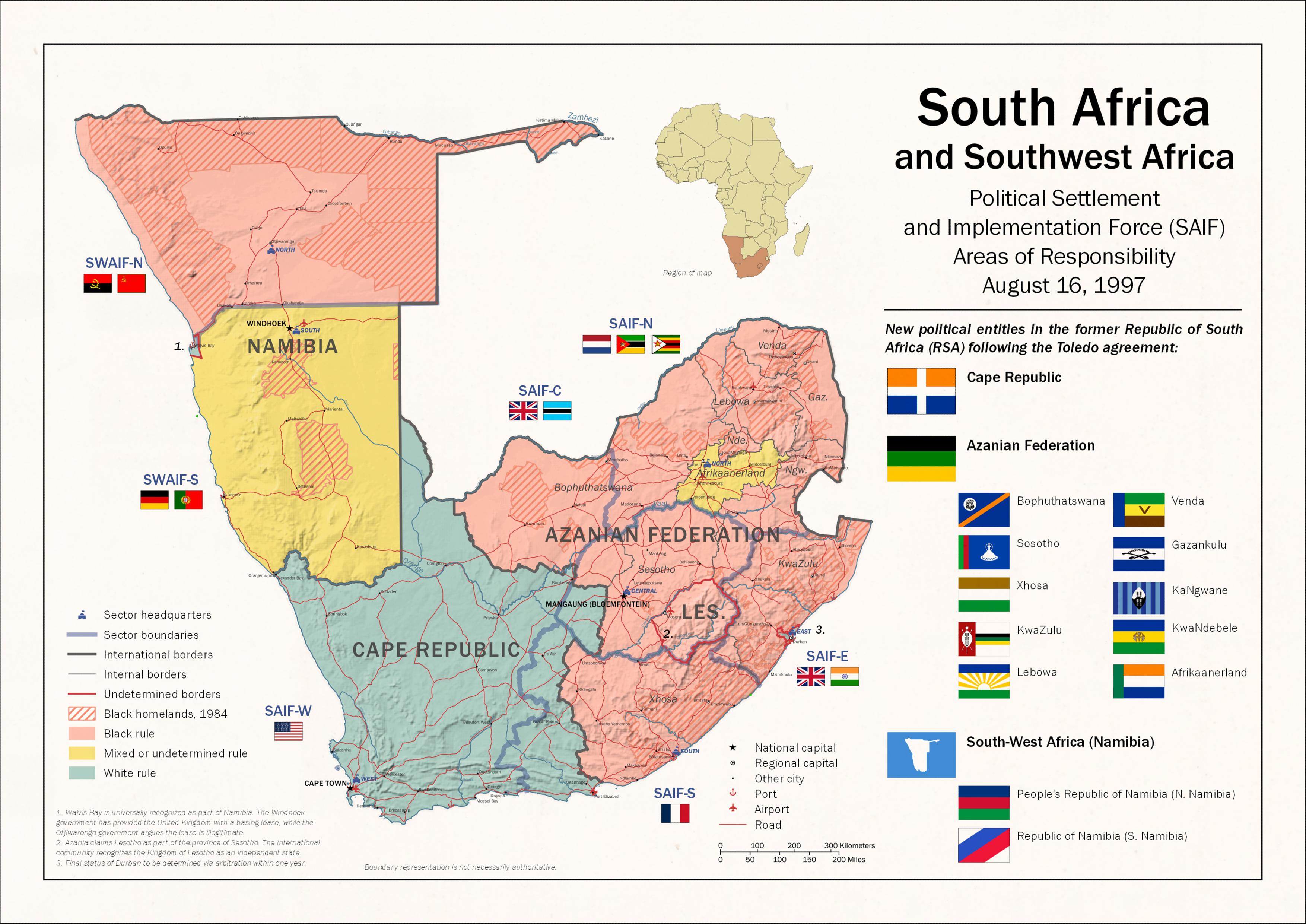 This map, recently declassified from the U.S. State Department's archive, shows the initial assignment of civilian territorial control and military responsibility by members of the South Africa Implementation Force (SAIF) following the 1996-7 NATO-led invasion of South Africa, ending its long and brutal civil war. The invasion was primarily justified by reports of mass killings on both sides and the fear that South Africa's nuclear weapons could be used against civilians or be lost; internal documents show U.S. policymakers were also concerned that were the South African regime overthrown internally, the resulting revolutionary government would align towards the Soviet Union.

This initial settlement, negotiated in Toledo, Ohio, partitioned the former Republic into four states - a loose Azanian Federation on the Swiss model with ethnic cantons, a Cape Republic led by moderate white and mixed leaders, a restored Kingdom of Lesotho, and final independence for Southwest Africa or Namibia. The country would be occupied in full for several years by a multinational Implementation Force which would prevent violence and arrange trials for those responsible for crimes against humanity.

This settlement began to fall apart almost as soon as it began. Of first concern was Namibia, which was divided into a SWAPO-led government in the north and a mixed government set up by the SAIF in the south. Irrevocably divided by ideology and stance over a Western military base in Walvis bay, the state remained de facto divided until civil war reignited in the early 2000s.

Also controversial was the status of Lesotho, annexed by the apartheid regime in 1992. Most of the international community supported the restoration of an independent Lesotho state, but contrary to its name, SAIF was not authorized to use force to obtain it. This issue remained at the heart of tensions between Azania and the Western World until 2013, when the annexation was ratified by the United Nations as part of a deal to end the simmering civil war in that country.

Durban became a special case because of its high concentration of East Asian and white population compared to the regions around it. At Toledo, the issue was shelved for a later date to save the rest of the agreement; Azanian leaders offered it special autonomous status but insisted it remain as part of the new Zulu canton, while the Cape demanded it as an exclave. In the end, Azania won out during arbitration, leading to an international crisis which would likely have reescalated to war were it not for the continued presence of SAIF.

In the end, although this settlement achieved an end to ethnic cleansing and apartheid, it failed to bring peace in the short run because of a lack of trust. Partition led to an even larger displacement of people than the violence during the war had, as people of all ethnic groups feared they would be targeted after international forces had left. Within years, the mixed 'Afrikaanerland' canton within Azania began to seem irrelevant as the majority of Afrikaaners formerly living there left for the Cape, while tens of thousands of black people still living in the Cape fled to Azania. In fact, some of this fear ended up being justified, as both states erupted into conflict soon after the departure of international forces; the Cape was roiled by an Afrikaaner insurgency which demanded an end to trials of apartheid leaders and resumption of the war to reconquer the east, while Azania descended into a long conflict - sometimes peaceful, sometimes violent - between moderate and radical factions of the ANC over the centralization and policy of the state.

The successes and failures of Operation Liberating Force an SAIF would be drawn upon for future international interventions in Yugoslavia (1999), Arabia (2001), and Pakistan (2006). Though headily criticized in the years following, few can criticize the final results. Today, Azania, the Cape, and Namibia are all peaceful and somewhat democratic states, as a new generation of leaders begin to finally turn the page on the past.

THE KENNEDY BROTHERS AND THE CONCORD MASSACRE 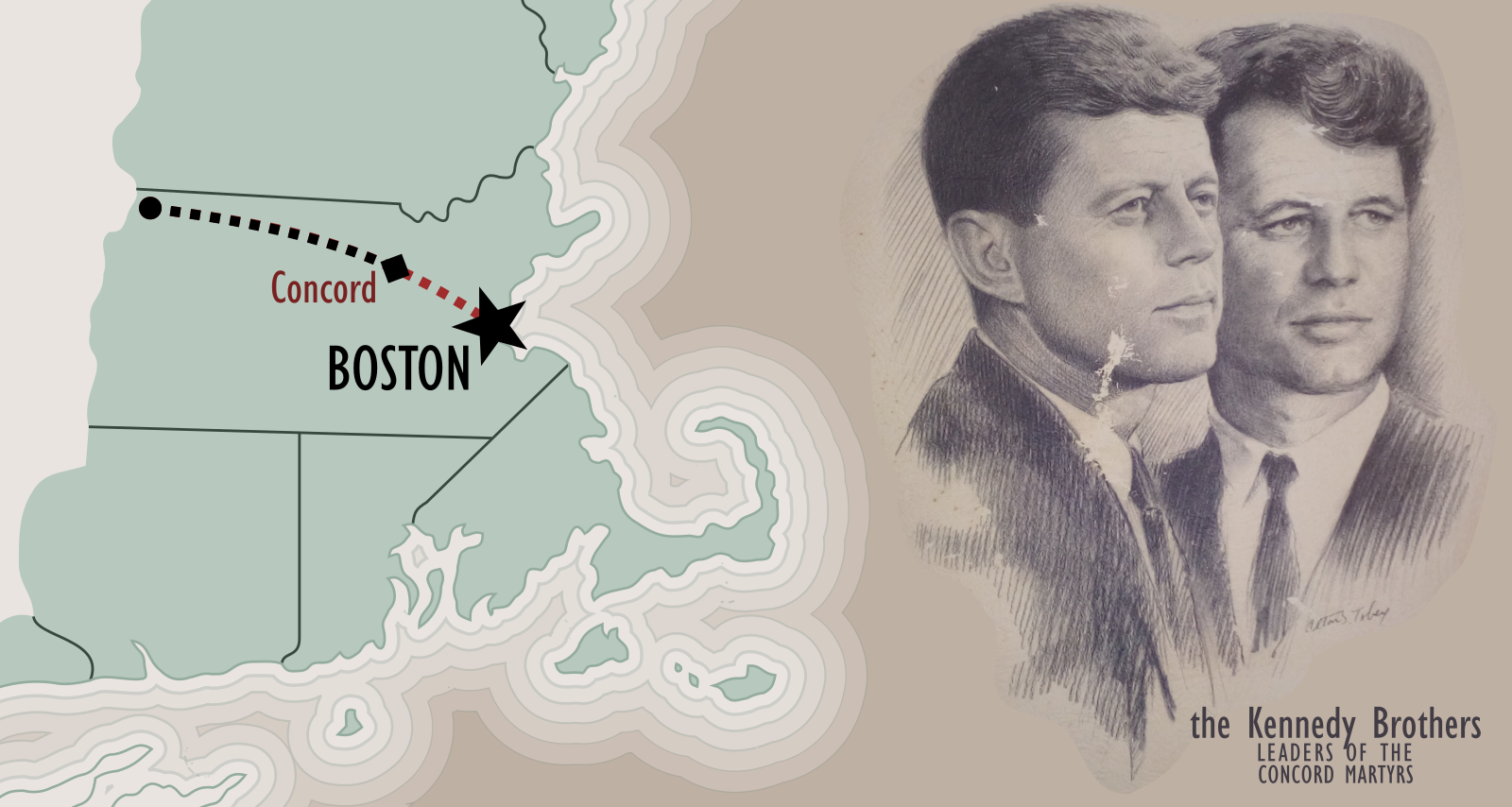 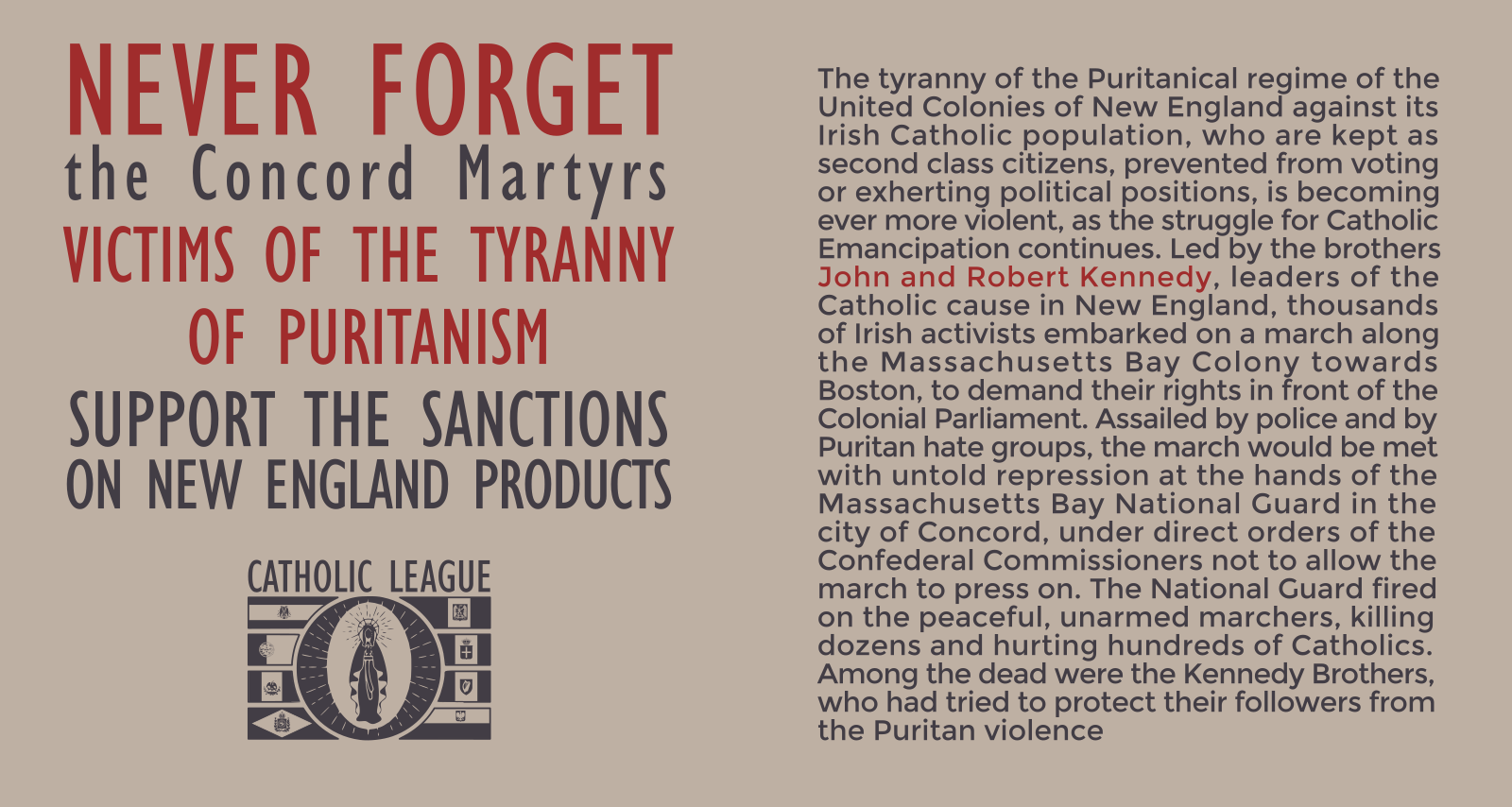 ​
So this is a mix of an idea I had with a New England that remains tyrannically Puritan, another where the US end up being more bigoted against Catholics than blacks, leading to JFK to play a MLK-like role in Catholic Emancipation and a suggestion by a friend to do a Handmaid's Tale-like setting. These end up mixing quite well together, so I decided to give them a try.

The map is rather simply, I'm afraid, but I enjoyed playing with those coastline features and for some reason I find them cool, so I thought about including them on a map. I generally like this New England setting, so do be prepared for me to return to it eventually.

Beyond that... I don't know, I just thought about putting up something so the contest wouldn't get annulled or something. Everyone deserves fair competition, even if this isn't my best work.