MotF 163: Making Another Mark on the Map

Donor
MotF 163: Making Another Mark on the Map

The Challenge
Make a map showing an artificially created landmass or body of water.

The Restrictions
There are no restrictions on when the PoD of your map should be. Fantasy, sci-fi, and future maps are allowed.

If you're not sure whether your idea meets the criteria of this challenge, please feel free to PM me or comment in the main thread. Sometimes it isn't as clear as I intend it to be.

ALL DISCUSSION ON ENTRIES MUST TAKE PLACE IN THE MAIN THREAD. PLEASE.

Any discussion must take place in the main thread. If you post anything other than a map entry (or a description accompanying a map entry) in this thread then you will be asked to delete the post.

Remember to vote on the previous MotF round!​ 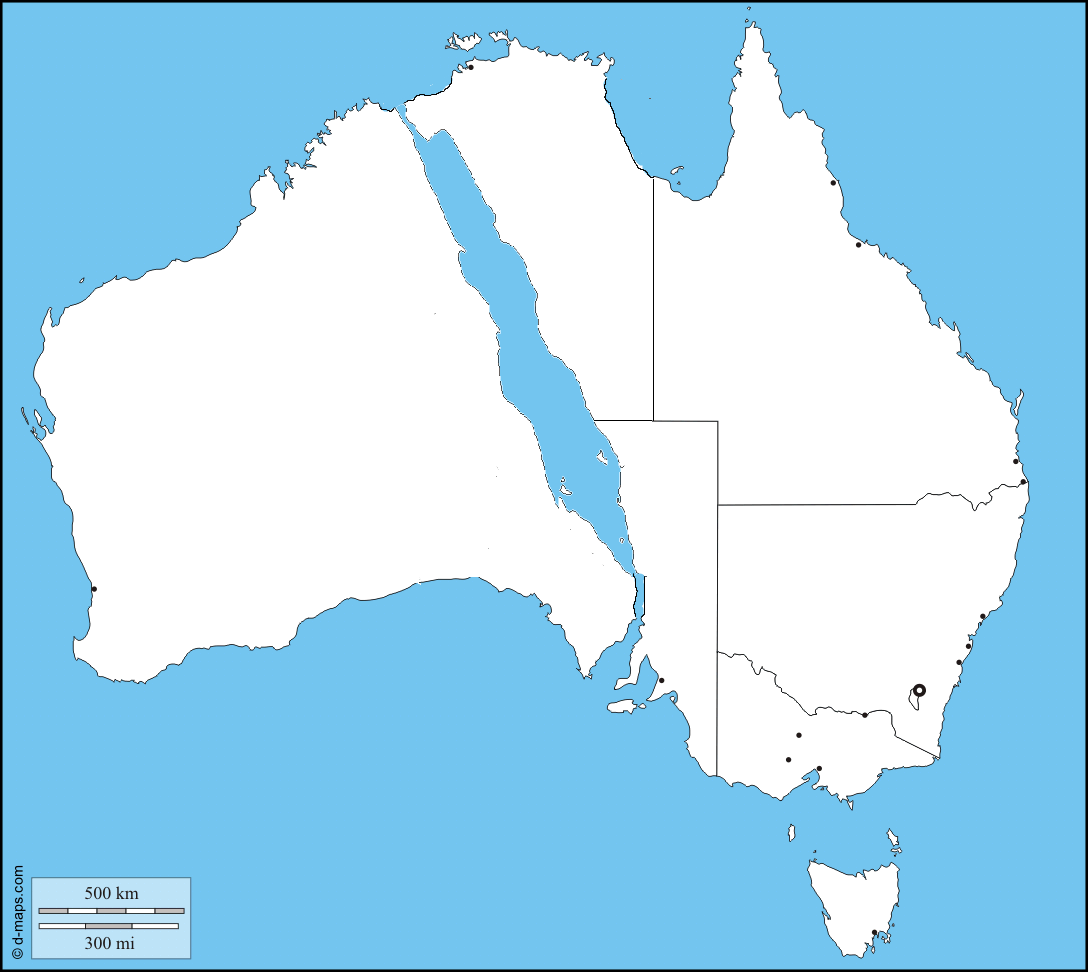 The Red Channel
The 2132 contest on the design of the planned inland sea in Australia was won by a plan for it to be in the shape of the Red Sea. Because of this, it was named the 'The Red Channel'. It created more natural farmland in Australia's interior and lowered global sea levels which caused islands that had long since sunk between the waves. Some terraforming also took place on Australia's north coast in order to create several calm regions in the coastal waters. When the sea was completed in 2199, it created a natural fertile zone in land that was once desert.

Map isn't very refined because i don't have time to finish it and post closer to end date of contest.
So, on map we see megaproject of flooding two large depresions in area similar to Ukraine steppes. First map is "before" state with first notes about project, second show final state of project. Map by Reagent; Description by @Flashman

The sweeping victory of the Central Powers over the Triple Entente in the so-called "Great War" propelled the German Empires to new heights. In addition to their newfound territorial and diplomatic gains in Europe, the Germans would also inherit a massive colonial empire from their defeated foes. Most prominently, the "Peace of Geneva" that brought an end to the war gave the Germans one of their long-term strategic aims - dominance over "Mittelafrika", connecting their colonies in Cameroon and East Africa by way of the former Belgian Congo and French Equatorial Africa

Immediately, the Germans set about establishing their rule in the Congo, raising flags and deploying troops. While at first the Germans were happy to emulate the horrific business model perfected by Leopold II, as the price of rubber decreased in the 20s, Germany sought undertook longer-term investments in the region. A variety of projects and reforms were examined and implemented to make the region more humane, more profitable, and more German (culturally and racially). These projects ranged from transplanting entire German villages to darker programs of genocide against the indigenous populations. Ethnic Germans living in the Russian Empire, scapegoated for the defeat of the Russian Armies at the hands of the Kaiser’s Heer, formed a large contingent of the settlers sent to Mittelafrika during the 1920s.

One project, however, would capture the imagination of the German Colonial Administration. A young bright-eyed engineer named Hermann Sorgel approached the government, with a bold initiative: dam the Congo, and create a massive central African sea in the Congo basin. Sorgel claimed this would create a more moderate climate, provide excess water to irrigate the less temperate regions of Mittelafrika, stabilize the water level of Lake Chad, and most of all, to generate a tremendous amount of electricity, a necessity for both the burgeoning industry of the Lower Congo, and for the extensive air conditioning that the German plan to move German settlers into the heart of Mittelafrika required.

Building of several smaller-scale and "test" dams occurred over the course of the next decade, slowly flooding the lowest regions of the basin in anticipation of the eventual sea, named the Wilhelmmeer for Kaiser Wilhelm II, the Kaiser whose tenure oversaw its construction.

The primary construction, however, was the Kaiser Wilhelm II Dam. The Kaiser Wilhelm II Dam was to be the largest dam ever built, consisting of some 22 million cubic meters of concrete when finished, dwarfing the Smith Dam being built in Nevada at the same time. Construction was slow going, with the German administration only willing to devote so much time and money to it. It did, however, have one major advantage behind it: the German administration went from village to village, forcibly removing tribespeople, taking them to the dam, and commanding them to get to work. The more people it displaced, the more laborers it had. Soon, a massive tent city, termed "Sorgelstadt", had sprung up in the shadow of the dam.

While the filling of the basin was slow to begin with, things would speed up significantly after the “Red Decade” of the 1940s. After a resurgent Russian Empire was discovered to have been directly aiding Ukrainian Partisans in Galicia and Lodomeria, Europe, while still in a state of economic depression, again descended into war. However, the “Second Great War” would not resemble the lightning fast conflict of the first. Against a more prepared Russian and French foe, the German Heer was soon bogged down and trench warfare took hold. As the war entered its second winter, progress remained elusive for either side, as body counts continued to rise. Despite this, the governments of Europe refused to initiate peace talks, and pressed the war effort onward.

On Christmas Eve of 1942, conscripted troops on both sides, sick of fighting in an aimless war unilaterally initiated truces with their opponents and refused orders from their respective governments to continue fighting. As European governments attempted to compel the disobedient units to fight again, they quickly lost control of the situation. Against orders to fire on their “mutinous” compatriots, large-scale mutinies broke out among the remainder of the armies.

Marxist elements were able to take advantage of this chaos to seize power across Europe. As the far-left took control, the Imperial and Capitalistic governments of Europe fled to their colonies, alongside millions of citizens who could escape the Reds. These governments-in-exile would found the "League of European Anti-Marxist States", an alliance of the "Free World" to eventually re-take Europe from the revolutionaries. Premiere among these was, without a doubt, the German empire in Mittelafrika

The need for rapid industrialization prompted by the exodus sent the building of the dam into overdrive and, in 1951, Kaiser Wilhelm III unveiled the Kaiser Wilhelm II Dam, truly a marvel of the modern world. Two miles long, 255 meters tall, and generating 24,000 megawatts of electricity, made of so much concrete that it's estimated that it will take 400 years for the concrete to totally cure. A highway stretches across it, accommodating those who need to cross the river, and the thousands of dam workers who live in the adjacent Sorgelstadt.

The dam certainly has been a boon to Mittelafrika, generating a tremendous amount of power both for industry and air conditioning, irrigating arid land, and creating a venue for speedy boat travel across the nation. Of course, it has not been all good. On the one hand, as the sea has gotten larger and larger, it's started to experience its own currents and weather patterns. Sitting as it did right in the middle of the tropics, it started to become the birthplace of miniature hurricanes that would wrack and devastate the coastlines of the Wilhelmmeer. There was also the rapid soil erosion and the failure of Colonial administration to completely clear cut the forests, resulting in large coastal mires of rotting trees and mud, fertile breeding ground for mosquitoes, most infamously in the so-call "Malaria Coast" near to Bangui.

By 2017, the Wilhelmmeer is approaching its final height. Mittelafrika continues to claim its territories in Continental Europe, but few take those claims seriously. The Marxist states of Europe, despite several tumultuous periods (including the First and Second Fraternal Wars fought between rival ideological strains of Marxism that drove further refugees to Mittelafrika), have managed to cling on, and relations are slowly being normalized between the powers.

Efforts continue to Germanize the people of Mittelafrika, both by encouraging the growth of the White population, and the spread of Germanic culture among the Africans. Ostensibly, suffrage is race blind, a plutocratic system. In the lower house, each income quintile is allotted a set number of seats proportionate to the amount of tax revenue they pay to the central government in Wilhelmstadt. In practice, this means that the Whites control a supermajority of seats. Given the barriers put in place to hinder African economic advancement, this situation will likely continue for the near future. A significant mixed race population exists and is beginning to seek political representation, while the traditional cultures of the tribes being eroded by German televisions, Blue Jeans, and Fanta Orange.

Meanwhile, the Reichsautobahn ties the country together. Begun in the 20s to link Boma to Dar-es-Salaam, today it links every corner of the country, representing the victory of Germany over the Heart of Darkness (though the fact that they drowned half of it probably helped). Germans have fallen in love with the Autobahn, driving from the deserts of Tschad to the jungles of Kongo to the snow-capped peaks of Kiwu, listening to their rock-and-roll music, drinking their Fanta.

Meanwhile, the Kaiser sits in the relatively central and temperate climes of Wilhelmstadt, from whence he governs what remains of the Kaiserreich. The times may be a changing, with an increasing movement to make suffrage universally equal, the increasing power of the Reichstag, and rumors of Red militias among the jungle tribes. And yet, the Heer serves at his pleasure, and the world hangs on his every word. The Emperor of a land built on blood and iron, and he knows one thing to be true in his heart:

Due to server / imagehost issues, the full size map can be found here: