Banned
I was wondering if the confederates had won the civil war and went to war with Mexico (the reason doesn't really matter) what would happen if they had won and ended up with The New Mexico Territory, Texas, Oklahoma, Louisiana, and Arkansas would America try to get the territory back after the confederacy fell by going to war with Mexico or is this whole idea asb?

The photo below is what i think Mexico would have after the confederacy falls that is if they went to war. 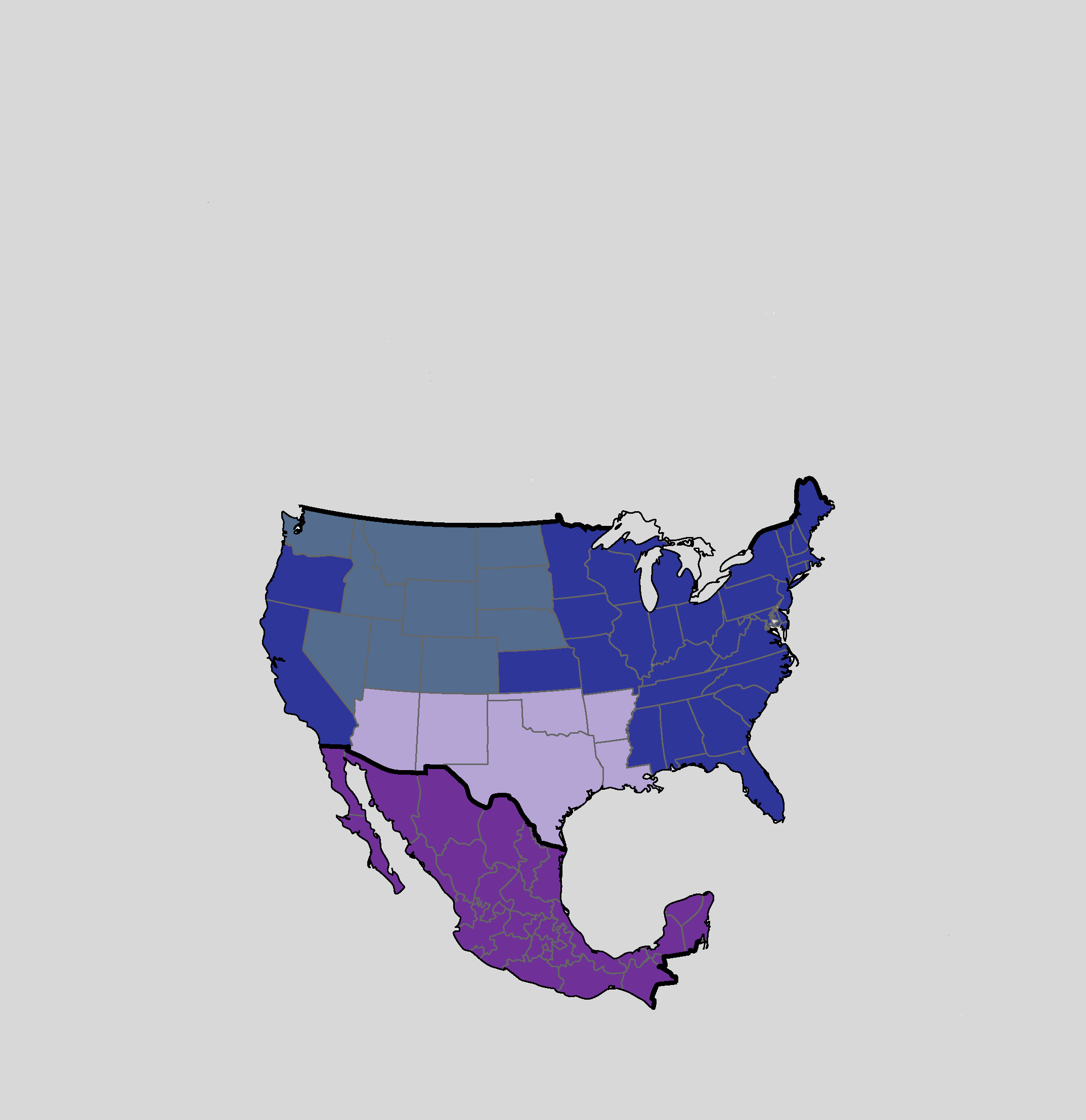 Banned
Not really much the United States can do in regards to the territory Mexico took failure to smash the CS and hold on to existing territory would discredit any US attempt to retake something they couldn't hold on to.

Donor
Mexico is little pre-occupied with what foreign rule and then internal strife and such...

Mexico isnt gonna get anything back (at this point its too American for it to be justifiable and Mexico is going to be too weak after having thrown out Maxxyboy to annex anything).

Its pretty much ASB. Not the CSA going to war with Mexico after the Civil War necessarily. Or them losing, especially if the U.S. gets involved. No, the ASBishness here goes to Mexico's gains. Look, in the early 1880s Mexico had a population of some 10 million people. Texas alone had a population of 1.6 million. That means that in Texas alone the Mexican government has to hold down 1/10th of the entire country's total population that doesn't want to be there.

Now the U.S. stepping in and retaking Oklahoma, New Mexico, and Arizona isn't too unlikely. The Mexicans might annex up to the Pecos or the Nueces in Texas, but they aren't going to try to take the whole thing. And honestly even that is doubtful. Especially as they have a LOT of internal trouble right now and can't afford to occupy yet more hostile territory.

eliphas8 said:
Mexico isnt gonna get anything back (at this point its too American for it to be justifiable and Mexico is going to be too weak after having thrown out Maxxyboy to annex anything).
Click to expand...

While the map is certainly ASB, and a lot of that is either too American, or territory that neither Mexico nor the CSA actually ever held, I can see a Mexico that is gotten its shit together beat the CSA in a war and gain some territory - it would however not be nearly as much as this.

As a result Texas - the only state that looses territory - is likely to split off the CSA at this point (plus if the war is in the early 1900s it already has its oil revenue and will likely be looking for a way out anyway).

If the CSA also happened to have its Arizona claim (the Southern half of New Mexico and Arizona) it would likely end up in Mexican hands as well, since it probably wasn't of much use to the CSA, the territory would be rendered useless even further without El Paso, and the US would be happy to see the CSA further away from the Pacific.

Mexico wouldn't have to march into the CSA, blockade New Orleans, and occupy Richmond (all impossible) for this to happen. All it has to do is move into these territories and hold on to them until the CSA implodes from within via Texas splitting off, a slave revolt, and possibly US intervention.

The US getting the whole rest of the CSA back seems unlikely to me, by now it is likely better to have a friendly/puppet government running the place and get significant trade benefits out of this. The US would get a lot more in the short run, with a lot less investment. If the USA also joined the war on Mexico's side, rest assured the CSA would be curbed stomped and the US might re-admit some border states/territories if they swear loyalty.
You must log in or register to reply here.
Top
Top