Entrerriano said:
The map is excellent, however I think you didn't choose the best basemap for it? It looks more like a 17th century map. Regardless, considering it is your first map, this is excedingly good.
Click to expand...

Yeah, I used a 19th century map, and was suprised at how inaccurate it was after looking at google maps. Nevertheless, this was mostly for practice, so I went along with it.
Last edited: Jan 3, 2021

How would one make a BMunro style map? Is there a tutorial available?

Betelgeuse said:
How would one make a BMunro style map? Is there a tutorial available?
Click to expand...

You can use MS Paint to do that.

Analytical Engine said:
You can use MS Paint to do that.
Click to expand...

Cool! I'm just not sure what my next step would be since I have zero mapmaking experience unfortunately.

Betelgeuse said:
Cool! I'm just not sure what my next step would be since I have zero mapmaking experience unfortunately.
Click to expand...

Get yourself some good basemaps. There is a selection of them in the various basemap threads.


In order to facilitate what @CalBear has directed, I started a thread in chat for this. Now there's no excuse. Any question if your map is political? Post it in chat, not here. 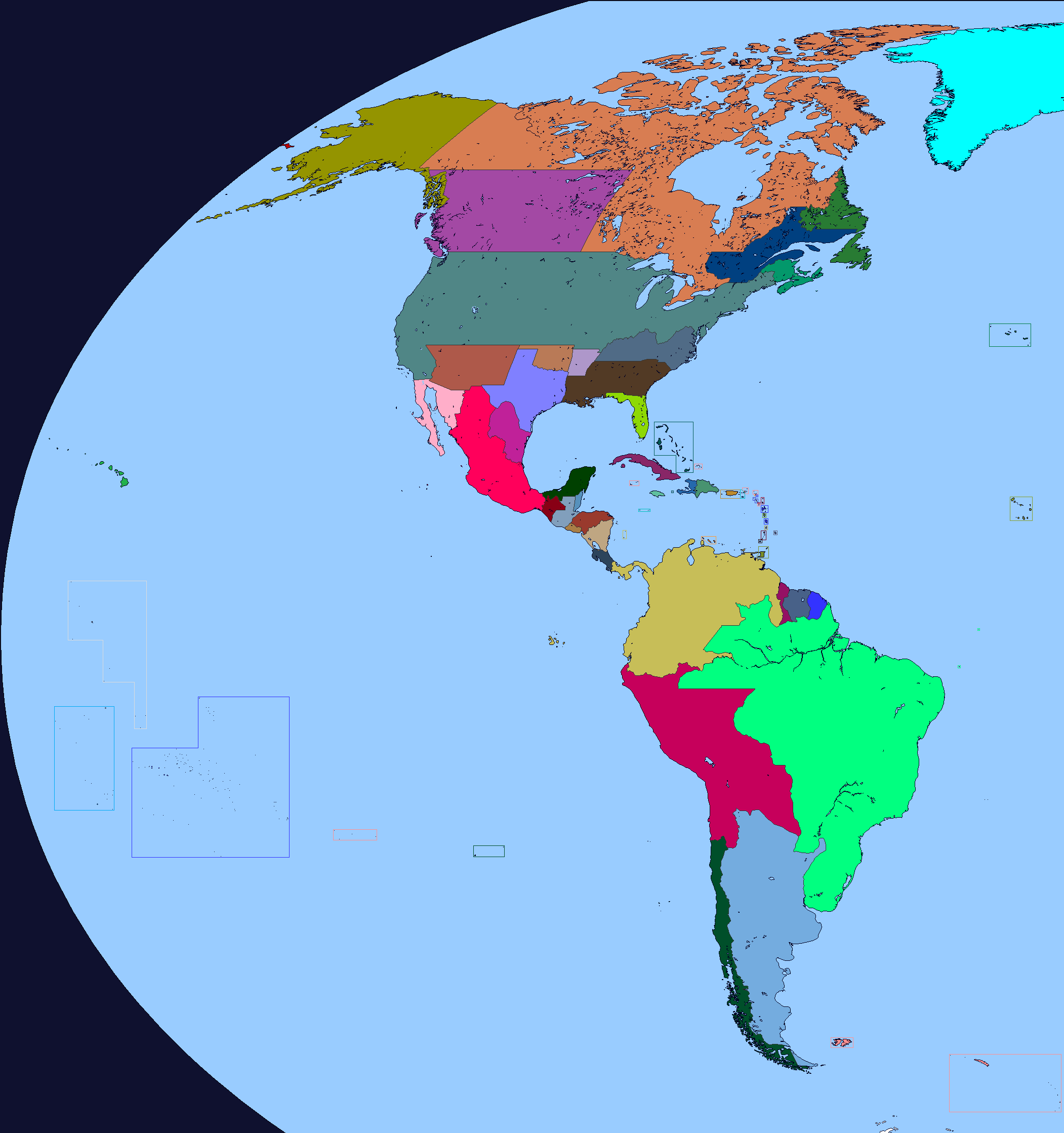 Map of an alternate America.

Clandango said:
The moment I saw this map I knew you had to be the one who made it. Quite nice, and I do look forward to seeing if you ever continue the previous series in the HRE.
Click to expand...

Thanks, I didn't realise I was so recognizable.
If you mean the 16th Century maps I've been making, I am working on the 1560's atm but the 2nd half of the century is complex and I've made it more so by expanding the map to include Scandinavia, Russia and Eastern Turkey.

Black said:
View attachment 613158
Another map from my timeline I have been posting. Any feedback is welcome. I believe this will be my last map for tonight my next will probably be the War for Polish succession.
Click to expand...

Interesting. Which background do you use?

Comte de Dordogne said:
Interesting. Which background do you use?
Click to expand...

Isn't that just a bathymetric chart of that part of the Med?

Analytical Engine said:
Isn't that just a bathymetric chart of that part of the Med?
Click to expand...

Maybe, but I don't know where to find her.

Who is in the Virgin Islands? Can’t tell from the shade if it is meant to be Danish, American, or if it is the Norwegian color so many people poach to give to Denmark.

My guess would be that the CSA wins the Civil War, but loses the peace. Russia keeps Alaska. Quebec becomes independent, and Canada doesn't unify as we know it.

Lottie said:
View attachment 613547So I was trying to update my (otl) map of spheres of influences for 2021. Any feedback? I am not sure if I got the Armenia-Azerbaijan-Artsakh borders correct. I am also of the consideration that Mali be removed from French sphere and Venezuela be added to the American sphere.
Click to expand...

Don't these maps go in Chat?

There is a new current politics map thread in chat where anything relating to the modern day now goes.

Baconheimer said:
There is a new current politics map thread in chat where anything relating to the modern day now goes.
Click to expand...

I wouldn't say anything relating to modern day.
Just politics.

Which a "sphere-of-influence" map definitely is.

Which a "sphere-of-influence" map definitely is.
Click to expand...

Okay, thanks for letting me know. (I meant no harm zy the way).

Uh... Not really based on a backstory but more based on ideas that I found neat.
So first I guess would be the idea that the South American states of Gran Columbia and Peru-Bolivia survived, while Paraguay was wiped of the map, together with a Brazilian Empire that retained Uruguay.
Mexico collapsed hard and now we have some new smaller states.
Spain lost Cuba and Puerto Rico through independence wars.
The CSA won the Civil War but then slowly broke apart. There is an independent Afro-American state, Florida, Texas, independent Indian territory, basically an Indian-White country west of Texas, an independent Arkansas and a CSA remnant.
Hawaii retained independence.
Alaska remained Russian and became the last bastion of non-Soviet Russian land.
Newfoundland never joined Canada, while Canada broke up.
You must log in or register to reply here.
Top
Share:
Share
Top