Upvoteanthology said:
New map for my TL!
​
Click to expand...

Mighty purty. I see the Frenchies seem to be doing pretty well in the interior of the continent...​

Map I did for a commission on Deviantart. Put waaay too much time into it for what I was paid.

Heh, cool map! How much are you taking for commissions these days?

Upvoteanthology said:
Heh, cool map! How much are you taking for commissions these days?
Click to expand...

I wish I could afford commissions from you, there are like six maps I'd love to have covered in your style.

There a write up for this?

post this in the request maps/flags thread found here

Got it. Thanks and sorry for the inconvenience.

HowAboutThisForAName said:
There a write up for this?
Click to expand...

A lengthy world description by the chap who commissioned it. Not sure it would be kosher to repost it here.

Wait, you get PAID?

Banned
Commissions are common. Once I got asked to do a commission and the guy didn't pay me. *grump*

Aquagel8last320 said:
Wait, you get PAID?
Click to expand...

When your deviantart account has almost half a million views and gets hundreds more each day a customer base certainly exists.

Tsochar said:
The title is "Exploring the Great Sphere."

The premise was that, instead of evolving on Earth, humanity evolves on the inner surface of an enormous dyson sphere with something like 50,000 continents, and the age of exploration goes on for centuries. Heavily ASB, but I enjoyed writing it.

I regrettably grew bored with it, and found myself unable to create new and interesting flora, fauna, and cultures for more than two of the continents.
Click to expand...

Sakura_F said:
Commissions are common. Once I got asked to do a commission and the guy didn't pay me. *grump*
Click to expand...

You have to take half up front, and half when you finish the job. Like an assassin. 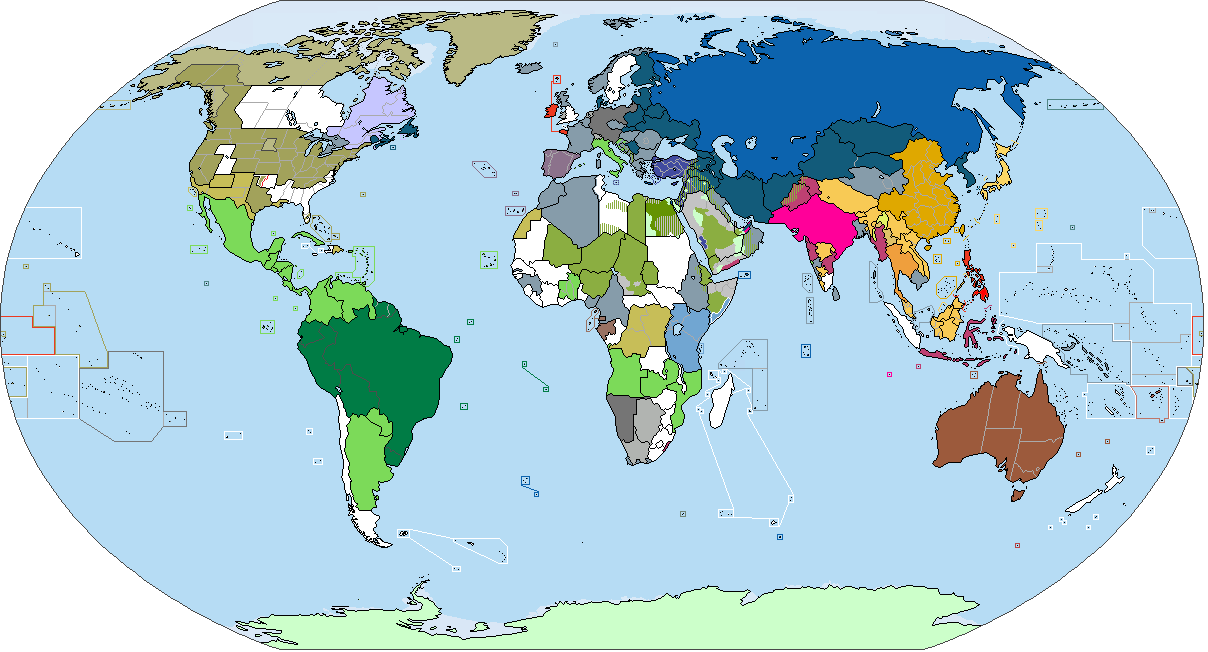 2010: Well, some parts got better, others got worse.
The former Islamic Confederation and neighbouring states have seen significant instability. With over 10 million of refugees flooding into the Ottoman Empire, Kurdistan, Gulf Emirate, and Armenia the region has been rocked by instability (a few million more continued on to Europe). To prevent even more refugees flooding into their lands a large swath of the 'Fertile' Crescent has been occupied as a humanitarian intervention. One interesting side effect seen in Tunisia, Tripolitania, and (less successfully) the Arab Peninsula has been the Feminist Rebellions. As freedoms and opportunities for women had dropped massively under the hardliner rule support for the old Islamic Confederation amongst women pegged in at perhaps 12%. Adding to that the issue of millions of men most loyal to the regime now being stranded in Somalia or the Arabian Peninsula the gender ratio was skewed strongly against the hardliners in the western regions. The remnants of the confederation struggle to control Egypt while food shortages remain rampant. Other Islamist states have grown shakey as well, though many are loyal to the IC out of fear surrender could see them shipped off to War Crimes courts in Kiev or Bogata.
Red India stumbled for a while, but a mixture of intertia and proportionately far fewer losses allowed it to stumble on. Her prestige was weakened for a while, but as the world realised India could persever the world suddenly became very impressed by the nation that took a nuclear war and kept going. Sino-Indian relations have also improve massively as China (and the rest of the Hue Coalition) sent massive amounts of food shipments to India. Russian aid was also significant, though split between trying to feed the Middle East and assisting Africa in feeding millions of new mouths fleeing from the north spread them thinner.
Despite having to deal with so many new refugees many nations in Africa have actually benefited. The refugees are typically fairly well educated, filled with doctors, teachers, and other professionals. While they haven't been digested yet those with medical training have been fast tracked into existing medical services to assist with those refugees who are wounded as well as aiding in the fighting against 'Sodier's Disease' [AIDS] which remains at crisis levels in some nations.
Meanwhile Brazil's schemes of Latin American unity continue. Several nations have agreed to the Latin Union, effectively agreeing to a common foreign policy, currency, and more. A few nations remain unsure about that much unity though. Moscow has abolished the 'Ethnic Homelands' concept due to it's having become a farce in most regions due to migration and urbanisation. For now a sort of unitary state scheme is being practice while a new solution is being hotly debated (Russians remain the plurality, but the exact percentage continues to decline, especially with increasing immigration from refugees out of India and the Middle East). 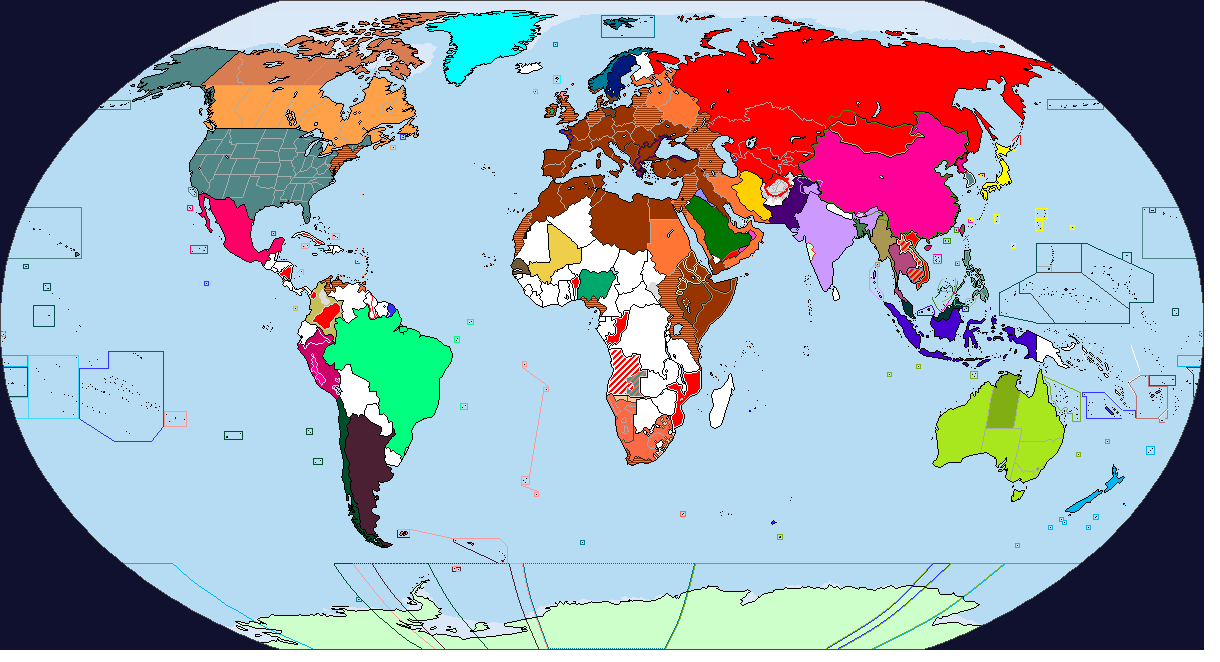 This is an ISOT idea I haven't seen done before. What if, after the ISOTed nation has been alone for a while, it gets to return to a normal Earth? So here's a preview of 1941 Italy alone for two hundred years, then sent to 1985 Earth, first second after ISOT. I will do the write up some other time.

I hope you're planning a huge Peruvian Empire reveal.

I was just in Peru and seeing all the still native people in the Highlands is so incredible, I don't know why they DIDN'T revolt after independence when they outnumbered the Peninsulares five to one.

Oh, hey, there you are. You posted in it a year ago.
Click to expand...

I remember that, good thread.

This is an ISOT idea I haven't seen done before. What if, after the ISOTed nation has been alone for a while, it gets to return to a normal Earth? So here's a preview of 1941 Italy alone for two hundred years, then sent to 1985 Earth, first second after ISOT. I will do the write up some other time.
Click to expand...

Cool, i wonder how much they could hold on to after a decade. In an isolated world there would have been no need to develop nuclear weapons, so i bet they will be working on that right away. Based on what came along they will be at war with a seriously pissed USA and a possibly collapsing USSR. They will probably loose all land in the americas, they may of may not hold on to south Africa. Most of Europe and north Africa stays Italian but with some concessions made. If they agree to sell oil than they could probably hold the Arabian peninsula as the remaining bits of Iraq, Jordan, Yemen and Oman will likely collapse, Saudi is on the fence.
Top