Look to the West Volume IX: The Electric Circus

Alternatively, see my Amazon author page for a list of all my books.

Volumes I and II also available as print paperbacks, and III and IV will be forthcoming once delays caused by the current pandemic are resolved. V is coming soon(ish) as an ebook.


Look to the West


“I only knew you for a while, I never saw your smile…” 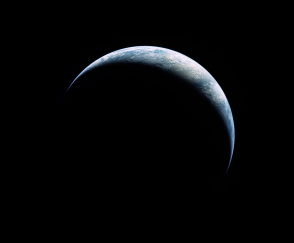 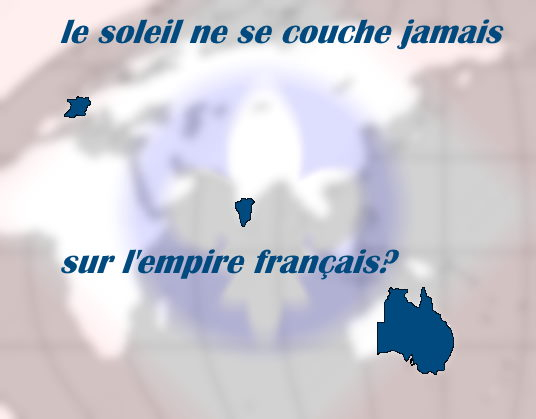 “We’ll always be together, however far it seems…”

“We’ll always be together, together in electric dreams!” 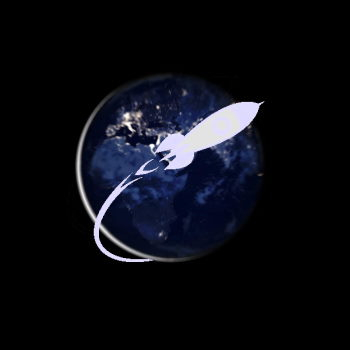 Donor
Yes, I am continuing my tradition of beginning posting a new volume of Look to the West on my birthday. Please note that the first full update will be this Sunday, but after that updates will only be fortnightly for the foreseeable future, as I have too many extra projects - preparing LTTW Volume VI for publication (nearly finished!), a science fiction/AH novel called "On the Wings of the Morn" that's the sequel to my first contact novel "Well Met By Starlight" (shameless Amazon plug) and an ASB Multi-Party American 2016 Election Night timeline on SLP. Still, after losing a lot of my writing mojo (LTTW aside) during the pandemic, I'd rather have the problem of taking on too many writing commitments now like it's 2006 again.

We now return you to your regularly scheduled intro interlude...

DIRECTOR STEPHEN ROGERS (SR): Hello? (sotto voce) Are you sure this is right? It doesn’t make any sens-

CC: But then I might fall off this chair.

DE: Don’t worry, you’ll land on something soft and squishy.

DR BRUNO LOMBARDI (BL): That is a very personal att-

DE: I was talking about your lunch.

SR: Okay. Now can you explain to me what the hell is going on?

BMcC: Well, in some ways it’s very simple, and at the same time, rather complicated.

BL: You see, after we left Waccamaw Strand back in August-

DE: Sorry, sir. See, it’s the night of the Fifth of November in our time zone, so the locals are celebrating Bonfire Night.

SR: Huh. Yeah, the fireworks are still going off here as well. Damn kids. I keep forgetting that in that version of America…

DE: It catches us offguard still as well.

BMcC: Anyway, sir, you’ll remember that our original plan was to find somewhere out of the way in Virginia and then contact you, and only go to the capital later. But, well…

SR: I want a full report later…but that would explain why you never showed up when we brought the receivers to, where was it, Virginia Beach?

BMcC: Yeah, turns out that the military bases have swamped the area in this timeline and there was no way we could get in.

SR: It was quite embarrassing in front of Governor Oldenfolk when there was no signal. But we got your Morse message you were heading to Fredericksburg instead – why has it taken over a month to set this up?

DE: Can I answer this, Captain?

DE: So, the basic problem is that it’s hard to relate locations here to ones back home. When we were in London, even though there had been a big fire in the 1800s and there wasn’t a Blitz, there was still some, what’s the word…

TB: Commonality, yeah. You could just about figure out analogous locations with an A to Z, some old map scans and an offline copy of Google Earth.

SR: And it’s different there?

BL: We underestimated just how different, sir. You remember before we set off for Myrtle Beach, we did take a day trip to our timeline’s version of Fredericksburg.

TB: Yeah, we didn’t realise just how much smaller. Fredericksburg in this timeline is what, ten, twenty times the size of the OTL version?

DE: We kind of knew it would be huge because it’s the national capital, but, well, history changed here almost immediately after it founded, and it was at the, what’s the word…

TB: Epicentre. At the epicentre of the changes. So there’s literally almost no parallels between our Fredericksburg and this one.

BM: And it’s amazing, sir! The buildings, the monuments, the museums…

DE: And so natural landmarks are covered up. Even the river’s got controlled differently here. The version in OTL got devastated by the, uh, the US Civil War wasn’t it?

BL: Also, we couldn’t afford to live in the central districts where the government and all the fashionable stuff is, anyway. So we ended up in the suburbs, areas which aren’t part of OTL’s Fredericksburg.

BMcC: This one has sprawled to the point that Woodbridge, VA has almost been swallowed up. It almost stretches to Alexandria, which isn’t as big a place – there’s only medium-sized towns where DC should be.

SR: Not sure what you mean without a map, but OK. So we wrote down you were in the West Ward – but you’re east of the city centre now! In a place where there’s sod-all in our timeline, so my agents with the receivers tell me. They’re practically in the middle of a field.

BL: Turns out that West Ward is named after a former colonial Governor called Francis West. Apparently that confuses a lot of tourists.

BMcC (brightly): But we’re all here now and back in touch! And we’ve not been letting time go to waste.

BL: No. Captain Nuttall’s out scouting with Dr Wostyn right now. What a team they make.

SR: Um, OK. So you’ve been looking for more books and so on?

BL: Yes and no. There’s certainly a lot to choose from – this is the capital, after all. But it’s also home to several universities…

TB: Imperial College is one of the biggest, and all last month they’ve had a festival of public talks and lectures on a number of subjects, including history.

CC (quietly): I think my knees are going numb…

TB (ignoring this): And we lucked out – some of the lectures are on the period of history we need to cover next.

SR: All right. I can’t tell you when you can return, but between you and me, there have been some promising signs on a vaccine lately…

SR: So it may be sooner than you think. In the meantime, I guess you’d better start sending these transcrip-

Oh say, can you hear
By dim Novembral whirr
The St Catherine’s wheels turn
As we put Guy to rights?
Our great Fred is alright
Eating dolphined pommed earths
Washed with warm sake and PAW
Pilfered from Zon8Ins2.
Hear the thund’ring earthquake
By phlogistical cake
Blown that all may recall
That Guy Fawkes was a rake!
Oh say, may dread Vulcan
And Mars here combine
To flourish our crafts
And grant us victory!

Gone Fishin'
Will we get a post-Black Twenties map?

In a world where great vertical and horizontal lines are so important in the ordering of political affairs, it's fitting that the major components of the French Empire should order themselves in a diagonal across the eastern hemisphere.

Thande said:
BMcC: Yeah, turns out that the military bases have swamped the area in this timeline and there was no way we could get in.
Click to expand...

I wonder how large an area of Virginia Beach they were excluded from? If their transmitters are fairly short-range then the naval base in question might resemble one of the small east-coast ones in OTL's USA, but if the ENA is excluding people from a truly wide area- on the east coast, no less, which must have been at least somewhat inhabited before the base was set up- then its yet another worrying sign that LttW is more militarized than OTL.

Actually, now that I write that out, I suppose I should first wonder how the ENA's navy has evolved without California to serve as their premier naval station on the Pacific, and with a much greater focus on the Atlantic, given the need to worry about occupied Carolina as a potential Societist staging ground in any potential conflict...

Can't wait to see how this timeline about a young man making his way through the world unfolds. I'm interested in how two different time periods will play into the narrative, and if the timeline will switch back and forth. A circus makes for a great metaphor for the anxieties of Societists trying to take over the entire world

“We’ll always be together, however far it seems…”

“We’ll always be together, together in electric dreams!”
​
Click to expand...

So decolonization (for France) in the 1930s/1940s? Also, it's strange to realize that France's formal empire ITTL is really so small, given how powerful the country was up until (and arguably still after) the Black Twenties.

And as said above, that choice for Bisnaga's flag. One small quip: That outline looks like an African elephant (it's the ears), going forward might make more sense to use an Indian elephant on the flag (more triangular ears, that, as the saying goes, look more like India).

EDIT: And of course, IT'S BACK!

Hell, yeah! So happy to see this back!

Kriegdämmerung said:
it's strange to realize that France's formal empire ITTL is really so small, given how powerful the country was up until (and arguably still after) the Black Twenties.
Click to expand...

Ladies and gentlemen, boys and girls
And wild ones of all ages
Step right up, I welcome you to come on in
Inside the Electric Circus
The music is your passport, your magic key
To all the madness that awaits you
Feel the thunder and the frenzy
And see all the unusual animals
And the animals?
Well, they're something else...

Donor
Thanks for the comments everyone.


Kriegdämmerung said:
And as said above, that choice for Bisnaga's flag. One small quip: That outline looks like an African elephant (it's the ears), going forward might make more sense to use an Indian elephant on the flag (more triangular ears, that, as the saying goes, look more like India).
Click to expand...

You have no idea how much this comment aggravates me, because I spent half an hour going through OTL Indian logos and heraldry which use elephant heads which are supposed to be Indian elephants, but the ears always look too big and African to me, and this was the least African-looking one I could find

It's great to see this return and see the tantalizing hints of what awaits us in this volume. It's interesting that, judging from the flags above and its role as one of the main (and the most-focused on) belligerent in the previous volume, and arguably its role in/outside of the Pandoric War as well, France has become to a strong degree the "main character", so to speak, of LTTW. Which is especially interesting given that France is, as stated above, smaller in terms of its actual empire than it is IOTL (and it's not like it directly owns the Low Countries or Italy or any of the other territories that are traditionally associated with a 'powerful France'). Though I guess we'll be getting to see a lot of the ENA too given the new broadcasting location in Fredericksburg.

Also, lectures sound like another very creative way to convey the story through. Simple but ingenious.
Last edited: Sep 3, 2022

Gone Fishin'
I wonder if French decolonization with Societist Spain next door will paradoxically cause Scandinavia, Italy etc to hold onto their colonies harder.