Whiteshore said:
Also, in TTL's TNO, I imagine that aside from Tolstoyist!Men, LibDem Vyatka would probably be seen as the best ending for Russia.
Click to expand...

Yes. Also, Malenkov is the Prime Minister of the Divine Mandate of Siberia, while Andrei Gromyko is the Authoritarian Socialist leader of Orenburg.

One other differences is that while the Einheitspakt and Roman Alliance worked together on the Atlantropa project, Germany did not annex the Portuguese colonies in Africa, and Rhodesia is a part of South Africa, which is also under the United Party of PM De Viliers Graaf. The South African War in the FoM TNO is the African War, with the Afrika Schild invading the Iberian African colonies and South Africa, with the Boer Republic rebelling against South Africa.

Zoidberg12 said:
Yes. Also, Malenkov is the Prime Minister of the Divine Mandate of Siberia, while Andrei Gromyko is the Authoritarian Socialist leader of Orenburg.
Click to expand...

Any other differences you could see between OTL!TNO and TTL's TNO with regards to Russia? For starters, we'd certainly not have the wholesome USSR paths like Sablin and Bukharina and instead have more dystopic USSR paths and possibly see Magadan and Tsarist Chita be seen as "wholesome 100" paths.
Last edited: Nov 5, 2020 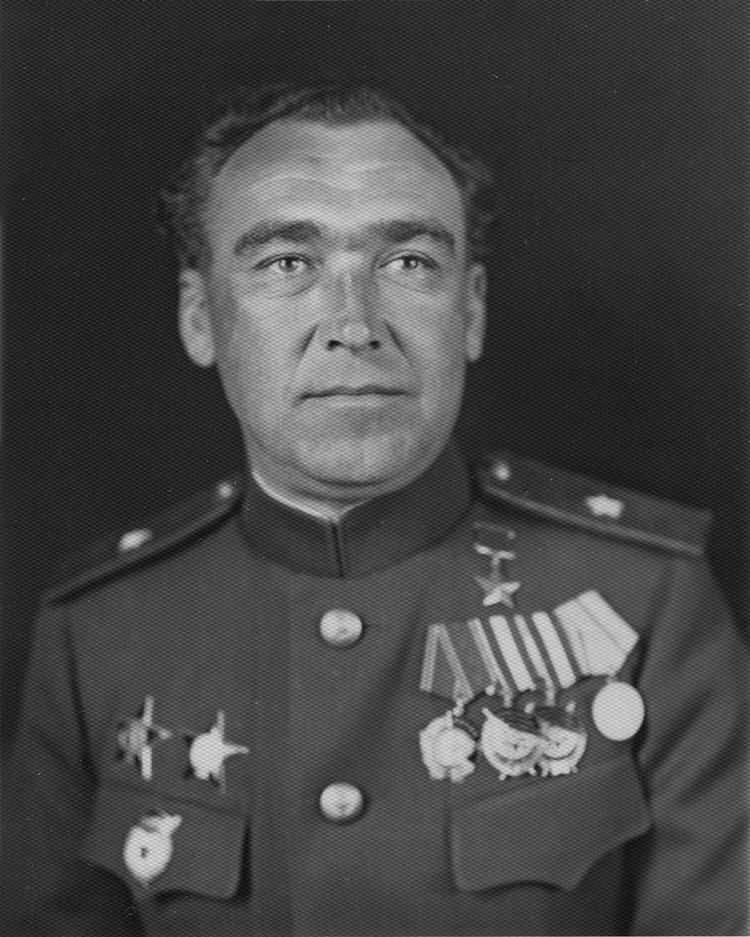 Matvei Shaposhnikov, Marshal of the Russian Federation, posing for a photo (even if his Soviet-style uniform would be traded for a uniform closer in style to that of Tsarist-era uniforms as part of de-Communization). Matvei Shaposhnikov was famous for how he was amongst the main supporters of Georgy Malenkov in the Red Army and in the aftermath of the Second February Revolution, would be named head of the Russian Federation's nascent military, holding the position of Defense Minister from 1972 to 1980. While he disagreed with Malenkov when it came to the issue of the former Soviet Union's nuclear arsenal (Shaposhnikov advocating keeping a small nuclear arsenal of a few hundred nuclear weapons while Malenkov insisted on dismantling the entire arsenal), he would be pivotal in the development of the post-Soviet Russian military. 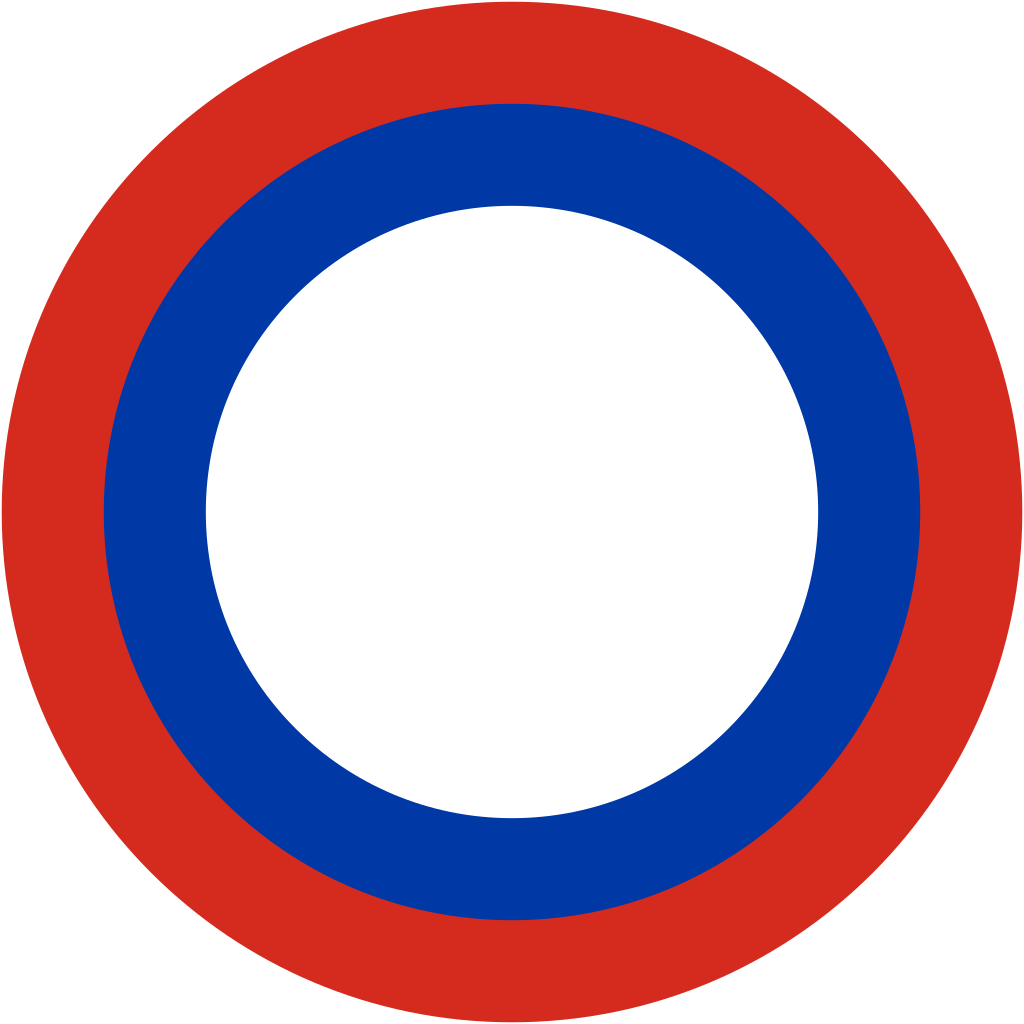 The St. Andrews Cross, the flag of the Russian Navy after the Second February Revolution and the subsequent fall of the Soviet Union, and the Russian Air Force Roundel. As part of de-Communization, the Russian military, even if Malenkov's Tolstoyism opposed monarchism, adopted a great degree of Tsarist-era iconography, if largely due to the lack of any alternative insignia for the military "untainted" by Russia's Soviet past.
Last edited: Nov 5, 2020

Whiteshore said:
Any other differences you could see between OTL!TNO and TTL's TNO with regards to Russia? For starters, we'd certainly not have the wholesome USSR paths like Sablin and Bukharina and instead have more dystopic USSR paths and possibly see Magadan and Tsarist Chita be seen as "wholesome 100" paths.
Click to expand...

Honestly, I figured a Footprint-verse TNO would've justified its Axis victory with Roberto Farinacci being in charge of Italy before Musso comes to power in the 50s or something, which brings in the Italo-German split. 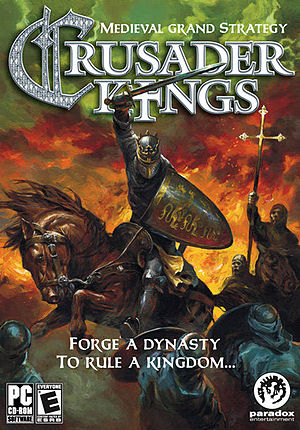 Cover of Crusader Kings, the first and so far only foray of Paradox Interactive in the world of Medieval Grand Strategy. It put the player in the shoes of a "dynasty spirit" (that's what the tutorial called it) controlling a single character from 1052/1066/1015, depending on which copy you had, up to 1492. The game featured only a small selection of rigorously Christian, plus a single, solitary, Norse character, and despite the great aesthetic the gameplay was deemed too barebones to recieve good reviews. A second chapter, Crusader Kings II, was slated for release in 2017, but it was ultimatley cancelled over designing troubles. The devs were put to work on Black, Blue and Burgundy III, the Grand Strategy game detailing the second half of the XXth century and noted for being basically a fantasy game in Israel and a lot of former Warsaw Pact countries.

AK47Productions said:
Zhukov leads a military faction that turns Russia into an army with a state akin to Prussia ironically enough. Still an AuthSoc I'd bet.
Click to expand...

I'd say he'd be an AuthDem here considering that it, TBH, is a perfect description of Batov's Sverdlovsk.

Whiteshore said:
I'd say he'd be an AuthDem here considering that it, TBH, is a perfect description of Batov's Sverdlovsk.
Click to expand...

Shit you're right, dunno why I didn't just say Sverdlovsk. Probably a cross between Sverdlovsk and Zhukov's WRRF though with maybe a bit of Tukhachevsky's path somewhere in there.

AK47Productions said:
I wouldn't be surprised if Footprint-verse Sablin was in a gulag up until the moment Tolstoyism came into power in Russia. I could see him as a liberal in Komi and still be a "wholesome" path with an option for an AuthSoc run.
Click to expand...

Maybe Sablin in TTL's TNO could be a genderbent (and more idealistic) version of Stalina instead?

AK47Productions said:
Shit you're right, dunno why I didn't just say Sverdlovsk. Probably a cross between Sverdlovsk and Zhukov's WRRF though with maybe a bit of Tukhachevsky's path somewhere in there.

At the least, Zhukov (perhaps with Batov as his successor) would be the "canon" unifyer for Foorprint TNO's Russia.
Click to expand...

Maybe in TTL's TNO, Zhukov has to balance out the civilian politicians (led by Yeltsin) and the military officers (led by Batov) like how he has to balance differing factions in the WRRF in TNO? 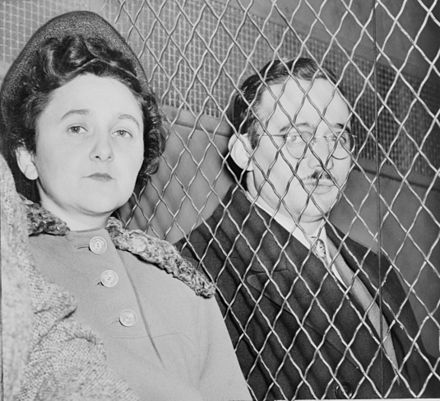 Julius and Ethel Rosenberg soon after their arrest in 1948 over espionage scandal on US government.

Ethel Rosenberg had important role on disclosure of espionage ring on the government. The couiple were too accused from spying to Soviet Union. Due Ethel's testimony the couple was only sentenced to prison for rest of their lives instead electrocution. They were soon pretty much forgotten and just saw as part of one dark moment on US history. In 1990's anyway there was some pleas for freeing them to parole. Even their children and grandchildren tried speak for parole due their high age and declining health. They anyway died in prison on May 2003.

After their deaths there has been some discussion their role on espionage ring and if they actually were so important there. A bottle of imported Mussolini brand wine with a partially filled glass at an Italian restaurant in Shenyang, circa 2007 (top). A young Chinese girl eating spaghetti at an Italian restaurant in Beijing, circa 2020 (bottom).​
The Republic of China has a had huge craze with all things Italian from the end of the Chinese War, when it was South China, all the way past reunification with the North and up to the present day. Italian food, and Sino-Italian fusion cuisine, is well loved and anything to do with fascism or fascist iconography, in particular Mussolini, is insanely popular in the Middle Kingdom with tons memorabilia and products that have the likeness of Mussolini, Balbo, Ciano and many other Italian fascists. In recent years, Achille Starace has gained popularity in t-shirt sales. 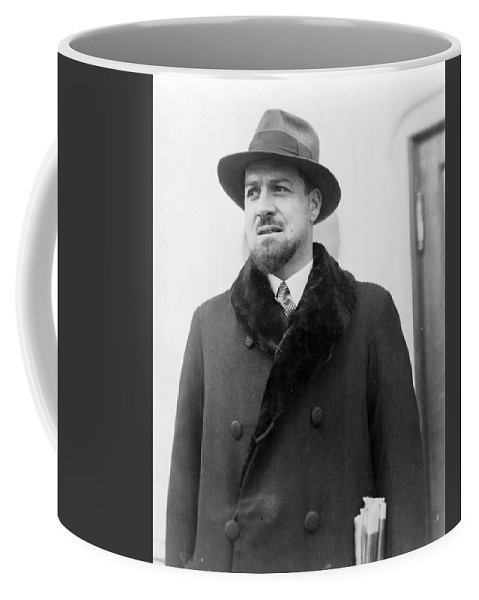 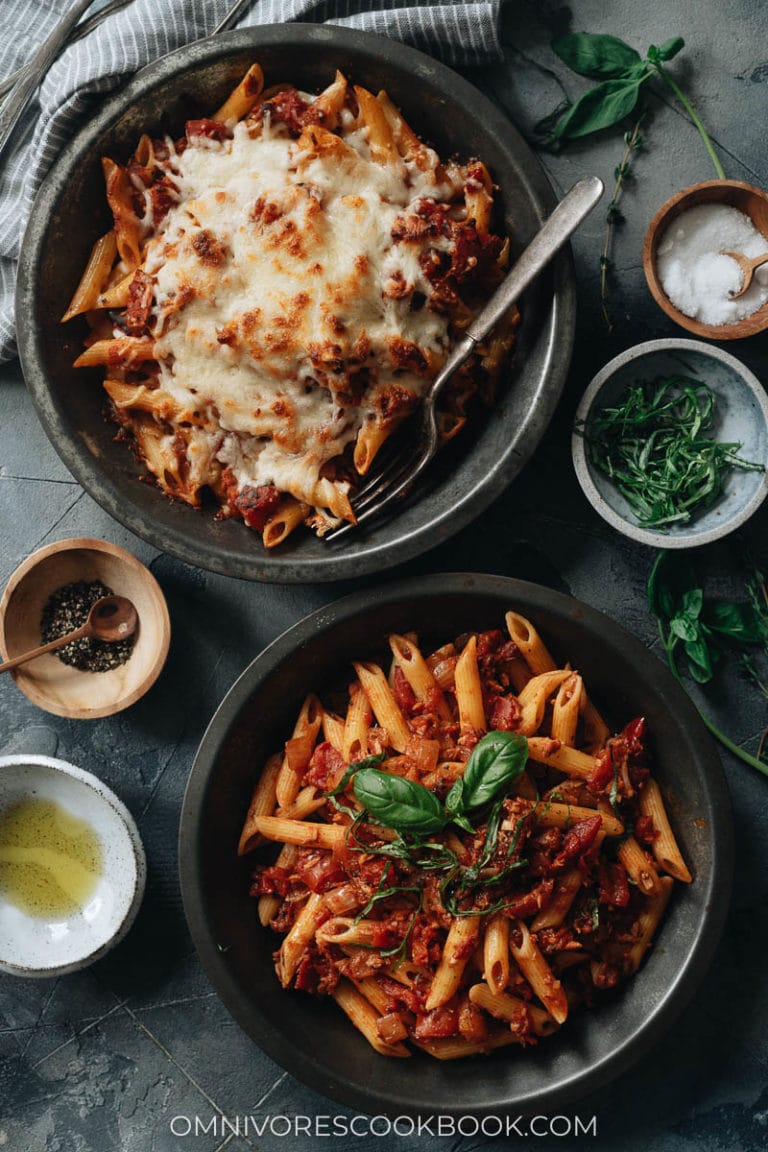 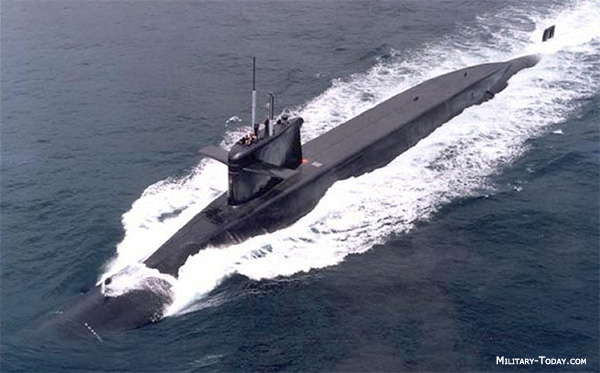 An Italian Mussolini-Class Ballistic Missile Submarine. First designed in 1969, and built in 1970, the Mussolini carries 16 Missile tubes that can fit a single M4 Nuclear missile, as well as 4 torpedo tubes. Powered by a nuclear reactor and a displacement of over 8,000 tons, it would be the largest of Italian submarines until the introduction of the Capri-class in 1997. Roughly six of these submarines would be built, with only one, the Nero, being preserved as a museum ship.
Edit: removed the line about the Nero nuking Addis Ababa. 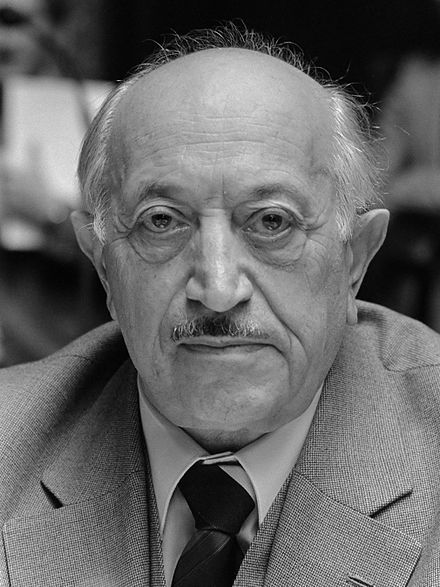 Simon Wiesenthal was Austrian Jew who became famous hunter of nazi, ba'athist and communist criminals. His organisation helped arrest thousands of criminals who have participated on persecution of Jews. He too helped bring evidence to Nuremburg trials and several post Soviet trials in Trier and other places against communists. Nowadays his organisation continues hunting of the remaining criminals. The organistion too collects information about all three Holocausts and offer educational material. It too is watching legistature of several countries in case if these begin make some antisemtic laws or there is rising antisemitism.

Bbone91 said:
The Nero was the submarine that launched the missile that destroyed Addis Ababa.
Click to expand...

Addis Ababa was IIRC destroyed with a bomber, not a SLBM.

Whiteshore said:
Addis Ababa was IIRC destroyed with a bomber, not a SLBM.
Click to expand...

I think too that AA was nuked by bombing plane.

Whiteshore said:
Addis Ababa was IIRC destroyed with a bomber, not a SLBM.
Click to expand... 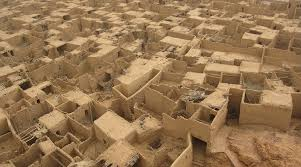 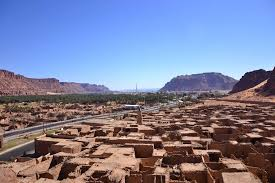 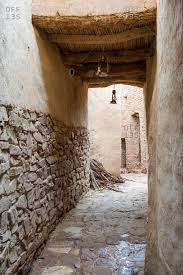 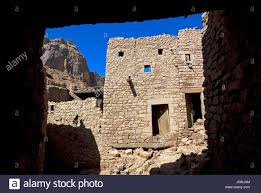 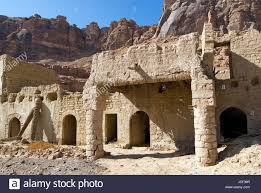 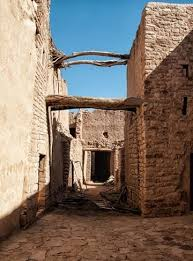 The town of Al-Ula or al-Deera was originally constructed in the 13 Century AD and was located along an old incense trade route. During the rule of the Mad Mulla and the Islamic State of Arabia, the approximately 800 person population of the town was totally wiped out and exterminated. As with many other abandoned towns in the former ISA/Saudi Arabia, it is not entirely clear how this happened, as the government of the ISA did not keep extensive records on its activities, and those that they did keep were mostly destroyed after the fall of the ISA in 1969. However, it is most likely that the killings in a town happened gradually and then the last of the residents of the town were all killed. The latter evidence comes from the testimony of local Bedouins, recorded by Turkish soldiers, who claimed that the whole population of the town was killed on one night in the Islamic year of 1386 (1966-1967 AD), with no survivors. The same Turkish soldiers inspected the town and found blood stains on many buildings, which seemed to corroborate the story of the Bedouins. They also found Arabic graffiti on many of the buildings which read words such as "Sinner", "Sodom" and "Infidel."

Why exactly the Mad Mulla's men decided to kill the residents of the town is mystery to this day. Some historians have suggested that the was a black market of foreign goods coming into the town from Israel or over the Red Sea from Italian East Africa or that Sufism was practiced in the town in defiance of the Mad Mullah. Whatever the case, the world may never know.

Flag of US Pacific Territory.

The islands belong to Japan until USA captured them at end of WW2. Soon after the war the islands were organised as Pacific Trust Territory and United States helped develope its economy and political institutions. In 1978 Trust Territory was re-organised as US Pacivic Territory and its citizens gained US citizenship and local government gained more power. But the islanders wanted keep ties with USA. During 2010's there has been rising statehood movement. But it is unlikely that Pacifica would become state in many years. 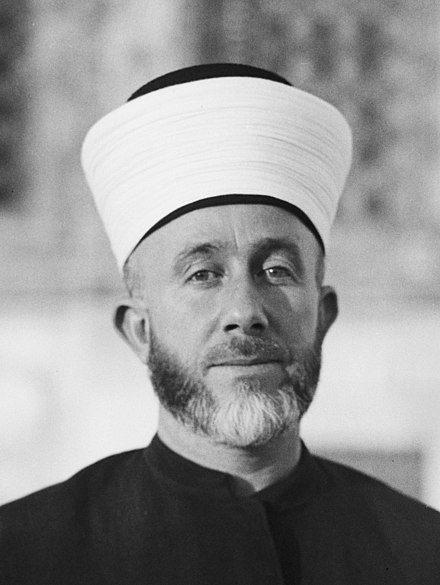 Al-Husseini was second and last grand mufti of Jerusalem in years 1921 - 1948. He was important anti-zionist and arab nationalist leader. Through 1920's and 1930's he led several activities against Jewish communities of Palestine. During WW2 him had close relationships with nazi leaders and supported Holocaust. During First Arabian War him became leader of Arab Coalition which angered Stalin and he left Arabs alone. On November 1948 Israeli army captured him and he was soom put to trial for his crimes against Jews since 1920's. Al-Husseini was hanged and soon buried to secret place on Negev Desert. After al-Husseini's death Israeli government decided that it not allow new grand mufti of Jerusalem and so the office was officially abolished. 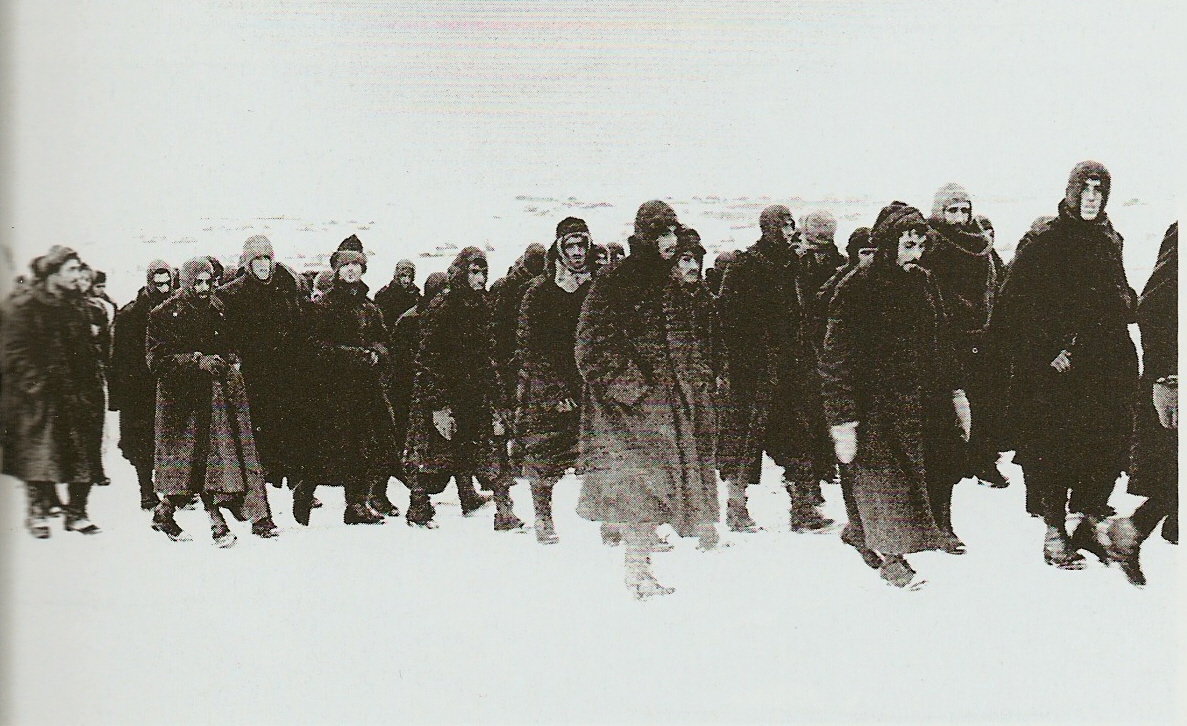 Italian Volunteers being led towards prisoner of war camps after being arrested by their former German comrades on the Eastern Front. While originally some 5,000 men were fighting on the Eastern Front, after the December 2nd Declaration of war on Italy they were declared “enemy combatants” by German high command and captured. Roughly half would die, either in camps or in the chaos that followed the April 15th death of Adolf Hitler.
You must log in or register to reply here.
Top
Share:
Share
Top