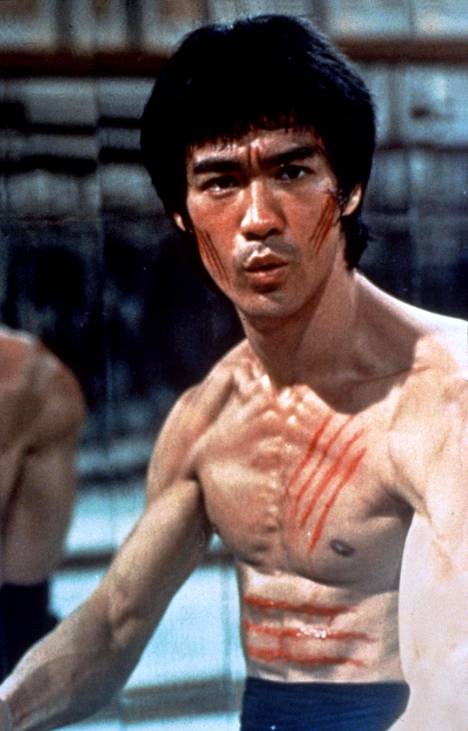 Bruce Lee became famous about his Kung Fu movies in 1960's and 1970's. He begun his career in Hollywood but he didn't succeed so he moved soon to Asia and created career in Hong Kong and South China making several Kung Fu movies. He continued his career while after unification of CHina but on mid-1970's he returned to Hollywood and managed create career there. Him became too close friend with such actors as Steve McQueen, James Coburn, Clint Eastwood, Charles Bronson and Chuck Norris. Lee continued making Kung Fu movies but he too acted in some Westerns and action movies. One of his most famous Kung Fu movies in Hollywood is Kung Fu Kid (1984) where he acts mid-aged Kung Fu master who gets young boy as his pupil.

Lee continued acting always until 2000's. His one of last big movies are Kill Bill where he acted 1000 years old Kung Fu master Pai Mei. He has continued his acting career until this day but not very often and usually just very small cameo roles. 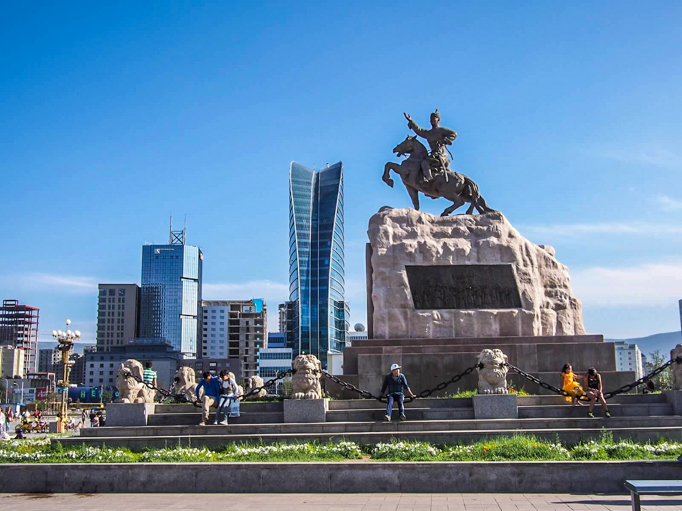 Ulaanbaatar, capital of the province of Mongolia.
In recent years, Beijing has agreed to give the province greater autonomy in cultural matters, being bilingual in Mandarin and Mongolian.

General and soon-to-be President George S. Patton observing the scenes of the Ohrduf concentration camp, minutes later Patton vomited at the dantesque scenes he witnessed. That would lead him to be one of the most vocal advocates of Israel and laws against antisemitism in the United States. Memories of his advisers reveal that upon learning of the Soviet Holocaust his face reddened with fury cursing the Communists and vowing to destroy them just as he did with the Nazis.

All this would be repeated in 1952 with the African American population after the murder of Jackie Robinson. 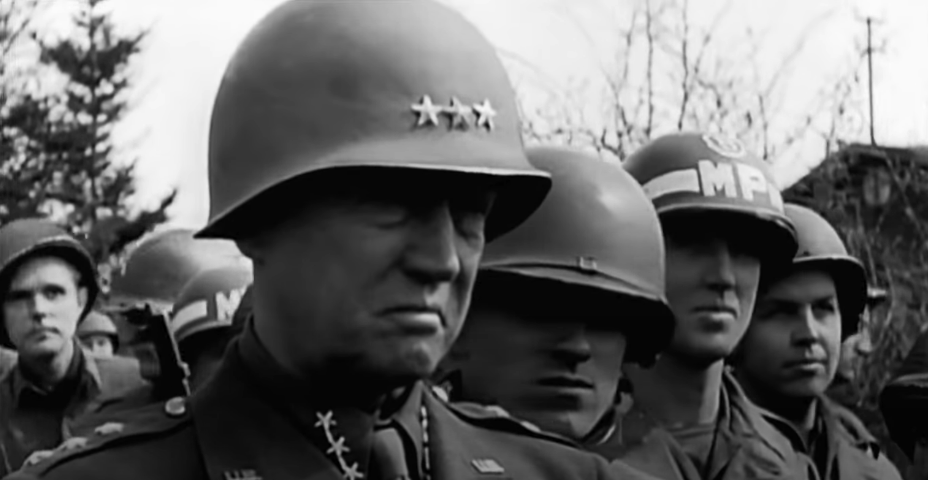 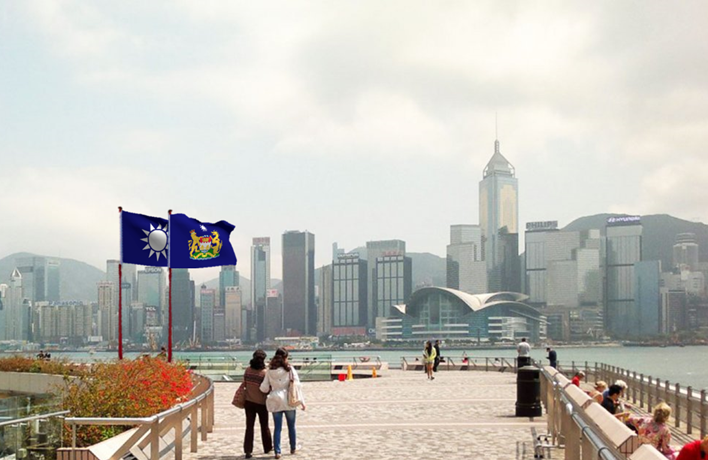 The Hong Kong coastal promenade.
In 1997 the U.K returned the city to China under an autonomy similar to that enjoyed by Ningxia, Mongolia and Guangxi. The city acts as the main financial center of the country and a window to the Anglophone world (Macau has a similar role with the Lusophone nations, and in particular the Lusitanian Kingdom) 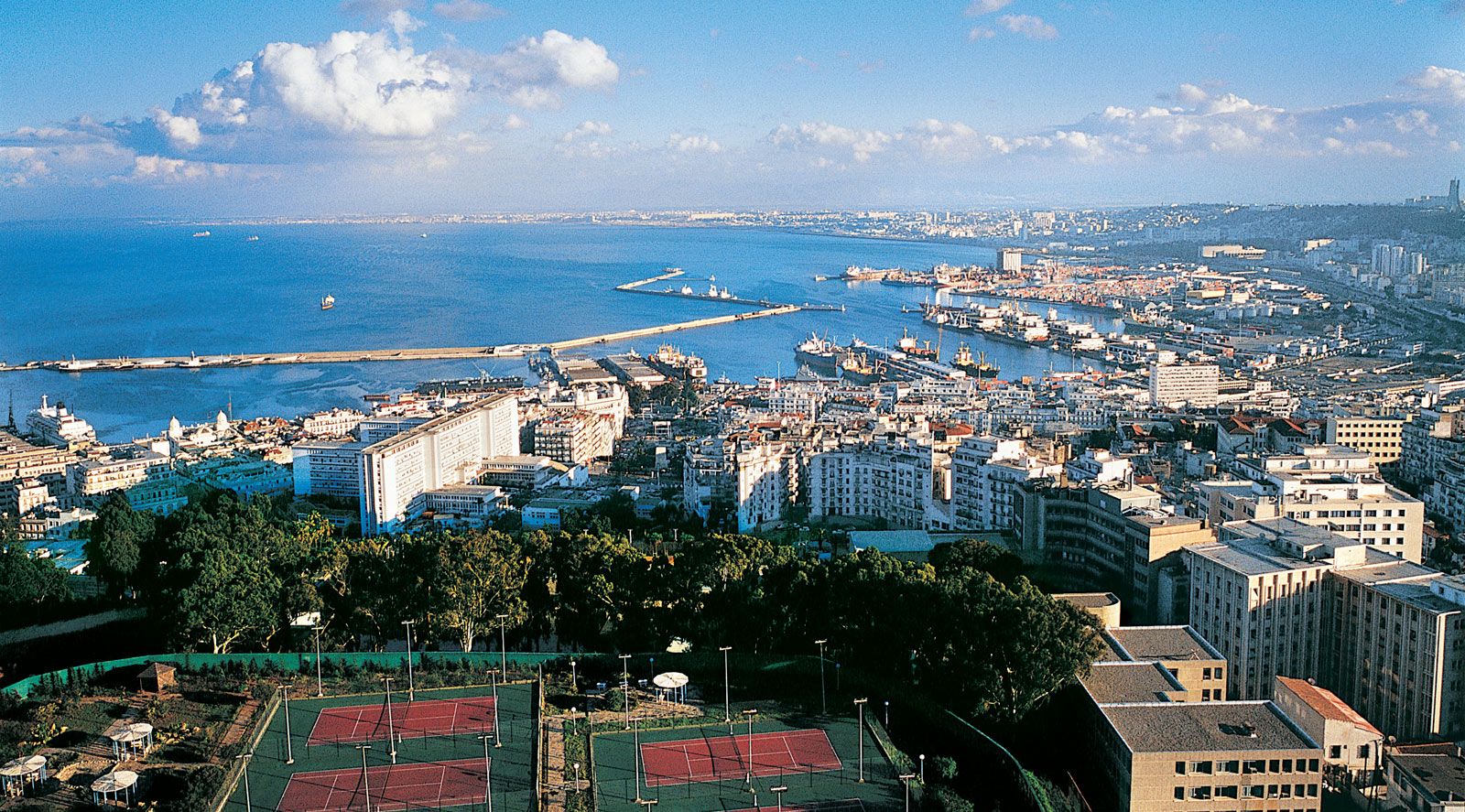 Algiers in French Algeria. Algiers is with 2.1 millions habitants second largest city of France after Paris. Algiers like whole French Algeria is mainly French speaking. There is small minority of Berber speakers and some Algerian Arab speakers. Due strong missionary activities and settlement policy 90 % of French Algerians speak French and about same number are members of Catholic Church. There has been much of Arab terrorism couple decades after Second Arabian War but situation begun change more peaceful during 1980's altough there is still some terrorist attacks against French but these are very rare. Algiers is too one of most tourist cities in France. 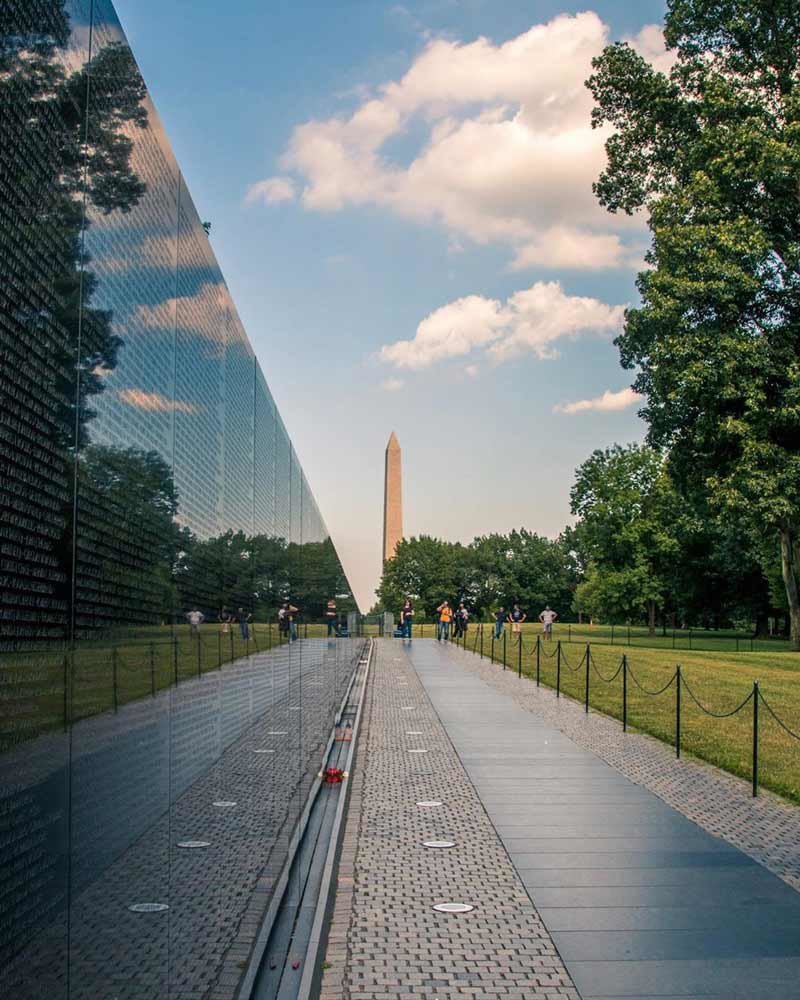 Memorial for Americans killed on Chinese War in Washington D.C. Around 115 000 Americans were either killed or lost during the war. President Patton gave order erect memorial site in memory of Americans who fought against Communists in China. The war was important booster of American morale after disastrous Wallace's years. 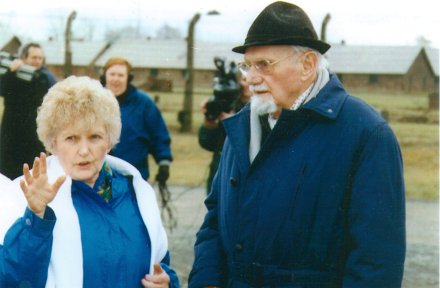 Former Auschwitz medic Hans Münch with Nazi Holocaust survivor Eva Kor during a visit to the camp in 1994.
Münch refused to assist in the mass murders there and developed many elaborate ruses to keep inmates alive.
When the Anglo-Jewish Army arrived Münch was protected from retaliation by the now released prisoners.
He was the only person acquitted during the Auschwitz trials. In 1978 he was declared Righteous Among the Nations and in 1980 he was awarded the Imperial Order of Merit. He lived in peace until his death in 2001.
Eva Kor would die in 2019 as a well known as a renowned author and activist for the preservation of the memory of the Nazi Holocaust. 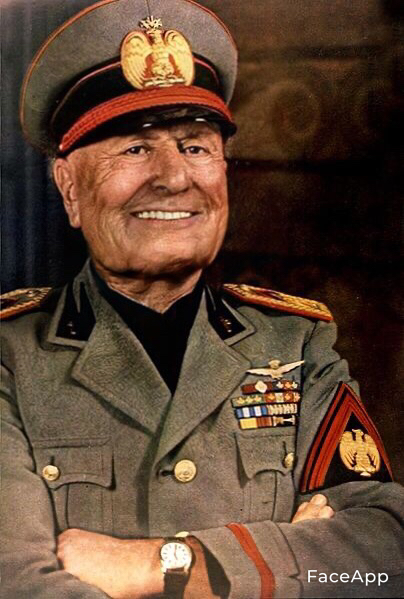 Houses of Jewish refugees in Libya in 1945.

Cover of movie Mississippi Burning (1988) starred by Gene Hackman and Willem Dafoe. It tells about two FBI agents who are sent to Mississippi investigating some Ku Klux Klan activities in 1950's. It shows brutality of KKK and rise of black militias. Movie was very succesful in United States and abroad altough some southern Freedomites demand boycotting of the movie due its being too pro-blacks. Naturally the movie was immediately banned in South Africa. 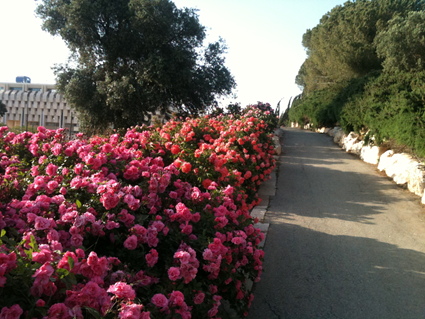 The Bulgarian roses of Jerusalem. Planted as a decorative element, these flowers now cover many streets if the city symbolizing the closeness between Bulgaria and Israel. 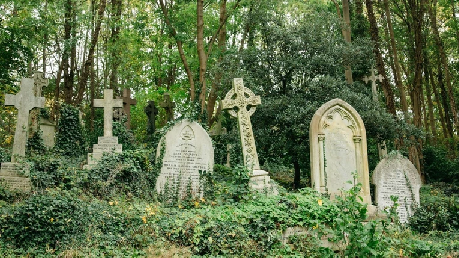 The alleged place where Karl Marx's grave once stood in Highgate Cemetery, London. After the fall of communism his body was exhumed and his grave was demolished, his remains were cremated and scattered into the North Sea. The cemetery was renovated and several tombs were relocated to erase the place where his grave once stood in order to prevent it from becoming a place of pilgrimage and worship for neo-communists.
Last edited: Jul 10, 2020 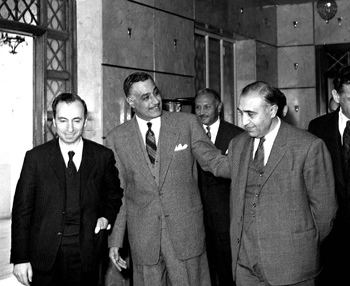 Leader of UAR Michel Aflaq. president of Egypt Gamal Abdel Nasser and leader of UAR Security Police and one of ring leaders of UAR Salah al-Bitar meeting in Baghdad only couple months before beginning of Second Arabian War. There has always been pretty strong rivalry between Aflaq and Nasser but publicly they tried pretend to be close allies. 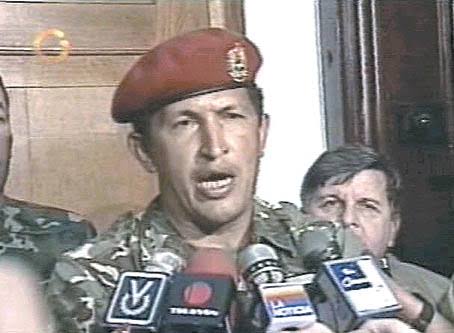 Venezuelan Commander Hugo Chavez being interviewed after a court audience in February 1992 when he was accused of Neo-communism.
He would eventually be found guilty of possession and distribution of neo-communist material, being sentenced to 10 years in prison. After being released he was stripped of his military ranks and retired from public life. 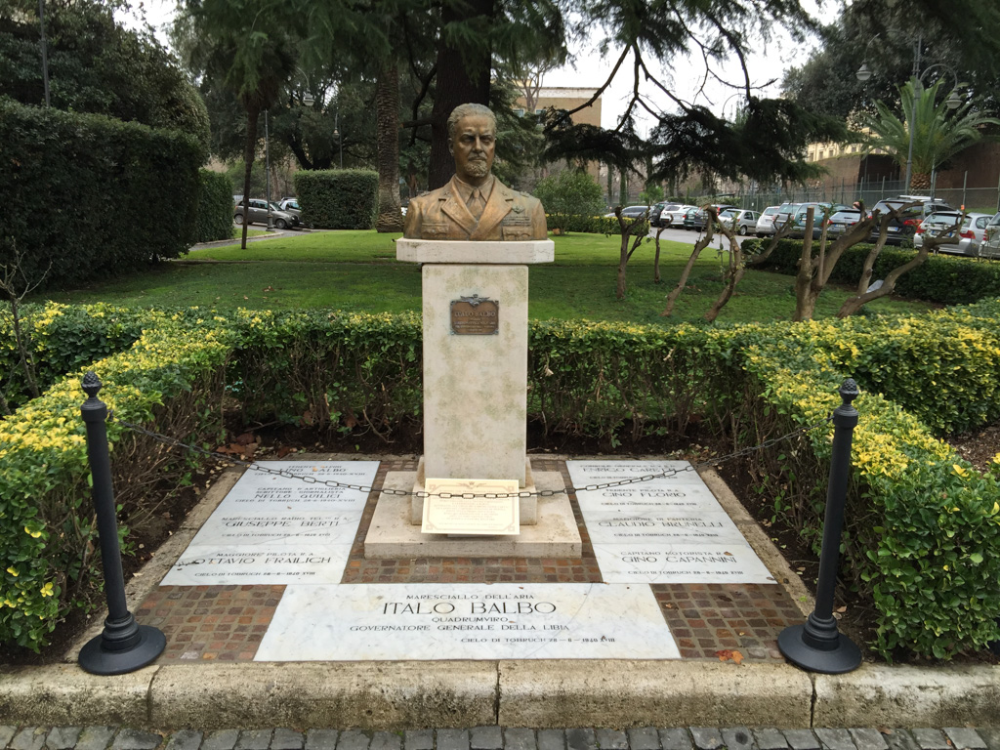 Italo Balbo's memorial in Rome. It was erected only four months after his assassination. Balbo is nowadays pretty controversial character in Italy. His approval rate is notably lower than Mussolini speciality due his war in Ethiopia. 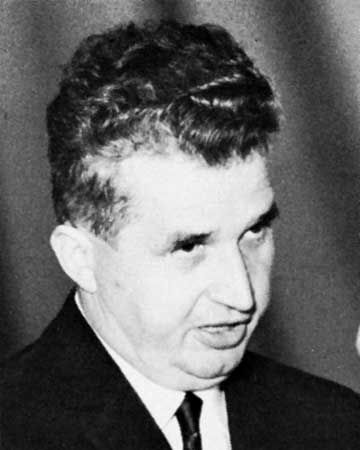 Romanian communist politician Nicolae Ceaușescu. He was long-timed communist activist and became leader small Romanian Communist Party in 1965. In 1972 Romanian government gave order to dissolve the party but Ceaușescu still continued his agitation and already in 1974 he was sentenced to prison for five years. Even after prison and several fines he continued to be leader of prohibited communist party and defended the ideology and denied many atrocities commited by Stalin. He too claimed that Soviet moon landing really happened and American, Brit and Italian ones were fake. Ceaușescu continued his activities until his death from heart attack in 1996. 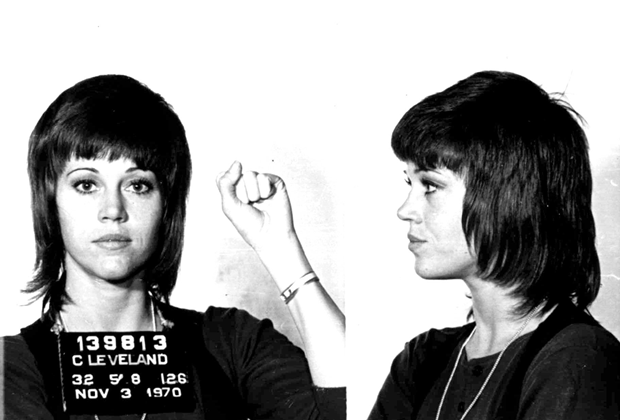 File of arrest of Jane Fonda, daughter of the actor Henry Fonda who emigrated to the United Kingdom after the implementation of anti-communist laws in the 50's in the United States.

Jane would be unmasked as a fanatical communist being detained in Cleveland County, this ruined her nascent acting career. She was sentenced to 6 years in prison for trying to create communist cells in the UK. After her release, she adopted a new identity and not much is known of her whereabouts, although rumors from the MI6 claim that her new name is Barbara. 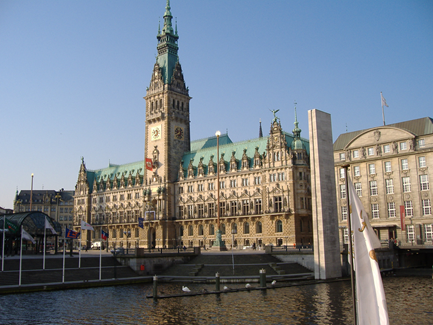 The Hamburg City Hall, on the right is the monument to the 1944 uprising and the victims of the Nazi chemical attack.

The modern inhabitants possess a strong sense of regional identity and pride for their city, having risen up against the Nazis and endured their terrible attacks. The city has a particular bond with Tel Aviv, both victims of chemical warfare. 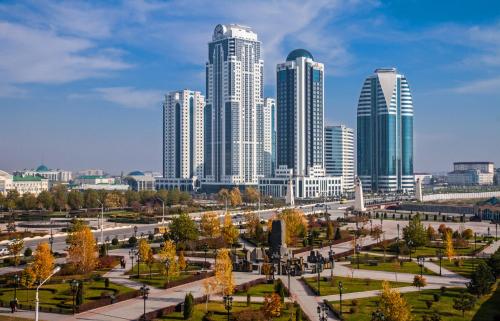 Sölƶa-Ġala, former Groznyi, capital of Chechnya in 2016. Chechens were expelled from their homes in 1944 and they were partially allowed return in 1956 but Suslov stopped this movement already in 1958 but he didn't expel them who were already returned to their homeland. Rest Chechens returned to Checnya in 1972. When Soviet Union collapsed Chechnya became independent nation. In the country was really strong nationalism and all Russian places got Chechen names and all Chechen abandoned Russian last names and adopted Chechen ones. Chechnya has been prety hostile towards Russia and Russians many years due their poor treatment. The country has got much of reconstruction support from China and Italy. Chechnya is anyway still quiet poor country. Altough Chechens are quiet devout Muslims they are still pretty secular and tolerate people. 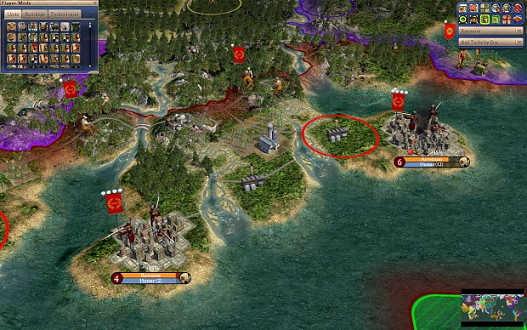 Screenshot from the Anglo market version of Civilization II (actually the third in the overall series).

The Civilization series (titled La Civilizzazione in Italian) started out as the first project of the ENIVP (Ente Nazionale Industrie VideoPassatempistiche), a state-owned enterprise meant to do what the ENIC did for cinema way back in the Thirthies, after the world of videogames had shown promise of being an equally functional medium for both entertaiment and "value diffusion". The first game, released in 2003, was a turn-based strategy game which put the players in the guise of a "civilizing spirit" meant to drive a human culture to spread all over Earth, competing against other groups for domination either on the battlefield or with culture, and was a mild success that was severely impeded by the amount of unsubtle pushes the game gave you depending on which civilization of the eight avaible* for which victory type to pursue, as well as an overly-bombastic intro that became subject of jokes, while the suspicious resemblance of the Barbarian Leader to Menelik II and the overall "East African-ness" of that NPC faction made it a no-go for export later on.

*= Rome-Italy (Julius Caesar); Anglos-England (Elizabeth I); Germanics-Germany (Arminius); Gauls-France (Louis XIV); Slavs-Russia (Ivan the Terrible); Shang-China (Emperor Yongle); Hiberians-Spain (Charles V); Huns-Mongols (Ghengis Khan)
Due to this lukewarm success, the ENIVP decided to sell the game's rights and to focus on other kind of games (they famously developed Legionaria, I Fieramosca, La Nuova Odissea and other such "hack'n'slahses" to much better success in Italy and mild appreciation outside), which lead to the acquisition by Castello di Rigoletto, a nascent videogame company with some Portuguese components. The second installment, La Civilizzazione II: La Marcia del Progresso , with improved graphics, new mechanics such as religions and land improvments, the new victory type consisting in reaching Alpha Centauri, and a larger roster* was released in 2009, and managed to get a tentative release in other countries in the following two years. The game was a smash success both at home and elsewhere, helped by the fact that some markets, like Spain or Germany, managed to get some tweaks to better represent the country.


Rome (Julius Caesar/Trajan); England (Elizabeth I/Churchill); Germany (Arminius/Bismarck); France (Francis I/Louis XIV); China (Emperor Yongle/Chang-Kai-Shek); Russia (Ivan the Terrible/Catherine the Great); Spain (El Cid/Charles V); Mongols (Ghengis Khan/Kublai Khan); India (Asoka Maurya/Shah Jahan); Italy (Victor Emmanuel II/Mussolini); Israel [Judas Maccabeus/Ben-Gurion°Orde Wingate (in Israel)]; Portugal (João II/ Alfonso VI); American Indians (Geronimo/Sitting Bull); Phonecians (Dido/Hannibal); Babylonians (Hammurabi/Nebuchadnezzar II); Egypt (Ramnses II/ Cleopatra VII); Gauls (Brennus/Vercingetorix); Atzecs (Montezuma II/ Cuahatemoc); Greece (Pericles/Alexander The Great)
Castello di Rigoletto expanded with time, and, in 2016, it released the third installment, featuring all civilizations from the past two games plus a few newcomers*, fully-voice-acted cutscenes and units (albeit in a way that was clearly done with an Italian-to-[Language] dictionary without any regard to foreing syntax), the Religious, Diplomatic and Monopoly Victory condictions, scenario with special rules, and much more, with expansions like Plus Ultra and I Signori della Guerra adding even more features and scenarios. This installment was the most successful yet, and sparked enough interest for people in other countries to want a re-release of the first game of La Civilizzazione, which was ultimately done in 2019, with improved graphics, a few gameplay tweaks, the possibility to mod it all, and several disclaimers about the game's content (disclaimers which were removed in the Italian version as a compromise for its re-release).