How realistic were von Papen's plans to invade Canada using “German cowboys” during the Great War?

Did you guys actually read the link in detail? There's so many gems, like

The German foreign office was sufficiently interested in this nonsense to pursue the matter further. Of particular interest to them was the question of whether the traditional garb of the cowboy could be construed as a uniform. Their legal department researched the problem and decided that it could not possibly be considered a uniform under the definitions of international law. It was then suggested that badges of rank and regimental insignia be affixed to these outfits on crossing the Canadian border, thus in a flash converting work-clothes into military uniforms. Much legal expertise was devoted to this tricky point, but in the end cooler heads prevailed. What the Germans never seriously questioned was the possibility of finding 650,000 volunteers who were prepared to attack Canada, which showed their complete misunderstanding of the realities of North American life.
Martin Kitchen: "The German Invasion of Canada in the First World War", The International History Review, Vol. 7, No. 2 (May, 1985), pp. 245-260, (For the complete sad story of ambition: jstor
Click to expand...

Strategos' Risk said:
Did you guys actually read the link in detail? There's so many gems, like
Click to expand...

I'm imagining something akin to And Starring Pancho Villa as Himself, just with German accents and further north.

gladiator8085 said:
Not a chance. Even less than talking Mexico into attacking the USA
Click to expand...

By light years. I mean it's a great way to loose an army and ships.

It's not like they are going to just sneak across the Atlantic and stuff. Unless they plan to invade baffin Island and claim victory, there is alot of Canada with nothing in it.

People get drunk and scribble out project plans to look busy, not to really be taken serious. Yes heir majesty as yiu see I have made all of these battle plans.. Denmark, Sweden, France, Russia, Siam, and Canada I just finished last night after a few pints at Hans beer Garten..

This would make a great ASB story

The Canadian military and politicians were actually afraid of German forays across the border from neutral America. The invasion in the OP is of course impossible, but more sabotage could have been affected.

Michael Hadley and Roger Sarty shed new light on Canadian and German history -- and on Canada's naval defences in particular -- by exploring the naval operations and politics of both nations between 1880 and 1918. Beginning with Canada's feeling of "Splendid Isolation" and Germany's imperial...
books.google.ca

Fixed it for you.

They could have pulled it off sometime after 11/11/18. After all, once the armistice is done who would notice a bunch of armed people in reparations crates bursting out and taking toronto?

Strategos' Risk said:
Did you guys actually read the link in detail? There's so many gems, like
Click to expand...

650,000 volunteers?! Maybe the German Embassy in DC was going to place ads in the papers? Can we throw in a zeppelin or two?

This has me thinking of The Wild Wild West or The Adventures of Brisco County Jr.

Coiler said:
Sounds about as plausible as the Libyan-Palestinian invasion of Ireland in Mike Lunnon Wood's Dark Rose.
Click to expand...

Wait, what?! A Libyan-Palestinian invasion of Ireland?!

To me, the funniest thing isn't the plan itself, because the Zimmermann Telegram shows that the Junkers were always crazy itching for war. It's that the military command got into a debate about how to best represent the cowboy costumes as uniforms to follow the rules of war, because you know, German strictness.

Also from the link:

Tangential: German plans for invading the United States were drawn up as emperor Wilhelm wished since the 1890s. In this case for Canada, the first war-time idea as in question here was submitted to the German foreign office on 29 August 1914 by Emrich Herzog from Vienna. The Germans called Vienna immediately to inquire about this unknown man and the answer was that Herzog was known as a delusional patriot, "constantly pestering officials with unrealistic ideas" and that he was best ignored. What Vienna thought crazy, Berlin called it creative.

On November 10, a Mr Wirth from Munich wrote likewise, claiming to be an expert on North America as he had spent time in Canada. He fantasised that a US based invasion of Canada would be easy, as that would meet the approval of Americans, especially Irish-related, and that already 100000 German army reservists would stand at the ready in North America with 250000 easily to mobilise. Adding to those two numbers the assumed 300000 Irish rebels we arrive at the fantastical 650000 jubilant troops. All what would have been needed then was ordering the chief of operations in Washington von Papen to do that and give him the funds to start action.
Click to expand...

I guess Karl May really informed an entire nation about what the West was like. Even more insane if you consider that his novels were also formative for the psyche of Hitler.

Dilvish said:
650,000 volunteers?! Maybe the German Embassy in DC was going to place ads in the papers? Can we throw in a zeppelin or two?

This has me thinking of The Wild Wild West or The Adventures of Brisco County Jr.
Click to expand...

Men looking for Men for role play
.
Must like cold, polar bears, Canadians.

Clearly Von Papen read at least one too many Westerns..... while doing very heavy drugs.

Barry Bull said:
Wait, what?! A Libyan-Palestinian invasion of Ireland?!
Click to expand...

Snap
I could read it on Kindle for free but should I bother?

Hell, this can bring America into the war earlier.

Why is it that so many Germans have always been so deluded about North America?

Strategos' Risk said:
What the Germans never seriously questioned was the possibility of finding 650,000 volunteers who were prepared to attack Canada, which showed their complete misunderstanding of the realities of North American life.
Click to expand...

Actually looking at the frequency of threads popping up about the USA attacking (and annexing) Canada im not sure I would fault them for this particular point...

Emperor Norton I said:
If you mix this with the Zimmermann Telegram, I think it's basically the plot of "The Three Amigos".
Click to expand...

God I still love that film.

interpoltomo said:
They could have pulled it off sometime after 11/11/18. After all, once the armistice is done who would notice a bunch of armed people in reparations crates bursting out and taking toronto?
Click to expand...

My god the seven people who actually live in Toronto might be endangered. The capitol hut might even be burned and that thing took three hours to build. 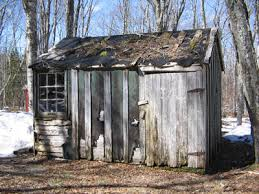 Picture of Canada's combined House of Legislature, home of Great Chief, and discount moose brothel.
Last edited: Feb 28, 2020
You must log in or register to reply here.
Top
Top