In a timeline where Persia loses its grip on the ancient world and allows for the Classical civilizations to prosper and begin the first stages of proto-industrialization, world events that take millennia for our timeline happen one after the other as the dominoes fall. As the cogs of the world turn faster, innovation rocks the world with gifts of prosperity and power, unlikely superpowers rise and tumble, and the inescapable reach of war leaves areas of the world uninhabited to this day. Giving way to the present day, the entire solar system is changed and completely unrecognizable to us, where the antiquity weaves incredibly with science and chances are unlimited to anyone...

​
Hello everyone, and welcome to the GBWCP: The Pantheon's Engine! This is a necro/refresh of the former Great Big Worlda Collaborative Project, the details of which you can see in this here post. The creator, @Bicentius , shall still be the spiritual overseer of the project, but we will now have more leads in the project, with them being @mikroraptor, @XFE, @Pen, and I. We have also extended out to other communities to scope out potential contributors, as well as setting down a to-do list, with a complete overhaul of the Discord.

To quote Bicentius on the previous OP:

"So I've recently come across several worlds/pixel maps that have a lot of different elements. I think there isn't a specific classification for them but here are the examples:

These two are from Mr. Imperator Roma over on deviant art. 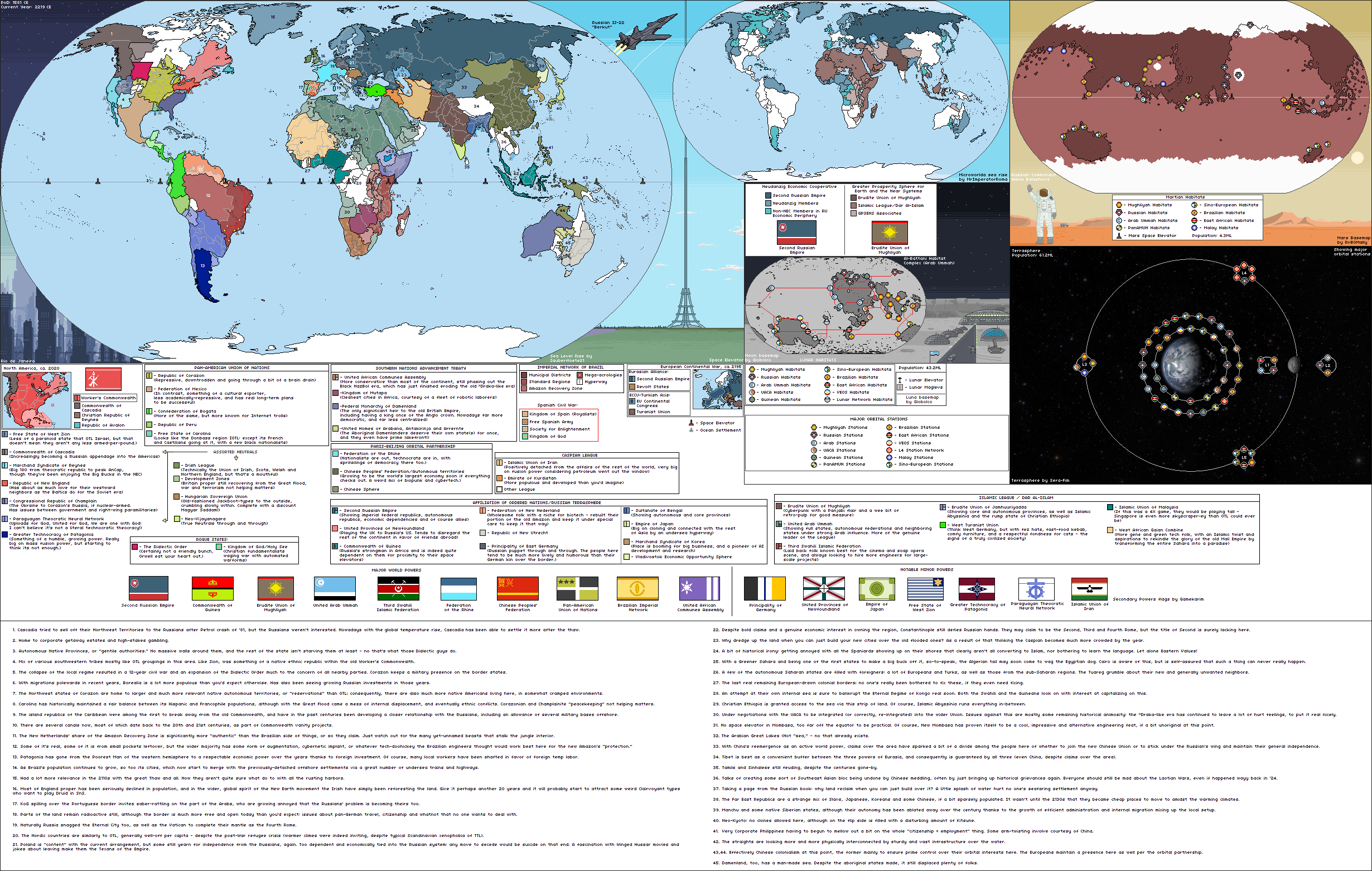 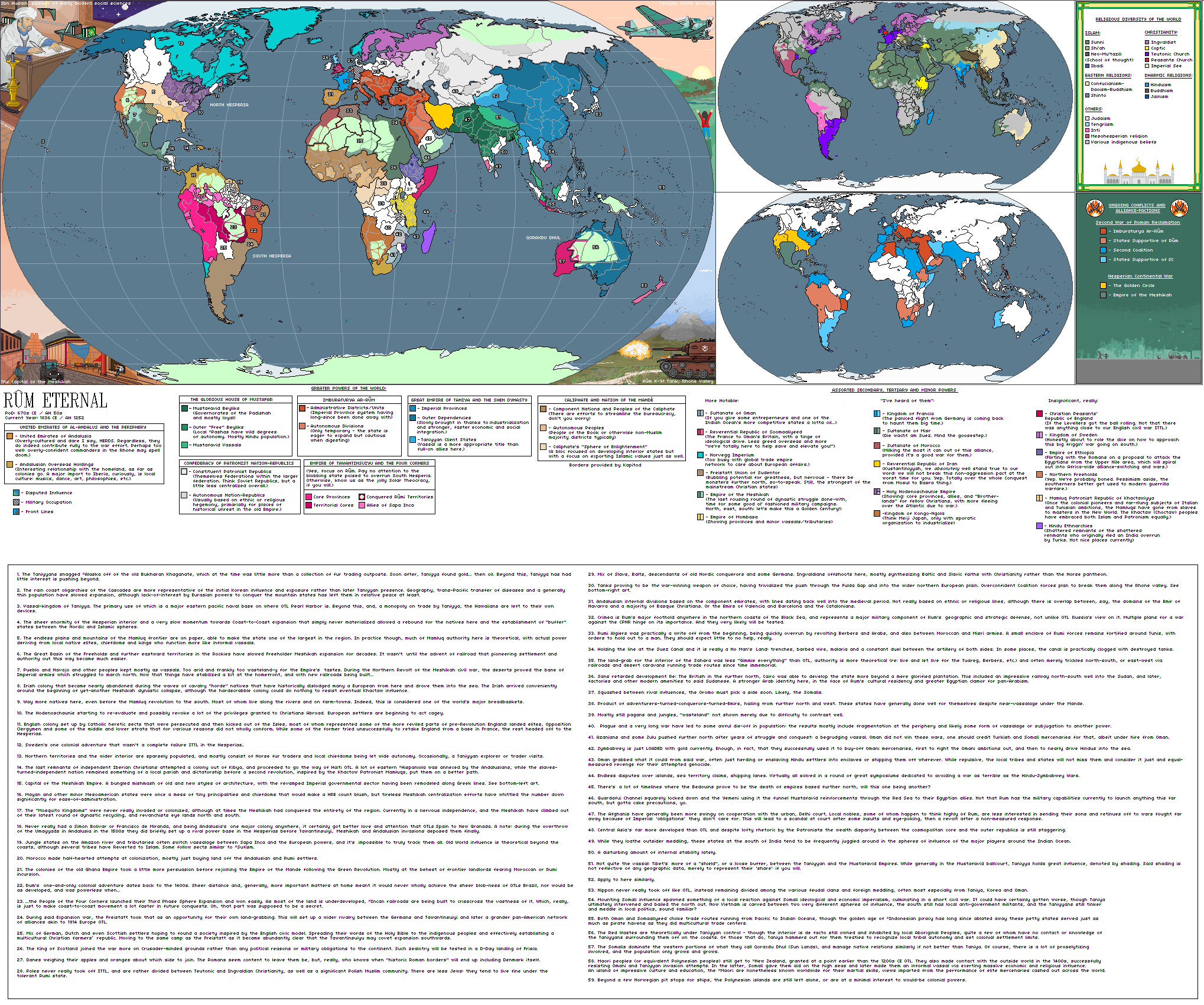 And this one is from @rvbomally 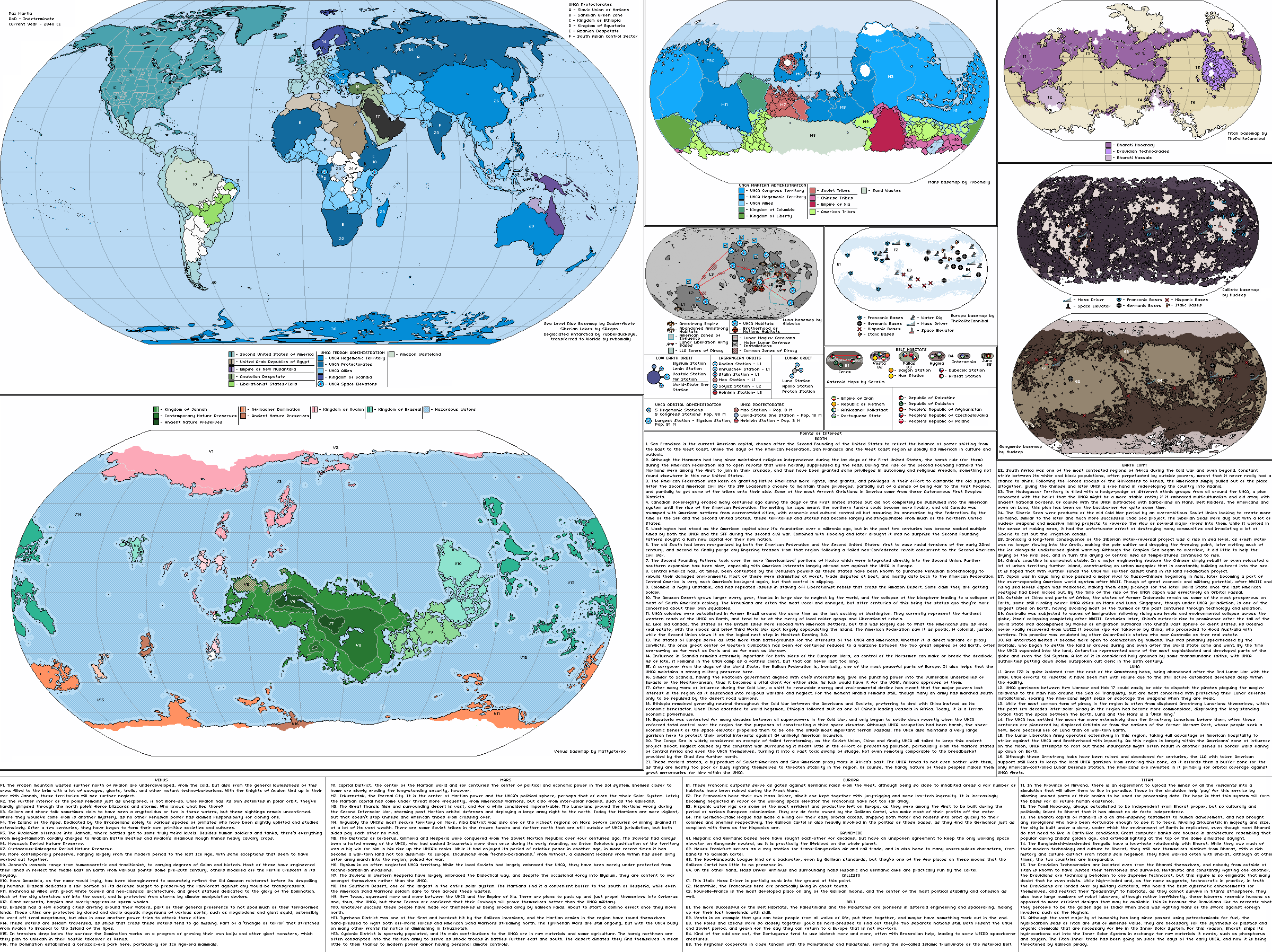 I really like these sorts of map compilations and I think they add an immense level of structure and clarity to oneshot scenarios, especially those set in the future. I don't know how many people would be interested in this, but I'd like to make a pixel/worlda map collection that is as large as possible. Multiple worlds, asteroids, moons, planets, terraforming, sea rise, micro worldas for religion, culture, alliance systems etc. "
Click to expand...

The project's premise is "WI Centers of technology, culture, and political Power are equally spread across the world?" with the POD being somewhere in the 1st millennium BC in the Middle East, with a cyberpunk theme to everything, and will have space lore as well.
The current project's goal is to make a detailed Earth & Moon WorldA with notes and pixel art, with a Mars maps following close. If those are successful, we can then move on to the other celestial bodies, and finally the wormhole worlds.

If you are interested, please PM @XFE or me for a discord invite! As mentioned before, we have a lot of non-AH.com lads, so this thread will mostly be for updates on the project, insets, and supplementals, with some limited conversation. The discord will be our primary hub of communication.
Last edited: Jun 4, 2020

This really is picking up steam


Yes I am indeed stealing funny comedy from the discord

Pen said:
This really is picking up steam


Yes I am indeed stealing funny comedy from the discord
Click to expand...

Apparently the discord link wasn't working, which was my fault. I have updated a hopefully longer lasting discord invite.
Nations of the Confed. Dominions of Nisosia

An inset for the formerly Hellenic colonies of Nisosia (ATL Madagascar), the Hellenic CDN. Whilst the northernmost part of Nisosia is forcibly given to the Nusantarans in a prolonged war, current life in Nisosia is pretty well, with them contributing their own little part to the space race as of current in the form of two satellites orbiting around Io.

Can I contribute in any way shape or form? I don't really use Discord but I can do the Middle East and/or Anatolia

BlackCataphract576 said:
Can I contribute in any way shape or form? I don't really use Discord but I can do the Middle East and/or Anatolia
Click to expand...

Indeed you can! Unfortunately, our main mode of communication is in Discord, where the main map furnishes and lore are being built, so you’ll have to create an account for it and/or join the server.

Hey, I got an invite but never got time to answer! I'm currently somewhat busy but I'll join the discord server soon!
Evolution of the Dynasty of Chu 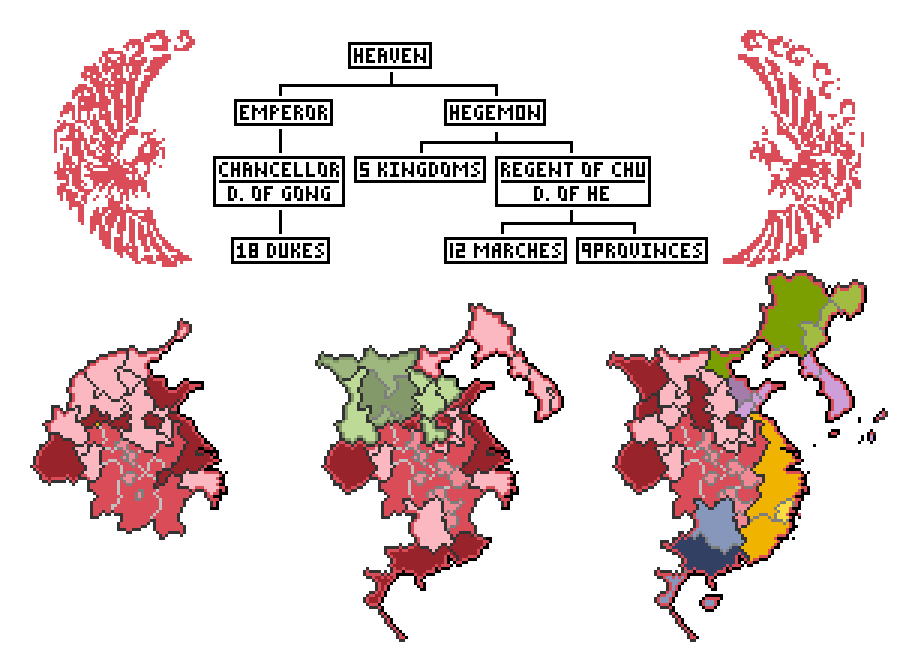 Egypt, Ægyptus, Khemet. By whatever name you call it, the empire of the Nile is one of the most important nations in history. Many thousands of years ago it was formed, when the Pharaoh Narmer united the statelets that had formed along the river. Egypt would be a major regional power throughout the ancient world. But like all great nations, it would not last in the same form forever. Constant invasions weakened Egypt. Nubians, Assyrians, even the Babylonians for a short while. All came and laid waste to a once glorious nation. Then, a Greek general, Ptolemy, saw how much Egypt had been weakened by corruption and invasion. Ptolemy assembled an army, and swiftly took over Egypt. But Ptolemy I was not there to conquer and pillage like so many other invading armies. He was crowned Pharaoh, in the Egyptian tradition, and he made many reforms to restore Egypt's position as a great power. He encouraged art, science, culture, and massive building projects. Eventually, because of these policies, a new technology emerged in Egypt first. The steam engine. Soon, massive ships made of wood and metal were using these engines to take them further than ever before, and make Egypt into a world power. But it was not to last. The Ptolemies were betrayed, and sent into exile, as the empire they worked so hard to build dissolved around them.
Now help us, the rightful government of Egypt, to restore the land of Khemet to its rightful place as ruler of all the land, sea, and stars! 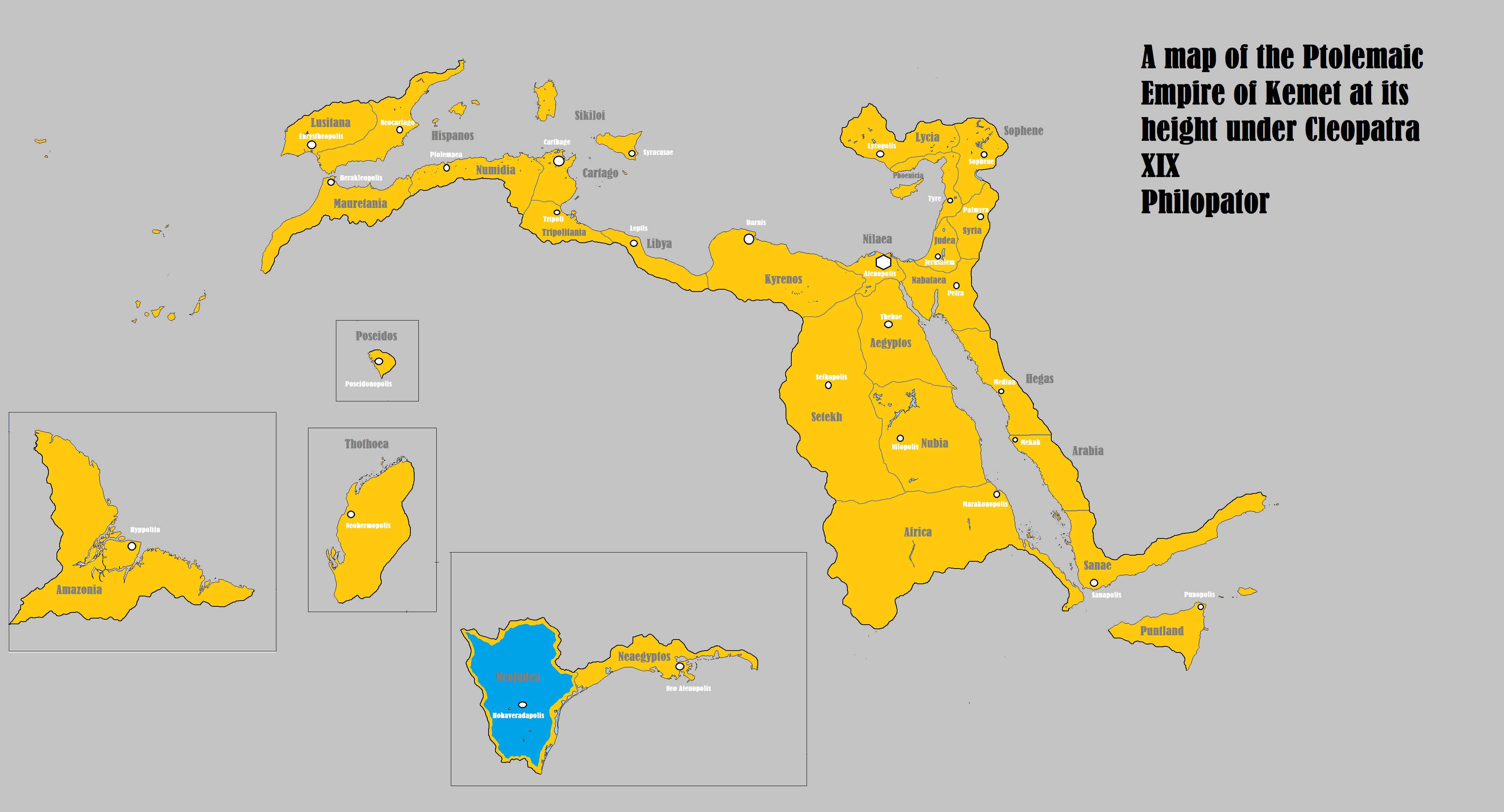 (Propaganda from the Egyptian government in exile)
This is a look into the history of the world of Pantheon's engine.
Last edited: May 20, 2020

Small preview of the legend of Arabia. 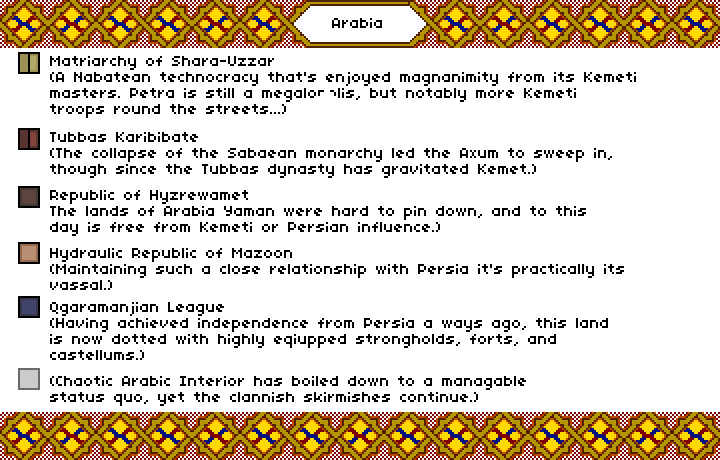 Spots are still open if you would like to check out the project; we right now need devs for much to Africa, South India, etc. We will also need planet devs once that comes up; pixel artists are also welcome as well, but if you would just like to join for chatting with the members that’s perfectly fine too.
Threadmarks
Reader mode
You must log in or register to reply here.
Top
Share:
Share
Top