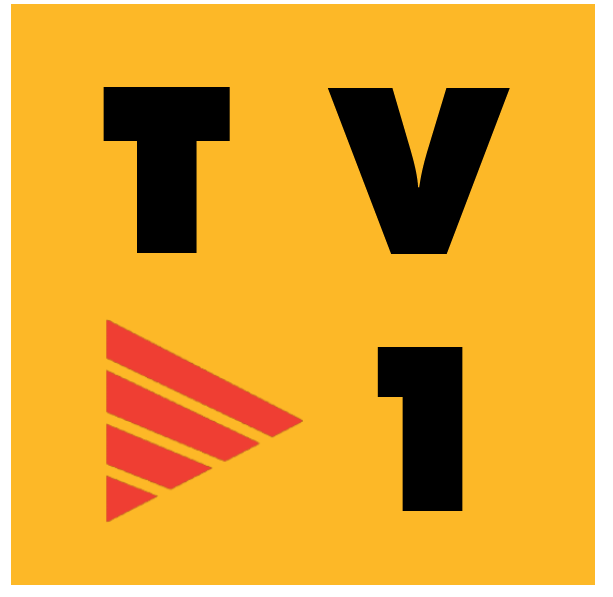 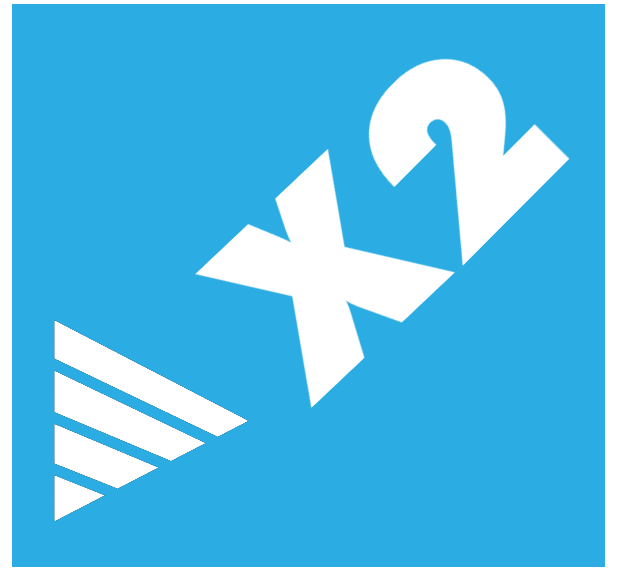 Sketch of a lower-class Haussmann apartment in 1965. Since the German victory during WW2, a lot has changed. Paris was voluntarily depopulated under the Pétain goverment, and then turned into a sort of luxury tourist destination by the Maurras government under mayor Le Corbusier. Amid the flats refurbished as hotels and the fancy residences for high rank collaborators and German officers, you find those miserable flats where five to eight retail workers, waiters and maids share dilapidated apartments. This is one of them, a drawing of a former living room turned into a bedroom for two of those lower class people. 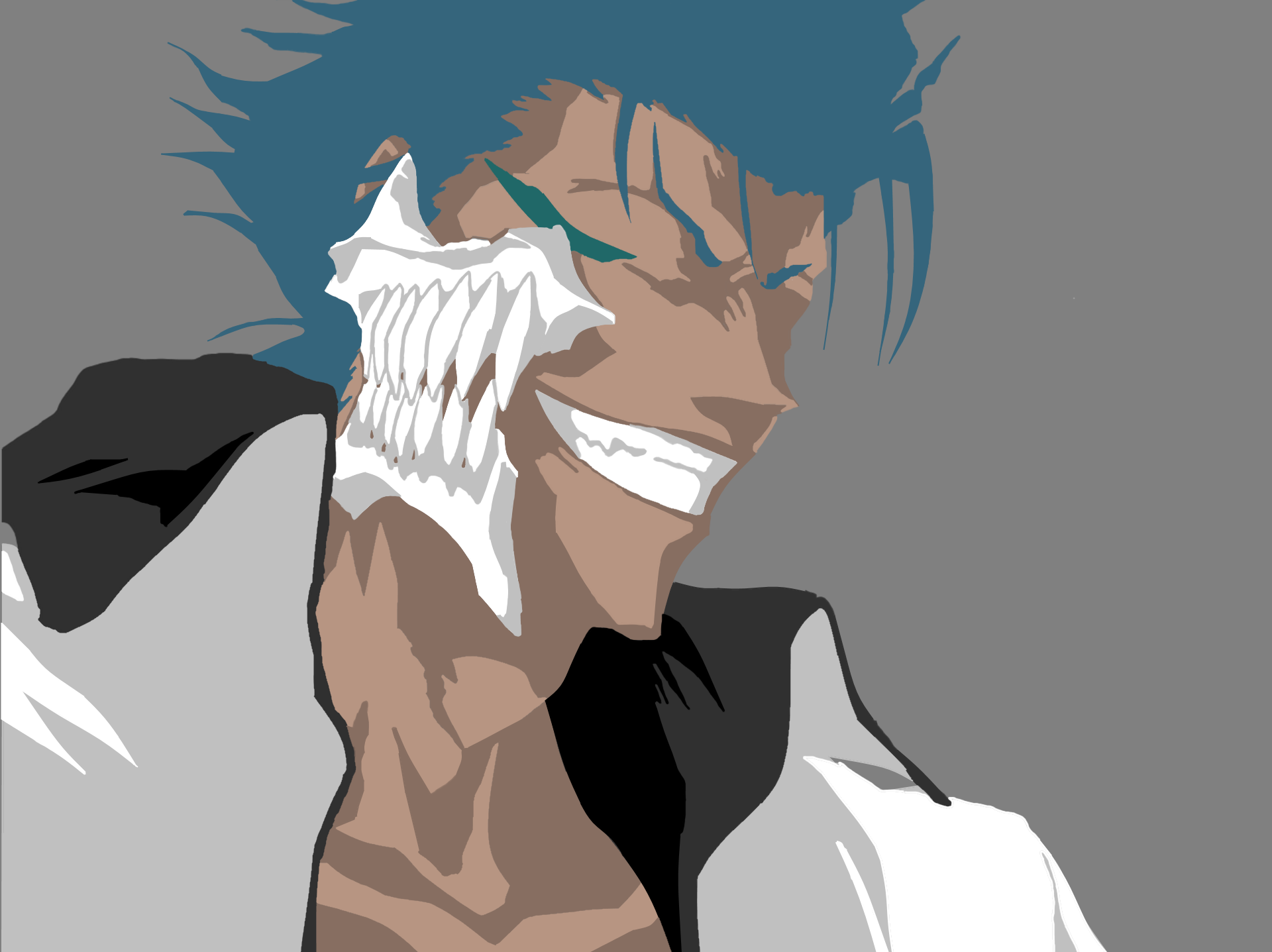 Here's some minimalistic vector art I made of Grimmjow Jeagerjaquez the Sexta Espada. He's an antagonist from Bleach. 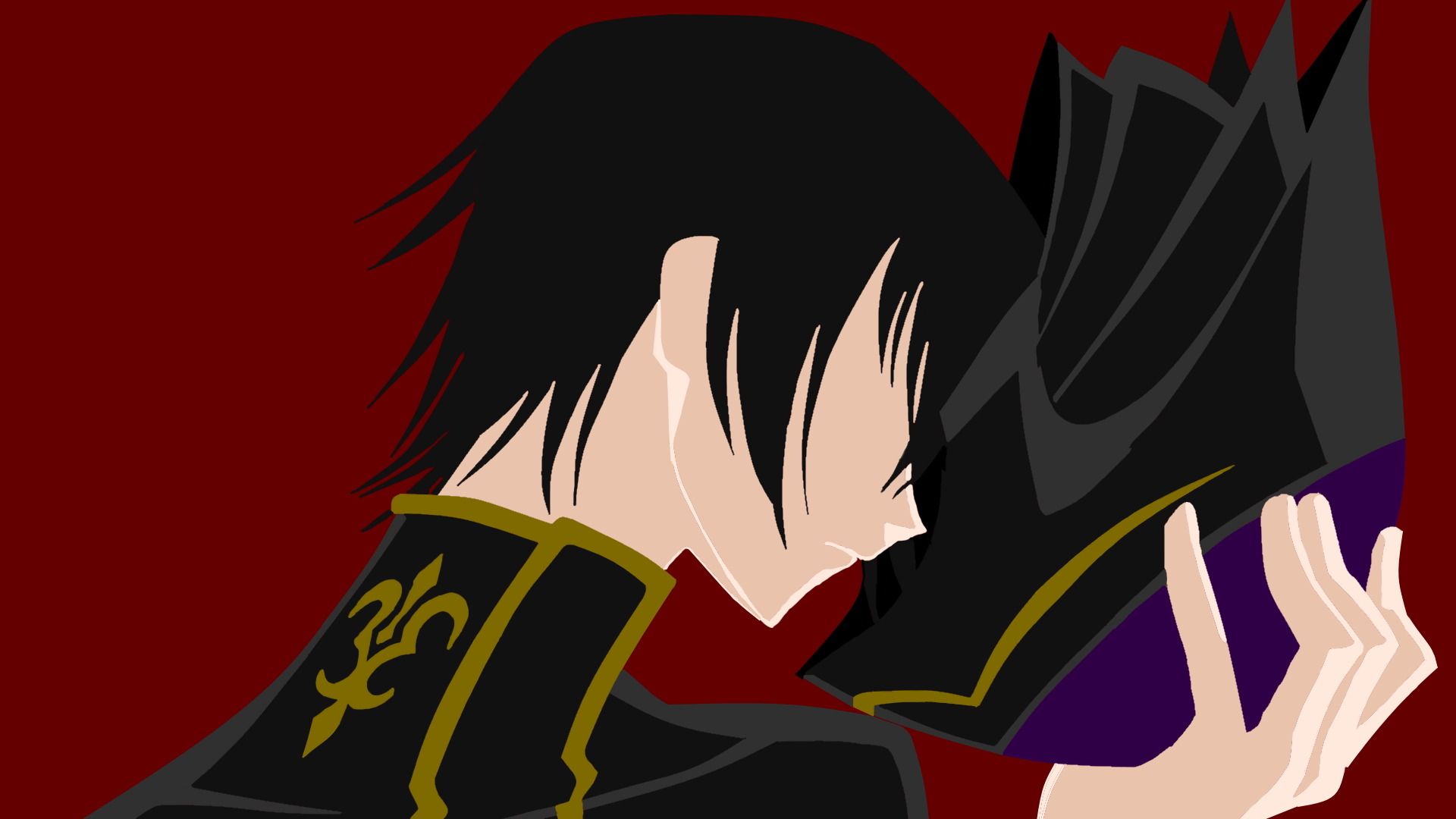 Here's a minimalistic vector art wallpaper I made featuring Lelouch from Code Geass. As you can see here he's holding his Zero Mask. 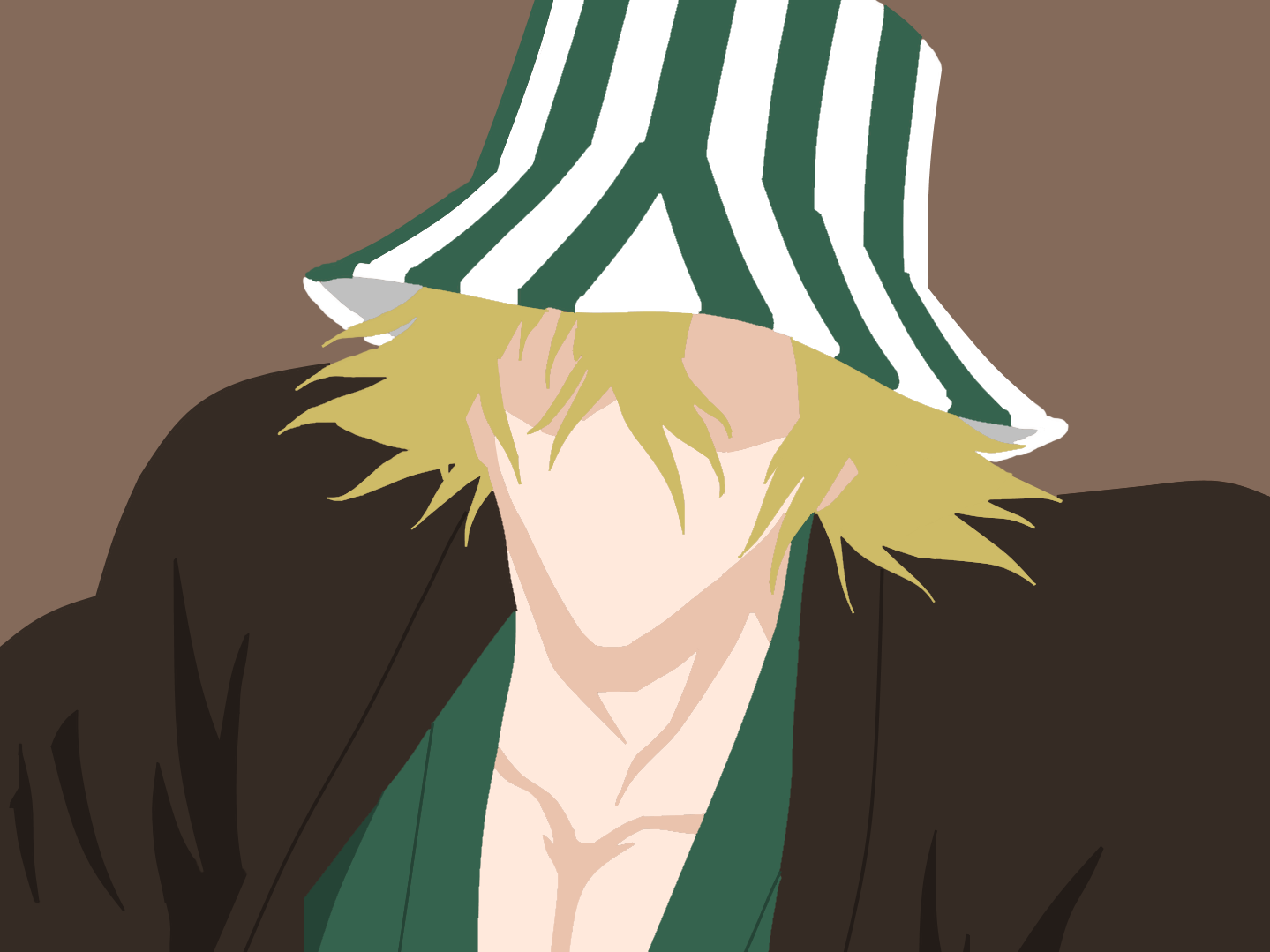 Some minimalistic art I made of Kisuke Urarhara a character from Bleach.
​
Here's some more minimalist artworks I've made over the last few weeks. What do you guys think?
I've also got a Deviantart page where I posted this and other art I've made if you guys are interested.

Full details on my DeviantArt​

Some minimalistic art I made of Kisuke Urarhara a character from Bleach.​
Click to expand...

I though that was the Minecraft streamer Ph1lza for a moment lol.

Stretch said:
I though that was the Minecraft streamer Ph1lza for a moment lol.
Click to expand...

I think he based it off of Kisuke Urahara. He did mentioned that he liked Bleach a couple of years ago.

A 'lil Hungarian standard bearer for a map I'm working on : ʌ ) 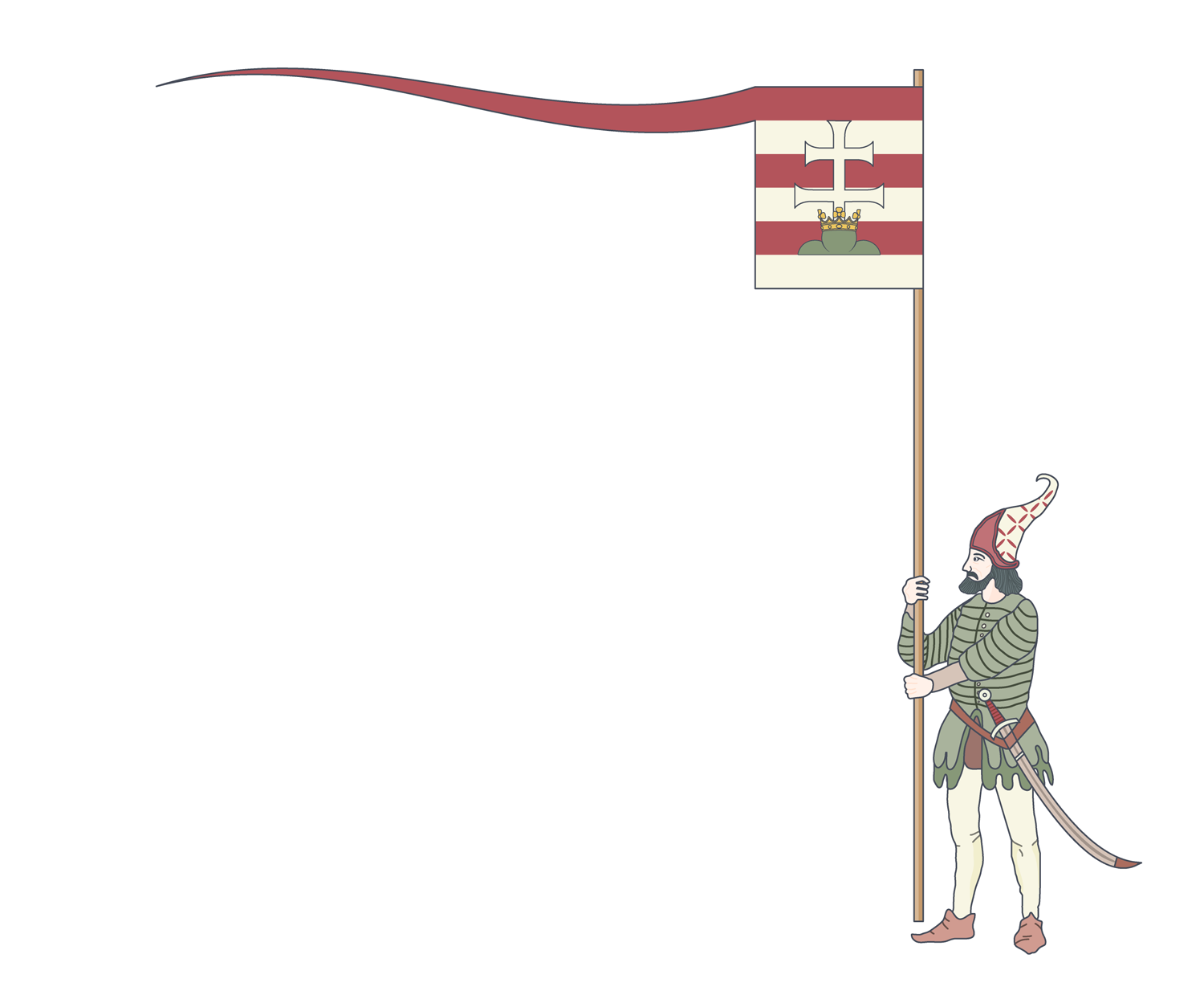 Still working on it (there's a whole other language family that's relatively disconnnected from these, but still exists in the same world, and the Elven languages still don't have dates tabbed yet, though they are broadly similar to some of the dwarven ones).

A relationship tree of the languages of the western and southern parts of the continent of Ovaicaea (a fantasy setting my wife created and I've helped her develop-- you've probably seen some maps of it in the Map Thread). Black lines indicate direct descent, dashed black lines indicate broken or fragmentary descent, and red lines indicate significant exterior influence from one language (family) to another. For instance, due to the dominant influence of High Elves in matters of law and literature, the Soltran tongue (old, vulgar, and otherwise) has exerted a pervasive influence of many other languages near and far.

Each language is also denoted with an OTL language that it would be transcribed with in "translation convention" for the sake of any readers. Like, elven in all likelihood isn't literally Medieval Italian, but sake of understanding it is represented by Medieval Italian.
Also next to them are dates; BE = Before the Empire, IA = Imperial Age/imperialis anno. In Western Ovaicaea, this is the conventional dating pattern, anchoring things to the foundation of the first Empire of the West.

It was long conjectured that Elven and Gnomish languages, while related, arose independently of the Dwarven and Ucralic human languages, which were themselves distinct from the languages of Gestrin and Aendrilad. However, careful study has shown not just a relationship between the dwarven and all Aendro-Ucralic languages, it demonstrates a common root from which the Elven languages also sprang-- implying that the surviving Elven and Gnomish dialects emerged only after contact with humanity, and did not significantly precede them. Given that the Elves arose autochtonously from northern Ovaicaea, and the humans were late arrivals only 13,000 years ago, this has put to rest many Elven claims of cultural superiority. Riots occurred outside the offices of the Imperial Language Institute, but the science was clear: humanity had a transformative effect on the native peoples of Ovaicaea, perhaps much earlier than previously believed... 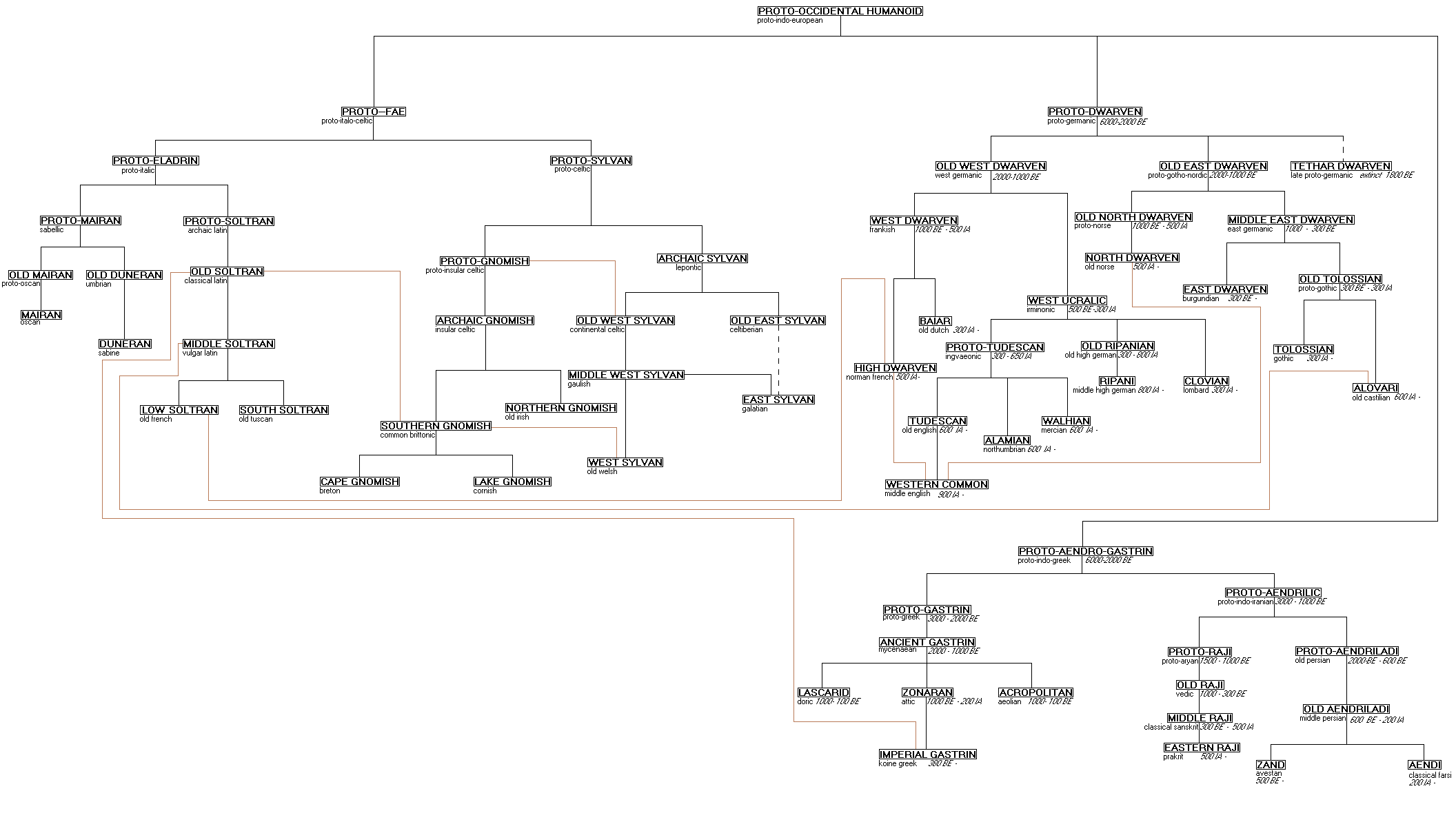 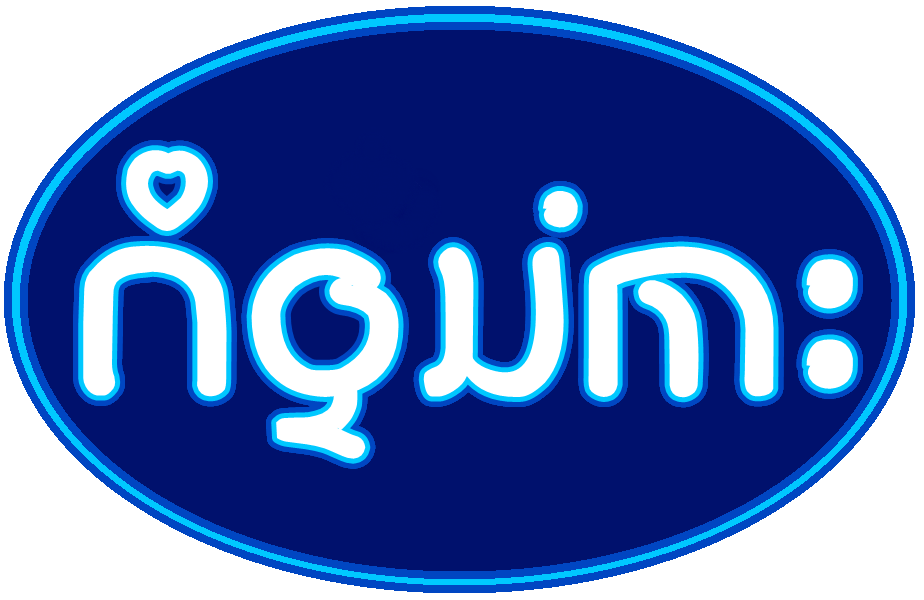 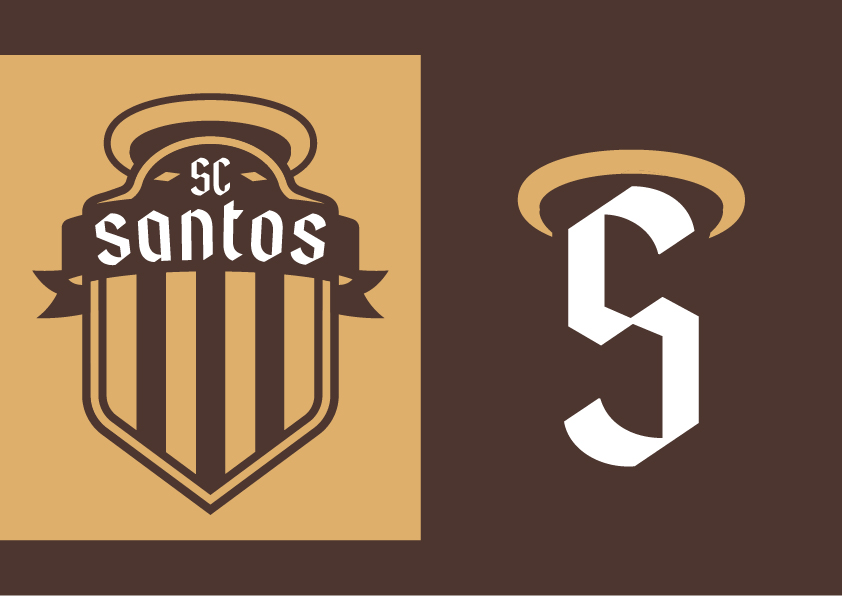 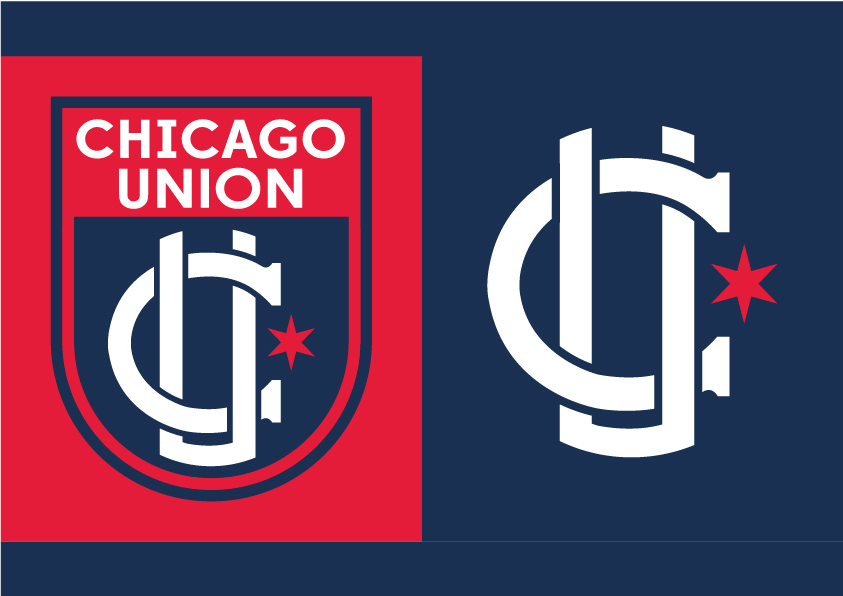 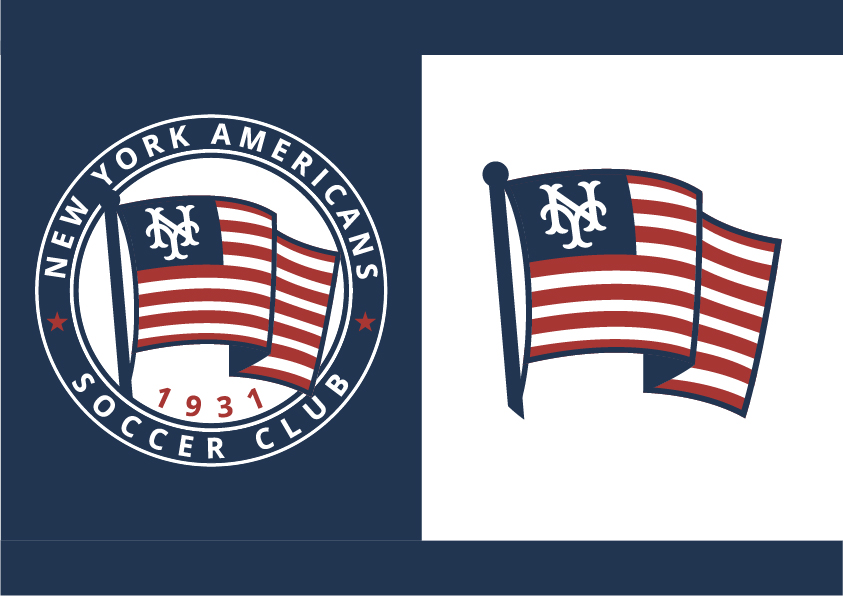 A Lonely Planet-like travel guide in my timeline, If You Can Keep It, detailing the jewel of Colombian Luisiana: the bustling metrople of San Luis! 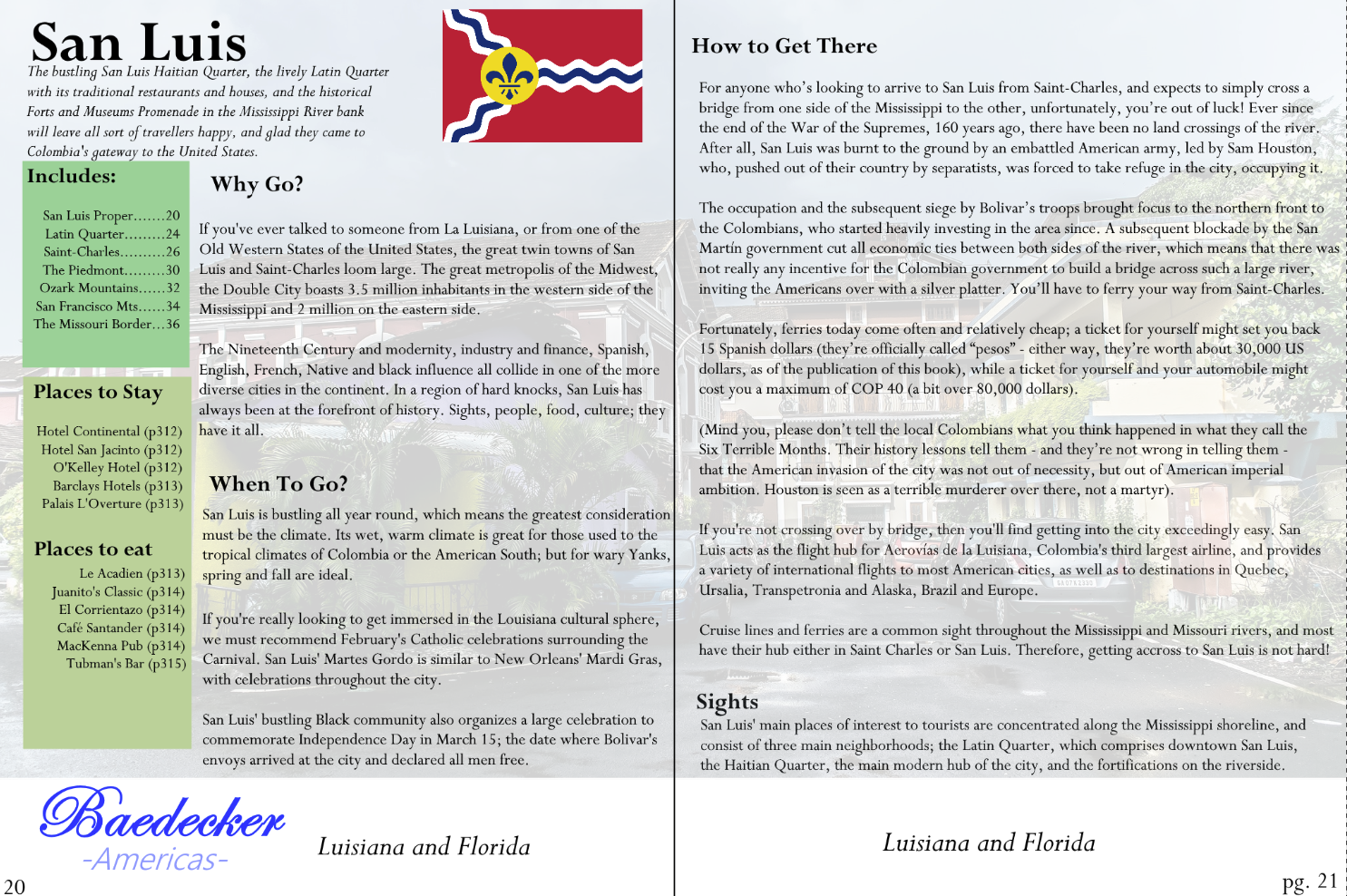 
Inspired by the famous work "Geming Jun" (the Revolutionary Army) written by Han Chinese nationalist and revolutionary Zou Rong. I think his theory is very interesting as Euranianism-like but ignored for a long time. In this book, he put forward that the so-called "Chinese nation contains three ethnic groups: (1) the Han people, including Han Chinese, Korean and Japanese; (2) the Tibetan people; (3) the Cochinchinese people, including various of ethnic groups living in Southwest China and Mainland Southeast Asia. The nation-state of Chinese people was called "the Chinese Republic"(中华共和国; Zhonghua Gongheguo) which will be a presidential constitutional republic.
You must log in or register to reply here.
Top
Share:
Share
Top