Rosenheim said:
Trying out something new - copying the CIA's old World Factbook. This entry is from 1978, based off OTL 1981 Factbook (which was the oldest I could easily find). PoD in the mid 1800s, but there's an obvious butterfly net over Central America. Let me know if any of the Economic/Transportation info looks badly off, I made it looking at similar impoverished/war torn countries from the 1981 Factbook but I'm certainly no expert.

Basic background is that (now dead) President (Dictator) Alejandro Blancos Rios has led his country to the brink of ruin after holding power for around two decades. The last election was completely fraudulent, but even then saw surprising strength from the (tamed) opposition as Blancos had upset his remaining political allies by appointing his son as VP. The Legitimist Party is the standard caudillo conservative type, the New Constitutionalist Party are moderate liberals, and the National Republican Party is a new conservative force that has defected/fled from current President Blancos' rule (whose support, as the idiot son, is weakening by the day). Of course, the banned popular front (the APLN) didn't run in the election but there's a good chance they'd win the next one barring shenanigans. Said popular front would then probably collapse due to infighting, but possibly not before a coup or two by the rightists.

EDIT: Will probably fix it later, but the places where it says CPLA in the leftist revolutionary movements section should instead read PCLA (Partido Comunista de Los Altos).

Okay, here is the fixed version, with some graphical improvements (or rather, intentional imperfections) and further edits. Also available on my DeviantArt page, in a readable pdf format. 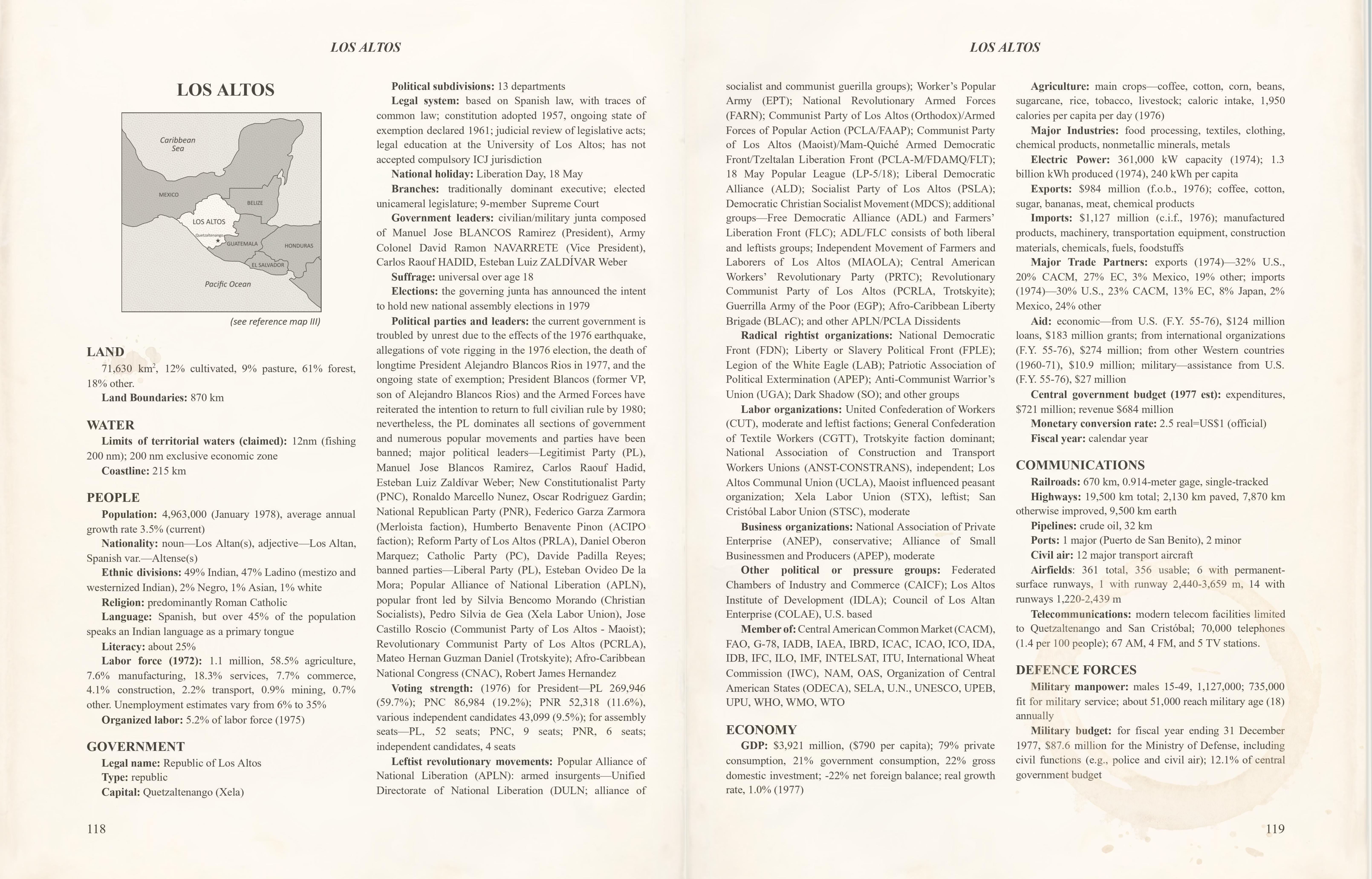 As another aside, remember that as this is a CIA factbook, it is also filled with both their and their informants' prejudices. So whenever you see "Trotskyite" next to a figure or party, you might want to ask yourself if that is how they see themselves or how they're described by other rival leftist groups. Or perhaps be suspicious when every vaguely socialist movement is listed under the revolutionary tab, despite a number of their "armed forces" simply being the peasants who have banded together to not be murdered by death squads.
Last edited: Feb 8, 2021

I am inordinately proud of this one, probably one of the best graphics I've made for my TL. 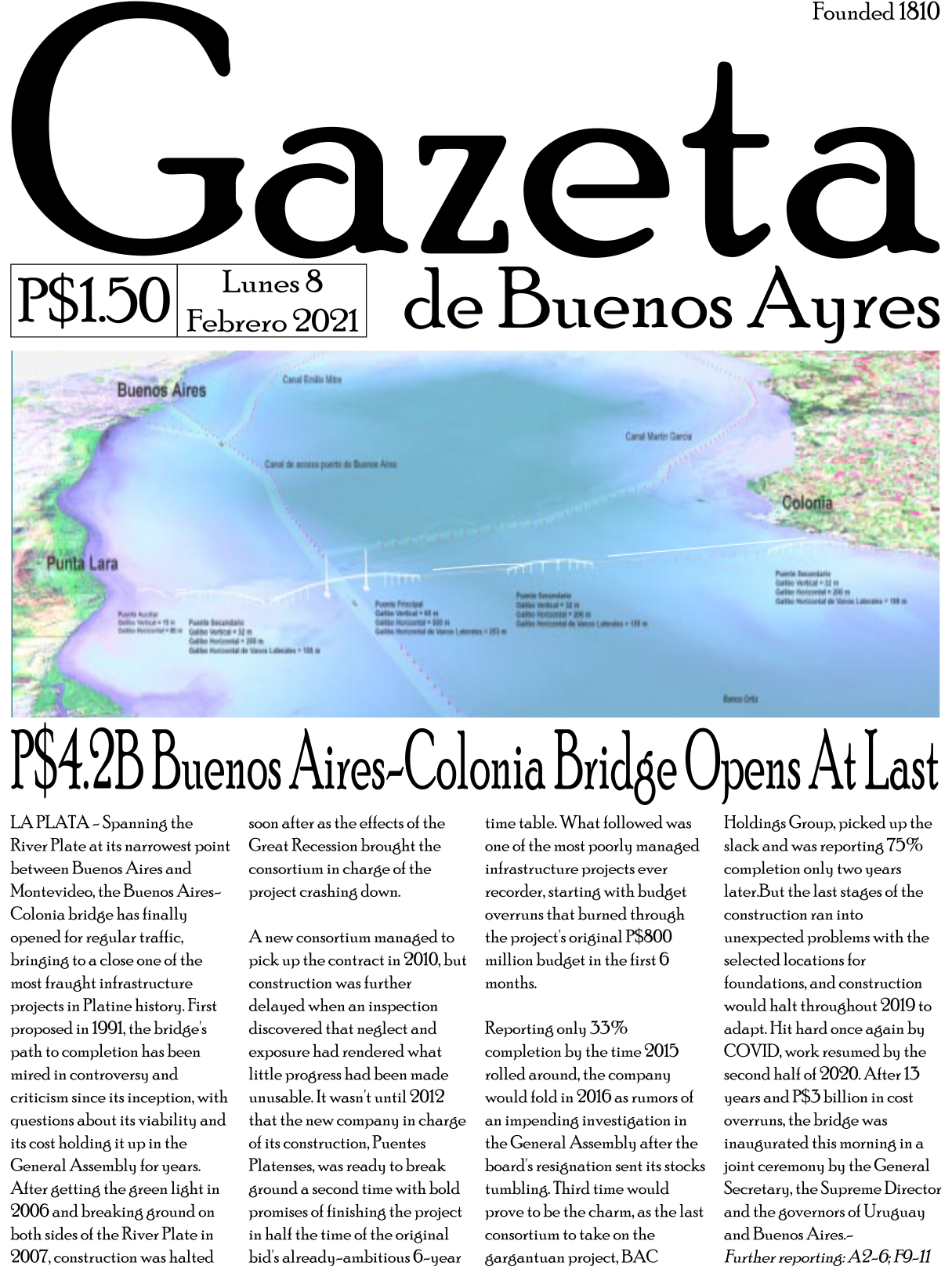 Donor
Poster I made for The Caretaker:

Latest update from my TL, Fear Nothing But God:


Basic Timeline of the Albic Military 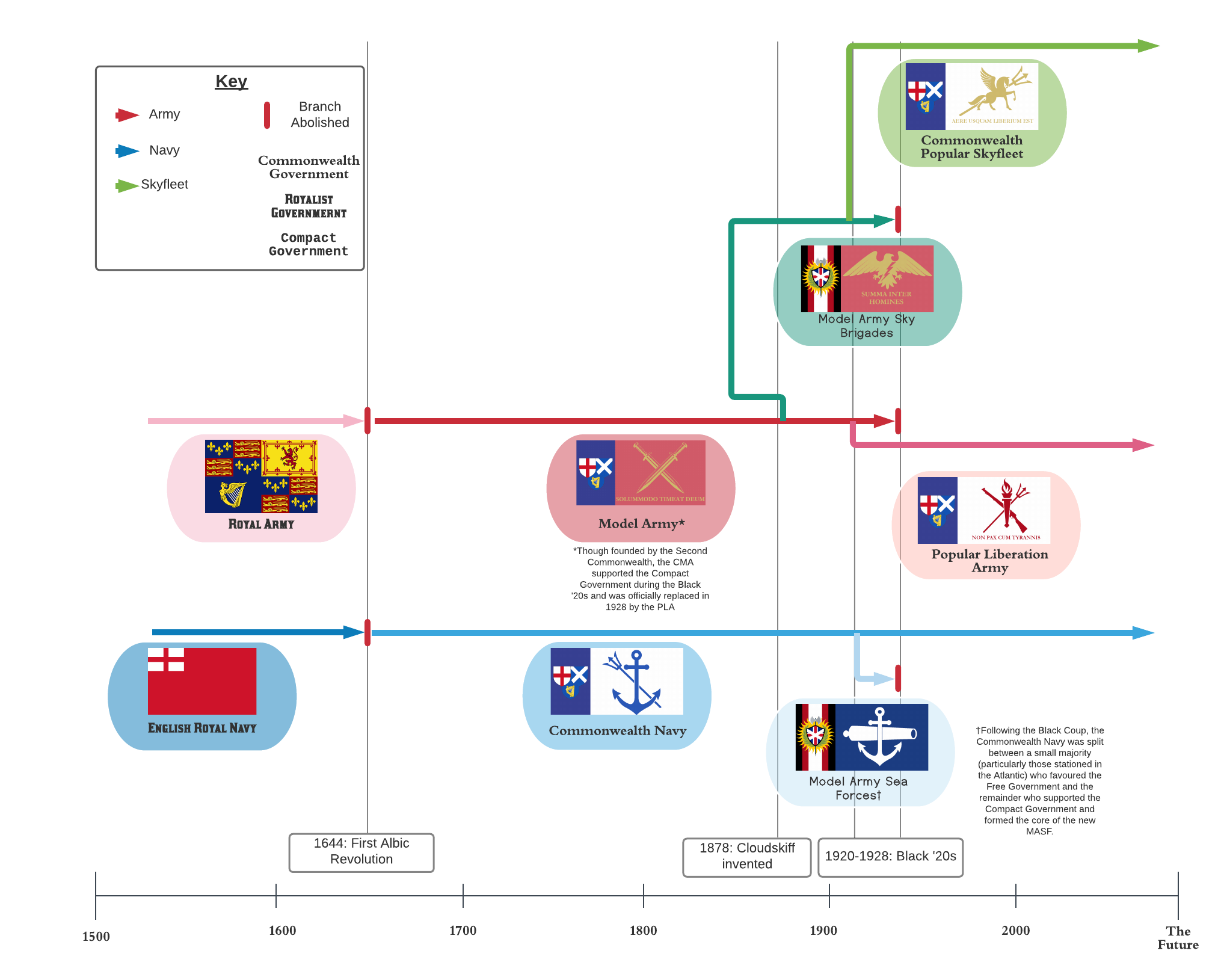 A cover I made for account of the biggest plot twist of 2016. Cheap graphic but yeah, you guys get the point.

As someone who mainly comes to this site for maps, apparently I've been missing out on some of the best content by not coming to this thread.

Inspired by the magnificent work of @machinekng , specifically the ‘Our Father’s Stars’ series, I thought I’d try my hand at logo-design. 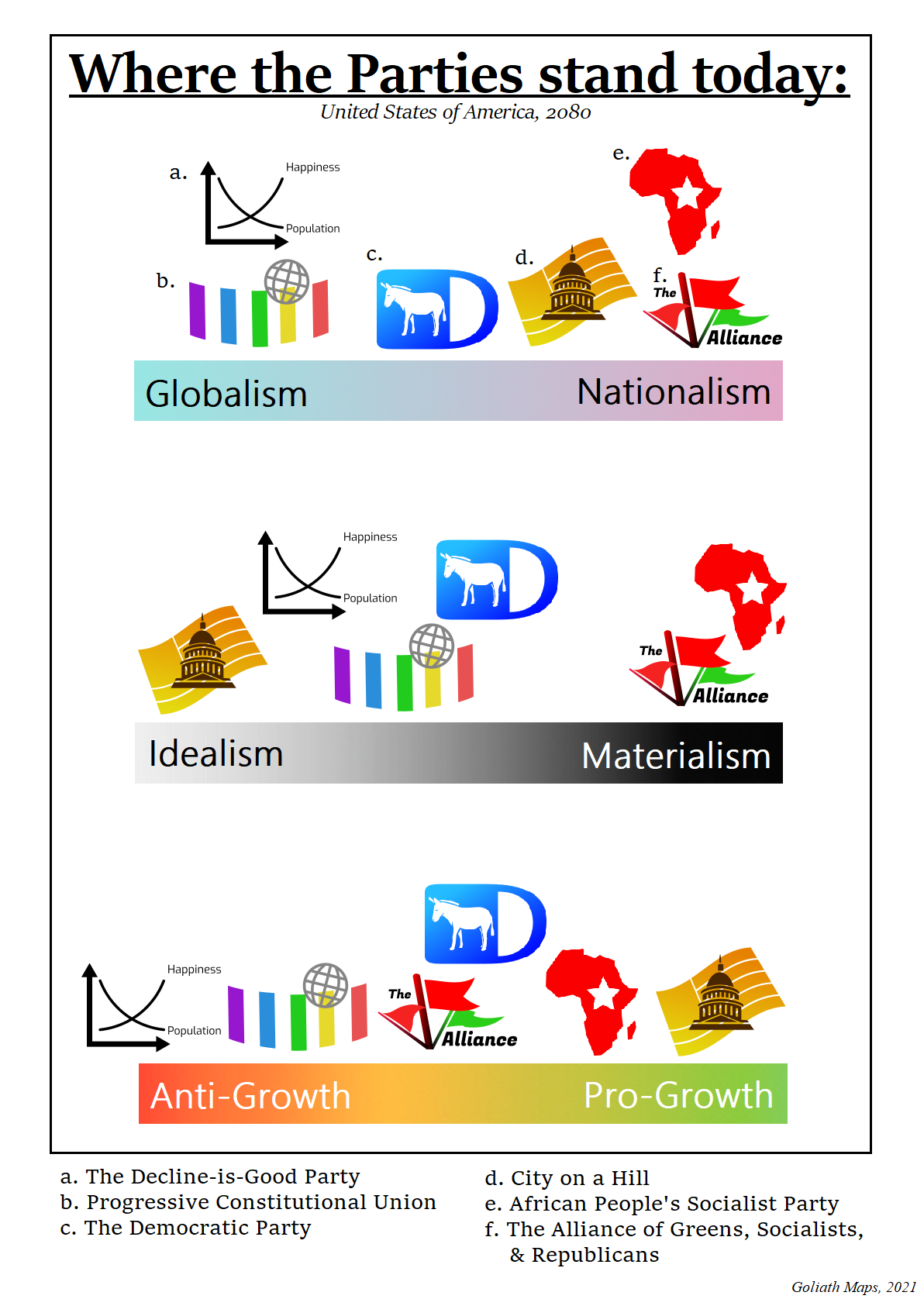 The year is 2080. The United States has undergone electoral reform, and there are now six parties represented in Congress. As ideologies and the issues of the day have changed, terms like ‘Left’ and ‘Right’ are increasingly ineffective in describing the differences between the political parties. Indeed, most in not all of the parties could be described The parties vary in their responses to three main questions.

What should America’s role in the world be? Since roughly the middle of the 21st century, the parties have been clearly divided along ‘Nationalist’ and ‘Globalist’ lines, with the former defending the primacy of national sovereignty, often to promote economic equality and social cohesion, and the latter arguing that primacy of the nation impedes collective responses to major issues like climate change or the free movement of people and commerce across the world.

What should the individual’s role in America be? Another division is between ‘Political Idealists’ and ‘Political Materialists.’ The former see politics as primarily an exercise in morality and argue that people should organize around universal values or abstract ideals, which are sometimes religious in nature. The latter view politics as an exercise in distributing resources and satisfying the material interests of different groups, arguing that vulnerable populations can only be helped by self-interest.

Where do we go from here? Though the U.S. population currently stands at 419 million people, the population has been declining for two decades now and experts predict that the U.S. will fall back to a “naturally stable population equilibrium” of around 360 million. The ‘Pro-Growth’ camp argues for population growth to expand the U.S.’s global relevancy, economic growth and technological innovation, and/or forestall the societal effects of an aging population. The ‘Anti-Growth’ camp has traditionally argued that manipulating the population would give the government undue power at the expensive of personal freedom and/or would come at great financial, cultural, and ecological cost. More recently gaining traction in the United States, ‘Degrowth’ argues that the government should actively encourage further population decline, seeing this as a moral imperative for human and environmental well-being.

This is my redoing of the script evolution diagram (yes, Indian-derived scripts make up two thirds of the width of the entire thing)

The latest propaganda newspaper in my timeline which kinda screws up with the US' development and turns it into a Latin American-ish nation, If You Can Keep It. We've gotten to see scummy Fascists blaming everything on Alexander Hamilton, and now we get to see scummy Communists blaming everything on Aaron Burr! Truly the dream of someone who was way into Hamilton in 2017.

(Kinda proud of how the title of this one turned out.) Logos of and infobox on Lemurian Ducal Airways and its subsidiaries, from the Countries of an Alternate World 2* map game (2012-2013).

The Grand Duchy of Lemuria is located in the southern half of OTL Madagascar and on the OTL Mascarene Islands.

The GDL is populated by people of Malagasy, Shona, other African, south Asian and European descent.

Mhambohangaiwa is an ATL term that translates to "henpigeon" and refers to the surviving endemic species of huge flightless pigeons, known in OTL as dodo. An aelofiacre is an ATL term, particularly in Gallian (ATL French) that is synonymous with our OTL "airtaxi".
Last edited: Sunday at 9:53 AM

Gillan1220 said:
A cover I made for account of the biggest plot twist of 2016. Cheap graphic but yeah, you guys get the point.
Click to expand...

not sure I get the point of the Philippines flag.

Marc Pasquin said:
not sure I get the point of the Philippines flag.
Click to expand...

I am from the Philippines and 2016 was the year our country elected a foul-mouthed president. Around the time of the U.S. Presidential Election, I was closely monitoring it and was in contact with my online friends and some relatives living in the States. We all know what happens next after wards. It's a Foregone Conclusion. Then on the 13th, I'd meet an awesome group of people that I only the spent the remaining five months with before I graduated college.

Because 2016 was the year of plot twists, I decided to call it Twists of Fall regarding all of the unexpected things that occurred that year and the fact the final shock that occurred to the world happened in fall. 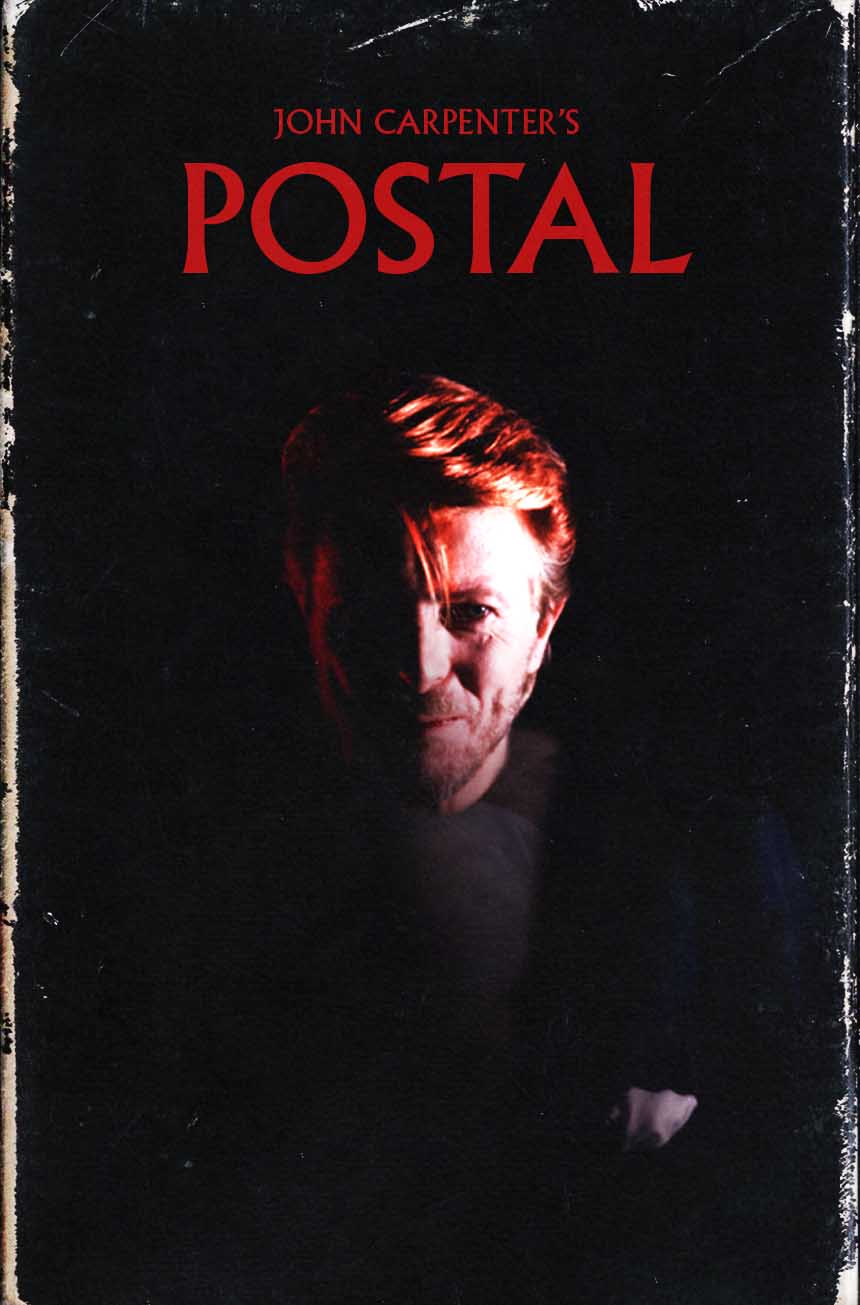 I don't know if this is the right thread but I wanted to present a work I produced a long time ago.

These are half-robotic, half-biological creatures resembling golems but with a more developed consciousness but still servile. They were used for policing, chores and the army in a very ancient civilization of a World of Fantasy. They measure three metres.
If you want more details I could answer you if I find my notes.

Comte de Dordogne said:
I don't know if this is the right thread but I wanted to present a work I produced a long time ago.
View attachment 627617
These are half-robotic, half-biological creatures resembling golems but with a more developed consciousness but still servile. They were used for policing, chores and the army in a very ancient civilization of a World of Fantasy. They measure three metres.
If you want more details I could answer you if I find my notes.
Click to expand...

1) How much of the labour force did they represent?
2) How popular were they amongst the people who made them?
3) Are they still used by modern peoples?

1) How much of the labour force did they represent?
2) How popular were they amongst the people who made them?
3) Are they still used by modern peoples?
Click to expand...

1) Difficult to answer, it is a civilization (the Regalian Civilization) having existed 10,000 years before the societies on which I centered my universe.
But they represented an extremely important part of it, being very powerful, servile and invincible creatures.

2) These creatures in the Regalian Civilization were not popular in the sense that they are recognized. But they were popular because they allowed a large part of the population to detach themselves from the work of effort. But it ended badly with the creatures rebelling and destroying the civilization from within.

3) The creatures survived for several millennia after the Regalian Civilization in the many successor states, but time, as well as the loss of knowledge and the many wars caused almost all of them to be lost after 10,000 years.
But modern civilizations have rediscovered old specimens in the ruins of the Ancient Times and have managed to understand and reactivate some of these creatures (and reuse the technology in their own societies).

Exclusive Interview: The Free State of Sabha’s
Martin Geoff on Sabha and Human-Trafficking

Exclusive Interview: The Free State of Sabha’s Martin Geoff on Sabha and Human-Trafficking

(The Mediterranean) - The Free State of Sabha has garnered notoriety over its lucrative human-trafficking schemes and the phenomenon of attracting western emigres to the war-torn country of Libya. Charlotte McLamb received the rare opportunity to speak with its leader - Martin Geoff, the man who's responsible for the formation of the state and its many atrocities and illicit activities.

The following transcript was recorded during a livestream session between her and the Chief Representative at The Mediterranean headquarters in Valetta, Malta. Following subject preside over the matters on human-trafficking and their various ventures over the region of Fezzan.

In honor of José de San Martín birthday, I've mocked up a commemorative bill in his honor from my TL: 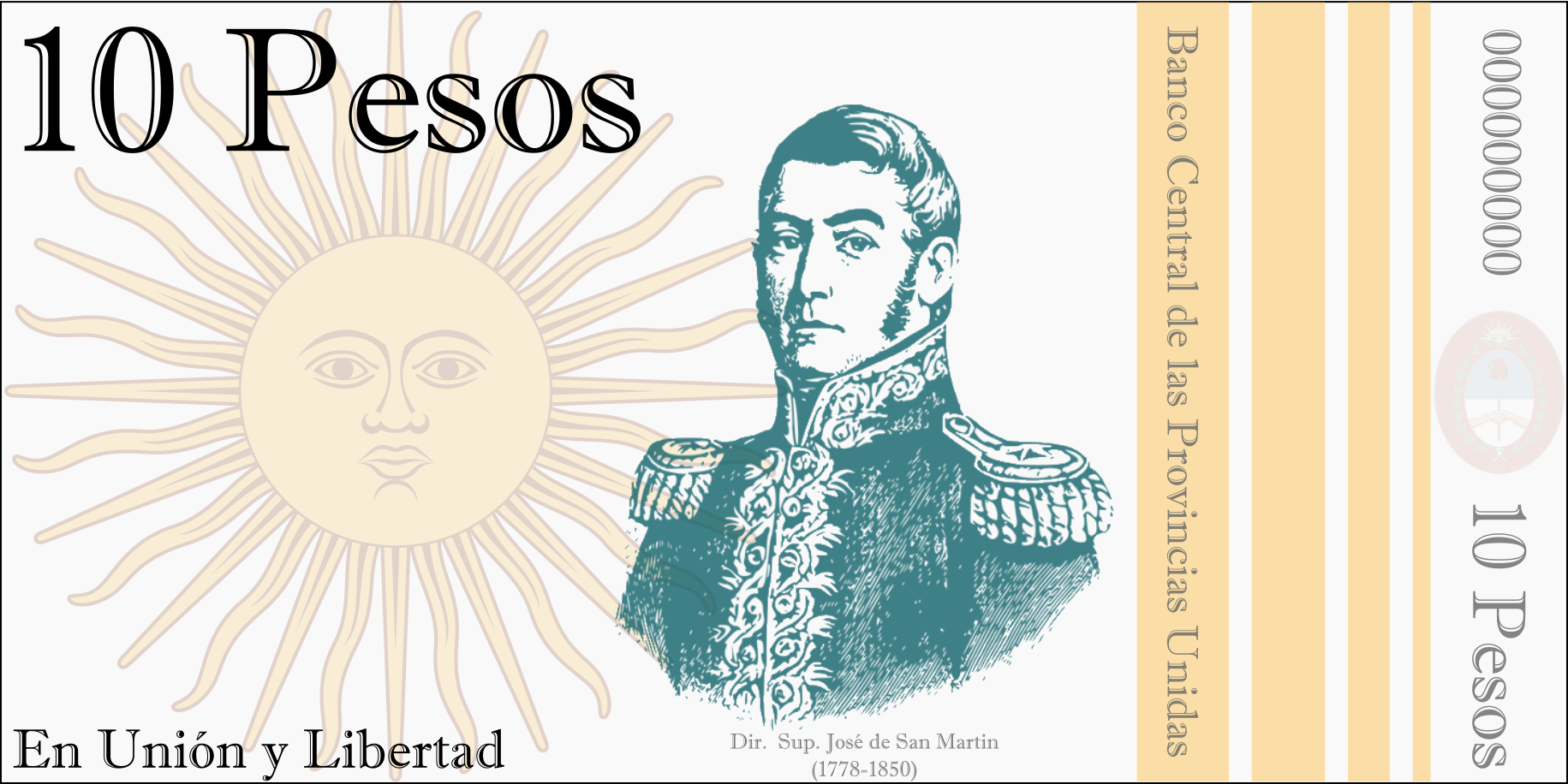