Some flying machines owned by one of my NS Nations: Arpasia 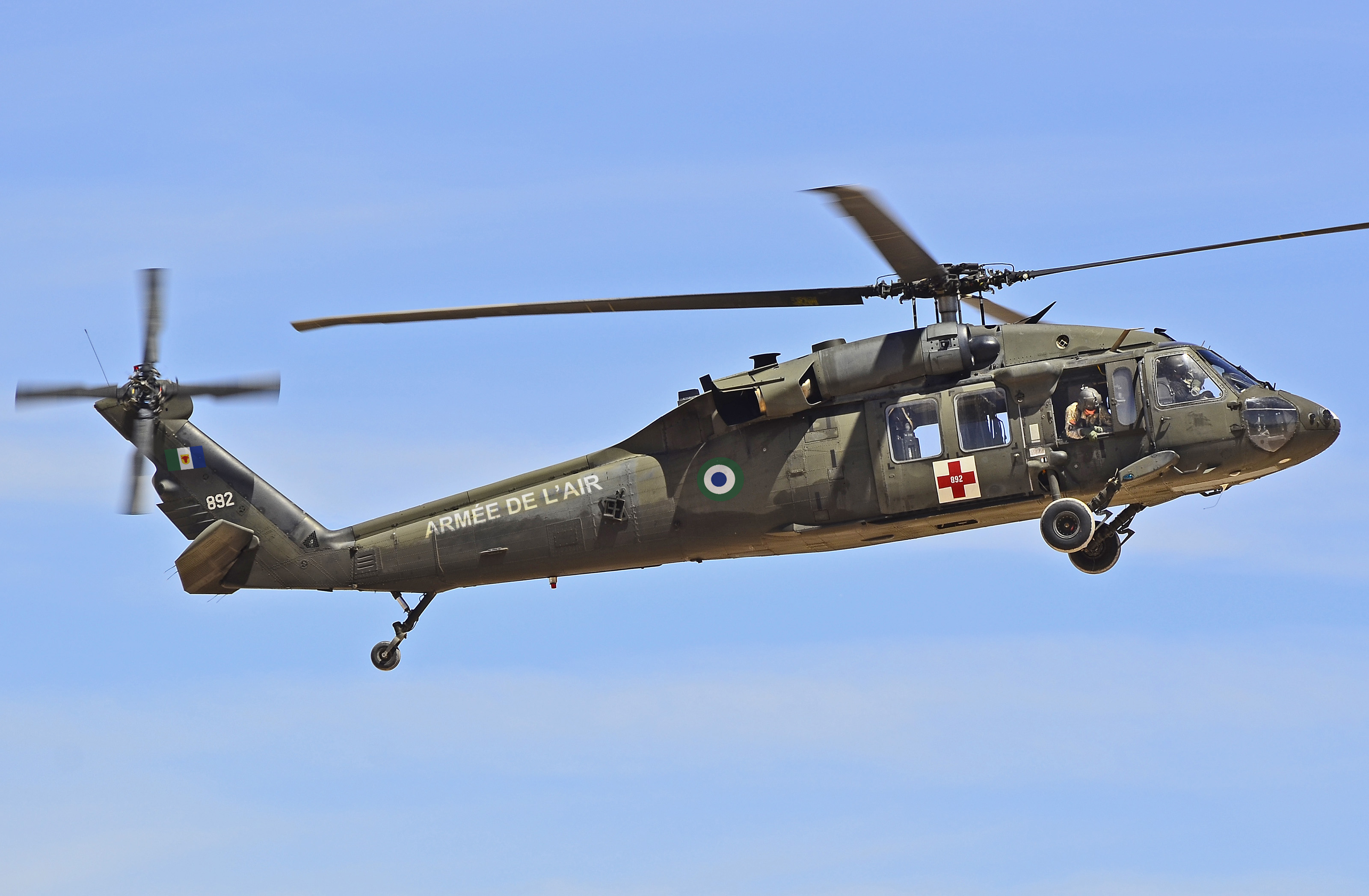 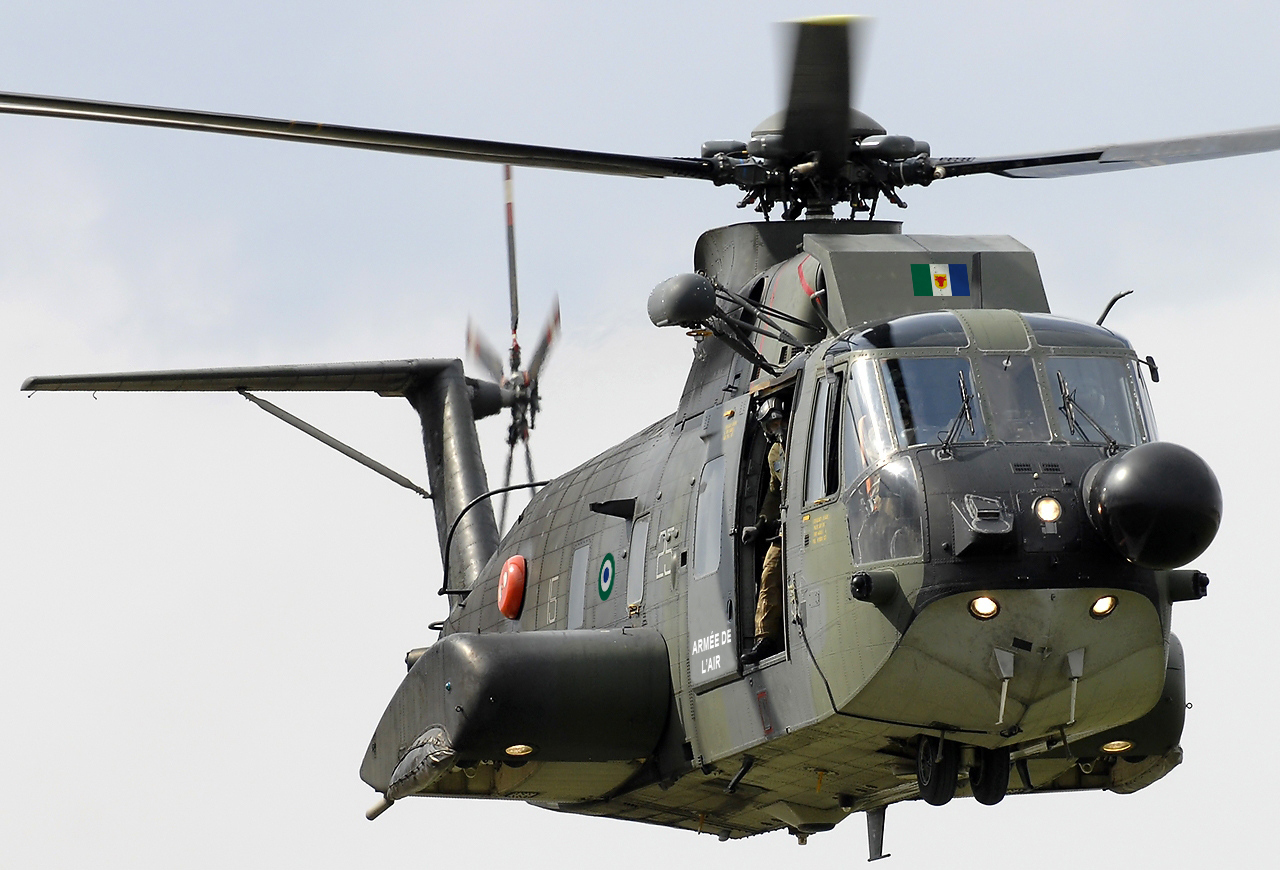 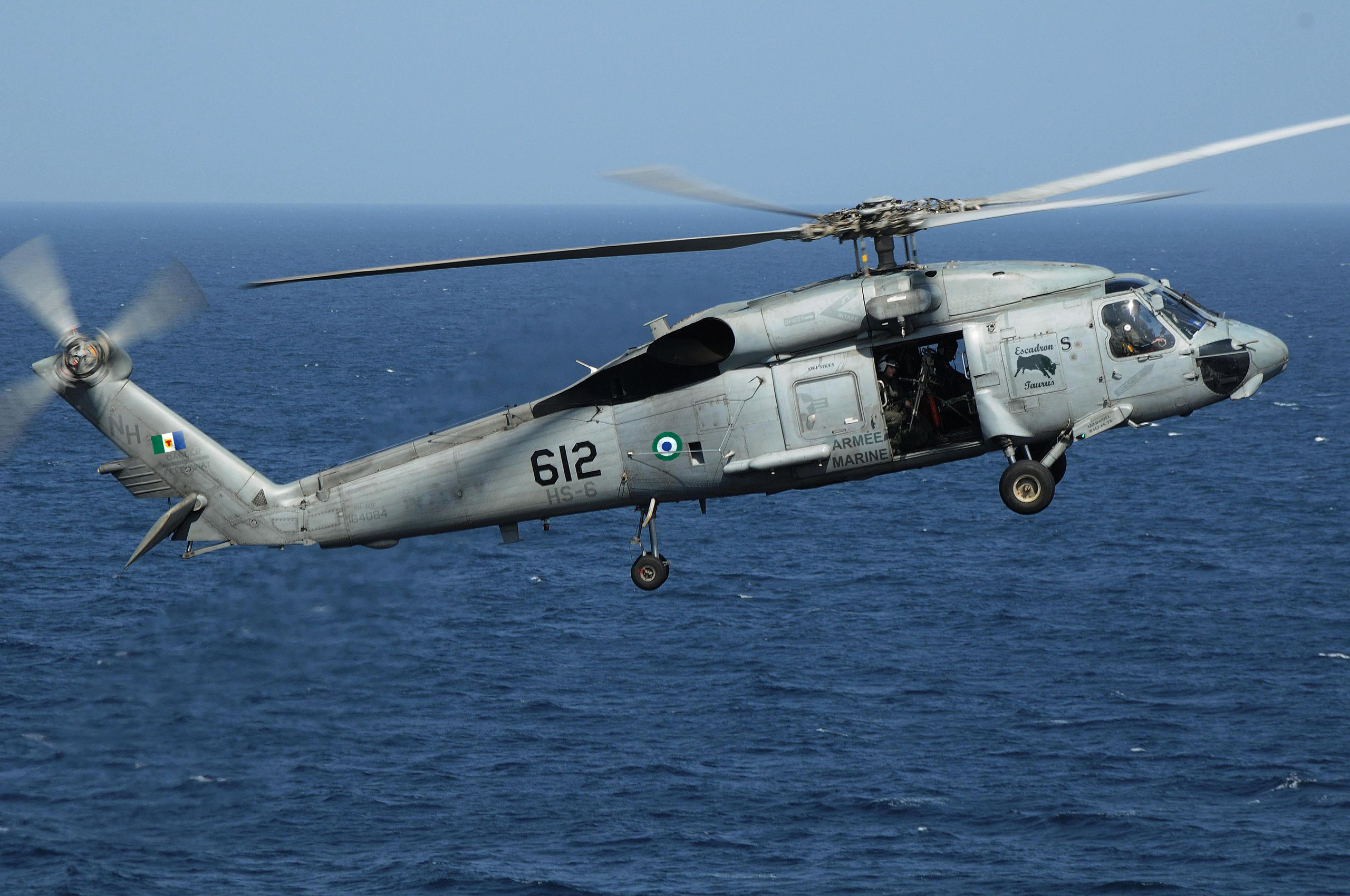 The rest are in here, 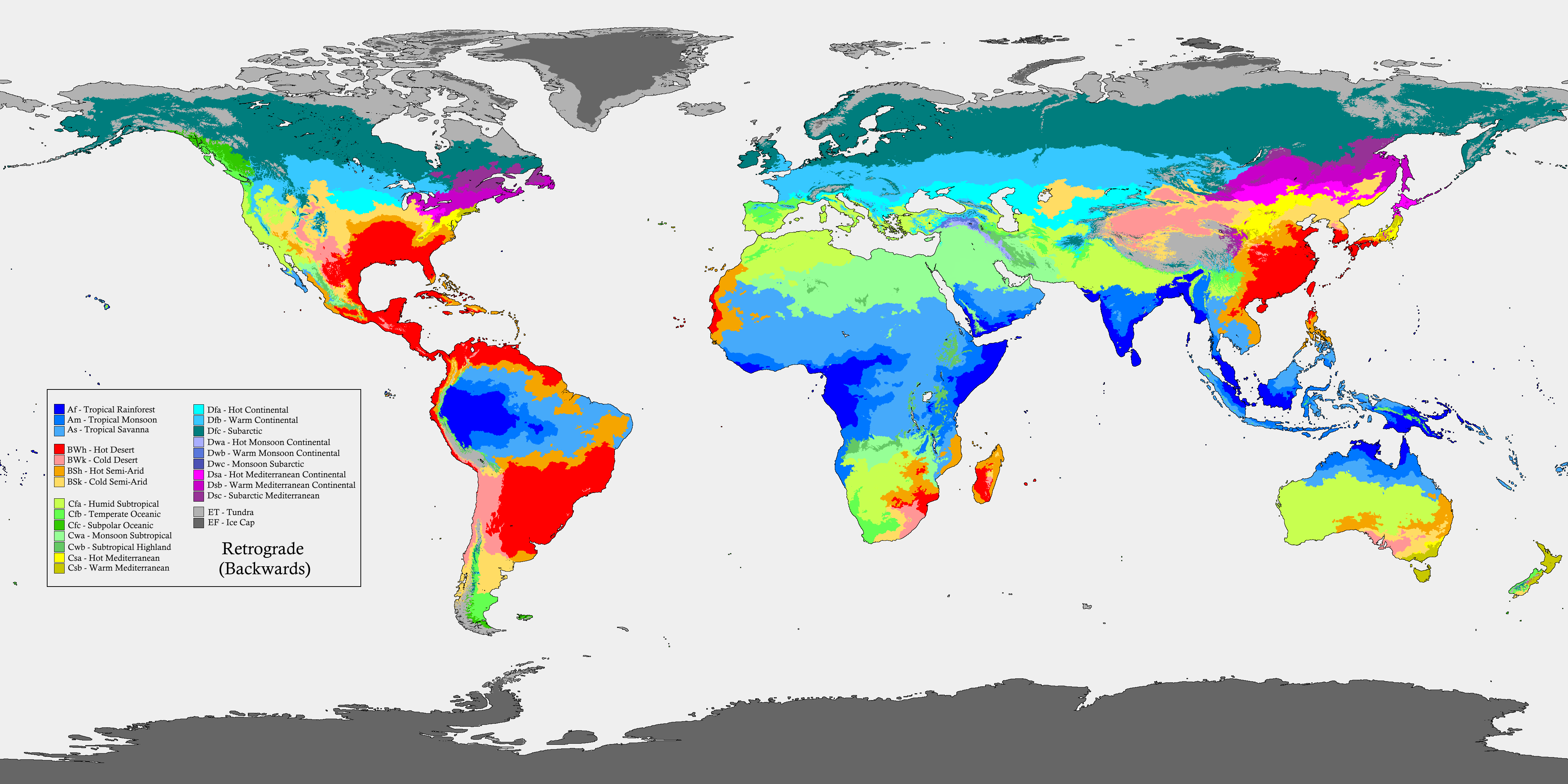 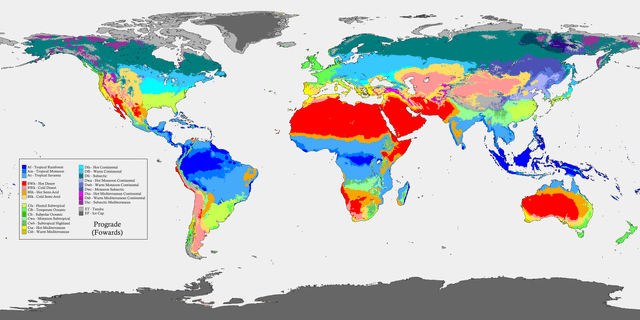 Also notice how in Retrograde Earth, there is now an unbroken “subtropical” zone stretching from Mauritania to Sichuan, or from Anatolia to Afghanistan, not including the moderately cooler and much wetter Mediterranean, or the neighbouring fully tropical and temperate regions.

I reckon for my own timeline that technology may advance more quickly than in otl as a result, and the world’s major powers by the equivalent of modernity will be differently placed to otl.


TaintedLion said:
I can't actually read the legend, it's too small.
Click to expand...

Richard Drummond said:
can we have a full resolution version
Click to expand...

Here’s the proper. Any questions or thoughts regarding the best places for societies or how where you live compared in this timeline?
Last edited: Dec 10, 2021

Forbiddenparadise64 said:
I reckon for my own timeline that technology may advance more quickly than in otl as a result, and the world’s major powers by the equivalent of modernity will be differently placed to otl.
Click to expand...

I strongly doubt, that humans even evolved on that earth. We would still be apes, running through the (never having disappeared) forests ... if even
Last edited: Dec 10, 2021

Chörnyj Orel said:
I strongly doubt, that humans even evolved on that earth. We would still be apes, running through the (never having disappeared) forests ... if even
Click to expand...

Ah mine is asb for one thing and the other is the pod is “only” 1.5mya, and the humans aren’t exactly Homo sapiens either, but are much more genetically diverse than otl since there’s no Sahara or Middle Eastern barrier and thus earlier and far easier migration out of Africa. The arrival into the Americas is also earlier than otl due to a warmer Siberia and Aleutians, as well as slightly lower sea levels.*

* it’s not shown here, but the study it’s based on shows a larger arctic icecap (both in the pacific and especially the Atlantic, though winter ice doesn’t go as far south in Alaska or Canada) and average global temperatures half a degree C lower than otl, so sea levels are about 15m lower than otl in present day, enough to connect a few islands to the mainland and expand others. Beringia during the Pleistocene and early Holocene appears a little earlier, is warmer with more precipitation and sticks around a little longer than otl, leading to more migration in and out. A similar situation is in southern India, where the different ocean currents lead to a similar condition to otl Malaysia or a warmer Taiwan, paving the way for a Polynesian-like people to arise there.
Last edited: Dec 10, 2021

Just a family tree and some coat of arms to pair with the completion of my ASOIAF shortfic To Woo a Riverwolf.
Made with the gracious assistance and advice of my friend @Xanthoc 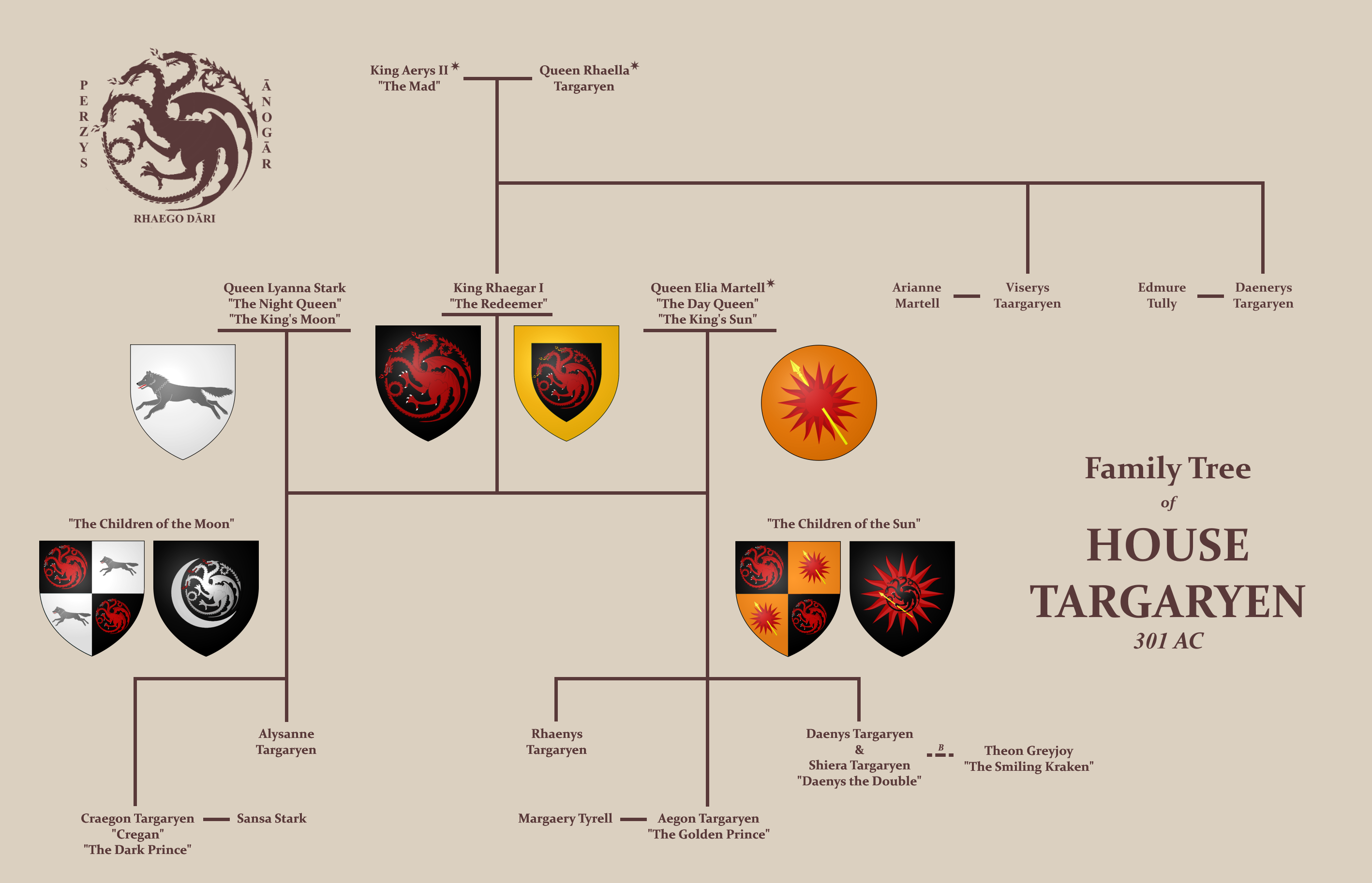 The Xenosphere I/XVI (more often just called "Xenosphere" or "Xeno 1") is a 16-bit home video game console, developed and produced by Boston-based US-American software company REDFISH. The Xenosphere I/XVI was developed in the late 80's and released on October 5th 1990 in North America, September 6th 1991 in the UK and Ireland, September 13th 1991 in continental Europe, July 10th 1992 in Japan and Korea, on September 4th 1992 in Australia and New Zealand and on June 18th 1993 in South America.
The Xeno 1 is REDFISH's first programmable home console. The console introduced advanced graphics and sound capabilities compared with other systems at the time, but marginally being the most powerful one.
The Xenosphere received largely positive reviews and was a global success, becoming the second best-selling console of the 16-bit era after launching relatively late.
The console and its games became very popular among collectors and retro gamers, with new homebrew games and REDFISH's emulated rereleases, such as the Xenosphere Nostalgia Mini Edition or free downloadable contents on the latest consoles Xenosphere V and Xenosphere HYPERSIX.
Every Xenosphere I/XVI-package had two controllers. The most second controllers were as the same color as of the first one (grey). In every 16th release box, instead of a second grey one, a red one was enclosed. In every 700th release box, a green controller has been enclosed.


The Xenosphere I/XVI was planned still under the company's original name RYBAK&PIROS. In 1989, the management decided to rename to company's name to REDFISH on January 1st 1990, because this name will be much catchier and more memoriable an thus helps out getting more money.
In 1974, RYBAK&PIROS was founded by two friends and software developers - Alexander Rybak, descendant of Polish immigrants who came to the US in the 1930's, and Andrew Piros, descendant of Hungarian immigrants who came to the US in the 1890's.
REDFISH stands for a very high quality related to the games they release (they have a very similar system to Nintendo's "Seal of Quality"), as well as to the hardware.
Unlike most other video game companies, REDFISH is famous for translating their games in many languages. PAL-games often are (besides English) available in German, French, Italian, Dutch, Spanish, Portuguese, Russian, Polish, Hungarian, Czech and Swedish, depends on the region.
Also, REDFISH became to one of the fan-friendliest video-game- and console producers.

[Click here if you want to read the filler...]

Fantastic ! Remind me of an idea of satire, with a surviving Reich and the adoption of modern rethoric by nazis : i can imagine the new Führer doing angry tweets, or the political apparatus using woke discourse : "we have to celebrate the diversity of our Reich, the frenchs, italians and even assimilated slavs who allowed our great social project of ethnic cleaning"
Don't miss the remake of the Triumph of the will, starring for the first time a transcender actor !

I'm loving these modern Nazi Reich graphics. You should definetly make a TL for this world.

Richard Drummond said:
I'm loving these modern Nazi Reich graphics. You should definetly make a TL for this world.
Click to expand...

As someone who shares a server with him, I will say that he has more up his sleeve.

Oliveia said:
As someone who shares a server with him, I will say that he has more up his sleeve.
Click to expand...

That is great to hear, I look forward to what he's got.

I am very scared

Beautiful. A masterpiece. I came back to this thread specifically to see if there was a new one, and what luck I had.