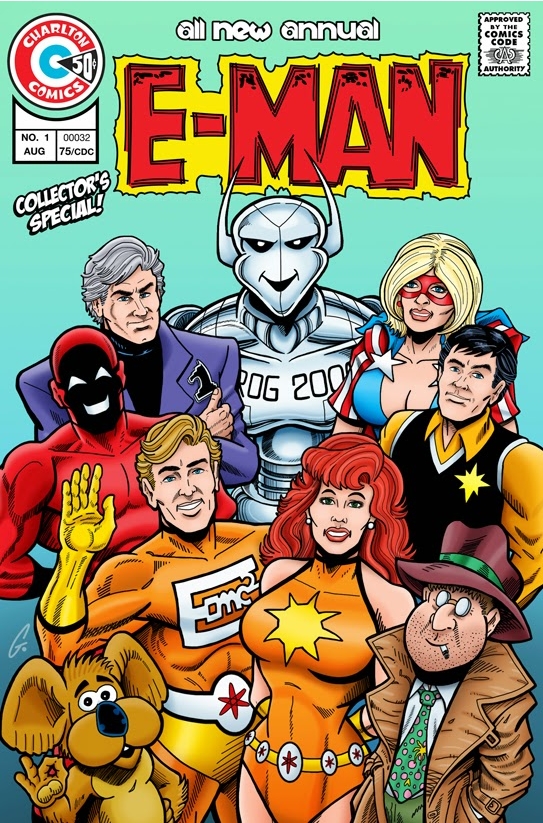 "Who is Killjoy?"​
Charlton comics ended this experiment when the 1973 paper shortage forced the comic industry to cut titles so it was a surprise to fans when Steve Ditkos silent vigilante appeared in the pages of Hawk and Dove 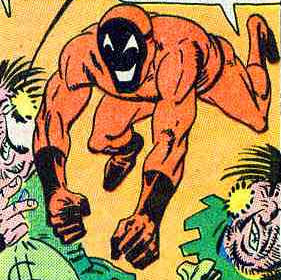 In July of 1973 Tomb of Dracula #10 revealed a new antagonist for the undead in Blade the Vampire slayer an original character for Atlas comics that is half vampire whowould alliance himself with the legacy Vampire hunters from comics.
Blades introduction would influence Fawcett to change Hunchback from a Street level hero to a supernatural fighter teaming up with the likes of Creeper, and Ghost Rider leading those comics to merge into a Supernatural hero team the following year as well as DC comics using the Dell monster heroes into the Owl & the Creature Commandos run.
Fawcett comics survives

In November of 1973 the Canadian lumber workers went on strike. The strike would contribute to a paper shortage in North America affect the big 4 comics industry leading to the cancelation of numerous titles and price increases in the next two years. Jonny Carson's accidental panic about a potential toilet paper shortage did not help matters. Atlas and Charlton comics not having a parent companies with a Paperback novel division (Warner novels, Gold metal books) were left with minor cancellations to their low selling comics. Fawcett & DC would have to make major cuts 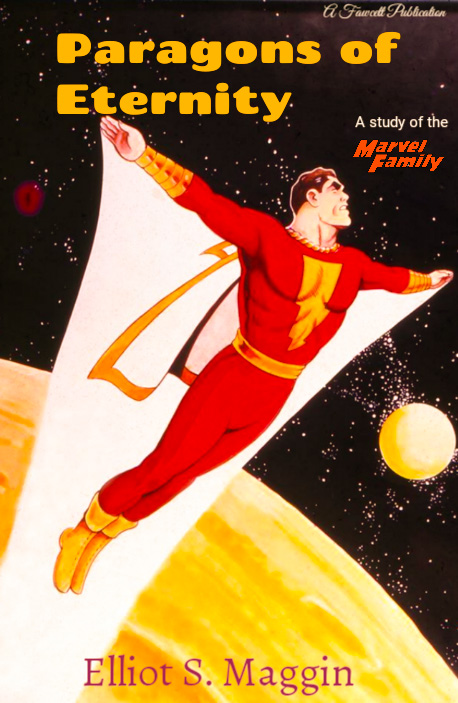 Paper shortage affects in North America was effective in weakening Fawcett's Paperback division as a way of boosting sales Captain Marvel writer Elliot S. Maggin was commissioned by the Fawcett Family to write a novel about their Comic book hero Captain Marvel in 1974
Maggin turned in a novel about the Wizard Shazam his search throughout the millenniums bestowing Champions through the Black Adam of Ancient Egypt, to the chosen ones from Camelot , the Renaissance, American Revolution, and finaly Billy Batson in modern day.
Unfortunately the book was not a best seller however the idea of the Wizard Shazam appointing heroes throughout the years would influence Captain Marvel writers in years to come
Fawcett comics survives

In February of 1974 Atlas comics inadvertently taunted Fawcett with the cover of Luke Cage: Powerman #17 retitled from Luke Cage: Heroes for Hire as the cover suggested that Luke Cage was the first Black Superhero when Hunchback, and Black Sentinel had their titles first 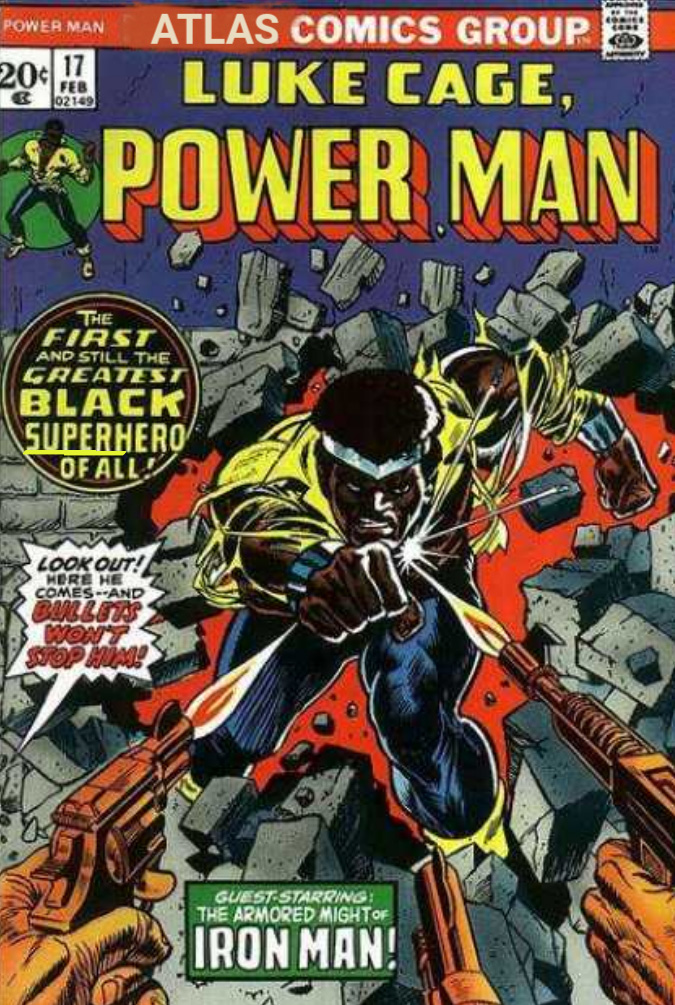 Stan Lee and Roy Thomas pointed to the fact that Black Panther appeared before them and unlike those three characters Luke Cage actually has superpowers Stan Lee would say in a television interview pointing to the underlined word. But that's not the only taunt Atlas comics was giving to Fawcett.

while Ditko had taken over editorials while Otto Binder took a leave of absence and teased issues of The Question, and Hawk & Dove with the tease of " Who is Killjoy " storyline Ditko was found Atlas introducing a murderous vigilante of there own in The Punisher and introducing him in Ditkos old creations title at that led Steve Ditko to decide that he can't just tease he would have to bring Killjoy to Fawcett.
Fawcett comics 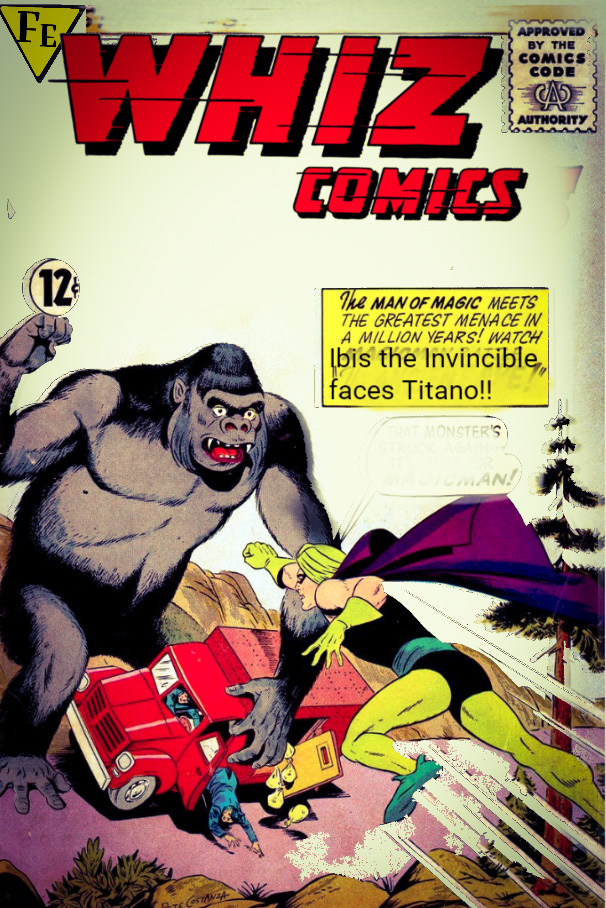 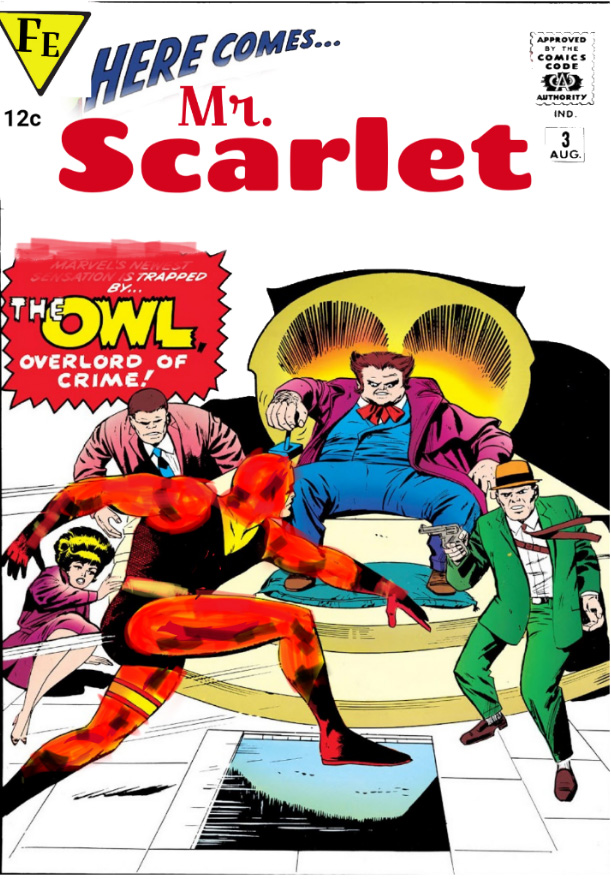 In 1964 Atlas writer Stan Lee tried to bring Bill Everett back to to the company that he brought Namor The Submariner to . Bill wanted to bring in a blind superhero as a tribute to his daughter but after months of trying to come up with a name Bill Everett left and pitched his idea elsewhere. In July Everett pitched his blind Superhero idea to fellow artists Wally Wood who convinced him that this Matt Murdock would make a good successor to Mr. Scarlet which was published in July
Last edited: Aug 21, 2019
Avenger 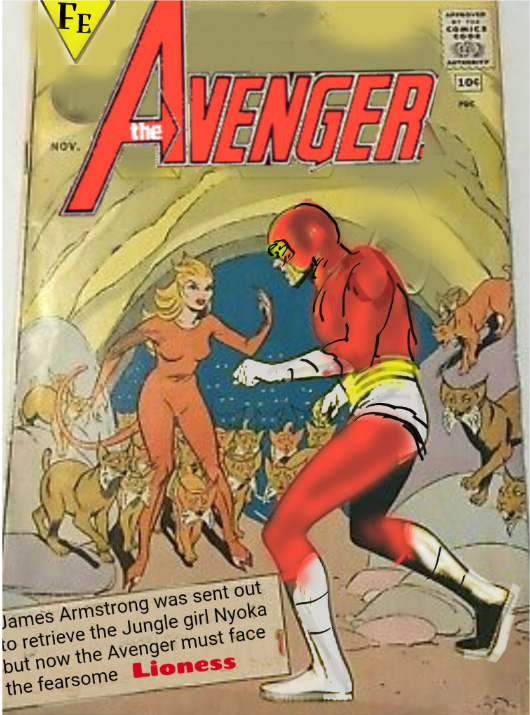 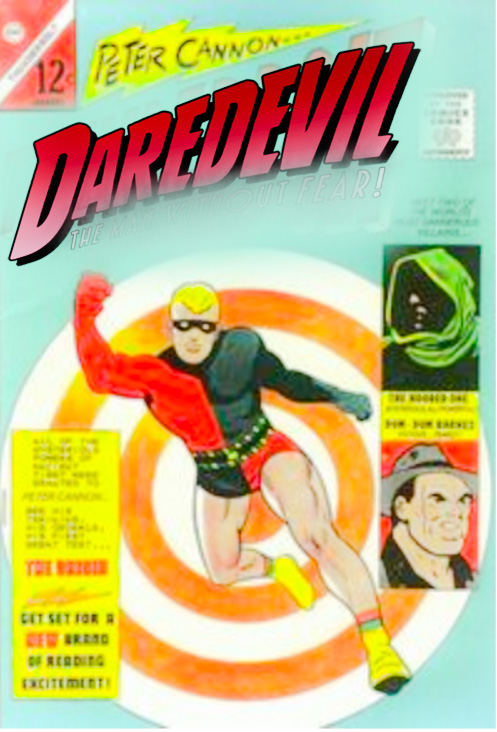 Pete Morisi, who'd done work for Lev Gleason had attempted to buy the rights to 1940s superhero Daredevili n the early 1960s. Gleason gave him his okay, but the character's primary writer-artist, Charles Biro, balked, requesting a percentage of future profits. Morisi requested to put Charales Biro on the title instead and everything got settled and in 1963 Peter Cannon: Daredevil was put on stands
Atlas comics

In January of 1974 Atlas comics toyed with the idea of giving Fantastic fours The Thing his own series however with Strange tales failing to launch Human torch a solo run and the Paper shortage still around the choice was made in February to have other Superheroes team up with Ben Grimm for atleast one year and help boost some of their lesser known characters.
Stan Lee suggested that Man-Thing be the first to team up with Ben as an olive branch to Jack Kirby and Steve Gerber
Fawcett comics survives

Inspired by the news surrounding the Watergate break in the team behind Captain America & Falcon started the Secret Empire storyline involving a group of masked individuals taking over Washington with their leader (unseen) revealed to be "a top -power hungry-government official " who commits suicide causing Cap to get disillusioned with the United States and became Nomad.
Ditko at Fawcett had plans to make a Rio Bravo to Atlases High Noon however 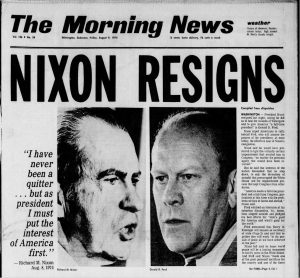 With President Richard Nixon's resignation a week after Secret Empire ended Steve Ditko agreed with the rest of editorial to drop the project with it being #3 of Wizard Magazines Top 10 unproduced comic storylines of all time in 2000.
Fawcett comics survives 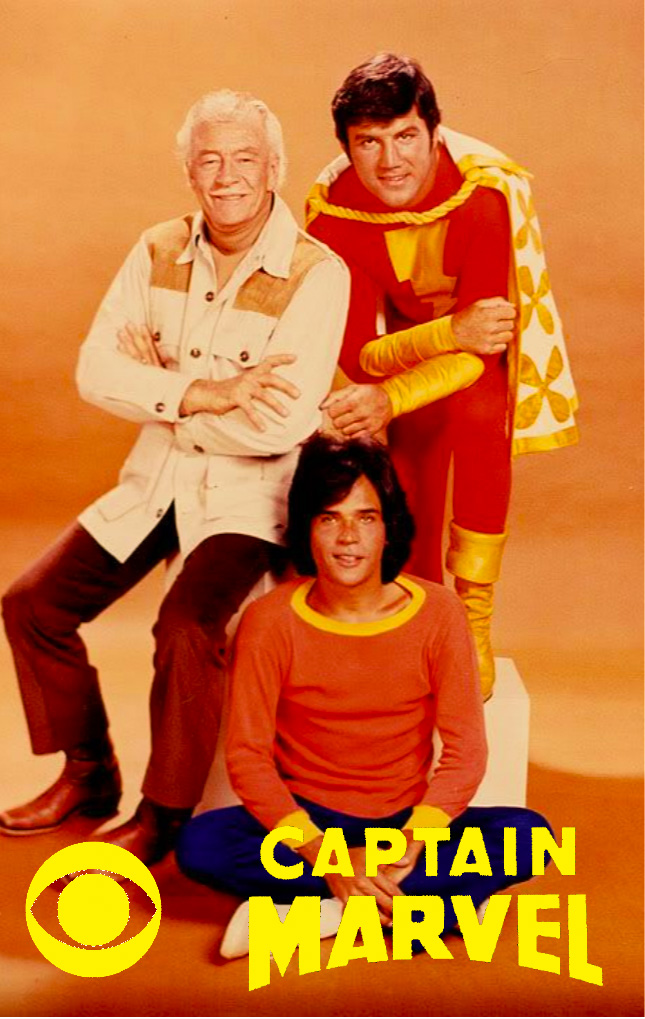 In 1974 Lou Schemier, and Norm Prescott of Filmmation meet with C.C Beck about adapting Captain Marvel for TV as a hybrid of the 1950s Doc Savage TV series world traveling (well America traveling) adventures, Adventures of Superman action, in September of that year Captain Marvel was given the Green light for CBSs Saturday morning lineup 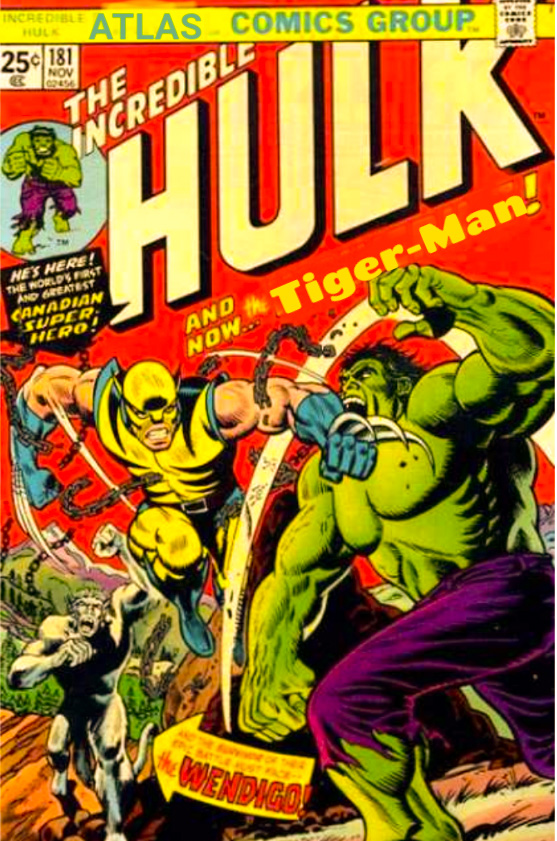 In October of 1974 Tigerman was introduced in Atlas comics Incredible Hulk #181.
Tigerman was created after writer Len Wein saw artist John Romatta Sr. Doodles and thought that he looked cool. Tigerman was made into a Canadian Super Soldier to shoehorn him into the Hulk vs Wendigo fight he was already writing, but the character proved to be popular and when he was put on the Defenders gave the story a more international lineup
Fawcett comics survives

In January of 1975 Steve Ditko finally set up a identity & backstory for Killjoy and teamed up with Wallace Wood for the first issue. A miscommunication caused Wood to reverse the color scheme on Killjoys costume which Ditko allowed fearing he might loose this creation and focused on The Destructor title incase he was no longer in charge of the title 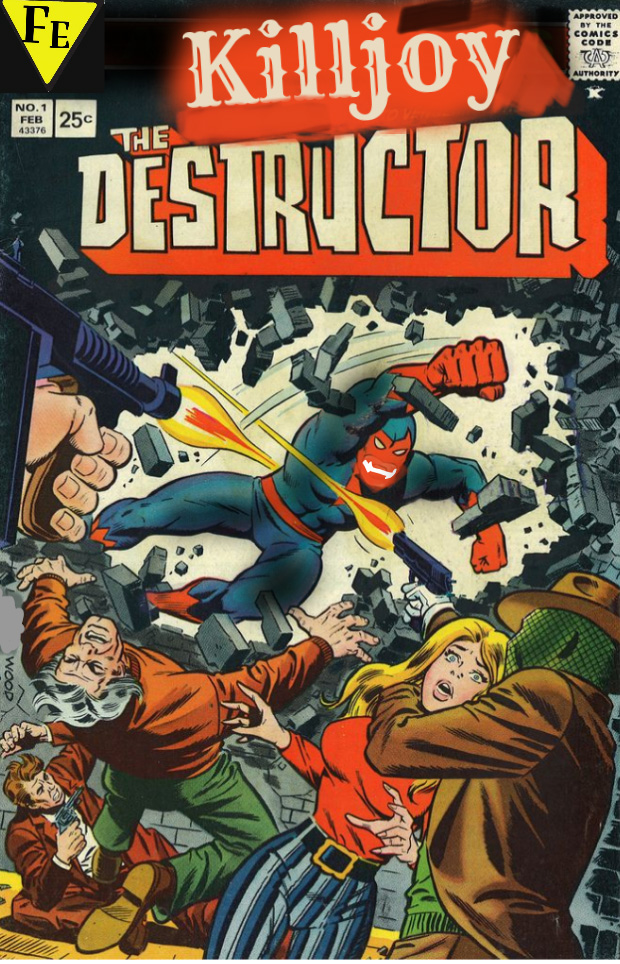 Base of Operations: Unknown

After getting on Stan Lee's shit list Roy Thomas stuck with adapting the work of Robert E Howard's work. However such work on Conan, Solomon Kane & original series Red Sonja took the notice of DC comics who put him on the titles of Warlord & Wonder Woman. Roy was given one order on taking the over the title of Wonder Woman and that was to bring back Queen Hypolita somehow as they were working on a TV series and didn't want to confuse its audience. Thomas created the Mystical hidden world of Kun'Lun where hides a Lazarus pit bringing the Amazon Queen back to life. Diana would meet DCs successor to Mr. Terrific Martial Danny Rand

With DC having a collection of new successors of Golden age heroes introduced in 75 including
Roy Thomas ,getting permission from Jack Kirby set up a new team of heroes called Infinity inc 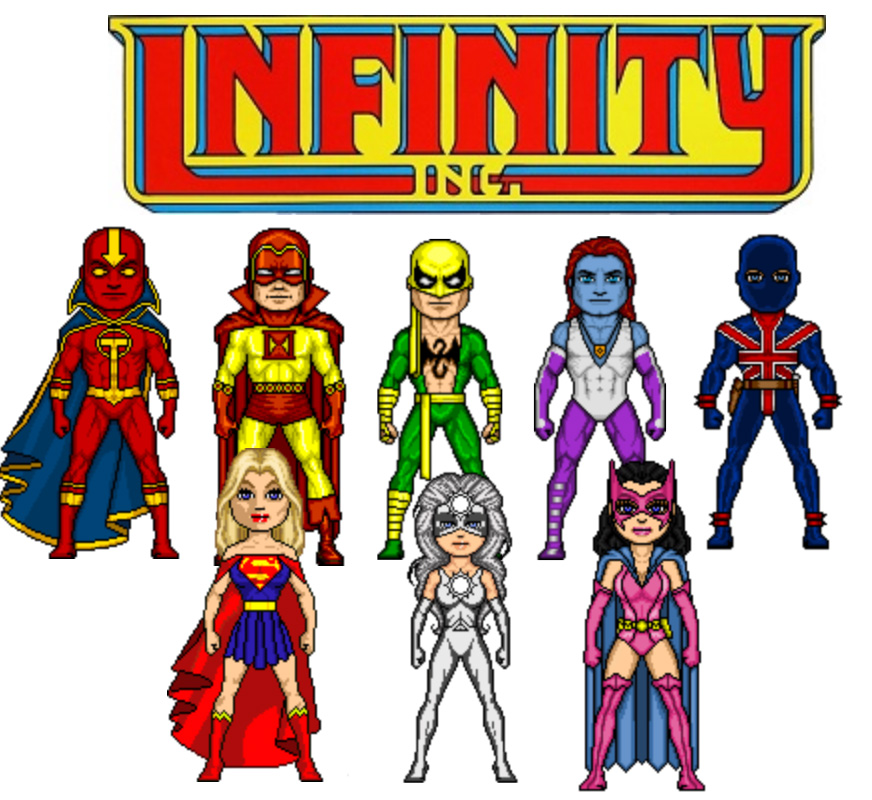 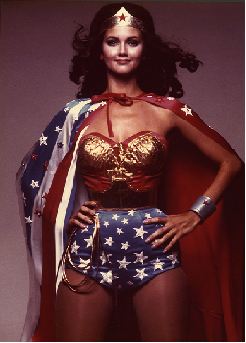 In 1975 Wonder Woman appeared on the ABC network for four seasons The series was good in the first season but not amazing as a pull to get it renewed decision would be made to change the sets to modern day to cut cost on sets (as the first season already established this to be a comic book world this was not a problem) and to focus on already established villains as Baroness Von Gunther was popular in the First season that she was brought back for several episodes
Lyle Waggner would leave the show after season 2 causing Wonder Woman to have a rotating cast of one episode possible love interest including Tom Selleck, Ed Bagley Jr., William Shatner, John Riter, Tom Berennger, & Patrick Duffy The details surrounding the disappearance of Steve Trevor remain largely unknown.
with recurring guest villains in the show as:
Giganta was supposed to appear in later episodes but the show runners decided the origin was to goofy and any effects were not feasible.
Kate Jackson's portrail of Cheetah was popular enough to redesign Prisilla Rich to look more like her TV counterpart 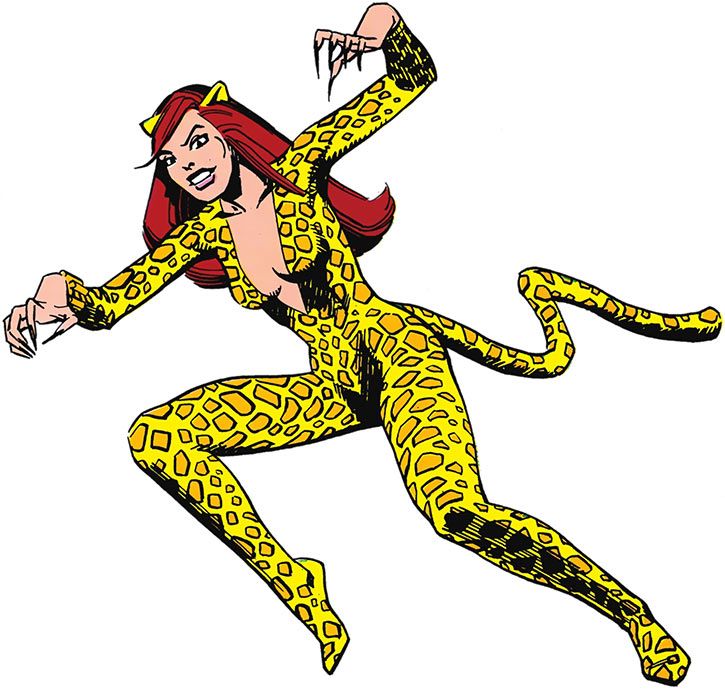 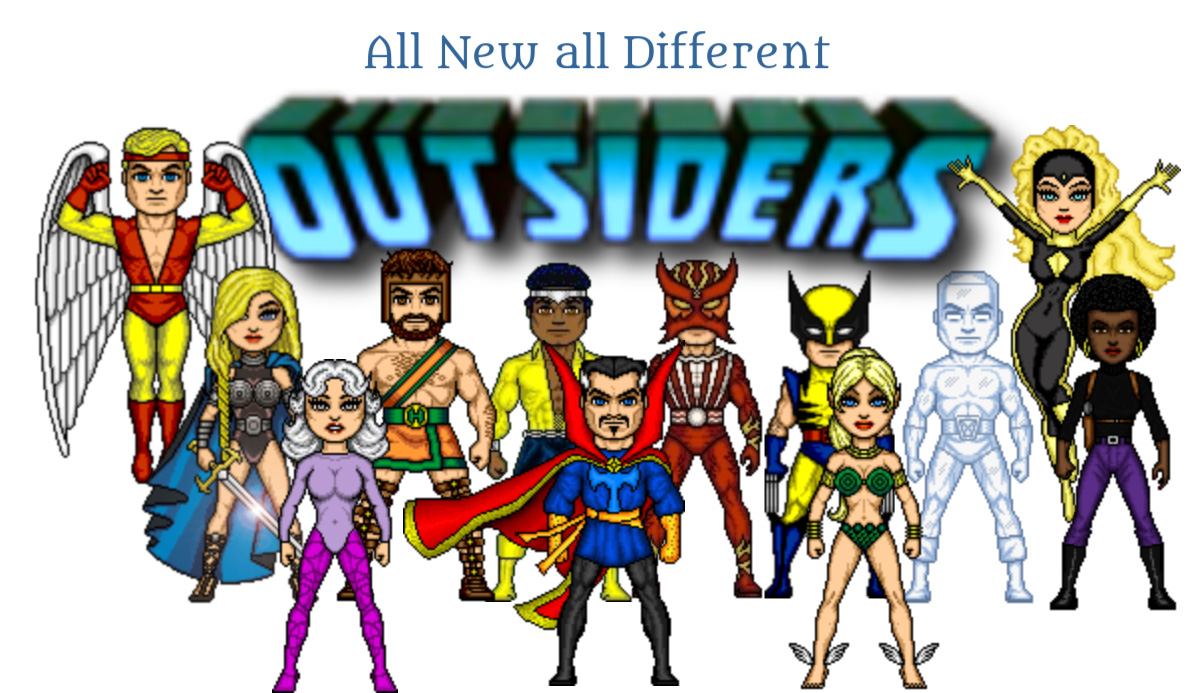 In 1975 Atlas Comics published Giant size issues of all their major comics. The two most notable of these gimmicked stories were Giant size Defenders # 5 which saw the wedding of Vision and Scarlet Witch, and
Giant size Outsiders # 1 written by Len Wein and art by John Besuhma introduces an all new all different team giving it a more international feel
The following issue would see Chris Claremont take over writing and would stay on the title for decades setting up the friendly rivalry between Powerman and Tigerman, setting up Namorita as Tigermans student, Various love triangles including one between Angel Valkyrie and Hercules, Doctor Strange taking up a new apprentice named Kitty Pryde and Misty Knight becoming Powergirl
Last edited: Jan 22, 2020
comics on TV

With the Success of Captain Marvel CBS asked Filmmation & Fawcett for a spinoff. The obvious solution from Fawcett was Mary Marvel but Norm Prescott didn't want a show where Captain Marvel would have to show up in the first episode to explain her powers, that it might be confues children why Mary wasn't with Billy & Mentor.
As a compromise Lou Scheimer came up with The Mighty ISIS

Joanna Cammron would play Archaeologist Andrea Thomas who upon discovering the magic headdress of Hathor would be granted the powers of Isis (much like Atlas comics Thor) including flight, strength, and control of the four elements.
Brian Culter would play her love intrest Professor Rick Mason
Joanna Pang would play the archaeology student/ sidekick Cindy Lee
With John Davey (who would take on the role of Captain Marvel in second season on) would guest star for team up episodes.
Steve Ditko shrewd to Shcheimer & Prescott possibly screwing them over convinced Filmmation to sell them the rights to the Isis characters and they would make comics based on their cartoons for the rest of the decade. 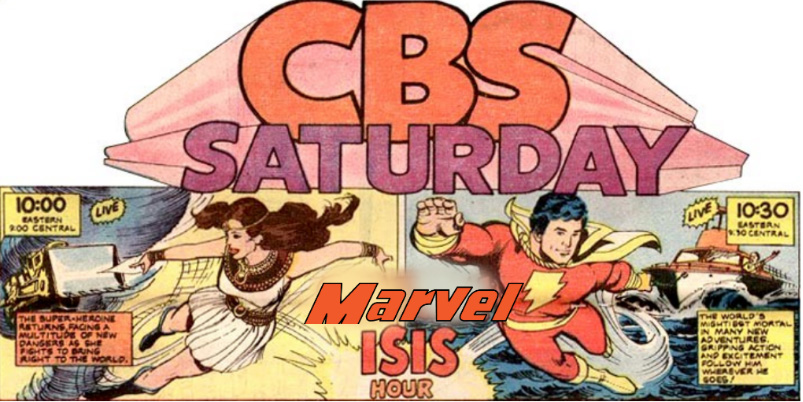 With two new hits on their hands CBS looked into their media division at CBS magazine and ask to look into the floundering Fawcett Publications
Last edited: Jan 24, 2020
comics to Film 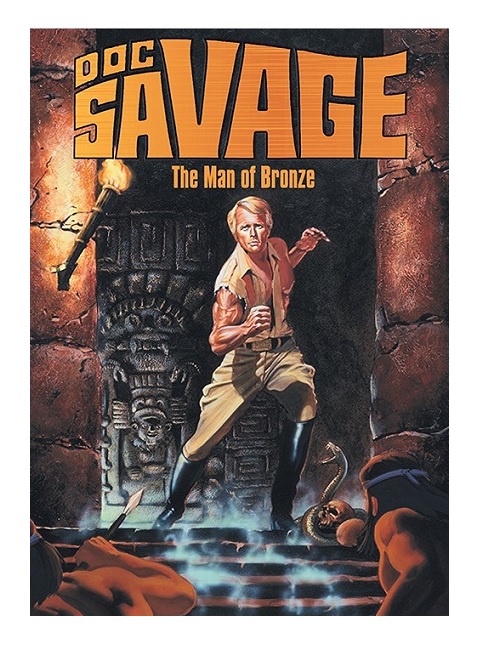 1975 would see the release of George Pals adaptation of Doc Savage the Man of Bronze. for Warner brothers
Cast​
The film was successful due mainly to the nostalgia of the 1950's TV series & its Pulp stories being released in Paperback. however many of the fans decried the film for its more campy tone and juvenile storyline.
Last edited: Jan 25, 2020
Threadmarks
You must log in or register to reply here.
Top
Share:
Share
Top