Cruise missile BrahMos on display at IMDS-2007. Wikimedia Commons.
​
On September 2, 2016 with the reignition of the Korean War, the BrahMos cruise missile was used in combat for the first time since it was introduced 10 years ago. The missiles were fired from INS Satpura (F48), a Shivalik-class stealth-multirole frigate of the Indian Navy. The INS Satpura was initially part of the RIMPAC 2016 exercises held in Hawaii starting last July but was quickly diverted to South Korea with the rest of the fleet led by the USS John C. Stennis for Operation Sea Paladin or the United Nations quarantine of the Korean peninsula. The targets of the missiles were Korean People's Navy surface vessels and other strategic targets such as North Korean naval bases, shipyards, air fields, and supply depots. The damage caused by the missiles have yet to be determined. 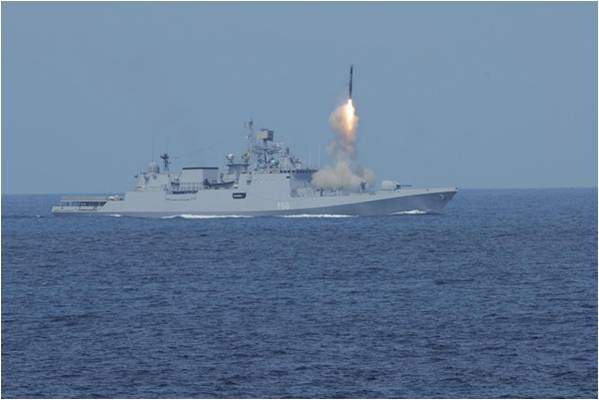 INS Satpura firing BrahMos cruise missiles towards North Korean targets. Photo by Mass Communication Specialist 2nd Class Michael Greenfield/U.S. Navy)​
The BrahMos (designated PJ-10) is a medium-range ramjet supersonic cruise missile that can be launched from submarine, ships, aircraft, or land. It is the fastest supersonic cruise missile in the world. It is a joint venture between the Russian Federation's NPO Mashinostroyeniya and India's Defence Research and Development Organisation (DRDO), who together have formed BrahMos Aerospace. It is based on the Russian P-800 Oniks cruise missile and other similar sea-skimming Russian cruise missile technology. The name BrahMos is a portmanteau formed from the names of two rivers, the Brahmaputra of India and the Moskva of Russia.

Entering service in the Indian Armed Forces and the Russian Armed Forces in November 2006, it is currently the world's fasted anti-ship cruise missile. After seeing the potential performance of the missile, other countries have looked into the option of ordering these missiles from India.

The current situation in the Korean Peninsula has also simultaneously seen new weapons and military equipment to be used in combat for the first time. Among these are the F-35B variant used by the United States Marine Corps launching from the USS America (LHA-6) which saw action against the Sukhoi and MiG fighter jets of the Korean People's Army Air and Anti-Air Force. The Japan Maritime Self-Defense Force's JS Izumo (DDH-181), the newest and most-expensive light aircraft carrier, also saw action in supporting allies and partners in the region. The Izumo's flight deck could technically house the F-35B, sparkling concerns within China, both Koreas, and Russia of Japan having these carriers to project power in the region as fears of resurgence of Japanese militarism.

Why You Wouldn't Survive #ALIVE

The F-35 Participates On Its First Combat Missions Over Korea

SEPTEMBER 2, 2016|UPDATED 1 HOUR AGO
The F-35 Participates On Its First Combat Missions Over Korea
By Mike Stone

An F-35B takes off from the USS America's flight deck while several others are parked on the runway, off the coast of South Korea, September 2, 2016. (U.S. NAVY)
​
WASHINGTON (Reuters) - A number of F-35 Lightning II fighter jets conducted aerial and ground combat against North Korean targets, marking the first time the controversial $428 billion 5th generation fighter jet to be used in actual combat.

During an emergency press conference in the Pentagon with the recent escalation of the Korean quarantine, Peter Cook, Assistant to the Secretary of Defense for Public Affairs, confirmed the use of the highly-advanced fighter jets which took off from the USS America (LHA-6) amphibious assault ship. The success rates of these jets have yet to be evaluated.

"We can confirm that the F-35s have shot down multiple North Korean jets with a high kill ratio. However, we have yet to receive nor disclose the actual combat data." Cook said.

The fighter jets used were the F-35B variant which is capable of short takeoff and vertical landing (SVOTL) which entered service within the United States Marine Corps last November 2015 since the jets are favorable to operate on amphibious assault ships with small flight decks such as the Wasp-class and the newer America-class.

The most expensive fighter jet program in the U.S. military's history started in 1995 which was intended to counter Russia and China's newer generation of fighter jets. The project itself overlapped with the stealthy F-22 Raptor, which costed $70 billion to produce and acquire for the United States Air Force. Ever since the conception of the project, the development of the F-35 was marred by cost overrun and delays. The F-35A first took flight on December 15, 2006 but was only introduced a decade later. Just a month ago, the F-35A, which is capable of conventional takeoff and landing, was introduced to the United States Air Force. The F-35C, which is capable of landing on aircraft carriers assisted by catapults, is expected to be in service by 2018.

Since then, allied countries have expressed interest in the fighter jet. The United Kingdom has planned to procure 138 units of the fighter jet, mainly the F-35B, to operate on its upcoming aircraft carrier the HMS Queen Elizabeth. Australia, Belgium, Denmark, Italy, Japan, The Netherlands, Norway, Poland, South Korea, Singapore, and Turkey plan also plan to add the F-35 in their fleet of aircraft.
Last edited: Apr 29, 2021

So we might see a third movie coming soon:

File photo of the JS Izumo. Source: Ministry of Defense.​
TOKYO (AP) – All three of the Japan Maritime Self-Defense Force's (JMSDF) helicopter carriers are currently participating in the ongoing conflict with North Korea that erupted yesterday, the Defense Ministry said.

The ships participating were two Hyūga-class helicopter carriers, the JS Hyūga and JS Ise, and the newer and larger Izumo-class carrier, the JS Izumo (DDH-183), the ministry confirmed.

In this file photo dated March 30, 2016, the JS Ise (foreground) is seen with the USS John C. Stennis (background) along with other naval forces in an exercise in the Philippine Sea. The John C. Stennis is the flag ship of the UN quarantine of the Korean Peninsula. (U.S. Navy photo by Mass Communication Specialist 2nd Class Susan C. Damman/ Released)​
Ever since the quarantine of the Korean Peninsula began last July, the JMSDF has actively participated in enacting the United Nations mandate, ensuring no infected ship or plane leaves the peninsula and land on Japan.

The first Japanese warships to to head into the Sea of Japan were the destroyers JS Kōngō, JS Myōko, and the JS Atago as well as the helicopter carrier JS Ise.

A few weeks later, the JS Hyūga and the destroyer JS Chōkai arrived with the rest of the RIMPAC fleet. Earlier in August, the ministry announced that the JS Izumo - currently Japan's largest and most expensive warship - to support allies and partners in acting in region. Along it came with the destroyer JS Kirishima.

This move is the first so far of the JSDF just as Japan reinterpreted Article 9 of the post-war constitution last September 2015 in which the country could come in the defense of allies as part of "collective self-defense."

The move was welcomed by the United States and allies but has been a subject of concern among Korean nationalists and netizens in China over fears of a resurgence of Japan's militarism in what is seen as Japan's first shots since 1945.

The Defense Ministry stated that the carriers and other warships are for defensive purposes only and it will only retaliate if fired upon or threatened.

In private meeting with the Chinese, Russian, and the South Korean ambassadors at the Kantei, Prime Minister Shinzo Abe assured that Japan will continue to cooperate with its neighbors in keeping the epidemic contained.

China and Russia, whom are at odds with Japan due to disputed territory, are currently participating in the quarantine of the peninsula by sending warships and planes in Korean territorial waters.

This marks the first time that the United States and their allies cooperated with China and Russia in a multinational military operation, thus easing some tensions in the East and South China Seas as international attention has been diverted to contain the virus in what produced the worst humanitarian crisis in history.
Twitter Trends for July 22, 2016 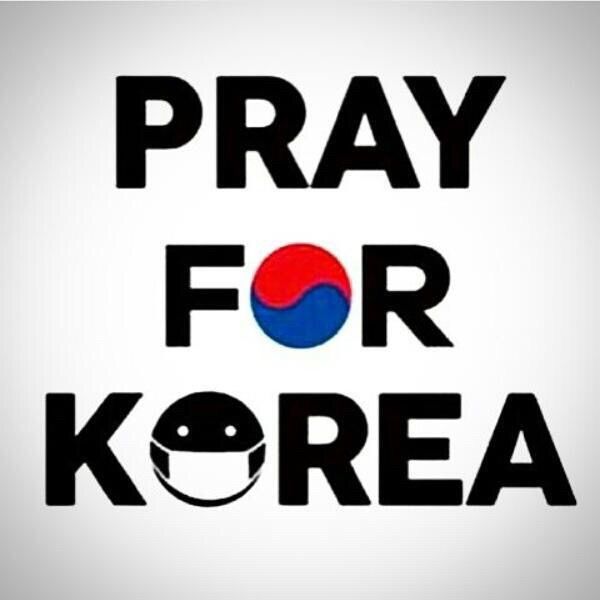 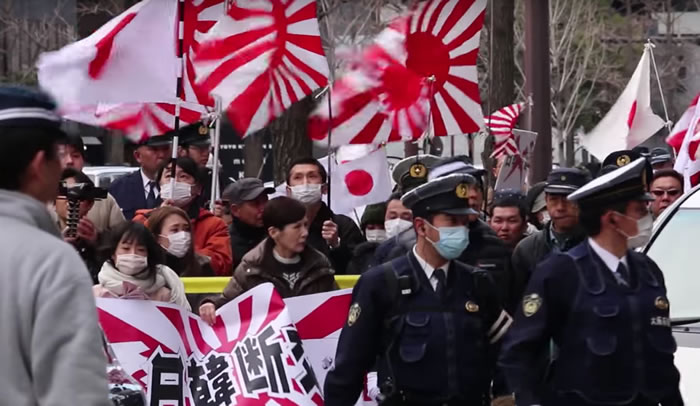 An estimated 30,000 individuals marched from the Imperial Palace, the National Diet Building, and the Kantei today in Tokyo's Chiyoda Special Ward after it was discovered that North Korea planned to use Infected specimens as biological weapons to start outbreaks within Japan and what remains of South Korea. The information was obtained from captured sailors from the Korean People's Navy submarine that was impounded by the JMSDF.

Crowds waved both the Hinomaru and the Rising Sun flags while chanting nationalist slogans. Some were even dressed in Imperial Army uniforms. Right-wing nationalists such as the uyoku-dantai and the Great Japan Patriotic Party, who also waved South Korean and American flags, were among the members that took part in the march.

"This is one of the reasons why need to revoke Article 9. For several decades, our country has lived under threat from North Korea's ballistic missiles and nuclear weapons. Now they planned to use the kabane (corpse) against us. This has gone too far." Said right-wing nationalist Takahiro Nakayama. "It is time for Japan to take action against all threats for her survival."

Japan is one of the first nations to enforce the quarantine of the Korean Peninsula since the outbreak began last July in what has been the largest overseas Japanese military operation since World War II. The JSDF, particularly the Maritime Self Defense Force, fired its first shot in defense against North Korean navy vessels.

Article 9 was enacted by the Allied Powers on Japan's post-war constitution in which the country will never use war as an instrument of force after its defeat in World War II. In September 2015, Prime Minister Shinzo Abe announced that Article 9 would be amended to cover allies and partners in a form of "collective self-defense." This was condemned by China and both Koreans, who fear the resurgence of Japanese militarism. An official apology has yet to suffice for Japanese atrocities committed during the war.

Based on a recent survey of 100,000 individuals per city, 95% of Japanese nationals prefer for further involvement in the Korean Peninsula to contain both the KZ Virus and the threat from North Korea.
Last edited: Apr 29, 2021

To be honest, the ultranationalists are kind of right here. Preventing your people from being eaten alive by undead hordes sounds like a pretty sane reason to militarize your country.

I wonder if there were incidents of people dressing up in Zombie face masks to prank people (talking outside of East Asia) and their consequences during this epidemic?

S. Marlowski said:
I wonder if there were incidents of people dressing up in Zombie face masks to prank people (talking outside of East Asia) and their consequences during this epidemic?
Click to expand...

I remember 2016 had the creepy clown pranks around the world. Yes, I would see people pretend to act like the fast zombies to scare people. The consequences would be panic or someone getting shot. I'd see the NYPD not take any chances if one broke out in Times Square. The best thing that can happen is those wearing zombie masks or pretending to be zombies would get arrested and fined the same way those who make bomb jokes at the airport.
Threadmarks
Reader mode
You must log in or register to reply here.
Top
Share:
Share
Top