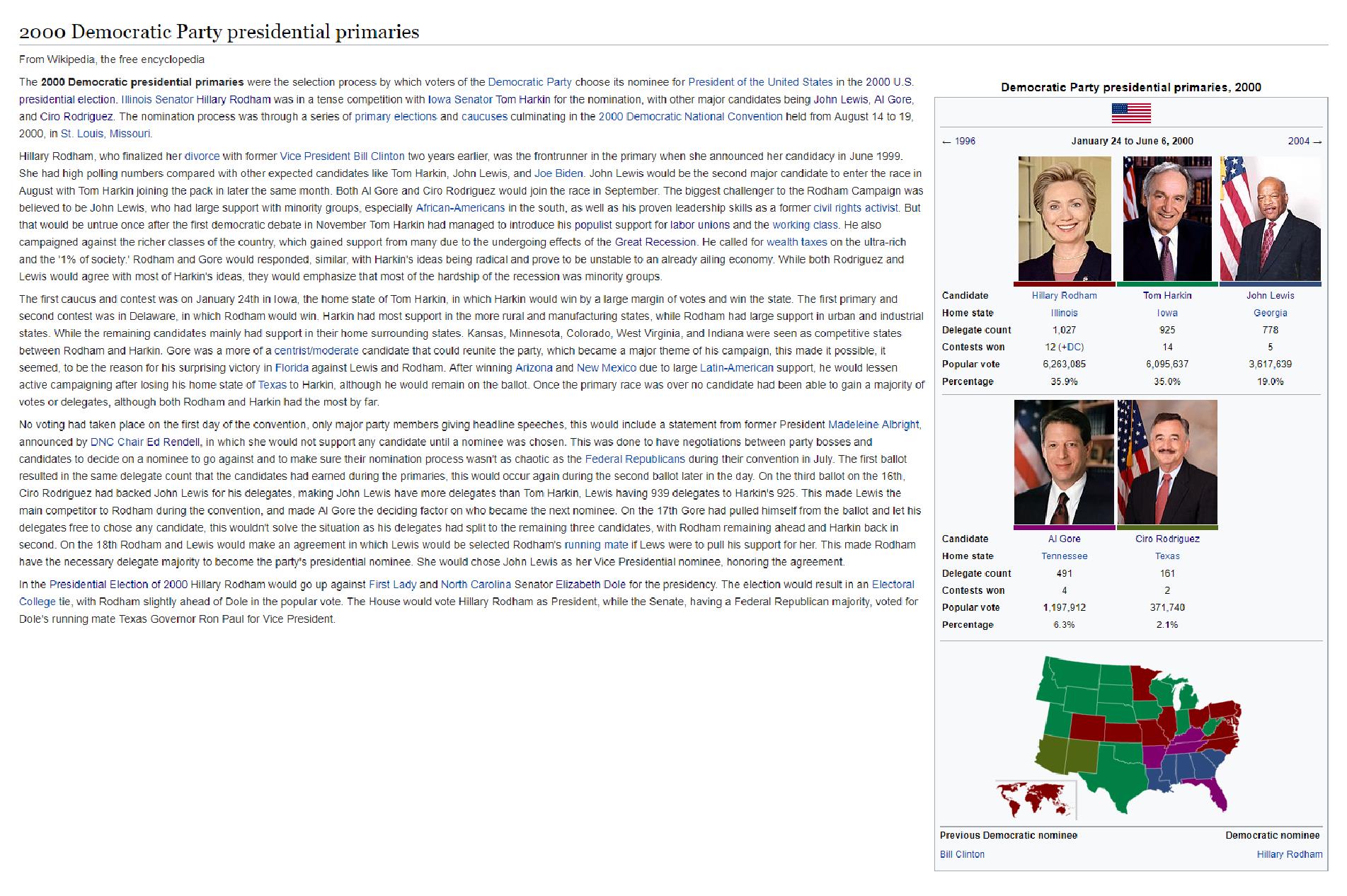 Better resolution: https://imgur.com/nhupgIP
My first attempt at a wikibox. Enjoy!

PanadaPun123 said:
My first attempt at a wikibox. Enjoy!
Click to expand...

Entrerriano said:
You should post the link to the video of this Timeline's WW2
Click to expand... 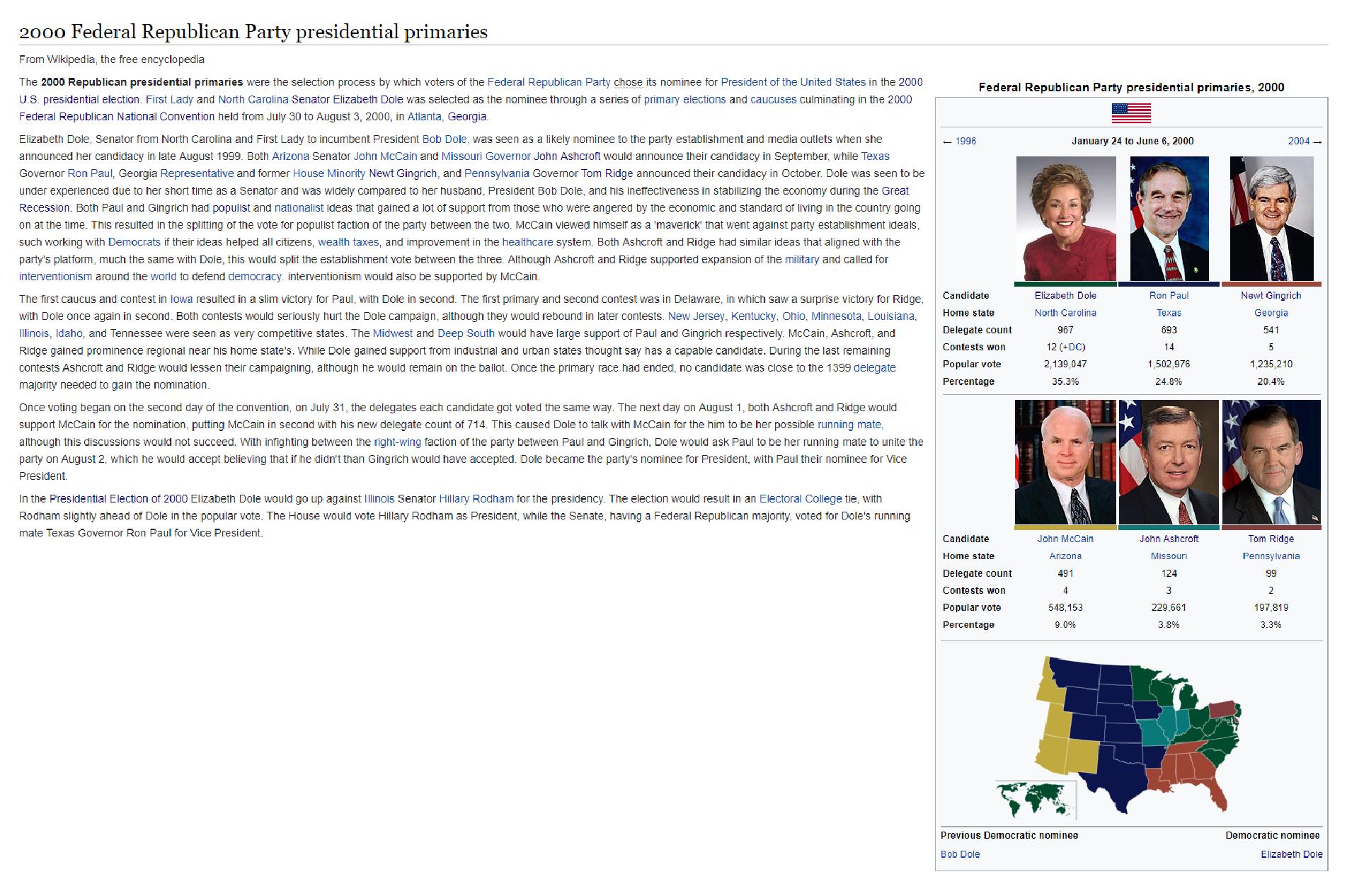 Donor
Very good infoboxes, @PanadaPun123 ! I like them!
Kingdom of Israel and its neighbors: 2019 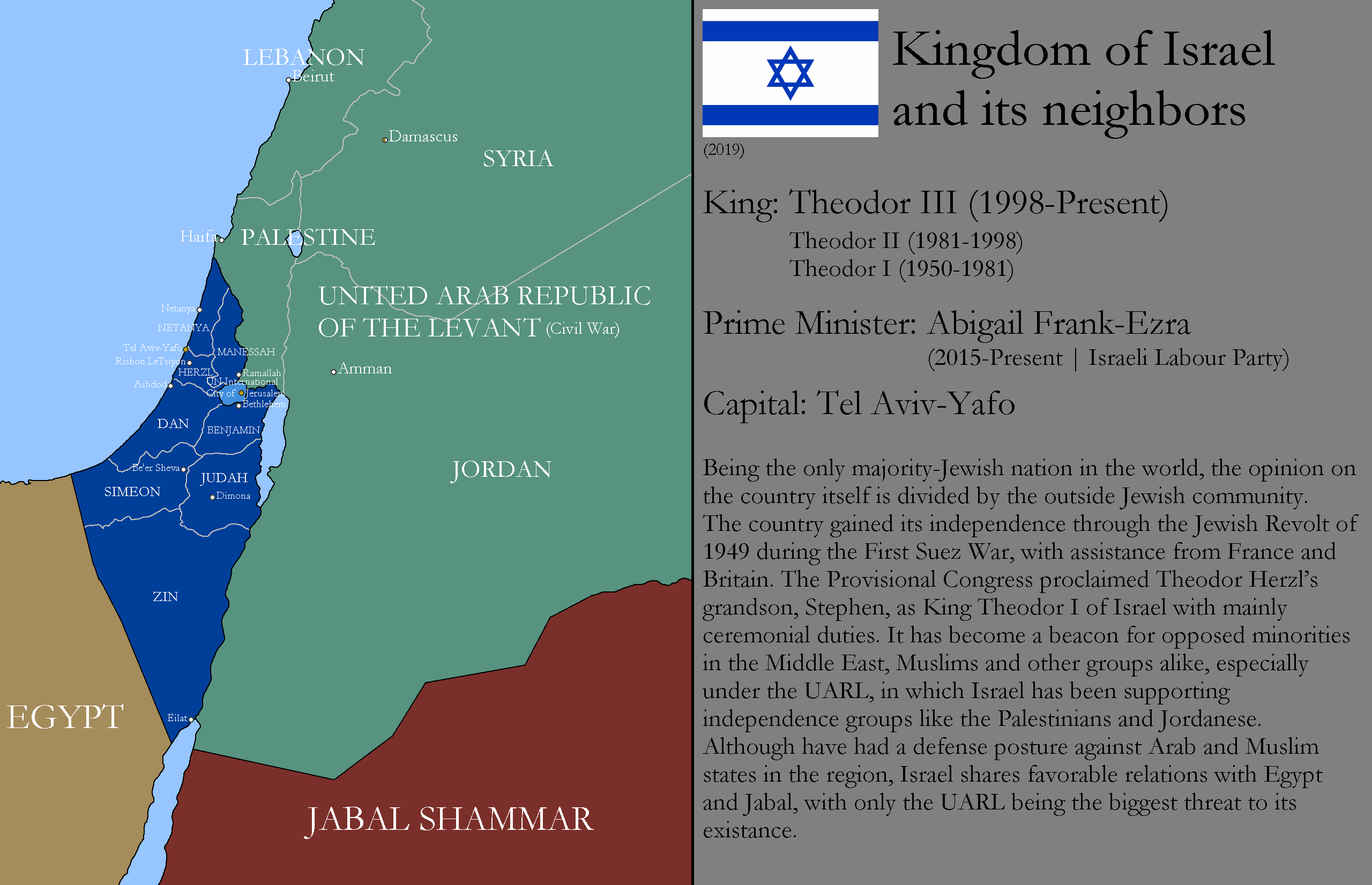 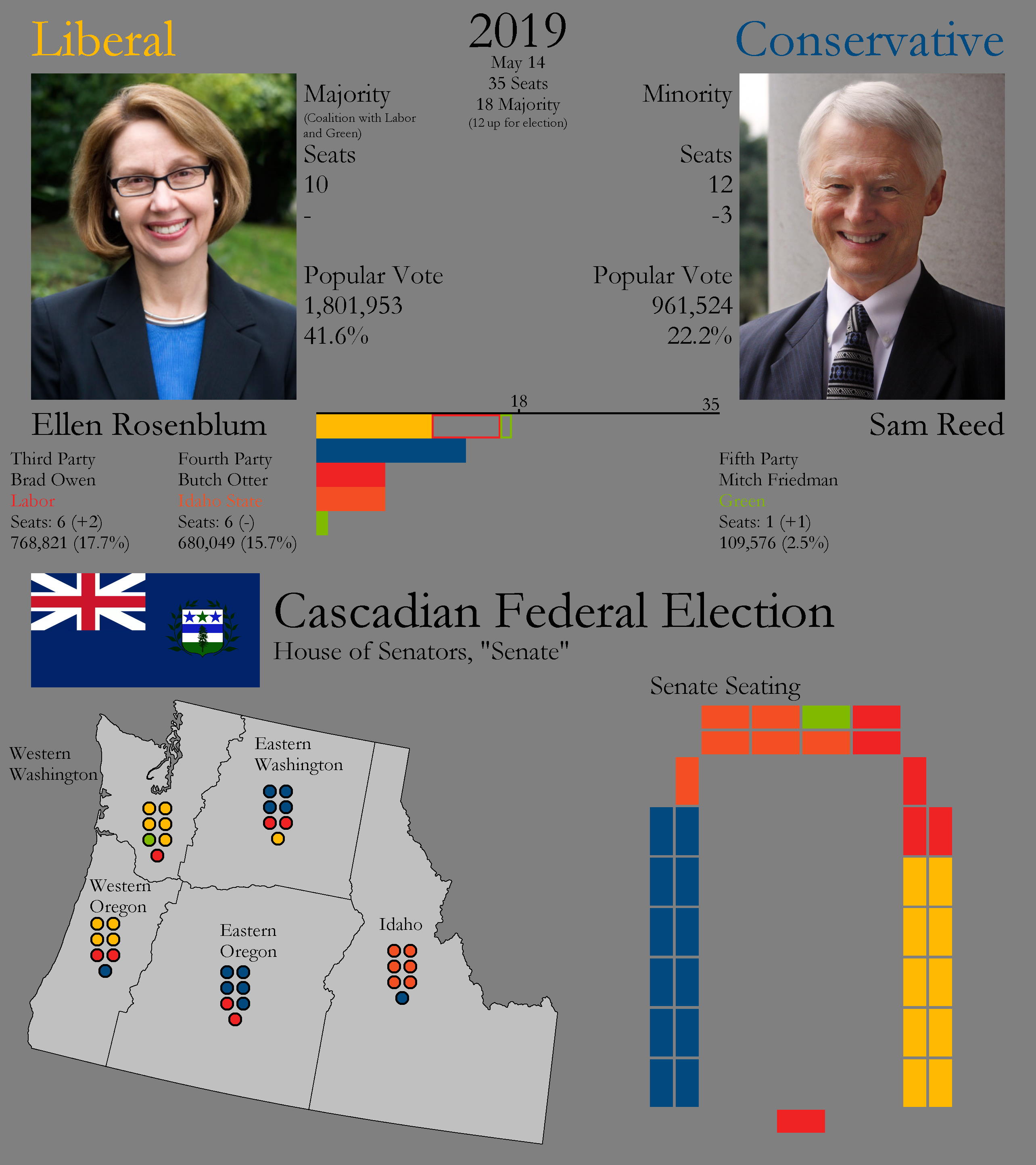 The Cascadian Federal Senate Election of 2019 coincided with the House election of the same year. The election resulted in the Conservatives losing the capacity to govern after the Liberal-Labor-Green Coalition was able to gain more seats than them. The election also resulted in the first Senate seat for the Greens, won by Mitch Friedman of Western Washington . Liberal and Coalition leader Ellen Rosenblum of Western Oregon was able to gain the position of President from E. Washington Senator Sam Reed. Vice President Peter Courtney of Western Oregon was able to gain the position due to a deal that a Labor Senator would have it on the basis of fairness between Liberal and Labor in the coalition.
Last edited: Sep 7, 2019
Southern Africa, 2019 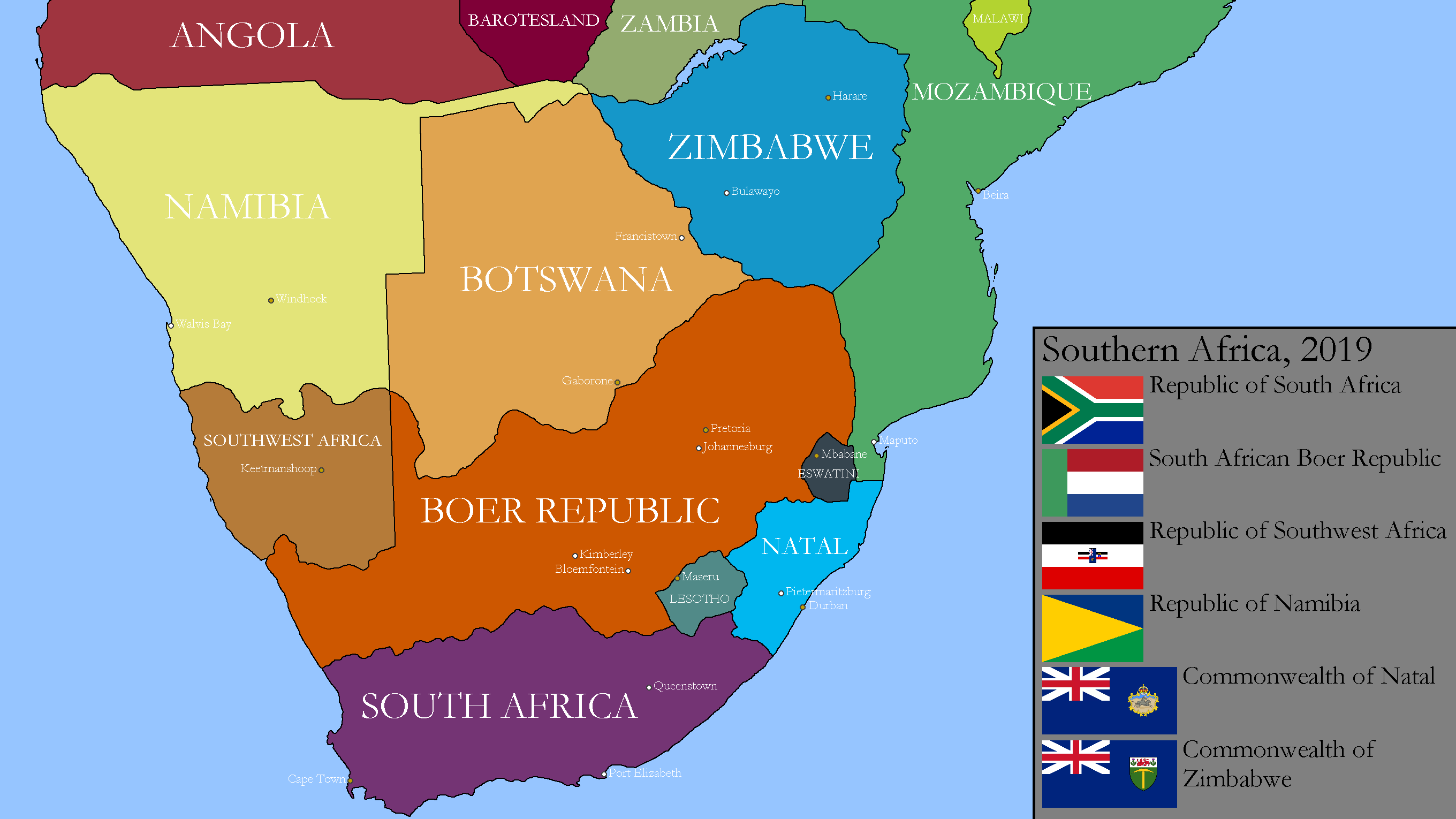 The situation in Southern Africa has a always been a complicated situation, especially between the Black, Boer, Afrikaan, and Anglo communities. With the region almost sparking nuclear war, genocide, dictatorship, and lose of minority rights. The UN has declared both the Boer Republic and Southwest Africa breakers of Human Rights in the past. Although relative peace has been reached, current nationalist leaders have caused international concern for calm in the region. 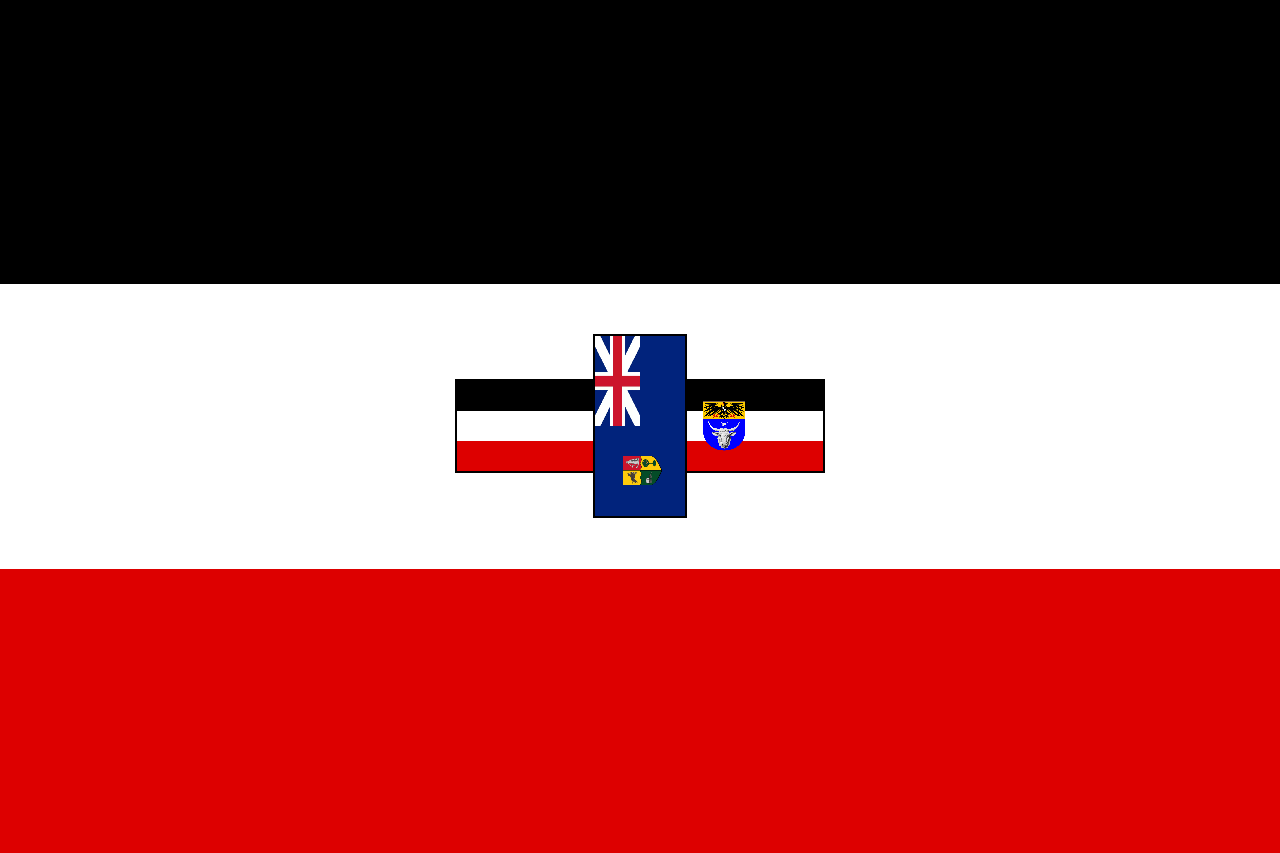 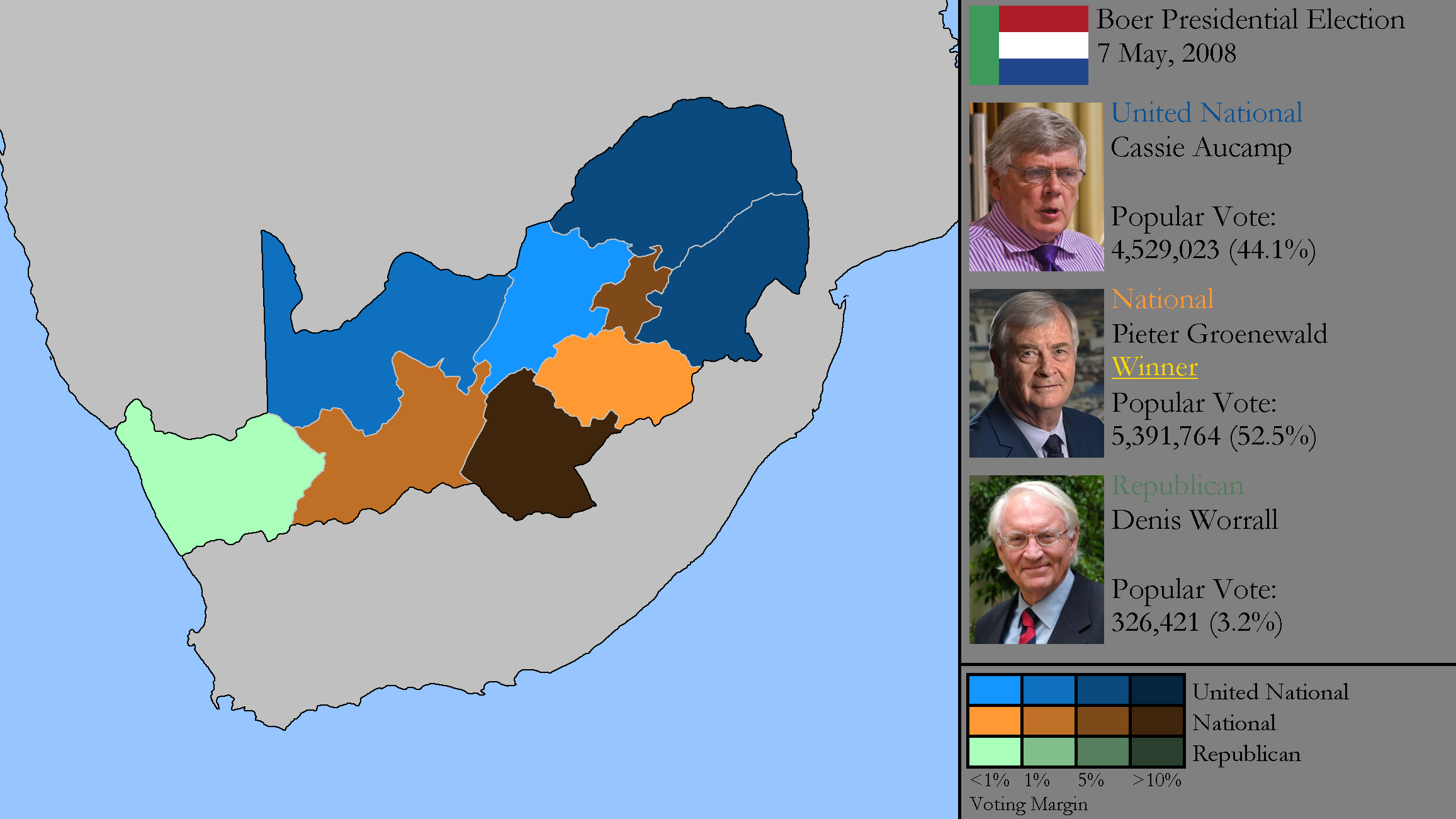 The 2008 Boer Presidential Election resulted in Pieter Groenewald being reelected president, defeating Cassie Aucamp. Groenewald became the first president to be reelected in the history of the South African Boer Republic. Although wanting to step down, like all his predecessors after serving a single seven year term, the National Party bosses pressured him to run for another term fearing the political newcomer Cassie Aucamp. Aucamp’s United National Party had pulled away many National’s to his newly created party. His party advocating to intensify Apartheid after Groenewald’s reforms increasing Black education and freedom of movement within the Bantustans. As well as wanting leave the Good Friday Agreement, which was the main concerned most Nationals. While Republican Denis Worrall had been unable to gain further support among Whites as he called for greater rights for Blacks.

This would become the first truly contested election in Boer history, as previous elections made it so Blacks were removed for the voter roll, in doing so unable to vote for the Republicans, the most likely party and only party really contending National Party control over the nation.

Nationals called Aucamp unfit and inexperienced for the Presidency, while Aucamp called Groenewald’s administration going against the Whites of South Africa and putting them in jeopardy. Most still Groenewald win the election, with average citizens concerned about Aucamps rash and unstable leadership.

Groenewald would win the election by more than 6%, defeating Aucamp. With only minor protests from United National voters that would die down with in the week.
Last edited: Sep 14, 2019
Boer Presidential Election, 2015 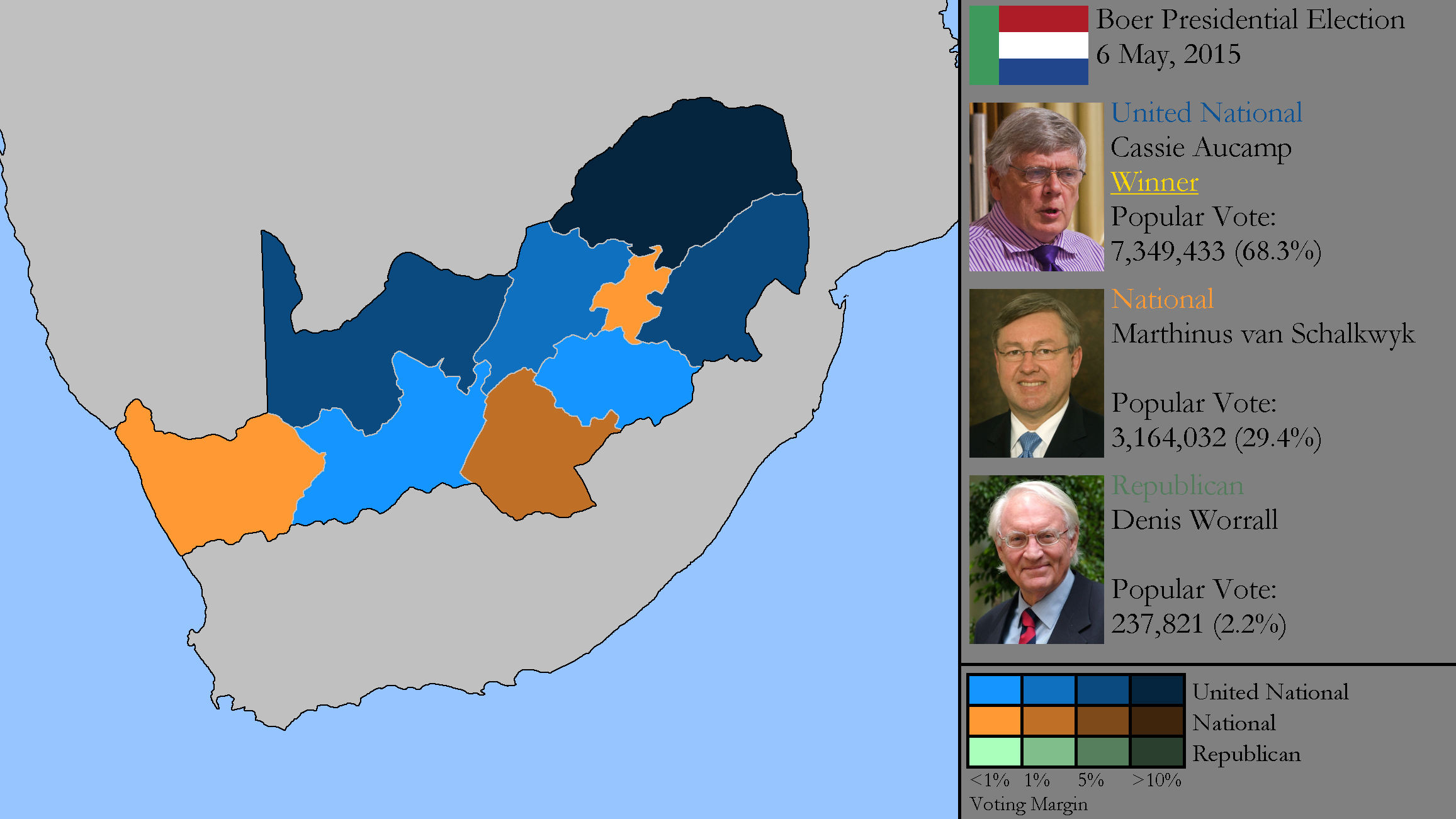 The 2015 Boer Presidential Election resulted in Cassie Aucamp defeating Marthinus van Schalkwyk. Aucamp became the first non-National Party President in Boer history. Riding on the hatred of the National Party becoming more moderate towards Blacks. van Schalkwyk was selected by the Nationals as their presidential candidate, after Groenewald refused to run for a third term. Aucamp vowed to reform many of the reforms that the Nationals had passed, which increased rights for Blacks, including taking away publicly funded education and public utilities within the Bantustans. And most concerningly the exit of the Boer Republic from the Good Friday Agreement.

Many Republicans, knowing Worrall had no chance of winning and fearing an Aucamp presidency, voted for van Schalkwyk as a result. Though this would do little as Aucamp would win the election by around 40%, van Schalkwyk. Protest to Aucamps victory would occur all the way to his inauguration on 1 June, with fights between Aucamp supporters and National moderates in the streets, which would be violently put down once Aucamp enter office.
Southern Africa Demographics, 2019 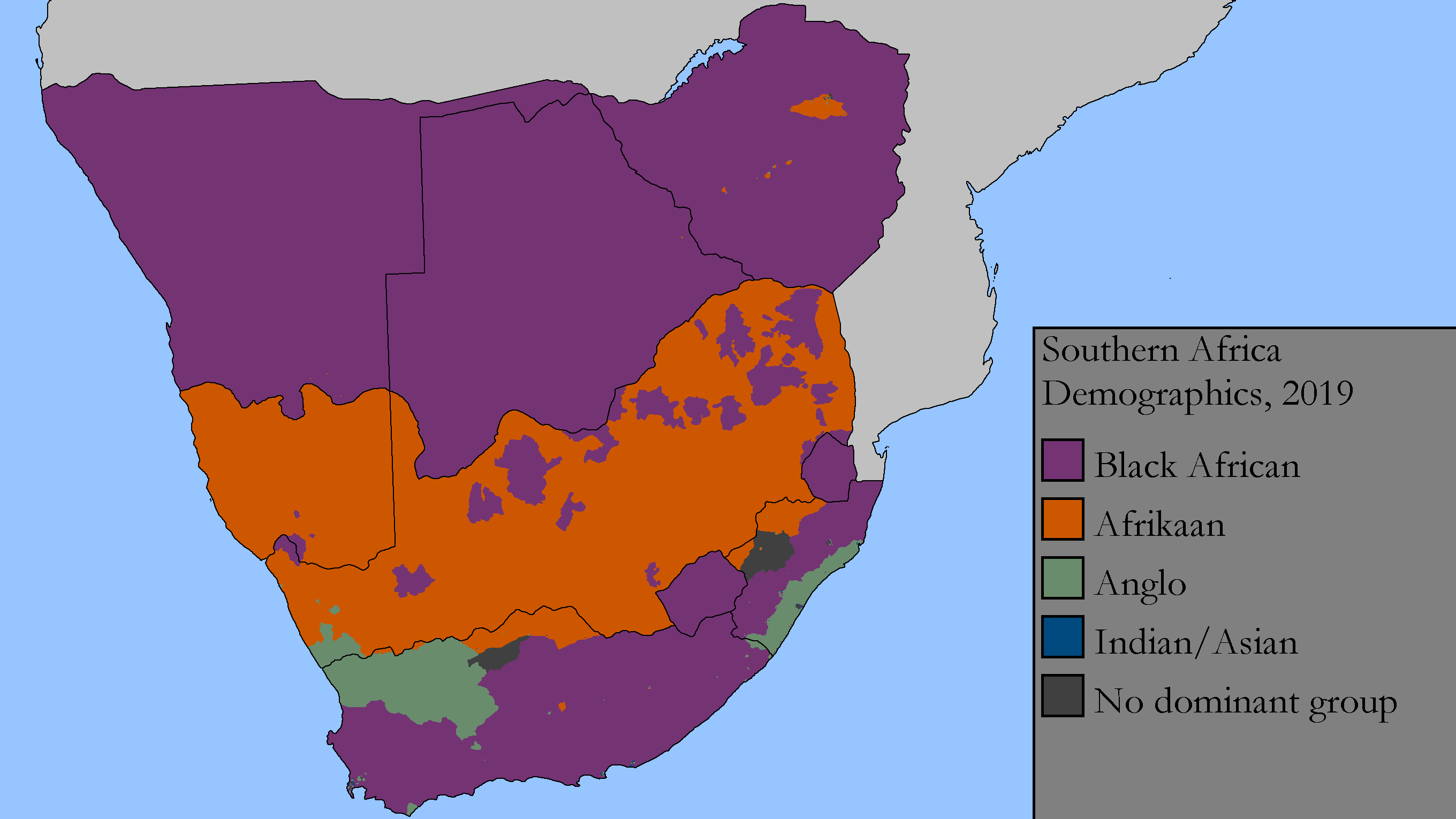 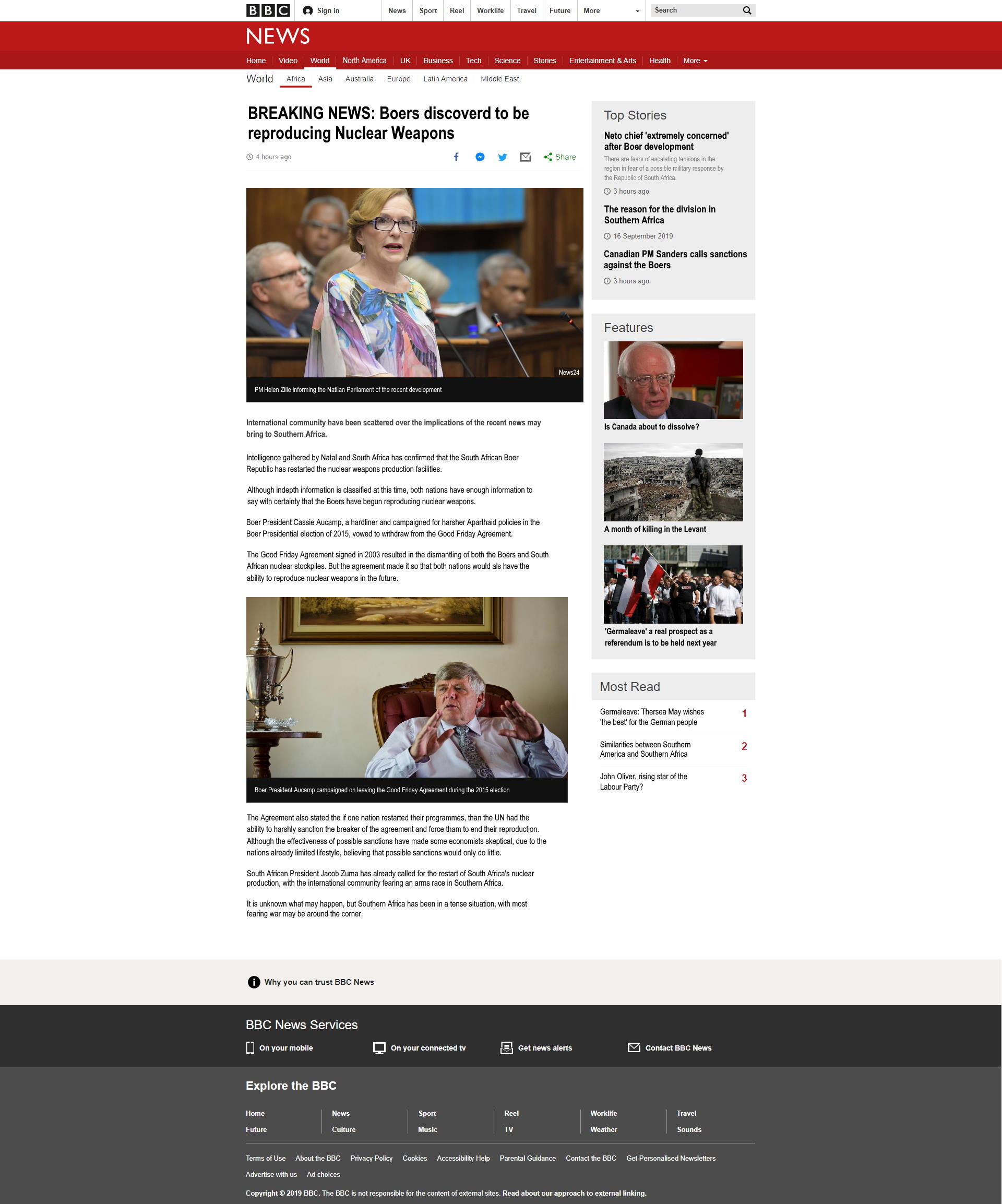 It's a very detailled Lore, I am pretty sure you will get more success if you do story about a region or a country
List of Secretaries-General of the United Nations General Assembly (1946-Present)

The office of Secretary-General of the United Nations General Assembly was intended to be speaker position, presiding over and maintaining order over the work of the assembly. This would quickly change under the leadership of Eleanor Roosevelt, who was appointed US Chief Delegate to the assembly by President Garner. Her tenure saw the conflict of the Suez Crisis, or the First Suez War, between the British, French, Egyptians, and Israeli rebels. Roosevelt would soon involve the international community to the situation and pressured all parties to end the conflict. Increasing the importance and power of the position, due to the veto overriding power given to the assembly, restricting the superpowers from controlling international negotiations and policies of the assembly.
Although the peak influence of the Secretary-General has still remained under the leadership of Eleanor Roosevelt, she would resign from the position to serve as US Secretary of State under President Henry Wallace in 1957, due to the close relationship between the two. Future Secretaries-General would implement a policy of maintaining peace by sending in UN Peacekeepers to conflict zones. Intervening where the superpowers may be overstepping or where the conflict may need to be administered by an international coalition. The United Nations had recently seen more involvement due to both the collapse of the United States and the Soviet Union, with the resulting Second Great Depression depriving many countries of economic stability. This would further weaken the UN as member nations pulled their funding in the organization to rehabilitate their economies.
Under the tenure of Secretary-General Ellen Johnson Sirleaf, the first General Assembly Election was held throughout June to elect delegates to the assembly. Both Sirleaf and the assembly wished for the people of member states to decided on what the functions of the UNshould be doing, so the UN General Assembly and International Assembly would vote in favor of countries voting for delegates to the assembly. While national governments would decide the delegates to the International Assembly. The first election would be held between 10th and 27th of June, although all votes would still be accepted until the end of the year.
More recent activity can be seen under the scandal of Secretary-General Dominique Strauss-Khan, who was found guilty of sexual assault in a court case in France. The resulting leadership election of the Social Democrats chose Mizuho Fukushima as the next Secretary-General. The General Assembly and the International Assembly would also vote on the 26 September 2019 for immediate military intervention in the South African Boer Republic after the discovery of their reproduction of nuclear weapons, the conflict is still ongoing.

Sorry if I got anything wrong about Canadian politics. Nonetheless, enjoy.
(Yes, I got the idea from here) 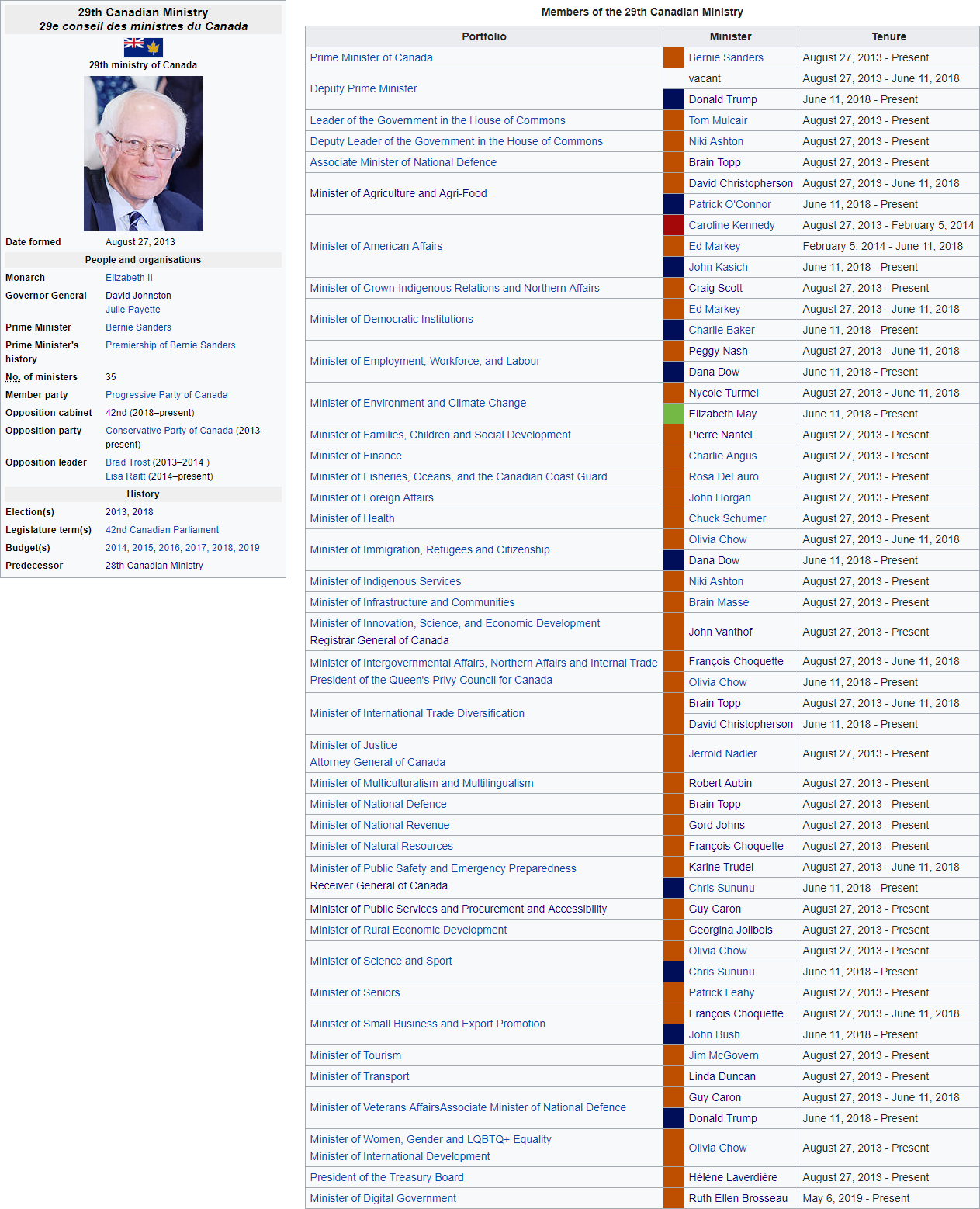 The 29th Canadian Ministry was first formed after the 2013 Federal Election, resulting in the Progressive Party gaining a majority in the Canadian House of Commons. After the Federal Election of 2018, no party was able to gain a majority, although the Progressive's had the most seats they lacked a complete majority. Securing Green Party support, the Progressive's still needed another party to have a coalition, with Liberal and the Conservatives not negotiated the other realistic option were the National American Party. After weeks of talks, the National American Party agreed to join the Progressive coalition in promise of an independence referendum of the American states and positions in the ministry.
Last edited: Mar 31, 2020
2000 United States Presidential Election 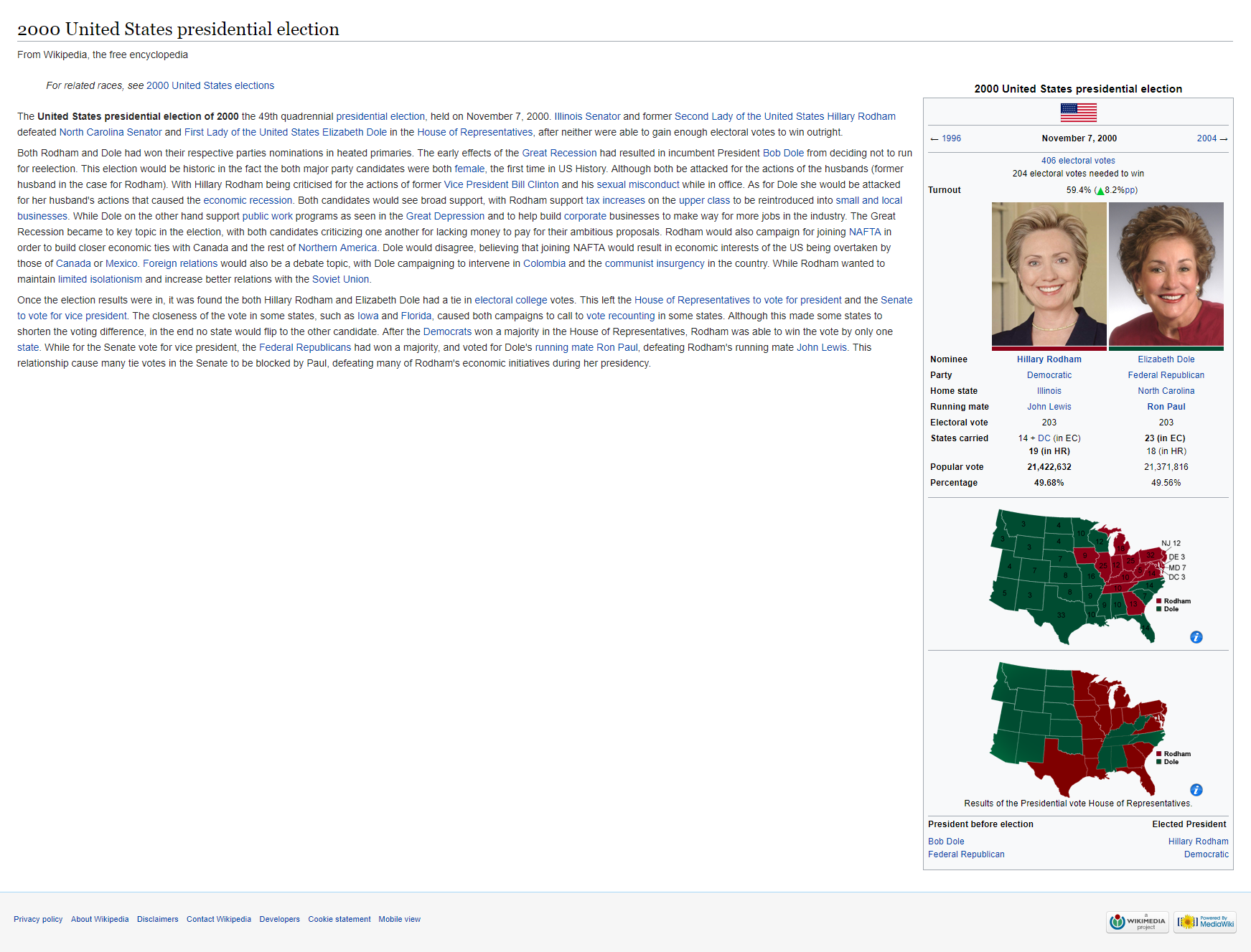