On 1328, Charles IV would recover from his illness and survive for another decade until 1338 but he would not be able to sire another daughter, due to his sister able to convince that Edward III should succeed Charles IV via the female line which the estates of France supported as they know about Philip of Valois, however in this case, Jeanne, the daughter of Louis X would now be the monarch of Navarre and Countess of Champagne as compensation and the daughter of Charles IV and his second wife, Jeanne of Evreux after the death of Charles IV, Blanche would be betrothed to Edward, the son of Edward III and his wife, Philippa of Hainault, this would have made the Kings of England and France related to the direct Capetians directly.

I think the only reason the English are called Anglo-Saxon and not Anglo-Franch was because the Plantagenet could not hold their continental Holdings. Looking forward to seeing more wish you luck and stay save.
Chapter 2

On 1327, Henry the Good of Wroclaw would take the widow Kunigunde of Poland as his new wife who finally gave him a son named Casimir who would inherit the county of Wroclaw and Wroclaw itself would not be absorb by Bohemia even if there was a treaty and the son would renounce the treaty itself as he would have good ties with Casimir III.
Last edited: Aug 1, 2020
Chapter 3 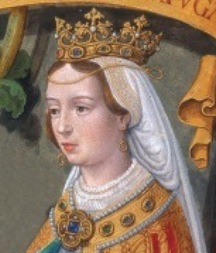 On 1346, Peter the Cruel would marry Isabel dela Cerda as he had sensed the threat of his brother to him as Isabel’s cousin, Juana Manuel would have married his own brother, he would abandon the planned marriage to an English Princess either to Joanna or Margaret, the marriage would quell the paranoia of his mother against his illegitimate brother, Isabel dela Cerda would at least give birth to two daughters, Blanca b. 1349 and Juana b. 1352.
Last edited: Aug 3, 2020
Threadmarks
You must log in or register to reply here.
Top
Top