Gillan1220 said:
Manila will be screwed as with all major cities. Cebu is also screwed. Not to mention the AFP in 2004 was at a very bad state. The PAF's F-5s have been grounded since 2002 and there's only M113s, AIFVs, V-150s, Simbas, and Scorpion light tanks. The Hueys were also aging at this period. The Navy had floating tin cans from WWII and the Cold War. Most of these were patrol vessels, patrol escort vessels, and converted minelayers. The flagship, the BRP Rajah Humabon, is no bigger than a SuperFerry. There were only two Bacolod City-class landing ships at this period (BRP Bacolod City and BRP Dagupan City), which could be used for evacuation.
Click to expand...

Mindanao wont allow the zombies to enter there like Davao

The problem is the outbreak occurred overnight. That made containment harder. Before we know, major cities in the Philippines were probably experiencing outbreaks before radiating out to the rural portions and other island provinces. The PNP and the AFP could not contain it. Not in their bad state in 2004.

Davao would have been overrun even if a certain mayor with a vigilante death squad hunted down the infected as they got too much.

For starters, the AFP still used old M16s and M14s from the Vietnam War. Some of these Elisco M16s were prone to jamming. Many were refitted with A2 handguards just to look new. If memory serves, FMS provided some refurbished M16 surplus from the United States.

The average soldier in the 2000s looked like this. Picture taken in 2003. Notice there is no protection from bites, no load bearing vests, and the soldier is using a boonie hat for head protection.

Here's a photo of Philippine Marines in 2004 during Balikatan of that year, held in March. 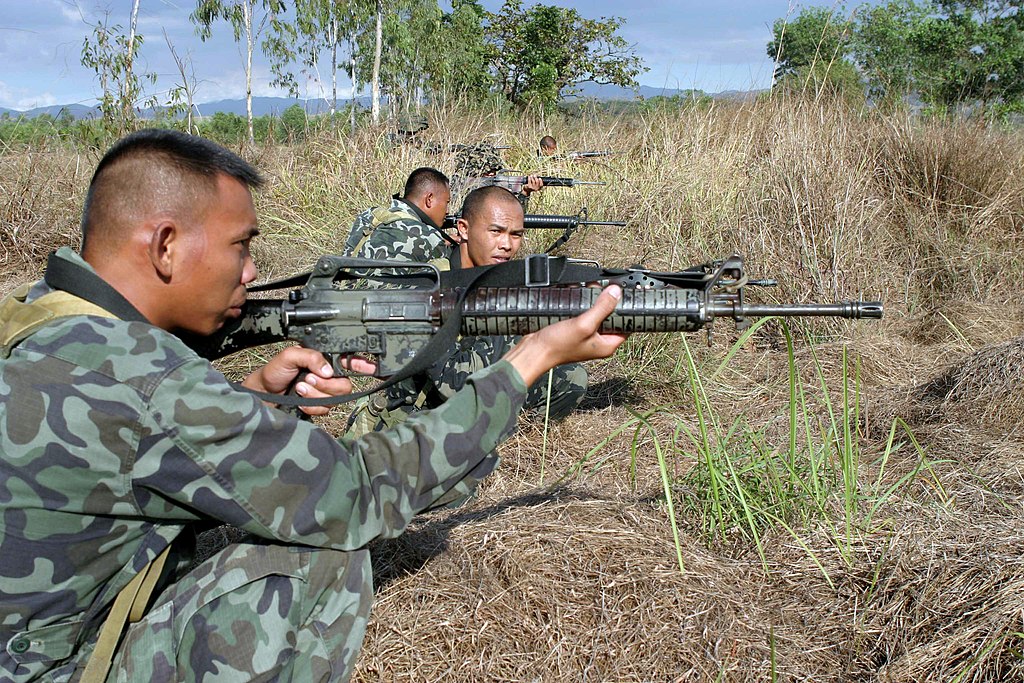