Bohemian Revolt of 1618 started the Thirty Years' War between Catholics, led by the Emperor Ferdinand II and Protestants, led by the alliance of states within the Holy Roman Empire, supported by the Polish-Lithuanian Commonwealth, Jagiellonian Bohemia, France, Sweden and the Ottoman Empire. War had ended on 1948 with the peace of Westphalia following fall of Vienna to the Turkish hands.

Is Poland-Lithuania Protestant? Since it's supporting the Protestants in the Holy Roman Empire.

Easyg said:
Is Poland-Lithuania Protestant? Since it's supporting the Protestants in the Holy Roman Empire.
Click to expand...

Yes. It's the Polish National Church, an OTL concept based on Calvinism. 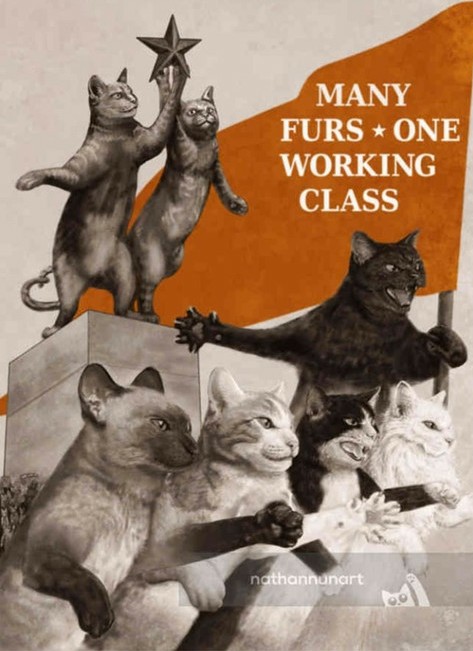 It's August 30, 1918. Fanny Kaplan shoots and wounds Vladimir Lenin. Connection between him ans his cat is severed, leading to the partial transport of Lenin's memories into his unnamed cat's brain. Memories of the October Revolutions, the struggle against the Provisional Government awakens cat's self-awareness and leads to the gaining a human-like intelligence. An outburst of energy created by the cat's brain awaking sends an electromagnetic waves across the world, causing thousands if not millions of cat's brains to be awoken and brought to the intelligence. Rebelling against their human masters, most of them are killed by the bourgeois armies of pest-killers. However, some of them survived and made telepathic bounds with their owners. One of them, Comrade Karl who was a companion of Vladimir Lenin (Lenin did not named his cats nor owned them but cared for them instead) named himself after long dead creator of communism and helped his comrade to fully recover. The Red Menace of cats seizing the means of production and sparking workers' revolutions across the world had scared the world. The Red Menace of the Soviets of Workers, Soldiers, Peasants and Cats brought the Russian Civil War to end by 1919 and attempted to export the Revolution to the other countries but this mostly failed due to massive resistance from the Western countries. At least, the Soviet Union has a way less mice as the cats started to employ more sophisticated methods of catching them, forcing remaining mice to the selectively created farms where they are held as a livestock. In Western countries one can see an increasing Cat Scare - for example, several states inside the United States had passed laws that prohibited agitation on behalf of cat's civil rights or even allowing them to reproduce.
You must log in or register to reply here.
Top
Top