Donor
Howdy! This is a place to actually post and organize anything from my cover of Devon Moore's Great White South timeline. I have his permission to freely post my re-interpretation and further exploration of the setting he created. Not to say that this will simply be an update for that timeline, I have many things in store for this new path. Any comments, questions, and even your own submission for this timeline can be posted here, but I do retain full creative control. Hope y'all like it!


Below 60 Degrees South there is no Law

Below 90 Degrees South there is no God 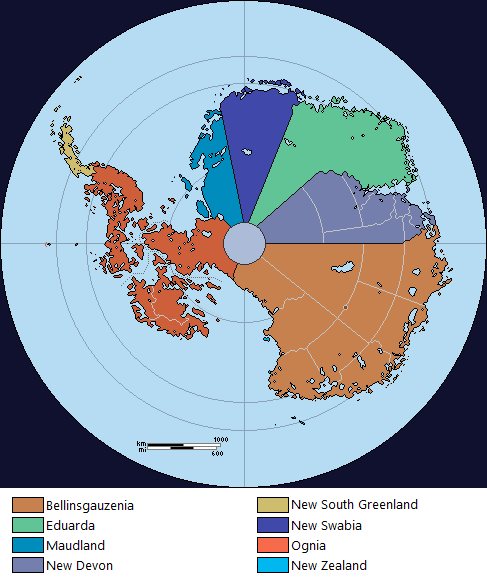 ​
Pictured here is a political map of Antarctica in 2018, 100 years after the initiation of the Russian Civil War, which set the continent on it's current trajectory. Bellinsgauzenia, decades after shedding it's fascist government, is starting to flex it's muscle on the world stage for the first time. It's presently in a tug-of-war with it's closest rivals, the western bloc of Eduarda, Maudland, and New Swabia, for the partnership with New Devon, the source of the most violence and hope since the New Swabian Civil War in the 80's. The Ognian Confederation is making some moves at closer ties with major powers, if only for more wealth to keep it's fragile confederation together. All while New South Greenland continues to be a sleepy fishing county that's held down by the largest United States Military complex outside of the Americas. Change is coming in it's many forms, Political rifts, climate shifts, container ships. Where will the next 100 years take the Great White South?

I saw all the maps on the Map thread and am now quite interested in this. First thing I want: details on Antarctica’s native peoples.

Vlad von Carstein said:
I saw all the maps on the Map thread and am now quite interested in this. First thing I want: details on Antarctica’s native peoples.
Click to expand...

Dark as night, and speak weird. We coughed on them and they all died lol #Yolo #Naenaed #Oof #Colonization

Vlad von Carstein said:
I saw all the maps on the Map thread and am now quite interested in this. First thing I want: details on Antarctica’s native peoples.
Click to expand...

Glad you're interested! I'll go into more detail later on (infoboxes incoming in the next week) but here's an very brief overview along with a map!
-

Locations and densities of Antarctic Indigenous Populations before European Contact 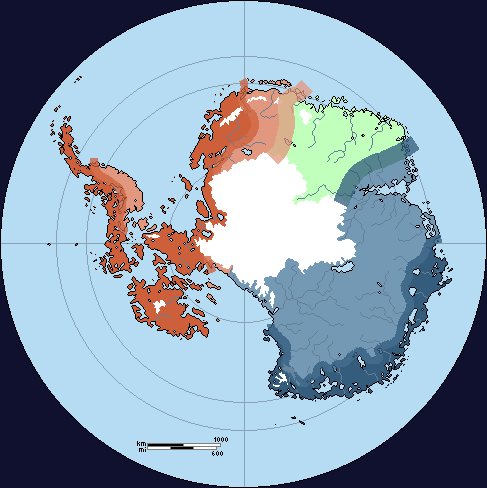 ​
Ognian Peoples: Originated with the Yaghan peoples of Tierra del Fuego in South America, their ancestors were the first humans to step foot on Antarctica in approximately 10,000 BCE. Spreading across all of what is considered Western Antarctica, most heavily settling the Western Antarctic archipelago. In the present they're considered the most "successful" indigenous group in Antarctica, after breaking free from Russian colonial government during the Russian Civil War and forming several separate states under the patronage of several world powers. Since the collapse of the Soviet Union and the liberalization of Bellinsgauzenia the Ognian-majority states have formed a confederation.

Antarctic Māori: Closely related to neighboring New Zealand Māori, the foundations of these people were laid in approximately 1250 CE shortly after the discovery and settlement of New Zealand by the Māori mariners. The Antarctic Māori settled primarily along the coasts, rarely venturing far inland to the tundra. Today they're the largest non-European people group in every nation in Eastern Antarctica and the only non-Ognian native Antarctic peoples in the Ognian Confederation, having been deported there by Russian colonial governments in the years leading up the the Russian Civil War.

The "Virgin Country" was the only remaining major piece of true Terra Incognita on the earth prior to it's discovery and settlement by first British, then German colonists. There remains some debate among contemporary anthropologist and Archeologists about the size and veracity of the Virgin Country.

I like it. I wasn’t expecting the Māori to colonize Antarctica, good for them. I’m guessing there are still cultural ties between New Zealand and the East Antarctican nations?

Vlad von Carstein said:
I like it. I wasn’t expecting the Māori to colonize Antarctica, good for them. I’m guessing there are still cultural ties between New Zealand and the East Antarctican nations?
Click to expand...

Antarctica and New Zealand are pretty close by, there's even some debate today about whether the Māori made it to Antarctica OTL. And with regard to New Zealand's realtions with the continent, sure the Māori of both places have friendly relations, and the fellow former colony Eduarda are very close, but New Zealand and Bellinsgauzenia are... frosty to say the least.

I went through and read a lot about this after I found this thread today. I've been kicking around ideas for a Future History/ASB thing set in a habitable Antarctica and this has been really interesting.

Banned
I would love to see more updates @Tyche because this is interesting.

Gian said:
I would love to see more updates @Tyche because this is interesting.
Click to expand...

Thank you! Coming Soon to a thread near you...

Tyche said:
Thank you! Coming Soon to a thread near you...

It's funny, because I'm actually working on something quite like this: 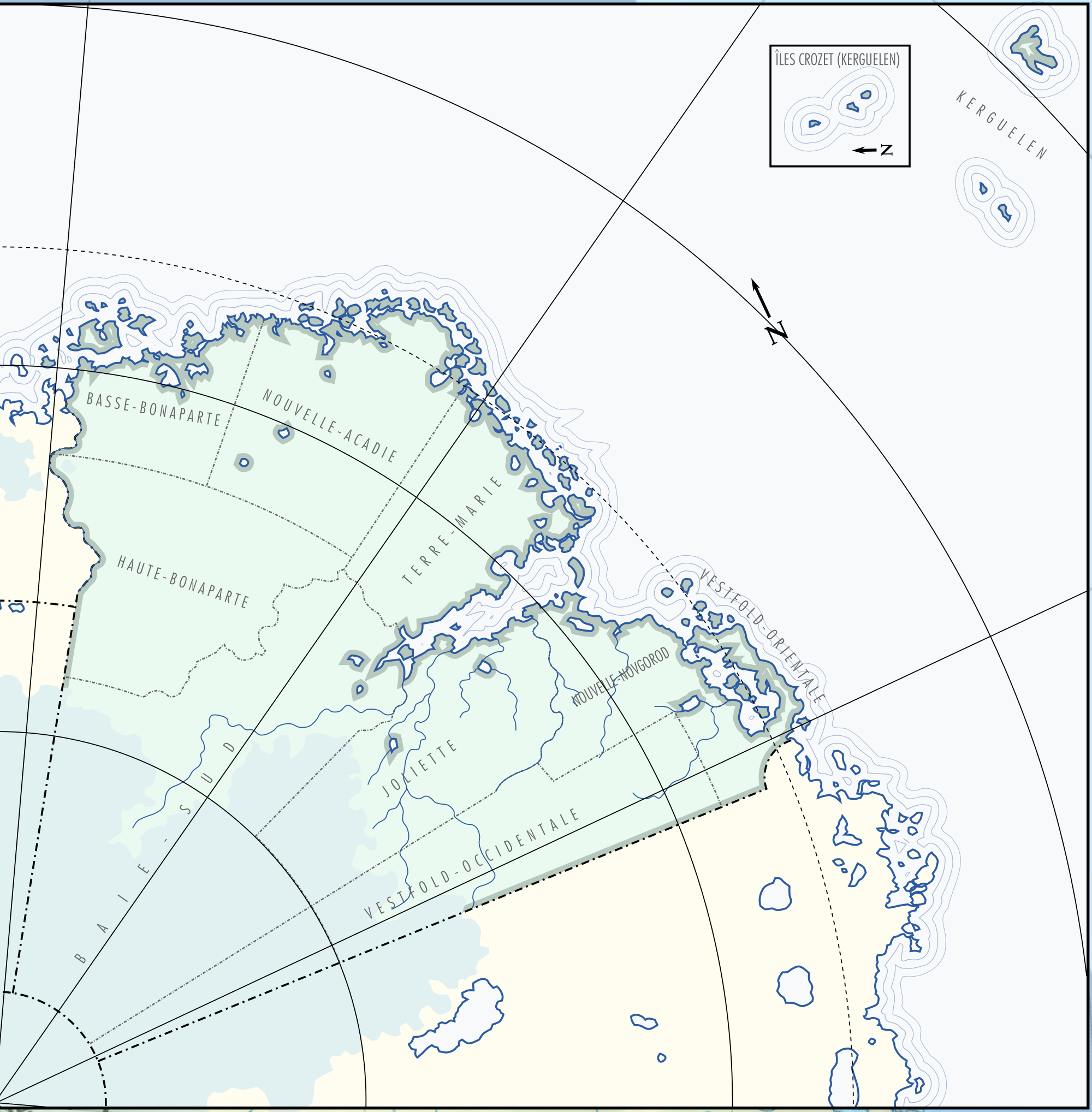 Gian said:
It's funny, because I'm actually working on something quite like this:

Antarctic France huh? You gonna keep the literary reference or do you have a more creative name?
Threadmarks
Reader mode
You must log in or register to reply here.
Top
Share:
Share
Top