Alternative Map of the World 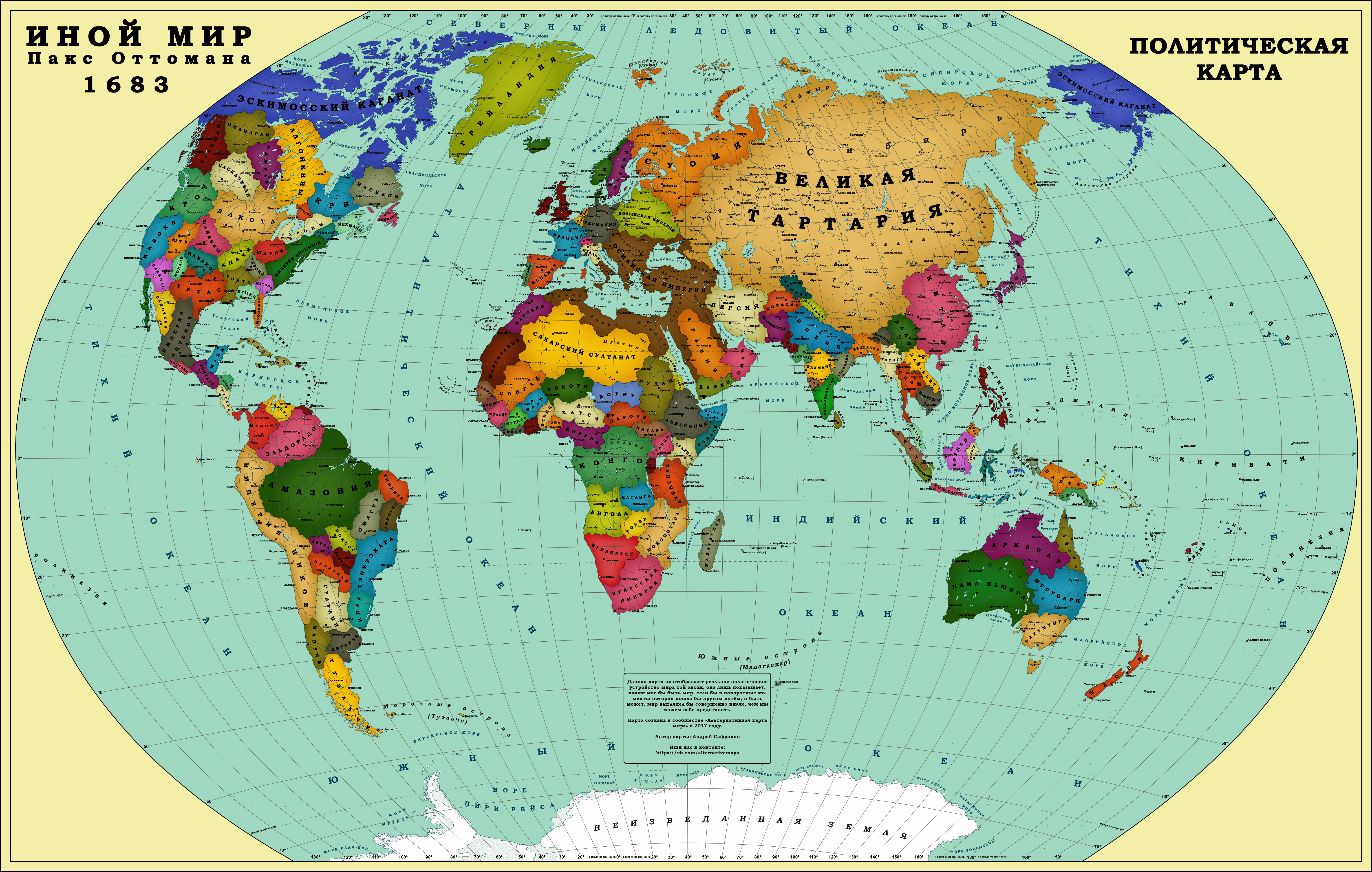 Okay, so, let me summarize what I see here.
- A hyper-Finland which has a capital in OTL St. Petersburg called "Packaging" ("Pakkaus")
- "Empire of Volhynia" with Polish-Lithuanian Commonwealth borders, and Kiev does not exist
- A united Germany in 1683 with a capital in Berlin, for some reason
- France with OTL borders in 1683 (at least, I assume it's 1683, because that's what written in the top left)
- Hyper-Tartaria, with a capital in... Tobolsk of all places (a city founded in 1590 by Russians, who are strangely not present)
- Hell, Hyper-Tartaria has cities which, to my knowledge, either did not exist in the 17th century or were completely irrelevant (Chelyabinsk, Novokuznetsk and Yakutsk come to mind)
- China with a capital in Shanghai (a city which is only relevant because it was a Western legation city, so it's capital status is weird as the West seems to be weak as hell)
- The New World, Africa and Australia have zero Western presence, all of it is divided between local nations, who are often random and outright funny. My top best are "Eskimo Khaganate", "Iroquois Empire", "Amazonia", "Sultanate of Sahara", five random Australian nations, and a region in northern Greenland called "Snow".

I mean, it's certainly well-made and unique...

but you need a lot of explanations on what the point of divergence is and how all of this came to be.

Come on man, this site has feelings too

The State of Sealand

Moderator
Alexey, you make really good maps, but your presentation still leaves somewhat to be desired.

The State of Sealand

but he's Andrey (Андрей), not Alexey

The State of Sealand said:
but he's Andrey (Андрей), not Alexey
Click to expand...

I forgot the name of my dear friend )) all I wanted was for him to not be rude to people))
You must log in or register to reply here.
Top
Top