Hexcron said:
What website/software do you use to make wikiboxes? I use Wikipedia, and have uploaded maps there, but I've had some of them deleted for being out of scope, and I'm afraid I might get banned if I keep uploading them.
Click to expand...

Not OP, but personally I just use the visual editor on Wikipedia without saving the changes, and edit any small details like the pictures and electoral maps on paint.net, the former by deleting the frames of the original pictures inside paint.net, then taking any image I want and putting it a layer behind the wikibox, shrinking it until it fits (your image does not need to have the same ratio for portraits), the latter by using the Recolour tool and having a steadyish hand
I hope this was understandable enough, if not, I'll post a step by step guide if you want me to, as for now here's a really old image I made for a Discord election game as a proof of concept

In a tower lives an old man, 3 centuries old. Beneath him live 3 billion souls in states that range from ecstatic luxury to abject slavery. They're his. Across the polluted wastes of the planet other great Hives of humanity can be found. Hundreds of billions more live and toil and die there. They're his. Beyond, his planet, two hundred more compose the Hesteron Sector. Some are paradise, some are hell. Every year billions of soldiers that compose countless Imperial Guards regiments die fighting xeno abominations, heretical insurgencies, or other horrors made manifest. Every year Ships the size of continents battle among the stars, pitched in battles that will have every consequence, but will be heard by none beyond the cold void. Every year the Inquisition watches, sometime executing entire worlds on suspicion alone that foulness might've touched them. Every year Rogue Traders compete for trade routes and commercial contracts that place entire star systems at their mercy, in a mercantile arrangement that ensure the tiniest fraction will have more wealth than the rest combined.
All this the old man watches. All this he tries and control. But he knows he has no control. He knows he is not special. For in the Imperium of Man, only the Emperor truly rules.
-------------------------------------------------------------------------------------- 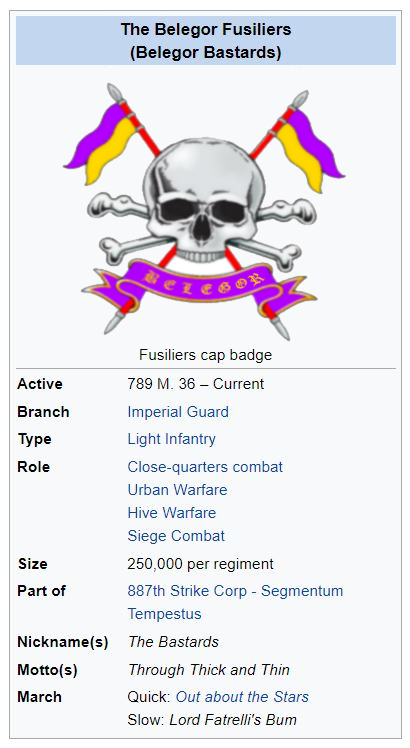 Infobox of the Heavenly King Hong Renkun in my TL Spring and Autumn of the Heavenly Kingdom. The portrait is made from AI face swap between this artistic depiction of Hong Xiuquan OTL and a photo of the Chinese warlord Long Yun, with some additional details added on FaceApp. 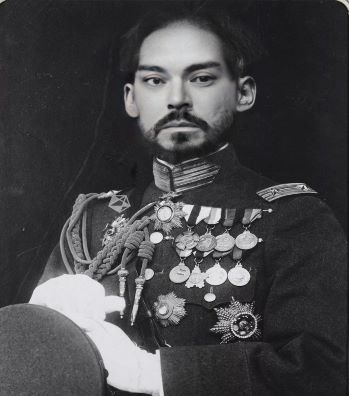 What if Caligula had time.

The 2022 World Cup draw in an alternate universe that I made for fun. Divergences include:
- Yugoslavia and the Soviet Union still exist. Belgium does not.
- The United Kingdom plays as one.
- Canada never lost interest in the sport and it takes hockey's OTL cultural relevance.
- Spain and Portugal are serial underperformers.
- Eastern Europe, Turkey and Austria are still good at football. 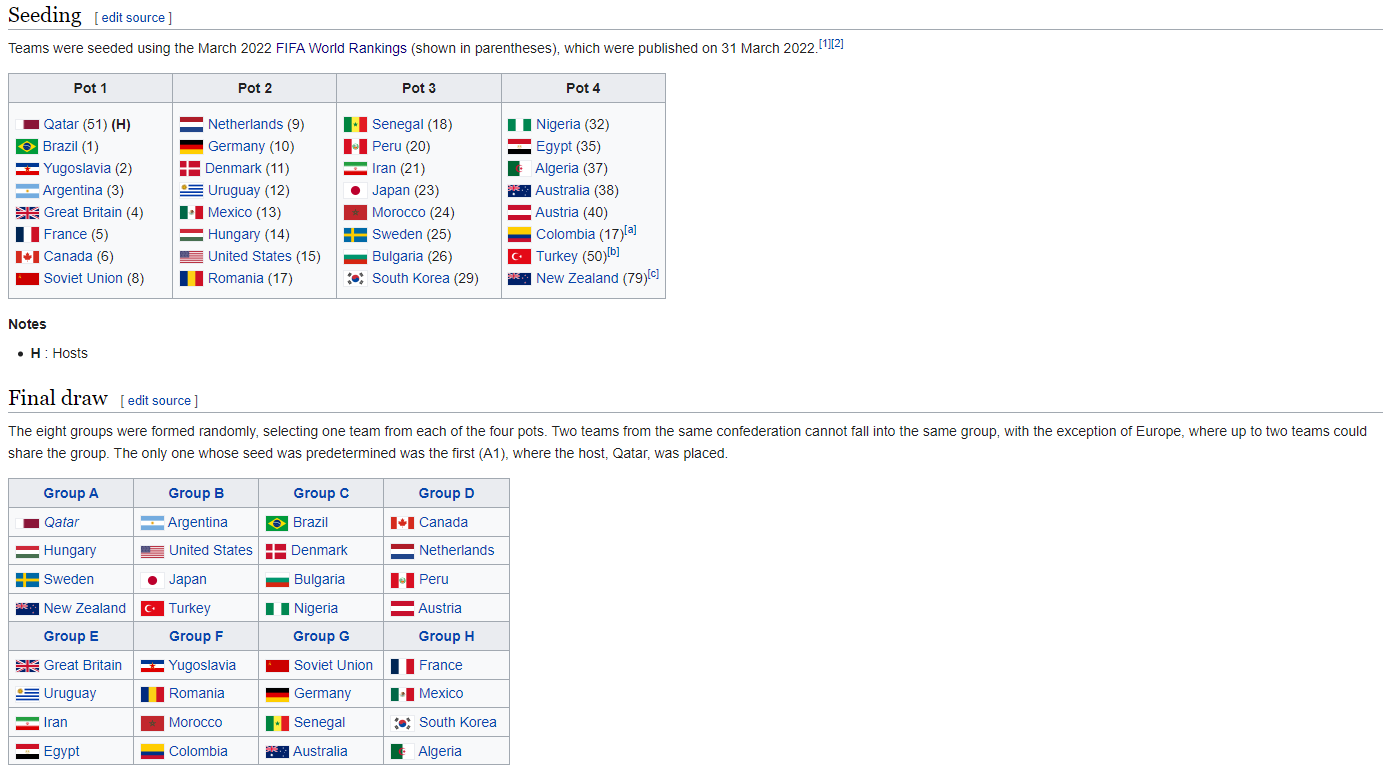 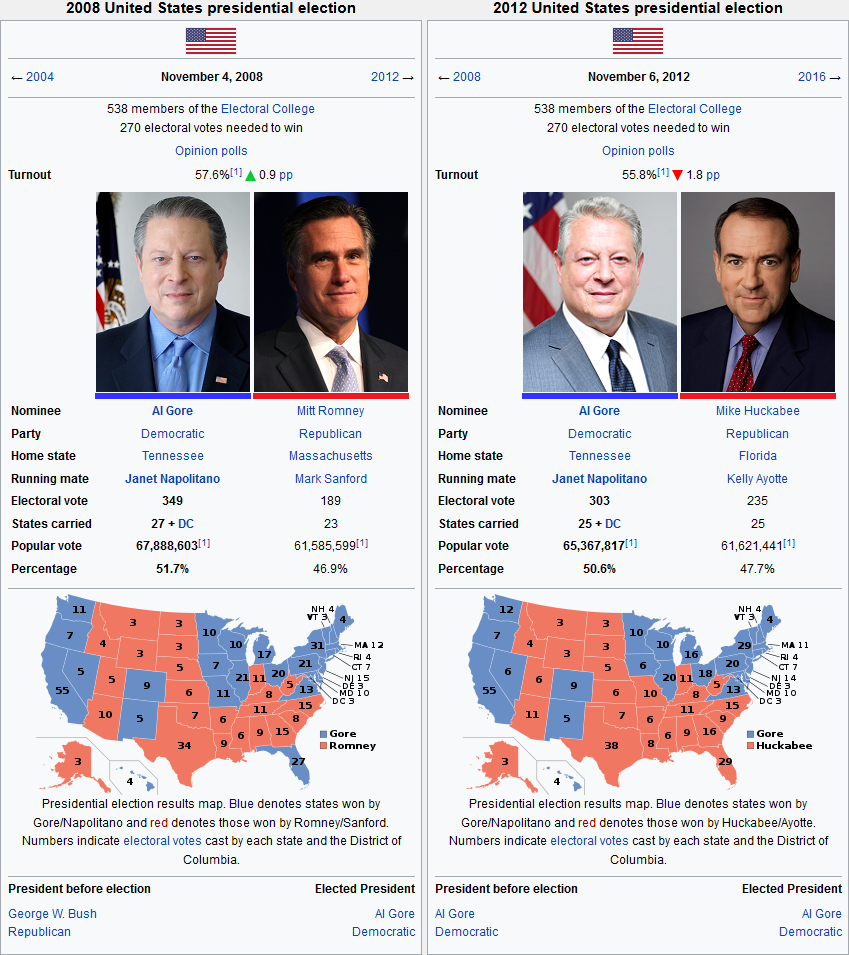 (Thanks to @True Grit for the 2nd term Gore portrait)​

(Thanks to @True Grit for the 2nd term Gore portrait)​
Click to expand...

I'd post 2016 and 2020 here if I could, but they'd be considered current politics. But if anyone wants to see them, they're in my test thread!

I assume someone supported his old Master a bit to heavily and he got murdered as well when Caligula fell?

CanadianTory said:
I'd post 2016 and 2020 here if I could, but they'd be considered current politics. But if anyone wants to see them, they're in my test thread!
Click to expand...

I was going to say something about putting your infoboxes of the 2016 and 2020 elections on Current politics Wikipedia infobox thread, but then I realized that you already put them there last night. 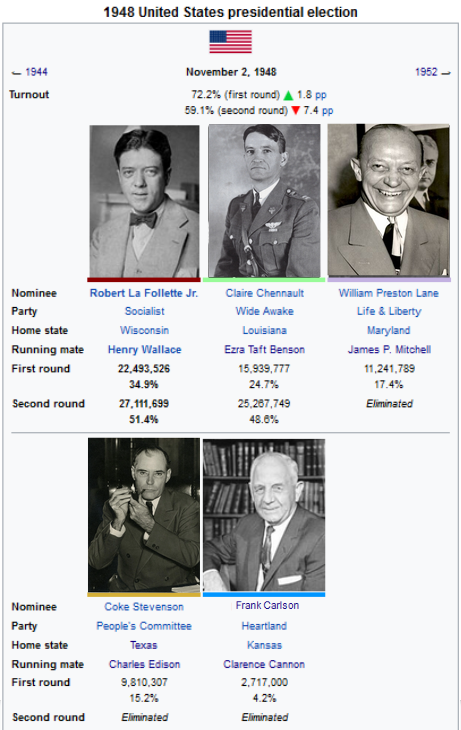 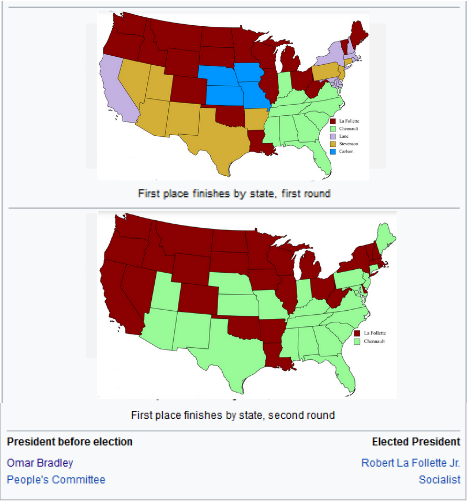 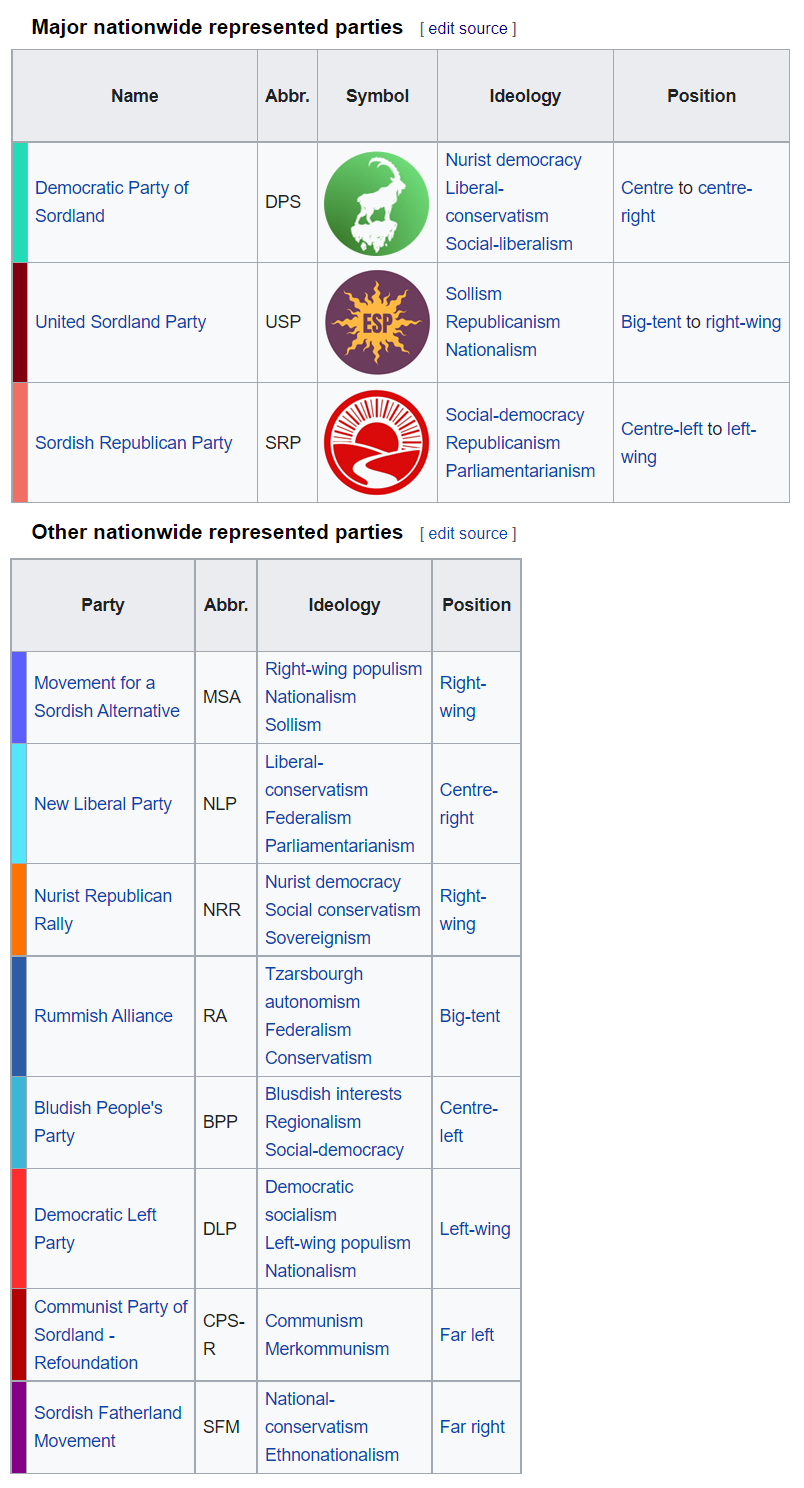 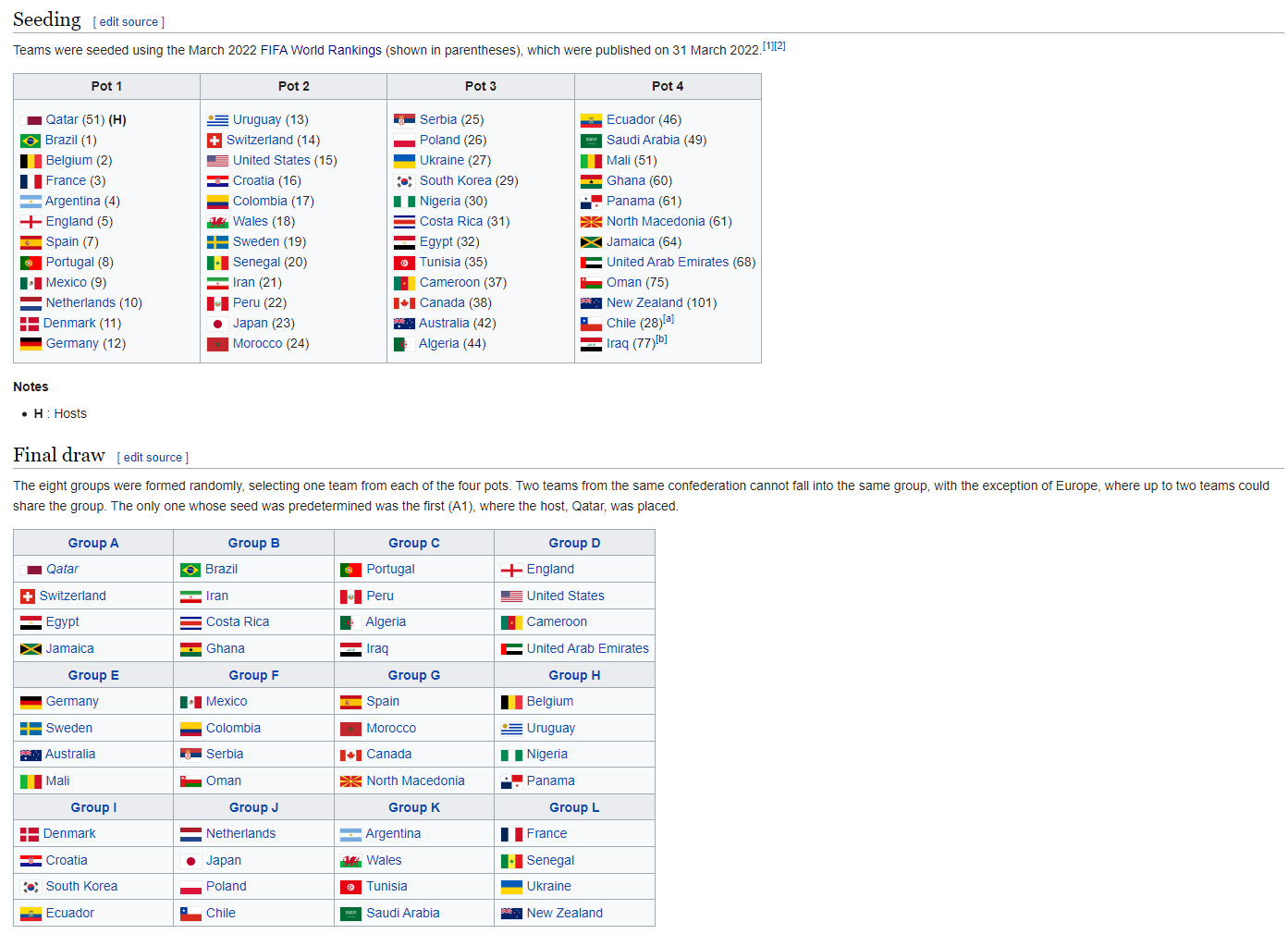 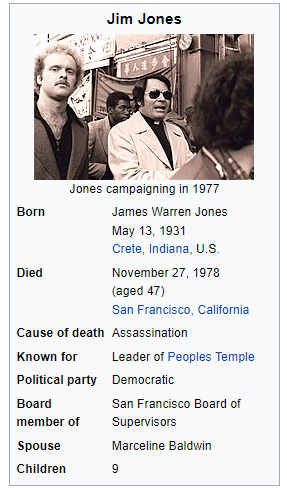 James Warren Jones (May 13, 1931 – November 27, 1978) was an American preacher, and political activist, briefly member of the San Francisco Board of Supervisors.

He led the Peoples Temple, a new religious movement, between 1955 and 1978. Highly respected during his lifetime for his implication in the Civil Right Movement, even seen as a martyr per his followers after his assassination, the public opinion on Jones changed after his death and the discoveries of numerous abuses inside his cult. He remains a polarizing figure to this day.

As a child, Jones developed an affinity for charismatic Christian faith. Jones founded the organization that became the Peoples Temple in Indianapolis in 1955. The next year, Jones began to be influenced by Father Divine and the Peace Mission movement. Jones distinguished himself through heavy civil rights activism, founding the Temple as a fully integrated congregation, and promoting socialism. He opposed Jim Crow Laws, organized sit-in in segregated restaurants, and launched multiple actions to promote desegregation in Indiana hospitals.

This would put him and his church in jeopardy against conservatives and reactionaries elements of the society; culminating in death threats per the local antenna of the Ku Klux Klan.

This leftist engagement would be achieved per the Martin Luther King Jr. Humanitarian Award, granted among others civil rights figures in 1977.

In 1965, Jones moved the Temple to California. The group established its headquarters in San Francisco, where he became heavily involved in political and charitable activity throughout the 1970s. Jones developed connections with prominent California politicians and was appointed as chairman of the San Francisco Housing Authority Commission in 1975. His proximity with the mayor of the city, George Moscone and Harvey Milk, the first openly gay man to be elected to public office in California, was publicly known as fructuous.

Beginning in the late 1960s, reports of abuse began to surface as Jones became increasingly vocal in his rejection of traditional Christianity and began promoting a form of communism he called "Apostolic Socialism". Between closed doors, Jones became progressively more controlling of his followers in Peoples Temple, and making claims of his own divinity; like Father Divine used to. in his own cult. Many followers turned over all their income and property to Jones and Peoples Temple who directed all aspects of community life. He is for this fact, considered as the first guru, in the modern, pejorative acceptation of the term.

In 1974, rumours of abuse started to leak in the media. Because of his political connections, previous good press and personal praise per future First Lady Rosalyn Carter, Jones manage to avoid the scandal. He would, however, consider exile out of the United States. According to the testimony of former members of the Temple, the original plan was to build a socialist paradise free from the oppression of the US government.

Some members were sent abroad in a remote area in Guyana, to consider the operation.

Jones never went on with this plan, tho, dismissing this idea when journalists asked about it. In 1978, Jones ran for the 8th district of the San Francisco Board of Supervisors, claiming to want to help further the black community of the city. It seems now more likely that Jones searched political protection nearby his friend, the mayor George Moscone. According to papers found in Jones' office after his death, it appears that the preacher aimed for the post of mayor itself at the end of Moscone's tenure.

Jones won the district, even if rumours of large ballot fraud were spread afterwards.

In November 1978, United States Congress open an inquiry against the Temple, and member Leo Ryan was charged of the investigation. On 27 November, Jones' defeated rival for the 8th district, politician Dan White, managed to get into the city hall with a revolver, which he used against Jones and mayor Moscone. Both men were killed on spot and White was captured per the police. Supervisor Milk was elected acting mayor per the board overnight and would later became the first openly gay mayor of the city.

Ryan investigation proved that the majority of the abuse and mind control were factual. Tho, as no death nor physical injury ever occurred in the cult, none of Jones' lieutenants faced prison, and only the top members were fined at civil court.

To this day, Jones remains a disputed figure, praised for his efforts in civil rights, and equally seen as a psychological and financial abuser.

His church continues to this day, fighting for racial equality, Jones seen as martyr by the followers of the Temple.

Oh, yes, I just changed the format because I really, really don't like groups of 3

Atzyn said:
Oh, yes, I just changed the format because I really, really don't like groups of 3
Click to expand...