Georgepatton said:
I don't have a write-up for this because my head aches from reading too much about Nazi atrocities, you'll just have to fill that in for yourself, kids.

(map is adapted from an original that, as best I can tell, can be found here)
Click to expand...

Crossposting from my TL: 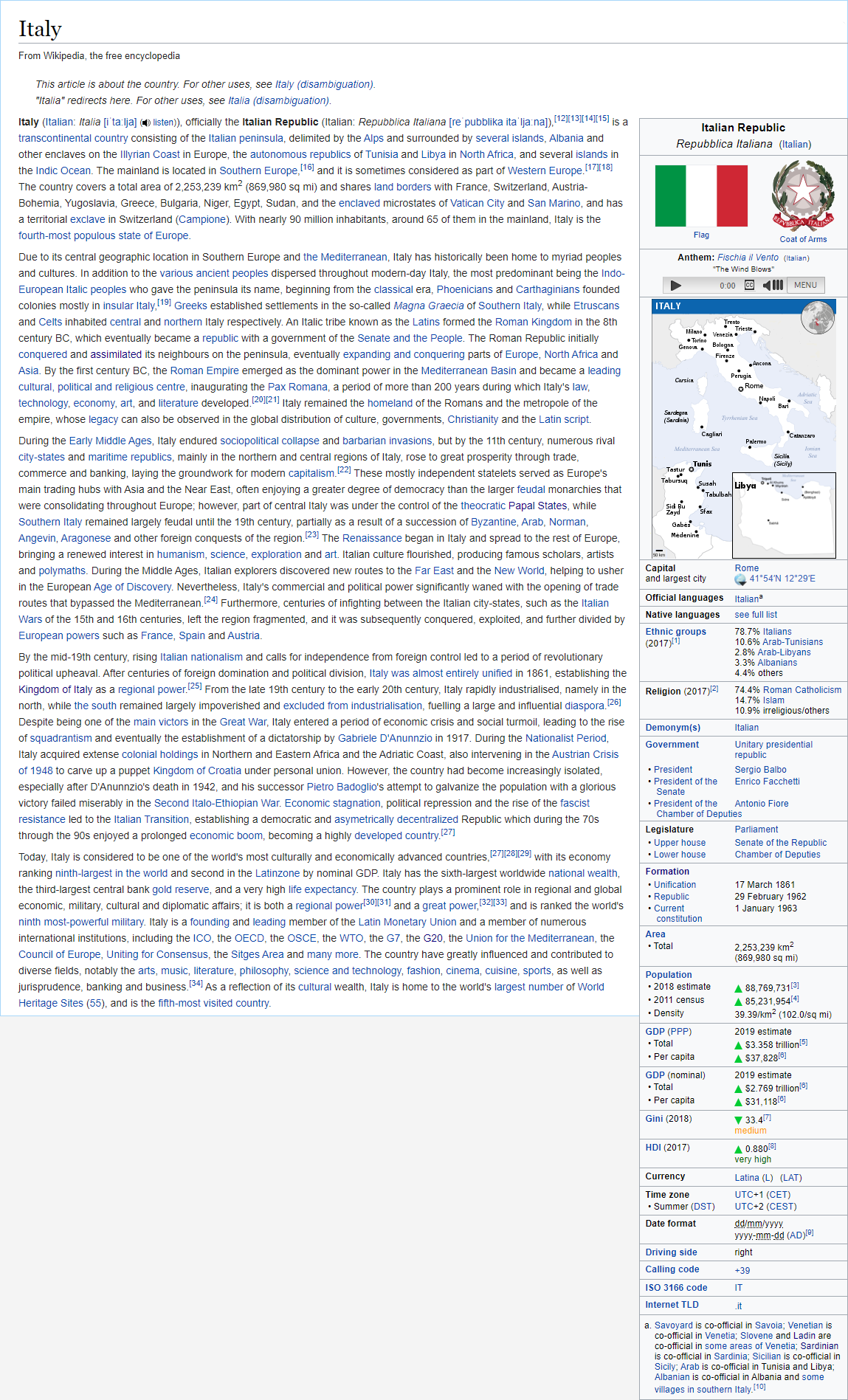 One of the Senators from Sonora in my Desire the Right TL, who may or may not be Netanyahu

European economic organisation in Poland-Bohemia timeline, something more akin to EEA/EEFTA than EU (as in being more of customs union as in name than supranational goverment), it has Council with Rotational Presidency of heads of states of member countries (currently the Holy Roman Emperor) and Secretariat doing day-to-day work.
Im also thinking about making a separate thread for this timeline (perhaps allowing some collaborative work as i dont have enough knowdlege in all areas and POD is pretty far bac) although I don't know how much people would be interested it.

Hopefully this doesn't belong in current politics; it's from a larger alt-universe of mine, but the differences might be too subtle.

Now for some more random content for my Desire the Right TL that has nothing to do with Patagonia!

Peyton said:
Challenge: make an election wikibox using this for the map.
Click to expand...

Which resulted in two of my favorite, most creative wikiboxes I have seen

So I'm reviving this challenge. This time, make an election wikibox using this for the map.

Uebeltank said:
>not even including the map the challenge requires
Click to expand...

Also, Omar is ineligible to be either president or vice president since she's a naturalized citizen.

don't ask too many questions

Uebeltank said:
Eh whatever. Not going to bother with the wikibox anymore for now.

Also, Omar is ineligible to be either president or vice president since she's a naturalized citizen.
Click to expand...

Yeah I didn't realise I was in the wrong thread when posting it.

The 2016 Election was a landslide for the National Commonwealth Party, a merger of the Republican and Democratic Parties in the 1930s during the Great Depression, it's a classically liberal and socially conservative party. Their main opponents, the Progressive-Workers Party and the People's Party, don't have much in common.

The PWP is a left-wing big tent party that ranges from Marxists to Kahlo-Riveraists to Stalinists to social democratic that was formed as a merger of the "Bull Moose" Progressive Party, the Socialist-Labor Party, Socialist Party, Communist Party USA, and the Farmer-Labor Party. It usually wins big in the farmer heavy areas (Great Plains), coal mining areas (Appalachia), the technological developing areas (Oregon, Washington, and Arizona), or the more socially liberal areas (Idaho, Montana) of the US.

The People's Party was founded by Brigham Young in 1870s Utah. Since then, follows of Mormonism have spread across the United States of American, with great amounts of converts among the Germans in the Great Lakes region and African-Americans in Arkansas. They hold socially conservative views, establishment of a Theodemocratic Deseret Autonomous State, and a planned economic model.

The 2016 election was mainly about the current Civil War between the Arabian Kingdom, led by Abdullah II, and the Ba'ath Republic of Arabia, led by Saddam Hussein; Neo-imperialism of Central and South America by the United States, and the funding of the Lunar Colonial Project and the state of the Lunar City of Aldrin. 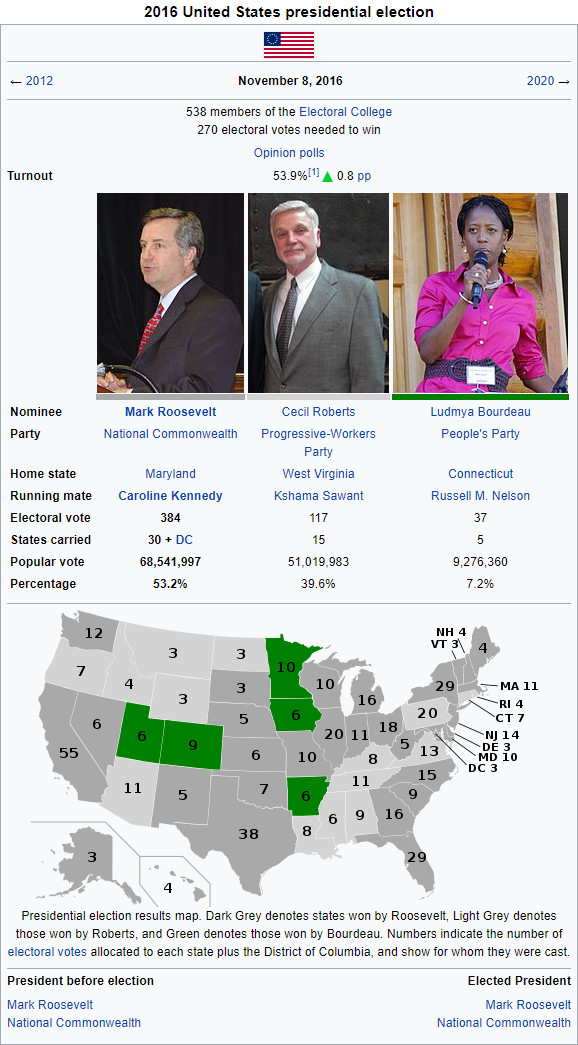 In 2018, Mississippi held its elections for both houses of its state legislature. Mississippi is the only majority black state in Dixie making up 52% of the population, and it is also the most Unionist state in Dixie. Unsurprisingly in this heavily Unionist state, the Unionists kept their large majorities in both chambers. The Unionists have drawn the districts for both houses in their favor and to weaken the Nationals as much as possible, ensuring super-majorities for their party in the state legislature.

Despite having a vice-grip on state politics, there are still divisions within the Unionist Party largely along racial lines. There have been several very bitter fights within the Unionist primaries for statewide office between the more left-leaning black members and the more moderate white members of the dominant party. In the state legislature, this division still exists dividing the members of the legislature. Though for the past couple decades there has been an unofficial truce between the two where the state House of Delegates would elected a black Speaker and the state Senate would elect a white President pro tem. One area where the two factions are in lockstep are in their dislike of the Nationals, so the two routinely draw district lines in their favor in the state legislature (where they aren't as heavily monitored by the Redistricting Act of 1983). Even with a 10 point swing towards the Nationals, the Unionists would still hold 2/3's super majorities in both chambers. 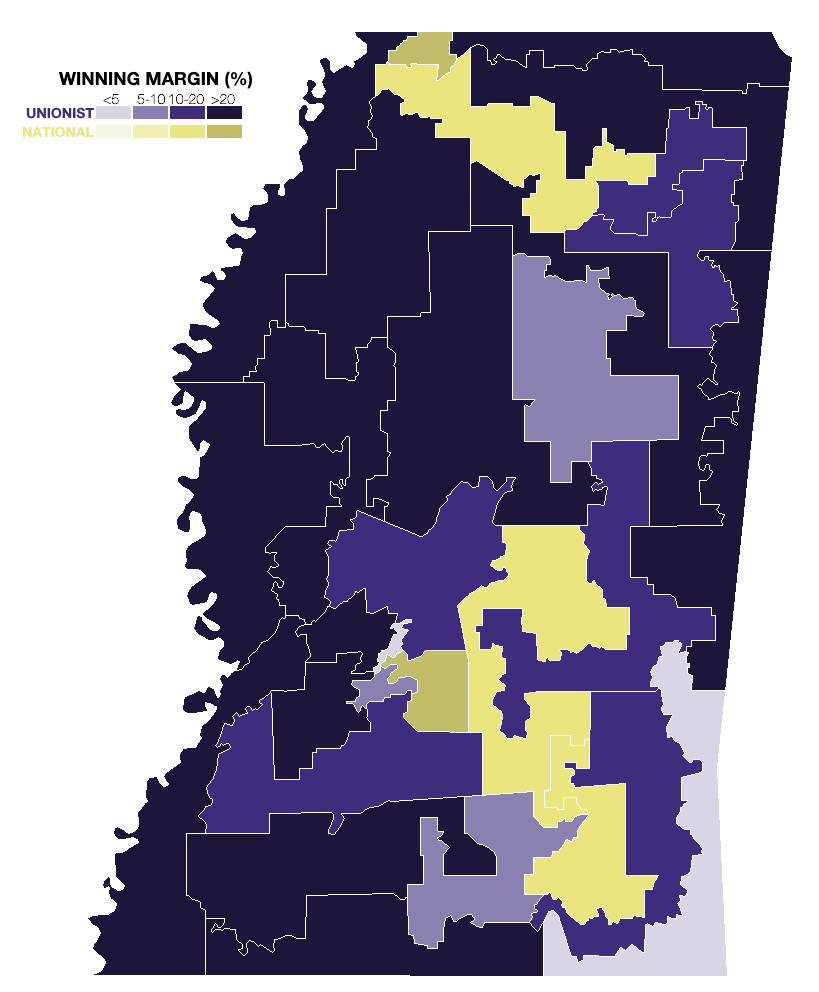 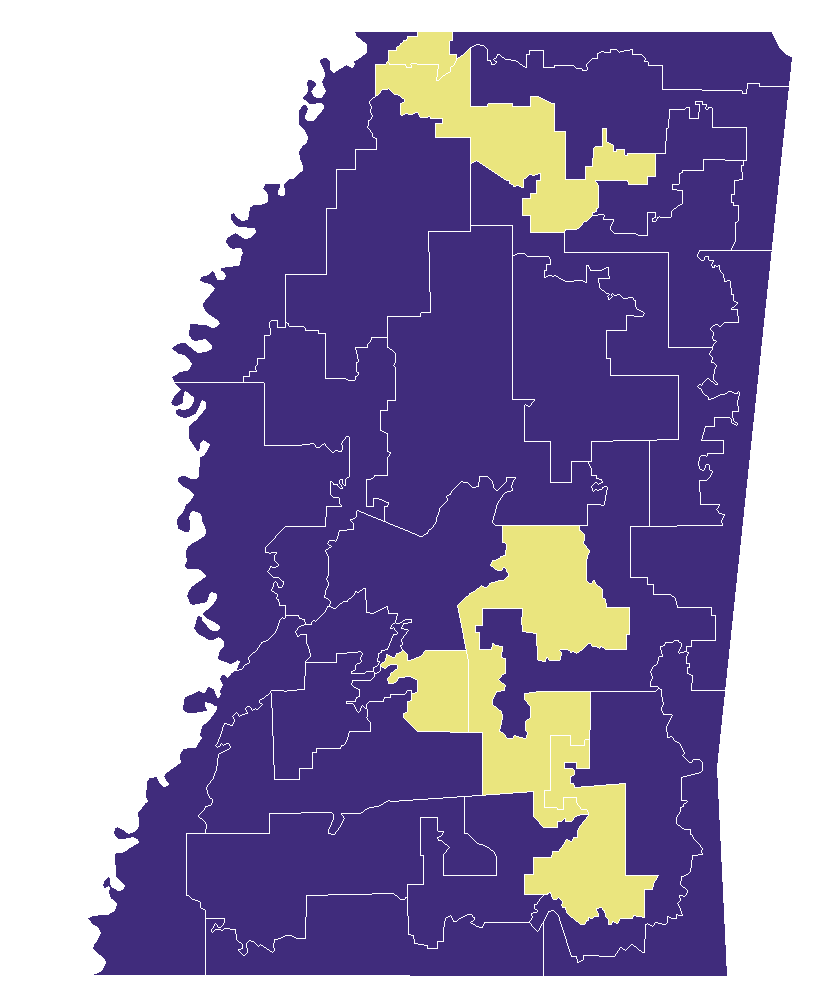 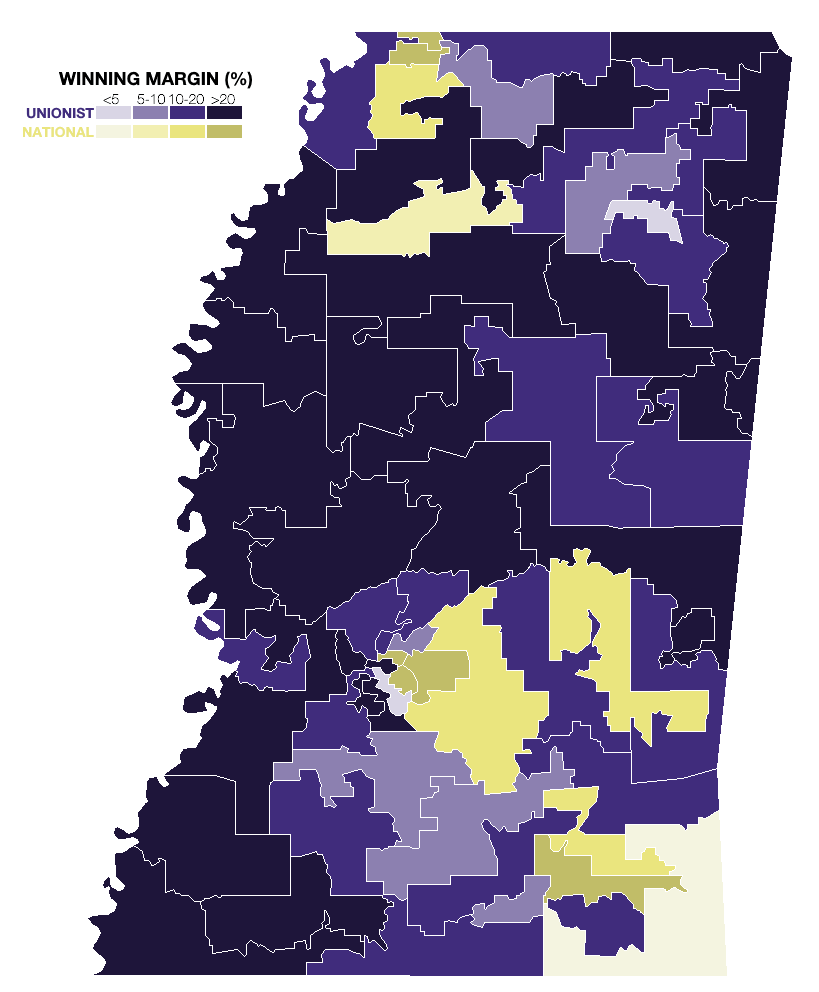 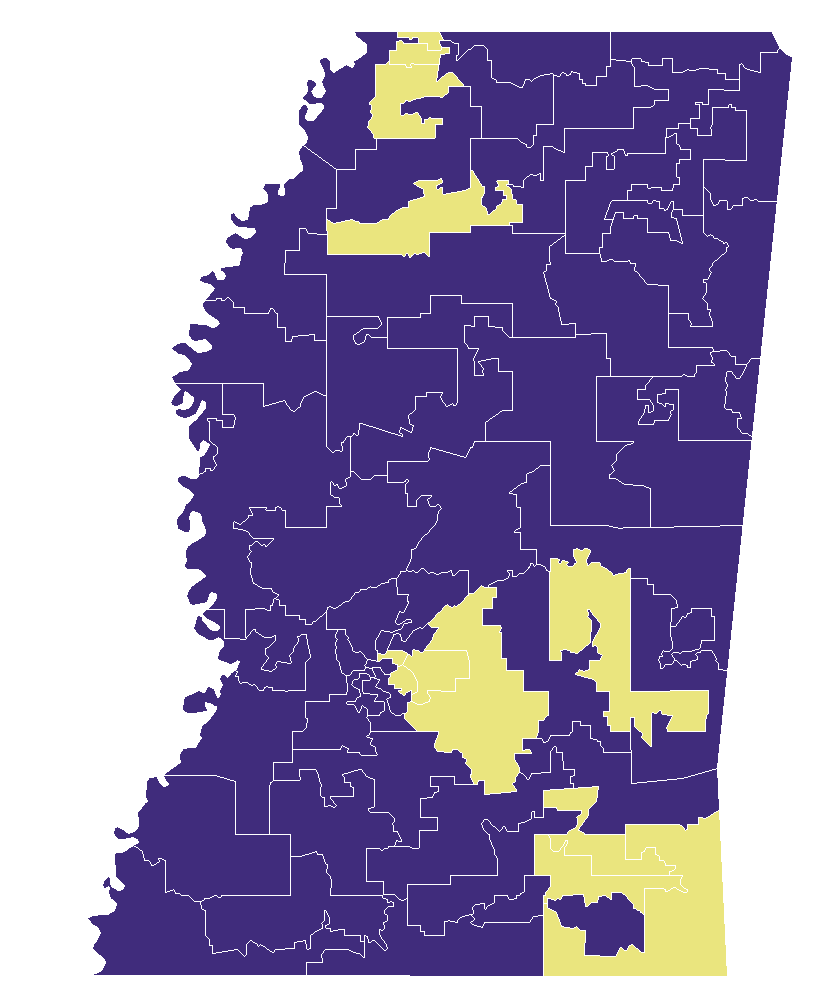 herkles said:
Different dynasties some where native Egyptians, others were foreign dynasties mostly Greek, Nubian, or Persians. Notably in this world where the Hellenistic age lasted far longer it meant that Rome's influence has been greatly reduced.
Click to expand...

That sounds kind of awesome, actually.

The 2016 presidential election was the 58th quadrennial election, and was held on November 8th, 2016.
The incumbent vice president, Jennifer Granholm, sought election on the National Recovery Administration ticket. The NRA had been established for the 2008 election as a vehicle for the presidential run of economist Alan Krueger. Krueger ran on a Keynesian, technocratic platform of economic recovery, and selected Granholm for her record of economic reconstruction in Michigan. Krueger overthrew the political establishment and absorbed many members of the existing parties. His administration successfully reinvigorated the national economy, and in 2016, Granholm ran on the administration's record, choosing Senator Tom Carper, an economics major, as her running mate.
However, some were opposed to Krueger's economic and social policies. The Constitution Party, a longtime Christian conservative third party, considered Krueger's economic reforms "socialistic," and nominated Glenn Beck, a right-wing activist and media critic of the president. His running mate, Ken Cuccinelli, was a critic of Krueger's social policies on same-sex marriage and immigration, and targeted Catholic and evangelical groups.
The oldest party running in the election was the People's Party, which continued to act as a representative of rural and agricultural interests. They were facing a continuing decline, and nominated Tim Walz, a moderate who sought to reach a broader audience and stem the loss of voters.
The election was largely seen as a foregone conclusion. The Constitution Party was a small, extreme organization and Beck was a controversial figure. The Populists, meanwhile, were facing the continued decline of America's rural population. However, what Granholm and the NRA had not figured was the level of dissatisfaction among many Americans who felt that the economy had not recovered for them. These left behind voters largely rallied to Beck as he railed against the administration favoring minorities and poor people rather than working people and the middle class. Beck was also accused of sexism for his personal criticism of Granholm. In the debates, Beck at first seemed to have the upper hand, but Granholm's knowledge of the issues left him out of his depth, and he faltered.
By Election Day, Beck was unable to overcome Granholm's lead, and he lost by a substantial margin. The NRA won in states across the country, mainly in more liberal states, more unionized states, and areas that had experienced a stronger economic recovery. Beck, meanwhile, won in the main strongholds of the Constitution Party, the South and the West, although his surprise victories in Pennsylvania, Connecticut, and Rhode Island, were attributed to his appeal to social conservatives, and although he lost his home state, he won in neighboring Oregon, which had a larger white population and a strong far-right community. The Populists, meanwhile, continued their decline, obtaining their worst result since 1892, maintaining only their solid states of Utah and Colorado, and winning in parts of the rural South and the Midwest. Jennifer Granholm was inaugurated on January 20th, 12017, as the first female president of the United States, along with the first president to be eligible under the 32nd Amendment, which abolished the natural born citizenship requirement. 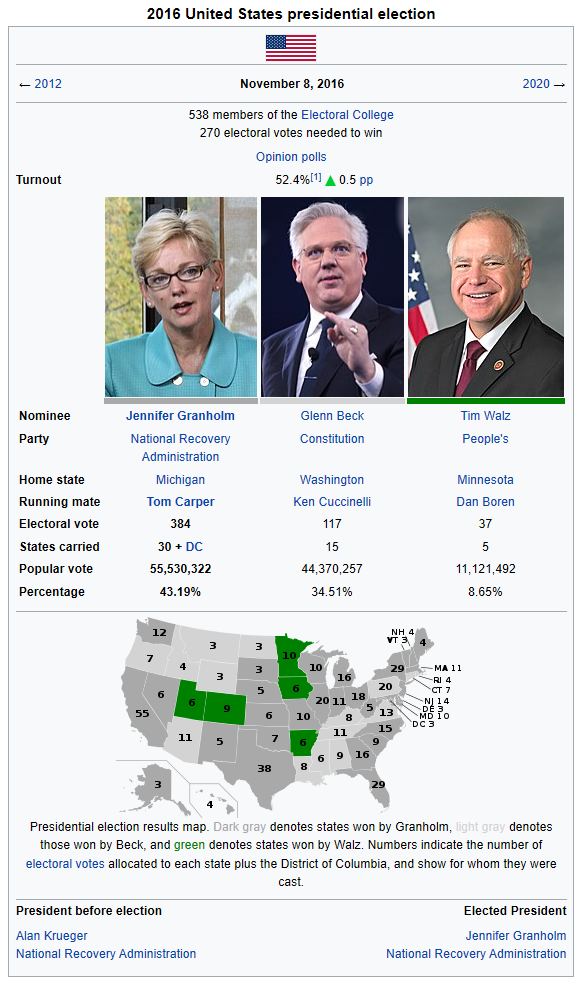 some one needs to update the threadmarks.

Goweegie2 said:
Granholm was born in Canada tho which disqualifies her by constitutional rules
Click to expand...

Citizen Keynes said:
along with the first president to be eligible under the 32nd Amendment, which abolished the natural born citizenship requirement.
Click to expand...