It's just three presidential elections in a world where food becomes sentient and politicians,with an emphasis on kitchens as hospitals. It's also sort of a reverse 2000 with a previous republican administration being exchanged for a democratic administration. It also includes references to supreme court justices, political scandals, and several food items as either politicans, political candidates or celebrities. Oh, and white bread and wheat bread standing in for race. 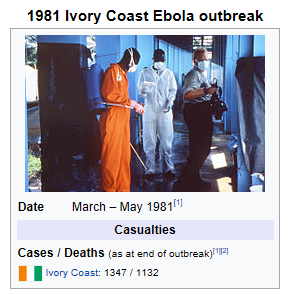 Also Coughlin deserves to get canned if knew he needed a touchdown to win and took the points.

packmanwiscy said:
For the favorite, the number would never be 1.6. The point spread is dictated by Vegas betters and is always either a whole number or a half (like 7.5, 3.5) to try and prevent pushes. Could be 1.5 or 2, but not 1.6.

Also Coughlin deserves to get canned if knew he needed a touchdown to win and took the points.
Click to expand... 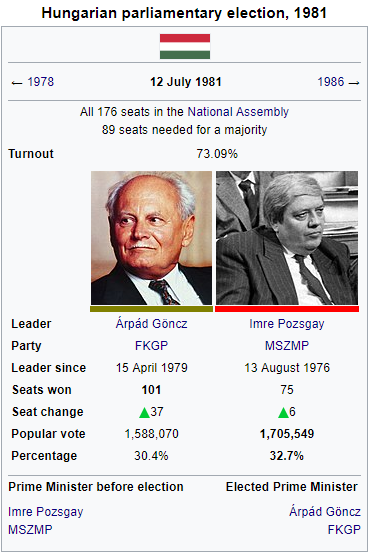 is this a succesful Hungarian Revoloution of 1956 TL ?

Partisantheory said:
is this a succesful Hungarian Revoloution of 1956 TL ?
Click to expand...

Pretty proud of this one.

KaiserEmu said:
The Great Imperial War, also known as simply the Imperial War or the Great War, was a European war that lasted from 28 July 1914 to 26 January 1918. Contemporaneously described as the "war to end all wars", it led to the mobilisation of over 60 million military personnel, making it one of the largest wars in history. Over nine million combatants and seven million civilians died as a result of the war. Military losses were exacerbated by new technological and industrial developments and the tactical stalemate caused by gruelling trench warfare. It was one of the deadliest conflicts in history and precipitated major political changes, including the Revolutions of 1917–1924, in many of the nations involved. Unresolved rivalries at the end of the conflict contributed to the start of the World War around twenty years later.

On 28 June 1914, Gavrilo Princip, a Bosnian Serb Yugoslav nationalist, assassinated the Austro-Hungarian heir Archduke Franz Ferdinand in Sarajevo, leading to the July Crisis. In response, on 23 July Austria-Hungary issued an ultimatum to Serbia. Serbia's reply failed to satisfy the Austrians, and the two moved to a war footing.

A network of interlocking alliances enlarged the crisis from a bilateral issue in the Balkans to one involving most of Europe. By 1914, the great powers of Europe were divided into two coalitions: the Triple Entente—consisting of France, Russia and Britain—and the Triple Alliance of Germany, Austria-Hungary and Italy (the Triple Alliance was primarily defensive in nature, allowing Italy to stay out of the war in 1914). Russia felt it necessary to back Serbia, on 25 July issuing orders for the 'period preparatory to war', and after Austria-Hungary shelled the Serbian capital of Belgrade on the 28th, partial mobilisation was approved of the military districts nearest to Austria. General Russian mobilisation was announced on the evening of 30 July; on the 31st, Austria-Hungary and Germany did the same, while Germany demanded Russia demobilise within 12 hours. When Russia failed to comply, Germany declared war on 1 August in support of Austria-Hungary, with Austria-Hungary following suit on 6th; France ordered full mobilisation in support of Russia on 2 August.

German strategy for a war on two fronts against France and Russia was to concentrate the bulk of its army in the West to defeat France within four weeks, then shift forces to the East before Russia could fully mobilise; this was later known as the Schlieffen Plan. On 2 August, Germany demanded free passage through Belgium, an essential element in achieving a quick victory over France. When this was refused, German forces invaded Belgium early on the morning of 3 August and declared war with France the same day; the Belgian government invoked the 1839 Treaty of London and in compliance with its obligations under this, Britain declared war on Germany on 4 August. On 12 August, Britain and France also declared war on Austria-Hungary. The war was fought in and drew upon each powers' colonial empires as well, spreading the conflict across the globe. The Entente and its allies would eventually become known as the Allied Powers, while the grouping of Austria-Hungary, Germany and the Ottomans would become known as the Central Powers.

The German advance into France was halted at the Battle of the Marne and by the end of 1914, the Western Front settled into a battle of attrition, marked by a long series of trench lines that changed little until 1917. In November 1914, the Ottoman Empire joined the Central Powers, opening fronts in the Caucasus, Mesopotamia and the Sinai Peninsula. In 1915, Italy joined the Allied Powers, and the Allies commenced an attack on the Dardanelles Straits that eventually led to the capture of Constantinople, and the surrender of the Ottoman Empire. In the aftermath of the Ottoman Empire's fall, Bulgaria joined the Allied Powers and another assault began northwards toward Austria-Hungary.

The 1917 May Rising in Austria-Hungary saw the collapse of order in the fragile state, resulting in the signing of the Armistice of Trieste on 8 June 1917. On 9 November 1917, mutinies began around the German Empire, ultimately becoming a fully-fledged revolution. With its allies defeated, revolution at home, and the military no longer willing to fight, Germany signed an armistice on 26 January 1918.

World War I was a significant turning point in the political, cultural, economic, and social climate of the world. As a result of the war, the German Empire, Austria-Hungary and the Ottoman Empire ceased to exist. Revolutions and uprisings in the aftermath of the war became widespread, being mainly socialist or anti-colonial in nature. The Big Three (Britain, France and Russia) imposed their terms in a series of treaties agreed at the 1918 Paris Peace Conference. The German Civil War ultimately saw the establishment of a nationalist military junta in control of Germany, and the rise of Halit Atlı saw the world plunged into an even more destructive war, but the peace treaties in addition to various agreements during the war also transformed borders throughout Europe, Asia and the Middle East, with repercussions that still echo to this day.
Click to expand...

packmanwiscy said:
For the favorite, the number would never be 1.6. The point spread is dictated by Vegas betters and is always either a whole number or a half (like 7.5, 3.5) to try and prevent pushes. Could be 1.5 or 2, but not 1.6.
Click to expand...

AltFuture said:
Maybe U.N. forced Dyumin to give it back to Ukraine?
Click to expand...

InfernoMole said:
That's... interesting. In the Chinese sense, of course.

I think Dyumin would have won a slightly higher PV, and you kind of forgot Crimea on that map.

EDIT: Also, how in hell does Navalny lose Moscow and St. Petersburg?
Click to expand...

Usually they tend to go with the guy in charge

Has anybody had there sandboxes deleted for uploading electoral maps and such? 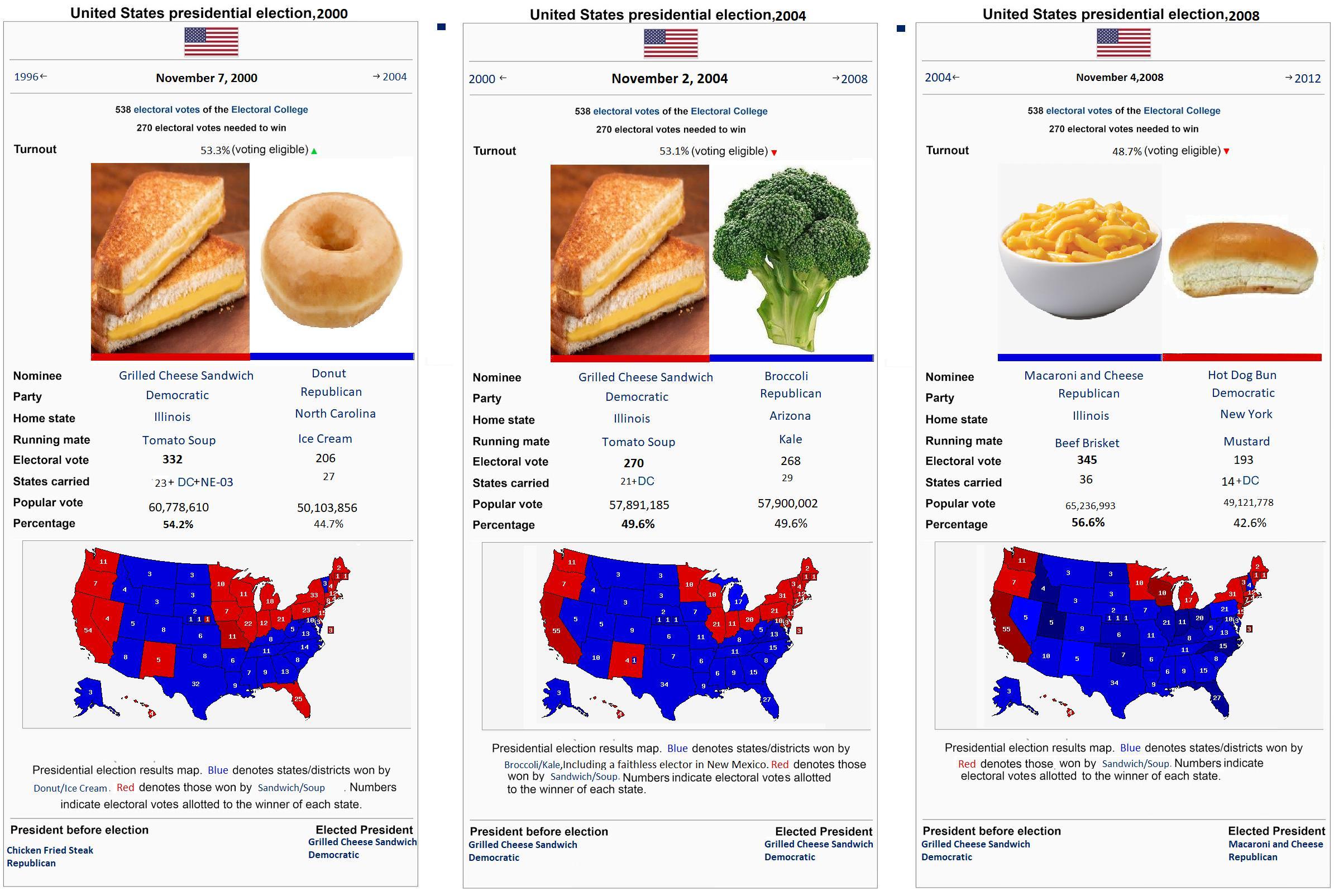 Only time I would vote Republican out of these is 2000.

Zyxoriv said:
Only time I would vote Republican out of these is 2000.
Click to expand...

I would only vote Republican in 2008 in this scenario. Mack N. Cheese for President 2008!

My first wikibox, hope its ok 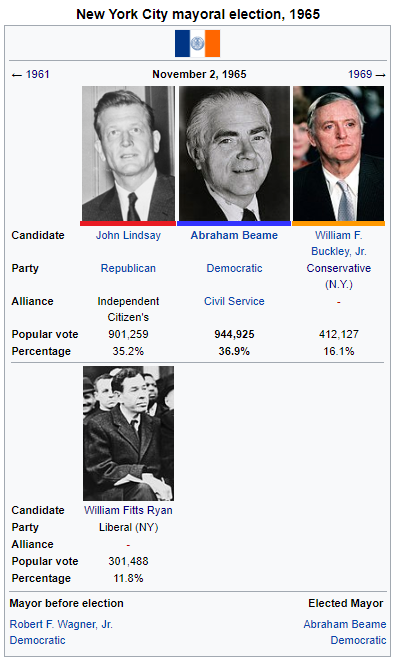 How would a Frank Zappa presidenty look?

Why wouldn't Gore win Tennessee?
Threadmarks
You must log in or register to reply here.
Top
Top