Archangel Michael said:
Isn't that one of the parties that cross-endorsed Astor though?
Click to expand... 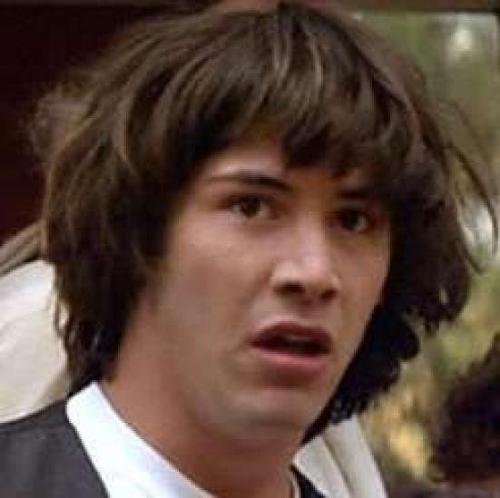 Turquoise Blue said:
I like the idea. Very much. What do you think happens to the Socialist Party in Communist rule? I assume they're incorporated into the party of the regime?
Click to expand...

Socialist parties are usually left alone because Asgard is ruled by the NDAP (National Democratic Workers Party), which is socialist.

Sakura_F said:
Socialist parties are usually left alone because Asgard is ruled by the NDAP (National Democratic Workers Party), which is socialist.
Click to expand...

But isn't there communist controlled states?

Yeah, but Bojikami, Radugarus and the USSR have all moved to more socialism since the 90s.

Another snippet from AJND, posted with Archangel Michael's approval.

The 2131 Nifelheim Lagting election was held against the backdrop of increased racial tension in what had, for the past decade or so, been a relatively quiet political scene. The arrest and life imprisonment of orcish nationalist leader and longtime fugitive from justice Chodam da-Harichada in March of 2130 sparked the first major interracial violence since the opening of the Orcish Council. Notably, Massacham Arise and other similar groups organised parades through majority-human neighbourhoods and came to frequent blows with the police. Humans formed neighbourhood watches in response, and some of the more radical groups struck back against the orcs. For three solid weeks, Massacham was at war with itself, and it is rumoured that Prime Minister Thorssen considered calling in federal troops to deal with the unrest. By the point he would've made a decision, however, the riots had petered out, and a state of low-level tension continued throughout the following year.

By that point, several houses had been burned down by both sides in the conflict, including that of populist Progressive Lagting backbencher Aksel Stordalen, who survived the arson as he was at an outreach meeting in his rural western constituency. At the next general motion period, an incensed Stordalen proceeded to motion for the establishment of a registry on "all present and former opponents of the established state and public order", which was thinly-veiled code for "orcish and centaur criminals". This had been floated before, but was never a popular idea with either the left or the urban right. Stordalen's motion was resoundingly defeated in the Lagting, but something still undoubtedly needed to be done to mend interracial fences. The government bill that was eventually tabled included increased policing measures as well as increased education funding to the native councils and the establishment of a forced busing programme, and it was passed with the support of the Greens and Dawn as well as most of the Labour Party.

By February of the next year, however, significant rifts appeared in the Labour Party over the measures, and busing in particular. An anti-busing pamphlet written by Labour backbenchers Sander Jørgensen and Viktor Stenbock was circulated around the political world of Nifelheim, using such language as "our communities and our future are disappearing before us" and "the programme makes our children pawns in a political game of chess". The resulting scandal would almost certainly have forced Jørgensen and Stenbock out of politics if it were not for two factors: firstly, they were both constituency deputies, which meant they'd sit on as independents even if the party were to expel them, and secondly, a significant number of party members, even at cabinet level, were in broad agreement with them, notably Finance Minister Anna Fritzon and Interior Minister Daniel Borelius. When Jørgensen and Stenbock were expelled from the party group, Borelius resigned from cabinet in protest, and Fritzon was kept around only by direct appeals from Prime Minister Thorssen. The rifts in the parliamentary party caused a significant drop in support for the Labour Party, and combined with Progressive agitation amongst the human working classes, a change of government seemed inevitable by the time the election campaign began in August.

The government was able to recover slightly thanks to the debates, in which Thorssen made a strong point of the economic growth record of the Labour government. It was not quite enough, however, and a hung parliament resulted, with Dawn and the NFF holding the balance of power. Dawn eventually agreed to a support agreement with the Progressive-Conservative coalition, in a turn of events that surprised many. However, da-Racham received very significant concessions from the coalition, including the retention of the cultural programmes of the Thorssen government and the abandonment of the longstanding Progressive commitment to abolishing native municipalities. It's unlikely he would've received such a generous deal from Labour, and Dawn moved during this period from their previous Labour alignment to a strictly neutral stance in bloc matters, aligning themselves with whomever gives them greater support on their issues.

Excellent job Ares96. Thanks for helping with the insight into AJND Scandinavia.

Archangel Michael said:
Excellent job Ares96. Thanks for helping with the insight into AJND Scandinavia.
Click to expand...

Well, the cultural Lutheran in me wants to say the work is its own reward and it's me who should be thanking you, but that sounds a little sycophantic, so I'll just say no problem and leave it at that.

Archangel Michael said:
Isn't that one of the parties that cross-endorsed Astor though?
Click to expand...

Turquoise Blue said:
It may be one of the Empire Party's "puppet opposition" (like what they did in Poland).
Click to expand...

I am wounded that you would so impugn the integrity of New York's great a noble tradition of electoral fusion. The right of men to freely associate, and in particular to freely associate for their own betterment through the democratic system, is as pure and sacrosanct a right as God ever granted on this sinful Earth. And I don't care what those damn downstaters say, immigration is killing the jobs market and we ought to put a stop to it.

In a Watsonian fashion, does the orc politician not believe in photographs?

I can't stop. Why can't I stop? This madness, it's engulfing my mind. Won't someone help me? Someone, anyone? I can't breathe. It's everywhere.

Nice Wikiboxes, Ares and Patton! I like both of these universes very much.

Komodo20 said:
Nice Wikiboxes, Ares and Patton! I like both of these universes very much.
Click to expand...

You like Gave Me Liberty's universe? It's not a nice one from what I see.

Turquoise Blue said:
You like Gave Me Liberty's universe? It's not a nice one from what I see.
Click to expand...

I was not saying that I wanted to live in either TL. I find both of them well-written and entertaining, and enjoy the "expanded universe" feel that both of them have.

Georgepatton said:
I can't stop. Why can't I stop? This madness, it's engulfing my mind. Won't someone help me? Someone, anyone? I can't breathe. It's everywhere.
Click to expand...

Georgian Occupation Authority? Sounds like my kind of guys!

This image might work for an Orc politician. Just crop it a little.

EDIT: No, this one is better.

Why is it still called the House of Commons and they're using the British party names, in English? What's the point of just copying over British elections, changing some pictures and names, and not even going all the way and making up vote totals? Especially without even writing anything up about it; I just don't really get why you're doing this.

Eh, got bored, made this:

As requested, Pope Gregory XVII of the Roman Catholic Church in Rio de Janeiro. The Rio Papacy splintered from the Roman Papacy in the 2070s. The Roman Papacy was becoming increasingly insular and Polish despite the fact that Europe was a poor backward and represented only a tiny fraction of the Catholic Church. When Pope Innocent XIV appointed a slate of Polish and German cardinals in the late 2070s, the Brazilian and African cardinals renounced him and held a conclave in Rio de Janeiro that elected Cardinal Pedro Homem Albernaz Pope. Today, the Rio Papacy has the ears of Roman Catholics in the Communist world, supplanting the Roman Papacy, which has been relegated to mostly southern and central Europe. Gregory XVII, born Alberto Taveira Corrêa, was one of the most prominent political priests in the early 22nd centuries. A strong and partisan supporter of Communism, Gregory is a member of the Politburo of the United Socialist Workers' Party of Brazil (PSTUB) and a vocal critic of the United States and INTO. There is a growing belief in foreign capitals that the Catholic Church is becoming more and more powerful, with the PSTUB taking orders from the Pope.