Nazi Space Spy said:
Anyone know how to upload maps from the TalkElections generator?
Click to expand...

I just screenshot it.

NigerianPrince05 said:
I just screenshot it.
Click to expand...

Thanks! I can't believe that didn't occur to me, but that should work.

I was a TalkElections poster for ten years, but my stint there ended right before the update, so I haven't figured out all the ropes yet.

Here's an election in an alternate US. 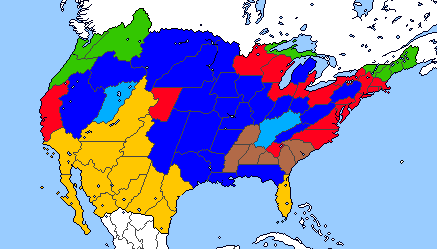 I'm assuming this is either governor parties, or the first round in a runoff election.

Allan Nonymous said:
I'm assuming this is either governor parties, or the first round in a runoff election.
Click to expand...

Nope, this is an alternate, more multiparty US.

erictom333 said:
Nope, this is an alternate, more multiparty US.
Click to expand...

So, are elections still FPTP?

No. Probably ranked choice voting. I'll determine the electoral college votes, although I probably won't use them. 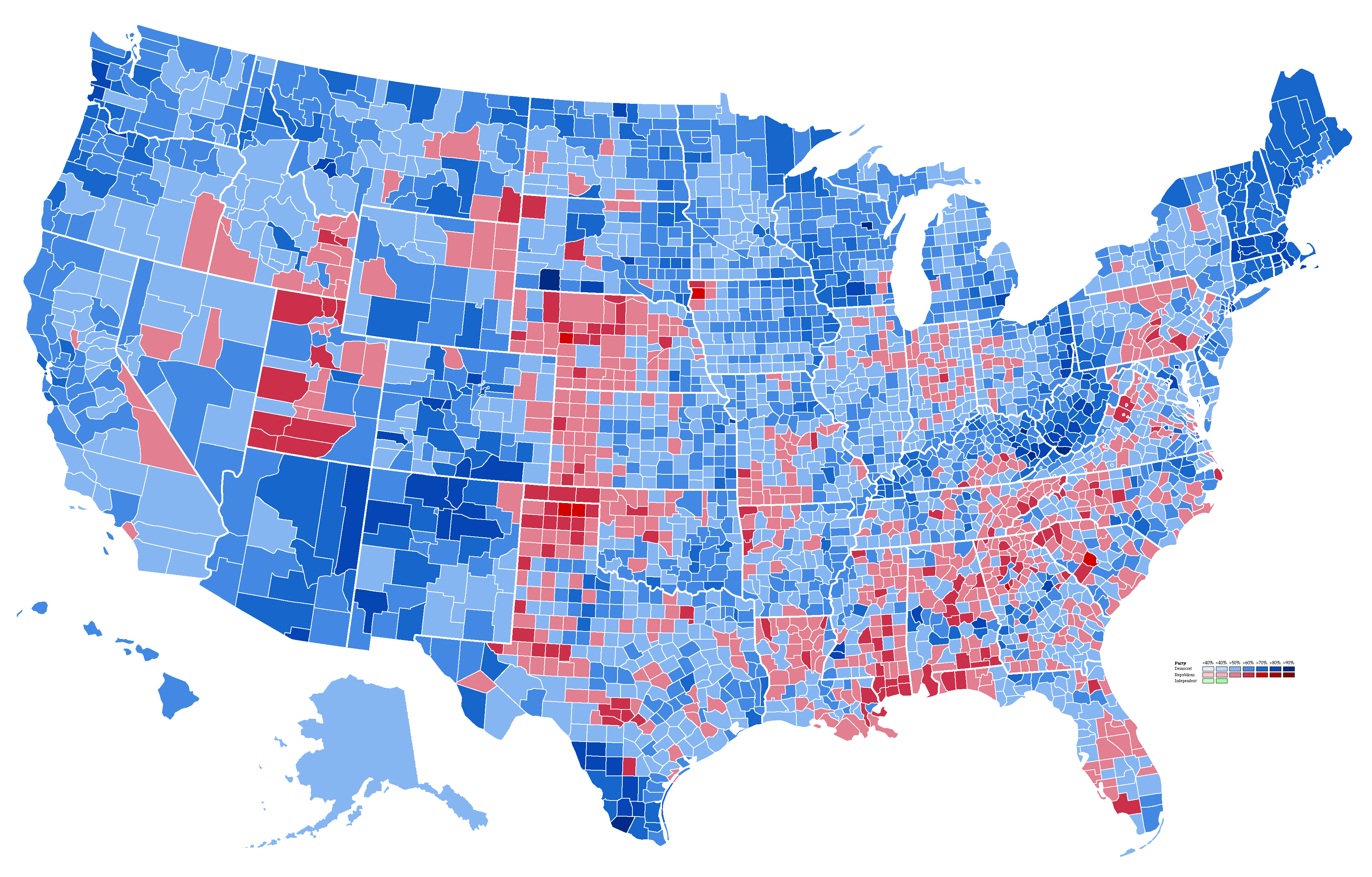 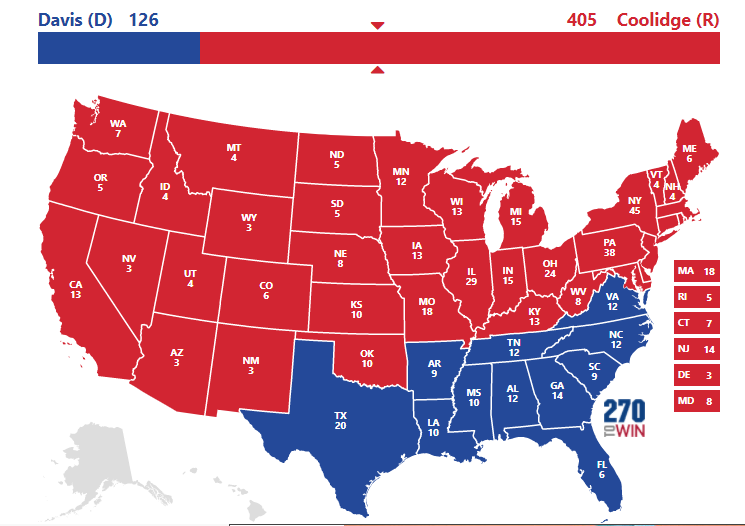 This map is basically if Robert M. LaFollette didn't run on the Progressive Party during the 1924 United States presidential election.

Without him, most Progressive Republicans stay loyal to the party and Calvin Coolidge wins by a larger margin than in OTL by winning Wisconsin and very narrowly winning Oklahoma.

The Farmer-Labor and Socialist Parties run actual candidates as well, but stand no match against Coolidge and Davis.

I wonder how this happened. I assume this is a 50 state Democratic landslide, right?

Osk said:
The results of an 1892 simulation on President Infinity with Robert T. Lincoln as the Republican nominee, losing to Arthur P. Gorman as the Democratic nominee. I was really surprised to see Lincoln take Virginia of all places.

I wonder how Robert Todd Lincoln was able to narrowly win Virginia but loses states such as Massachusetts, New Hampshire, Maine and Illinois.

JCC the Alt Historian said:
I wonder how Robert Todd Lincoln was able to narrowly win Virginia but loses states such as Massachusetts, New Hampshire, Maine and Illinois.
Click to expand...

Yeah, I found that pretty questionable too - anything can happen when the AI is in charge

JCC the Alt Historian said:
I wonder how this happened. I assume this is a 50 state Democratic landslide, right?
Click to expand...

Alright, here's my take on the 1968 United States presidential election from the Monument Mythos. 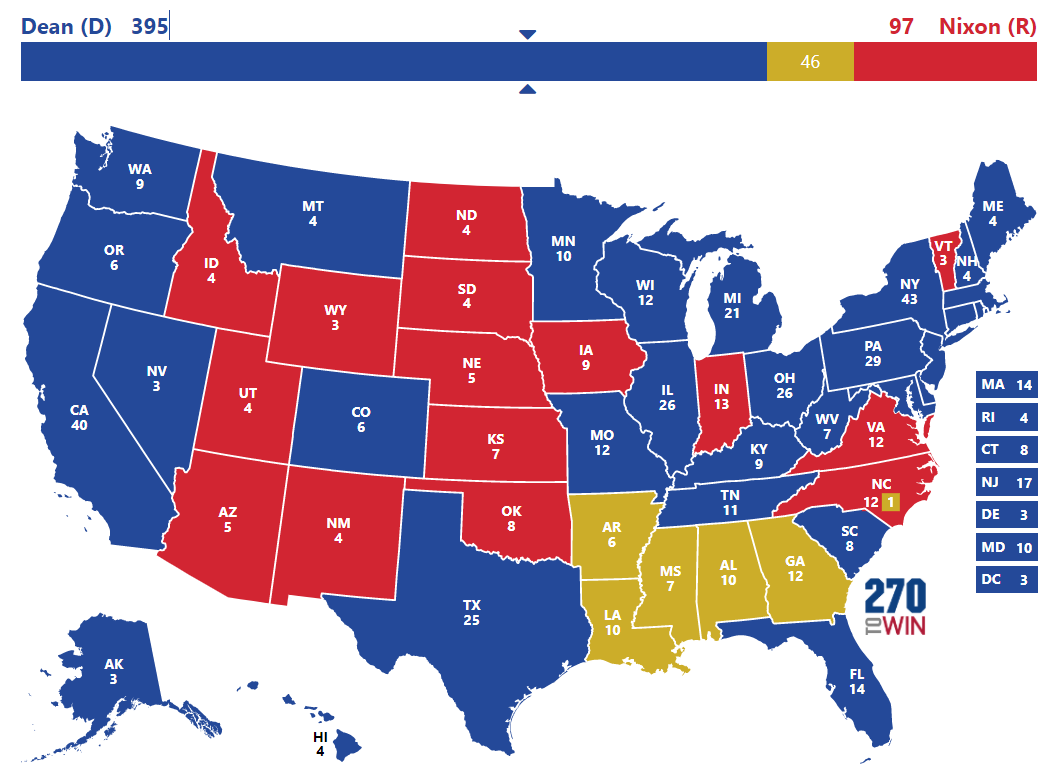 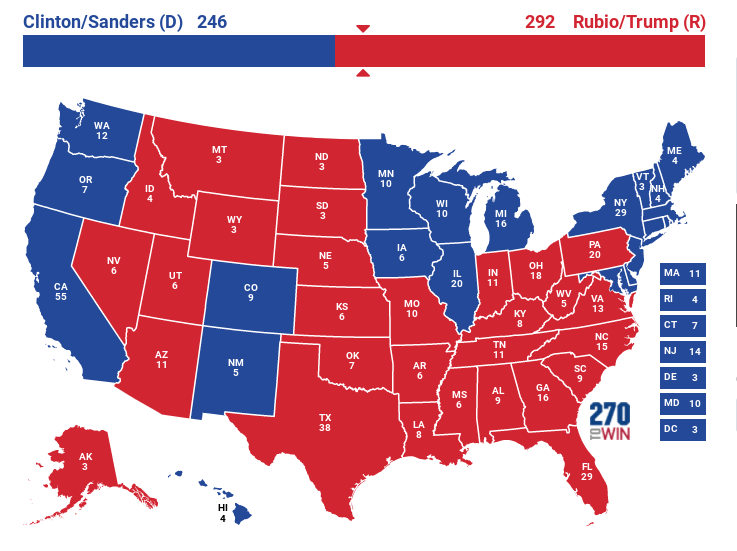 @PierceJJones , it would probably be a good idea to put this map in the current politics map thread since all four of your candidates and running mates (Clinton, Sanders, Rubio and Trump) are all considered "current politics". 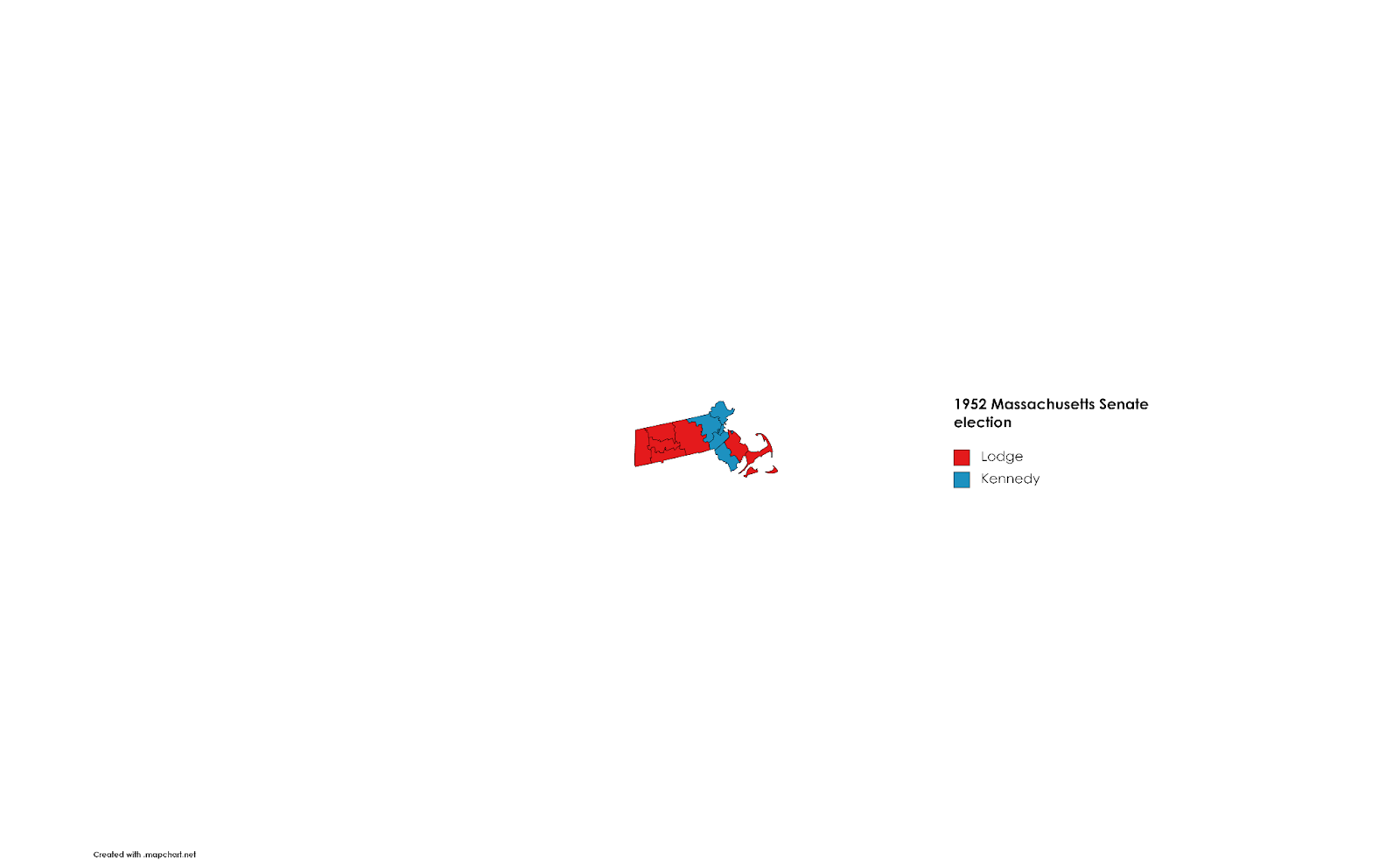 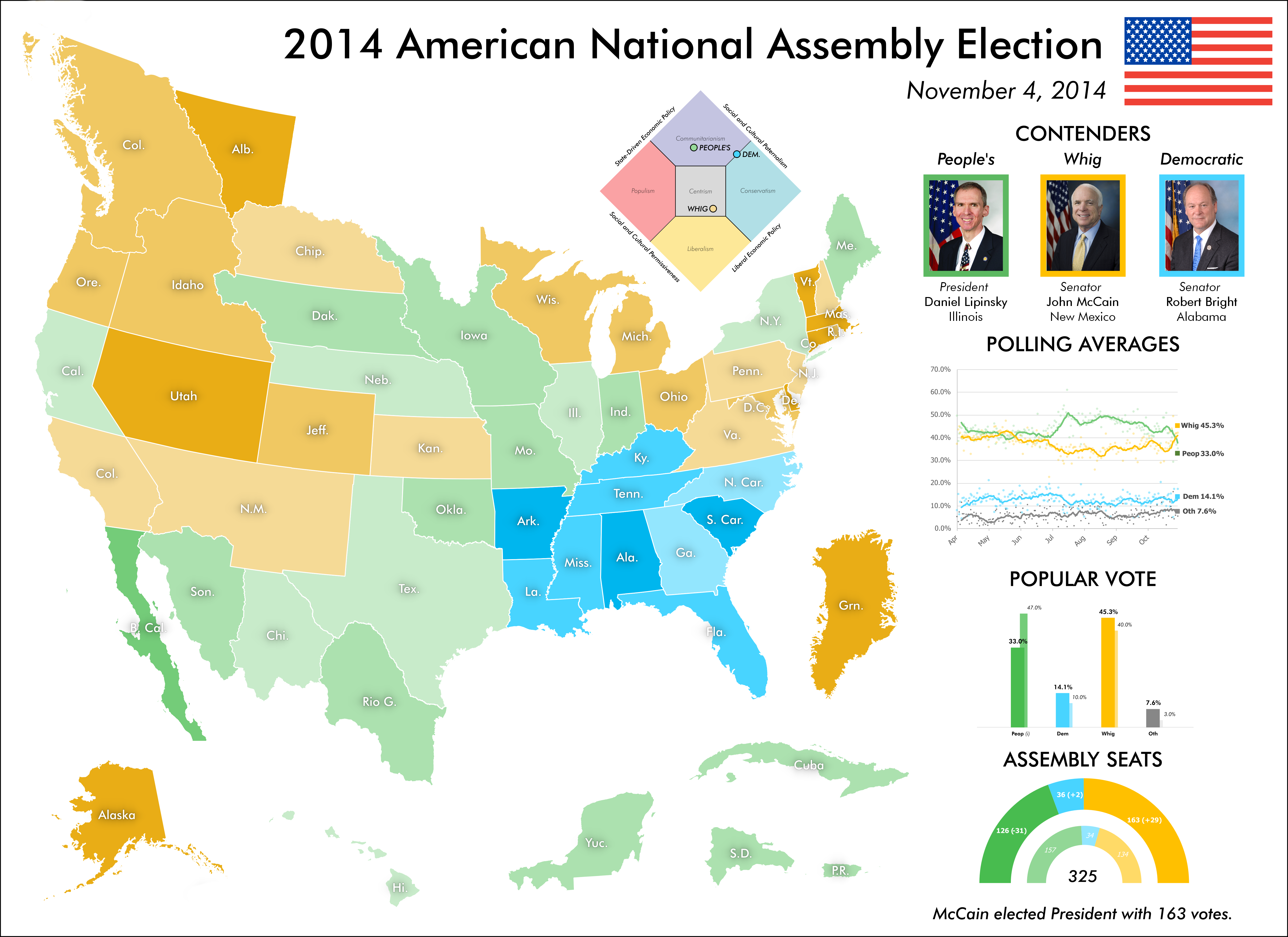 This is a world which saw a different 'Great Compromise' in which the South got much more of what it wanted in the Constitutional Convention, most notably a proportional, unicameral Congress which directly elects the President and a guarantee of slavery. It is also my attempt to take a look at what a significantly more conservative American political system would look like, since it seems to me that the vast majority of AH political timelines posted here and elsewhere feature a more left-leaning political sphere than OTL.

The Whig party has grown from its roots as a catch-all opposition party to traditional Democratic dominance into a classic Christian democratic party, standing for fiscal conservatism, free trade, and decentralization.

The People's party has it roots in the Western free silver movement of the 1870s and 80s, and grew to national prominence by creating a broad coalition with prohibitionists and abolitionists. Today it advocates 'melting pot' American nationalism, isolationism, and expanded regulation and economic intervention.

The Democratic party is technically the nation's oldest, though it is no longer a nationally relevant party. Since the abolition of slavery in the 1890s, it has purely been a Southern identity party. In recent years, it has become de facto the Southern wing of the People's party, though it still holds more conservative social views.

In 2014, the ruling People's-Democratic coalition was thrown out of office in a surprise win for the Whigs, who saw a last-minute gain with undecided voters in the last weeks of the campaign. Key issues were the growth of the national debt under President Lipinsky, illegal immigration from Canada, and the German occupation of the Sudetenland. Lipinsky's personal popularity proved unable to stop a surge in Whig support, especially in the rapidly-growing railcar suburbs of the Upper Midwest and Southwest. Nevertheless, the wide national margin was only enough to give the Whigs a one-seat majority.
Threadmarks
Reader mode
You must log in or register to reply here.
Top
Share:
Share
Top