A map showing the top vote-getting party by state in my new Parliamentary America project. Prime Minister John Edwards has returned to office for his third ministry ITTL. The choice of John Edwards leading a party called the Green Alternative comes from @jerseyguy 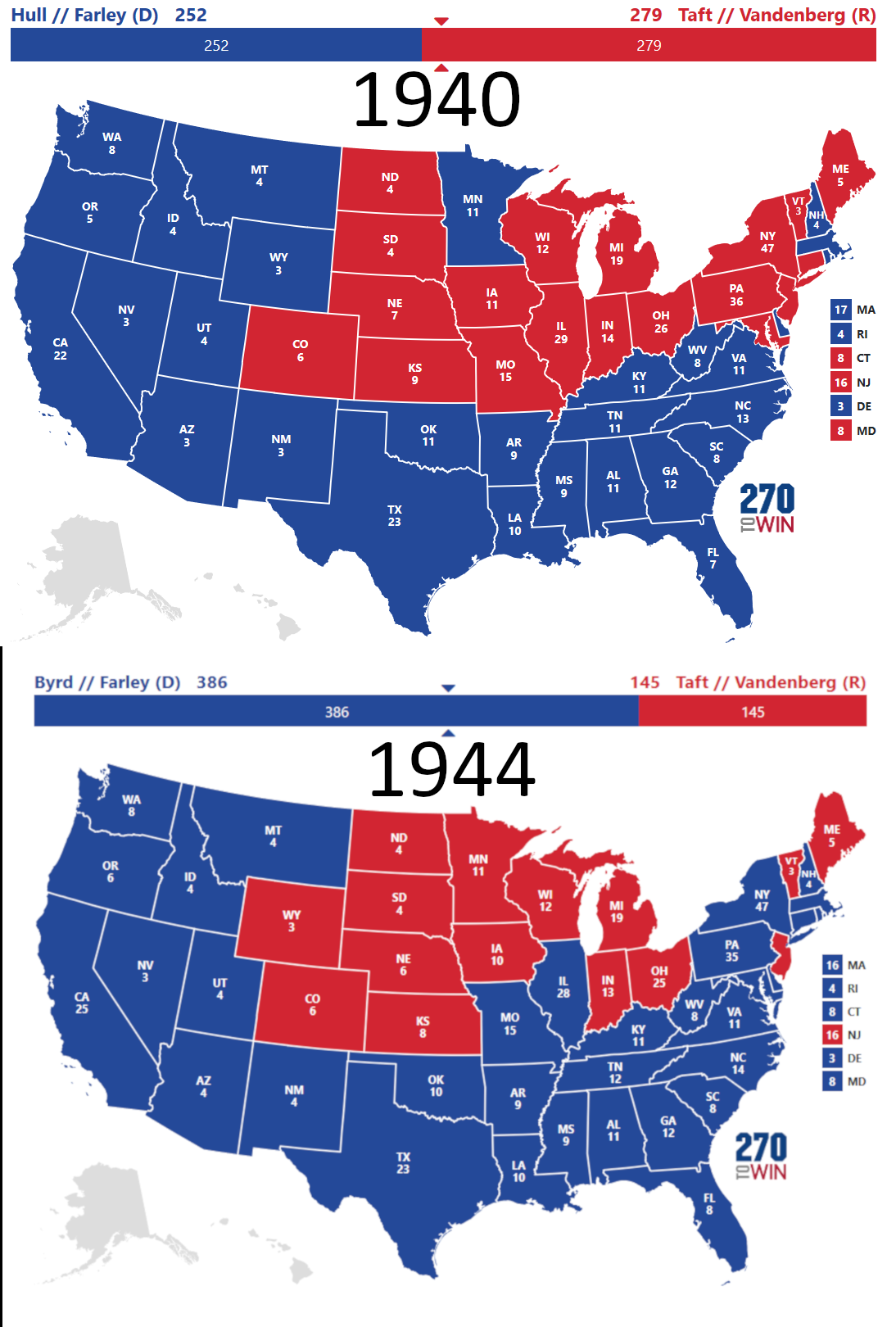 U.S. election maps from my slowly developing Nazi victory map series. ITTL FDR dies in February 1940. The Democrats fail to unite under Hull with Wallace running as an independent, giving the election narrowly to Taft. In 1944, after the Nazi victory in Europe isolationist policies begin to fade away as the fascist scare envelops the U.S. Fears of invasion from Hitler across the U.S. spell doom for the Republicans as Byrd takes a hard line against fascism and vows to combat the threat in the Europe to the best of his ability. Byrd wins handily in the 1944 election.

Gokbay said:
View attachment 516889
Elections in United Socialist States of America my 1914 project/idea thing (with no name yet if it ever will). * denotes a fully fictional person. USSA was established in 1945, with a year of provisional government before elections could be organised. In 1995 USSA was reformed into the American Socialist Federation. The ASF is pretty much a more prosperous, larger and free North Korea. I had already made a list of presidents for USSA and ASF, with footnotes. That post has partially been retconned and the electoral college numbers are almost definitely inaccurate. I can give explanations if needed/asked.
Click to expand...

Originally posted this in the regular map thread but I suppose this would be a better thread for it.

How to give Hiram Wesley Evans an aneurysm 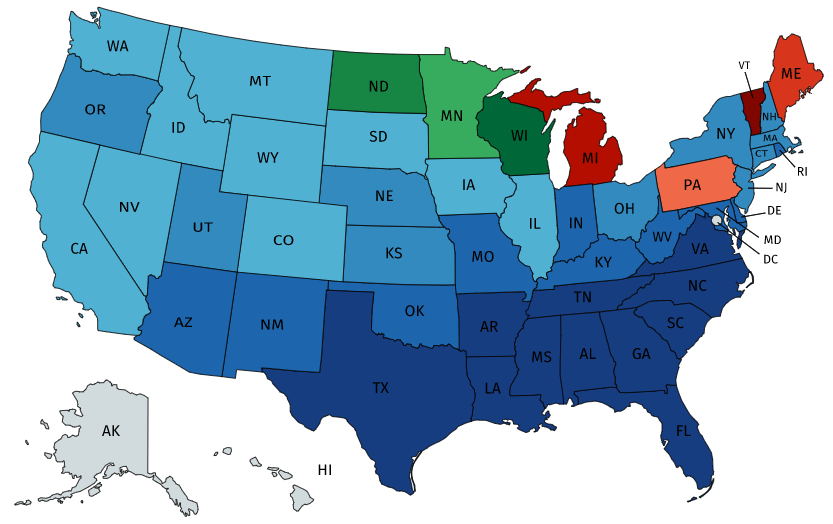 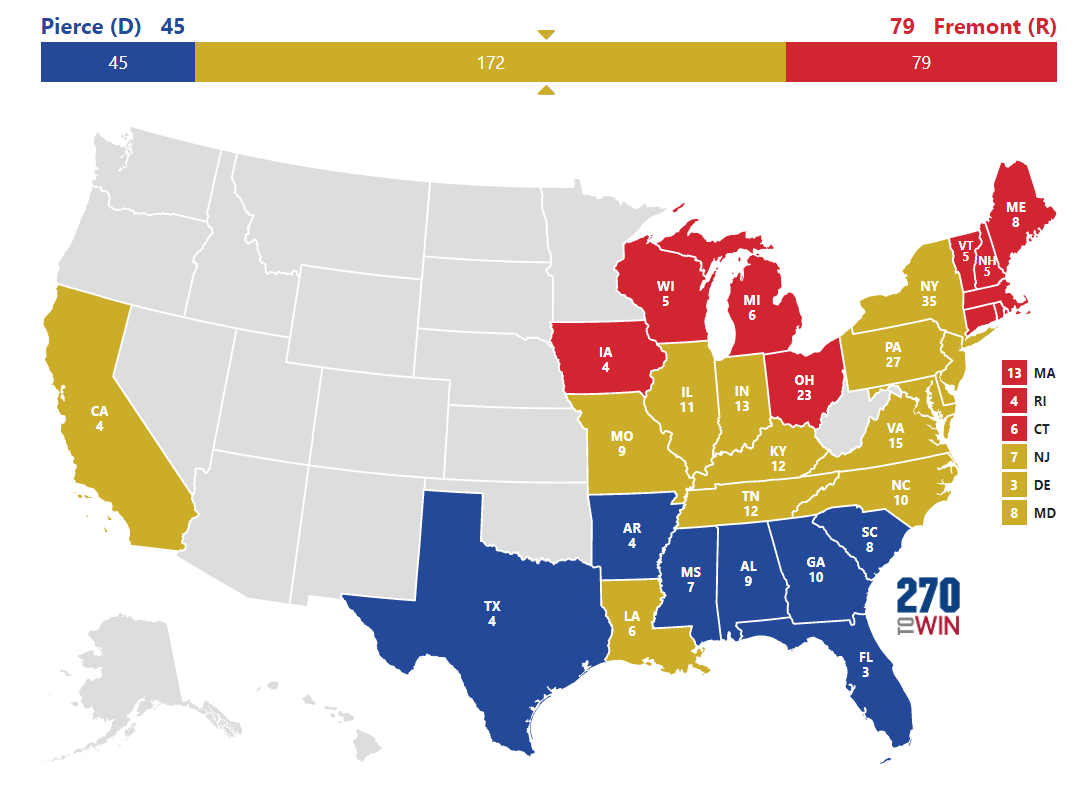 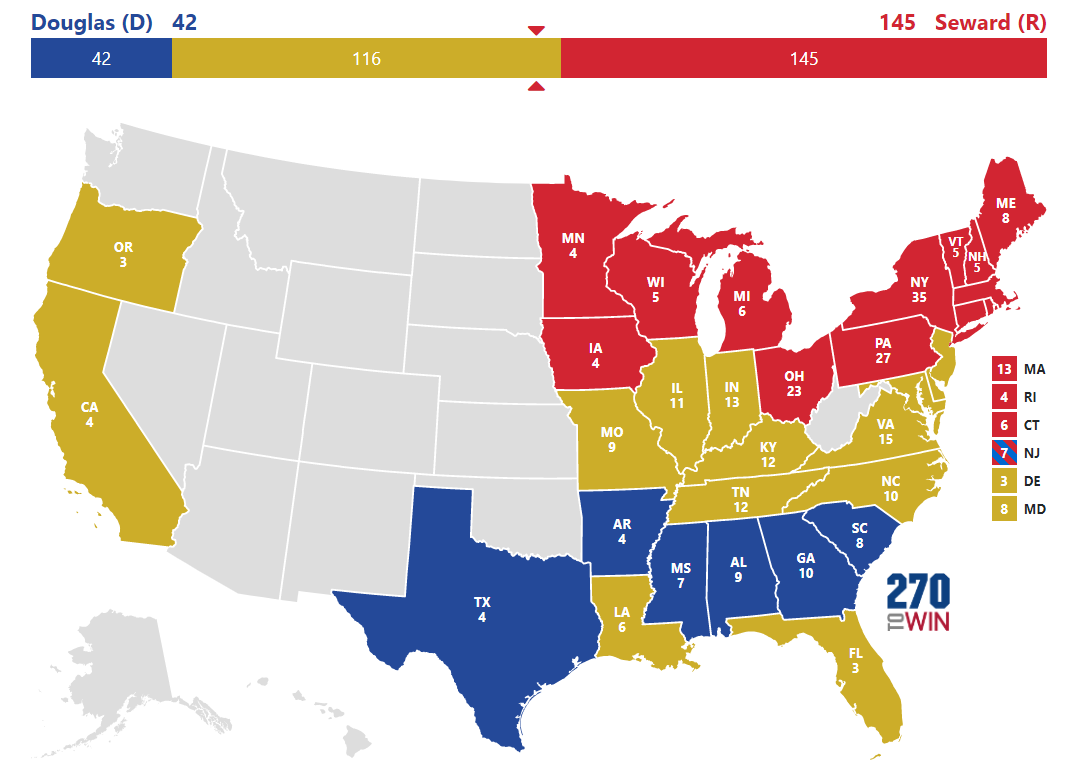 Fillmore does little to nothing to curb the growing divide in the country. The Republicans grow in size. Fillmore passes on a 3rd term (second full term). The democrats are consumed by the Fire-Eaters. The Republican nomination of William Seward does hurt them, and throws the election to the House, but with some convincing by Abraham Lincoln to get anti-slavery Whigs to support Seward, he wins anyway. Next part out soon
Last edited: Sunday at 10:54 AM

@Hydrons this is a great scenario, however, why did you use the Whigs as Fillmore's party? Did they rebrand or did they just never collapse ittl?

Rosa Luxemburg said:
@Hydrons this is a great scenario, however, why did you use the Whigs as Fillmore's party? Did they rebrand or did they just never collapse ittl?
Click to expand...

they dont collapse. However, the Republicans still break off and the Democrats get eaten up by the fire eaters. To make up, Democrats like Andrew Donelson leave the Democrats for the Whigs.
Threadmarks
You must log in or register to reply here.
Top
Top