Peg Leg Pom said:
So any ideas for hat they'd use if the Germanic Cross was as vilified after the world wars as the swastika?
Click to expand...

Peg Leg Pom said:
So any ideas for hat they'd use if the Germanic Cross was as vilified after the world wars as the swastika?
Click to expand...

Cross-posting from the Graphics Request Thread, some roundels requested by @Kibbutznik:

Kibbutznik said:
Hello! I wasn't sure whether to post this request here or in the other thread, so I'm doing it in both just in case
I need a couple of military air markings of varying shapes.

-For Russians, the St. Andrew's naval ensign within a blue border.
--For Britain, a white diamond intersected by diagonal red lines, with the upper square filled in with the same red.
--For Canada, the same symbol as Britain, but with a green maple leaf in the lower square.
--For New England, the same as Britain, but a green fir tree in the lower square
--For Argentina, an oval bisected horizontally, with the lower half colored white and the upper half colored with the blue from Argentina's flag. The middle of the oval should have a golden circle.
--For Portugal, a blue diamond with a red border and five white dots inside it, arranged like the dots on the "5" side of a die.

Thank you in advance to anyone willing to accept this request.
Click to expand... 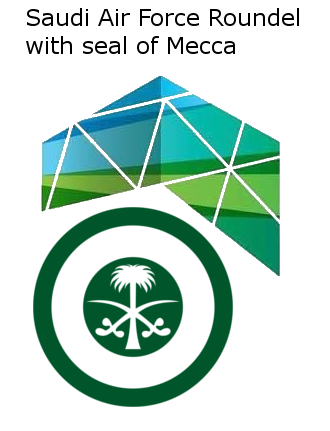 This is the insignia of the portion of the Saudi Royal Air Force that is loyal to the "King" in Mecca in the 1981 Saudi Civil War. The seal of Mecca, the holiest city in all if Islam, is paired with the Saudi Royal Air Force roundel. There was debate about which should be over the other, but ultimately, Islam's holy city was deemed to have precedence. (Some say that it's that way because it looks better.)

The faction centered around the Army uses the pure roundel, the National Guard faction in Riyadh uses the roundel with a book, presumed to be the Koran, over the roundel, and other factions have chosen other symbols. I'll post them as I create them.
Last edited: Oct 9, 2021 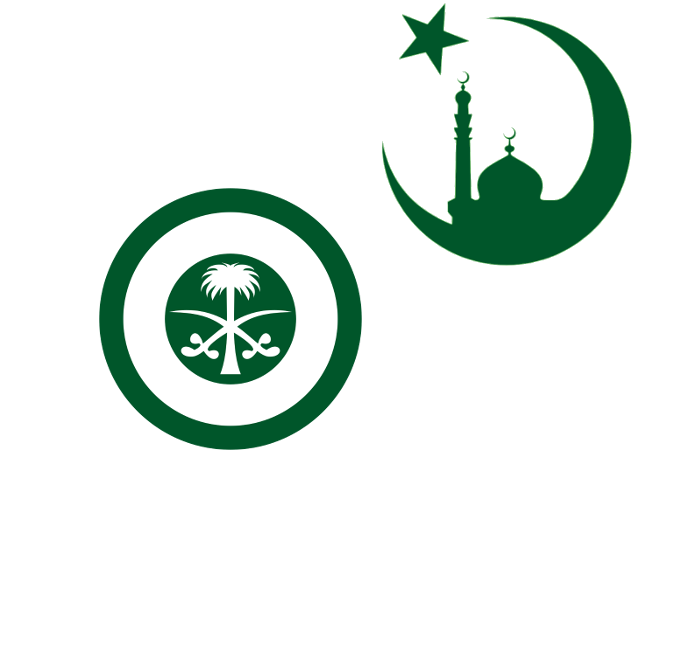 Change of plans, mostly to keep things VERY recognizable, since everyone's flying the same planes. The National Guard in Riyadh chose a mosque to show that they stand for all Islam, rather than the Koran. The bookrest used for the Koran looks too much like the seal of Mecca.
You must log in or register to reply here.
Top
Share:
Share
Top