Albion, where the Sun never set

This is very unrealistic but very interesting, also I love that you've made Tilda Swinton Queen of the UK

Kinda weird that all those graphical timelines are Brit-wanks though, or at least all the really high quality ones

Tilda Swinton also has a daughter, Honor Swinton Byrne, who is an actress herself and has recently played a leading role along with Tilda Swinton in a great movie The Souvenir 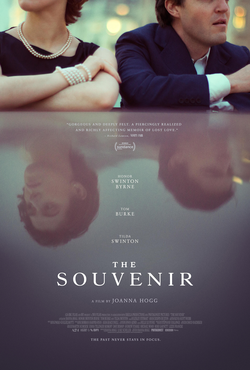 I highly recommend it for everyone to watch!

1) How was the Mountbatten name created TTL (as Albion and Germany fought on the same side during WW1)?
2) Have there been any proposed Imperial Kingdoms that didn't happen?
3) Why isn't Carniola featured on the map?
4) Who is the ancestor of the Tuvaluan monarchy?
5) Does Moravia have any exclaves?
6) Is Astrid, Nordic Empress sister of Beatrix of the Netherlands?
7) How did the Galapagos became a independent country?
8) Why was Maximilian II of Mexico's reign so short?

TheBeanieBaron said:
1) How was the Mountbatten name created TTL (as Albion and Germany fought on the same side during WW1)?
Click to expand...

ITTL the Mountbatten name was created by the 2nd Duchess, Princess Caroline Windsor de Mountbatten, in the 1940s (although it was an idea even in her parents' heads since the 1930s, when she and her sibling chose to "naturalize" their paternal surname both in a simple desire to do so and to differentiate themselves from their Albany cousins.
Because of that, there are three different ways through which the family surname is known "Windsor de Mountbatten", "Mountbatten" and "Mountbatten-Windsor". This also happened later on with a small branch of the House of Holstein-Gottorp/Oldenburg who moved to Albion and naturalized their house as "Oldcastle" after they became Viscounts of Blakeney

TheBeanieBaron said:
2) Have there been any proposed Imperial Kingdoms that didn't happen?
Click to expand...

Oh yes, mainly through the idea being considered fringe even at the time of its proposal, because the person offered declined on its early stages or through unfortunatte happenstance. For example:
- During the early days of the Imperial Kingdoms, there were some semi-serious proposals for creating Princess Beatrice the monarch of a kingdom comprising either the totality or part of Ireland. In a similar vein to that, there were also ideas thrown around about creating an imperial kingdom out of the Isle of Man
- Following his conversion, there were serious talks running around of making Prince Arthur Frederick (the son of Emperor Henry and Mary of Teck) the monarch of "Albish Levant" in the future as either an outright "King of the Levant" or some sort of High King when the idea of the modern confederacy begun
- And during the 1930s there was some serious thinking about creating an imperial kingdom out of West Australia, but it fell through due to changes in the province's political climate and secessionist ideas

TheBeanieBaron said:
3) Why isn't Carniola featured on the map?
Click to expand...

Because I needed to update it, now it should appear (although the Dynasties map still needs me to do a more thorough revision so It shouldn't appear there for a bit yet)

TheBeanieBaron said:
4) Who is the ancestor of the Tuvaluan monarchy?
Click to expand...

An ITTL Duke of Brunswick, as the House of Brunswick-Wolfenbüttel didn't become extinct in 1884 and instead continued, with said duke gaining the throne of Tuvalu when the country (originally a French colony, then a German) became independent (the Duchy of Brunswick passing to his third cousin and brother-in-law as he abdicated his right to it to become king)

TheBeanieBaron said:
5) Does Moravia have any exclaves?
Click to expand...

Yes, in a sense, they're more like condominiums between Moravia and Silesia who are also in a manner ruled by five other branches of the House of Hapsburg (so they could be also considered small states within the two, who are also within the greater UHE)

TheBeanieBaron said:
6) Is Astrid, Nordic Empress sister of Beatrix of the Netherlands?
Click to expand...

TheBeanieBaron said:
7) How did the Galapagos became a independent country?
Click to expand...

It isn't, Galapagos is a Crown Dependency

TheBeanieBaron said:
8) Why was Maximilian II of Mexico's reign so short?
Click to expand...

He died in a train accident (no-kidding, he actually died due to his train suffering a catastrophic derailment while on a visit to Belgium)
Threadmarks
Reader mode
You must log in or register to reply here.
Top
Share:
Share
Top