IOTL, there was the PDRY in 'Aden' and the Dhofar Rebellion in Oman, which was originally a provincial rebellion. However, none of these explicitly sought to create a Republic of South Arabia. Is it possible for a *republican Britain or some foreign occupying force to create a Republic out of the area?

In Separated at Birth, the US defeats Britain and causes its empire to collapse in *WW1. One of the regions it occupies is the UAE, which it turns into the Republic of Dubai.

Yemen+Oman may look neat on a map, but unifying them, and keeping them that way, is a trickier proposition. Adding Oman's Ibadis to Yemen's Sunni-Shia conflict is not a winning proposition.

As we're seeing IOTL, even keeping northern Yemen & southern Yemen together for a long time is difficult.

There's no such concept as Southern Arabian outside of language families. I don't think this is possible, even without a 1900 limit.

Short of being forced by outside powers, zilch chance.

Yemen is a difficult situation of a country. The southern Arab tribes never considered themselves as a "group" so to speak. When the British got there they were still warring with each other, and the British had to continually suppress wars between tribes throughout the entire existence of the Aden protectorate. There is almost absolutely no chance in my mind that the southern Yemenis alone could form some sort of functional, stable republic. I mean, just look at the Yemenis today. To unify them with the Omanis would be astronomically harder. The Omanis have always been fiercely independent from other Muslim states due to their unique Ibadi sect of Islam and unique culture. To put a war-torn Yemen and stable Oman together would be an abortive move on the part of the British, maybe even less successful than any of the attempted "Mega Arab-state" mergers of the 1970s and 80s.

Let’s flap some butterflies and suppose he gets radicalized in his youth, or just plain drinks some stupid juice. Shortly after taking over he pisses off the British real bad, maybe nationalizes the oil reserves and shuts them out, whatever.

Some republicans inclined militants reach out for British backing to overthrow the sultan and get it. The plan works fairly well and as of the next year Oman is again British aligned again but with a republican government now.

Oman stays a British “ally” (maybe even puppet state” and is comfortable open for business through the 30’s and 40’s.

I’m the 30’s Britain takes a more aggressive stance in border negotiations with Saudi Arabia, insisting on the 1913 and 1914 Blue and Purple lines as established with the Ottomans (see map). This leads to some skirmishes involving the Saudis, British colonial troops, and the Omanis but eventually is accepted. Within the British-Omani zone of Southern Arabia Oman is delegated the administration of the entire interior and most of the southern coast east of Aden.

When decolonization roles around the UK is fearful of small states falling to soviet influence (and public opinion views the local princes and sheiks as despots) so instead of granting independence to the gulf protectorates and Aden they are merged with Oman (already a reliable British ally for decades at this point), forming the Republic of South Arabia. 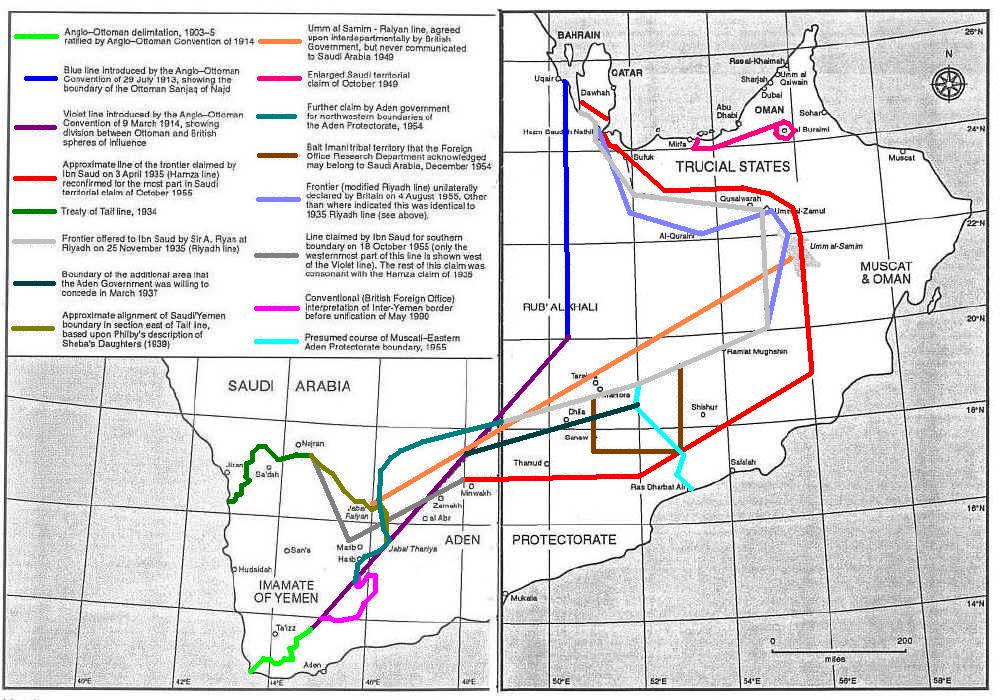 I think the population centres of Oman (coastal strip between the Al-Hajar Mtns. and the Indian Ocean in the far east) and Yemen (Yemeni Plateau in the far west) are too separated to last as one nation for long. 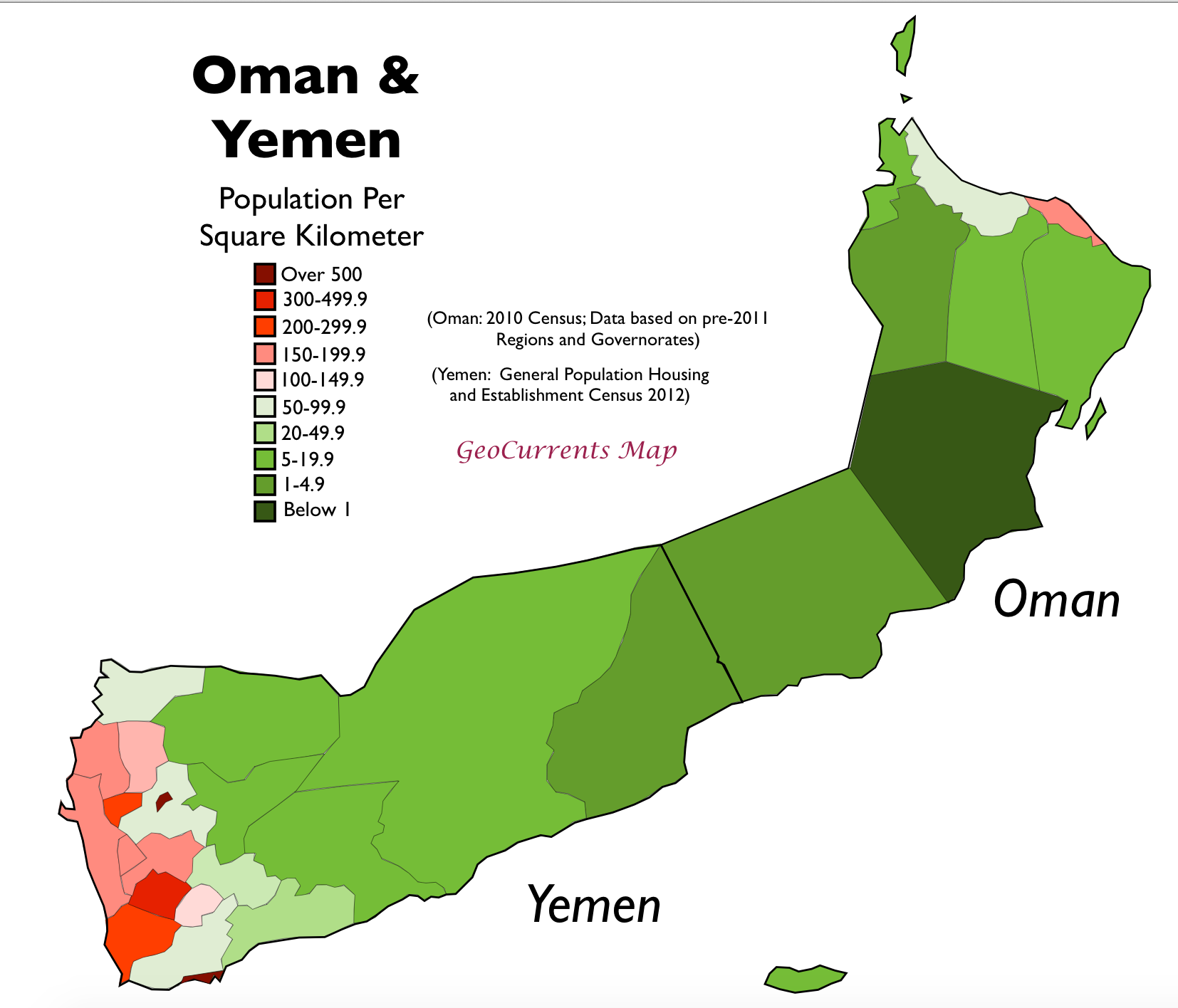 A different division of borders in the lightly populated region between the two could happen (e.g. Oman takes the Hadhramaut or Yemen takes the Dhofar region).

Not sure if I'd include Oman in the mix... I had an Omani friend once a long time ago, they'd probably rather be left the hell out of this, thank you very much
Now for South Yemen...not sure about a "Republic" other than the PDRY (which was an interesting experiment...) but how about a Constitutional Federal Monarchy, patterned after Malaysia? Difficulty of course being that there's a whole lot more, mostly petty, monarchs to bring into the process... but for a time in the '60's that seemed to be the direction they were heading in....
You must log in or register to reply here.
Top
Share:
Share
Top