AHC: Jerry Lewis gets with the program on disability rights.

This is from an article Jerry wrote in 1990. And later on, Jerry would make even bigger mistakes. Now, people make mistakes all the time, and recovery from them. But Jerry was just too stubborn.

This almost has shades of Greek tragedy. His strength of personality and stubbornness built up the Labor Day MDA Telethon (Muscular Dystrophy Association), and these same traits took it down.

AHC: Have Jerry Lewis get fully on board with disability rights.
Last edited: Sep 4, 2020

From what I know of Lewis, the guy was probably way too old-school to get on board with any halfway progressive concept of disability activism. Not that he was neccesarily hostile to persons with disabilities, but he just wouldn't be able to really get the idea why certain words and phrasings should be avoided, and others embraced.

(And I'll also play Devils Advocate a bit and say that while he shouldn't have used those particular words in a published article, it's also something I could imagine myself saying in a thoughtless moment, with the meaning being something like persons with disabilities are able to do only half of the things the non-disabled are able to do. Rather than that they are the untermenschen.)

These rights activists - all of them - are far too touchy.

marktaha said:
These rights activists - all of them - are far too touchy.
Click to expand...

Reading the article, he does go into some fairly explicit detail about the kind of bullying that children with disabilities endure while supposedly under the protection of the school system.

Given that, at least according to the standard narrative, bullying in schools didn't really become an issue until the late 2000s some time, Lewis was arguably ahead of the times on that one.

That said, I understand the activists' point that it is demeaning to be made into an object of pity: as Nietzsche said, the opposite of pity is respect. Though, in the absence of pity, one wonders what would be the main motivating force in convincing people to give to charity.

Donor
Oh good grief.... this was 30 YEARS ago.. can we quit trying to put modern political correctness onto the world of 1/3 of a century ago? And can we especially not try to force it onto people that were born over a CENTURY ago?
The world was different, the language was used differently, the people were raised differently. Phrases used then would give folks a heart attack today. And not everyone was so sensitive that one word used by by someone would instantly cause someone else to have a mental breakdown...

So let’s just understand that things were different then. But that most people mean well today and most ment well Back then.

And let’s not go and re-examining everything everyone has ever said...

Things , people and language changes. Go back to the 1940s and ask someone what the word “gay” means to them (as an example). And you will find a completely different definition (so the original wording fo the Flintstones theme song)
Things change. And what was once perfectly acceptable today may not be.

As for the ideas this tho is may have had a negative effect on the telethon..l. Sorry the telethon was going downhill for a while as Tthe novelty had worn off, the stars were not participating like they had, and it had accomplished little obvious results as far as eliminating the illness this folks were simply getting tired of it and it had run its course.

Heh. If anyone thinks I was being pretentious with my Nietzschean reference above, apparently the theme song for the 2013 MDA Telethon was called "Stronger(What doesn't kill you)" by Kelly Clarkson.

I did not know that when I made that post.

I basically agree with you, but just for the record, the original controversy WAS thirty years ago. I remember those remarks, and the backlash came pretty quickly. So this isn't quite a case of dredging up old comments randomly to whip up controversy.

‘ . . . In its peak years, the telethon ran for more than 21 hours, with the tuxedo-clad Lewis pushing himself to exhaustion before ending with his schmaltzy rendition of “You’ll Never Walk Alone.” . . . ’
Click to expand... 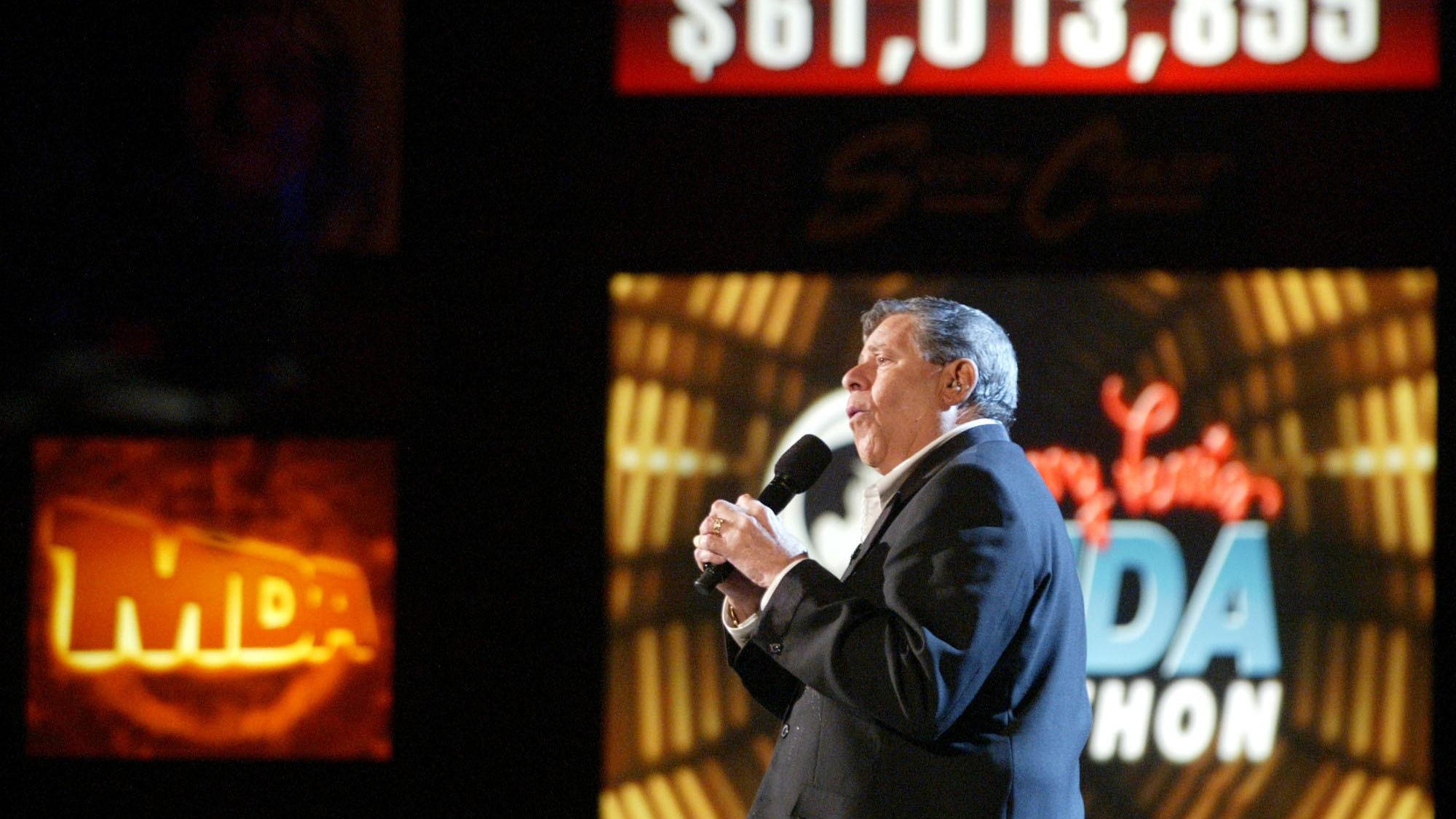 MDA gets mixed results with no Jerry Lewis, no telethon

The MDA’s leadership brims with enthusiasm about expanding online outreach and fundraising.
www.detroitnews.com

I remember the show starting around (?) 6:00 pm on Sunday and continuing through about 3:00 pm on Labor Day itself.

It was a great example of Americana, which many younger persons and some of our overseas friends may not really know about.

Many of the very biggest stars appeared on the show, in a wide range of music and other entertainment.

Granted, having the Killer as emcee would have made for an interesting telethon.

Do you honestly think someone has to be super sensitive to object to “half a person” or think that it’s a clear mistake on Jerry’s part?

And not some hipster activist, but a disabled person himself started a protest called “Jerry’s Orphans” the very next year.

THE KIDS ARE ALL RIGHT : ABOUT

This is part of what makes live TV so much fun!

Maybe as a Country & Western singer that name more readily came to Loretta.

And with today being the Sunday before Labor Day, it’s the exact anniversary. 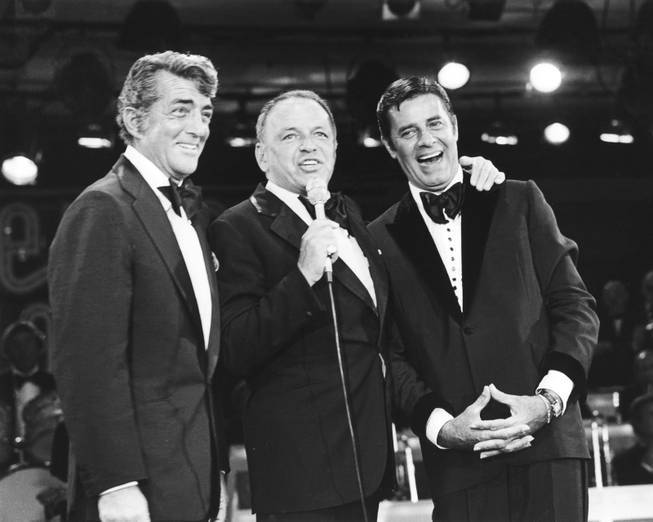 Frank Sinatra organizes a reunion between Dean Martin and Jerry Lewis in 1976.

The Jerry Lewis MDA Labor Day Telethon was a big deal for a long time.

Here are persons with disabilities protesting the Oscars giving Jerry a humanitarian award in 2009.

Again, I am not inventing the protests. What I’m inventing is the possibility that Jerry follows the Hollywood maxim that all publicity is good publicity as long as they spell your name correctly!, and that he responds to the protests in a better way.

And if we could time-warp back, say, to 1977 the first year of the Carter presidency . . . the Telethon would be starting about right now—

So, Jerry gets the issue.

Now, he brings out a teenager and he clowns around in Jerry fashion, so one can question how well he follows his own goals. But at least he understands the concept, and as early as 1974, for crying out loud!

I think later on, he just couldn’t handle the fact that he was being criticized regarding charity work.
Last edited: Sep 16, 2020

Banned
One of his most questionable ideas was making a film that was never finished set during the Holocaust where he’s a German clown.

samcster94 said:
One of his most questionable ideas was making a film that was never finished set during the Holocaust where he’s a German clown.
Click to expand...

I heard that it was finished but that he couldn't get anyone to release it. Supposedly he played a clown leading the children at one of the death camps.

gladiator8085 said:
I heard that it was finished but that he couldn't get anyone to release it. Supposedly he played a clown leading the children at one of the death camps.
Click to expand...

From what i've read, the movie ends with him taking the kids to the gas chamber and entering it along with them.
You must log in or register to reply here.
Top
Top