This is more of a help. If the colonialist had won the revolution with Great Britain, could they have chosen a different names? Does the Republic of New Albion work?

Freedonia. That would be cool.

Dave Howery said:
Freedonia. That would be cool.
Click to expand...

"You realize, of course, that this means war." 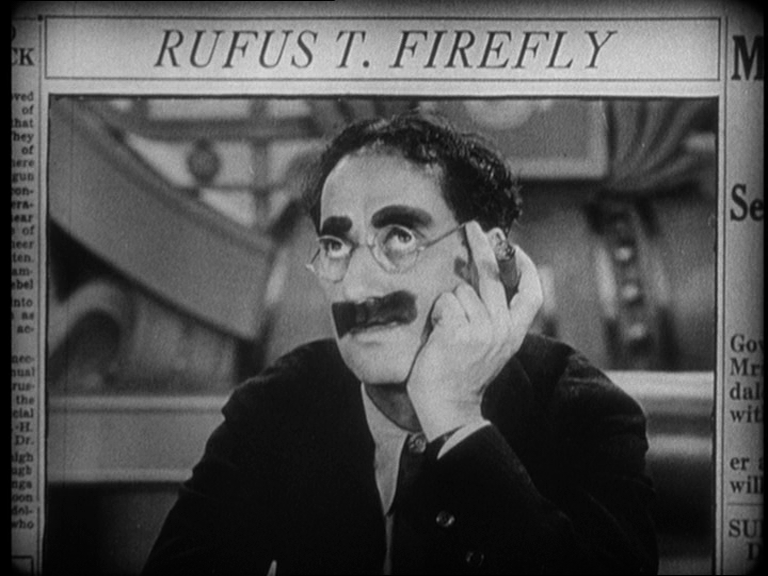 If it is discovered by someone and they take it as a new land to the west then these ones below.

Derivative of West in language of discovers (ex: Westeros)
Westerland (with natives being called Westerlings)
Click to expand...

The issue wuth many of these is that Anglo colonists are unlikely to use Spanish names and spellings. which rules out Colombia (Colonia is not attested anywhere, and given that Simon Bolivar's state was named after Columbus, I think we can rule it out) or any variants on Cristobal.

The West thing is a good move, in which case I would think Hesperia is the way to go. It has sufficient connotations of the achievements of past colonists (in this case Aeneas) and keeps that nice Latinate "-ia" ending.

However if you want to keep the Columbus thing going maybe something like Christophsland? Christopheria may work as well but Columbia definitely seems the best route if you go about it that way.

Stolengood said:
"You realize, of course, that this means war."
Click to expand...

I love that movie

Besides the obvious choices Columbia, Vespuccia, and Cabotia, how about Verrazzania (from Verrazzando, the man who foind the easy coast of NA), Cabralia, etc. It all matters on who makes the first popular map of the New World to choose.

Ther problem is that they, and everyone else in Europe, called them "Americans" since that's the name for the new world that stuck.

I personally like "Novomundia" if you want an alternate name. It's Latin so it has that classical flair favored by enlightenment revolutionaries. It was the name Vespucci himself supposedly favored. It signals a radical break from the British past (which the USA liked to fancy itself). And it is not named after a person from Europe.

Problem is, how are you going to get millions of people who thought they were "Americans" to adopt a new name?

Or maybe "Atlantia" or even "Atlantis". Again classical origin and accurate to a point.

I am a fan of Appalachia or Alleghenia.

zoomar said:
Ther problem is that they, and everyone else in Europe, called them "Americans" since that's the name for the new world that stuck.

I personally like "Novomundia" if you want an alternate name. It's Latin so it has that classical flair favored by enlightenment revolutionaries. It was the name Vespucci himself supposedly favored. It signals a radical break from the British past (which the USA liked to fancy itself). And it is not named after a person from Europe.

Problem is, how are you going to get millions of people who thought they were "Americans" to adopt a new name?
Click to expand...

I believe at the time of the American Revolution the name 'American' was still an unpopular demonym among many because it was more associated with the natives than the colonials at the time. Hence all the alternative proposals that came up at that time (some of which are mentioned above) but nobody liked the idea of a new name, either, so it stuck.

Of course, in some of the original documents it's the United States of North America, but that just sort of fell by the wayside over the years.

Other than those I'd have to go with:
- Similar variations of Columbia
- Independence
- Freelandia

As I once wrote in soc.history.what-if:
***
George R. Stewart, in his book *Names on the Land: A Historical Account of
Place-Naming in the United States* (Boston: Houghton Mifflin 1967)
suggested that the name "United States of America" may have been
unfortunate. True, it was natural at the time: the revolutionaries had
referred to "the united colonies of North America" or "the united colonies
of America" and then began to refer to "states" rather than colonies. So
it was approppruate when the Declaration of Independence referred to "WE,
THEREFORE, the representatives of the United States of America." This
represented the least possible breach with tradition. But, Stewart
continues (p. 171):

"As soon, however, as the emergency of the war had grown less, the
inadequacy of the name became apparent. United States of America was
greatly lacking in that it supplied no good adjective or term for the
inhabitants of the country. It was unwieldy, inexact, and unoriginal.
Although it rolled well from the tongue of an orator, not even the
sincerest patriot could manage it in a poem or song.

"Possibly some far-seeing federalists may also have realized already that,
however good it may once have been, the name could become a political
hazard. England or France, Virginia or Massachusetts--all these implied an
indivisible unity. Such states could be conquered or their governments
overthrown by revolution, but they could not be obviously split into
components. The very plurality of States, however, was a standing
suggestion that what had once been united could equally well be taken
apart; in the very name, the seeds of nullification and secession lay
hidden." (One can of course argue that Stewart is exaggerating the
importance of names here; I doubt that nullification or secession would
lose many supporters had the country been named Columbia. Still, the fact
that the states were incoporated in the very name of the USA, and the fact
that "United States" was often used in the plural--e.g., "the United States
*are*"--must have had *some* psychological effect.)

Stewart thinks "Columbia" (perhaps invented by the poet Philip Frenau)
would have been better. "It was an obvious coinage by the standards of the
time. Poets quite generally preferred such elegantly classical
circumlocutions as Britannia for Great Britain, Scotia for Scotland, and
Cambria for Wales. Some of these terms had already established themselves
in English as national names, such as Russia and Austria." Columbus had
never been a hero in colonial days (the British for political reasons
preferred to emphasize the Cabots' discovery of North America) but by the
time of the Revolution there was not much chance that Spain would claim
sovreignty over New York or Philadelphia, and the Cabots were shadowy
agents of a British king, unheoric in stature. The country began to look
back to Columbus as a kind of founding hero.

Stewart concludes that "Columbia was a happy coinage. Virginia and Georgia
had already made such names familiar. It was almost everything that
the United States of America was not--short, precise, original, poetic,
indivisible, and flexibly yielding good adjectives and nouns. Freneau used
it several times in *American Liberty*, and in the succeeding years it
gradually became established in poetry. In 1786,it was adopted for the new
capital of South Carolina." The logical time for adopting it as the name
for the new nation would have been during the 1787 Constitutional
Convention, but the delegates had more important things on their minds.

The independence of the Latin American republics made "United States of
America" a more questionable choice than ever. Yes, in most cases it's
clear from context whether "American" is being used to describe the country
or the continents, but that is not always the case, and anyway, was it
really wise to add one more grievance, however petty, to the Latin
Americans' resentment of the Colossus of the North? (Although, as Bergen
Evans once remarked, any injustice in using "America" to refer to the USA
can hardly compare to that of naming an entire hemisphere for Amerigo
Vespucci in the first place.) And it led to such absurdities as Latin
Americans referring to people from the USA as North Americans--although
that name is just as applicable to Canadians and even Mexicans. (And of
course if you pointed out the imprecision of "North American" there were
always "Yanqui" and "Gringo"...)

After 1787, some suggestions to change the name of the USA were still
made--e.g., "Usona" from United States of North America--but they never got
anywhere. (Another contender, but not a very serious one, was "Fredonia"
which survives only in the names of a few towns and in the Marx Brothers'
*Duck Soup.*) Columbus was out of contention after 1819, being associated
with a region of South America. And of course had Columbia been chosen,
some Native Americans and African-Americans might now be saying that the
very name of the country was racist and should be changed--but again,
Amerigo Vespucci was no less a dead white European colonialist male.

Stewart, in all fairness, admits that some names are even worse than
"United States of America"--e.g., "Soyuz Sovietskikh Sotsialisticheskikh
Respublik."
You must log in or register to reply here.
Top
Share:
Share
Top