Frank Hart said:
Then either Saudi Arabia shouldn't be sunk, or the UAE should be sunk.
Click to expand...

Unless it's based on names in another language, like Spanish where it's Arabia Saudí.

The world in the future, after the Dual Guinean wars have concluded. Note that the Pakistani and Egyptian borders do not include rebel groups in the two countries. 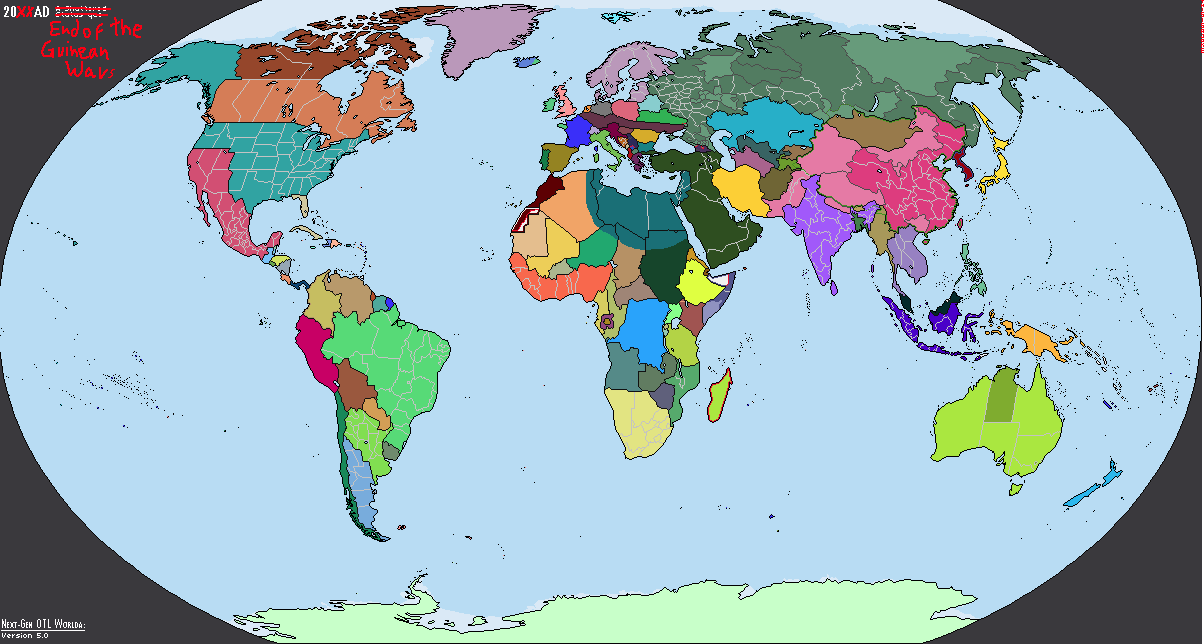 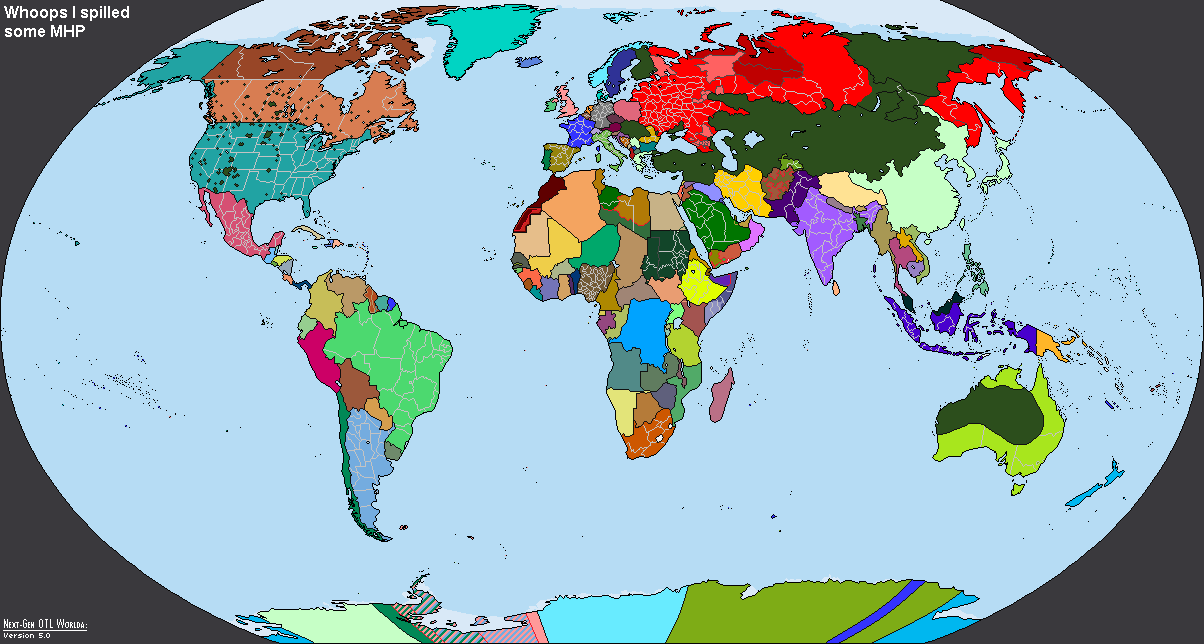 Whoops I spilled some ultranationalism let me just pick it up

my history teacher did so...

tungsterismapping said:
View attachment 586716
Whoops I spilled some ultranationalism let me just pick it up
Click to expand...

tungsterismapping said:
my history teacher did so...
Click to expand...

If so, please add Estonia, Komi, and much of the Volga Ural area as well.

Frank Hart said:
If so, please add Estonia, Komi, and much of the Volga Ural area as well.
Click to expand...

Also; Korean, Manchurian, and Japanese are all Altaic languages, so they could be included too 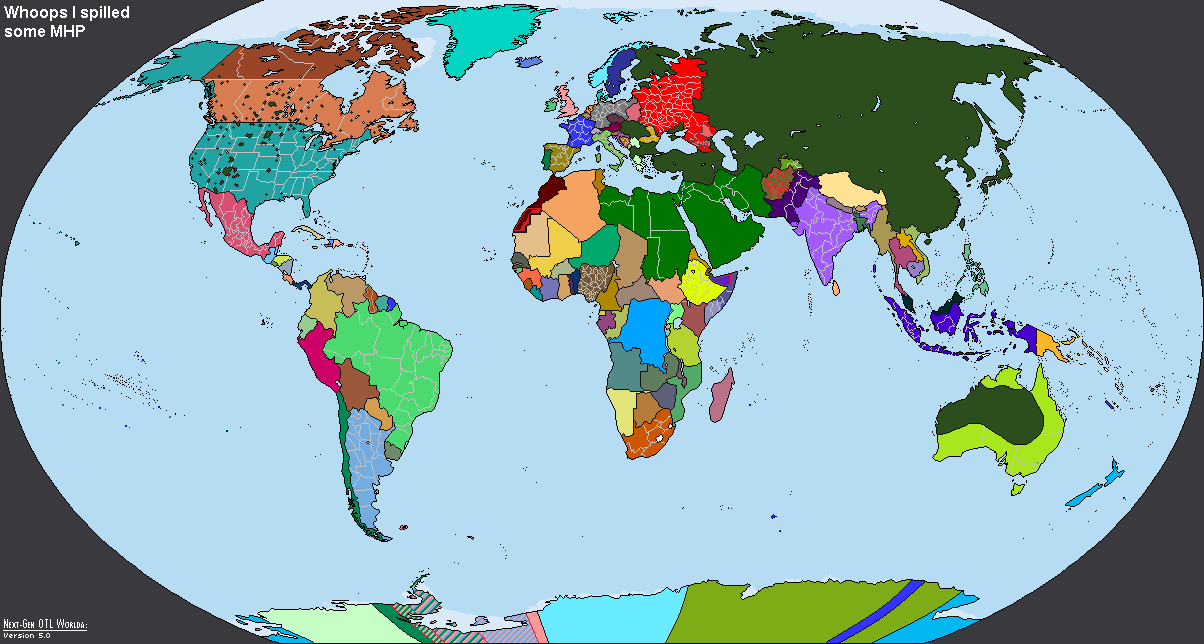 Wow, that's an impressively big China. Have you settled on a dynasty name for it?

deleonism said:
Wow, that's an impressively big China. Have you settled on a dynasty name for it?
Click to expand... 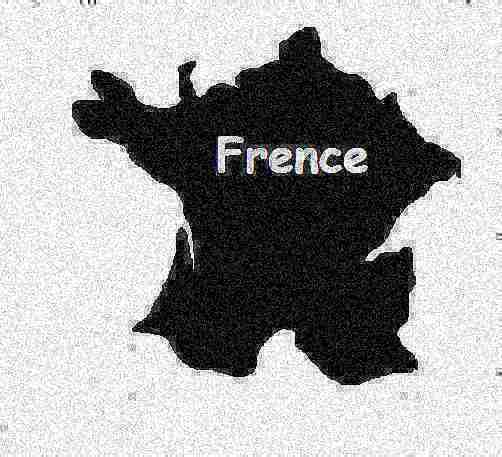 Potential V3: Turkey (assuming that is Turkey) has the entire rest of the world but lost Istanbul

Edit: on a related note to that idea: 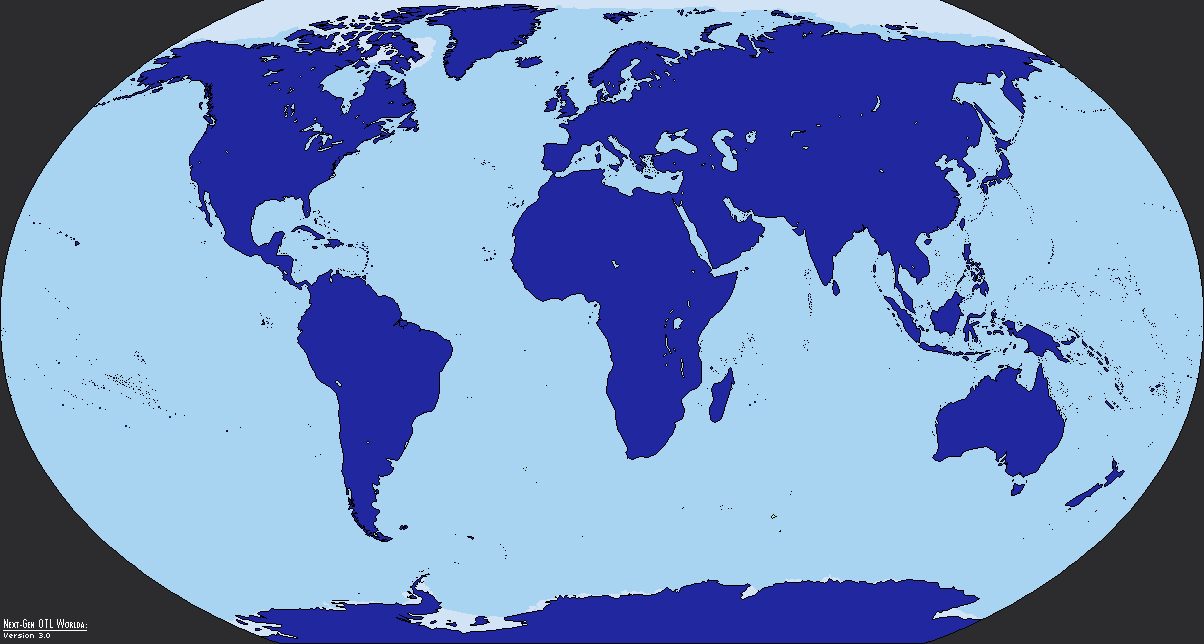 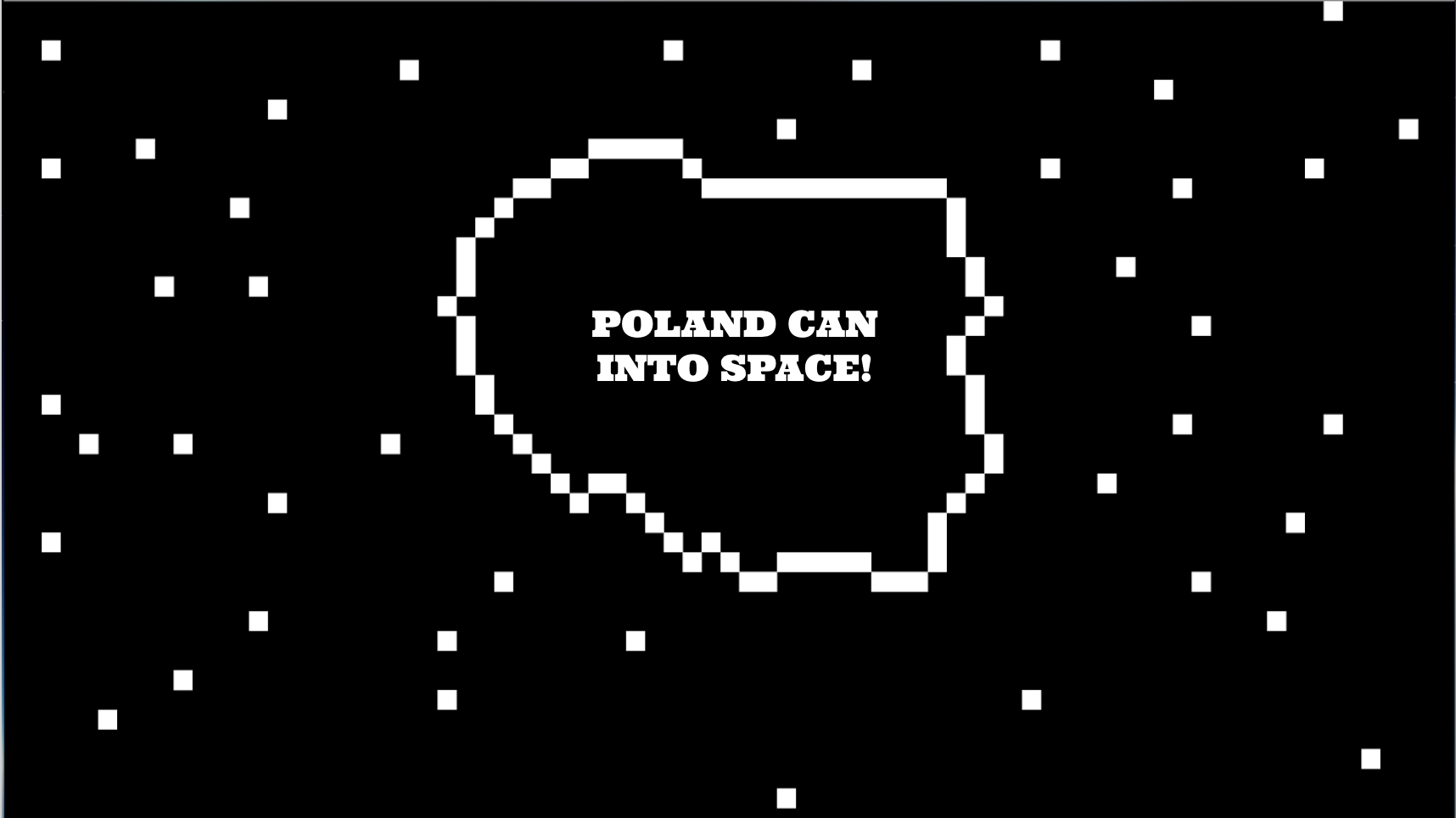 BTW this was made with a WorldA.

deleonism said:
Wow, that's an impressively big China. Have you settled on a dynasty name for it?
Click to expand...

I kind of like the Soviet Union split in two.

blsssd said:
I wanted to do a map based on Germany gaining occult powers, and also was influenced by TNO. This is the result.

The PoD is Hitler dies before Operation Barbarossa, Barbarossa goes slightly slower than OTL but Himmlers studies in the occult yield results. He resurrects Hitler and nearly a million German soldiers through one of the largest rituals of all time. Zombie Hitler and the Dead SS are able to make Russia capitulate and make Reichskommissariat in Russia. Three years later, Himmler teleports the Dead SS (using another gigantic ritual) from Brittany to London. The surrounded British surrender and the UK becomes a Reichskommissariat.

Afterwards, the majority of Europe was under Germany. Ulster, seeing a bad future ahead seceded from the UK and joined Ireland as an autonomous territory. Scotland is a major hotbed for rebellion, and the entirety of the UK is near ungovernable even with genocide.

In France, the Free French were massacred, while collaborators were rewarded. The Free French have been practically wiped out, with only the colonial Free French remaining to continue the resistance

The Balkans were split between Italy and Germany, with Italy researching how to harness the power of God,successfully turning Vatican City into a holy weapon that protected the entirety of the greater Italian sphere. Mussolini began reforms and made the country more religious as faith was the fuel for the Vatican. Italy is leaving the sphere of the Reich, as they do not like the godless pagans

The USSR was practically destroyed after the war, with Stalin killed in war and Beria and Molotov taking over. Several warlord states seceded from Russia, and Beria was fighting a losing war, when he finally decided to use Russian pagan symbols to resurrect Stalin. Zombie Stalin consolidated the USSR, and drove out many warlords with only the West Siberian League, a organization consisting of three republics in Siberia, remaining.

In Turkey, shocked by the closeness of the Third Reich, Turkey was able to resurrect Kemal Ataturk. Seeing the atrocities done by the Reich,Zombie Kemal knew that there was no chance of peace, instead invading the Middle Eastern Reichskommissariats, taking them for Turkey and puppeting Egypt. He industrialized for nearly 10 years. Germany attempted to send the Dead SS to Ankara, but Kemal routed them and defeated the undefeatable. He then freed Sudan from the Reich, making it an independent kingdom. He was also able to setup a protection field in the Haga Sophia.

India is controlled by the Azad Hind. They broke away from the Axis, and are currently in a protracted border conflict with China.

Japan continues to be occupied by the US.

France fights major wars in Africa, with a military blockade of their one non landlocked country.

America funds anti-German states across the world, and does their own research into the occult. They have gained Spain as an ally, and it is their land base in Europe


With Scotland, Ireland, Spain, France, the USSR and Turkey planning a great war on the Reich, their ally Italy leaving them due to not being Christian, internal strife dividing the Reich, and a bad economy, the Reich will fall. The question is: when will it be?View attachment 588390
Click to expand...

The continuation of the @blsssd map on the Map thread.
While the appearance of Nazi occult magic destabilised the free world, the latter managed to rise up using its own magic to defeat the Third Reich.
In Central Africa General De Gaulle managed to summon Zombie Napoleon and the ghost of Joan of Arc. However, Corsica was very much alive when he was locked in a refrigerated truck, the heat of the region decomposing his body. The spirit of Joan of Arc led a huge counter offensive throughout Africa, pushing the Germans back to the Mediterranean.
In the United States the Manhattan Project was redirected towards the creation of the "Presidential Golem", using Mount Rushmore as a base. Washington was the first 60m high American golem, but the process destroyed the city of Washington as well as the state of the same name under a magical nuclear fire. Moreover, the spirit of the founding father was accidentally mixed with that of Norton I, emperor of the United States and protector of Mexico. The United States thus became a monarchy, annexing the Mexicans after Golem Washington was accidentally trampled on Mexico City.
In Brazil the Amazon Indians travelled back in time to capture Pedro I of Brazil and lock him in a robotic envelope. RoboPedro became the slave of the Indians, launching waves of conquests in South America before becoming "Emperor of Amazonia".
In the USSR Stalin, after banging his skull against a wall, decided to capture the spirits of Rasputin and Ivan the Terrible and absorb them, then launch a conquest of Europe.
When the ghost of Joan of Arc landed in France with Golem Washington it was learned with horror that a black hole had formed in Central Asia around the mausoleum of Tamerlan. The black hole in question being nothing more than the door to another world created by an alternative Tamerlan who had become a demon.
Seeing the world crumble, the pope called Jesus by radio waves to return to earth. The latter resurrected a second time in the middle of the Vatican, but at the cost of Sicily and Sardinia, which sank under the ocean. A peace conference was organised by Jesus in Geneva. Stalin despite his lightning hands could not conquer the whole of Europe, having to be content with Eastern Europe. France regained its sovereignty and acquired territories in the former Germany. Moreover, Joan of Arc did not like the English and sent them to the Arctic Circle (the country became a refuge for the occult Nazis of Thule). Ireland took the place of England because it was Catholic.
The appearance of Jesus, however, posed a problem in Greece. The Greek Orthodox decided to excommunicate Jesus because he was Catholic. More Greeks were waging war on Jesus, rather Stalin's moustache than the Pope's skullcap!"
In Arabia, the Saud dynasty succeeded in discovering Muhammad's spaceships orbiting the earth. Muhamad decided to support the Saud in a war of conquest against Atta Turk's empire. Atta Turk's empire disintegrated in part, allowing the Saudis and Soviets to defeat Ankara.
Now everyone seems to be trying to plug the black hole in Central Asia created by Tamerlan, except for Muhamad's ships who made a deal with Demon Tamerlan in exchange for black energy. A support fund was offered to China creating clone armies of giant Mao.
The world does not seem ready to survive such a change! 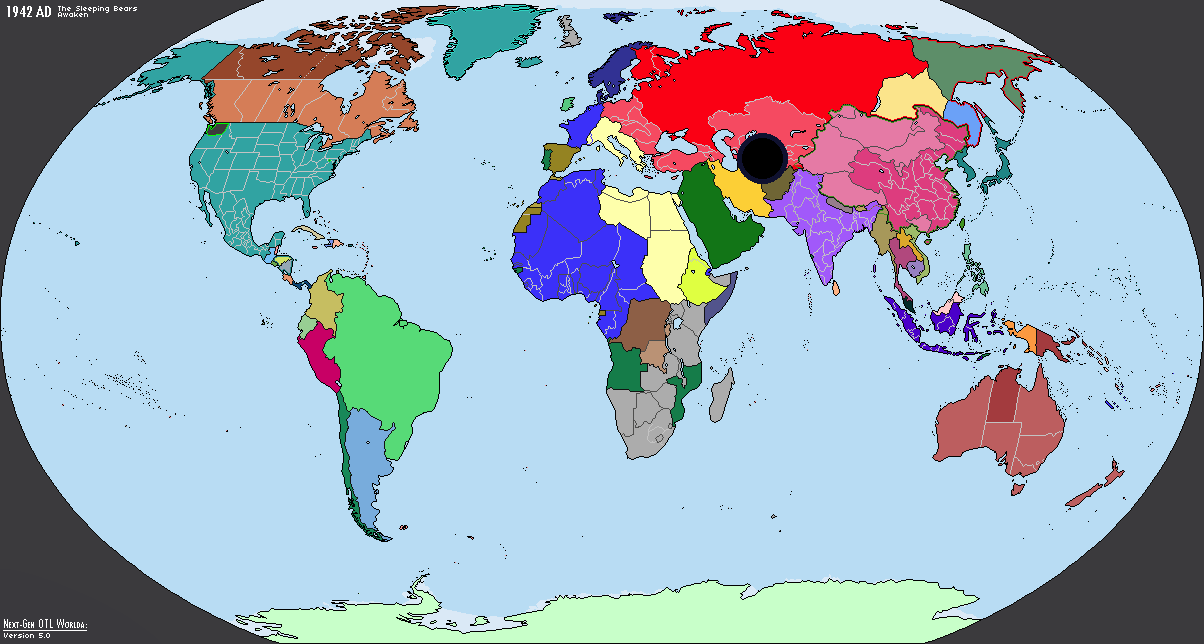 This is completely correct, and i am shocked that you know this

Most common flag color on each continent. 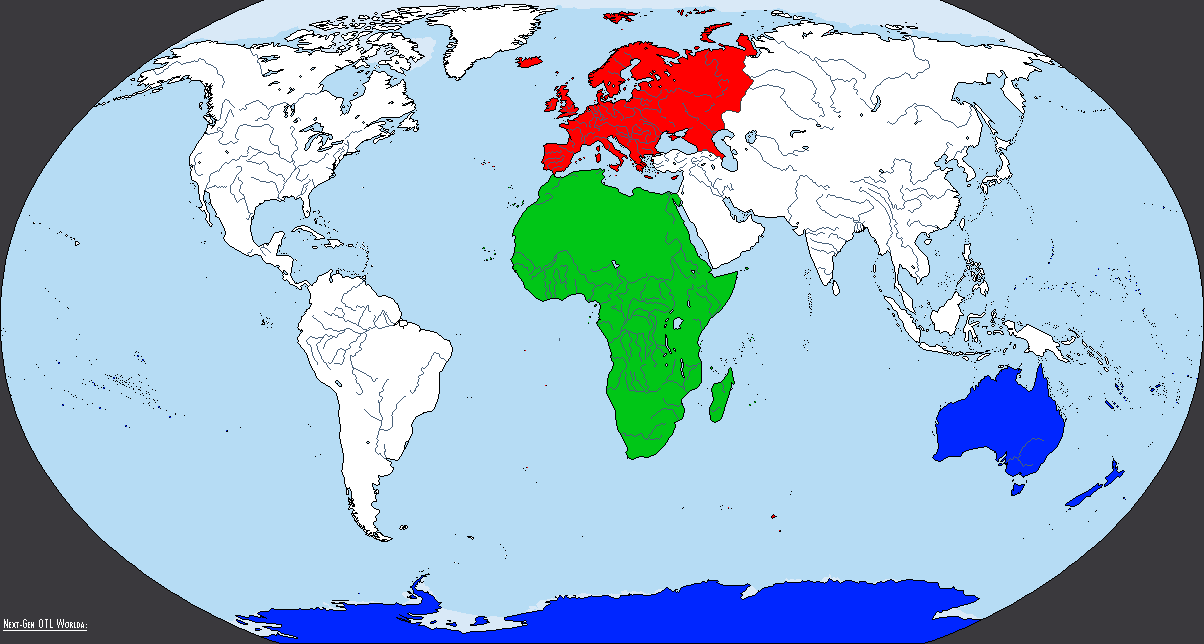 I when based on territorial claims for Antarctica. 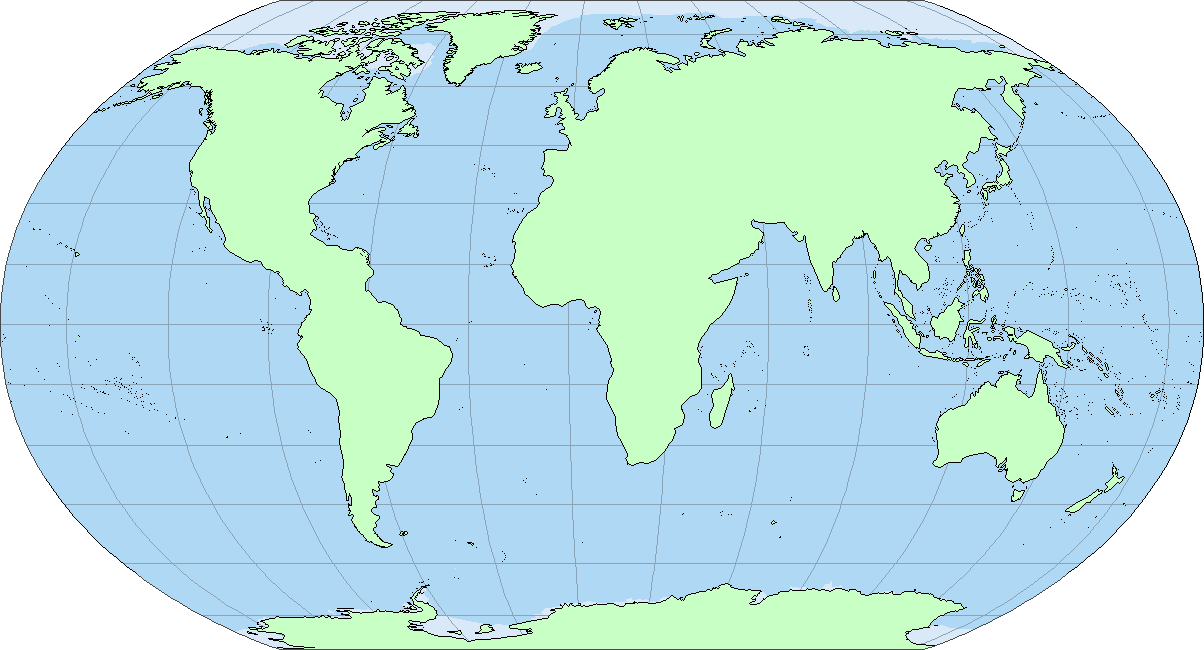 Come now there are more places that can be filled with land, don't be stingy.
You must log in or register to reply here.
Top
Top