Li Hongzhang and Prince Qing walked up the gangway onto the Vauban, followed by two attendants in green uniforms and red hats. Minister Beau of France greeted them at the top of the gangway, and invited the two toward the stern of the ship. The four Chinese trudged after him, gazing downward at the polished wooden deck. As they turned the corner of the ship, Li saw that the Europeans had erected a scaffold against the battleship's superstructure. There was a rectangular table at the center, covered in a green cloth. There were five seats on one side, one on the other. A row of bleachers stood at the bow-end of the scaffold, looking down on the table. Li saw that row after row of foreign devils-- no, dignitaries, he reminded himself-- filled the seats. Khaki-uniformed Soviet Russians with red piping and brass stars on their uniforms, blue-coated Japanese with multicolored sashes laden down with shining decorations, Frenchmen in blue coats and red trousers, Catholic priests and all-black clad Papal legionaries, and Germans in their jackboots and white tropical uniforms.

As Li and Qing climbed onto the scaffold, Li's stomach dropped as though he were going to be hanged. No matter, he thought, the Empress Dowager would probably demand that of him soon enough anyway. He sat down at the table, opposite a panel of four foreign men with five copies of the so-called China Protocols. Minister Beau walked around the table and seated himself in the empty spot while Qing stood upright at Li's side. Li had read them over before, but he picked up the Mandarin-language part of one of the copies and read through it one more time. Not only would China be forced to cede its entire northern tier to Russia, but the treaty would grant control of China's entire revenue system to the so-called "Development Bank of the Orient," give the missionaries permission to propagate their religion throughout the land, replace the Imperial Exams with Western missionary education, and designate entire strips of China for occupation by the Five Powers. It was absolute blasphemy. It was basically a complete partition of China. But, if he refused to sign the China Protocols now, Li knew the war would resume and the foreigners would invent some ingeneous new stipulations to impose.

Li signed each nation's copy of the treaty. First the French, then the Latin, the German, the Japanese, and the Russian, and handed them back for the foreigners to sign. Once they had signed each one, Qing handed Li the red wax to seal the treaties. After he had imprinted each one with the seal of the Chinese Empire, Li wrapped each Chinese-language copy of the treaty with its foreign counterpart, wrapped the package in silk, and handed it to a dignitary. As the French band struck up a rendition of the Chant du Depart, Li stared out over the side of the ship and into Taku, where French and Papal flags fluttered over the smashed battlements of the coastal forts. This is how the empire ends, Li thought. Maybe we can make a new China, under a new flag, and drive out this Western menace forever. 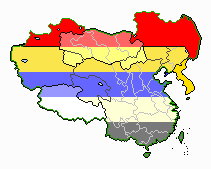 Damn, I forgot how hot maps with flags are 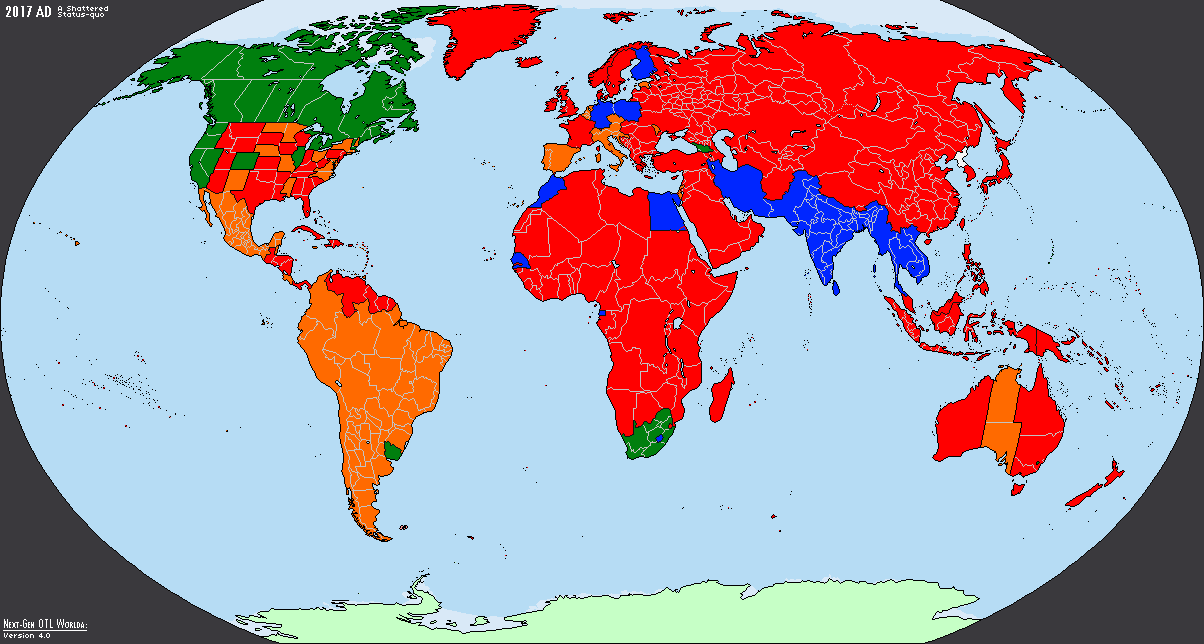 The world divided by marijuana legality?

Yep, and also another excuse for me to question what I'm doing with my life. 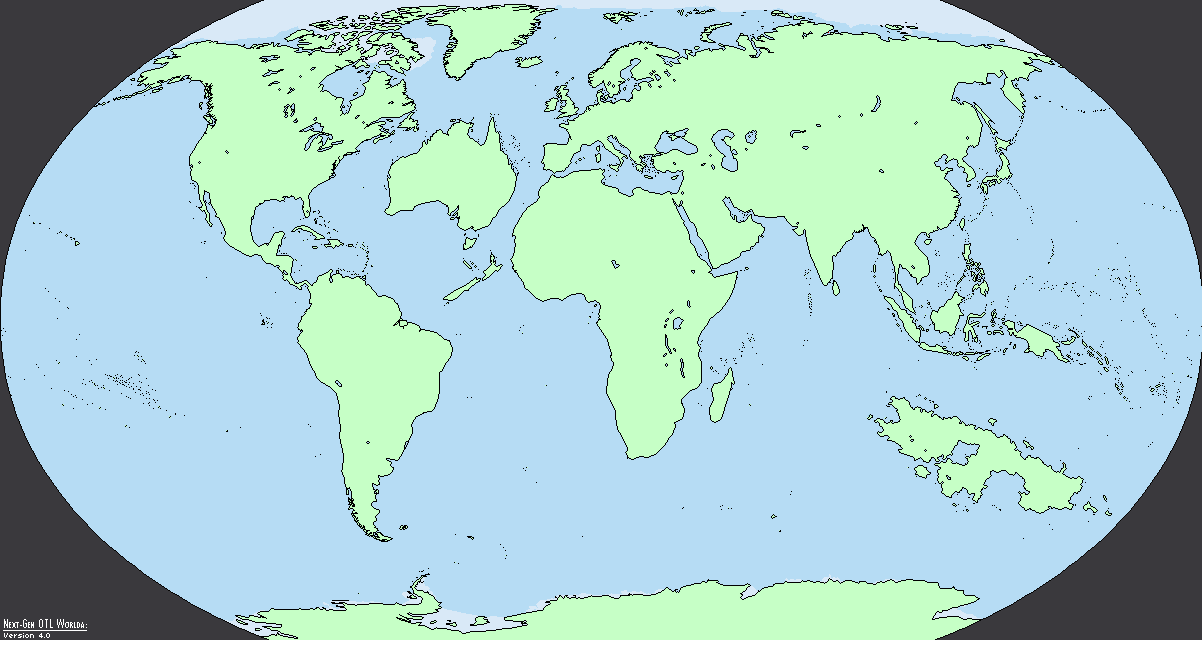 A world where Australia is the mythical land of Atlantist. Also, Atlantis became the new Australia
You know 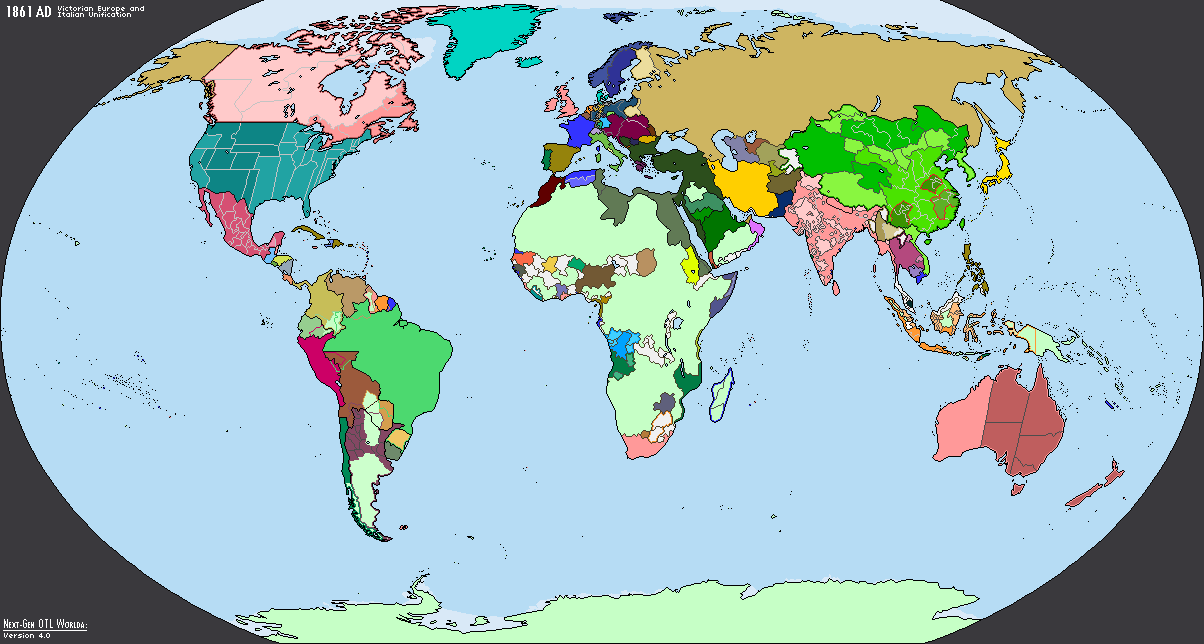 a stupid thing I spent less than 5 minutes on

KolyenuKS said:
View attachment 543202
a stupid thing I spent less than 5 minutes on
Click to expand...

KolyenuKS said:
a stupid thing I spent less than 5 minutes on
Click to expand...

Why yes I am a Brit, how could you tell? 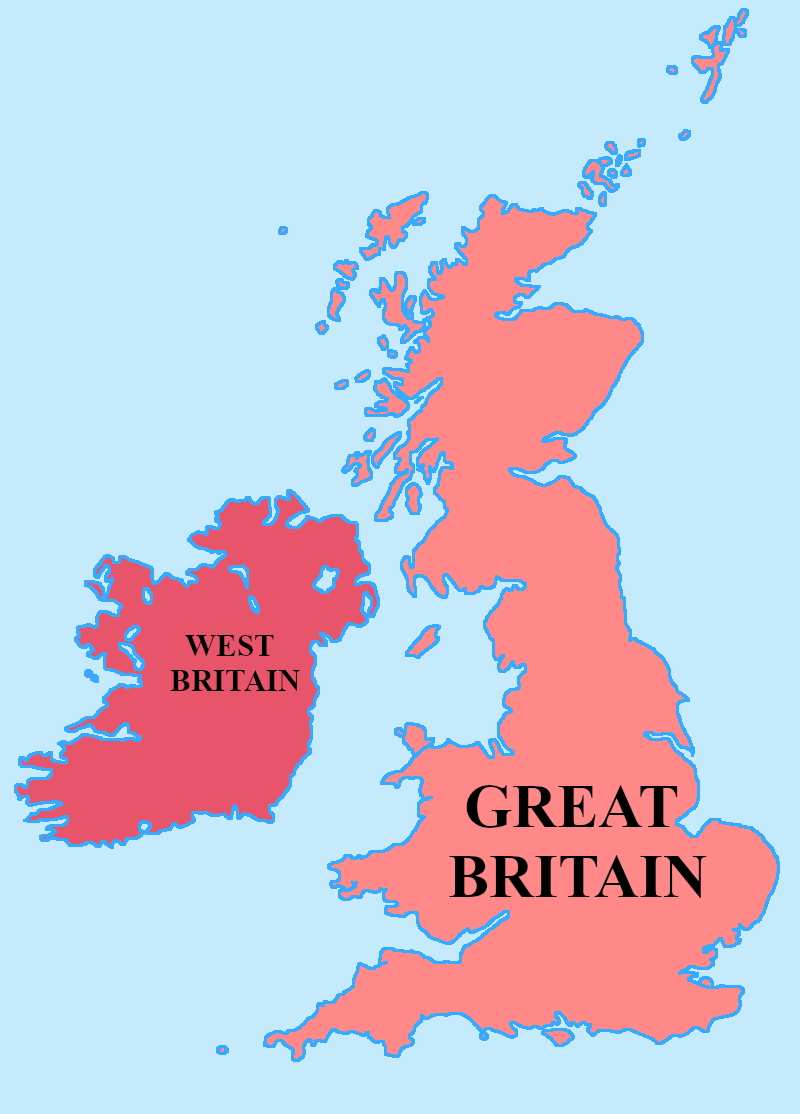 A few old maps of mine, from when I had no idea of WorldA or QBam or even Paint.Net and Mapchart was my most used mapping tool: 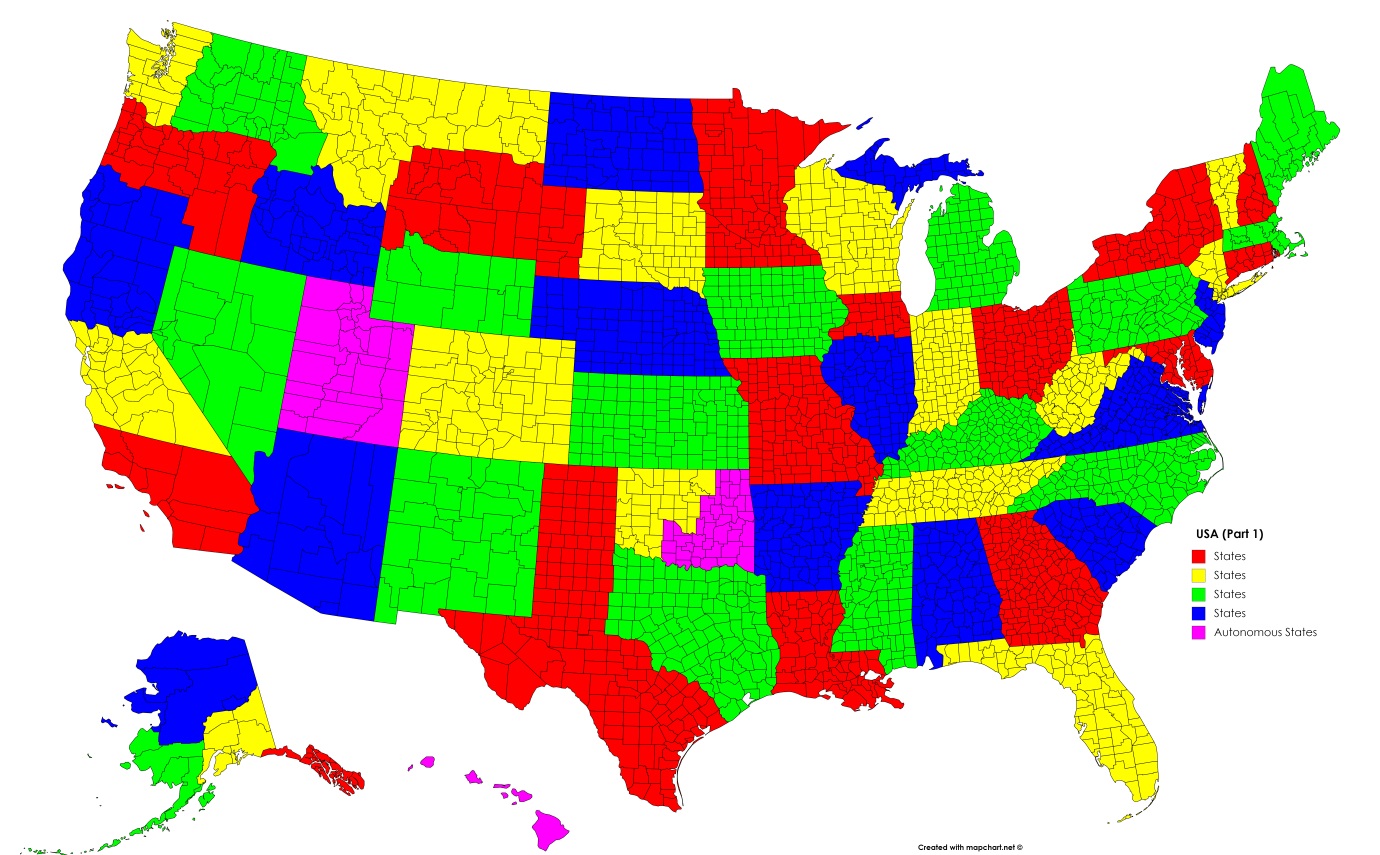 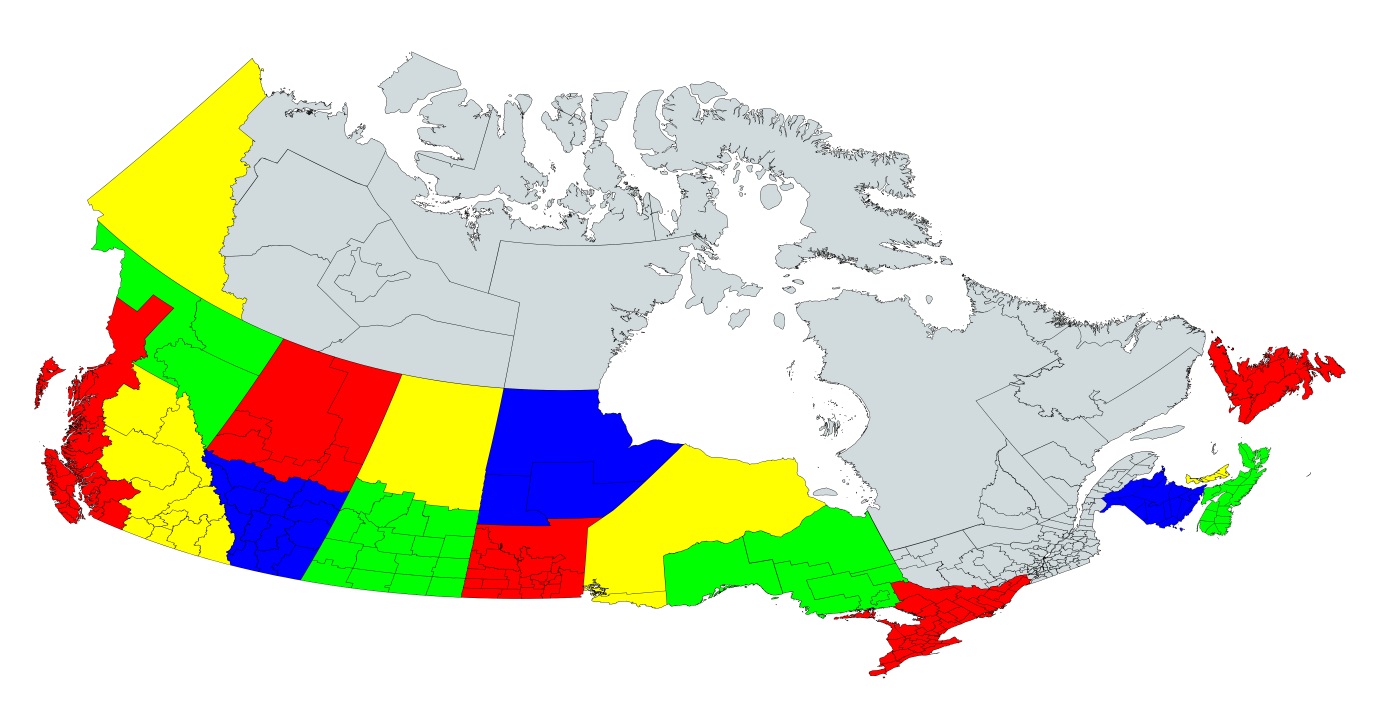 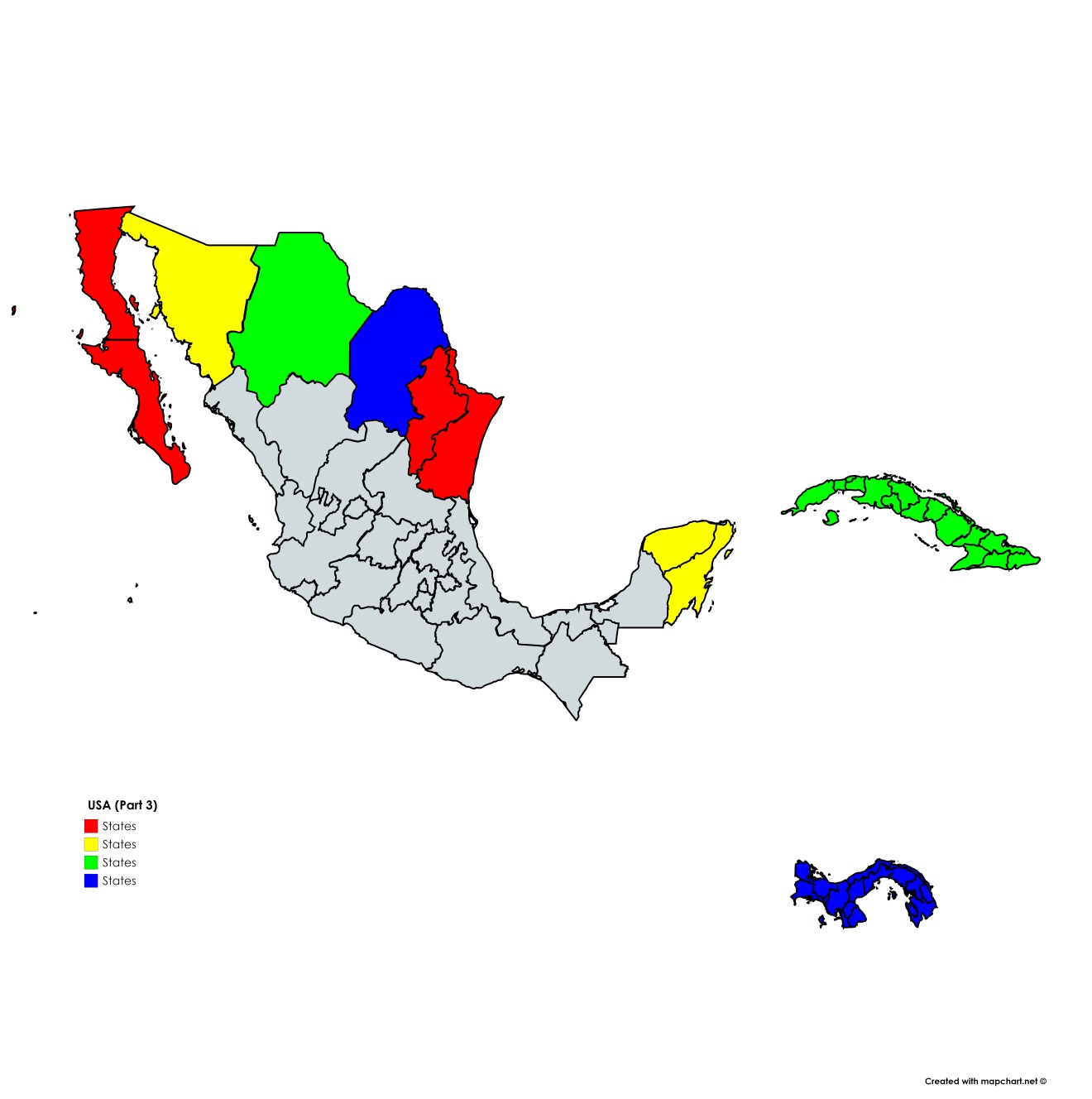 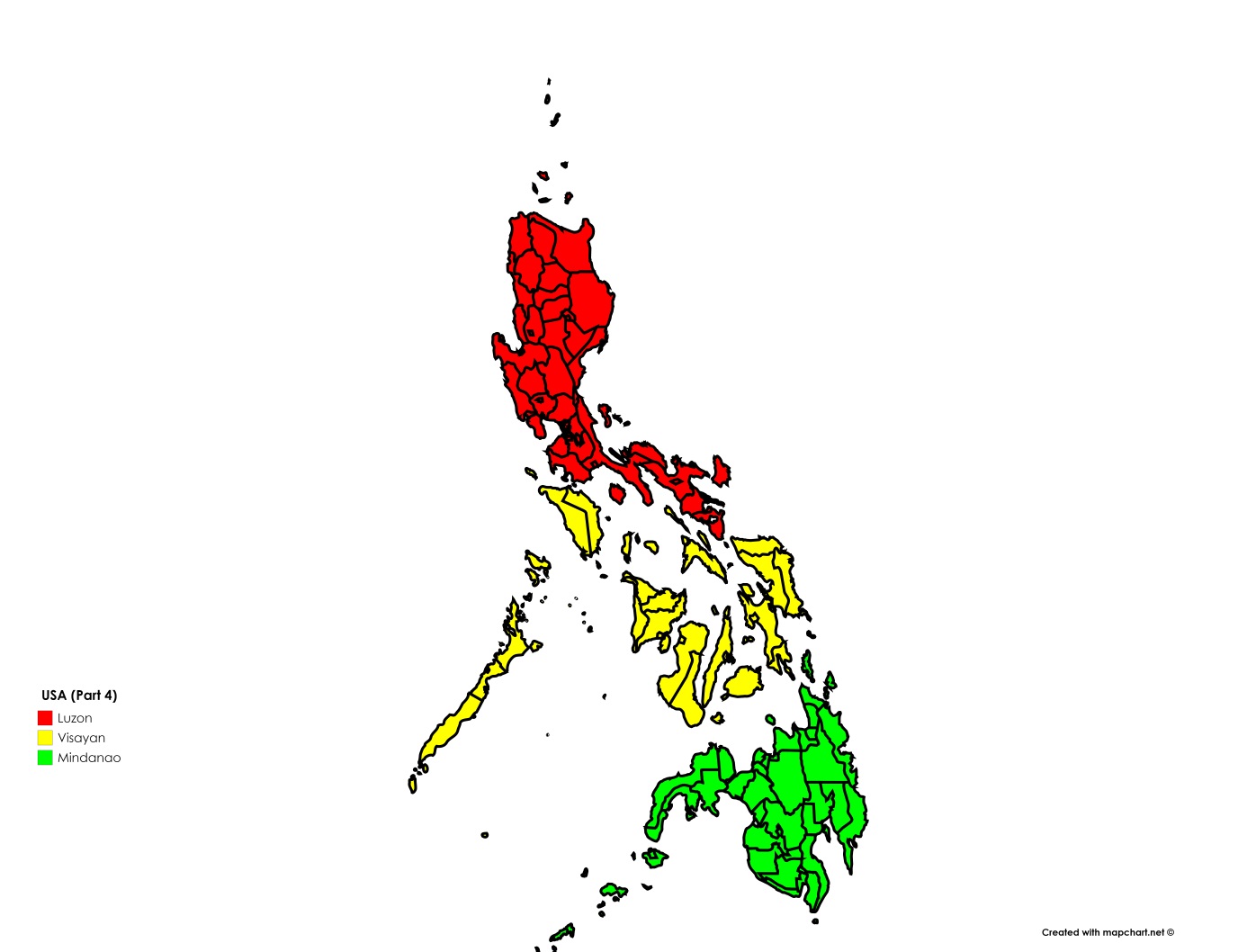 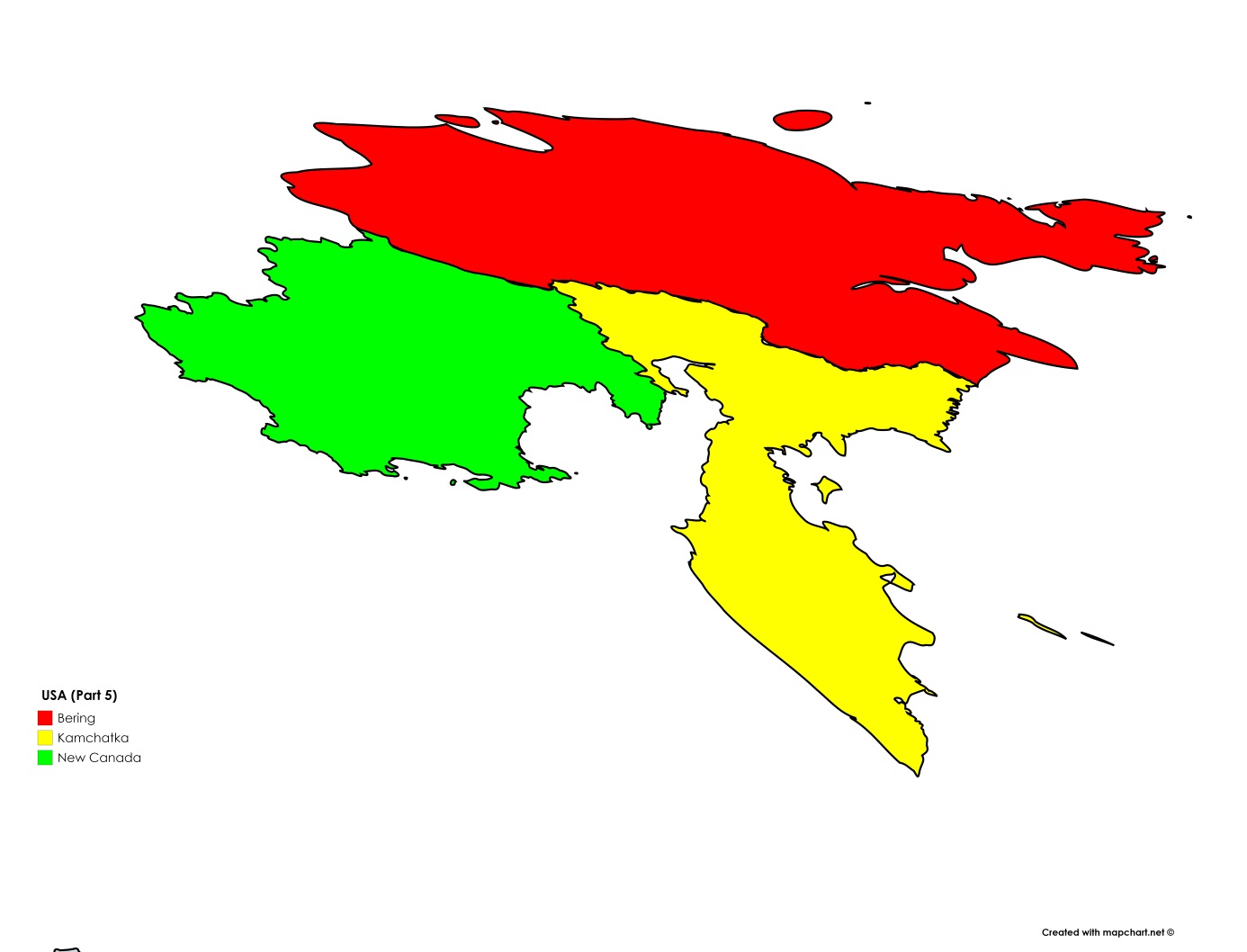 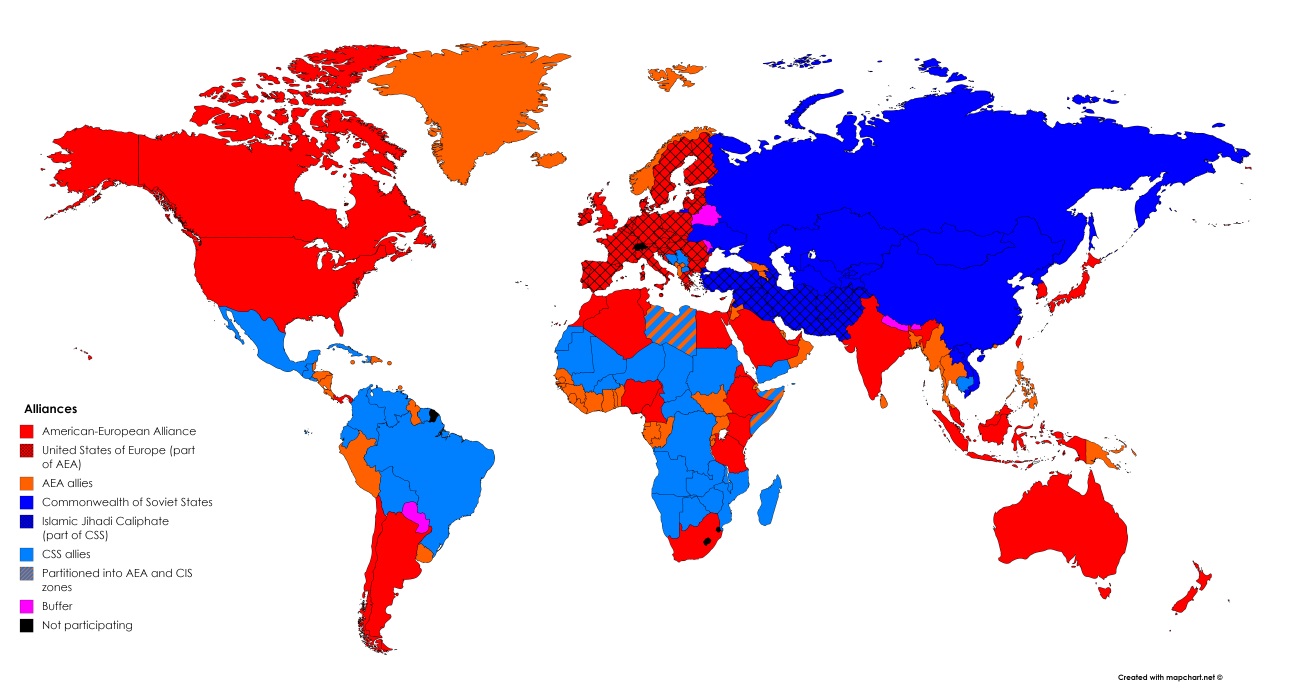 I've actually made a few WW3 Alliances maps over the years; this is one of them.

All I see is Ireland and East Ireland.

Arthur Marston said:
All I see is Ireland and East Ireland.
Click to expand...

Gentlemen, gentlemen, I think we can all agree that this is actually Orkney and South Orkney.

Etruscan-enthusiast35 said:
Gentlemen, gentlemen, I think we can all agree that this is actually Orkney and South Orkney.
Click to expand...

No. West Man and East Man.

Isn't it obvious that these islands are rightfully American soil? The states of Old York and Old Jersey

mikroraptor said:
Isn't it obvious that these islands are rightfully American soil? The states of Old York and Old Jersey
Click to expand...

OBVIOUSLY IT'S ALL JUST A CONDOMINIUM OF THE NEW YORK EMPIRE AND THE SPARTACIST KINGDOM OF CANADIAN PROVINCES
You must log in or register to reply here.
Top
Top