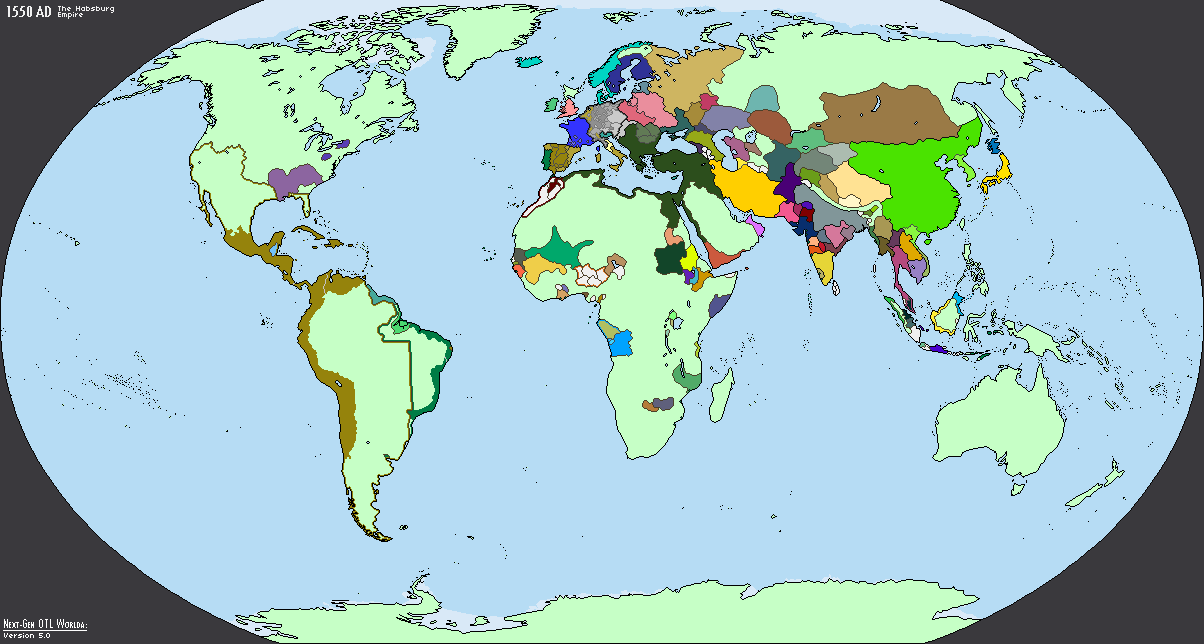 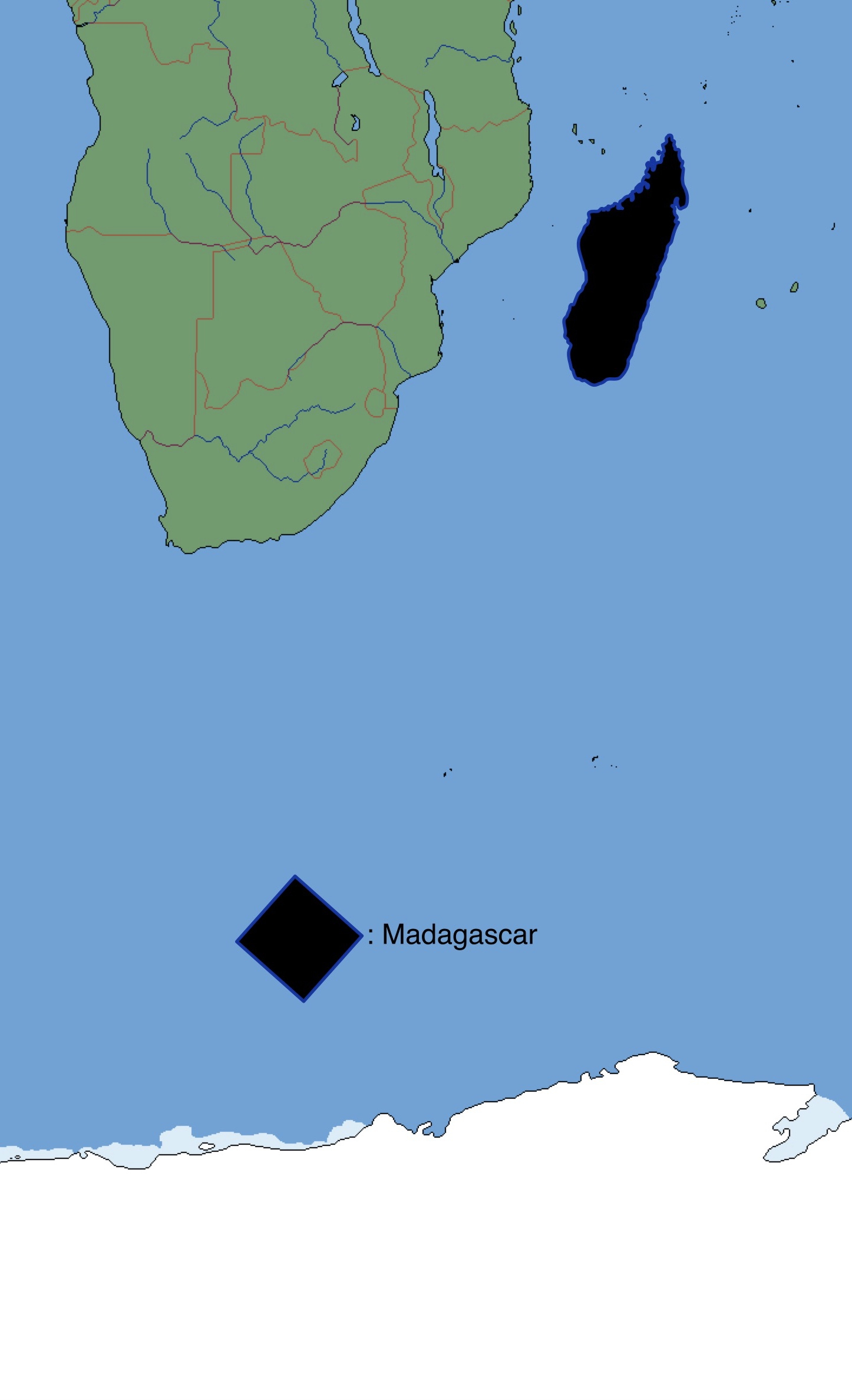 What if Britain conquered the world?

*Land of Hope and Glory intensifies* 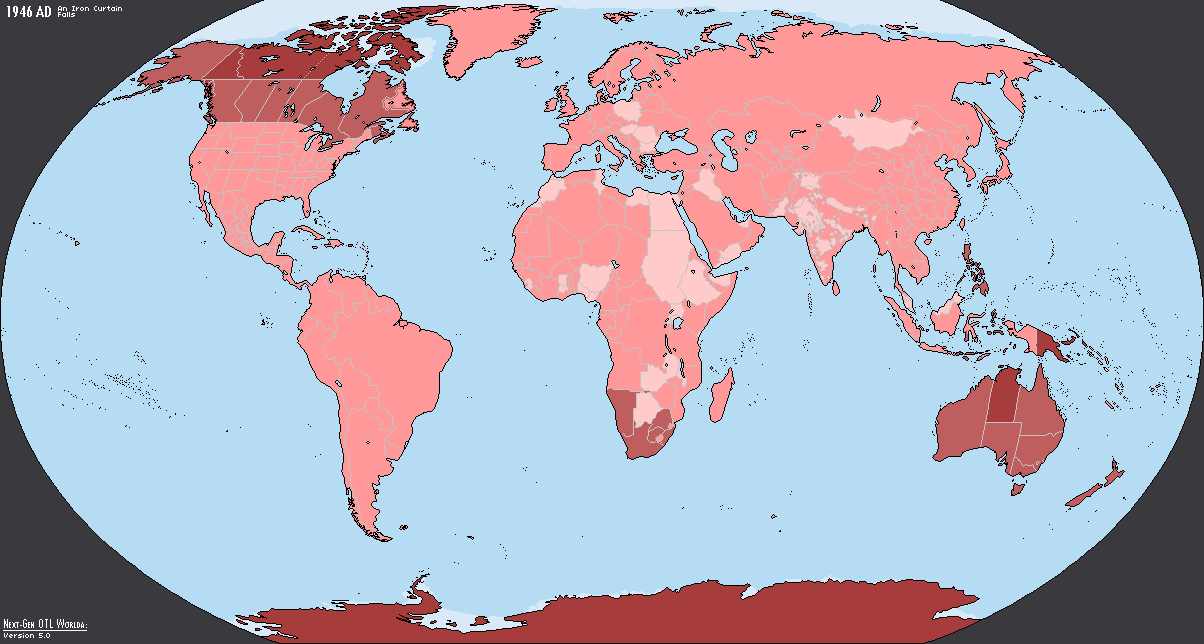 PobreCesar said:
What if Britain conquered the world?

What a horrible thought...

Someone in the r/imaginarymaps discord made the map in the background so I turned it into a whatifalthist thumbnail
Click to expand...

This seems to be in colossally poor taste.

"The Soviet Union" from that one map but in HD

Surprisingly, i only had to manually draw the border in 2 places
Last edited: Mar 10, 2022

Now I want to see a map set in a future where AI arbitration handles border changes after a war… where the AI screws up and creates a border that looks like that. It’s obviously an error, but the gaining party refuses to give up the land and cites the treaty verbatim. The line is only wide enough to build something like a rail line on, and then they then squat a militarized train on the rail line (which just ends where the border line ends) to defend it.

Gustone said:
"The Soviet Union" from that one map but in HD
[snip]
Surprisingly, i only had to manually draw the border in 2 places
Click to expand...

Looks good! Your post reminds me, though - since I saw it, I've been under the impression that this AU on the Shipbucket forum might be the ultimate source, and seeing them side-by-side pretty much confirms it for me. Aside from some rather minor differences in land borders (presumably the result of 11+ years' worth of map improvements), the only major discrepancies are the removal of Sinai + the islands + most of the lakes and seas. 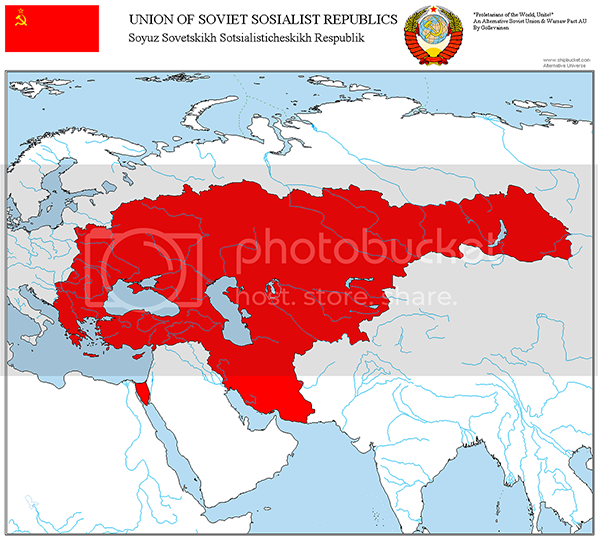 (Made it half the size in order to properly fit it here.) 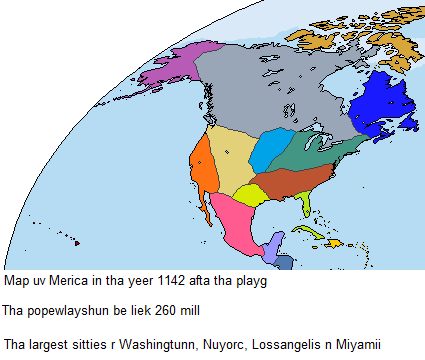 In 2026, a rogue bioweapon kills off every human on Earth above the age of 25. In North America, Generation Z is left behind to rebuild. The map you see here is written in an English language descended from internet slang. 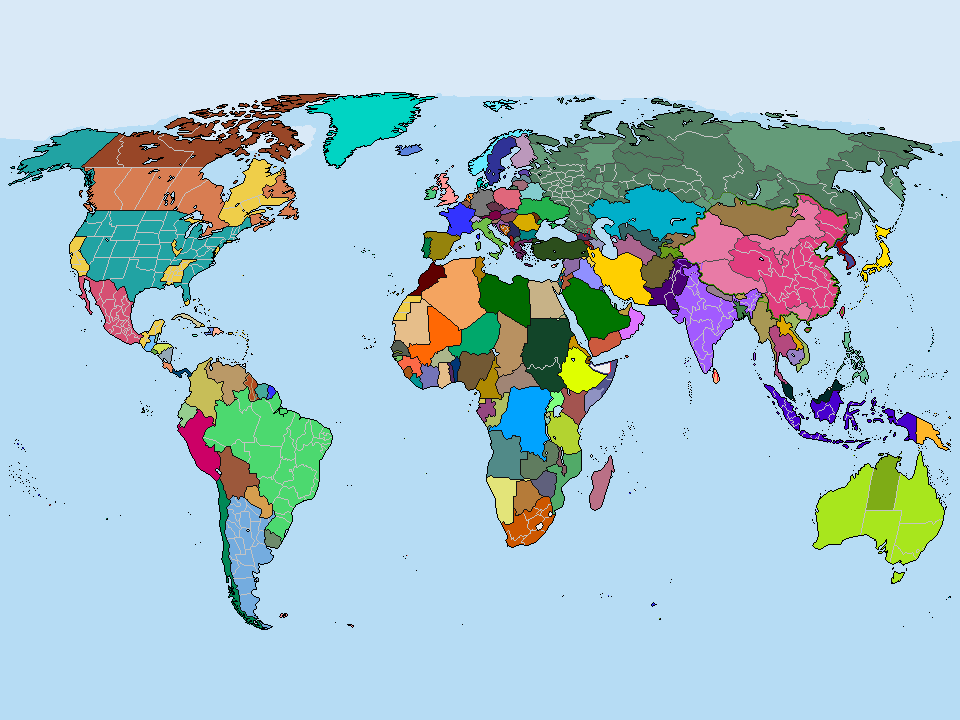 POD is the US Government completely bungling the response to 4/27/2011. The mayor of Hackleburg, Alabama decides enough is enough and secedes, with Mississippi joining in. A splinter Georgia government in Ringgold does, too, as does part of Tennessee. The resulting civil war ends 12 hours after it begins when Alabaman troops completely unintentionally shoot down the President's plane, believing it to be a bomber. A new president is put in place who allows Alabama to secede. Alabama then allows any secession movement in the world to join them if they want. In hindsight, I should have made Tibet Alabaman. Meanwhile, Azawad takes over Mali, just so I don't have Alabama and Mali sharing a color.

similar to this post, this is my first (serious) map that i made. this was 3 or 4 year ago i think
the POD (?) was that the USA lost the war of 1812 and new England declare independence and things jump from there. 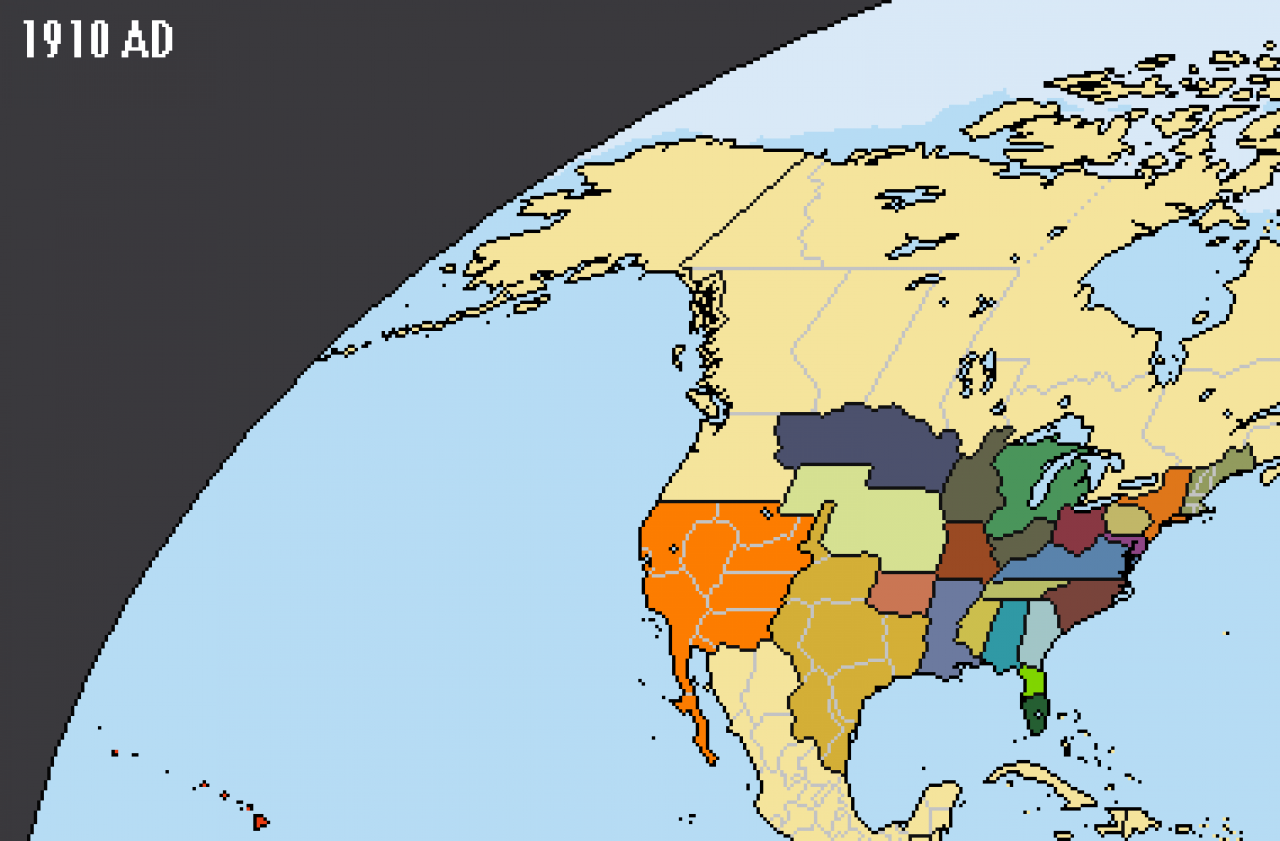 This brilliant map been posted yet? 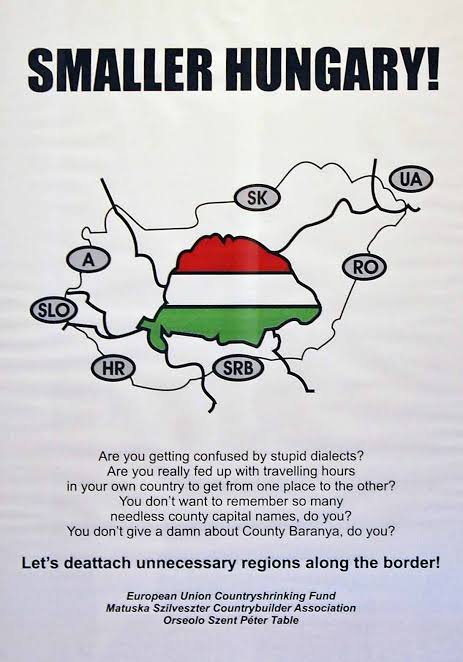 Ah yes, the nation of Satiated. 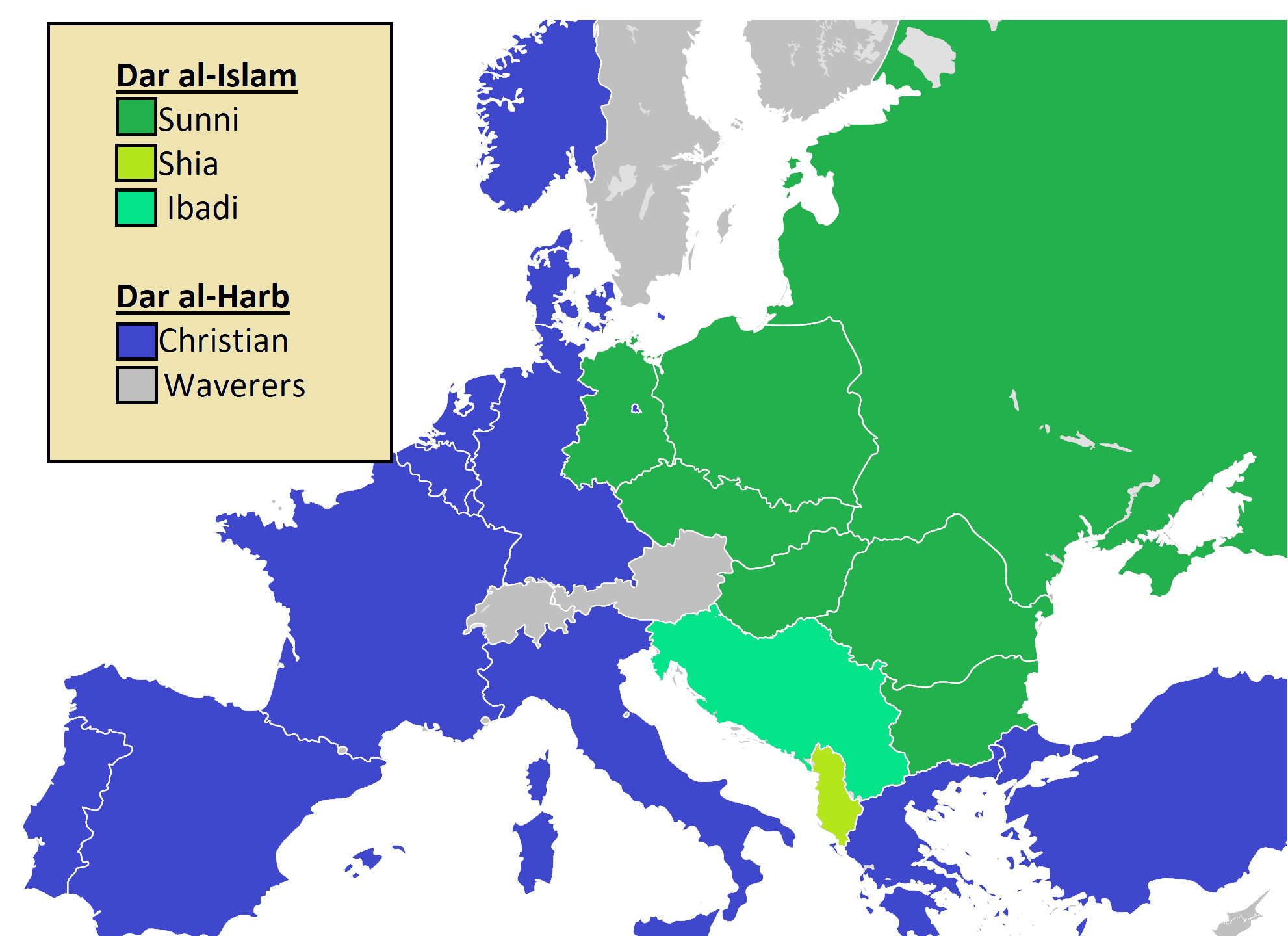 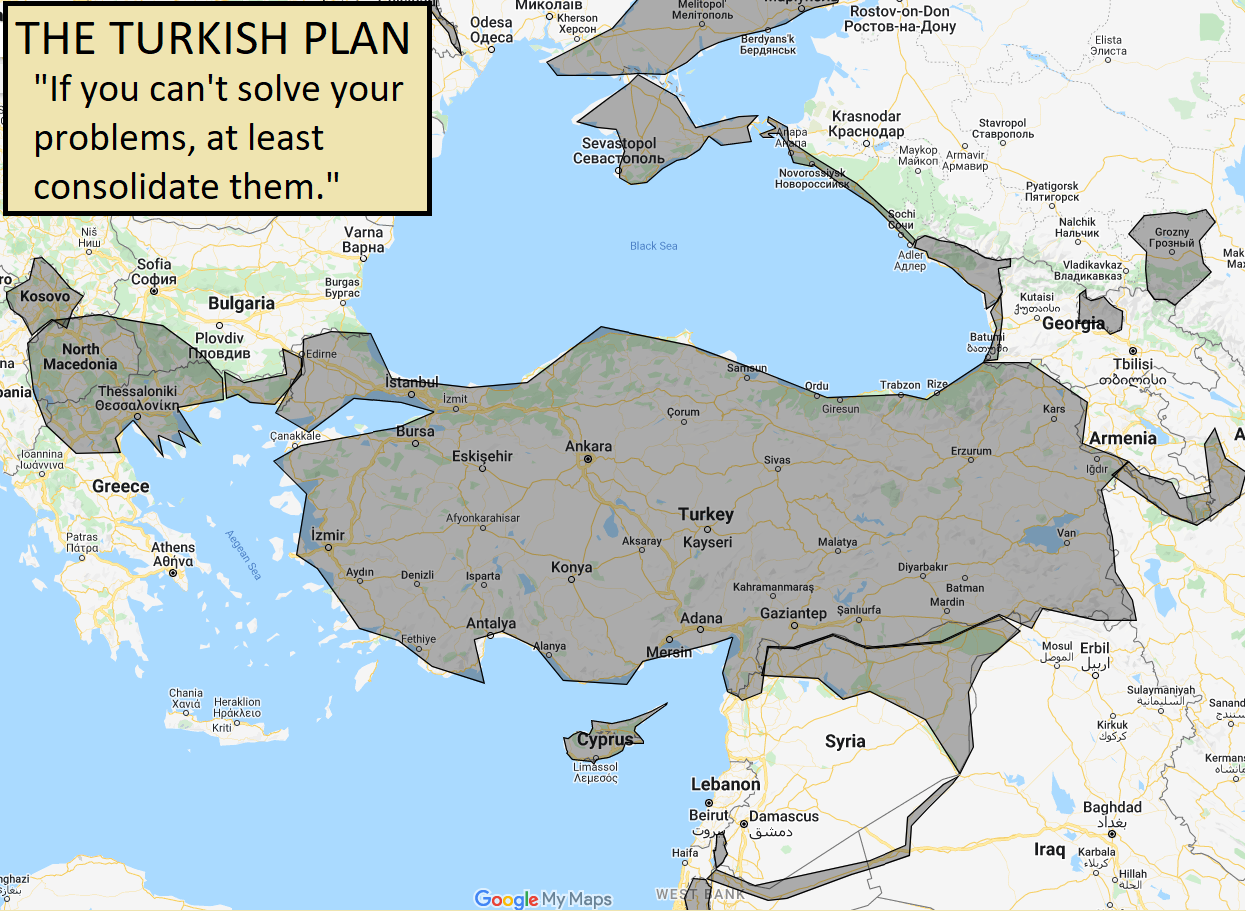