As far as I know, there was no Flag Thread on this forum, so I decided to start one. Post your flags, requests and questions here.

1. I have worked on flag of Republic of Transilvania (approximately OTL Romania region without sea access) in my Pol-Swe-Lit Commonwealth thread (POD in mid-XVI), and managed to get this flag. The main problem is, I think that flag is not intuitive enough.
- Historical Transilvanian colors are blue (top), red (middle), yellow (bottom), can you guess the reason that they have been overlaid by black border and black "central canton"?
- What do those seven towers imply? (hint: there is no moon, sun, or black eagle on this flag) And why aren't they monocolored?
2. Suppose Brittany was conquered by Great Britain sometime during or after French Revolution (or it's ATL equivalent). Would Union Jack be altered to reflect this new territorial gain (assuming it stayed in GB possession?) 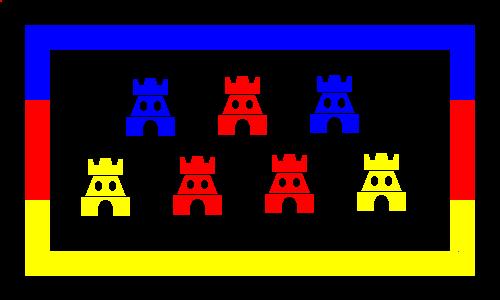 Donor
Intended to be the flag equivalent to Diamond's Map Thread, obviously. Here you can post flags without having to come up with any explanation or timeline for them.

To start with, here's an old favourite: the Celtic United States.

Here's a large flag I made- the Kingdom of Karelia from ME7. 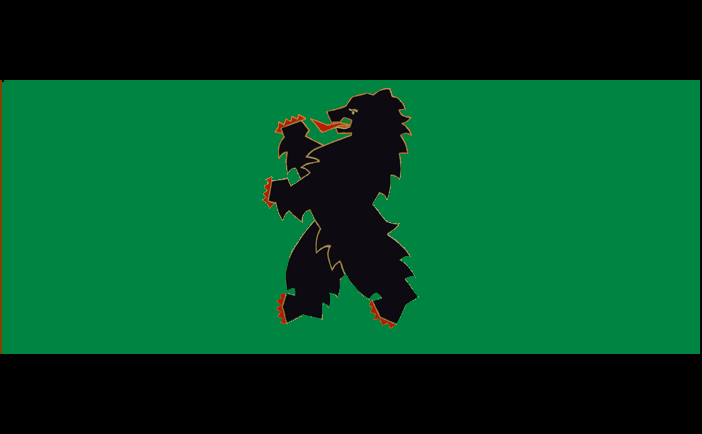 Here's the flag of a Union Jack incorporating the St David's Cross of Wales. It's also the flag of the future Britain from the MOONSTRUCK timeline:

But it violates all the rules of heraldry! The black touches blue!

And to post another flag, the flag of the United Empire of North America from my "Peacefully United North America" scenario, again from awhile back- unfortuately my image of the Burgundy Cross wasn't too good. 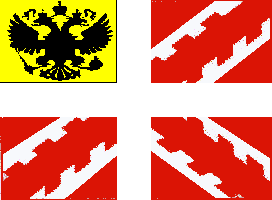 Well I just created a flag for Banquibazar ... 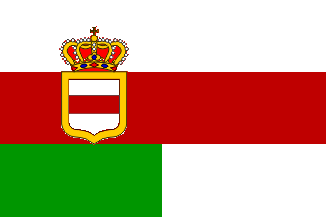 AH TWO FLAG THREADS! Its like the 4 popes of the 14th century

Donor
Here is a flag of the United Kingdom of England and Dixie. Why? Because I can!!

Donor
Hmm, didn't see this before I started my own flag thread. My apologies.

But I had been planning to start a Flag Thread here for months, just never got around to it.

Thande said:
Here is a flag of the United Kingdom of England and Dixie. Why? Because I can!!
Click to expand...

Then I counter with this! 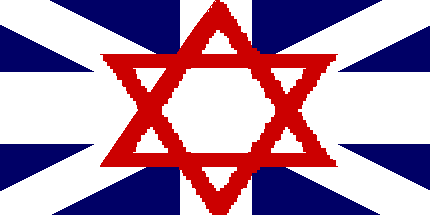 Send a personal message to Ian, or to a moderator and have them merge the two threads.

Is that the flag where British Zionism (the idea that the British are descended from the ten lost tribes) is true?

Speaking of Star of David flags.. 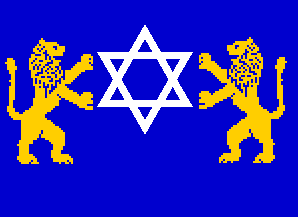 chunkeymonkey13q said:
Send a personal message to Ian, or to a moderator and have them merge the two threads.
Click to expand...

Donor
I counter Othniel's Zionist Britain with Nazi Britain!
(No offence intended to anyone in case it wasn't obvious...gah, I'm beginning to sound like You Know Who )

its ok with me, though i despise that sign ... i hate seeing it, though i am reminded of it daily at school when some kid says "He's a NAZI" or something of the like toward me

Hm, I tried to make a flag for an Irish controlled England (in the style of the old British colonial flags, of course)... 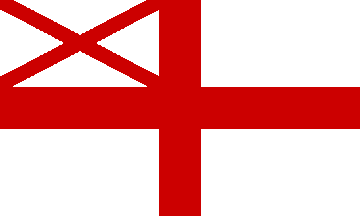 Or this one, which is more interesting I think. 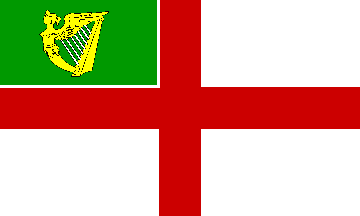 Well this is one of my favorites...

Imajin said:
Hm, I tried to make a flag for an Irish controlled England (in the style of the old British colonial flags, of course)...
Click to expand...

No, it doesn't seem to work, Imajin. I can see what you're trying to do but the eye just goes straight to the English cross and...

Wait. Maybe it would work if I used the English lions instead of the St Georges cross...

Here are two variations. I could still use a better picture of the 3 lions though...

And here's one for Thande's ME nation in his HP Parody..the Bolivar Confederation... 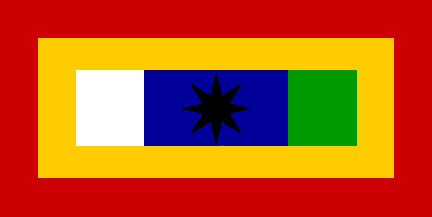