If the British offensive in the Somme manages to be a complete victory (almost ASBish by then) as the Brusilov, then


Lalli said:
Germany would lost all of its colonies like in OTL. Belgium would get Eupen-Malmédy and France would take A-L. In East Germany would lost parts of Schlesia, Danzig and parts of East Prussia. Germany woulnd't get so much of reparation payments and military restrictions wouldn't be so severe. German monarchy probably would survive but probably Wilhelm II has abdicate and Germany would become more parliamentary state. Economy would be much better in 1920's and Germany is not so badly humiliated so not rise of extreme movements.

Austria-Hungary has give Galicia to Russia, Italian speaking territories to Italy and Southern Slavic lands to Serbia/Yugoslavia. Future of the empire is unsure and it hardly would survive. But probably Habsburgs can keep Austrian throne and it might be allowed join to Germany if its people so wish. If Romania still joins, A-H would lost Transylvania.

Bulgaria would get same treatment as in OTL.

Ottoman Empire probably would lost Hejaz. Brits would take Mesopotamia and Russia Armenian territories. Probably OE can survive but this is not sure.
Click to expand...

Adam Tooze in The Deluge, frames decision-making in Germany in 1917 and 1918 as resulting from the Entente's near victory in 1916 following the Brusilov Offensive, the Somme, and Romania's entry in the war. Not being an expert on military history, I'm not going to argue over the plausibility...
www.alternatehistory.com

Already in autumn 1914, East Central Europe became a main theatre of operational warfare and an object of strategic planning for the Central Powers, Russia, and later the Entente. After strategic failure in the West, Germany focused on this region as an economic and geopolitical base for...

Does anyone know what Russia's war aims were in the event Russia was victorious? I have never found anything internet or otherwise that even suggests what they might have wanted.
www.alternatehistory.com
Last edited: Feb 26, 2020 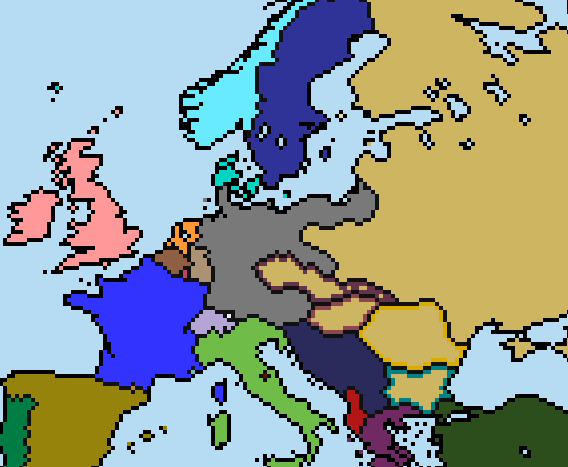 Thanks, these treaties seem quite harsh I thought the entente would be more lenient but that’s not the case

The Anglo-Dutch Union said:
Thanks, these treaties seem quite harsh I thought the entente would be more lenient but that’s not the case
Click to expand...

Nah, both sides were not particularly nice. This was after all the age of imperialism.

wiking said:
Nah, both sides were not particularly nice. This was after all the age of imperialism.
Click to expand...

True enough, would the British demand the German fleet for themselves?

The Anglo-Dutch Union said:
True enough, would the British demand the German fleet for themselves?
Click to expand...

Probably not for themselves as much as scraped and then not allowed to be rebuilt.

The Anglo-Dutch Union said:
True enough, would the British demand the German fleet for themselves?
Click to expand...

A decisive Jutland might mean there isn't much of a German fleet.

I feel like the peace would be a bit more mild for some parties given that fewer people have died at this point and the Americans are not in the war at this point and it's my understanding that they were one of the primary drivers of national self-determination with things like the 14 points. I could see the Republic of German Austria being allowed to exist possibly even with the full inclusion of the Czech Republic and Slovenia alongside Hungary being given less harsh border changes. The ottomans might be able to keep mosal and kurdish Iraq and Syria but loss all arab lands. Bulgaria would be about the same. Germany probably is sadly the same or worse then otl on there western border but if Poland does not exist then Germany should be able to keep it's eastern border intact. (https://en.m.wikipedia.org/wiki/Republic_of_German-Austria
Last edited: Feb 26, 2020
You must log in or register to reply here.
Top
Top