Patton in Korea; by @BiteNibbleChomp

Boldly Going: A History of an American Space Station; @e of pi @TimothyC

THE BEATEN PATH: One Bicentennial and Counting; @Enigma-Conundrum

Days Like These: A Late 80s Labour Timeline; @Time Enough

Bicentennial Man: Ford '76 and Beyond; @KingSweden24

Ocean of Storms: A Timeline of Scientific America; @BowOfOrion

A Drop in the Bucket: Brazil and Latin America in the Cold War; @Vinization

I write too many TLs tbh....but here's the final blurb!

A Series of PoDs during the Yeltsin years of 1991-96 leads to the 96 election in Russia going in favor of the Yabloko Party candidate, Grigory Yavlinsky. As the liberals take power in the Russian Federation, the country battles post-USSR problems such as economic liberalization, the question of monarchical restoration, social laws, digitalization, militarization, its borders, and of course, its rightful place as one of the great powers of the globe. And as Russia and America renew their cold war in the late 2000s as the Russian Bear recovers from a decade of proper economic policies and oversight, the second conflict between the Bear and the Eagle is inevitable. The stage is set. On one side the USA stands as a beacon of democracy, on one hand, Russia stands as the beacon of a new type of democracy; mainly following a mixture of Rhenish capitalism/technocracy and singaporean modelling, and on the final side, stands the People's Republic of China, showing a return to authoritarian structural governments. As a tripartite Second Cold War slowly starts, the world holds its breath in anticipation.

“Wars may be fought with weapons, but they are won by men. It is the spirit of men who follow and of the man who leads that gains the victory.”

Few generals have been so successful, or so personally flawed, as George S. Patton. His military record is filled with striking successes such as the retraining of II Corps after the disaster at Kasserine, the spectacular dash across France in August 1944, and the rapid reversal of the German attack in the Ardennes. Yet behind them was a man who narrowly avoided removal from command after slapping a pair of soldiers, was marred by controversy in the press, and called for war with the Soviet Union.

Naturally, that makes him the perfect fit for the politically sensitive conflict that was the Korean War.

Patton in Korea envisions a world where Patton retires shortly after the victory in Europe, avoiding the crash that killed him and ensuring ‘Blood and Guts’ has one last war to fight. Against his better judgement, President Truman appoints the sixty-four year old Patton to command the Eighth Army, where he will serve under MacArthur in the Cold War’s first great conflict.

Based heavily on Patton’s memoir War as I Knew It, and told through the eyes of those who serve with him, this timeline is as much a story about the general himself as it is a story about an alternate Korean War. In essence, it is an alternate history of Patton, in Korea.

I ask all of those who voted for my work (A Drop in the Bucket) to vote for @Roberto El Rey's TL (Al Grito de Guerra) instead, since it is infinitely more deserving of a Turtledove than mine.

I don’t like to toot my own horn, so here’s what others have said about my TL, Kentucky Fried Politics: A Colonel Sanders Timeline, in its thread, since the last time that the TL was nominated (last year; this is now the third consecutive year it’s been nominated):


“…it’s been a hell of a ride. I feel like I’ve gotten to know the colonel intimately, and while you’ve been excellently even-handed with the portrayal of American politics throughout the century, it’s refreshing to have enjoyed a story that revolves around a fundamentally decent figure.” – Luke_Starkiller, Post #735

“Great job! You did Fabulous work and showed so much interesting stuff about the colonel. I just wish we had a Kentucky Fried Chicken closer…Thanks again for a fabulous timeline.” – DTF955Baseballfan, Post #737

“Nice that you find many obscure political and non political figures to use in different ways.” – historybuff, Post #779

“Finally finished binging this. Loving it and the changes to the world currently.” – Steelers94, Post #785

“It’s all the little changes alongside the big elections, and events that make this timeline so good to me.” – Ogrebear, Post #803

“I’m impressed with how this basically turned into the Board’s most elaborate Election Game.” – Fleetlord, Post #875

“I like this TL, especially for creating a world similar to yet different from OTL… Waiting for more…” – Unknown, Post #877

“Started reading this today (have reached 1965), am really liking it. Also, this TL made me eat KFC for the first time…and I really liked it” – Peppe, Post #928

“Just reached the end of 1990 after binge reading up to it since my last post. And I must say I loved it, I found it funny…awesome…surprising…and at some times saddening…The last chapters have been particularly heartwrenching…splendid job” – Peppe, Post #929

“I have just finished binge reading this after 3 days. What a truly magnificent timeline you have made…This is easily in my top 5 favourite timelines.” – ThatRomanFanatic, Post #958

“OTL, America has had an actor as President. The idea of a man who fries chicken becoming an OK-ish President isn’t at all ASB.” – Bookmark1995, Post #990

“I just have to say that this TL is one of the best I have read on this site, and I’ll admit that it has inspired me to develop TLs of my own (as you have probably seen). So thank you for that I guess lol.” – CamtheWideboi, Post #1,019

“the amount of research and details put in TTL is amazing it’s literally up there with Blue Skies in Camelot by President Lincoln imao” – Kennedy Forever, Post #1,050


It is an honor to be nominated. To everyone considering me for this prestigious award – thank you all ever so much! 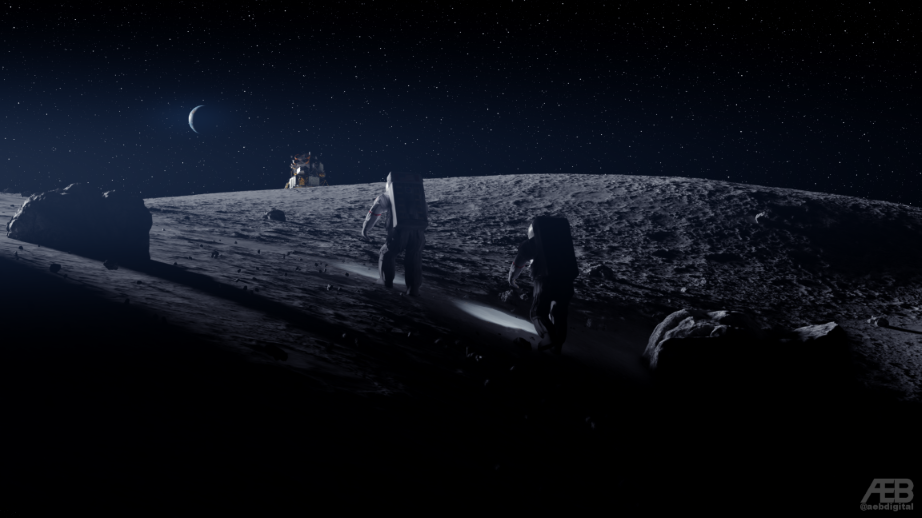 “I believe there is something be said for exploring beautiful places. It's good for the spirit.” - Dave Scott​

Boldly Going: A History of an American Space Station 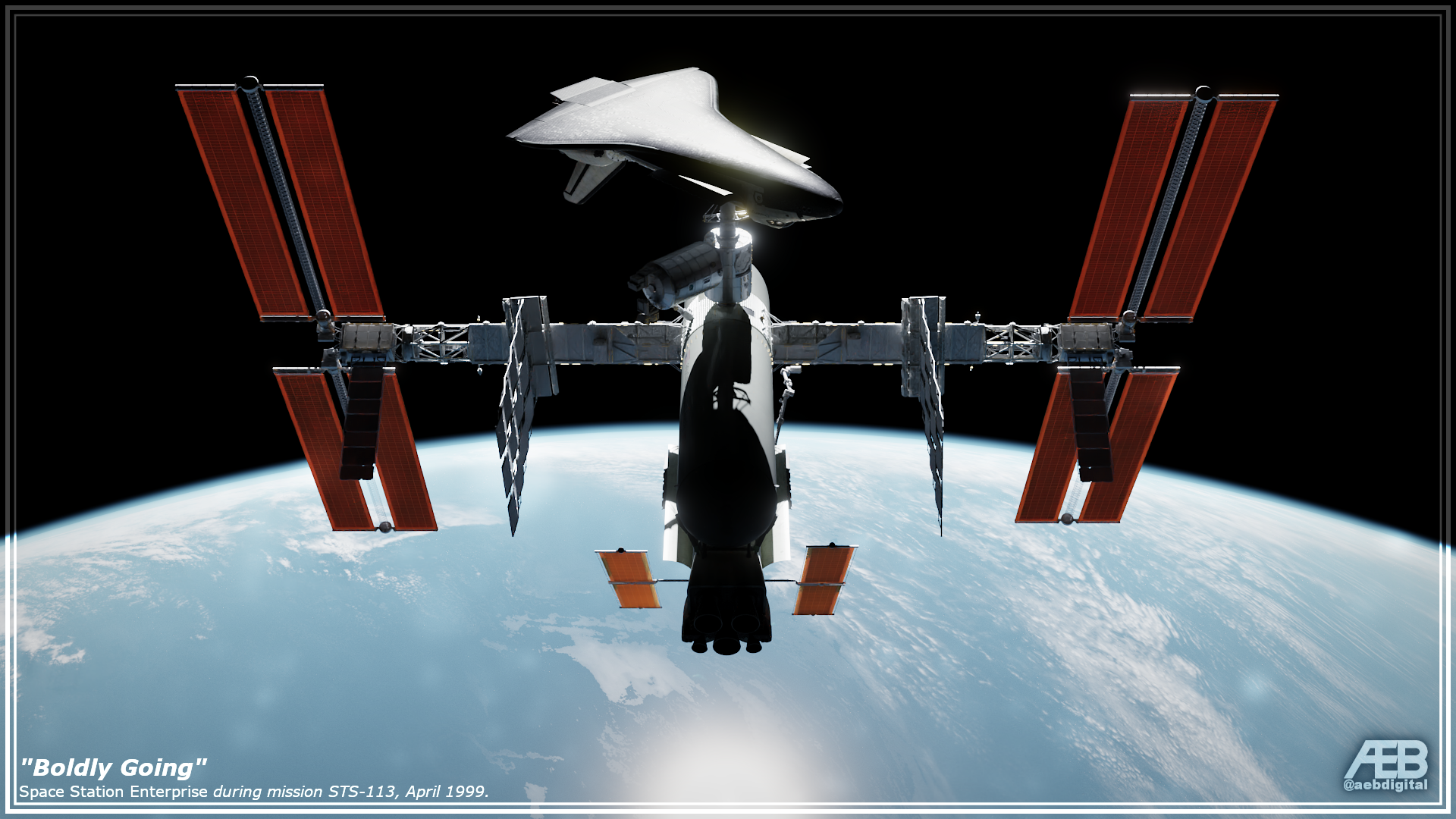