A little bit of casting from me based on @lord caedus Irish election posts. 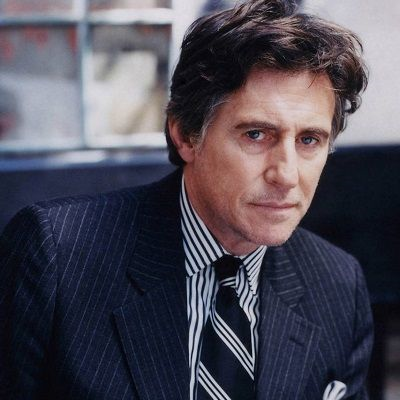 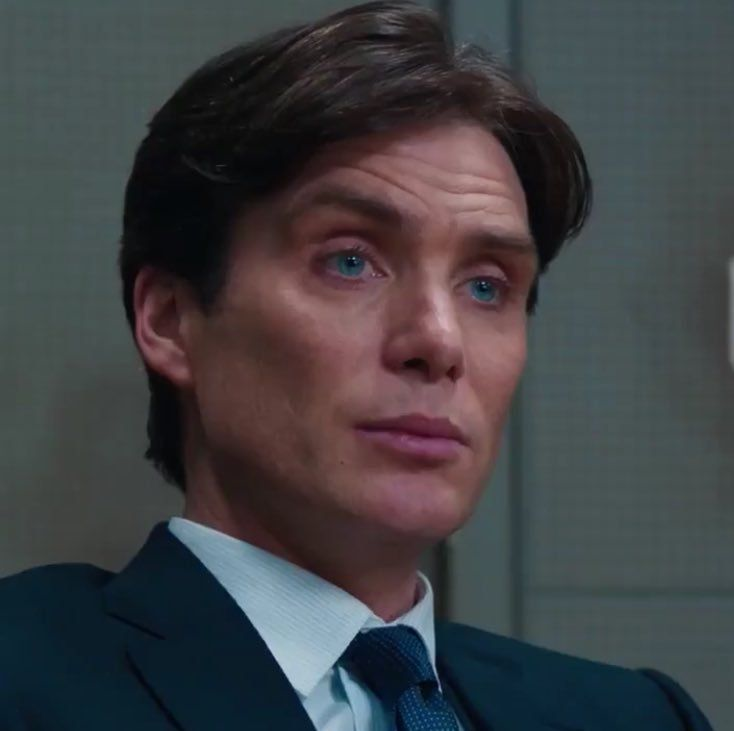 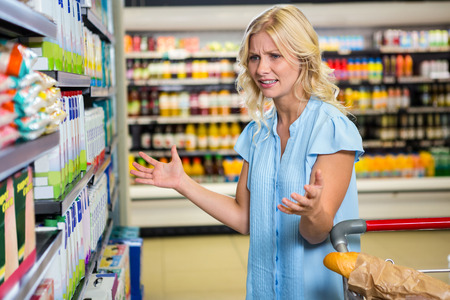 WASHINGTON, D.C. — A frazzled nation again waited until the last possible moment to get gifts for the current and former presidents on Presidents' Day, despite telling itself again last year that they would plan ahead of time.

"Fuck, is there a $20 limit?" graphic designer John Reed asks, furiously raffling through an outlet mall in Houston, Texas, on his way to send former president Matthew Santos a gift for serving as the nation's 44th chief executive. "I don't know man, I can never remember!"

Nurse Ellen Smith-Jones was seen in a Kansas City strip mall, similarly debating internally over whether to get Glen Allen Walken, a man whose public career spanned four decades and who led the nation through some of its darkest hours in the 21st century, a tie or set of golf balls.

In Washington, janitor Curtis Ramirez and store clerk Tommy DiPaulo met in a harried, whispering conversation over whether it would "be weird" to get Sam Seaborn, the man who controls the largest military in human history and who can wipe out all human life on Earth with a phone call, some discount chocolate and flowers from the store's post-Valentine's Day sale.

At press time, the nation was yet again paralyzed with fierce debates over whether former acting president George P. Bush was a "real president" as they stand in line for scratch-off lottery tickets to give to the four living elected presidents.

Lord Hewes, former governor of the Bank of England, surprised many by writing a forceful column in The Times decrying what he referred to as the "counterproductive" and "harmful" continuation of austerity budgets that largely have been in place since the Conservatives came to power in 2011. Although agreeing that the sweeping spending cuts and lowering of tax rates was necessary in the immediate aftermath of the late-2000s recession, Hewes says that their continuation has led to a "lost decade" of British economic growth.

In his column, Hewes, who led the Bank of England from 1993 to 2003 and is a retired professor at the London School of Economics, laid at the feet of the government's policy the slowest increase in labour productivity "since the 19th century", and the "glacial pace of income growth" over inflation. The policy of sweeping tax cuts in the first few budgets proposed under Andrew Carter's government "had no discernable impact" on the nation's economic recovery from the recession, Hewes writes, and had the added effect of "further insulating those at the top of the socioeconomic hierarchy from the effects of the social spending cuts", as studies showed that most of the tax savings incurred by those making £75,000 or more annually was largely put into personal savings, while the tax saved by those making under £75,000 annually was virtually all used for expenses such as rent, housing or groceries. He obliquely referenced a 2018 report by a United Nations rapporteur who blamed the austerity policies for the use of food banks doubling between 2013 and 2017 and the near-complete reversal of the decrease in childhood poverty that both Labour and Conservative governments brought about from 1998 to 2012.

The crossbencher did say that the statements by the prime minister and Chancellor of the Exchequer Kevin Grimes that "the age of austerity is over" were heartening, and did say that the two most recent budgets, which have slowly increased the tax on most income brackets, are "steps in the right direction". But he recommended an immediate increase in government spending to pre-2011 levels relative to inflation, among other items such as keeping interest rates low.

Government supporters labelled the column "hyperbolic", with Conservative backbencher Marshall Weatherly (Hove) calling for Hewes to "check [his] figures". But the nonpartisan London-based Institute for Fiscal Studies backed up Lord Hewes' facts on many key points, such as the increase in childhood poverty, slow labour productivity and income growth over the past decade. Labour leader Jack Coll said that Hewes' column was "an excellent analysis of the governments' economic mismanagement", while leader of the Liberal Democrats Logan Ross used the occasion to urge the government to "reinvest in communities" who had seen their budgets cut since the Conservatives came to power. 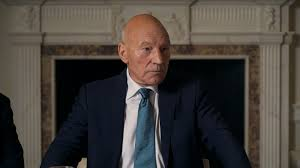 Lord Humes as Governor of the Bank of England in 2002

Marky Bunny said:
View attachment 525021
Lord Humes as Governor of the Bank of England in 2002
Click to expand...

"Financial reform? Make it so!"

Talks between Finn Gael and the Labour Party continued last night amid rumors that a deal had been done between the two parties. Finn Gael who won 67 seats at the election on February 1st require only 13 seats to reach the required 80 seats for a majority in the Dail.

Finn Gael Leader Jim Flanagan is believed to have offered Labour Leader Brendan McMahon both the post of Tánaiste and that of Minister of Foreign Affairs and Trade . Labour's 18 seats are vital in forming what Flanagan has called a "stable & progressive" government. 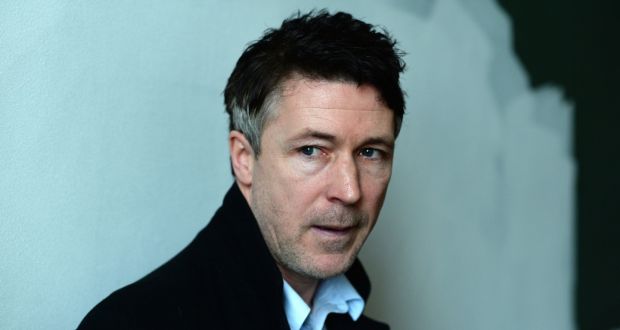 Jabal Nafusah — Former Sultan of Qumar Manab bin Hessani is the "frontrunner" for the new proposed position of President of Qumar. According to sources familiar with the negotiations between Qumar's interim government, American and British authorities and Hessani, the former sultan, who was overthrown in 2016 and has since been in exile in the United Arab Emirates, is the leading contender for the proposed ceremonial position, should Qumari voters ratify a new constitution later this year.

While no official would discuss the proposal on the record, one high-ranking official said that Hessani's absence from the country for the past four years "made him the closest thing to a well-known, politically-neutral figure" after several unnamed candidates were either rejected by various parties privy or declined to be considered when approached.

The former monarch, who led the small Gulf state between 2007 and 2016, was a liberal reformer and clashed with prime minister Zuben Ahmed over the pace of reforms. His leadership of the government after Ahmed left office for the first time in 2014 is widely seen as disastrous, with Ahmed's successor Abdul Mikkuri being arrested for attempting a coup d'état in 2015, and another coup attempt a year later resulting in the country's collapse and his own exile.

In released drafts of the proposed constitution, the president would be the head of state and would be tasked with "safeguarding the Constitution, the preservation of Qumar's sovereignty, independence and territorial integrity", and have several ceremonial duties, including appointing and dismissing ministers on the advise of the prime minister and signing treaties and laws ratified by the national parliament. The position would be elected by three-fifths of parliament to a term of five years with a lifetime limit of two terms.

When are all the State primaries for the midterms? I know the Delaware primary already happened.

RRusso1982 said:
When are all the State primaries for the midterms? I know the Delaware primary already happened.
Click to expand...

Most will be happening "off-screen" as it where. Although they will be happening mostly as per the "real worlds" primaries. The main ones to look out for are:
We give further updates and including full spreadsheets of the races as the year progresses.

Marky Bunny said:
Most will be happening "off-screen" as it where. Although they will be happening mostly as per the "real worlds" primaries. The main ones to look out for are:
We give further updates and including full spreadsheets of the races as the year progresses.
Click to expand...

Looks like the Republicans are in a good place to take the House and gain in the Senate. A lot of red state Democrats up. McCord in South Carolina, Denning in Oklahoma, Smith in Arkansas, Remick in Louisiana. The only blue state Republican up is Ryan in Oregon.

RRusso1982 said:
Looks like the Republicans are in a good place to take the House and gain in the Senate. A lot of red state Democrats up. McCord in South Carolina, Denning in Oklahoma, Smith in Arkansas, Remick in Louisiana. The only blue state Republican up is Ryan in Oregon.
Click to expand...

After the midterms, who do you think are the Republicans looking at 2022? I know that Shallow and Gault are likely not running again. I guess Ritchie, Riley, Clark possibly, Cassidy.

RRusso1982 said:
After the midterms, who do you think are the Republicans looking at 2022? I know that Shallow and Gault are likely not running again. I guess Ritchie, Riley, Clark possibly, Cassidy.
Click to expand...

Gault and Durham no (Gault is running for the Senate this year).Ritchie possibly, Riley no (he is focusing on being Senate Majority Leader) Clark isn't going to go through it all again after the attacks on her son and she has suffered with depression.
Governor Butler of South Carolina, Former Nebraska Governor Moore, Ohio Senator Ruth Norton-Stewart, and Businessman Andrew Long (former independent who ran for Texas Governor in 2016 and Senator in 2018) is now a Republican.
Also likely to be others and maybe a surprise or two.

If the Republicans are in an anti-establishment mood then maybe a Butler/Long ticket?

mspence said:
If the Republicans are in an anti-establishment mood then maybe a Butler/Long ticket?
Click to expand...

Butler is not anti-establishment, and as Governor of South Carolina, he has focused on homelessness and poverty so not normal Republican issues. I think we can all have a guess on what a Long run is going to look like

Rudi Vansen, the former Republican turned independent Governor of New Mexico announced last night at a rally in Santa Fe that he is running for the Senate against incumbent Democrat Andy Ritter and the likely Republican nominee Congressman Henry Riker as an independent.

At the rally Vansen attacked his Democrat opponent "Senator Ritter has failed. He has done nothing for this great state" adding "I am the only candidate who can beat him, I respect Congressman Riker but he can't beat Senator Ritter, I can". 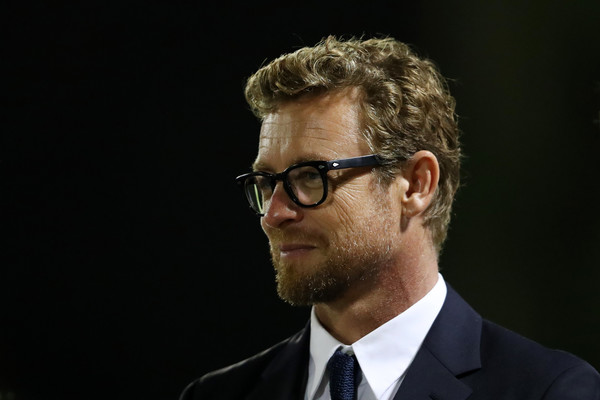 Rudi Vansen at his rally last night announcing his Senate run.
(photo by Simon Baker-orginial thread casting)
Threadmarks
You must log in or register to reply here.
Top
Top